15 Things Police Officers Hate When You Do

No, they don't appreciate your excuses.

It's no secret that police officers have one of the most stressful jobs out there. In fact, one 2019 analysis from CareerCast found that it's the fourth most stressful job in the country, right behind enlisted military personnel, firefighters, and airline pilots.

But it turns out, there are little things everyone can do to make these public servants' jobs a bit easier—and you can start by avoiding these common pet peeves almost every police officer has. From not knowing where your registration is located in your car to trying to talking to them when they're eating lunch on break, these are the things officers wish you'd stop doing.

1
When you get defensive

It's never in your best interest to argue with a police officer. "The vast majority of police officers are simply doing their job and want to get through the interaction with as little conflict as possible," says Leonard Sipes, a former police officer who operates the news site Crime in America.

"When people are overly defensive as to why they were stopped either on the street or while driving, it arouses the suspicions of the police officer that the person may be up to no good," he says. "That [often] mandates additional checks of the vehicle, the person, and the person's driver's license and registration card."

2
Or try to litigate your case at a traffic stop

You might disagree with why you were pulled over, but getting into a debate with a police officer at the time of the citation is not going to win you any points. "If you disagree with the actions of the officer, then take it to his or her superiors or go to court to contest the interaction," says Sipes. "You have all the time in the world to make your case, but during the stop, it's in your best interest to be cooperative."

3
When you use ridiculous excuses for speeding

Save for a few legitimate excuses, you're probably going to get a ticket no matter what you tell the officer who pulled you over. But if you do decide to lie, avoid some of the more cliched excuses. "People need to get more creative with their excuses when dealing with us," writes officer David Murray for PoliceOfficer. "Time and time again the same excuses and reasons are handed to us by people who just can't admit their mistake."

Murray says excuses like "I didn't see the sign," "I'm new here and didn't know," and "What about that guy?!" are just a few of the ones you should keep out of the conversation.

While most officers don't mind offering some simple directions to a citizen who's lost, that doesn't mean they're there to respond to any issue you might have. Helping you jumpstart your car or loading heavy boxes into your trunk are distinctly not in an officer's job description. Police officers are busy with plenty of other issues that need (and actually warrant) their attention and they don't appreciate being put in a position to tell you no.

5
When you don't know where your registration is

Every driver should have their current insurance and registration information easily accessible in their car's glove compartment should they get pulled over. Unfortunately, that's not always the case, which can put officers in danger as well as get on their nerves.

"Imagine standing in the hot sun with a vest on while cars whiz by you at 90 miles per hour while a motorist proceeds to show you every old card they can produce from their glove box," says attorney and former police officer Phil Brailsford.

While most officers strive to get to know the people who live in the communities they serve, that doesn't mean they enjoy being interrupted when they're on a break. One police officer on an Officer.com forum notes that it bugs them "when citizens come up to me and the guys at dinner time to tell me about…whatever. Would you walk up to a group of plumbers and talk about the last time your toilet was clogged?" asks the officer. 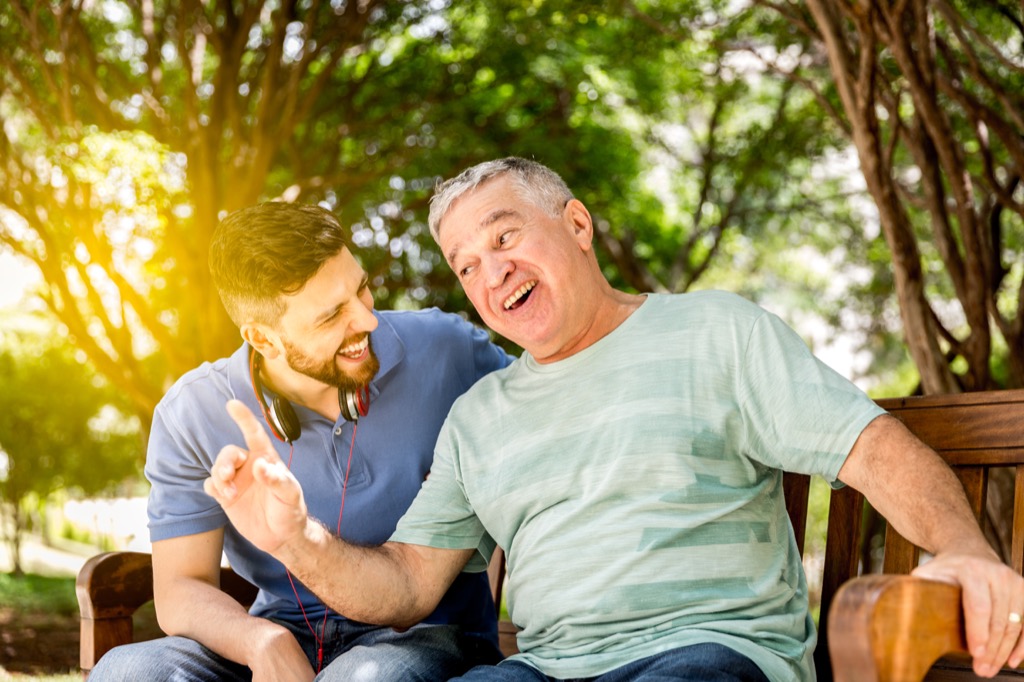 Police officers have heard this joke way too much for it to still be funny. "If you see a cop walk into a restaurant, please don't throw up your hands and shout, 'It wasn't me!'" says Brailsford. "This joke is old and tired—and you're better than that."

He urges people to instead put themselves in the police officer's shoes: "Imagine that officer just came from responding to a child drowning or a grizzly crime scene. Like all humans, they need some sanctuaries where they can just relax and unwind."

This is another tired joke that every cop has heard dozens of times. "If you're with your kids and you see a cop, please don't turn to them and loudly say, 'Better eat your vegetables, or I'm going to have that police officer arrest you,'" says Brailsford. "Like telling a tall joke to a [really tall] person, they've probably heard it—earlier that day!"

9
When you're irresponsible with your things

Sometimes, a lack of common sense can rub officers the wrong way. "I get tired of taking a theft-from-vehicle report because your laptop was stolen from your car for the third time," writes one officer on the Officer.com forum. "You shouldn't have left your laptop in plain view the first time (but I'll give you a freebee), but … why did you continue to leave it in your car a second and third time?"

10
When you tell them how to do their job

Let's say you have to call the police on a loud house party next door or a suspicious person on your block. Now that you've notified the police, it's in the officers' hands—and you shouldn't try to meddle any further. "I can't stand the 'I know the law' mentality when in all reality they have no idea what they are talking about," writes another officer on the Officer.com forum.

The officer vents about callers who "expect an arrest to be made or handled the way he or she sees fit … If the role is reversed and the same person is a suspect they would throw a fit if they are treated or handled the way they expect us to treat people that have wronged them. [These types of people] expect us to bend the criminal law or make new laws on the spot just to benefit them at that particular time."

11
When you think your kids can do no wrong

The only thing more annoying than an overly defensive suspect is one who gets their parents involved. "Believe it or not, kids do actually screw up sometimes," notes an officer on the Officer.com forum. "I'm tired of the parents in the nice part of town with their 16-year-old daughter driving a 2007 Mercedes Benz at 21mph over the speed limit telling me that their daughter would never speed so I was just harassing a poor innocent girl. Wake up, parents!"

12
When you don't turn on your headlights 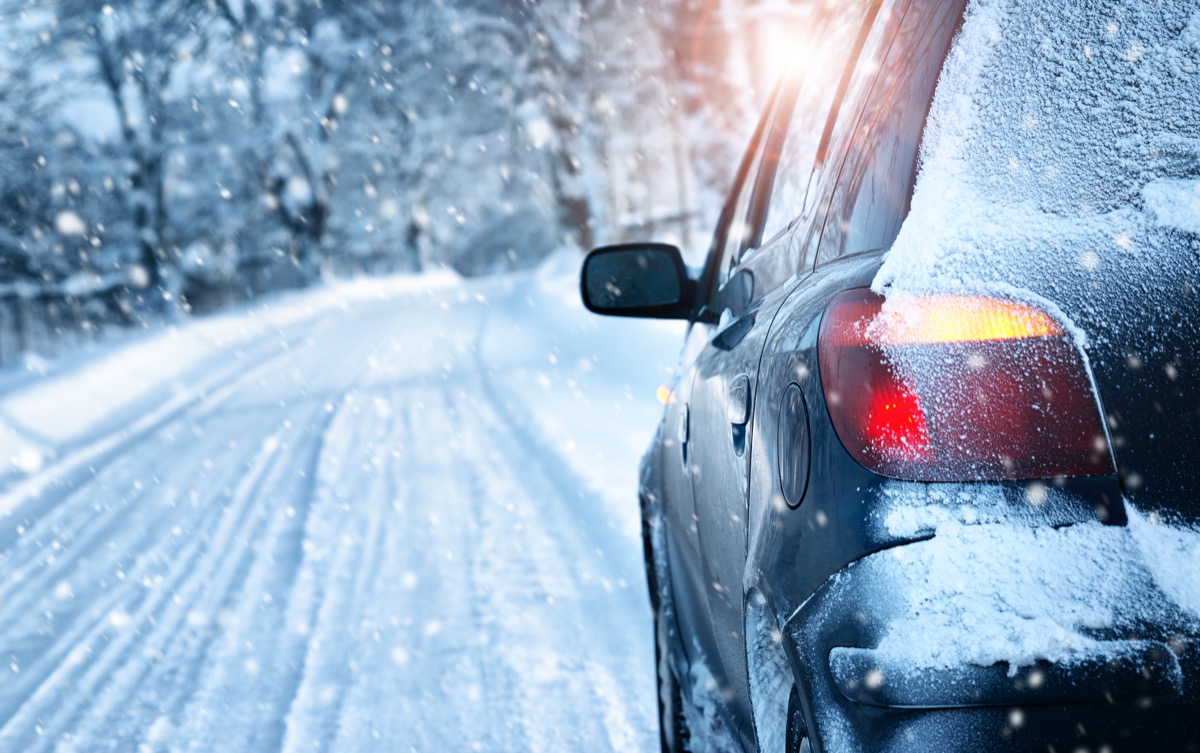 When it's raining, snowing, or dark outside, your headlights need to be on. "It's not so you can see … it's so other people can see you," writes one officer on the Officer.com forum. "And no, daytime running lights don't count." Plenty of accidents could be avoided by following this pretty basic step.

13
When you think your situation should take priority

Snipes says that it's not unusual for an officer to have two or three additional calls waiting for their response on top of the one he or she is in the middle of. That means the officer can only spend time with you and your situation if there is a compelling enough reason (i.e. violent crime, medical need, suspect in the area, crime in progress).

"Citizens get frustrated when their burglary or theft is not investigated by sending a crime lab to their location," he says. "For most jurisdictions, no one is sending a crime lab for a burglary. There are simply too many violent crimes that need that resource."

14
When you assume that officers don't care

Officers need to stick to a protocol in their interactions and prioritize their tasks based on urgency. "Yes, the officer understands that your burglary is very important to you … but remember, there are others waiting for the officer to arrive," says Sipes.

In other words, just because something is the most pressing issue in your life right now doesn't mean it's the only thing on the officer's plate at the moment.

15
When you overlook how intense their jobs can be

"Cops see many things, from fatal accidents and making death notifications at 1 a.m. to child abuse and domestic violence cases," says Sipes. "My first domestic violence call involved a drunken husband repeatably hitting his wife in the head with a frying pan."

And of course, those experiences can weight heavily on officers' minds. "We are discovering more officers with depression and PTSD symptoms," says Snipes. "We are noticing more use of drugs and alcohol. Suicides are becoming a real problem, nine in New York City this year." So next time you interact with a police officer, try to bear in mind what else he or she might have been through that day. And if you're looking to extend a little extra niceness to everyone you encounter—including officers—try one of these 33 Little Acts of Kindness You Can Do That Are Totally Free.