17 Ways You're Practically Inviting Burglars into Your Home

Patch the greatest breach in your security system: You.

While the number of burglaries in the United States has decreased more than 37 percent in the past 10 years, the FBI reports there were still an estimated 1.4 million cases last year alone. And get this: more than double of those residential burglaries occurred during the daytime, not at night, like you might expect.

No matter what time of the day it is, plenty of those crimes occur because people are practically inviting the bad guys into their homes. Whether you're still using a fake rock to hide your spare house key, announcing vacations on social media, or leaving tools out, here's every mistake you're making that's preventing you (and your valuables!) from staying safe.

1
Leaving a Key Under a Fake Rock

Back in the day, it seemed like everyone had a spare key hidden under a fake rock by the front door, under the doormat, or beneath a flower pot. Because of that, none of those options are a good place to store an extra—they're the first places burglars look. Instead, keep a second set of keys in a safer spot for those few times you get locked out, like with a trustworthy family friend or in a hiding spot in your car.

2
You Don't Have a Security System

Long gone are the days of home security systems costing a fortune. Now, you can easily get onto Amazon and order a setup that will be at your doorstep in just a couple days. Not only will you get some ease of mind, but a 2017 study published in Security Journal found homes with security systems—which includes door and window locks, as well as external lights—offer 20 times greater protection against burglars than having no security. So if you're worried about burglaries in your area, it might be worth decking out your home.

3
You're Sharing When You're Away 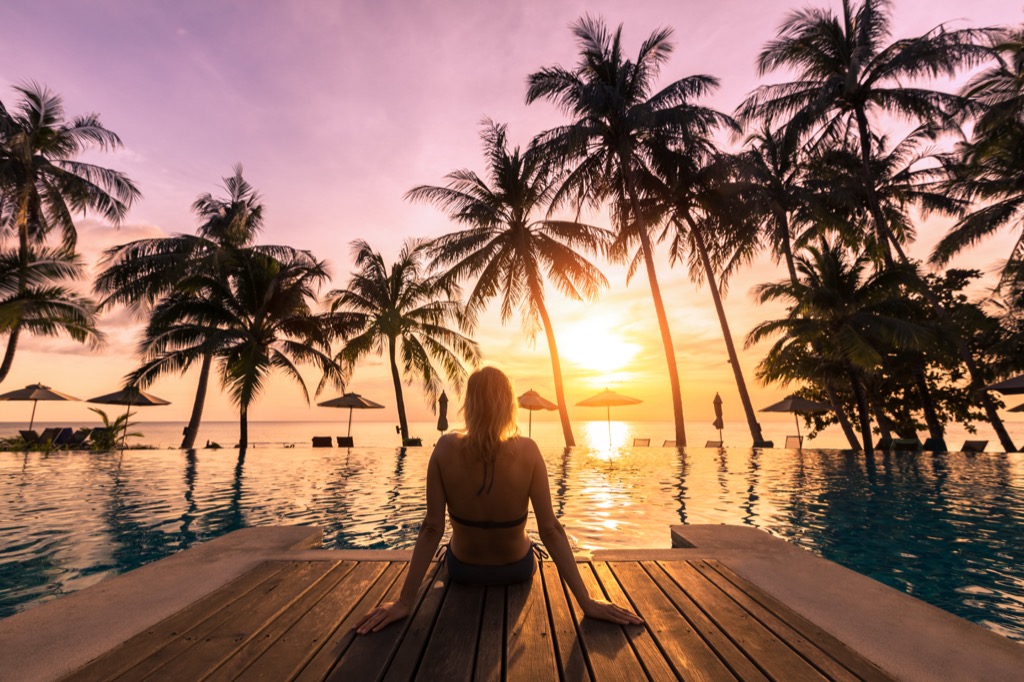 When people go on vacation, they love sharing every detail of their trip on social media. Bad news, though: You're basically giving burglars a heads up that you're out of town and your place is totally free to break into. Instead of posting about your trip in the moment, wait until after you get back home to avoid anyone scoping out your obviously empty house and going on a free shopping spree. 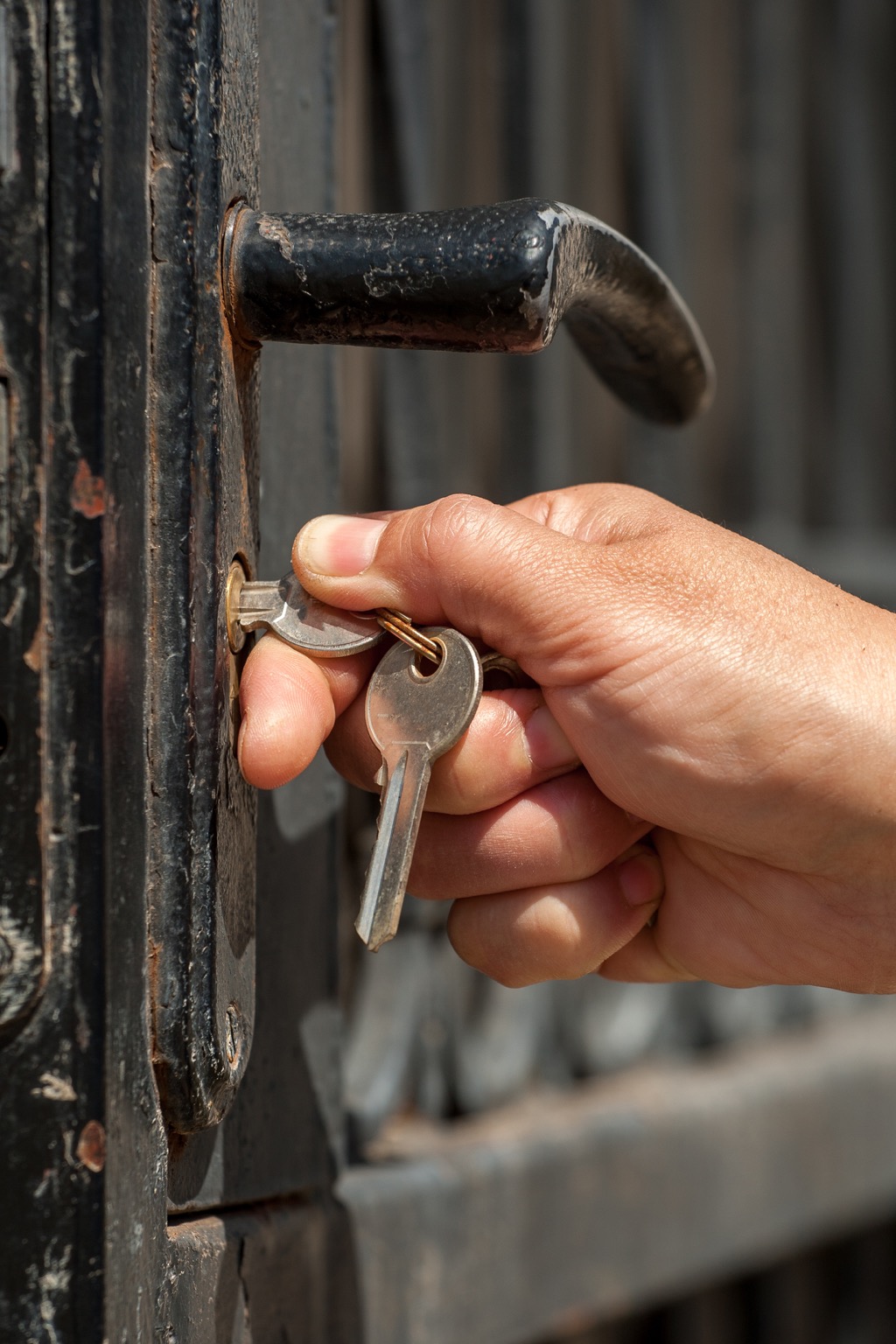 When you live in a small town and know everyone in your neighborhood, you don't really feel the need to lock your doors. The simple act of locking up, though—which takes about a second, by the way!—can offer more protection than you think. It might seem like all burglaries are due to forced entry, but 30 percent happen through an unlocked door or window. Basically, don't make it easy for someone who's up to no good.

5
Not Having Motion Detectors for Outdoor Lights 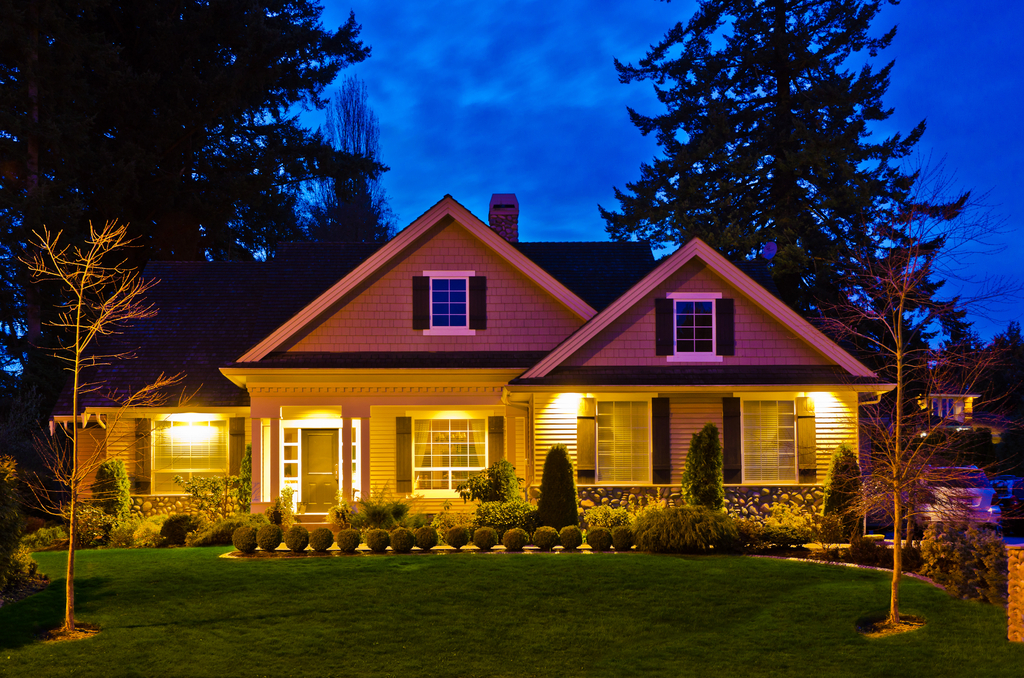 Burglars aren't afraid of the dark, but they're definitely afraid of light. Studies have shown having exterior motion lights that come on when they detect someone snooping around can help prevent burglaries, so it's worth making the investment. You might as well scare the bad guys off before they get the chance to strike.

6
Leaving Trash Out for Expensive Items

After setting up your brand-new 60" TV, where does that oversized box go? Right out to the curb. And if a burglar spots it before it's picked up and taken away with the rest of your garbage and recycling, you might be in trouble: You're basically telling people what pricey valuables you have hanging out in your home ready to steal.

7
Leaving All Your Lights On When You're Away 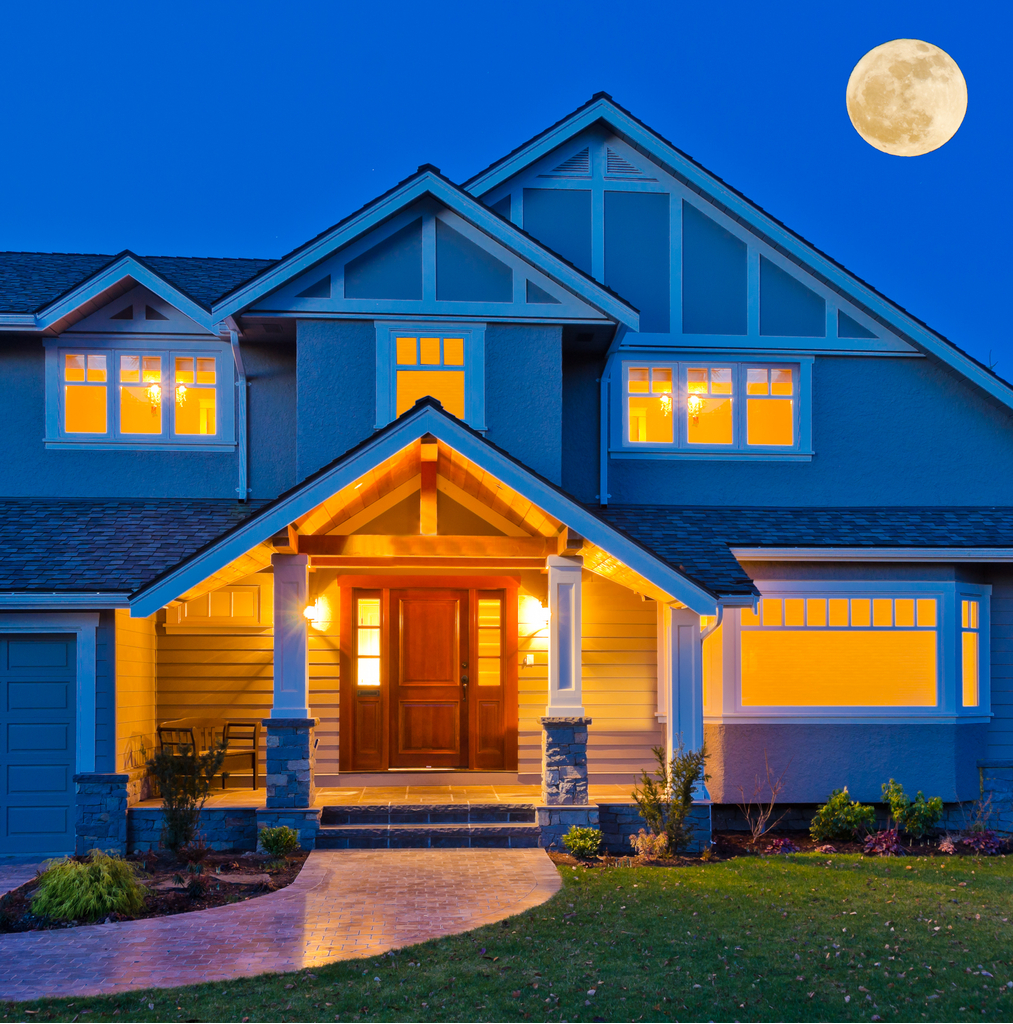 It's tempting to turn on all the lights in your home when you're away to make it seem like you're still home, but burglars will see right through that tactic. Unless you're going to pull a Kevin in Home Alone and hook up some dancing mannequins to make your abode seem more lively, you're better off investing in some lights that turn on with a timer opposed to just being on 24/7—something you can even schedule through a device like Amazon Echo.

8
Not Burglar-Proofing Your Patio Doors 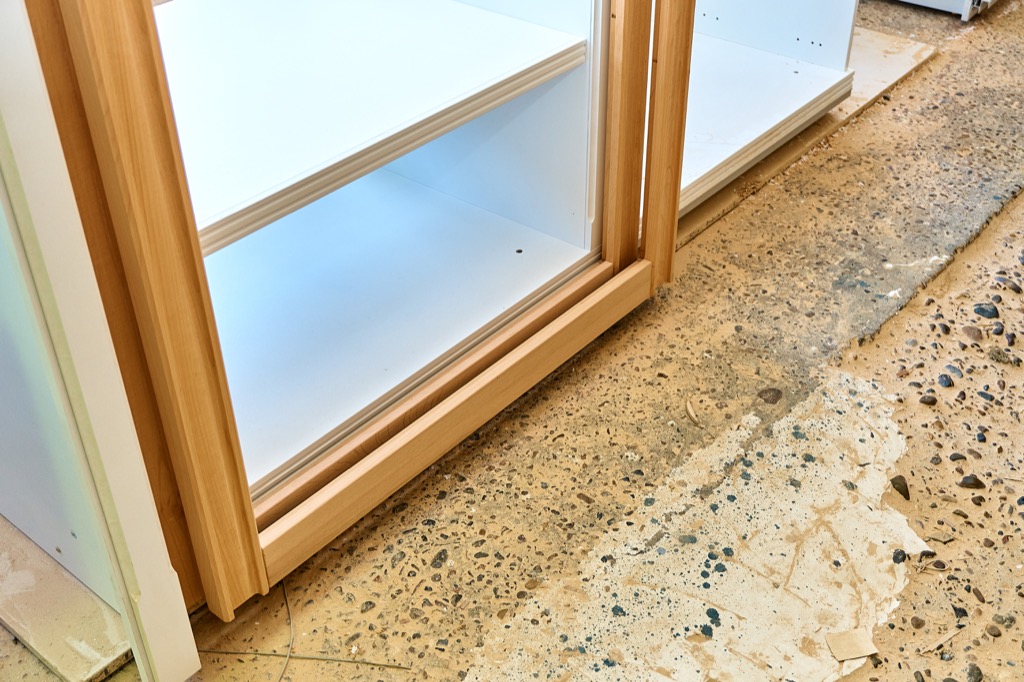 Those locks on sliding patio doors really aren't very strong, making it easy for burglars to gain entry through them. One simple way you can better protect your home is by adding a board into the track, which ensures it won't be able to open up even when it's unlocked. Considering they only cost a couple bucks, it's definitely worth grabbing one.

9
Leaving a Ladder Out

Leaving a ladder out seems harmless enough, right? Not when it comes to burglaries. Whether it's already leaning against your house or in an open or easy-to-access garage or shed, a former burglar told BrightNest it's one of of the easiest ways for them to get into your home since second-story windows tend to be left unlocked.

10
You're Relying on Dummy Alarms 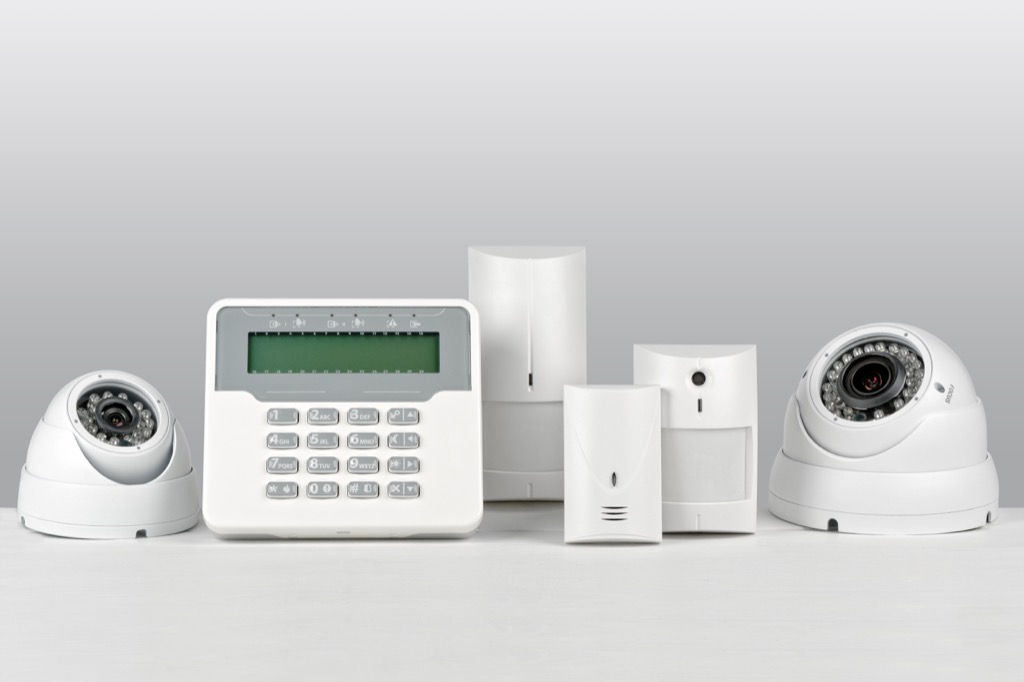 While having a security system is obviously a huge benefit, solely relying on burglar alarms and dummy alarms actually have a counterproductive effect, says a study published in Security Journal. Instead of protecting your home, they were found to offer less protection than having no security at all, possibly due to alerting the burglar there are most likely valuables to keep safe inside. If you're going to spend money on security, make sure it's real and will actually make a difference. 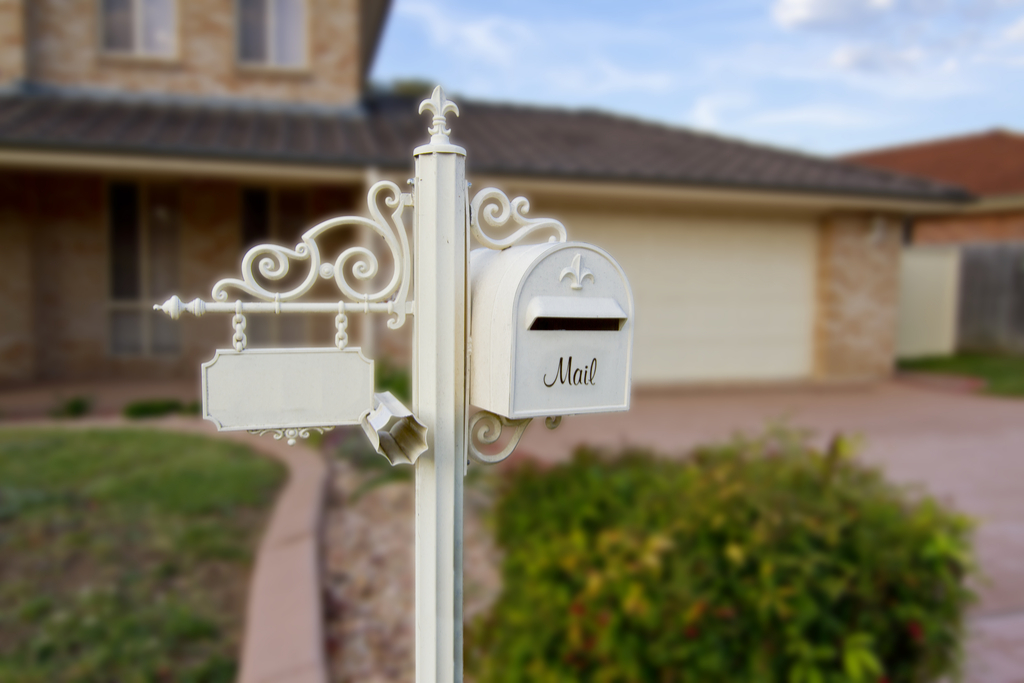 The next time you go on a trip, you might want to ask a trustworthy neighbor to collect your mail for you. Letting letters and newspapers pile up at your front door or in your mailbox is basically announcing to any potential burglars that you're not home, making your house a super-easy target.

12
Being Detailed About Your Alarms 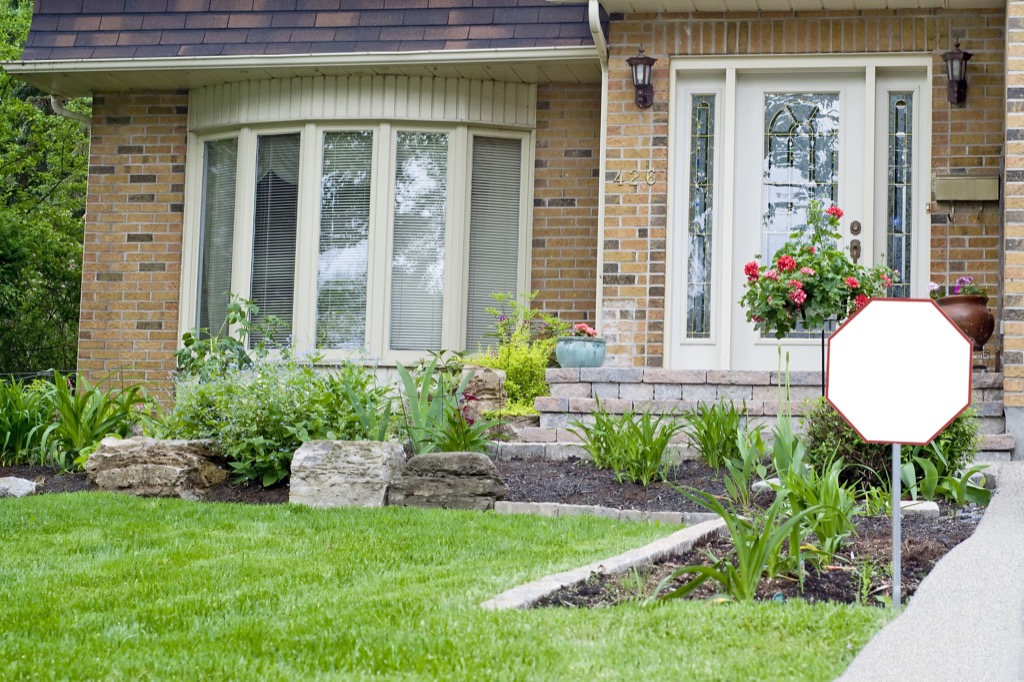 You might think posting a detailed alarm sign by your front door is a great way to make anyone who's thinking about robbing your house steer clear, but it's actually giving them valuable information about your home. According to Get Rich Slowly, it lets the burglar know the exact alarm company your security system is from, making it easier for them to plan ahead and know how to correctly disable it.

13
Providing a View of the Alarm System 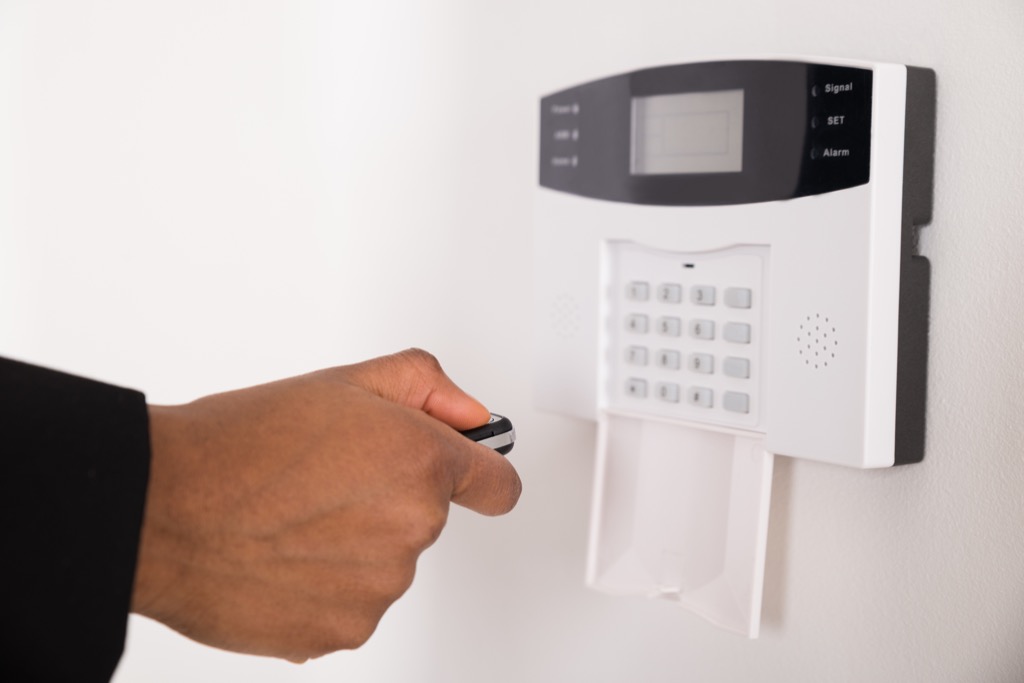 If your alarm system is viewable from a window or door—even from a mirror's reflection—it's making burglars' lives incredibly easy. Instead of having to guess whether it's turned on or not and take their chances, a quick look will give them all the information they need, says BrightNest.

14
Not Locking Your Garage Door

You keep your house all bolted up, but how about your garage door?Burglars can easily break in with nothing but a coat hanger and gain access to everything stored in there, as well as what's in your house if the two are connected, says Corporate Travel Safety. Talk with your security company to better secure the space, and be sure to keep any valuables out and the door to your home locked. 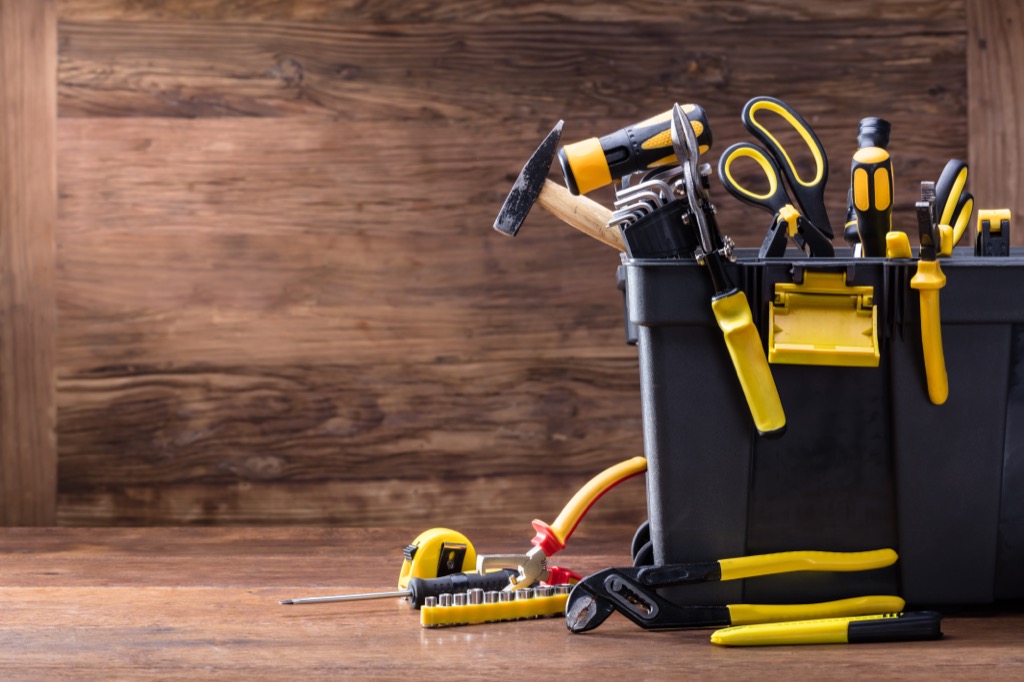 Leaving a ladder out is just one problem to be weary of. If there are tools in your garage or shed that are easily accessible, you could be giving a burglar everything they need to break into your home, whether that's a hammer, saw—you name it.

16
Showing Off Your Valuables

Social media isn't just a simple way for burglars to see if you're home or not—it's also a great opportunity to see what expensive items you're showing off online. It might be fun to post pictures in your pricey jewelry or of your electronics, but it's just giving someone the chance to make a list of must-grabs before they come into your home.

17
Having Untrimmed Bushes Around Your Home 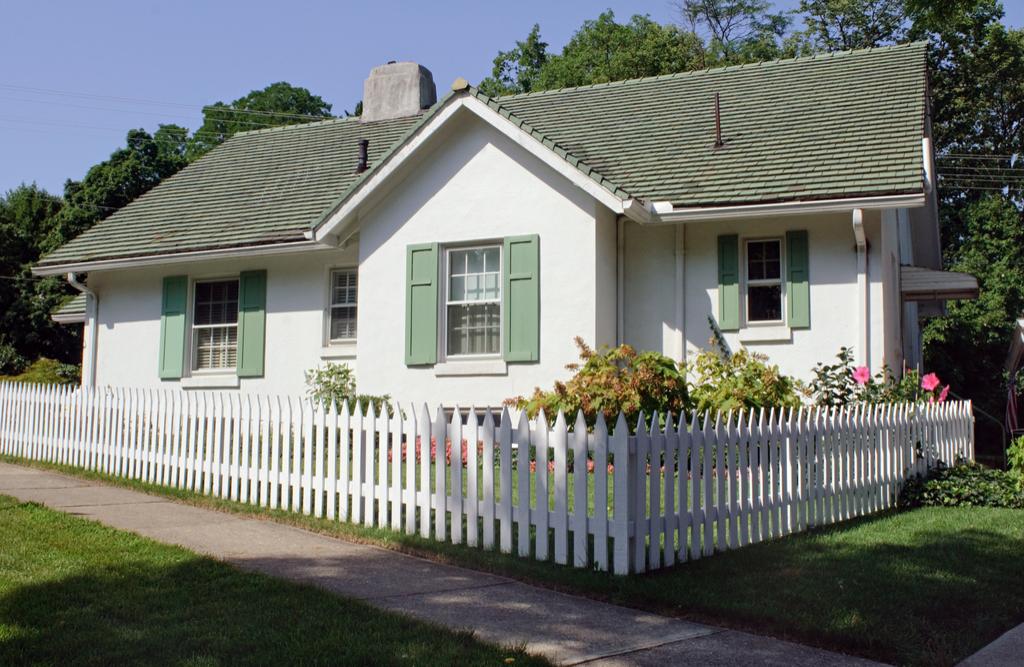 All that greenery around your house is nice until you realize how good of a hiding spot it is. Whether someone is trying to peep in your windows to see if you're home or are looking for a private break-in spot, make sure your bushes aren't unruly and giving someone coverage when they're trying to rob you.