30 Most Dangerous Roads in America

From dangerous drivers to treacherous terrain, these roads are not for the faint-hearted.

America is a country built for driving. All told, there are 2.7 million miles of road in the United States—enough to go around the entire world almost 110 times. And with that many routes to ride on, you can be sure that some roads are going to be less safe than others.

In fact every year, more than 30,000 people are killed in car accidents. And while no one road is to blame, there are certainly some that host more than their fair share of fatal accidents. Here we've rounded up the most dangerous roads in America, helping you make that next road trip—or just your morning commute—a whole lot safer. And if these driving dangers have you thinking flying is more appealing, you should know The 10 Worst U.S. Airports for Summer Travel. 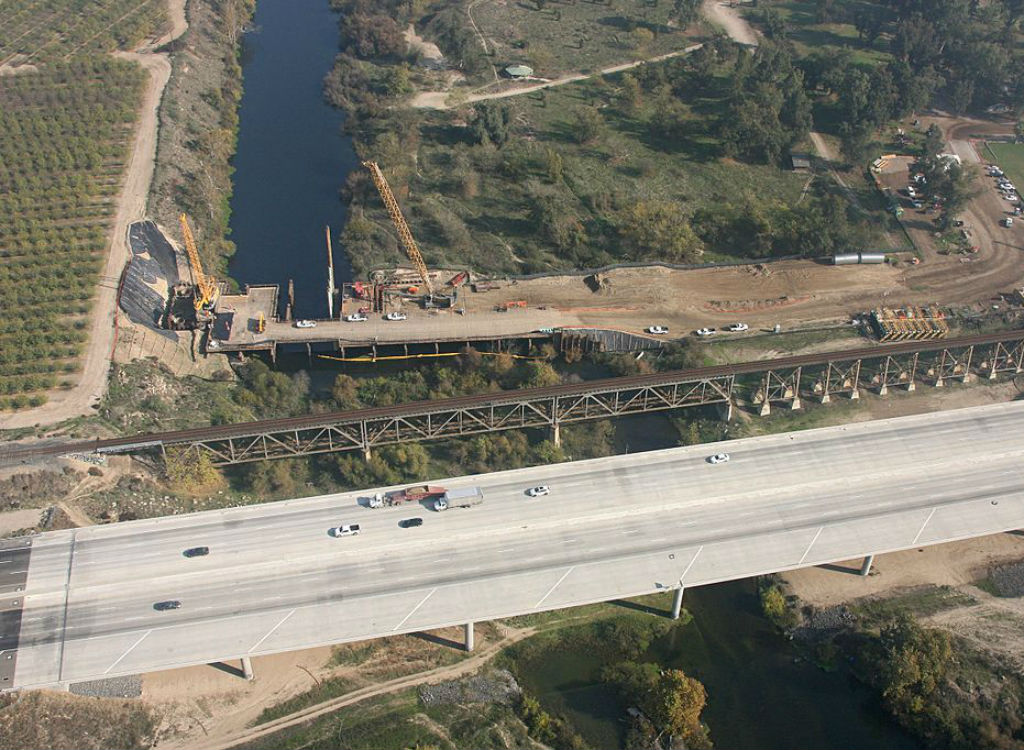 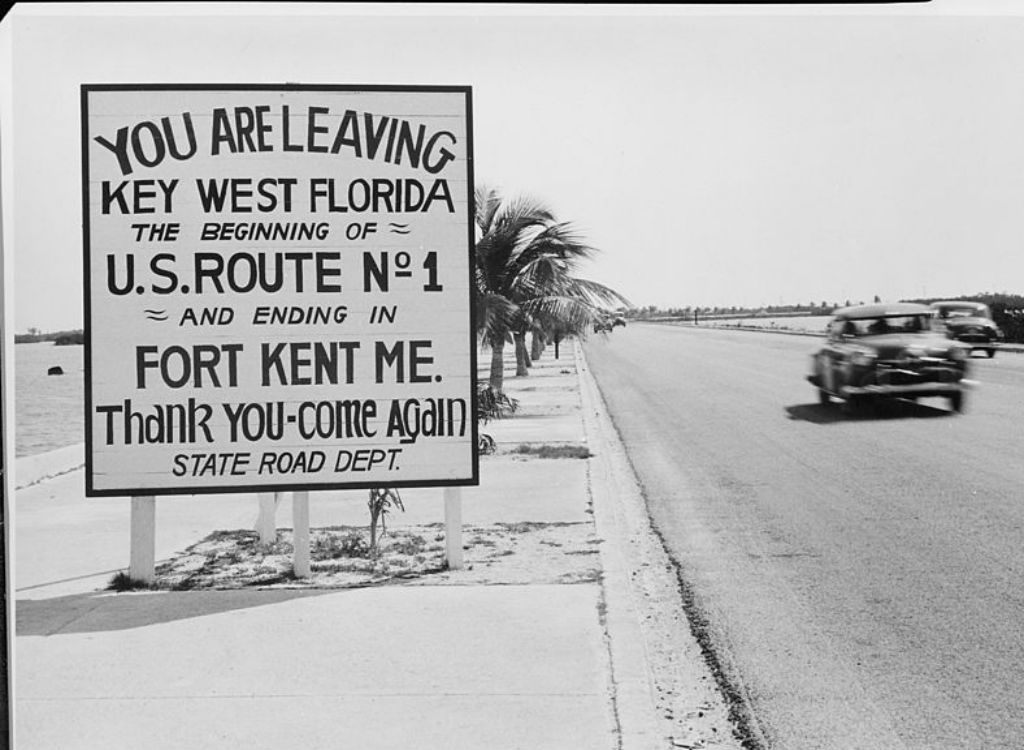 U.S. Route 1 is the longest north-south highway in America, running 2,369 miles from Fort Kent, Maine, down to Key West in Florida. It's the most dangerous highway in Maryland and Maine, and the Florida section of Route 1 had more than 1,000 fatal crashes over the course of a decade, making it one of the deadliest roads in the country. And if driving the country from top to bottom sounds enticing to you, check out these 40 Roads Everyone Should Drive by Age 40. 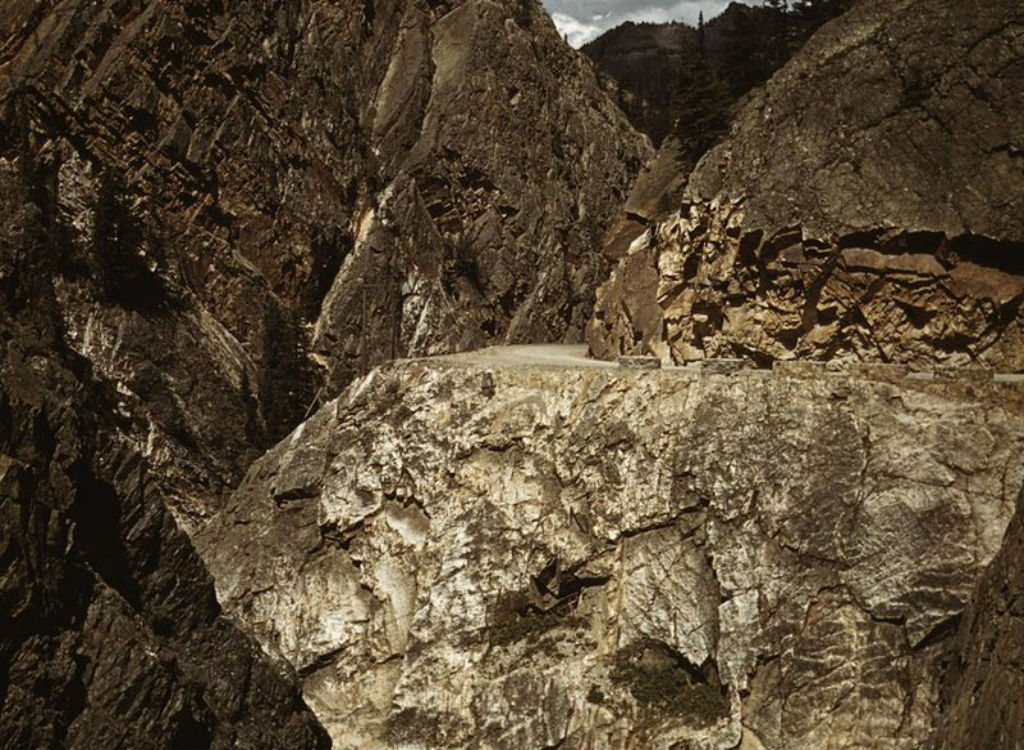 Also known as the Million Dollar Highway, U.S. Route 550 offers unparalleled views as it makes its way through the Red Mountain Pass in the San Juan Mountains of Colorado. However, the hairpin turns of this narrow, winding road don't have guardrails to keep you from plummeting over the edge, so the 25-mile drive can be a real white-knuckle ordeal. 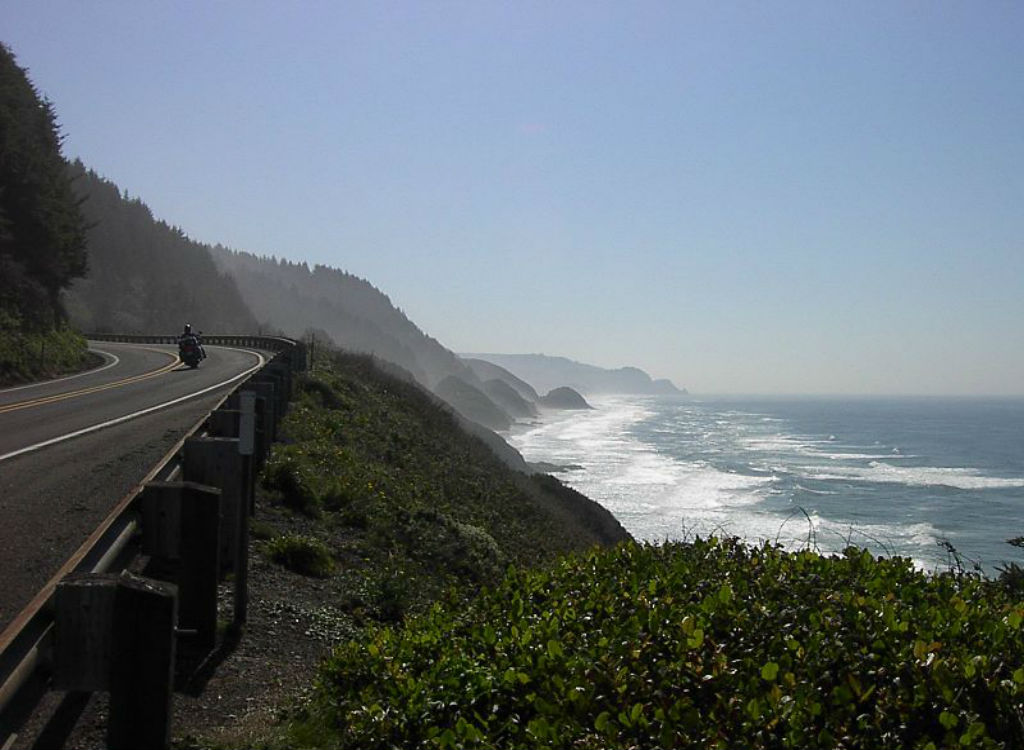 Though it travels from Los Angeles all the way to Tumwater, Washington, the portion of U.S. Route 101 that runs through Oregon, known as the Oregon Coast Highway, is especially dangerous. It averages 34 fatal crashes a year over the course of the 363 miles it runs parallel to the Pacific Ocean. And for some safe ways to have fun on the road, check out The 33 Best Roadside Attractions in America. 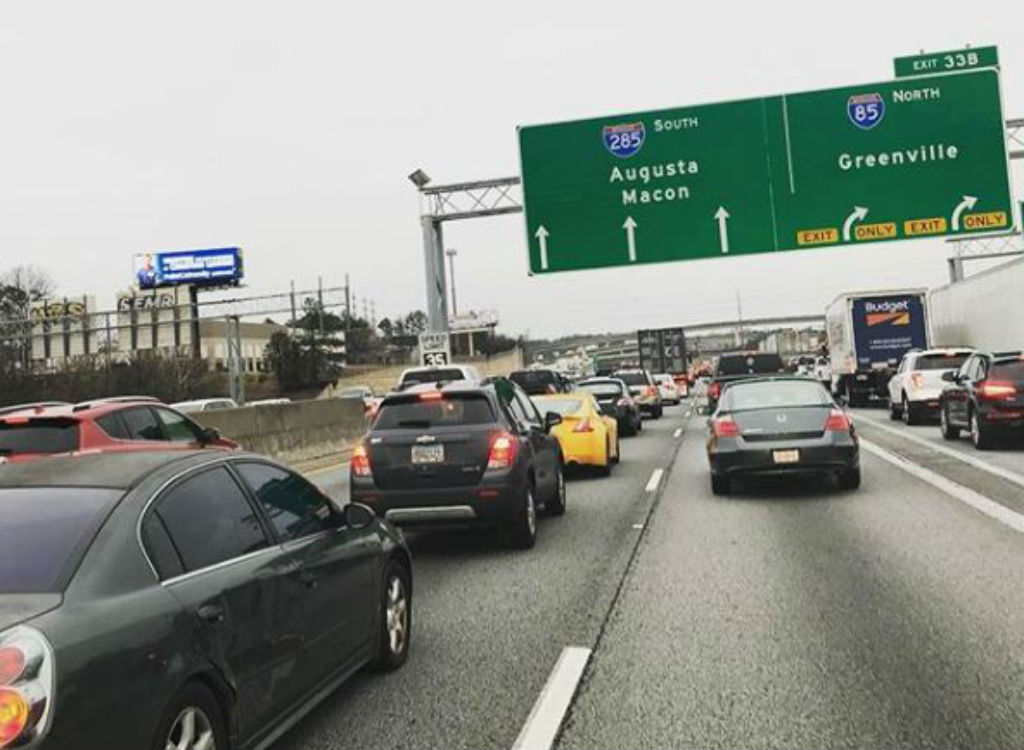 If you've ever driven through, or rather around, Atlanta, you've probably experienced I-285, also known as The Perimeter. It circles the city in a 63-mile long loop that links all the interstates that cross the city. The high density of traffic, sharp turns, semis, and interchanges make for some seriously risky driving. It is frequently named one of America's most deadly freeways. 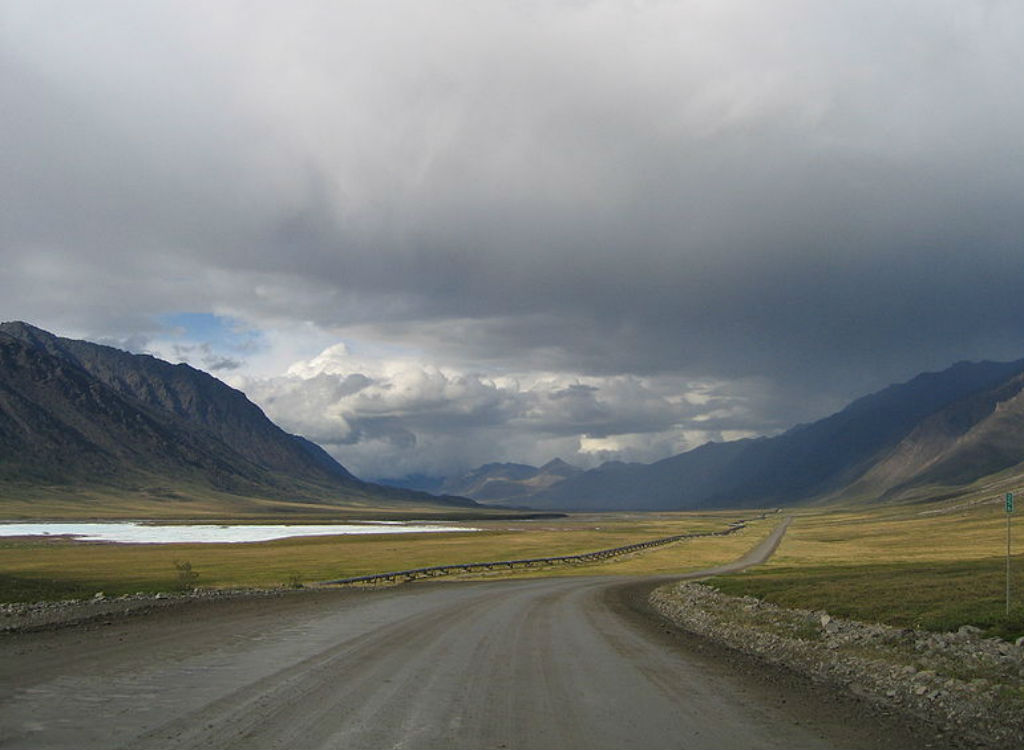 The James Dalton Highway in Alaska opened in 1974, and became open to tourists 20 years later. You might know it as the treacherous road that inspired Ice Road Truckers, and it's mostly used to transport oil and gas. The road is incredibly remote, with only three towns along its entire 414-mile path from Fairbanks to Deadhorse. Car rental companies don't generally allow their cars on this road, and helicopters make twice daily patrols to look for accidents or breakdowns, so if something happens out there, you're probably going to be on your own for a while. 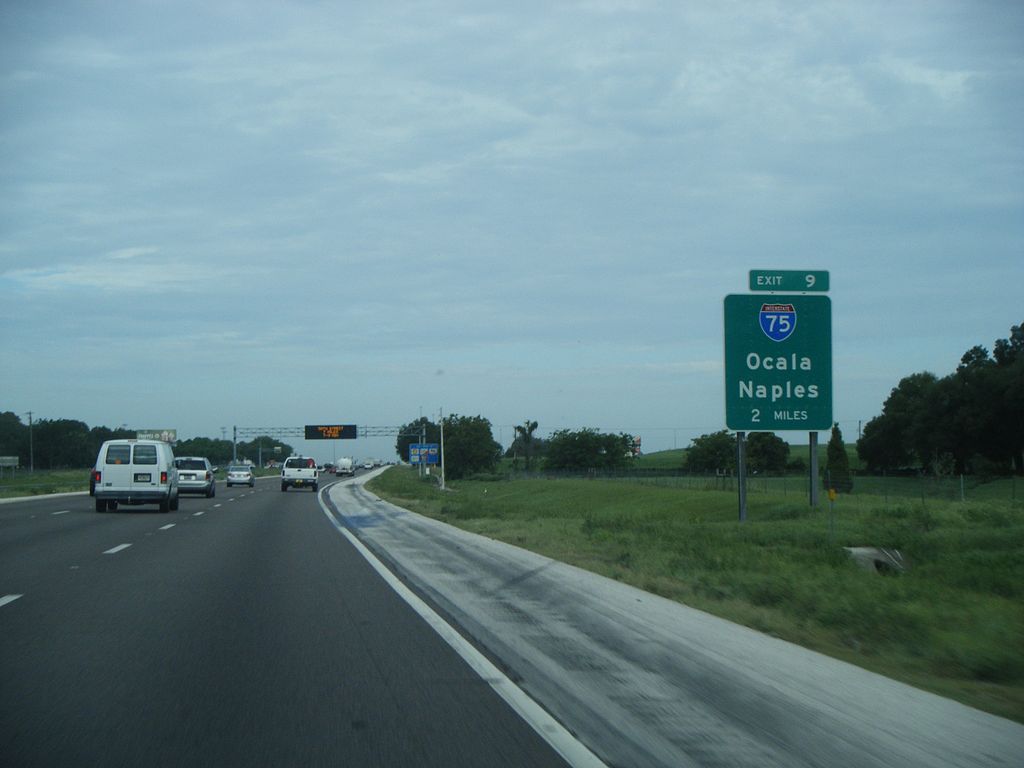 Interstate 4 runs 132 miles from Tampa to Daytona Beach in Florida. It averages 1.4 fatalities per mile, and is frequently ranked among the most dangerous interstates in the country. Florida's lax laws regarding cell phone use while driving might have something to do with so many of the state's highways being so dangerous. And if you're having a hard time putting down your phone, check out these 11 Easy Ways to Conquer Your Smartphone Addiction. 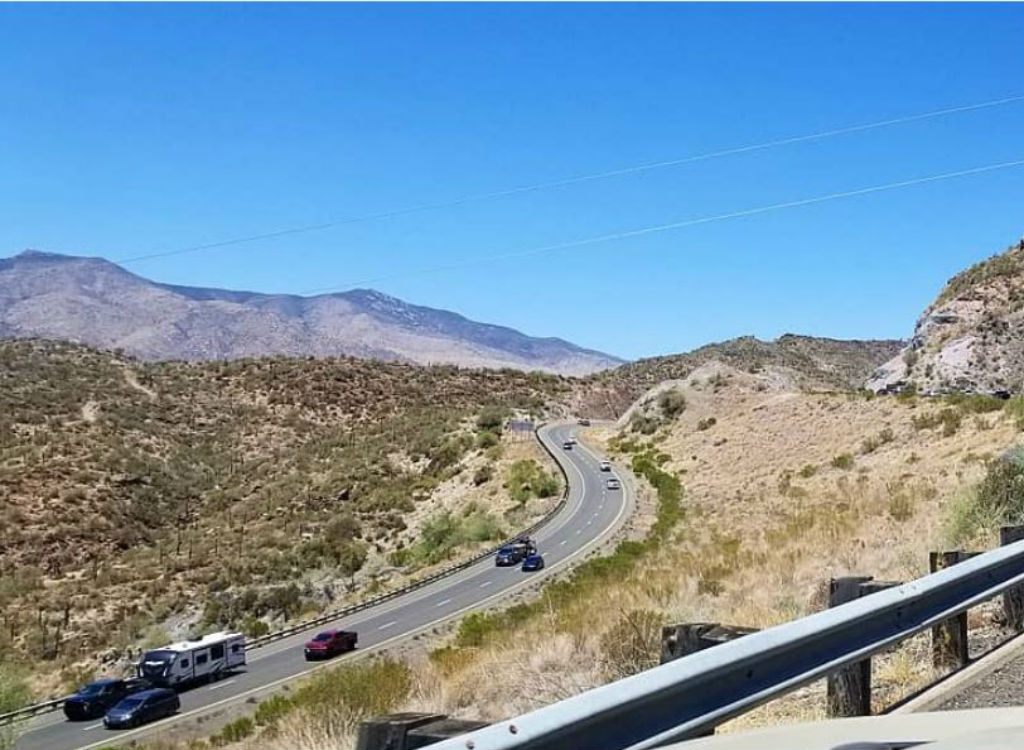 Interstate 17 is contained entirely within Arizona, running from Flagstaff to Phoenix, with amazing views along the way and several scenic view exits drivers can take advantage of. The road is just under 176 miles in length, but it averages 0.84 deaths per mile. 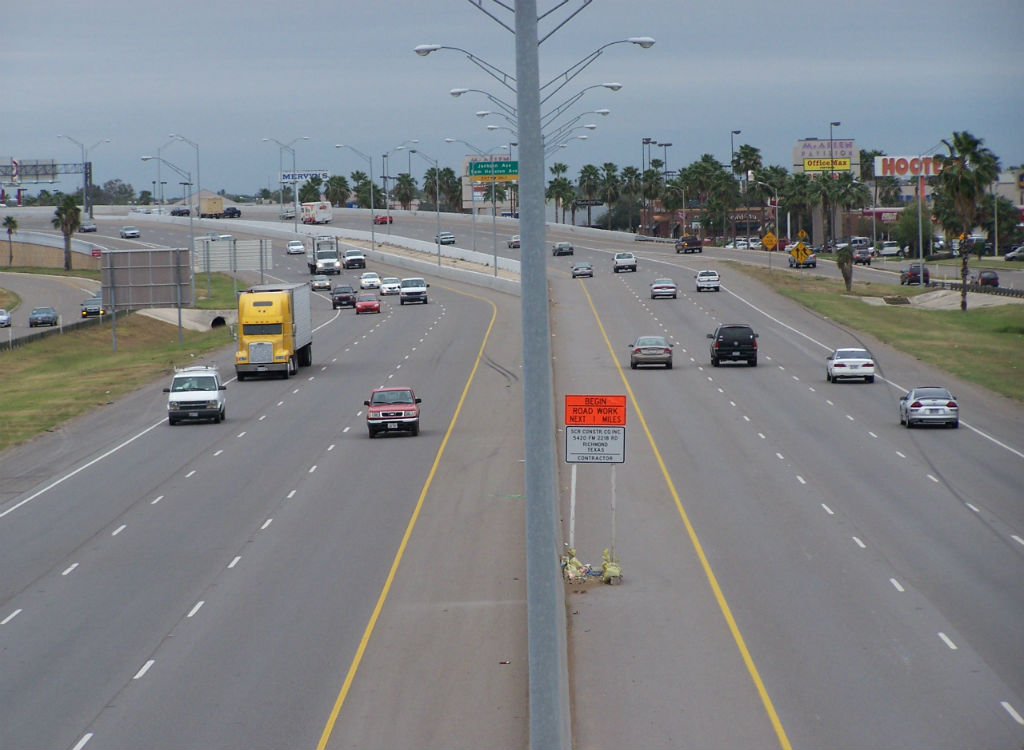 US-83 runs from the Canadian border all the way down to Mexico, running through Texas, Oklahoma, Kansas, Nebraska, and the Dakotas. In Texas, it's particularly dangerous, averaging 26 fatal crashes each year for the past decade. That's one every other week. 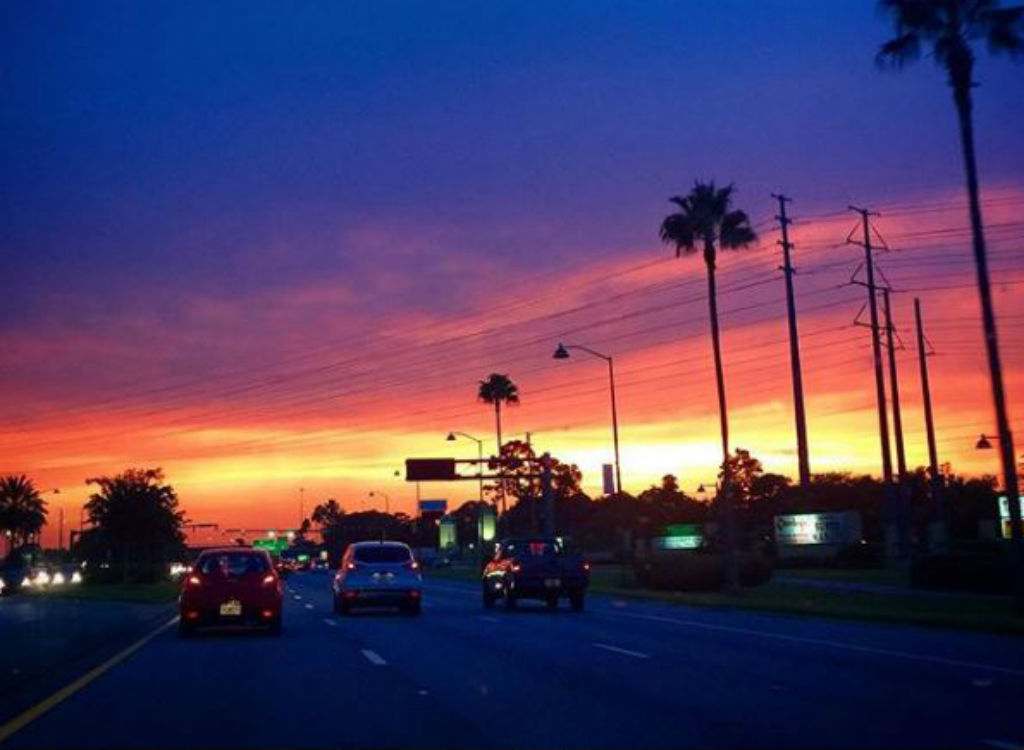 Running a brief 75 miles through Florida, U.S. Route 192 runs past Walt Disney World, Kissimmee, St. Cloud, and Melbourne. It's a short highway, but there's a lot going on in those few miles. The road averages 0.87 deaths per mile. 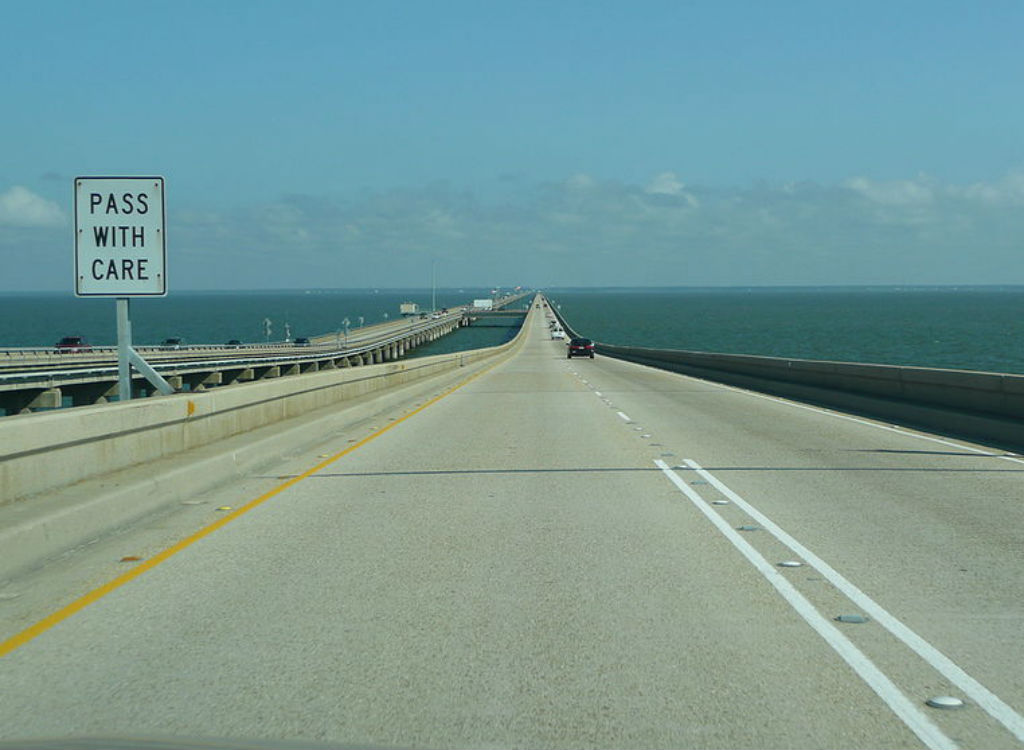 The Lake Pontchartrain Causeway in Louisiana holds the Guinness World Record for longest continuous bridge over water, which makes for some very scenic driving. However, the driving can also be quite dangerous, with fog sometimes rolling in so thick that police convoys are needed to usher people across the bridge. 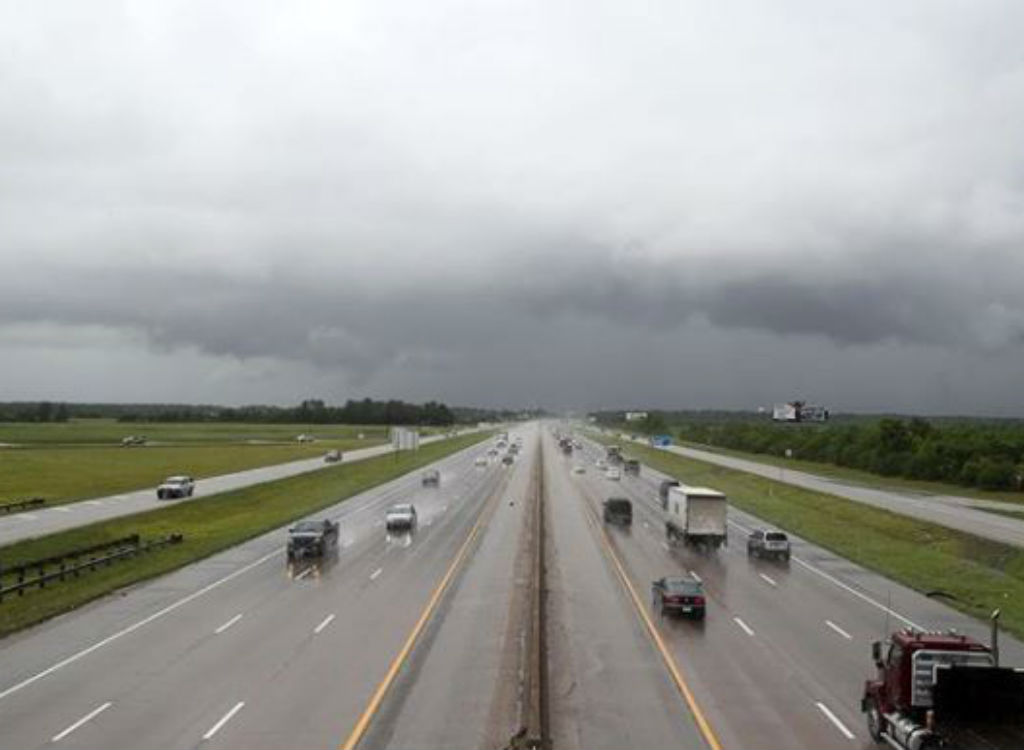 I-45 runs for 284.9 miles through Texas, from Galveston to Dallas. It's the shortest primary interstate in the country, and the only primary interstate that's only in one state. The highway averages 0.56 fatal crashes per mile. Unfortunately, drunk driving contributes to a large proportion of its crashes. 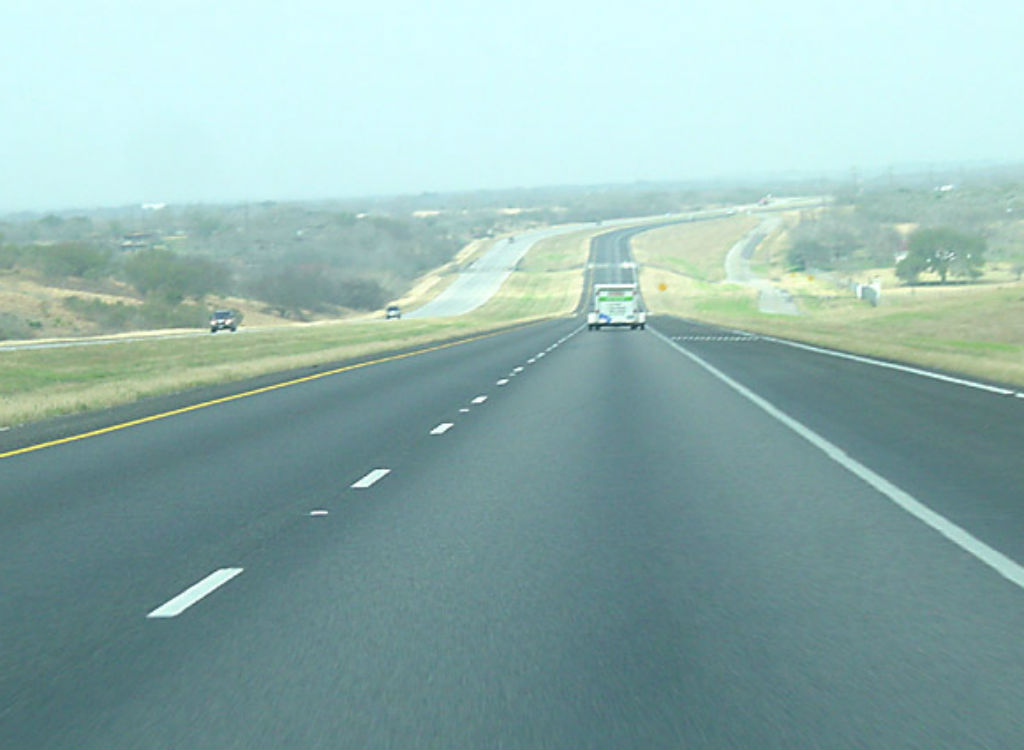 In the short 143-mile span I-37 runs from San Antonio to Corpus Christi, it manages to average 0.65 deaths per miles each year, making it one of the most dangerous interstates in the country. 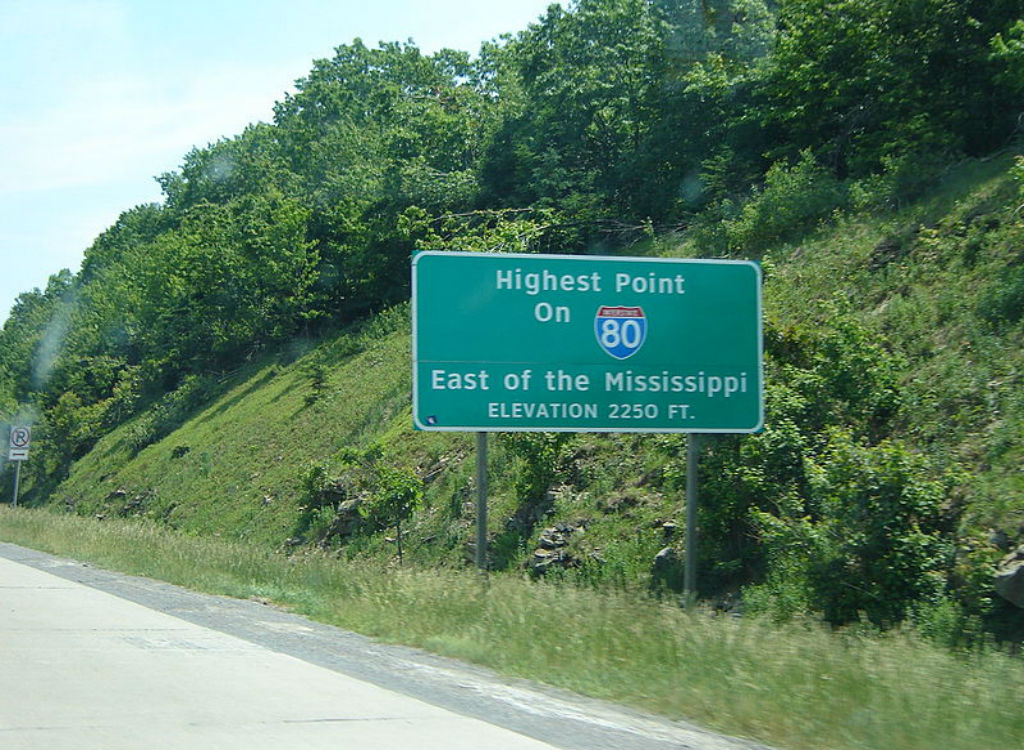 Interstate 80 is the second longest interstate in the country. It runs from Teaneck, New Jersey, all the way to San Francisco, traversing 11 states over the course of its 2,899 miles. It also the most dangerous road in 5 of those 11 states—Nebraska, Wyoming, Pennsylvania, Iowa, and Nevada. Each of those states has 16 fatal crashes each year on their section of the interstate. 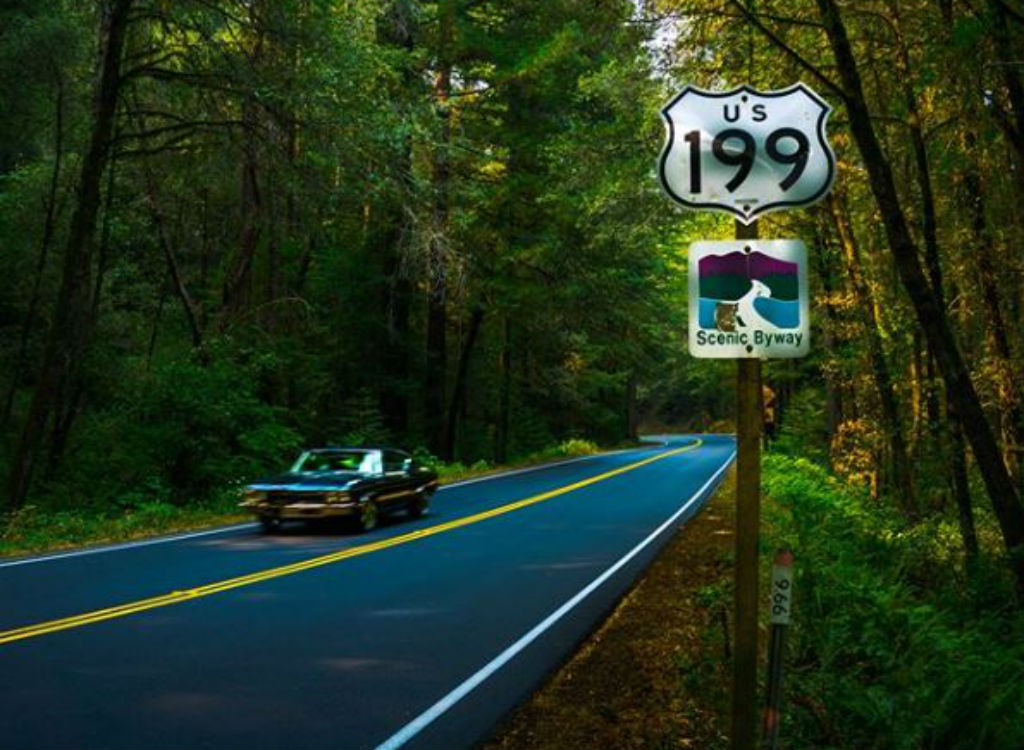 Also known as Redwood Highway No. 25, U.S. Route 199 runs from Grants Pass, Oregon, to Crescent City, California. It averages about 0.58 deaths per mile of its 80-mile length, making it a beautiful, but dangerous, road to travel on.

U.S. Route 175 runs for 111 miles, from Jacksonville, Texas, to Dallas. The road averages 0.685 fatalities per mile, and nearly half of those happened in Dallas. So, in this case, it's not the road that's dangerous as much as it is the drivers. 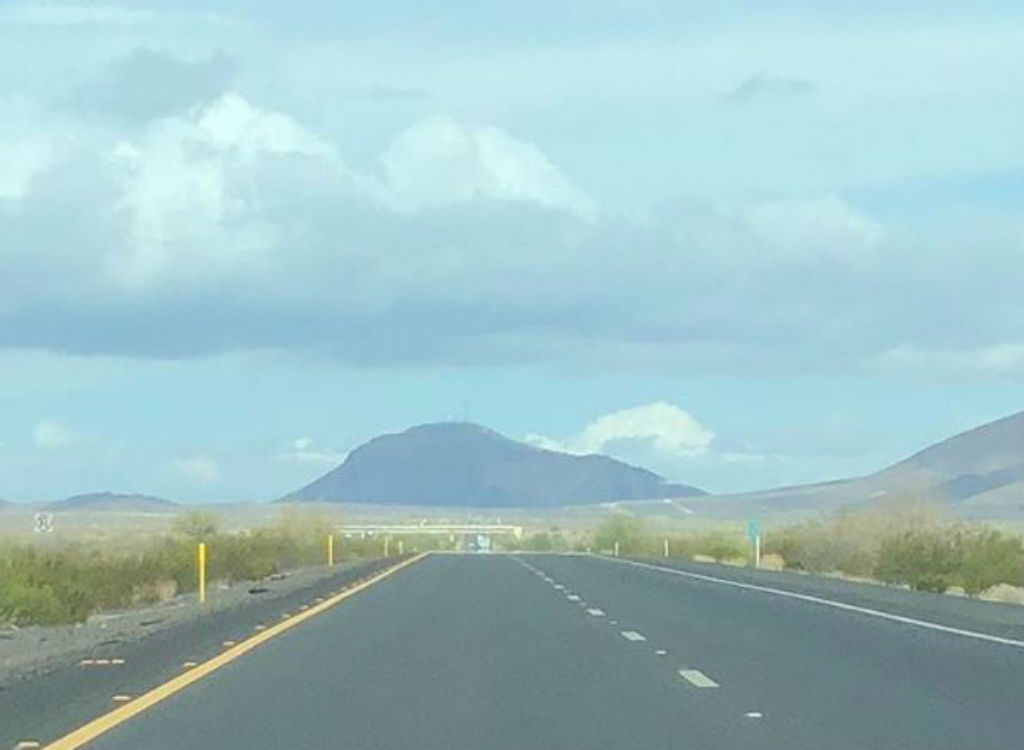 Interstate 10 spans the country, running 2,460 miles from Santa Monica, California, to Jacksonville, Florida. It averages 0.85 fatalities per mile, but the 150-mile stretch of the highway that runs through the desert from Phoenix to California is especially dangerous, with frequent fatal crashes. It probably doesn't help that it's dark and the speed limit is 75 miles per hour. 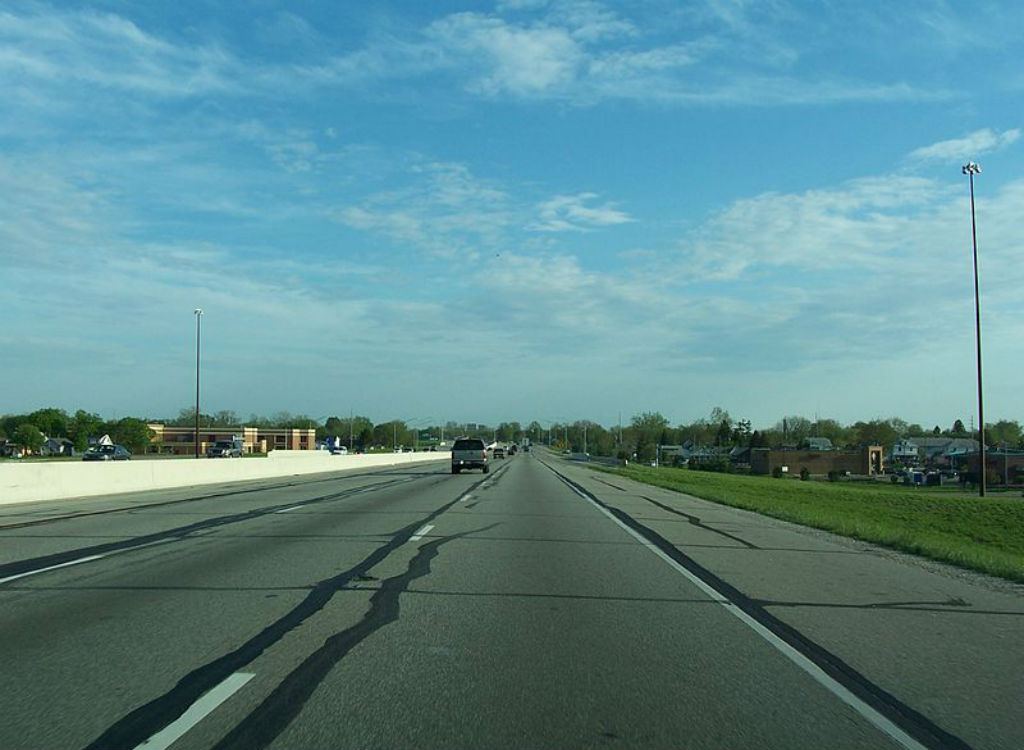 Interstate 65 runs 887 miles from Gary, Indiana, to Mobile, Alabama. It averages 0.48 deaths per mile overall, but it is the most dangerous road in Alabama, where an average of 33 fatal accidents occur every year along its 367-mile path through the state. 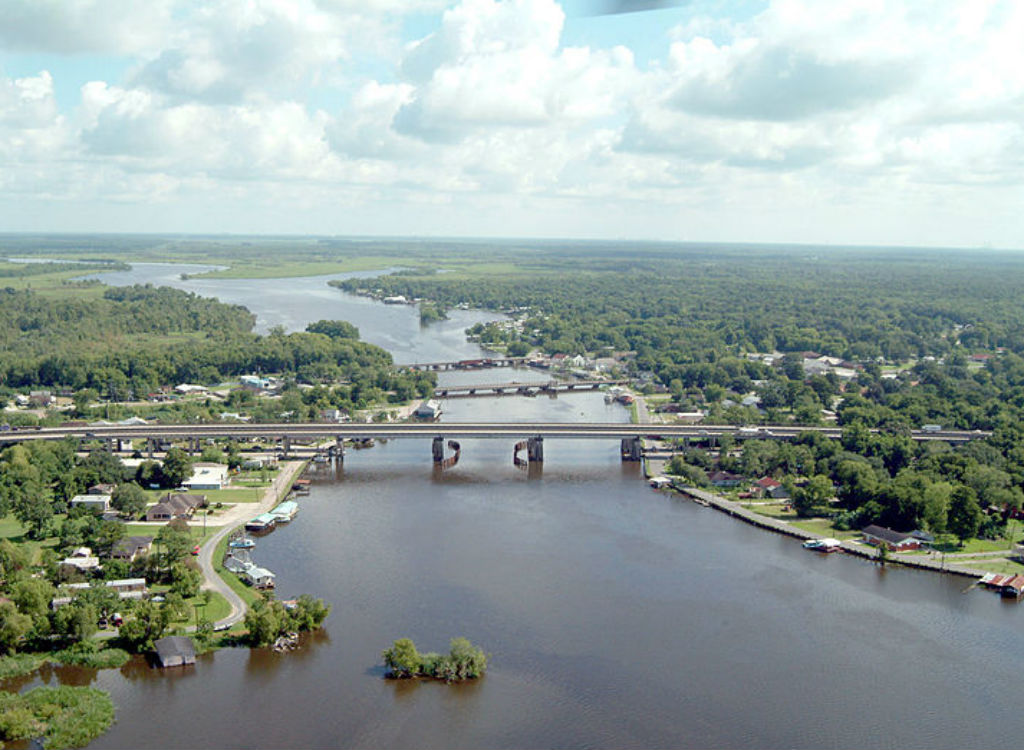 U.S. Route 90 runs from Van Horn, Texas all the way to Jacksonville, Florida, but it's the 297.6-mile stretch of road that goes across Louisiana that's worth mentioning here. With an average of 27 fatal crashes every year, it's the most dangerous road in the state. 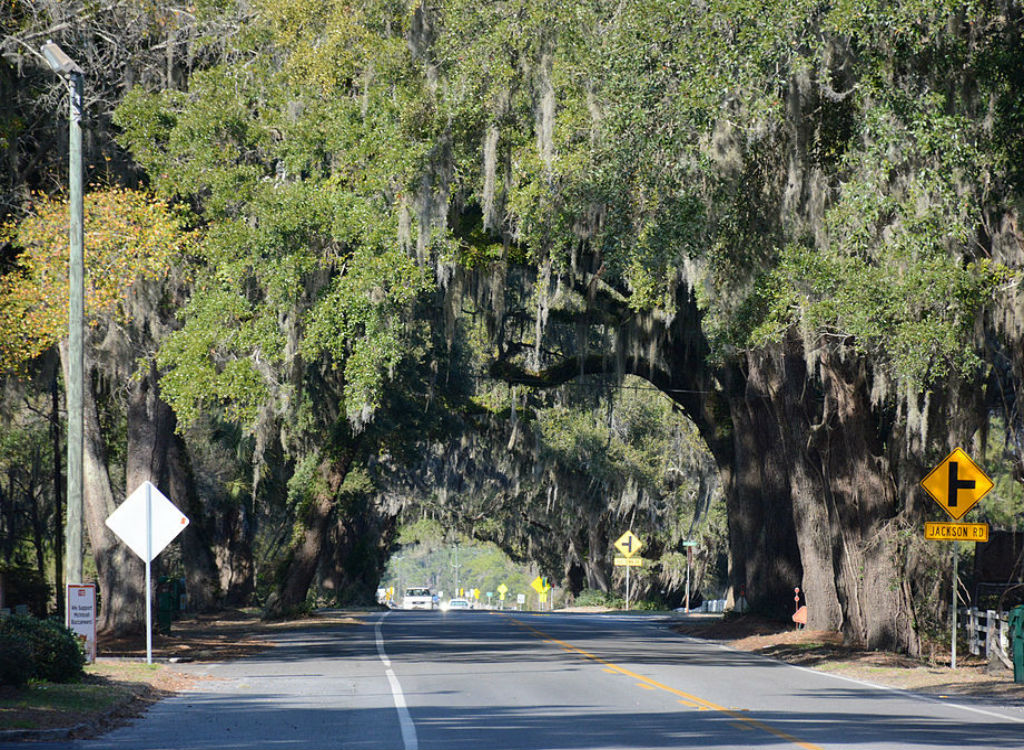 From Winchester, Virginia, to Punta Gorda, Florida, U.S. Route 17 averages 0.43 fatal crashes per mile of its 1,206-mile span. Of special note is the high concentration of fatal crashes involving drunk drivers, which made up for slightly less than a third of all fatal crashes on the road. 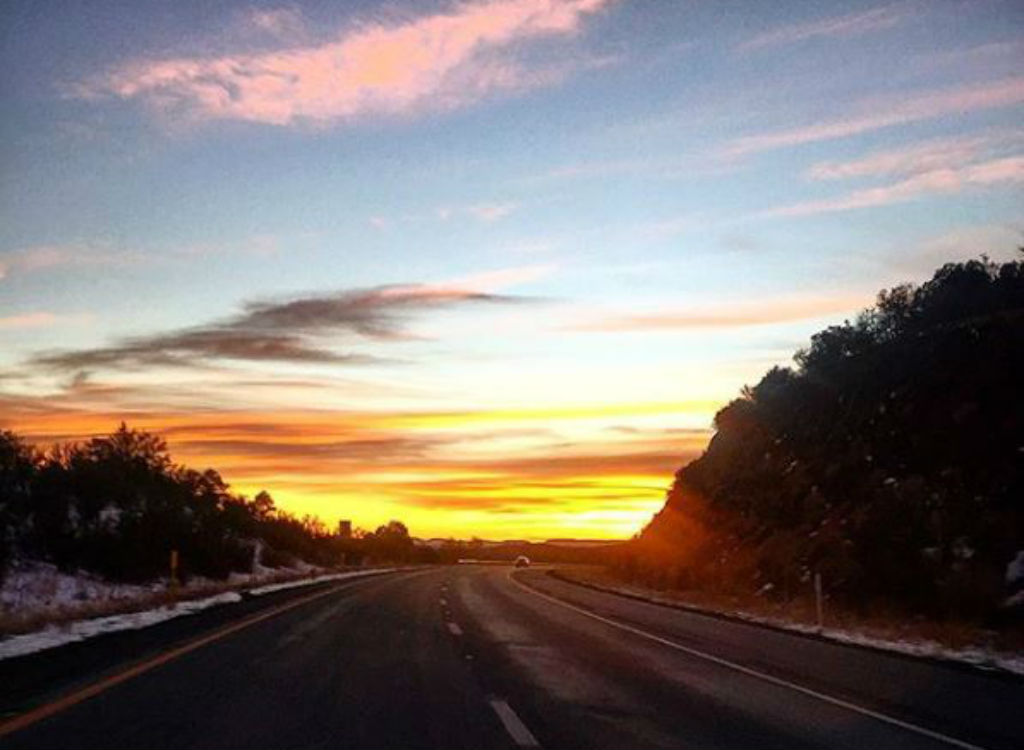 Interstate 40 runs from Barstow, California, to Wilmington, North Carolina, covering a distance of 2,555 miles. Across the entire highway, it averages 0.43 fatal crashes per mile, but it is the most dangerous highway in California, Arizona, New Mexico, and Tennessee. I-75 spans from Michigan to Florida and cuts through Detroit, Cincinnati, Atlanta, Tampa, and Miami. It runs along the Great Lakes through Michigan and Ohio, and lake effect snow certainly doesn't make the road any safer. It's ranked third for the number of fatal accidents occurring in rainy or snowy weather.

U.S. Route 2 runs from Washington to Michigan, and it's the country's northernmost east-west route. The stretch of highway that runs all the way across Montana is especially dangerous. It has more fatal crashes than any other road in Montana, and to make matters worse, the average arrival time for an ambulance to get to a crash is 80 minutes because the road goes through such a remote landscape. 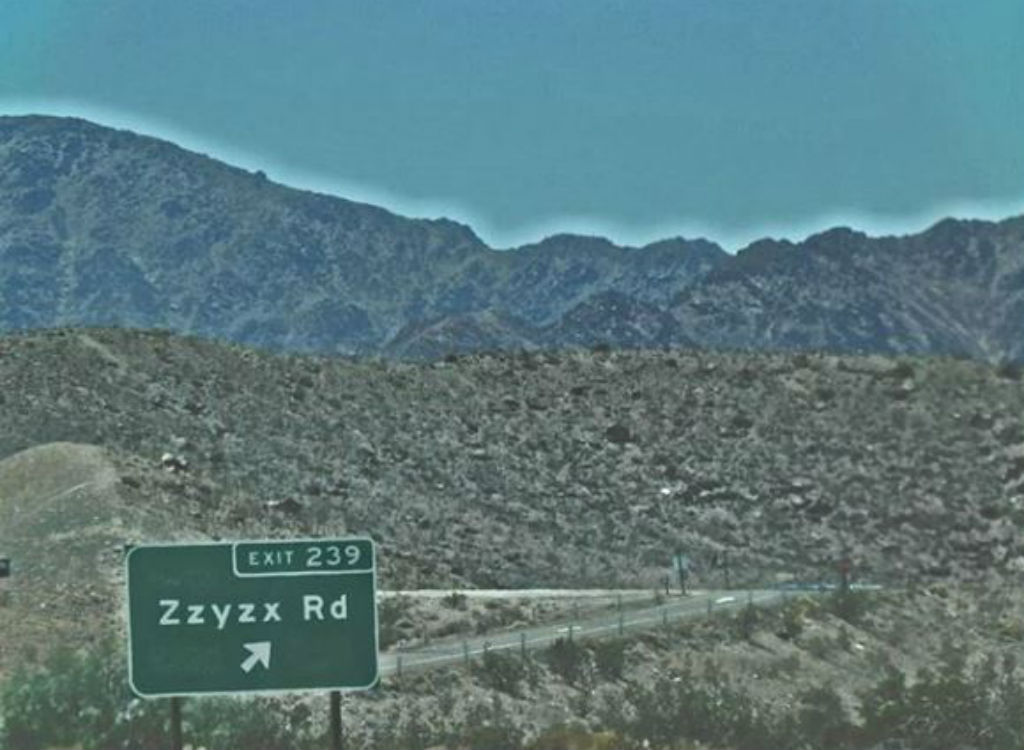 Interstate 15 runs from Sweet Grass, Montana, all the way to San Diego, California, but it's the 181-mile stretch of highway that goes from Los Angeles to Las Vegas that is exceptionally dangerous. That expanse of road has almost double the death rate of other highways in the country. Possibly to blame is that it's a long, dark, straight shot through the desert, which makes it easy for drivers to speed up and stop paying attention to what they're doing.ae0fcc31ae342fd3a1346ebb1f342fcb 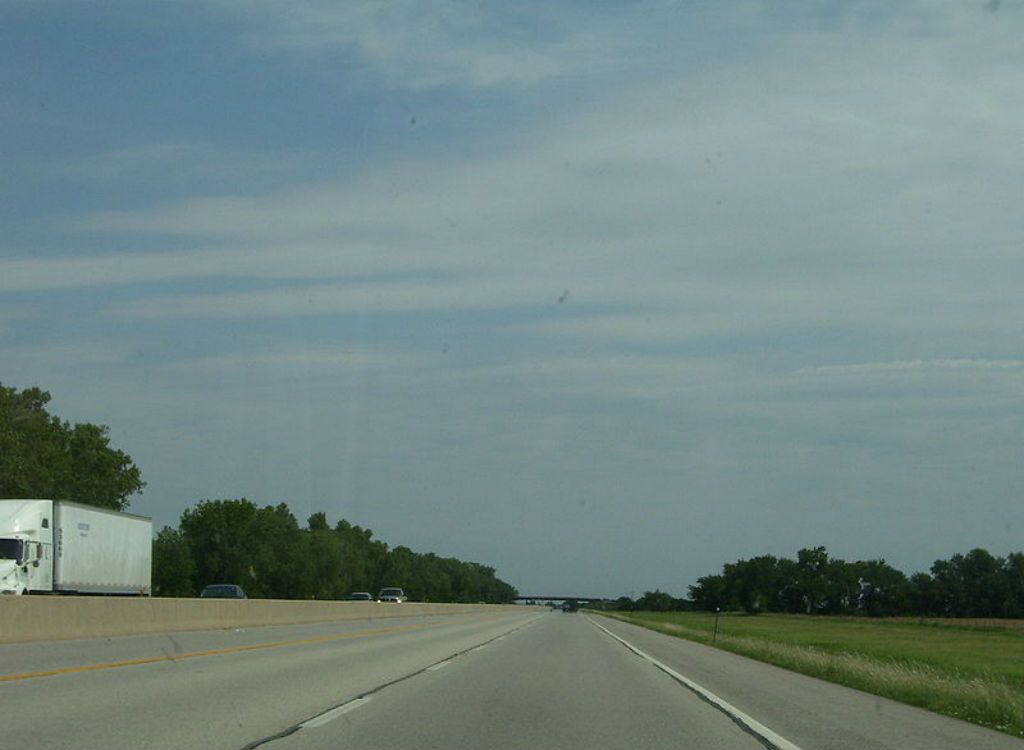 Interstate 35 runs for 1,569 miles, from Duluth, Minnesota, to Laredo, Texas. The road averages 0.48 fatal crashes per mile, with an especially dangerous patch in Austin, Texas. Anyone who's ever driven in Kansas City can tell you it's no picnic there, either. 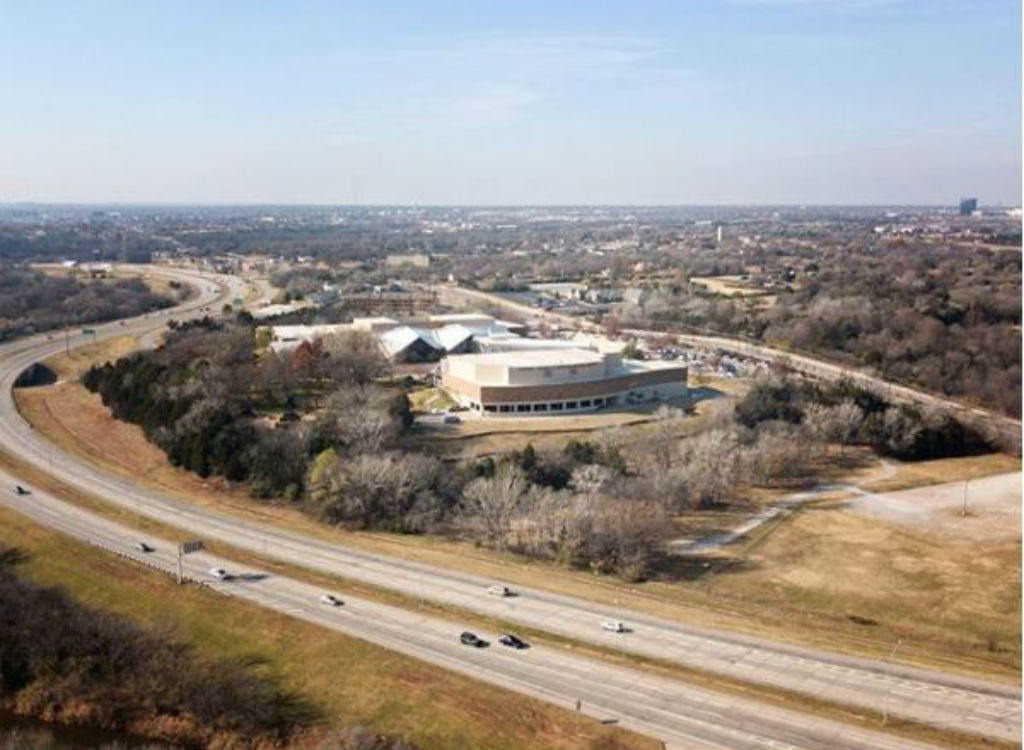 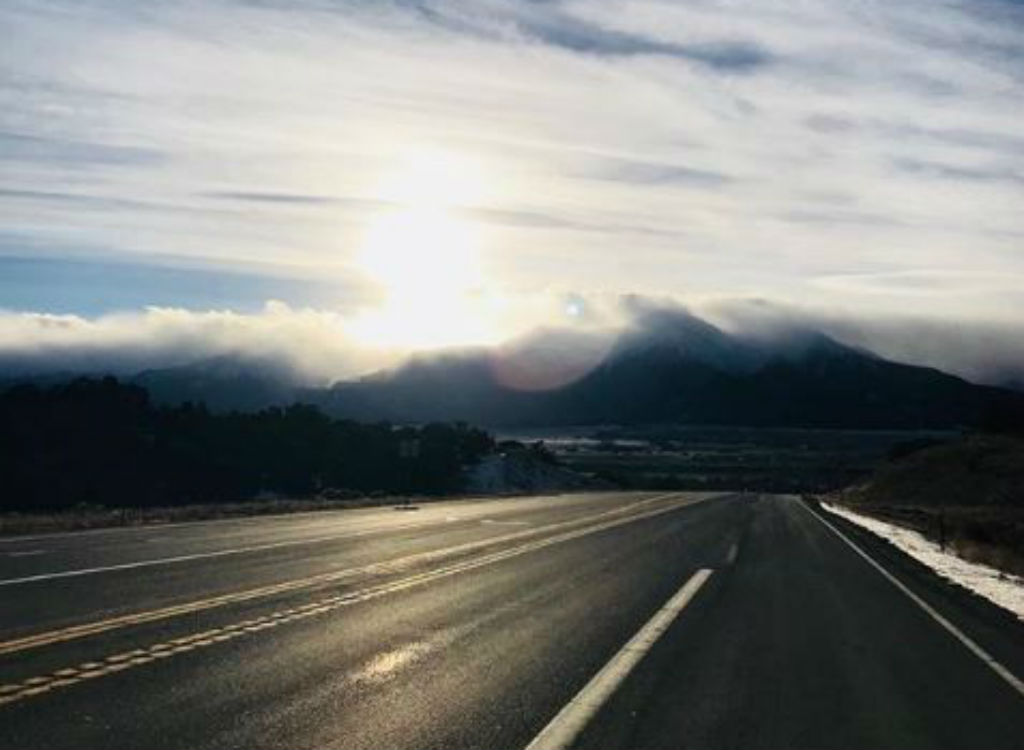 U.S. Route 24 runs for 1,540 miles from Clarkston, Michigan, to Minturn, Colorado, but it's the section of the highway around Toledo, Ohio, that earned a gnarly reputation. The road is known for head-on collisions and a dead man's curve, and is frequently referred to as "the killway." 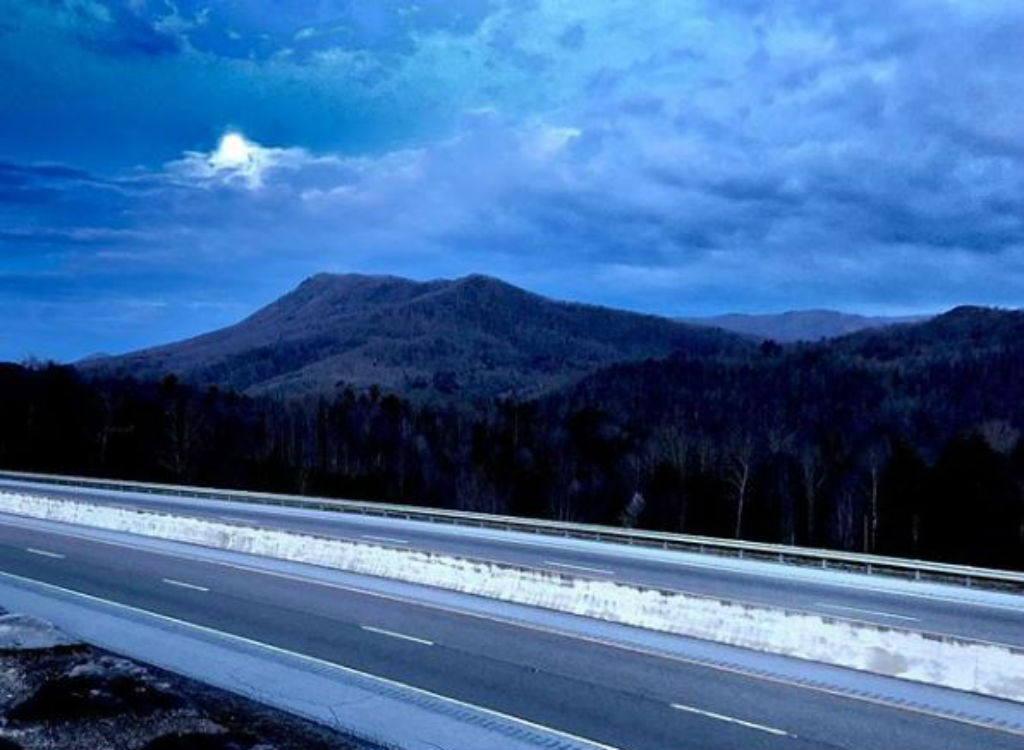 At just 17.62 miles in length, Interstate 97 is one of the shortest interstates in the country and runs from Annapolis to Baltimore. But what it lacks in miles it makes up for in danger. The road averages 0.79 fatalities per mile, making it one of the more dangerous roads to drive on in America. And for more ways to get safely to wherever it is you're going, discover these 15 Ways to Be a Safer Female Solo Traveler.

To discover more amazing secrets about living your best life, click here to sign up for our FREE daily newsletter