Never Do This When You're Passing a Bathroom, Doctors Warn

This seemingly harmless habit could actually be bad for you.

Despite our best efforts, the call of nature isn't always something we can anticipate with accuracy. Anyone who has tried to plan a long car ride or sit through a three-hour movie knows how difficult it can be to time your schedule just right to avoid an emergency. But according to doctors, there's one bathroom habit you should avoid for the sake of your long-term health. Read on to see what you should know before you go pee.

RELATED: Never Do This When You Shower in the Morning, Doctors Warn.

You should never force yourself to use the bathroom just because you're passing one.

It's a common scenario: You find yourself walking past a bathroom, and you decide to run in to relieve yourself so that you won't have to worry about being caught without the opportunity later. But while doctors say it's OK to do this occasionally, making a habit of forcing yourself to pee on command could be doing long-term damage to your health.

"Doing it too often, making a lifetime habit of it, can kick off a vicious cycle," Jennifer King, head of the urogynaecology department at Westmead Hospital in Australia, writes for The Conversation. "You can end up training your bladder to 'think' it needs to go when it's only slightly full. And the problem can worsen over time."

Your bladder can hold more liquid than you think and needs to be full to release properly. 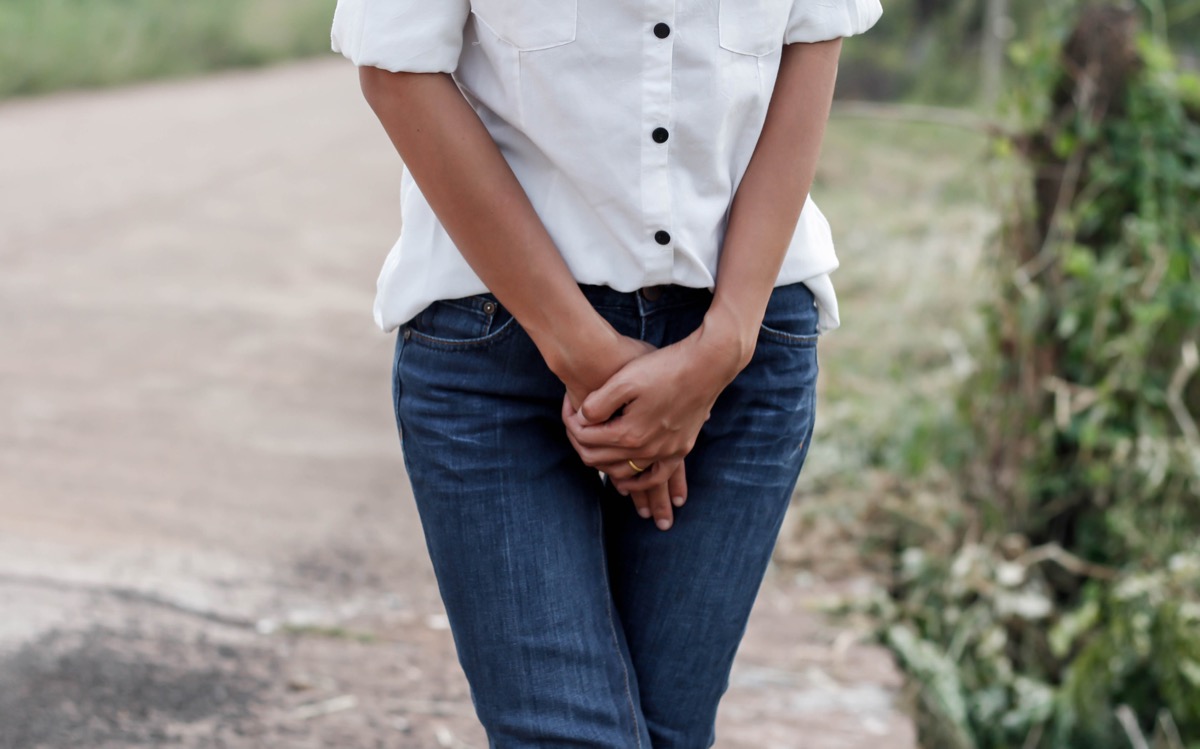 While it may feel like even a tiny sip can induce a trip to the bathroom, humans are actually capable of holding much more liquid in their bladders than most realize. According to King, those with normal bladders—or who haven't been diagnosed with overactive bladders by their doctor—can hold between 400 to 600 milliliters, with it taking about two hours for the liquid you drink to make its way to the organ. This means that even drinking a 600-milliliter bottle of water in one quick sitting wouldn't make you need to use the bathroom for at least two hours.

Instead, King explains that forcing yourself to empty your bladder between natural urges could be creating a potential health issue. "To pass urine easily, we need the bladder muscle to contract and the muscles around the urethra and pelvic floor to relax," she writes. "This nice, coordinated pattern does not occur nearly as well if there is no real urge to void. You'll probably be able to squeeze some urine out, but it's not how the muscles are supposed to work. The bladder's response is to spasm and contract more aggressively and inappropriately."

Unfortunately, this could lead to your body getting confused about when it actually has to go. "The bladder gets used to holding a certain amount, and if you are always emptying at that amount, it gets harder to hold more. The bladder 'thinks' it is at capacity when it is not. You end up with a pattern of uncoordinated emptying," King writes.

RELATED: If You Notice This in the Bathroom, It Could Be the First Sign of Diabetes.

You can reverse the effects of going to the bathroom too often, but a visit to the doctor may be necessary. 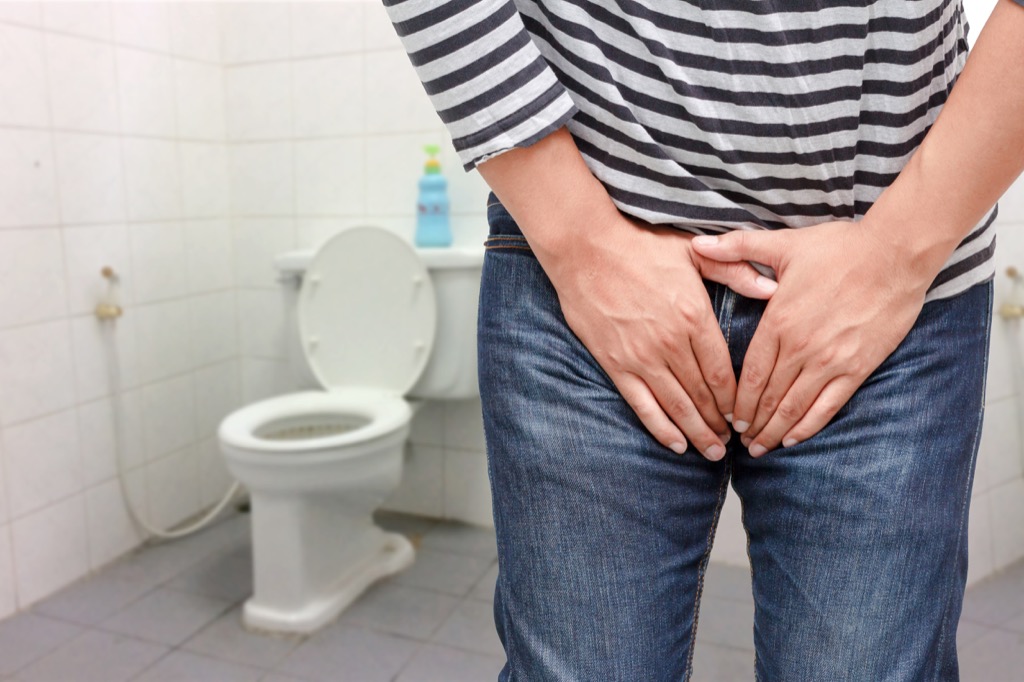 Fortunately, King says the damage isn't necessarily permanent and that those with a physically normal bladder can train themselves out of the habit of having to go too often. "It's about learning to recognize the signs and differentiate between a small urge and a real need," she explains. However, she adds: "If you're always ducking to the loo to wee at even the slightest tingling sensation, have a go at resisting that first urge—and consider seeing your GP or a pelvic floor physiotherapist about it."

For more helpful health news sent straight to your inbox, sign up for our daily newsletter.

As many as 30 percent of people don't have normal bladders.

King argues that it can be most important to teach children to go to the bathroom when they actually need to rather than forcing them to empty their bladders just because they happen to be passing by a bathroom. In most cases, this will help them establish healthy urination habits for the rest of their lives. But King also writes that around 30 percent of adults and a good proportion of children suffer from health conditions such as an overactive or irritable bladder that can create sudden intense urges to go to the bathroom. Such problems can become even worse as people age, making accidents and leakage more likely.

"Overactive bladders are unlikely to improve spontaneously," King writes. "A good place to start would be to talk with your GP, a continence nurse, or a specialist physiotherapist. These bladders need to be retrained using techniques learned from a specialist physio. Medication can sometimes help."

However, according to the Mayo Clinic, constant urination could also be a warning sign of an even more severe health problem, such as a bladder infection, prostate problems, a heart condition, leg swelling, or chronic bladder inflammation. For this reason, anyone who constantly feels the need to urinate should book an appointment with their doctor, even if they've never been in the habit of overusing the bathroom.

RELATED: You Should Never Clean Your Toilet With This, Experts Warn.