If Your Partner Is Over This Age, They're More Likely to Cheat, Study Says

Infidelity rates depend on generation. Is your relationship at high risk?

Americans may be divided in many ways, but if there's one value we share, it's a clear condemnation of extramarital affairs. A recent Gallup Poll found that 92 percent of the nation agrees that marital infidelity is morally wrong, making it the most universally criticized issue among those tested in the poll. Of course, our collective disdain for adultery hasn't put an end to cheating. Quite the contrary, in fact: 16 percent of married individuals report having had at least one affair since getting married, with people over the age of 55 causing more than their fair share of the misery. Read on to discover what else factors into the likelihood of your partner straying, and for more cheating red flags, If Your Partner Has These 4 Qualities, They're More Likely to Cheat on You.

Every year since 1991, the General Social Survey (GSS), a personal interview survey used to gauge shifting perspectives on complex issues, has asked Americans this question: "Have you ever had sex with someone other than your husband or wife while you were married?" Having reviewed and analyzed this GSS data, the Institute for Family Studies found that beginning in the year 2000, people over the age of 55 were most likely to engage in extramarital dalliances while cheating rates among younger Americans declined. People between the ages of 60 and 79 reported the highest rates of infidelity overall.

Researchers have speculated that this could mean one of two things. Cynics might argue that because partners over 55 are older and more likely to have been married longer, they've had more opportunity or a growing desire to cheat. More optimistically, we may also be undergoing a deeper shift in attitude toward marital fidelity.

Certainly there are other ways that Millennials have upended the dating and relationship scene. As The Atlantic points out, monogamy and marriage are no longer considered the default path for younger generations. With more acceptance of open relationships, polyamory, and unmarried cohabitation than in the past, it's possible that those who do choose monogamous marriage have done so more intentionally and selectively.

A Pew Research Center study titled "Millennials in Adulthood" found that just 46 percent of Millennials are married, compared with 67 percent of early Boomers and 57 percent of Gen Xers at the same age. With any luck, perhaps those extra years of maturity will continue to swing things in favor of healthier, happier marriages—now, and for years to come. Wondering which red flags to look out for in your own relationship? Read on for signs that your partner may be straying, and for more signals that something's up, check out The Biggest Tell-Tale Sign Your Partner Is Cheating, Experts Say.

1
They keep on top of your schedule.

While it's common for couples to sync their schedules, John Mayer, PhD, a licensed clinical psychologist and author, recently told Prevention that one partner starting that habit out of the blue can spell trouble. If your significant other seems suddenly preoccupied with when you'll be home—or not—there's a chance they're working their new romantic interest around your schedule. And for the latest relationship news delivered straight to your inbox, sign up for our daily newsletter.ae0fcc31ae342fd3a1346ebb1f342fcb

2
You notice a change in relationships with their friends.

When it comes to cheating, "there is a good chance your partner's friends may know what's really going on before you do," says psychologist Paul Coleman, PsyD, via Prevention. For this reason, it may be a red flag if you notice that your partner's friends have become increasingly awkward or distant toward you with no other explanation. And for more on the effects of cheating, New Survey Finds Only 16 Percent of Couples Survive an Affair.

3
They work out more than they ever have before. 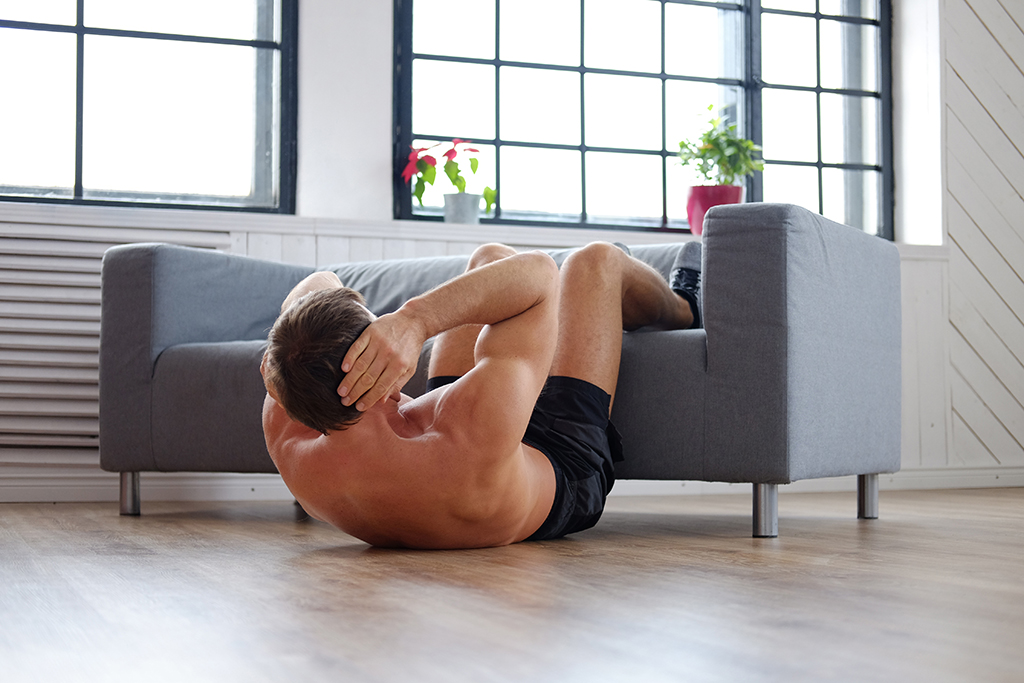 You may enjoy seeing your partner take better care of themselves, but there's also a surprising link between fitness and infidelity. A survey of 1,100 Ashley Madison site members (via The Sydney Morning Herald) revealed that nearly 75 percent of the cheating site's subscribers exercised in hopes of maintaining interest from their extramarital partner. A previous Ashley Madison study also found that "going to the gym" was "the fifth most common excuse used by cheaters when meeting with their extramarital partner."

4
They guard their devices.

If your partner is suddenly more guarded with their devices, they may very well be hiding something. "Cheaters tend to use their phones and computers more frequently than before and to guard them as if their lives depend on it," writes Robert Weiss, PhD, LCSW, for Psychology Today. "If your partner's phone and laptop never required a password before, and now they do, that's not a good sign," he says. And for more relationship red flags, If You Do This, You May Be "Poisoning Your Relationship," Expert Says.