I Cheated on My Spouse. Here's What I Wish I Had Known Beforehand

One woman's stark reflections on infidelity.

According to recent statistics gathered by the Institute for Family Studies, 20 percent of men and 13 percent of women reported that they've had sex with someone other than their spouse while married. While both genders are guilty of straying, men and women tend to commit infidelity for different reasons. According to science, men often cheat because they feel their masculinity is being threatened. Women, on the other hand, are more likely to do it because they feel neglected or ignored by their partner.

Every case of infidelity is different and it's important not to judge without hearing someone's story. Sometimes, a marriage is doing totally fine, until an opportunity arises that someone just can't pass up. Other times, as was the case with "Molly" below (all names have been changed to protect identities), the foundation for infidelity was laid out long before the wedding bells rang.

[And if you're looking to show your one-and-only how much you care, here are 25 Amazing Last-Minute Gifts for Your Spouse.]

As terrible as cheating is, it doesn't need to be something that ruins your life and obliterates any trust or affection you can ever have with your partner. Some couples work through a cheating episode and come out stronger. Others break up but manage to stay friends. In any of these cases, it's always possible to use the incident as a prompt for self-reflection, and thereby learn from it and grow. So read on for one woman's account of her own brush with cheating—and what you can take away from her experience. And for more of our in-depth relationship coverage, know that This Is the Age When Men Are Most Likely to Cheat.

1
You Have to Get Married for the Right Reasons In her late 20s, Molly was dating a man who was 11 years older than her. They loved each other, but Molly broke up with him several times because she felt he wasn't supportive of her career ambitions.

Then she got pregnant. At first, she was going to get an abortion, but the clinic didn't have an opening for six weeks, so she had a lot of time to think about her decision. One day, while working out on the elliptical, she broke down crying. She realized that as irrational as the choice might be, she needed to have this baby.

She called her ex-boyfriend and told him her decision, saying that he didn't need to be involved. He got furious and stormed out. But later in the day, he called and apologized, and said he was all in.

Long before the wedding, Molly knew that this wasn't the right man for her.

"I showed up to the ceremony an hour late and drunk, so that tells you a lot," she laughs.

They moved to a house in New England, where their marriage became increasingly strained, given that her husband was still commuting to the city every day for work, and she was alone in the boonies with very few friends. They moved down south, where's she's from originally, and things got a little better. They even had another child.

But then the fighting began, and the long talks about whether or not to try to stick things out and make it work. One day, Molly got sent to North Carolina for a work trip. After her colleagues had left the bar, she decided to stay for one more drink. That's where she met Steve.

2
Staying for the Kids Doesn't Help Anyone 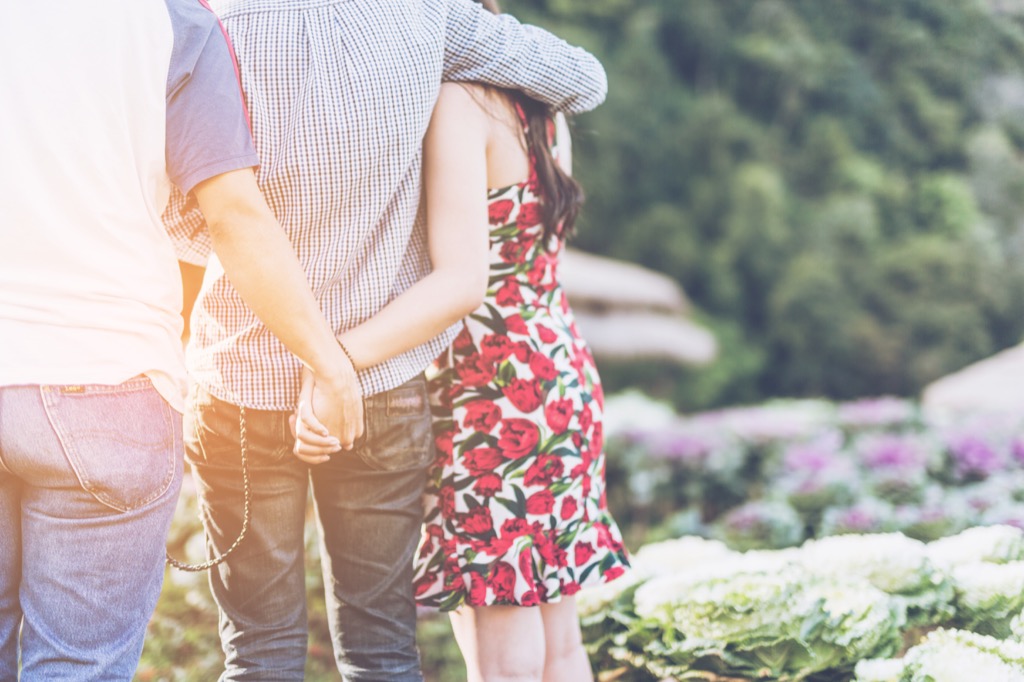 At first, it seemed like it would be a one-time thing. But when she got home, he continued to contact her and they stayed in touch. Her work took her back to North Carolina often, where she and Steve carried on their affair for the next 8 months. When things got serious, she started to think about leaving her husband, but hesitated because of the children.

"I wasn't ready to just leave, and I couldn't envision what it would be like to not be a family," she says.

Not to mention, as much as she cared for him, she wasn't even sure if Steve was necessarily the One either.

"I was mostly looking for a way out."

3
The Longer You Wait to Confess, the Worst Things Get

In late December, on her birthday, Molly got a call from an unknown number. It was Steve's roommate. Steve had been killed in a car crash. His vehicle had swerved into an oncoming truck late at night, killing both drivers.

Molly was inconsolable. When she got home that night, she told her husband that a friend of hers had died, but he could tell something was off. A few days later, it was Christmas Eve, the day before Steve's funeral.

Molly knew that she had to go and say her goodbyes, but that meant having to tell her husband about her affair, on Christmas, no less. She waited until the guests had left, then confessed everything. He was, as one might expect, furious.

But when she got back from the funeral, he still begged her to try to work it out, for the sake of their two children, if nothing else. They lasted three more months after that, then agreed that it was for the best that they split for good. 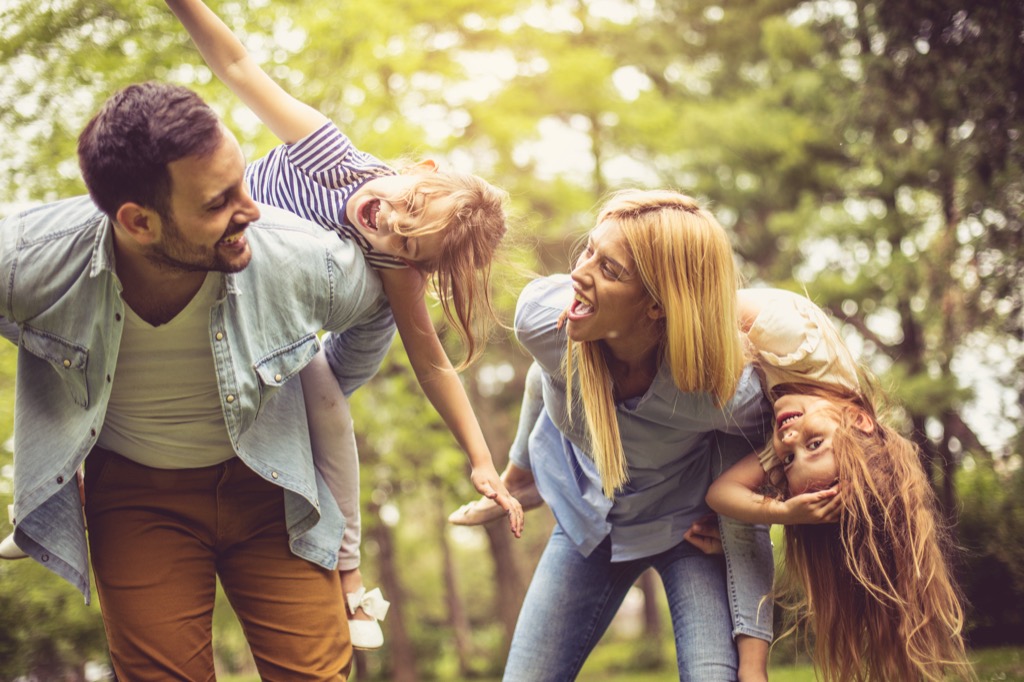 Here's the funny thing, though: today, eleven years later, they are best friends, and wonderful co-parents to their two children.

"He became a totally different person after our marriage ended," Molly says. "I tell all of his girlfriends, 'You're welcome.'"

While she doesn't believe that a reconciliation is remotely possible ("he's like my brother now"), she couldn't be happier with the relationship they have now.

Molly remarried after their divorce, but that ended as well, so she's single now, and loving it. The 42-year-old has a high-powered career that takes her all over the world and gives her the independence she always craved. And the fact that she is on such good terms with her ex-husband means that she can have the comfort and support of a family, while also enjoying the fun and spontaneity of the single life.

Like Gwyneth Paltrow, and many other women, she is re-inventing the concept of the modern family, and she and her ex-husband are even considering writing a book on successful co-parenting.

5
It's Better to Leave Before Anyone Gets Hurt

Molly doesn't regret marrying her ex-husband, not least of all because it gave them two wonderful children.

"That first year that we had [our first baby] was probably the best year of my life," she said. "And we had our ups and downs."

She also doesn't regret having an affair with Steve. What she does regret, however, is not leaving earlier, so as not to have caused the pain that she did.

"What I wish I'd known then is that, when you're young, you tend to be selfish and think of your own needs. When you're older, you realize how much of an impact your actions have on another person's life. My ex-husband had a very hard time getting over the dissolution of our marriage, and I think it's played a role in his dating difficulties since."

The affair was also a lesson in making sure you're choosing the right person to marry, for the right reasons. Molly knows, and knew even then, that she wouldn't have married her husband if she hadn't gotten pregnant, and in many ways, that precipitated the infidelity that later took place.

"I've been engaged four times, and only went through with it twice. I remember one of the times that I called it off, it was because I realized I was more excited about picking out the flowers than the guy."

But the final lesson is that as terrible as infidelity is, people can move past it. Today, over a decade later, she and her ex-husband never bring up the cheating anymore, even though he had also cheated throughout their marriage.

"It's water under the bridge. All of our past transgressions are just that…in the past."

Diana Bruk
Diana is a senior editor who writes about sex and relationships, modern dating trends, and health and wellness. Read more
Filed Under
Cheating • Marriage • Parenthood • Relationship Advice
Read This Next
Latest News
Read This Next