I Married an Older Man. Here's Why I Regret It.

"People look at me as someone who married a sugar daddy."

Emily, 40, and Albert, 62, first met through mutual friends when he was 44 and she was 22, and got married just a couple of years later. "I don't think anyone thought we were going to get together," she says, "but we were attracted to each other and had a lot to talk about."

Today, they've been together for 18 years, have two beautiful children, and in many ways have what would be considered to be a "successful marriage." But, in private, Emily often wishes she'd married someone closer to her own age. Read on to find out why—and to hear the reverse, read about how This Man Married a Younger Woman and Now Regrets It.

1
"My parents had major issues with it." 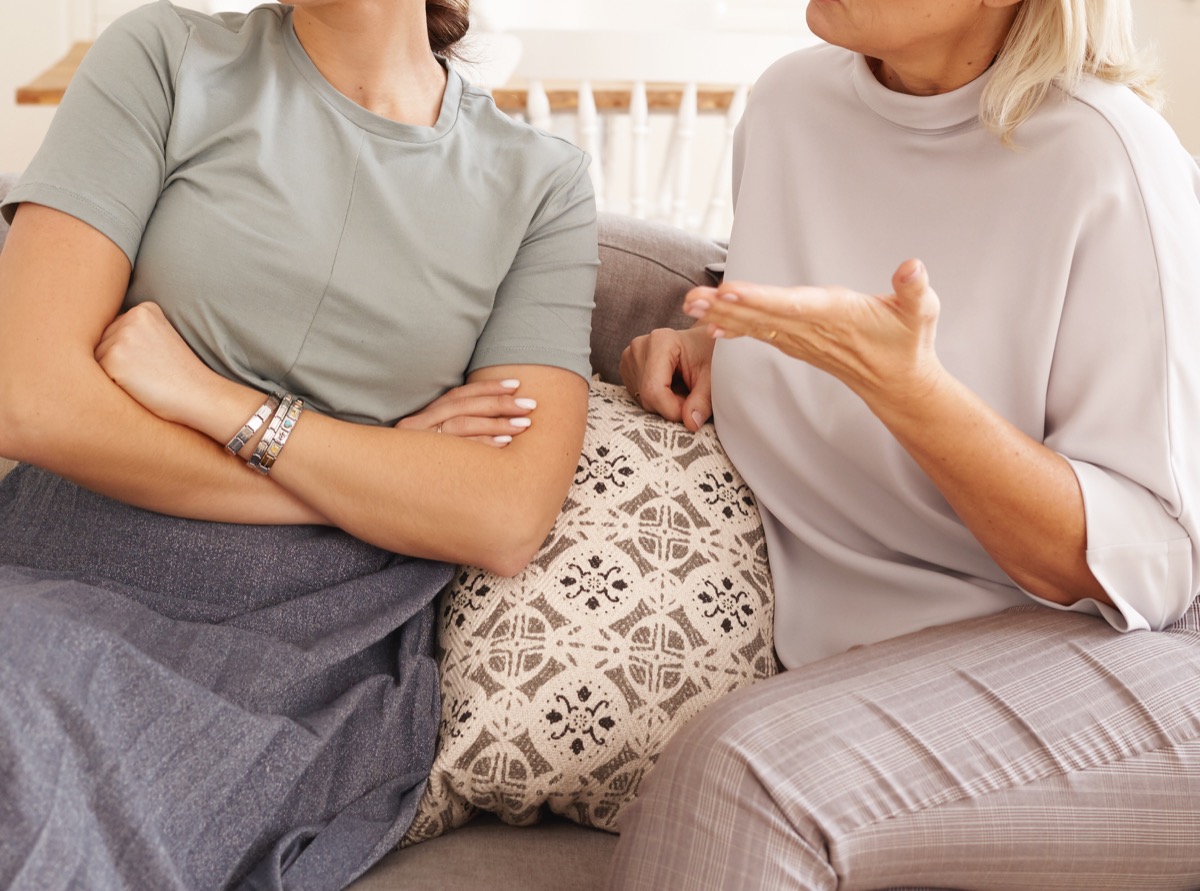 When 22-year-old Emily first told her family and friends that she was marrying a man twice her age, they were not happy.

"He was twice my age, and my parents had major issues with it, not least of all because he's only a year younger than my mom," she says. "But what helped was that pretty soon after we got married, we moved to a place where no one knew either of us, so people were more accepting of the fact that we were together."

2
"People look at me as someone who married a sugar daddy."

There's still a lot of social stigma surrounding age gap relationships, and that the judgment isn't always coming from the older partner's peers. In fact, one study suggests that younger people are more likely to assume that couples with a significant age gap have a transactional relationship (i.e., sex or companionship in exchange for financial reward). Given that Albert was much more established in a stable profession than she was, this was something Emily had to grapple with.

"I'm a very type A, career-driven person, and I feel like sometimes people look at me as someone who married a sugar daddy," she says. "There's this assumption that it has to be exploitative. People nowadays always say 'You do you,' but I don't often feel like they feel that way about this kind of relationship."

3
"I had kids younger than I maybe wanted to." 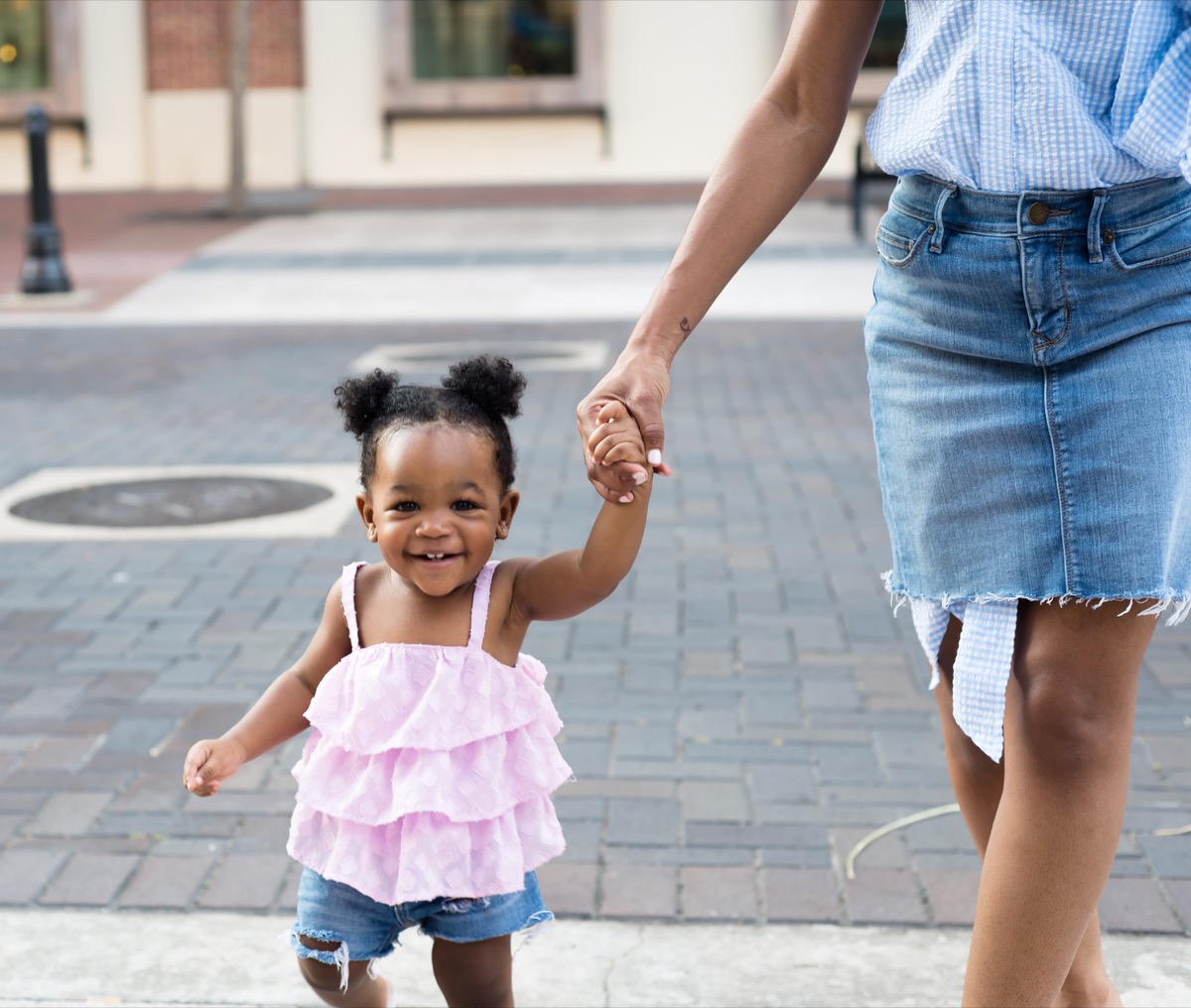 Emily and Albert were united on the fact that they wanted kids. But Emily also believes that, if she had married someone younger, she might not have ended up having children as early as 24.

"Being with an older man definitely pushed me to have kids younger than my demographic," she says, adding that she feels like people often "look at [her] askance" for having her first kid at a very young age. "Even when we moved to Washington D.C., where people are relatively open-minded, I felt like people gave me looks that said, 'Don't you know how to use birth control?'"

4
"People often mistake my children's father for their grandfather."

Emily says that strangers don't often make the assumption that Albert is her father, possibly because they've lived all over the world and—outside of America—marriages between an older man and much younger woman are not as uncommon or stigmatized as they are here. But she does say people often think he's the grandfather of their children, which can "be a little uncomfortable for them."

5
"I want to have sex more often than he does."

Many women who marry older men also complain that their partner's libido wanes just as they hit their sexual prime, which is very much the case for Emily.ae0fcc31ae342fd3a1346ebb1f342fcb

"He definitely has some erectile dysfunction issues, and I know that younger men have them too, but it becomes more prevalent when you're older. And I definitely would like to have sex more often than he would," she says.

6
"I was a lot less emotionally mature than I thought I was when we got married."

Many couples in happy age gap relationships say that that your mental age matters more than your chronological age. But Emily says that looking back now, 17 years later, she feels like she was a lot more emotionally immature than she thought at the time.

"People always told me I was very grown-up, so I thought I was really mature. But our first year together was not super great, and sometimes when I look back on it now, I feel like I was acting childish and I just didn't realize it."

7
"I've never felt like I was in a relationship of equals."

"Albert is more 'old school' in terms of male/female roles than I would guess men my age are," she says. "My mom says he treats the kids like a grandparent rather than a parent by being overindulgent and not as great with discipline. He makes a lot of of the big decisions because he's 'the man.' And he was already established in his career whereas I was just starting out; I followed his career for nearly all my adult life, which didn't make it easy for me to build something of my own."

She does note, however, that there were some upsides to being in a marriage that was not altogether egalitarian, such as the fact that she never had to feel like she was carrying the burden of financial responsibility. "I've always lived in a nice place. I've always had money to travel. I never went through that phase of living in a one-bedroom apartment and eating ramen."

8
"I will spend a good part of my life as an older person alone."

While Emily may feel like she might have been happier with a man closer to her age, she also isn't planning on divorcing her husband anytime soon.

"Marriage for me is very important as institution, and divorce just isn't an option for me because of my beliefs," she says. "But I have had to come to terms with the realization that I will spend a good part of my life as an older person alone…or at least not with my current partner." And for more on the realities of an age gap relationship, check out these 25 Things Only Couples With Major Age Differences Know.

Diana Bruk
Diana is a senior editor who writes about sex and relationships, modern dating trends, and health and wellness. Read more
Filed Under
Dating • Marriage • Relationship Advice
Read This Next
Latest News
Read This Next