I Married a Younger Woman. Here's Why I Regret It.

"She blew up our lives and she has a lot more time to rebuild hers than I do."

Mark, 57, met Sarah, 45, at a conference when he was 33 and she was 22, and they hit it off immediately in spite of an 11-year age difference. At the time, they were living on opposite coasts, so they did long-distance for several years before deciding to get married. For a long time, their age gap didn't seem to be an issue. They both wanted/were young enough to have kids, their sex life was amazing, and they connected on "every level."

[If you're looking to really wow your one-and-only, take a look at The 50 Best Birthday Gifts For Your Wife.]

"When we first met, I was sort of immature for my age and she was quite mature for her age, so we sort of met in the middle," he says.

But after almost 25 years of marriage, it all came crashing down. Read on to find out what challenges Mark faced as a man who married a much younger woman, and why he ultimately harbors regrets. And to hear the reverse side of the equation, read about how This Woman Married an Older Man and Regrets It. 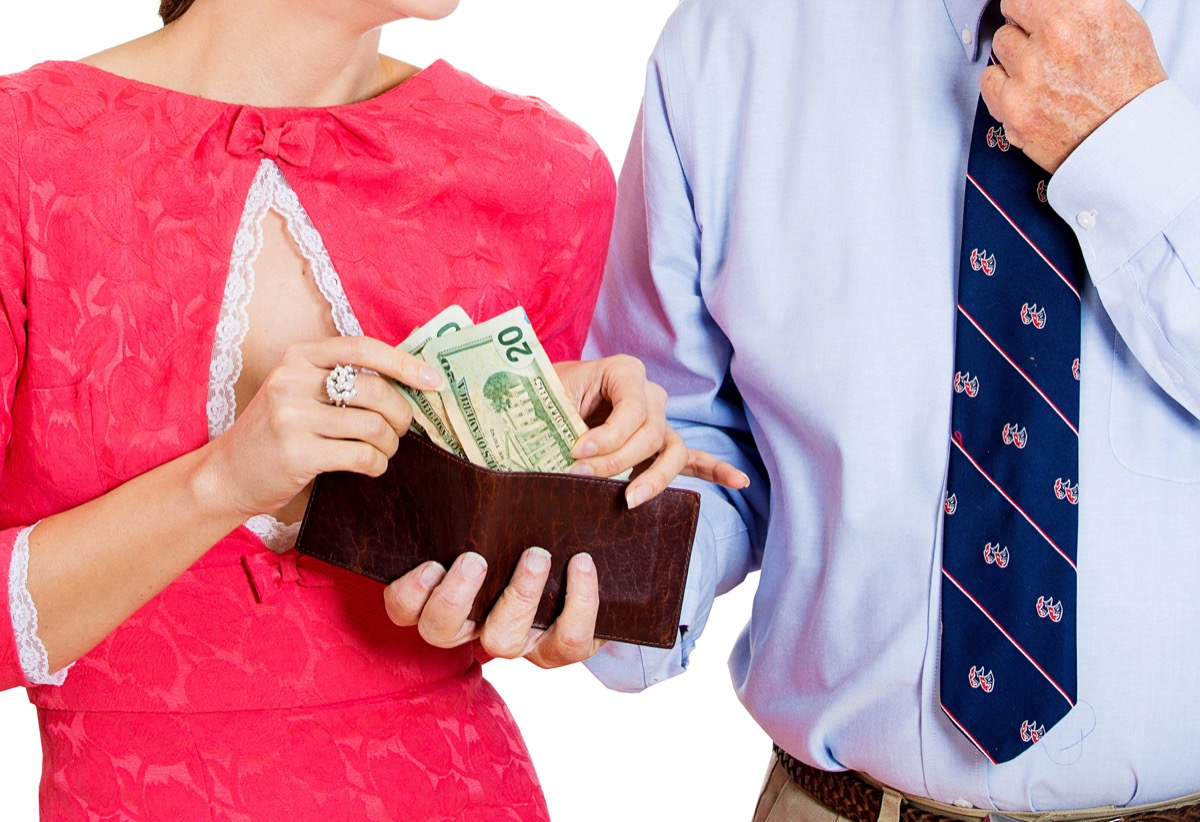 Studies have shown that there's still a lot of social stigma surrounding age gap relationships, and that younger people, somewhat surprisingly, are more likely than older people to assume that the pairing of partners in different life stages is an exchange-based relationship (i.e. sex in exchange for resources) rather than one based on love.ae0fcc31ae342fd3a1346ebb1f342fcb

"She came from a much wealthier family than me, so I didn't have resources to bring to the table," he says. "But I definitely felt that judgment the first year we were together. When I talked about her, there was definitely this sense from my friends of, 'Come on, she's 12 years younger than you. What are you doing here?' There was less of that when we got married because by then we had been together a number of years, and then we moved to a city where most of our friends were artists who were leading all sorts of alternative lifestyles and were more open-minded about the gap."

2
"I was concerned everyone would think she was just a trophy wife."

Many people in relationships with significant age differences complain that the stereotypes that people have surrounding them are especially unkind. If you're a younger man with an older woman—like Hugh Jackman and Deborra-lee Furness—people think the man must be "in the closet." If you're an older man with a younger woman, everyone assumes that she's just with you for the money. Mark felt that stereotype constantly while they were together, and he knows it haunts him when he talks about her even now.

"There's no way anyone reading this is going to say anything other than 'Oh, here's this older schmuck who got himself a trophy wife.' But she was an extraordinary person and I totally fell for her and she for me. I recently found a box of old love letters we sent each other, and we really loved each other."

3
"She cheated on me with a man closer to her own age."

Like any married couple that has been together for over a decade, Mark and Sarah had their problems. But he was shocked when, two years ago, she revealed she had been having an affair for almost a year. He was even more surprised when, a few months later, she announced she wanted a divorce.

"I knew that we had issues, but I figured they didn't add up to something overwhelming," he says. "I thought we were rock solid."

Sadly, this is not uncommon, given that women initiate up to 80 percent of divorces—and men often don't see the signs coming.

The fact that Sarah left him for a man closer to her in age still nags at him.

"She swore repeatedly that his age had nothing to do with anything," he says. "But it's one of those things that gets into your head and you can't get out."

4
"She blew up our lives and she has a lot more time to rebuild hers than I do."

Mark was devastated by the divorce, and one of the things that made it even more difficult was the realization that he was suddenly re-entering the dating pool as a much older man than when he left it.

"When you're married for such a long time, you stop really thinking about age. So one of the things about the breakup that was hard was that I suddenly realized, 'Oh man, I'm old.'"

And, on top of that, it felt unfair that his wife not only got to essentially "replace" him but was also dating again with a much better age advantage than him.

"She blew up our lives and she has a lot more time to rebuild hers than I do," he says.

5
"I would apprehensive of dating a younger woman seriously now.'"

Mark moved to another city and "landed feeling broken and past [his] expiration date." But, as it turns out, he's still got plenty of mileage left.

As a well-regarded artist and conventionally attractive man, he's had a lot of success on the online dating circuit, and even began seeing someone regularly who is much closer to his age than his wife was. When I ask if he ultimately believes that marrying someone who is significantly older or younger than you is a bad idea, he says that "it depends on the couple" and that an age gap between a someone in their 20s and 30s is "almost insignificant."

But, at the same time, he also recognizes that if he fell in love with someone who was in her early 30s now, he would be very apprehensive of letting it turn into something serious.

"If I were seriously involved with someone significantly younger now, I would always be thinking, 'I'm aging out here.' She would be in the prime of her life and I would be an old man. I love my kid but I don't want any more. And I wouldn't want to deprive her of anything." And for more on the upsides and downsides of an age gap relationship, check out these 25 Things Only Couples With Major Age Differences Know.

Diana Bruk
Diana is a senior editor who writes about sex and relationships, modern dating trends, and health and wellness. Read more
Filed Under
Marriage • Relationship Advice • Sex
Read This Next
Latest News
Read This Next