Did you know there are secret Netflix codes?

Currently, some 139 million subscribers around the world rely on Netflix for all their binge-watching needs. And while you probably feel like you know Netflix like the back of your hand—we're guessing most of us could recite the entire "Popular on Netflix" bar by now—there's always more to learn.

For example, did you know you could pull up all of the romantic comedies on Netflix simply by entering a secret code? What about the fact that all of your favorite Marvel and Pixar titles are about to disappear? To make sure you're in the know on some mega-secrets this multi-billion dollar company holds dear, we've rounded up the shocking Netflix secrets only insiders know.

1
Netflix gets some of its best ideas from movie pirates.

For years, Netflix has been closely monitoring BitTorrent sites like Pirate Bay, where movies are illegally downloaded and shared. And that's not because they want to catch criminals in the act—they simply want to use their illegal downloads as inspiration for new releases.

The revelation came in 2013 from the company's then-vice president of content acquisition, Kelly Merryman. "With the purchase of a series, we look at what does well on piracy sites," Merryman told a news site in the Netherlands after the service rolled out in that country, according to Forbes.

She then went on to explain one example. "Prison Break is exceptionally popular on [local Netherlands] piracy sites," she said. And so Netflix acquired the rights to Prison Break in the Netherlands.

2
Where Netflix's DVD warehouses are located.

Believe it or not, around 3.4 million Netflix customers still subscribe to the company's DVD delivery service. But where are all those discs coming from? We have no idea, and neither do most people. Last year, Netflix had 17 distribution hubs across the country, but you'd be hard-pressed to find any of them. Along with appearing on absolutely zero maps, the buildings have no signage to identify them as anything more than anonymous factories.

The secrecy is mostly so customers won't be inclined to visit, according to one Chicago Tribune reporter who was allowed access to one warehouse. Netflix told the reporter that when customers learned the location of a warehouse, they tended to drop by and leave their DVDs at the door.

As you may have heard already, Disney is launching its own streaming service later this year called Disney+. It promises to be less-than-awesome news for Netflix, and not just because they'll have another competitor. Disney will also be pulling all Disney-produced or owned titles, which includes everything related to Pixar, Star Wars, and Marvel.

That's a lot of movies and TV shows that are going away. So enjoy The Incredibles 2 and Star Wars: The Last Jedi while there's still time!

4
There are secret Netflix codes to help you find new titles.

If you don't know exactly what you're looking for, Netflix's massive library of titles can seem intimidating. But it gets easier if you know the shortcuts. Netflix has a selection of nearly 76,000 sub-genres and the simplest way to find them is with secret codes. Whether you're in the mood for slapstick comedies (code 10256), political documentaries (7018), or tearjerkers (6384), there's a specific series of digits that will take you to everything Netflix has in that genre.

You can find all the various codes right here. Once you find a genre you want to explore, go to www.netflix.com/browse/genre/XXXX. Those X's are where you fill in the code. Get ready for a world of content to open up.

5
They've been criticized for giving short shrift to closed captioning.

The controversy began in 2011, when the National Association of the Deaf filed a lawsuit against Netflix, accusing the company of not offering a closed-captioning option for the majority of its movies and TV shows. Netflix responded by promising to caption at least 80 percent of its library before the year's end and all of its library by 2014, according to reports from CNN.

In 2018, the NAD contacted Netflix lawyers again over complaints that the captions for their hit Queer Eye weren't up to par, leaving out random dialogue and even censoring language. Last November, there were angry tweets about captions on the Netflix series She-Ra, with some customers claiming that the subtitles were "missing like 10 percent of the words."

6
You can minimize "Netflix originals" recommendations

The "My List" section is designed to let you create a customized row of shows and movies you want to watch. Once you add several titles to your "My List," Netflix will sort it for you and put the titles you're most likely to enjoy up front. But you might also notice that they tend to slip in a few Netflix originals, too.

Preventing that is as simple as making a quick change to your "My List" settings. Just follow this link, uncheck "Netflix Suggests" and select "Manual Ordering." Now, you and you alone can decide your viewing itinerary, with no more "helpful suggestions" from Netflix.

7
Some of the synopses have been written by people who haven't actually seen the movies.

Or at least that's the accusation of one former Netflix writer. "As I'm sure you have noticed, [the synopses] don't always actually match the content of the film very well," former Netflix employee Ealasaid Haas said in an interview with The Outline. "Which is because they did not pay us well enough for us to actually watch the movies."

Instead, Haas claims, they would write each synopsis "based on what we found online." Netflix never responded to the accusation, which doesn't necessarily mean it's true. And as The Outline pointed out, the former Netflix writer hasn't worked for the company in more than a decade.

8
Hundreds of Netflix accounts are sold on the dark web. 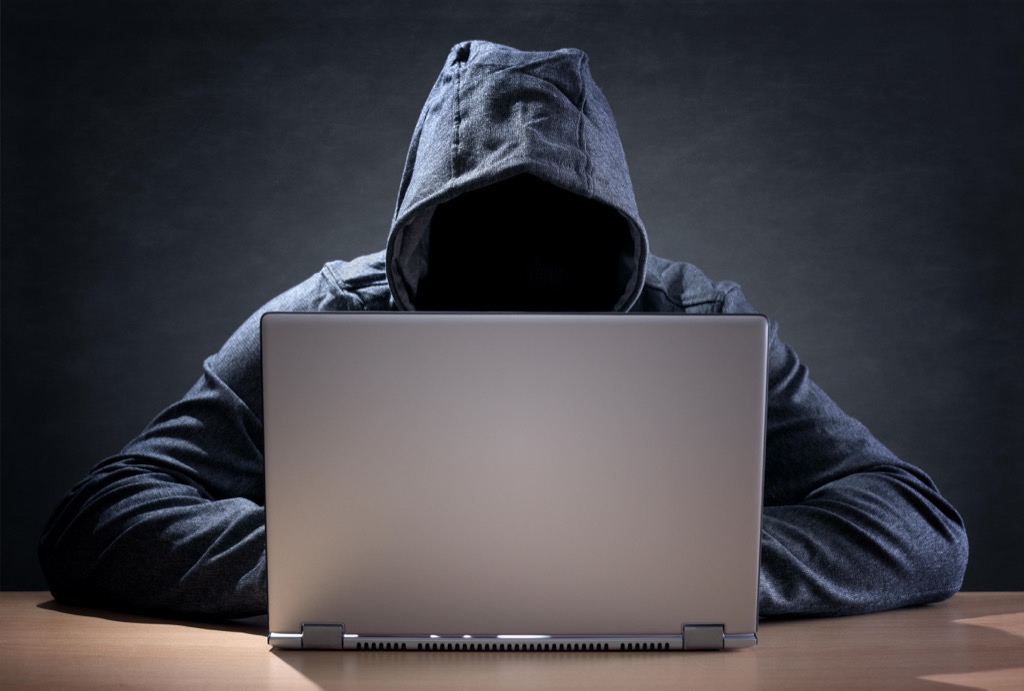 According to a report in The Atlantic, cybercriminals could have access to your account. And the issue isn't just that they're watching Stranger Things while pretending to be you. As the Atlantic reporter found out, getting access to your Netflix account "can be a foothold for large-scale identity fraud," including getting the names of your family members, billing zip codes, and much more. And many of these Netflix passwords are being sold for "mere cents." The hackers typically get ahold of the credentials through phishing schemes and fake websites that masquerade as Netflix.

9
Netflix wants you to stop binge-watching.

Well, not exactly. They just might want you to stop referring to it as that. At least that's what actor Guy Pearce said in an interview with The Empire Film Podcast, in which he talked about his new Netflix series The Innocents. He said that he and other cast members from the show "were strictly sort of instructed beforehand [by Netflix] not to talk about 'binge-watching.'"

Then, he and podcast host Chris Hewitt tried to come up with alternatives, suggesting "marathon watch" or "elongated entertainment" as more Netflix-friendly terms for binge-watching. No one is entirely sure why Netflix is opposed to binge-watching, or at least using those words, but it may be because one study published in the journal Circulation (as well as several other similar studies) found that binge-watching even 2.5 hours of television a day increased the risk of dying from a pulmonary embolism by 70 percent.

10
There are sites that navigate Netflix so you don't have to. 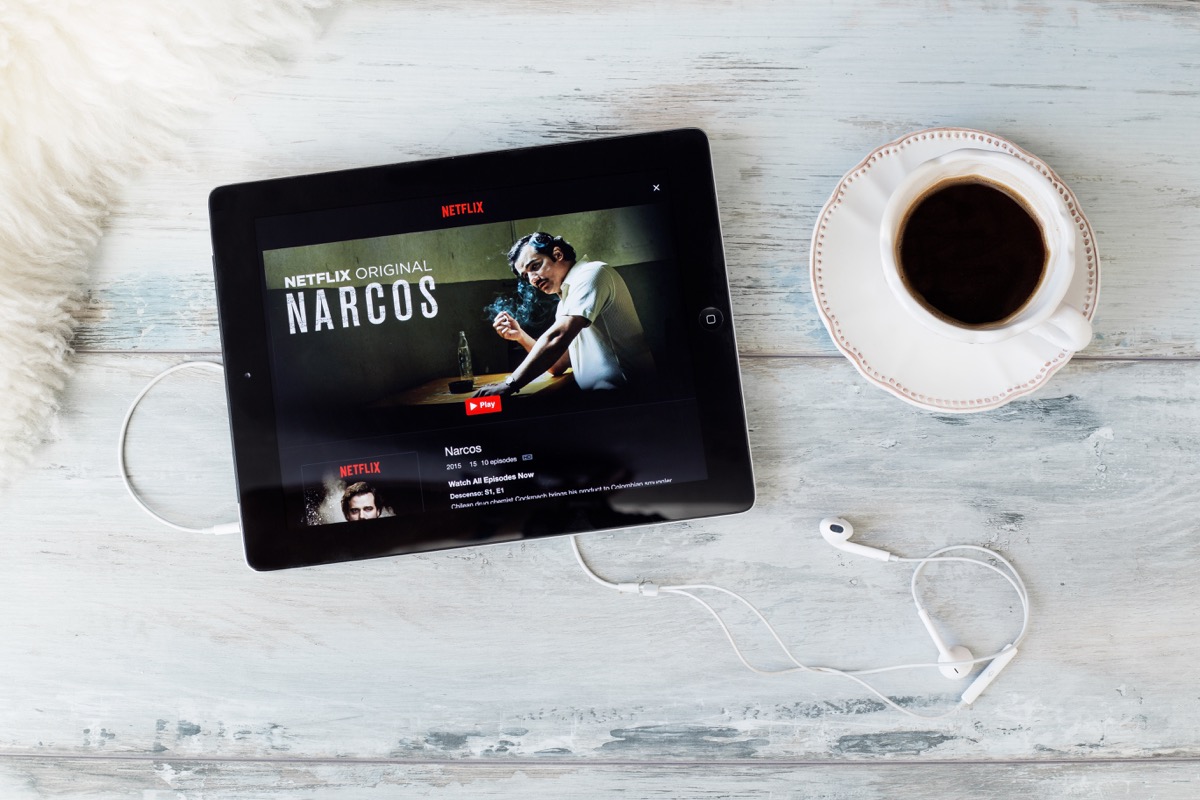 Open Netflix and it'll have plenty of suggestions for what you should watch next. But sometimes, you don't want to be bullied into watching whatever content they're peddling this week. In that case, you could let ReelGood's Netflix Roulette find something for you. It's not completely random; the spinner asks for your favorite genres and a ballpark IMDB and Rotten Tomatoes rating (as in, are you willing to watch something with less than a two-star review, or not?).

11
You can get even better video quality with the click of the button.

Most Netflix users don't realize that their account's default playback settings are to the lowest video quality possible. To watch everything in HD, simply go to netflix.com/HdToggle and select "High." And if you tend to watch Netflix on WiFi and don't have an unlimited data plan, beware: Watching in this setting uses between three and seven gigabytes of data per hour.

In a 2018 Wall Street Journal story that included interviews with 70 past and present employees, the prevailing opinion was that Netflix work culture was "ruthless, demoralizing, and transparent to the point of dysfunctional." When one public relationships executive admitted during a Netflix meeting that he lived with the fear of losing his job, the vice president of publicity Karen Barragan purportedly told him, "Good, because fear drives you."

13
Netflix's origin story is up for debate.

Reed Hastings, CEO and one of the co-founders of Netflix, has a favorite story about how he was first inspired to start the company. As he tells it, he received a $40 late fee for a rental from Blockbuster and was so frustrated by the charge that he decided to create a service that wouldn't punish customers for taking a little extra time to finish their movies.

It's a nice story, but it might also be a fairytale. Netflix's other co-founder, Marc Randolph (who left the company in 2002), says Hastings concocted the tale as a way to simply explain how the company worked and to give himself more credit for dreaming up the business, according to Gina Keating, author of the book Netflixed, who's interviewed Randolph and others in the co-founders' orbits. According to Randolph, the pair met at a time when Amazon was dominating the book market and the two wanted to be the "Amazon of something." The truth? Who knows.