20 Men's Outfits That Will Make You Feel So Powerful

Let your clothing catapult your confidence into the stratosphere.

While clothes don't make the man, they sure can make him feel better. Rocking the perfect piece of menswear does more than help you stand out from the crowd—it infuses you with unrivaled confidence, makes you feel like you can conquer the world.

Thing is, not all clothes are created equal. While some get-ups can turn heads and make you feel like a king, others can make you look insignificant—and go totally unnoticed. Below we've rounded up 20 things you can wear that will put you squarely into the former category and help send your confidence levels into the stratosphere. 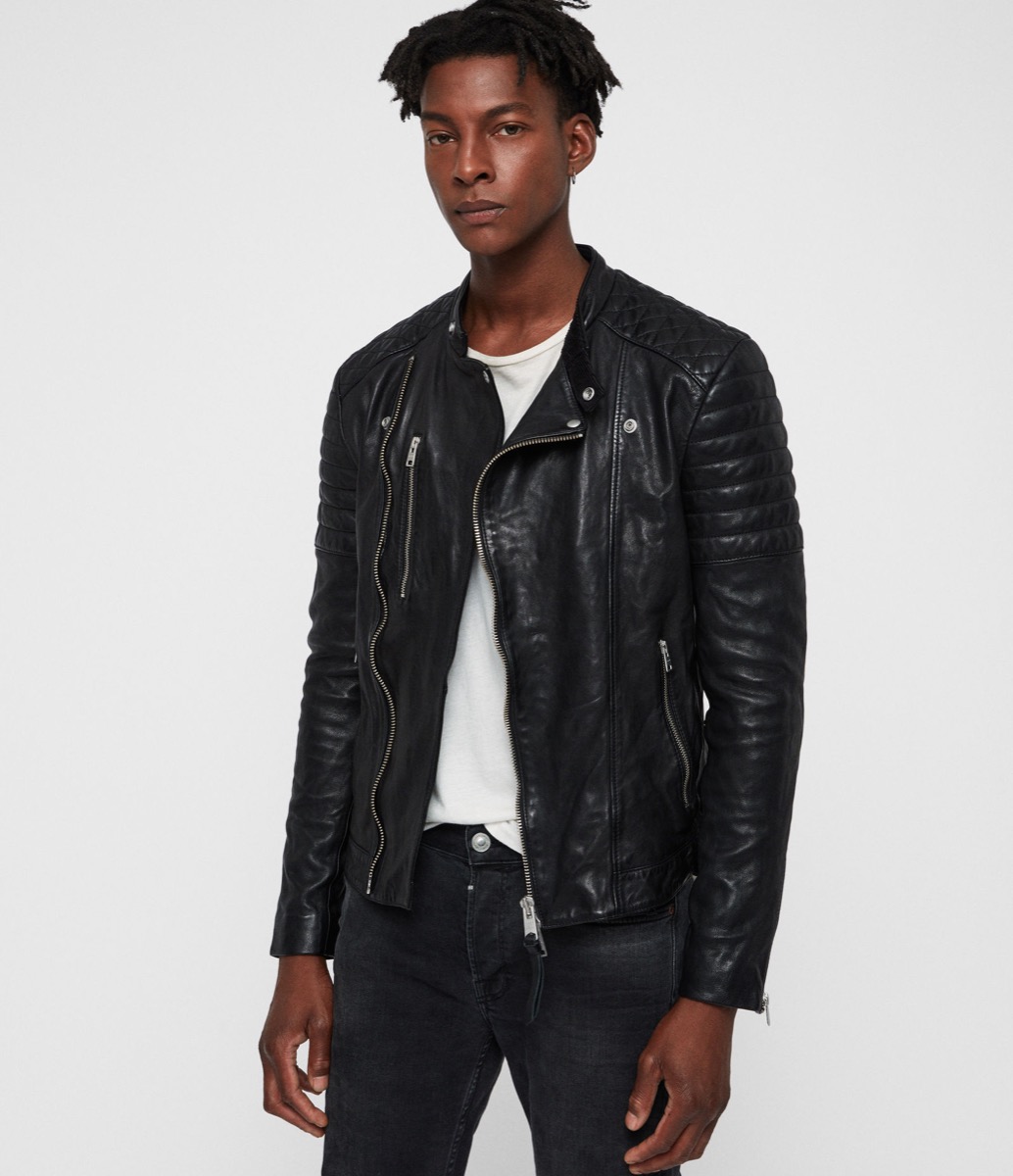 No single piece of menswear gives off "Were you talkin' to me?" vibes like a killer leather jacket. Opt for an always-in-style moto jacket in black or brown, and make sure to follow the golden rule of leather jackets: Keep it slim. You want to look like you just came off the motocross track, not like you stole your dad's jacket from the closet and snuck out of the house. For best results, pair the jacket with a simple white tee and a pair of beat-up jeans. You'll feel as strong as you look.

Much to the relief of menswear enthusiasts everywhere, the idea of the over-sized "power suit" was put to death in the '90s. Today, the best way to look and feel authoritative at the office is to wear one of the most versatile looks of all time: the (perfectly tailored) navy suit. Unlike black suits—which can actually look brown in certain lighting—navy always looks great and is as appropriate on a date as it is in the office.

If you're looking for shades that make you look and feel powerful, look no further than the preferred sunglass style of James Bond, Don Draper, and, of course, Top Gun's Maverick. Whether you opt for Maverick's teardrop-shaped lenses or Draper's square version, the key to rocking aviators is to make sure they fit your face properly. A lot of guys mistakenly adopt a "bigger is better" policy when it comes to their lenses, making their eyes look cartoonishly big and their faces childishly small in the process. 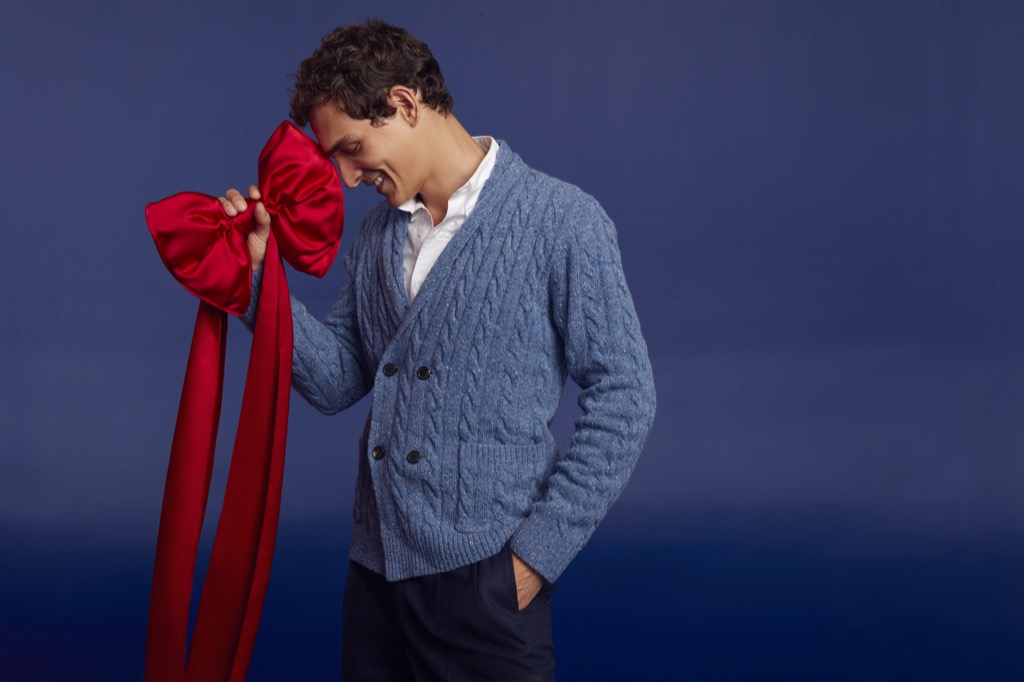 A staple in both the real-life wardrobe of Daniel Craig and the movie-magic wardrobe of his James Bond, a well-fitting shawl collar cardigan confers class and sophistication, both of which help you feel powerful. The key: you'll want to keep your shawl collars slim. They should fit pretty snugly in the arms and torso, and extend down no further than just below your belt line. Otherwise, you risk looking like Mr. Rogers, who wore his oversized cardigans more like housecoats than sweaters—and, frankly, is the only guy in history who can pull off such a look. 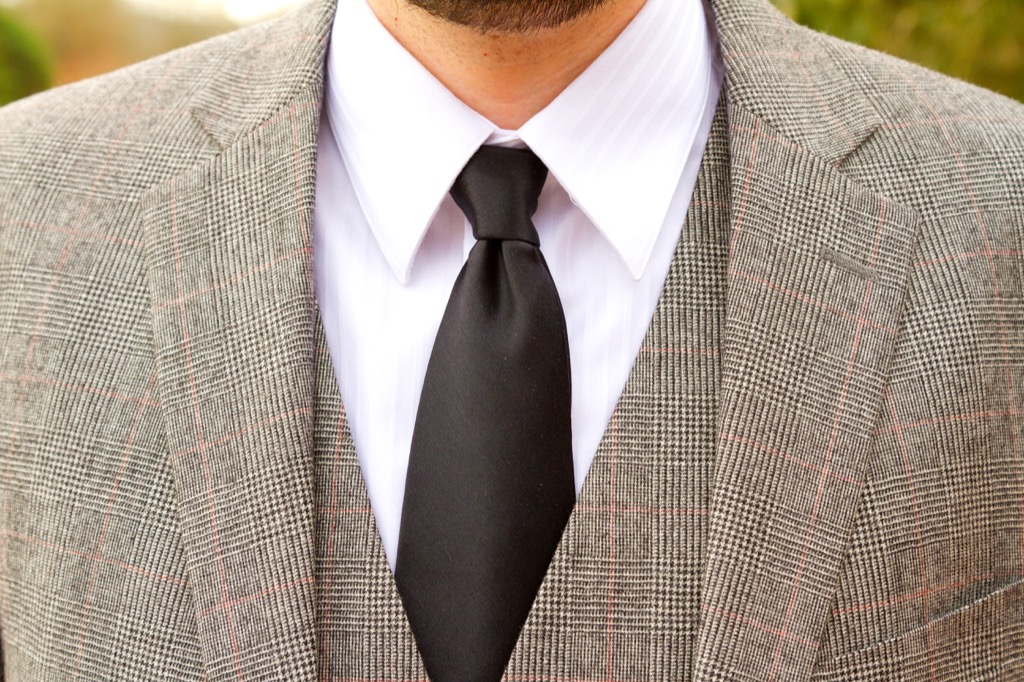 If your sensibilities tend toward the classic, think Steve McQueen in The Thomas Crown Affair. If you're more of a modern man, think Tom Hiddleston in, well, anything (on-screen or off).

And if your tastes fall anywhere in between those two style icons, then you need to own a three-piece suit. Why the presence of a waistcoat makes men feel even more powerful than they would in a normal suit is somewhat of a mystery. Maybe the extra layer makes you feel more protected, or maybe it just helps hid any extra bulk in the mid-section. Whatever the case, that extra piece is an instant confidence boost. 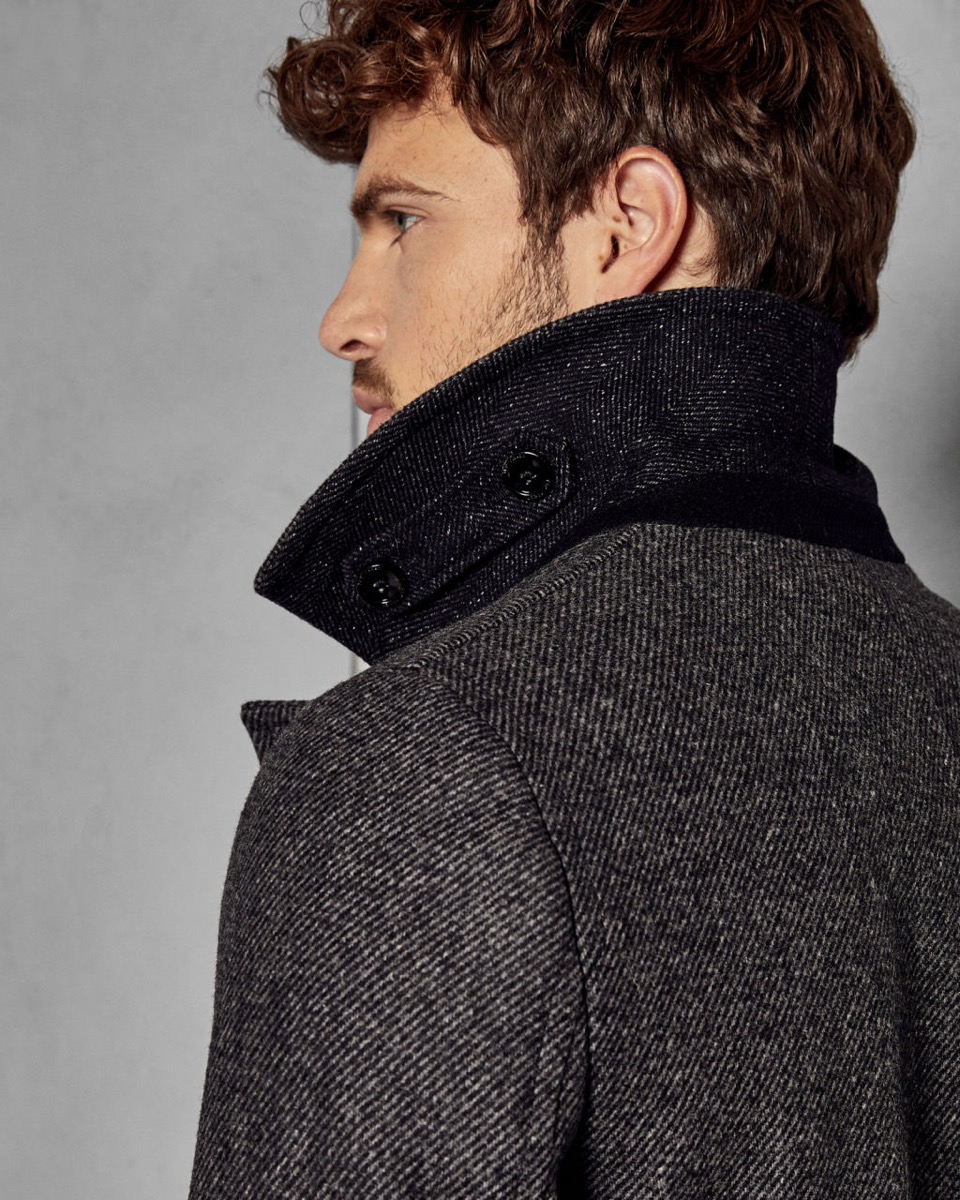 Popping the collar of your polo will make you look like a first-year pledge who got lost on the way back to Alpha Beta Whatever house. Popping the collar on your peacoat, on the other hand, will evoke menswear icons like James Dean. Who would you back in a fight?

With all due respect to Agent Mulder, making David Duchovny look tough-as-nails is no easy feat. And yet, for seven seasons, the stylists on Californication did just that by sticking to a simple style principle: black tees always work.

Yes, Duchovny is in pretty decent shape for a middle-aged guy, which definitely helped, but he's not exactly an Avenger—which is exactly the point. By dressing his character, Hank Moody, in a black tee, blue jeans and black boots, they imbued him with an unrivaled, effortless cool. And if the look can work for him, it can probably do wonders for you. 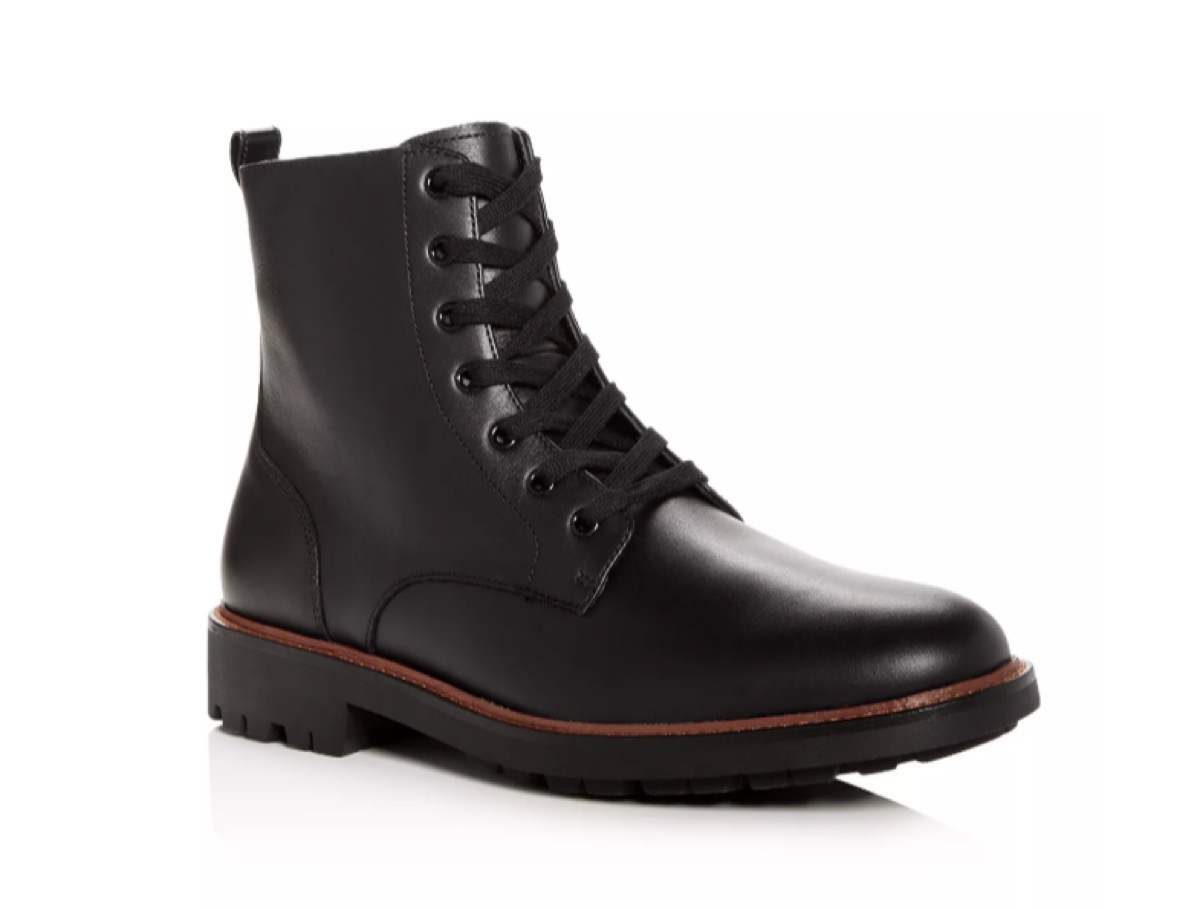 If Hank Moody's black tee and blue jeans had been paired with a pair of Brooks running shoes, he would have looked less like a Porsche-driving tortured writer and more like a minivan-driving suburban dad. Leather boots, on the other hand, instantly offer a shot of testosterone to just about any outfit. Pick up one pair in brown and another in black to add a powerful punctuation point to your look. 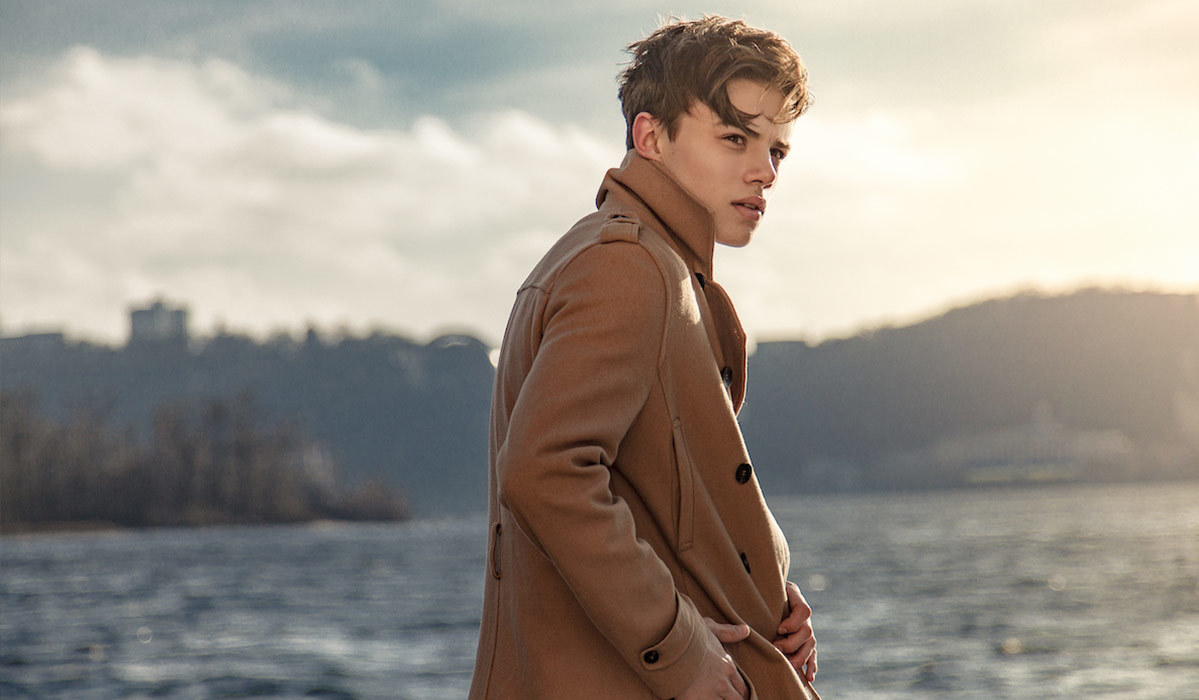 Throw a camel topcoat over a suit and you'll instantly stand out from the black and grey masses; wear it over a sweater and some tapered joggers to send the message that, for you, the weekend is no excuse for weak style. 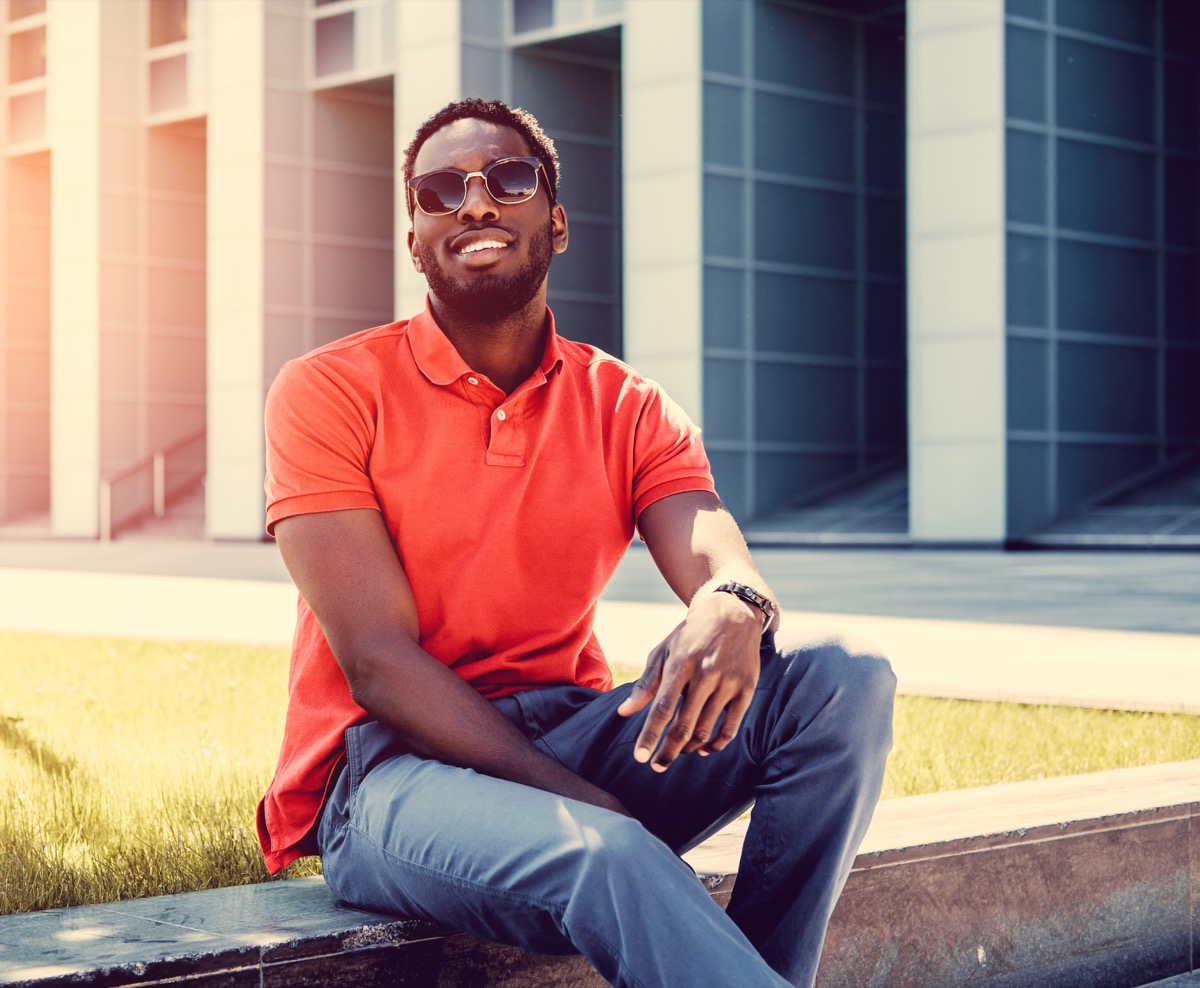 When it comes to men's style advice, there's one word that beats all others: "slim." And with good reason. When your clothes billow out from your body, you look small and insignificant inside them. When they track your arms, shoulders, and torso fairly closely, you look (and more importantly, feel) larger and more powerful.

With no piece is this more true than the polo. Find a fit that hugs your arms tightly to help your biceps look bigger, pick up a few colors (black, navy, gray ,and burgundy should all be in your rotation), and start wearing them as soon as the weather warms up. 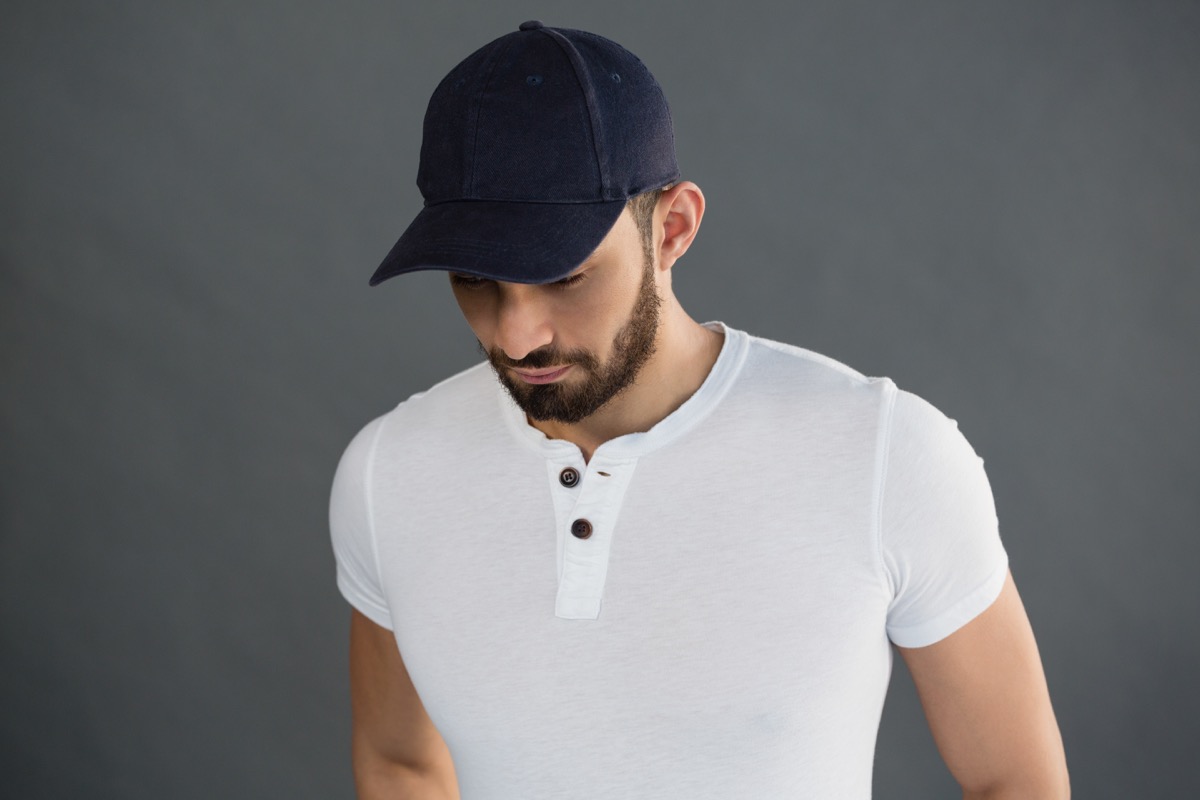 Henleys are the perfect power shirt; slightly dressier than a regular tee but less formal than a polo, they convey a cool confidence without seeming stuffy. Of course, thanks to the deep neckline, they're doubly powerful if you've been hitting the gym—and triply if you've been maxing out on the bench. And if the sleeves are short, well, that's just an excuse to show off any guns you've sculpted. 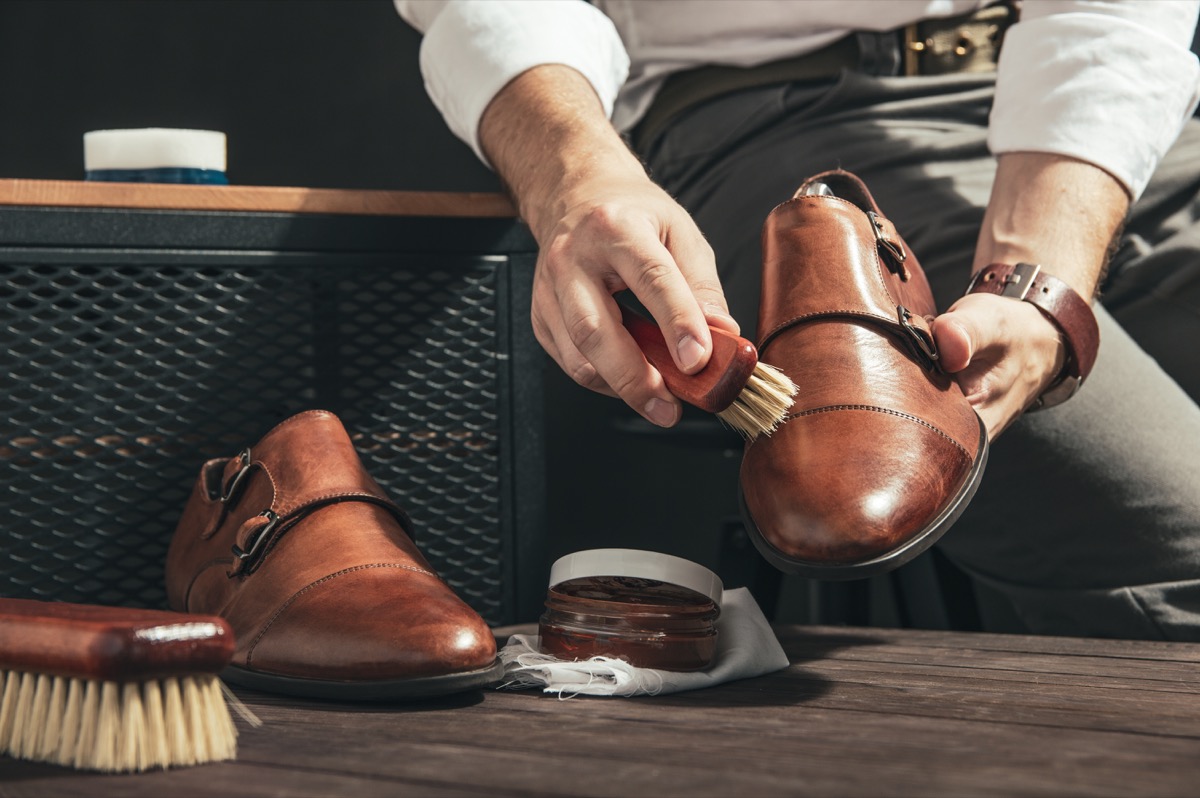 The preferred shoe style of Italian auto industry tycoons and Manhattan law firm partners, double monks represent a distinct departure from the oxford lace-ups you see in most offices—which is what makes them such a power move. 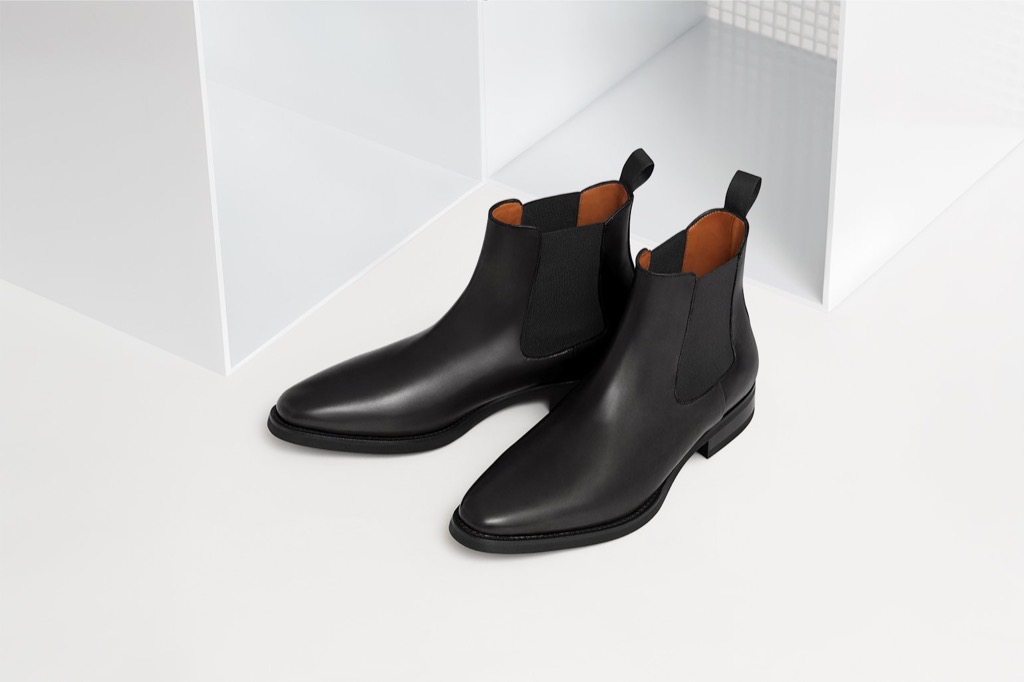 The practicality of Chelsea boots is obvious: with an elastic band at the ankles, they slip on easily without having to fuss with laces, which is why you see so many men (and women, for that matter) wearing them. But if you really want to step up your boot game (pun very much intended), opt for a pair with a more pointed toe, rather than the rounded toe you see most often. You'll get all the ease and benefit Chelseas provide, but stand out from the Blundstone-wearing crowd. 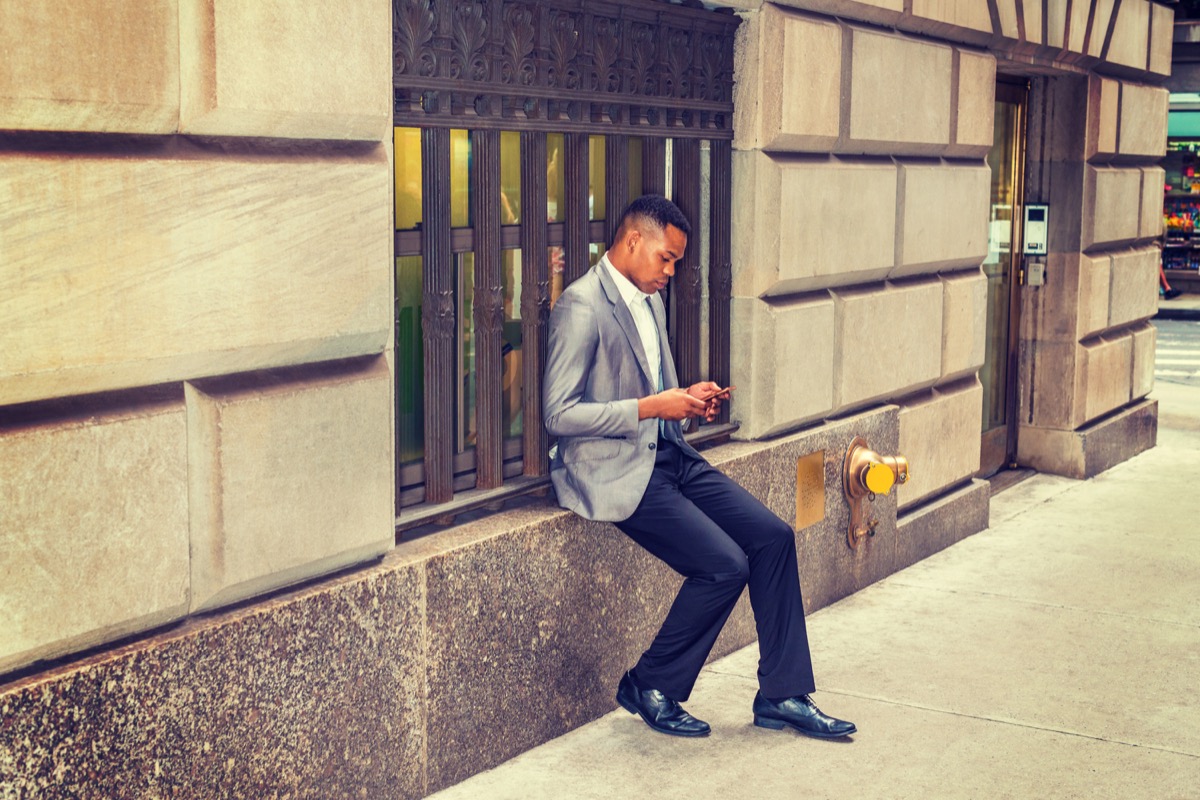 One of the most powerful feelings your clothes can provide is the confidence in knowing that, no matter where the day takes you, you'll be dressed for the occasion. To guarantee the feeling, rock this look, which is neither over- nor underdressed: navy chinos, white button-down, gray blazer (complete with a white pocket square), and high quality leathers (for best results, a simple dress belt and a pair of brogues). For the leathers, you can go black or brown, just be sure they match. Otherwise, you're committing one cardinal sins of fashion.

15
An Unstructured Blue Blazer (with Chinos) 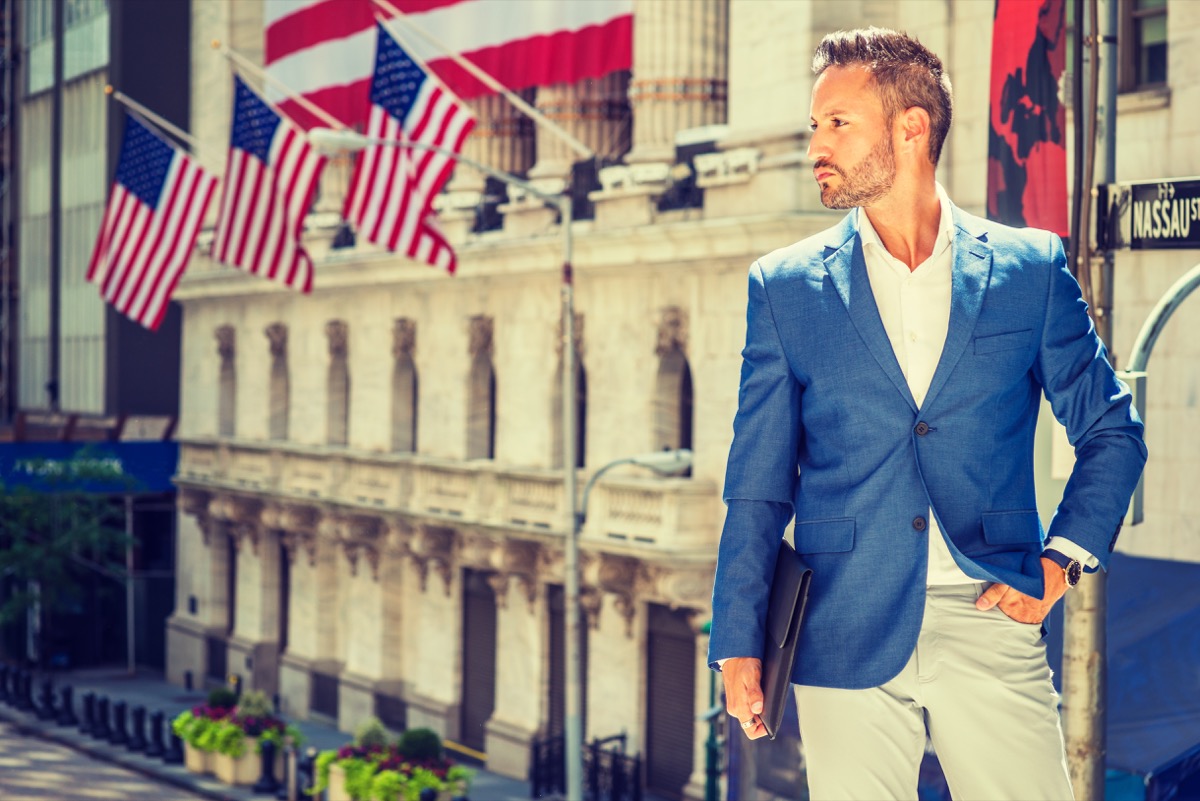 Another look that can take you almost anywhere, this potent, timeless combo comes with an air of sophistication. Sticking with an unstructured blazer keeps it from feeling too stuffy, while rocking a modern pair of chinos (best bet: a muted khaki) allow you to evoke Kennedy-level class without going full Martha's Vineyard. 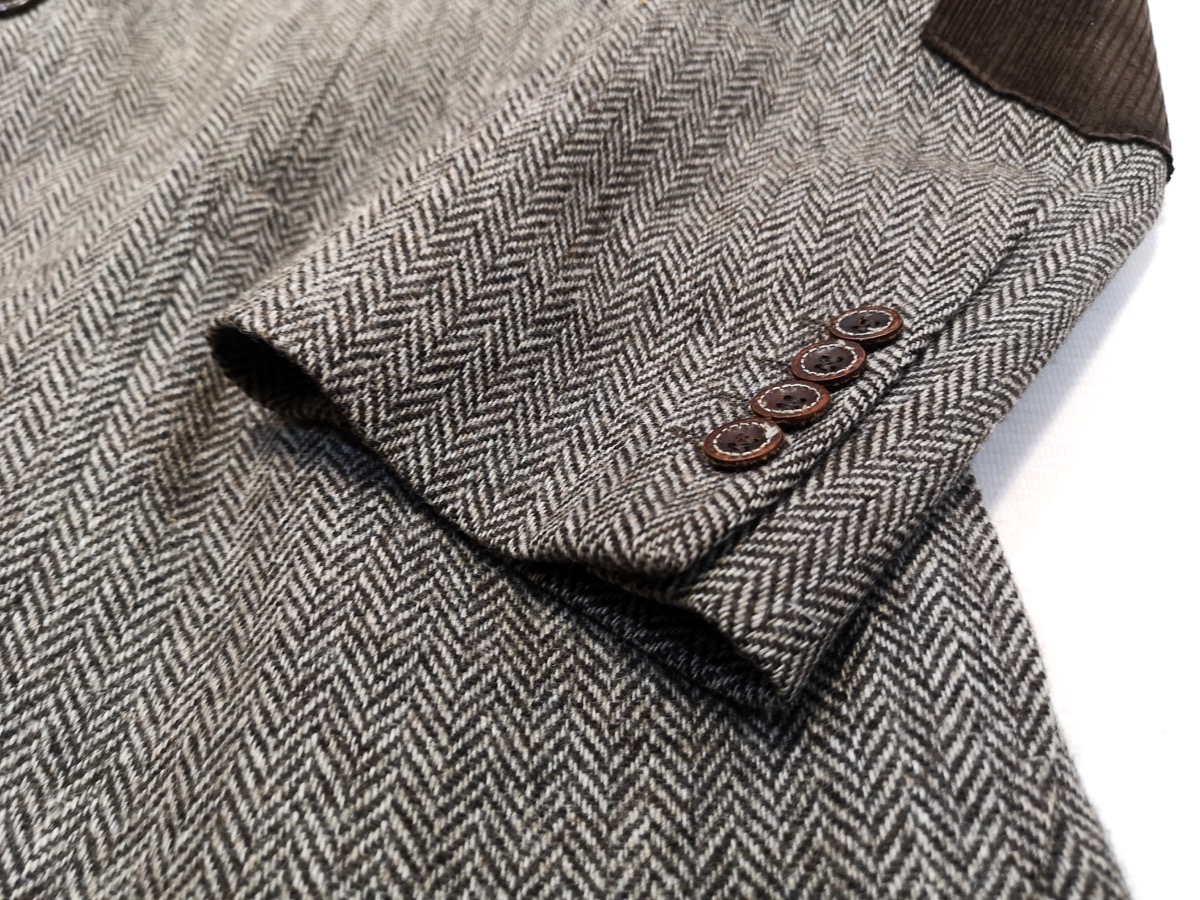 I would never give my fiancée the satisfaction of telling this to her face, but I kind of like watching Downton Abbey. Why? Because, while the overwritten melodrama may be hard to stomach, the menswear is often on-point—especially during the hunting scenes.

Yes, in 2019, wearing a full-on tweed hunting outfit would make you more like a cosplayer than a player, but you can can evoke the rugged spirit of the look by throwing a well-fitted tweed blazer over a cotton shirt and a good pair of dark denim. Finally, to complete the outfit, throw on some rugged brogue boots. 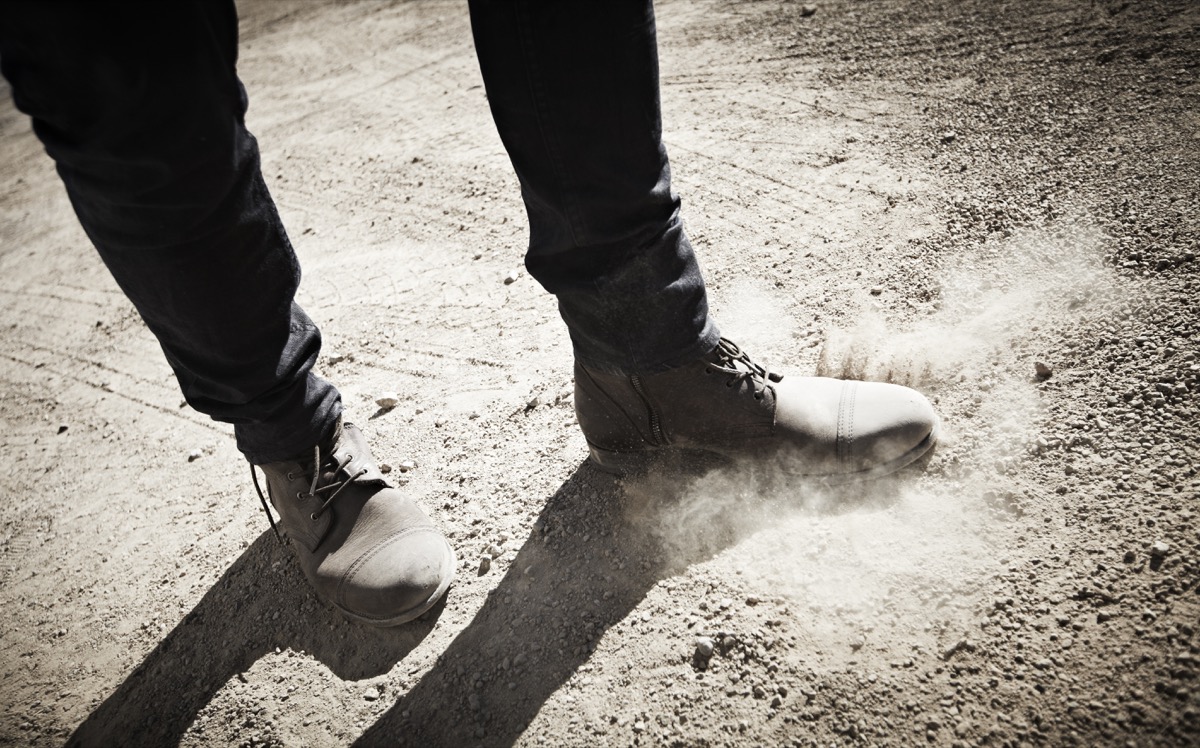 When it comes to footwear, most guys rarely think beyond black and brown, which is what makes grey such a great option. The suede can stand up to both sandy natural environments and grimy city ones, and the grey is versatile enough to pair with any color combo (not to mention hide some of that grime). 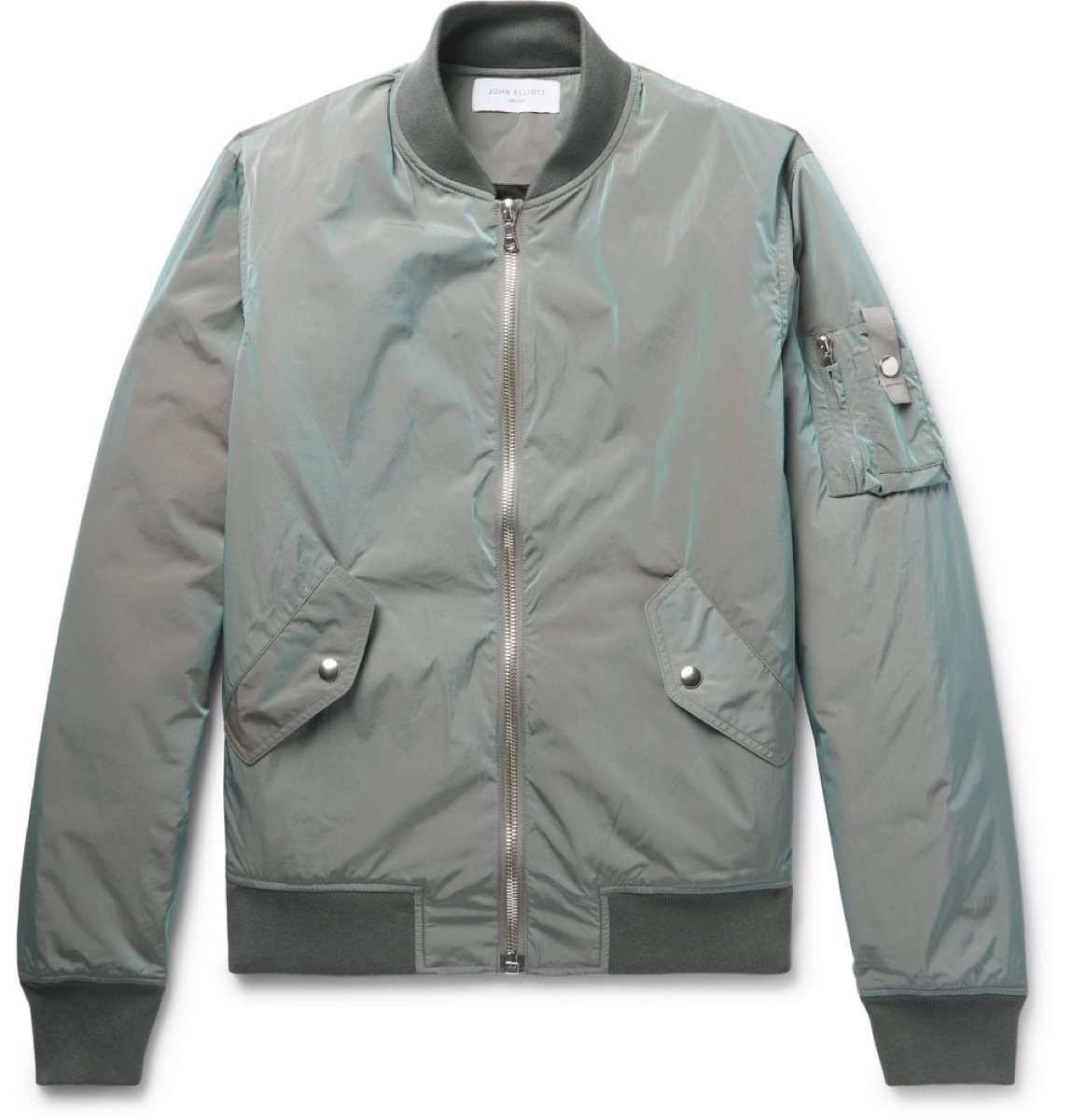 Why? Because, much those aviators he championed, a bomber jacket never goes out of style. Whether you opt for a fur-lined version or the kind with the baseball/varsity-style collar, you can't go wrong evoking one of the most classic military-inspired looks of all time. 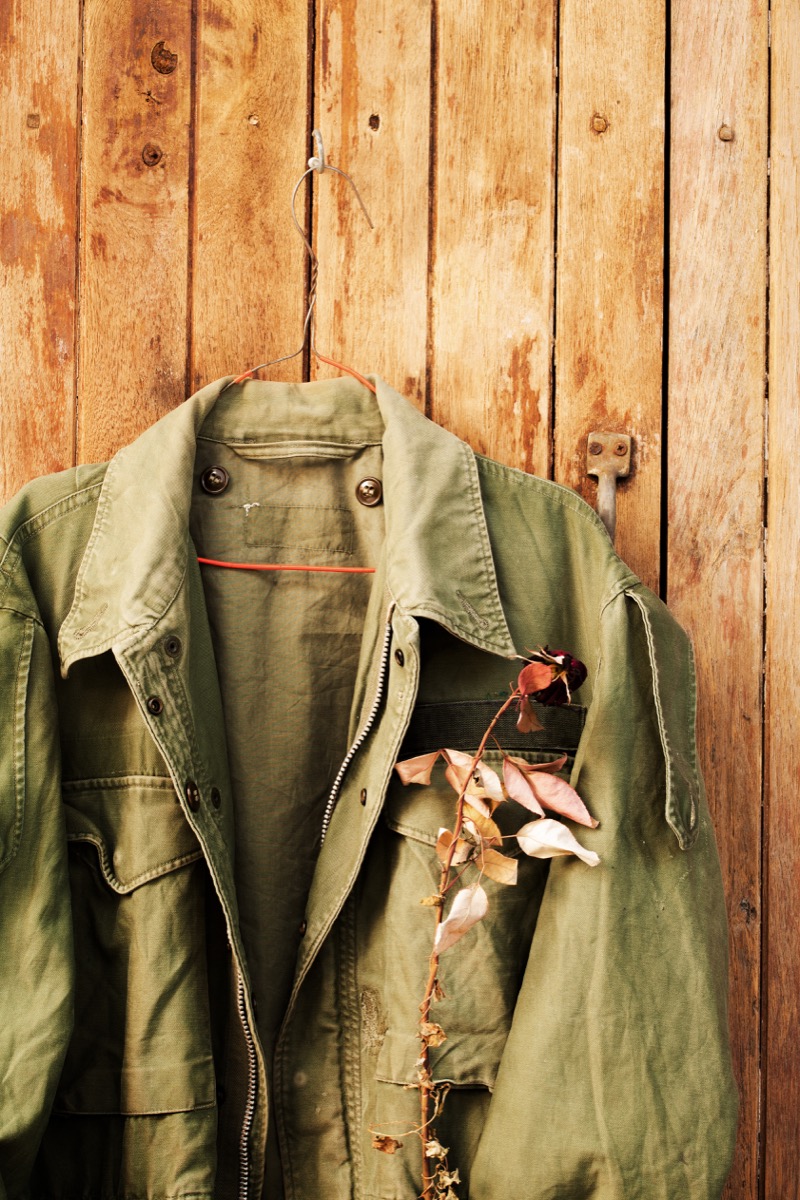 Another piece of military-inspired menswear, the field jacket is a must for guys who want their looks to evoke a little adventure (which is to say, pretty much all guys). Originally developed by the U.S. Army in 1943—and redesigned multiple times by both military and civilian designers alike—the field jacket makes you look and feel like you just came returned from a fight on the Western Front, even if all you're really fighting off is the urge to take an afternoon nap.

Unfortunately, in today's more casual world, opportunities to rock a tux are few and far between. But should you find yourself invited to a wedding or another formal event where black tie is optional, do yourself a favor and just go all out. Who knows when the next chance will come around? There's no outfit on earth that will make you look or feel more powerful. And for looks to rock this year, check out these 20 Men's Style Trends You Should Actually Try in 2019.

As the founder of Irreverent Gent, Dave shares advice that helps guys use style to stand out from the crowd (and jokes that make his readers wish he'd just stick to advice).