The art of looking as distinguished as humanly possible.

Silver fox hair—just like a well-cut suit or a timeless pair of shades—is something that never goes out of style. After all, a perfectly coiffed head of gray hair signifies maturity, wisdom, and sophistication, while at the same time projecting youthful vigor. For evidence, look no further than today's leading torch bearers of silver foxdom, including George Clooney, Richard Gere, Anthony Bourdain, and the recently crowned fox-of-the-moment, Steve Carell, whose razor-sharp part left the Internet aswoon this week.

If you're starting to see strands of gray when you look in the mirror these days—and you're ready to take your look to a whole new level—we've assembled your definitive to-do list right here, courtesy of John Allan, founder of John Allan's grooming and lifestyle clubs. And for more tips on looking your best north of 40, don't miss our definitive style rules for older men. 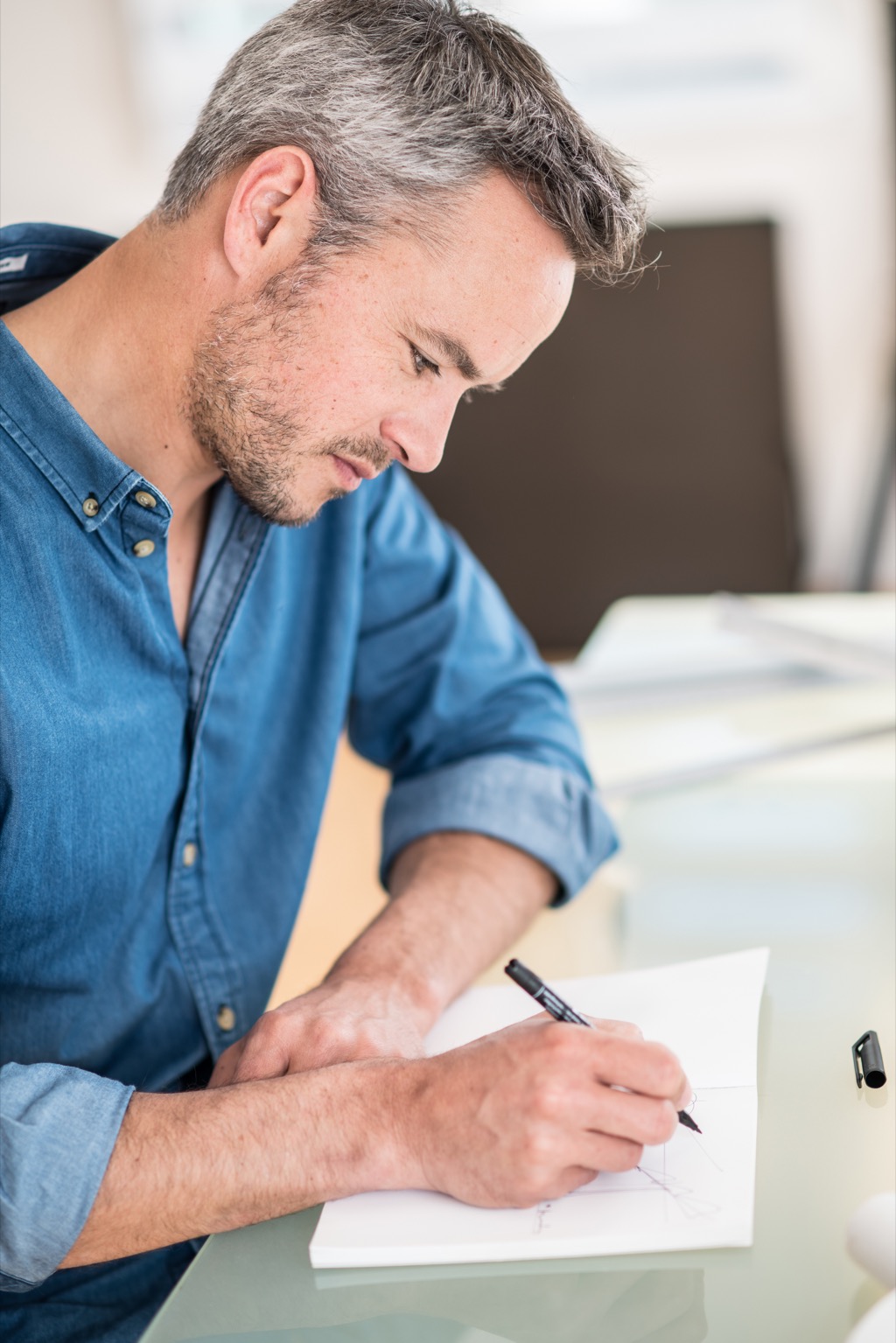 And say, "I want my hair to look like this." If you're looking for a change and you can't articulate it, sometimes a photograph will help create a bridge between you and the stylist. But guys don't often bring photos into my clubs. (You might want to check out the best and worst haircuts for men in their 40s for more inspiration.) 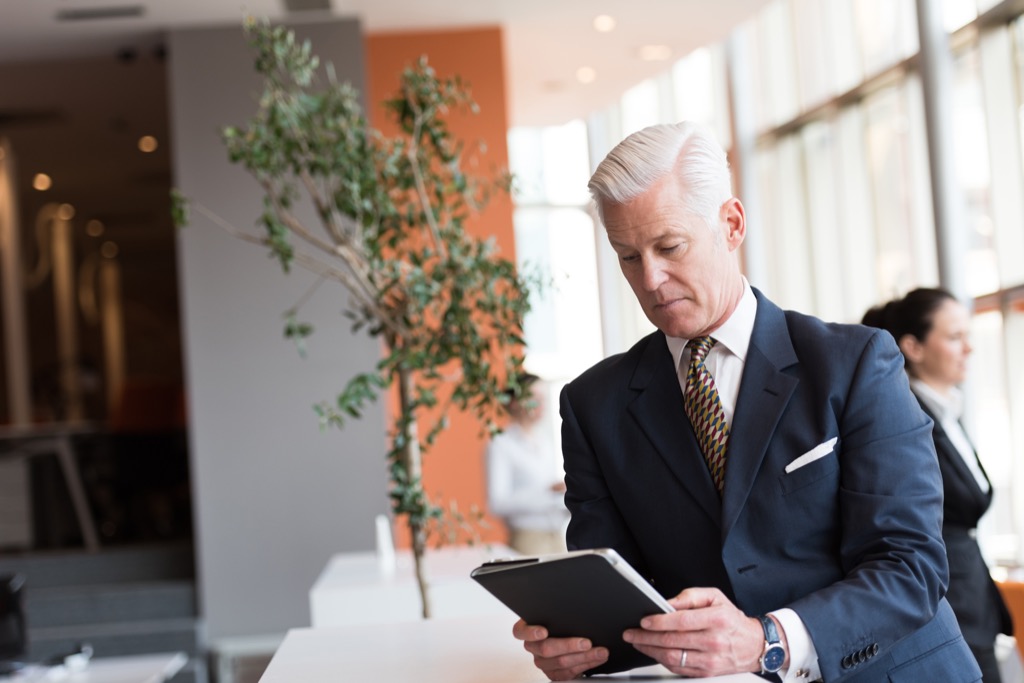 In this case, I recommend taking the hair shorter. It looks more distinguished. The length depends on the individual and what he can handle. Sometimes you have to walk a guy through the hair-loss process and say, "Listen, unless you're going to have medical work done, you're going to need to be cool with the way your hair is receding." Ditto for guys with the Friar Tuck, a.k.a. the Saturn Ring. Cut the sides shorter; it's more youthful. And for more ways to up your style game, check out this great grooming tech.

3
Know where you stand on added coloring. On some guys, the natural gray is very silver, so it's almost like a highlight; light reflects off it. Those guys can let nature take its course. Other guys go gray, but the color doesn't come through. Hair becomes very porous when it loses its pigment, so it will absorb things like smoke, pollution, and chlorine. It gets a yellow cast to it. In that instance, consider washing some color through your hair. We always work with semipermanent dyes, rinse-type products that wash out over three to four weeks. A shade that's lighter than your natural hair color usually works best. Stay away from permanent dyes, because as your hair grows, you'll have a line showing two different colors. It's something women are used to, but it doesn't look so cool on men.

4
Know that "silver fox" refers to more than just color 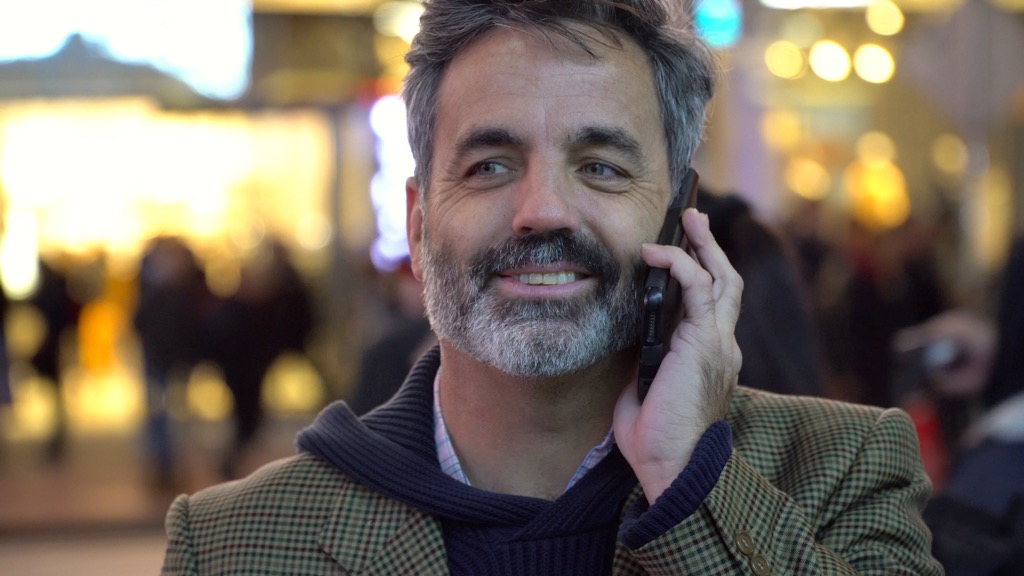 Pulling off the distinguished, silver fox look is also about texture, style, and maintenance. Gray hair can be dressed up in many ways, but chopping into it to give texture usually works well. Take Anderson Cooper: His hair looks like silk. It's a good look–a half inch or so on the back and sides and two to four inches on top. Then there's Tom Skerritt in Top Gun. He had a spiky haircut, but it gave him an edgy, youthful appearance. It doesn't have to be a trendy haircut, but it should be current. A good stylist will help your hair evolve as you change, so you don't have the same haircut today as a senior partner as you did when you were 14. Many guys have better hairstyles—and look better—in their forties than they did in their twenties. 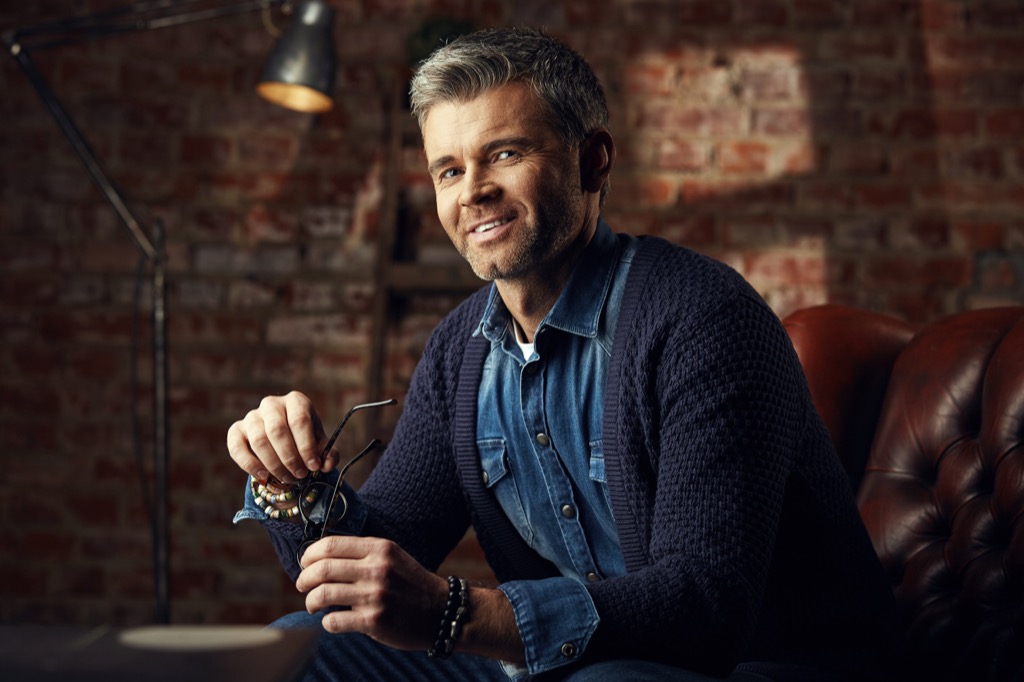 You need a good cleansing shampoo to remove the sebum and oil: I tend to go for vitamin-based, moisture-infused products because poor hygiene leads to dandruff. As far as a universal styling agent, a water-based pomade (as opposed to a wax-based pomade or gel) will infuse moisture and pump up the hair. It will also give thick hair better control and better quality. That's all you need. 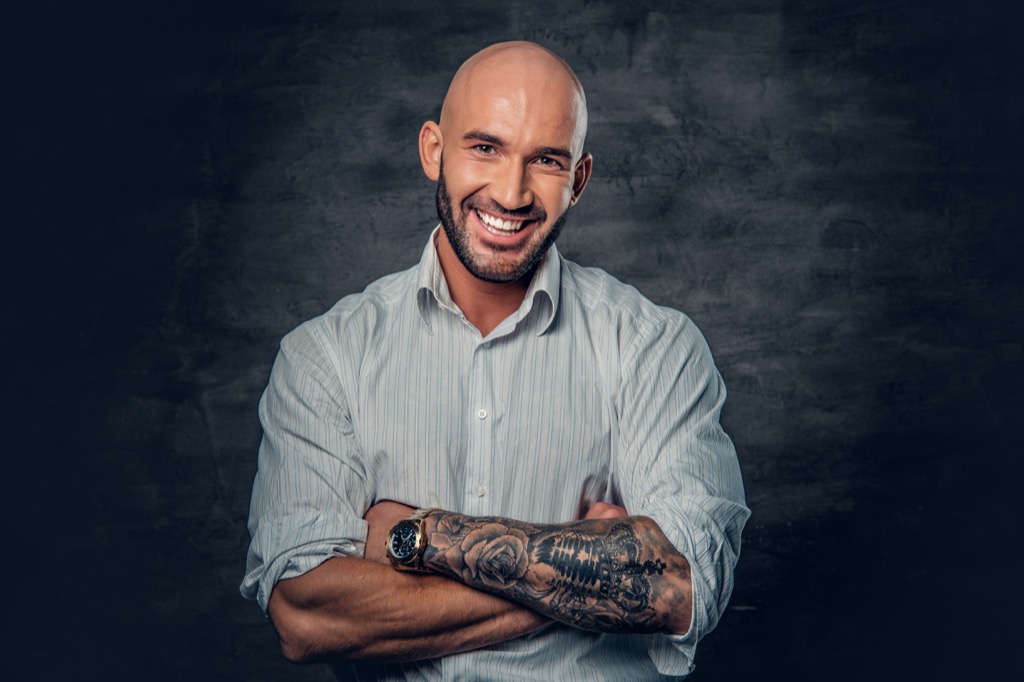 If you're Bruce Willis, you need to face the reality sooner rather than later, because it's a painful process to go through. But yes, you should probably cut it really close and forgo the silver fox. I suggest doing it in summer rather than winter so that you get some sun on your dome and you're not two different colors. Also, leave it a little rough… maybe a day's worth of growth like you do with your beard. It's not just that power baldness look of the '70s anymore.