Marriott, Hilton, and Hyatt Just Made This Big Update for All Hotel Guests

The stock market may be tanking (with the Dow down 800 points to start the week as of this writing) while inflation is soaring, leading to the widely discussed possibility of a looming recession. But so far there's no sign of fallout when it comes to the travel industry. Read on to find out what message top executives for the major hotel chains have for guests in the coming months.

READ THIS NEXT: Marriott Is Making Guests Pay More for This, Starting March 29.

Airlines are struggling to keep up with soaring demand.

Amid high demand for air travel, airlines have expanded their schedules. Last month, American Airlines announced it would be adding new flights to four major cities. And this month, Southwest began offering new service as well.ae0fcc31ae342fd3a1346ebb1f342fcb

On the flip side, some airlines have made moves in the opposite direction in the face of demand. For instance, Delta Air Lines announced it would cut its summer schedule as a way to cope with the same market conditions. In an internal memo, the airline explained it would need to cut its schedules through August as a way to improve its reliability, as the carrier is struggling to keep pace with what the memo describes as "extreme demand" of passengers flocking to the skies.

READ THIS NEXT: Marriott Hotels Are Getting Rid of This, Effective Immediately.

The hotel industry is eyeing its hottest summer in history, executives say.

And so far at least, the hotel industry is not seeing any impact from the financial fears dominating headlines either. Instead, its top execs say, the hotel industry is on track for one of the hottest seasons ever. In fact, Hilton's CEO Chris Nassetta predicted that the hotel chain will "have the biggest summer we've ever seen in our 103-year history this summer," according to CNBC.

He explained the two major factors that are keeping demand high: leisure travelers have sacked away savings, and that corporate balance sheets are highly profitable.

Travelers should expect high room rates in keeping with these trends. 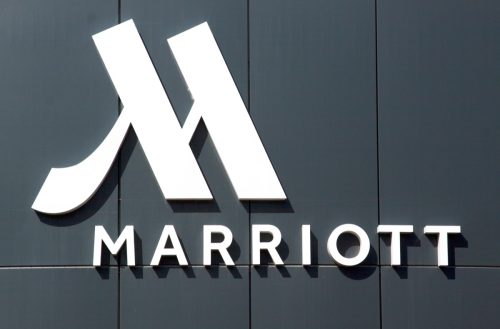 In the face of such hot traveler demand, hotels have raised their prices in accordance with market conditions—just as have other industries. "The price has gone up for everything, so we're not different than when you go to a gas pump or the grocery store or any other aspect of life," Nassetta told CNBC. "It's discretionary."

Marriott's CEO Tony Capuano shared the same sentiment, advising travelers to expect high room rates. He noted that over Memorial Day weekend, a key metric was way up compared with pre-pandemic circumstances: The company's revenue per available room was up about 25 percent in 2022 compared to 2019. And that number was even higher for its luxury properties—like the Ritz-Carlton and St. Regis brands—which saw close to a 30 percent increase in rates in the first quarter of this year compared with 2019.

Specifically, he said, travelers should expect higher room rates in high-demand leisure and coastal destinations. With so much pent-up demand, travelers are intent on high-end, bucket-list trips.

Keith Barr, the CEO of IHG Hotels & Resorts (the parent company of brands including InterContinental and Holiday Inn) said he only expects demand to continue to grow this summer. And accordingly, he expects room rates to grow too, alongside rising inflation and other costs.

RELATED: For more travel advice delivered straight to your inbox, sign up for our daily newsletter.

Demand—and prices—are likely to go up even more now that the U.S. has lifted International COVID testing requirements.

Demand could increase even further now that the U.S. has dropped its COVID testing requirements for visitors coming from abroad—becoming one of the last countries to do so. This will likely bring in more money from international travelers, who tend to spend more than domestic visitors, Hyatt's president and CEO Mark Hoplamazian told CNBC.

Overall, he said, "across the board, all the business segments and leisure are all firing on all cylinders."

READ THIS NEXT: Never Check In to a Hotel Without Requesting This, Experts Say.