American Is Adding Flights to These 4 Major Cities, Starting This Summer

The carrier is taking advantage of a recent spike in demand for air travel.

For the better part of the past two years, it seemed the only news to come out of the airlines appeared pretty dire as COVID-19 brought most travel to a grinding halt. Now, carriers are faced with a very different environment and are bulking up their schedules as passengers return to seats in droves. The latest news comes from American Airlines, which just announced it would be adding new flights to four major cities in the coming months. Read on to see which markets will see more departure options over the summer.

READ THIS NEXT: Delta Just Made This Permanent Change for All Passengers, Starting Now.

Airlines are noting an unprecedented surge in travel as the industry rebounds from the pandemic.

Despite lingering obstacles such as labor negotiations and spiking fuel prices, major carriers have expressed confidence that their fortunes have finally improved. During the J.P. Morgan Industrials Conference on March 15, American Airlines CEO Doug Parker said "demand is higher than it's ever been" for domestic travel and ticket sales were "incredibly strong," citing that the company had seen three record-breaking days for bookings, per USA Today.

American recently announced it was bulking up its schedule with new flights affecting four cities.

As part of its push to spread its wings once again, American Airlines announced that it would be expanding operations over the summer season by adding new flights to four major cities, travel news outlet Simple Flying reports. The new routes will see daily departures between Dublin, Ireland and Charlotte, Chicago O'Hare, and Dallas–Fort Worth operated through Oct. 29.ae0fcc31ae342fd3a1346ebb1f342fcb

The new seasonal flights will take advantage of increased travel demand to the popular tourist destination. 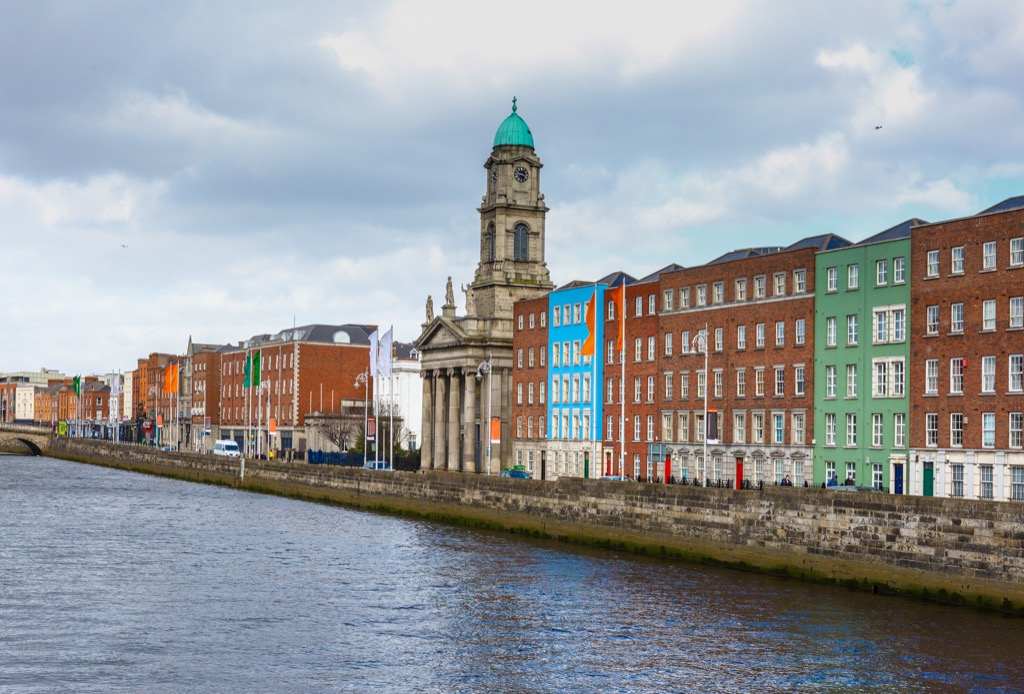 The latest flights will be in addition to the airline's existing year-round daily service from Philadelphia, with Dublin being the second largest European destination for that airport. In total, the carrier will be offering more than 13,600 seats on 56 flights per week to the popular Irish destination, bringing its numbers close to 96 percent of the capacity it had before the pandemic, Simple Flying reports.

"We are proud to continue to expand our footprint across Europe with more flying from Dublin to our U.S. hubs, providing more flexible travel options to our customers who are eager to return to the skies," Rhett Workman, Managing Director for Europe, Middle East, and Asia for American Airlines, said in a statement.

American Airlines has recently made other significant changes to its schedule.

This isn't the only time recently that American has announced a significant change to its routes. In March, the carrier said it would be adding a new non-stop flight between New York's John F. Kennedy Airport and Hamad International Airport in Doha, Qatar beginning in June, making it the only U.S.-based airline to service the destination. And in February, American announced an increase in service to Central and South America, bumping daily flights from Miami to Buenos Aires from one to two and increasing the number of daily flights to Guayaquil, Ecuador, Liberia, and Costa Rica to three each, as of May 1. Dallas also saw a third daily flight added to Guanajuato, Mexico as part of the changes. And New York J.F.K saw two additional daily flights to Miami added to its schedule and an increase in regional connections to Norfolk, Cleveland, Pittsburgh, Raleigh, Richmond, and Baltimore, Simple Flying reported.

However, the airline also pared down some of its routes. The company's revised May schedule showed that international and long-haul flights servicing Chicago, Dallas, Los Angeles, and Raleigh would also be affected as of May 1. The new departures saw Chicago reduce its four daily flights to London's Heathrow Airport to three. Meanwhile, Los Angeles had its service between Sydney suspended as a suspension on flights from Raleigh to London was extended through at least June 3. And Dallas had flights to Kahului, Maui reduced from twice daily to one, service to Santiago, Chile suspended from May 5th through June 3rd, and had the resumption of flights to Tel Aviv further delayed through June 4th.

READ THIS NEXT: United Is Finally Bringing Back This Service for Travelers, as of April 14.