23 Clothing Items That Changed Our Culture

Even a pantsuit can have an indelible effect on our society.

Any half-interested observer of the fashion world can tell you that trends come and go with the frequency of the tides. But every now and then, something arrives with such an earth-shattering force that it redefines the way we think about our clothes forever. (I mean… Can you ever look at flannel the same way in a post-Kurt Cobain world?)

With that in mind, we've compiled the most iconic clothing items that have changed our culture forever—for better or worse. And to learn more on the crazy world of fashion, read up on the The 10 Most Powerful Fashion Brands on the Planet. 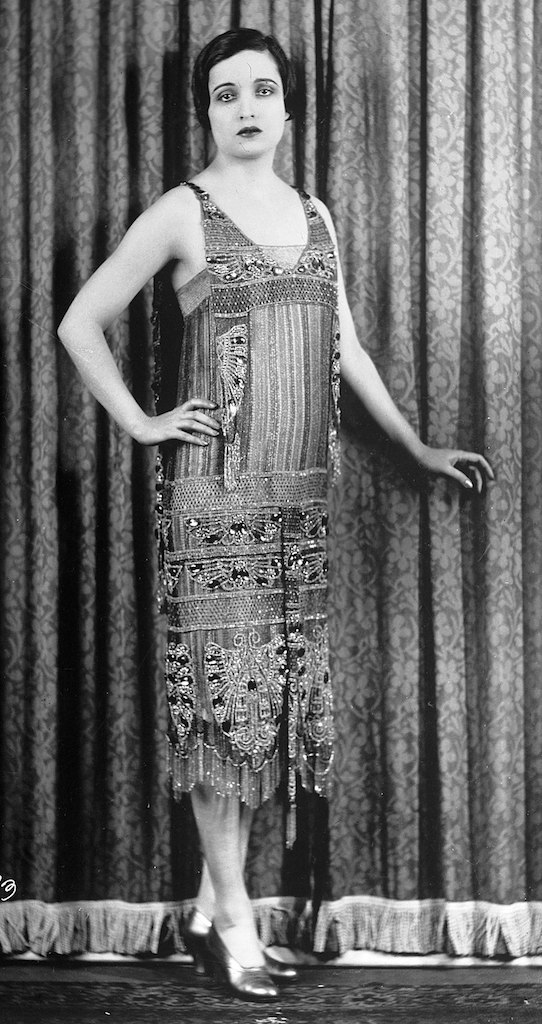 Get your own: Tiered Fringe Cocktail Flapper Dress, by Badgley Mischka Collection

Women in the 1920s were tired of concealing their sexuality, and so they created the Flapper dress, pulled from a 1920 film starring Olive Thomas, in which she wore a short skirt and sleeveless dress.

Instantly, the flapper was born—and girls and women began shedding their locks, their hemlines, and their inhibitions in a fashion that changed women's style forever. And for more of your favorite celebrities' fashion fails, check out these 30 Worst Red Carpet Style Fails. 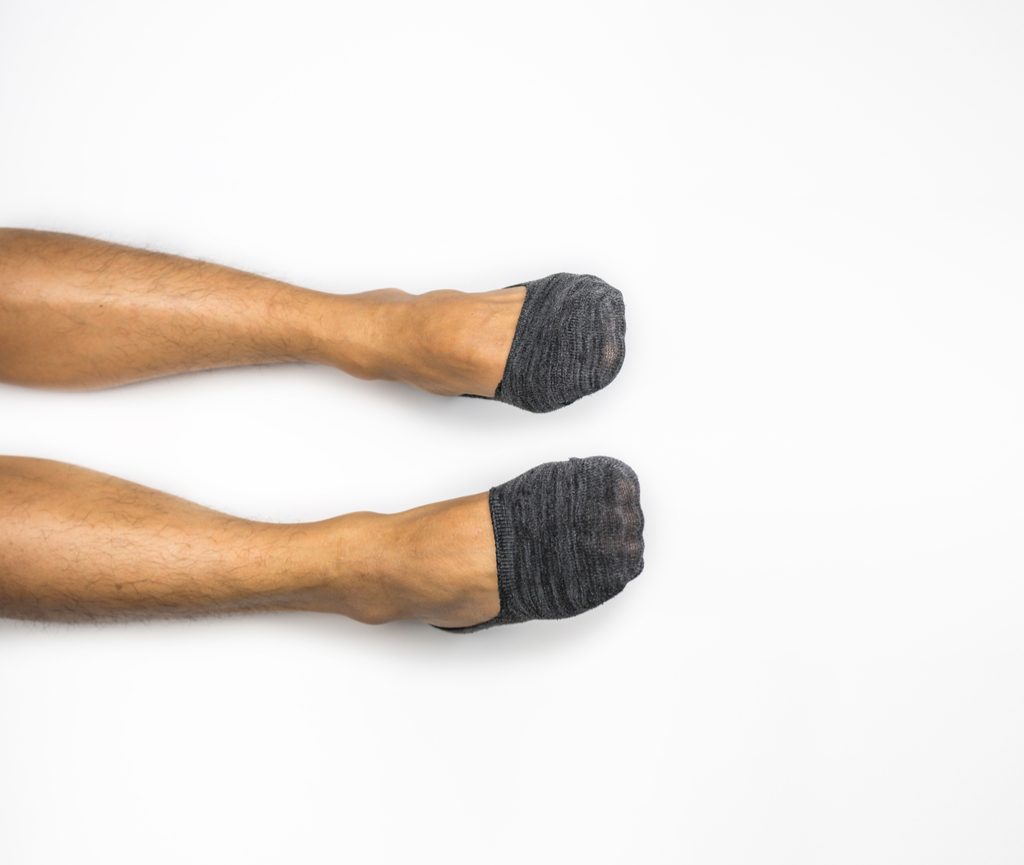 Get your own: No-Show Socks Three-Pack by J. Crew

For years, people wearing shoes who didn't want their shoes to smell had to wear ugly little anklet socks, which made even the most fashionable person look like a grandpa. Not anymore. Today, men and women everywhere are freely flashing ankle with a great, sock-less look. 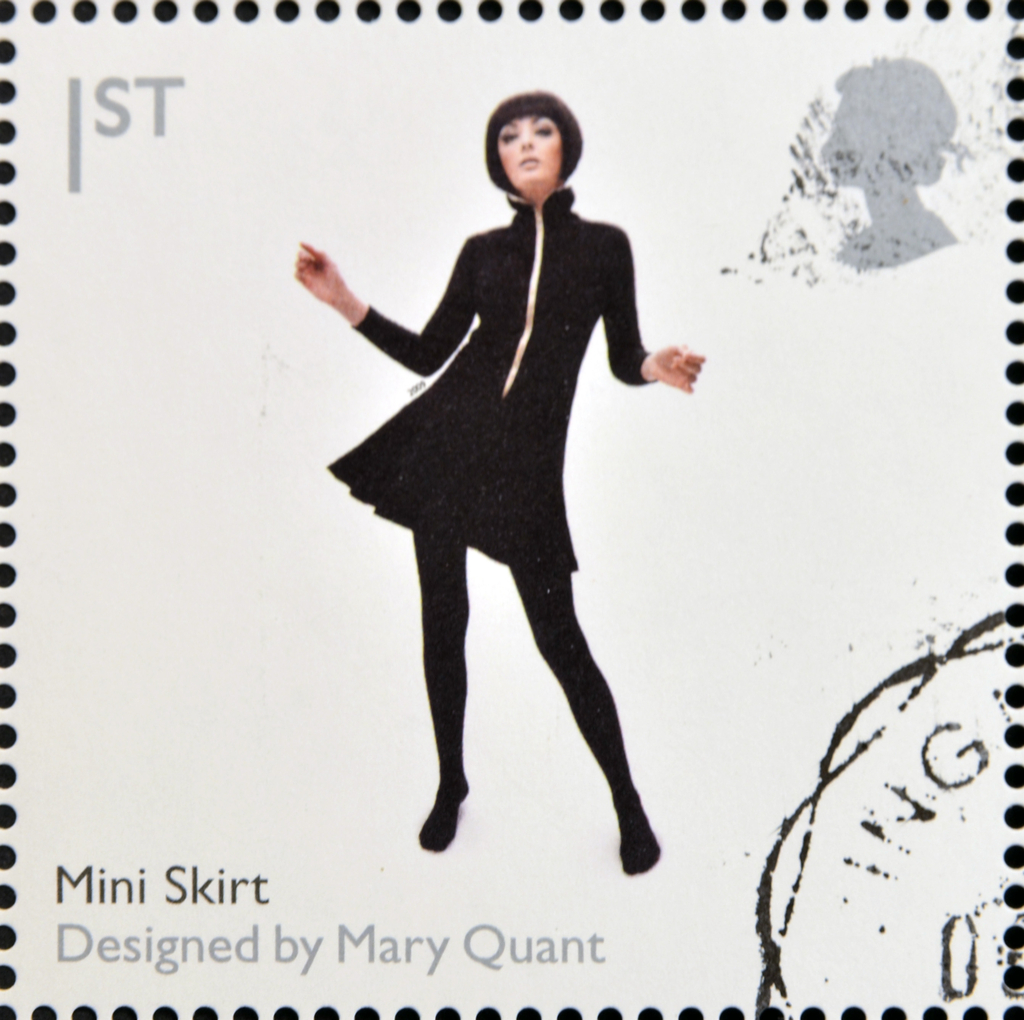 Get your own: Glen Check Woven Straight Back-Zip Mini Skirt by Akris punto

If you've ever strutted down the street in a miniskirt, you can thank British designer Mary Quant for inventing this act of feminine protest. Since the 1960s, women have rocked a miniskirt in various shapes and sizes—all in the name of feminine power. 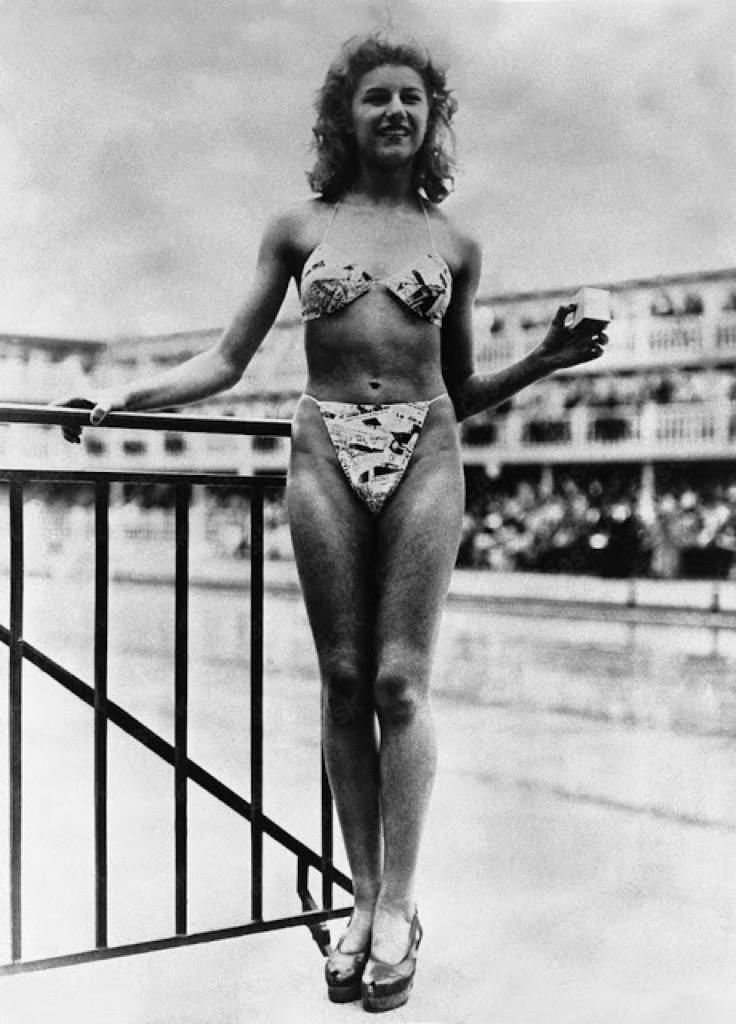 Get your own: Sunrise Swim High-Waisted Bikini Bottom in Emerald Garden by Modcloth

While the creation of the bikini can be traced all the way back to 5600 BC, it wasn't popularized until Louis Réard introduced the modern bikini, modeled by Micheline Bernardini, in 1946. Since then, women everywhere haven't gone anywhere without their itsy-bitsy bikinis.

Get your own: Scotch Plaid Flannel Shirt, Slightly Fitted by L.L. Bean

Ever since the Nirvana singer brought flannel to the forefront of fashion, it has remained a trend-proof wardrobe staple that preps and punks alike can rock. And for more plaid (and inevitably, more rock 'n roll), check out these 30 Terrible Original Names for Your Favorite Bands. 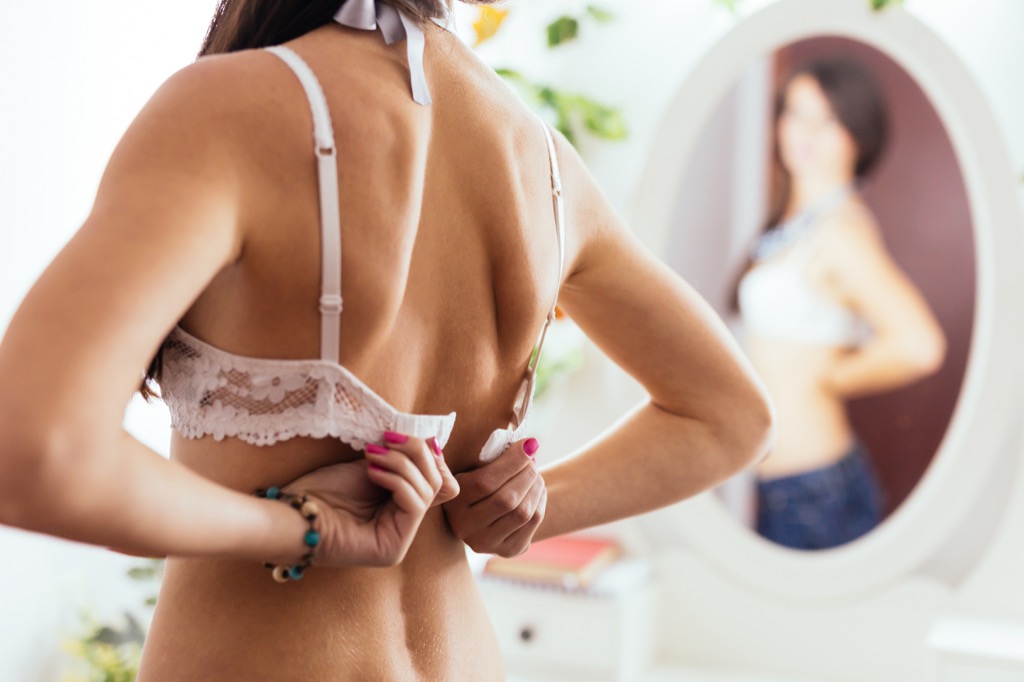 Get your own: Ditzy Daisy Embroidered Lace Up Bustier by For Love and Lemons

Since the beginning of the 20th-century, the bra has undergone multiple transformations—from bra-burning political protests to the dawn of Victoria's Secret. I mean, where would we be without Madonna's cone bra?

President John F. Kennedy, also known as "The Man Who Killed the Hat," is reported to have singlehandedly shattered the hat industry by refusing to wear for his inaugural address in 1961—as every other President had one before him.

Whether or not that's true, the ubiquitous hat and close-cropped hairdos of men were soon replaced with longer manes and hat-less heads that are so commonplace today. 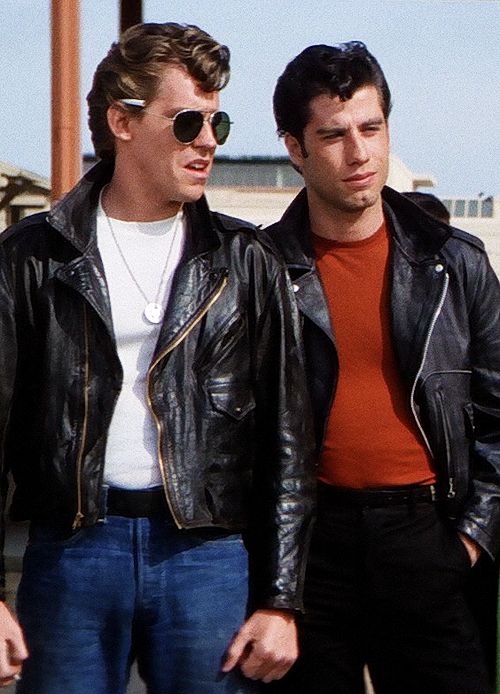 Get your own: Washed Leather Motorcycle Jacket by Madewell

Few fashion staples have stood the test of time like the leather jacket—tough, undeniably cool, and versatile. The leather jacket became synonymous with cool as the likes of Steve McQueen, Marlon Brando, and the Ramones made (nearly) every person on the planet yearn to be just as bad as they were. 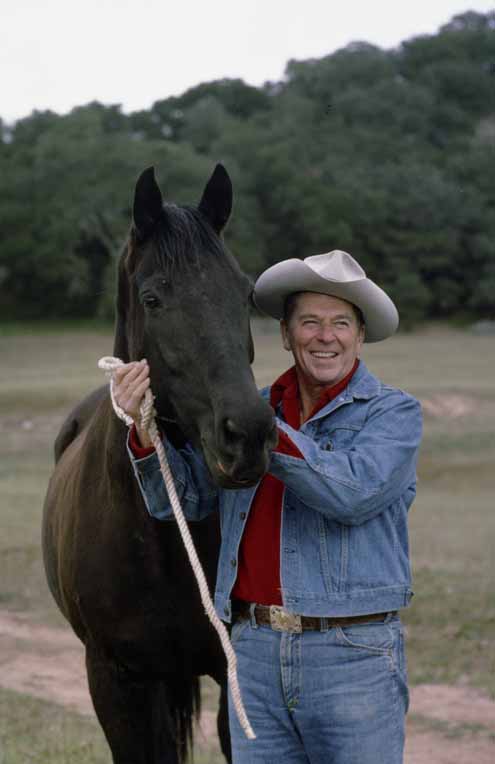 Get your own: Washwell Light Indigo Jeans in Skinny Fit with GapFlex by Gap

Stonewashed jeans, or even simply prewashed jeans, became incredibly popular when brands like Guess and Levi's began altering denim in the 1980s. Today, you can't step foot into a clothing store without at least spotting one pair of stonewashed denim.

10
Suits with the last button unbuttoned 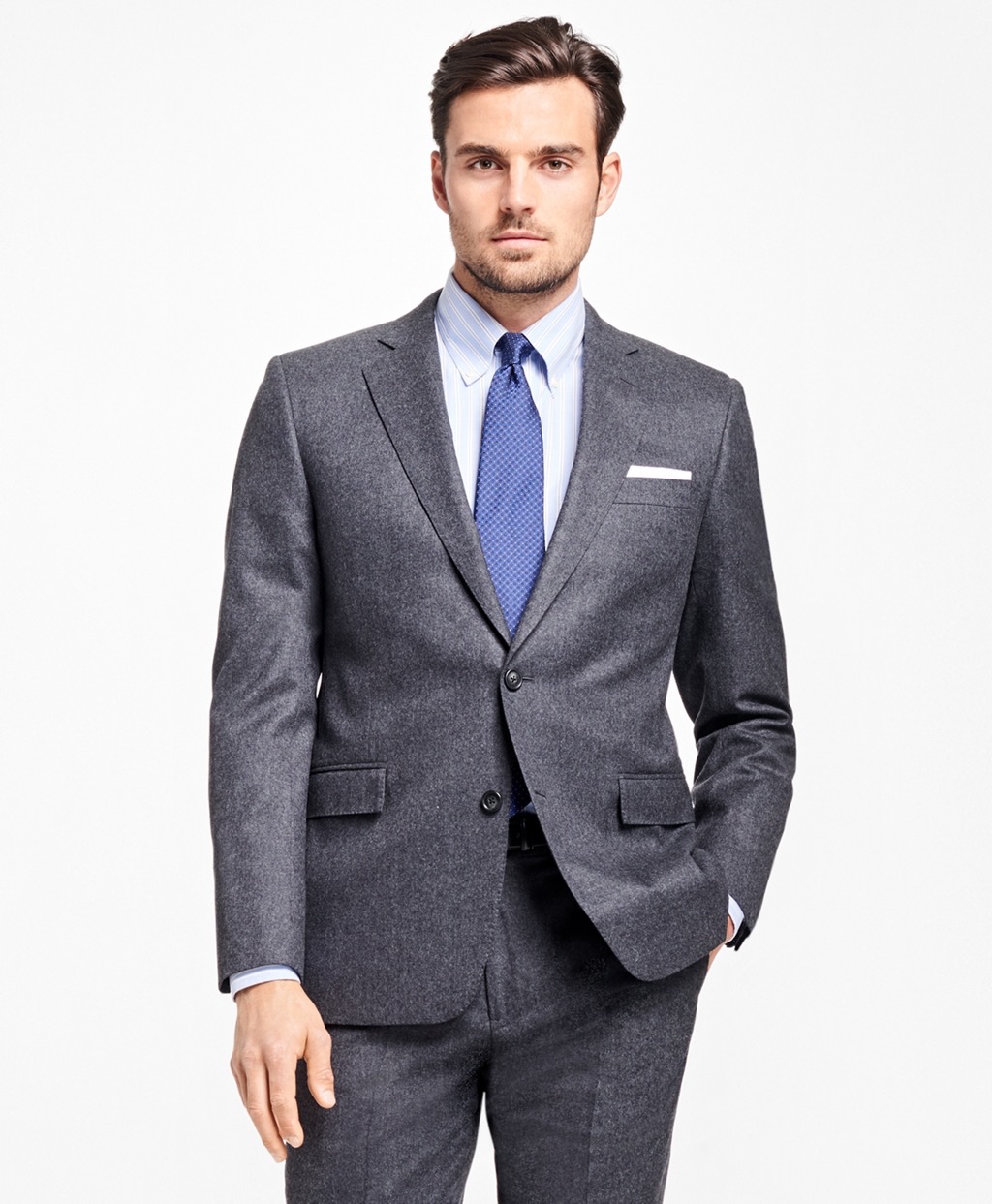 Get your own: Jetsetter Stretch Italian Cotton Suit Jacket by Bonobos

According to menswear lore, King Edward VII, a rather plump man, began leaving his suit's bottom button unbuttoned—mostly out of necessity, since he seemed to have trouble finding suits that actually fit.

Though the king may not have known that he was creating a fashion moment, it became clear that he had indeed done just that when men around the globe began foregoing the bottom button in the name of fashion. In fact, it's even come so far that it's considered a fashion faux pas to button the bottom button.

11
Wearing jeans fashionably at all 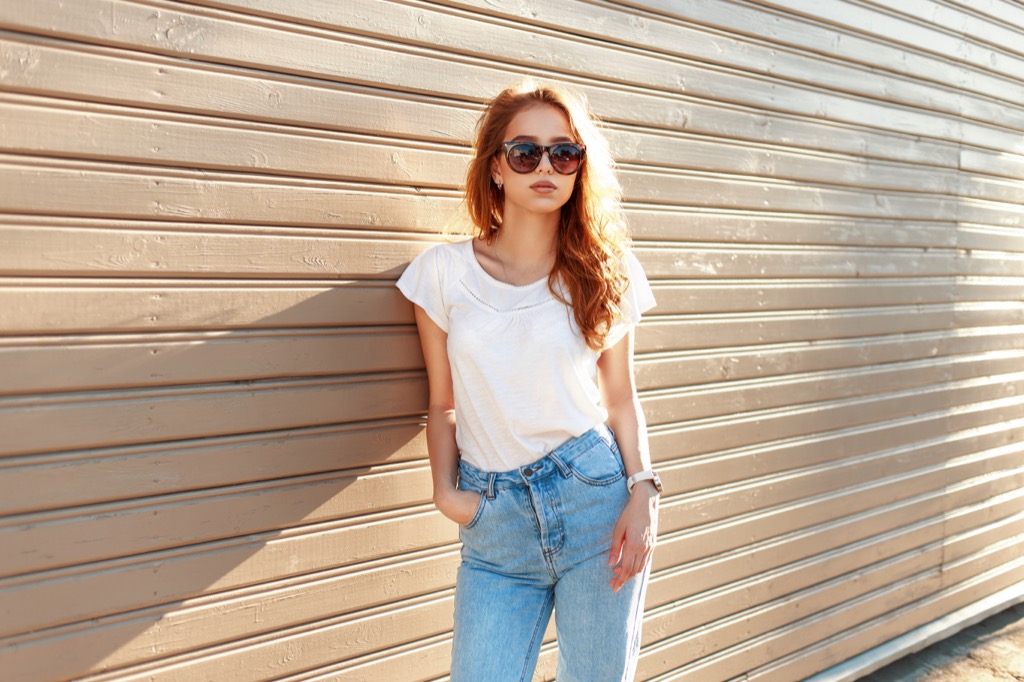 Get your own: 720 High Rise Super Skinny Jeans by Levi's

Originally designed for cowboys and miners in the late 19th-century, blue jeans saw a resurgence in popular culture beginning in the 1950s, especially among members of the greaser subculture. From that point forward, no matter the trend or the subculture involved, blue jeans became a signature staple.

Get your own: Ward Seamed Pencil Dress by Felicity & Coco

According to the fashion great Karl Lagerfeld: "One is never over-dressed or underdressed with a Little Black Dress."

This versatility and ingenuity is something that Coco Chanel had in mind when she created the original Little Black Dress in the 1920s, which instantly grew to cult-like popularity. Now, nearly every woman in the world can thank Chanel for some of their best fashion moments.

Since Esquire called the zipper the "Newest Tailoring Idea for Men" after the product gained a following in the 1930s, the fashion world saw a more functional and modern future taking shape. After more than 80 years of mass production, zippers have aided in the creation of jackets, jeans, and many other trends. 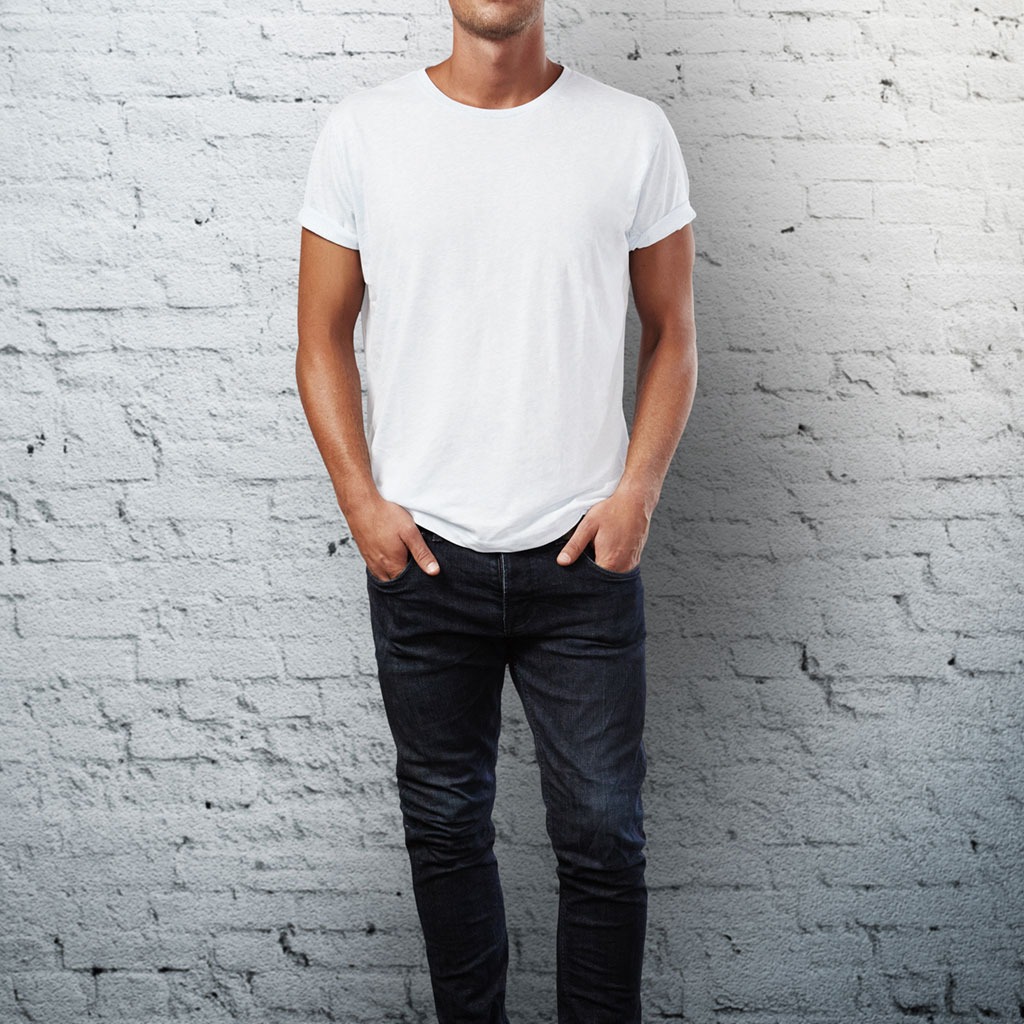 Get your own: Crew Neck T-Shirt by Mack Weldon

Over the course of  the past few decades there has been a resurgence in the popularity of basics. Among them: the white t-shirt—versatile, sexy, simple—allowing complete freedom of expression just from a cheap, plain article of clothing.

But, as you can probably see, this is much of the appeal to the white tee. Whether you're channeling James Dean in Rebel Without a Cause, or your favorite off-duty athlete, there's no shortage of cool to your $10 t-shirt. 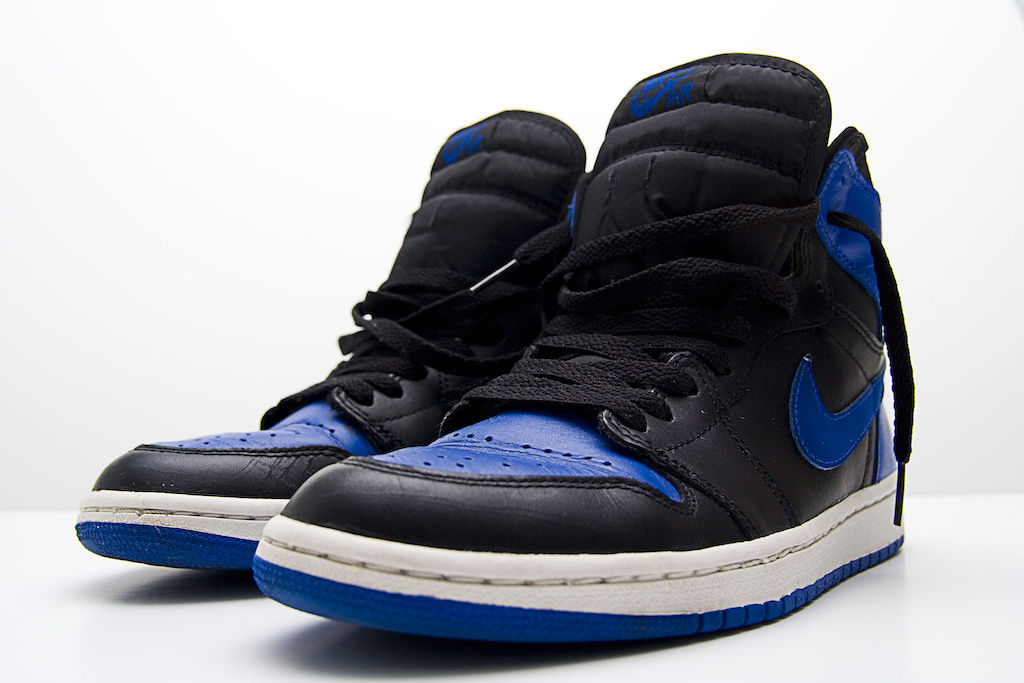 Get your own: Jordan 1 Retro UNC by Air Jordan

Air Jordans are the kind of shoes that people wait in long lines for—and that, since their inception in 1984, have been worn by every nationality, zip code, and age. First created for former professional basketball player Michael Jordan, these shoes created by Nike finally brought basketball footwear to the mainstream—and there they still remain to this day, and quite fashionably so. 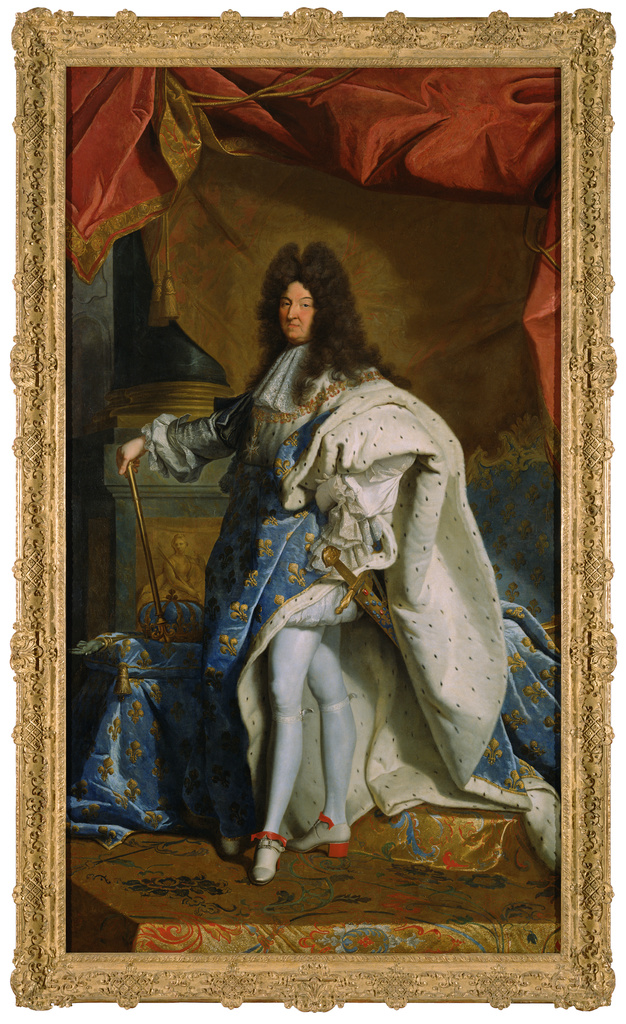 Get your own: The Nudist Sandal by Stuart Weitzman

High heels, the epitome of femininity and grace, were first worn by men, dating as far back as the 10th century. While at first they were used by members of the Persian cavalry as devices to keep their feet in the stirrups, beginning in the 17th-century, members of a higher social class began wearing heels as a sign of opulence and wealth. Fast forward to the 21st-century, and almost every woman owns at least two to three pairs of high heels. 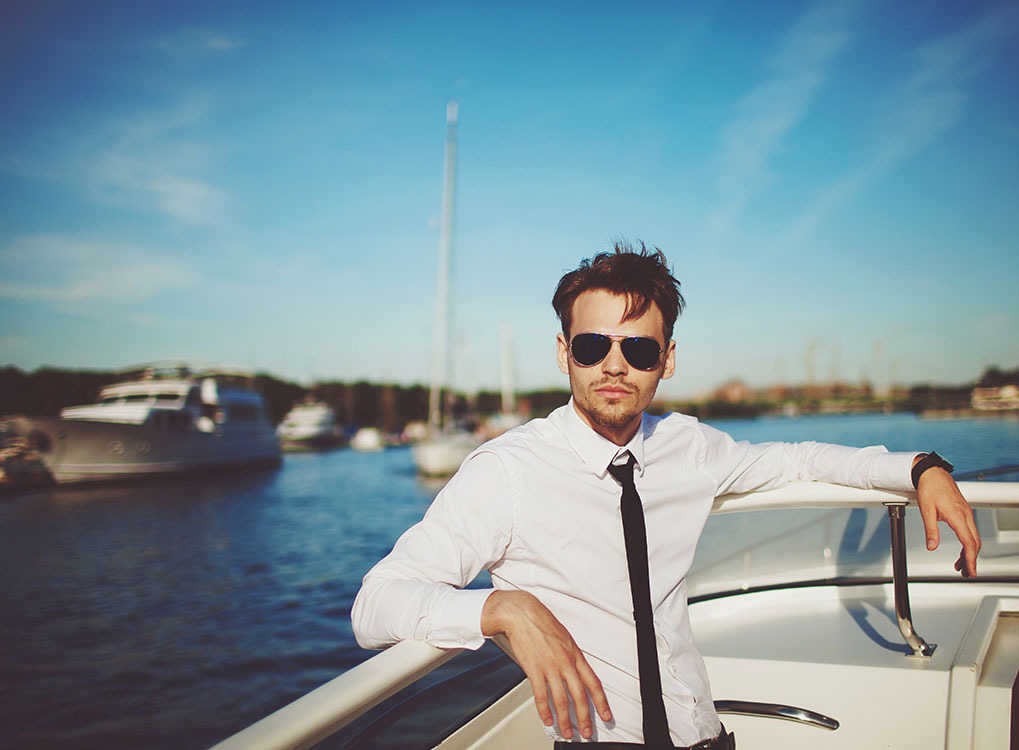 Get your own: Junior Mirrored Aviator Sunglasses by Ray-Ban

Sunglasses were first produced in 1929 by Sam Foster as a simple tool to protect people's eyes from the sun. Now, sunglasses are more than just a safety precaution—they're your best accessory and beach companion.

Get your own: Semi-Opaque Control Tights, Black by Commando

Hosiery was worn as a way of covering up women's newly revealed legs and ankles since the 1920s. Since then, they have become a symbol of sex and of purity—two very different viewpoints that demonstrate the power of a great pair of tights. 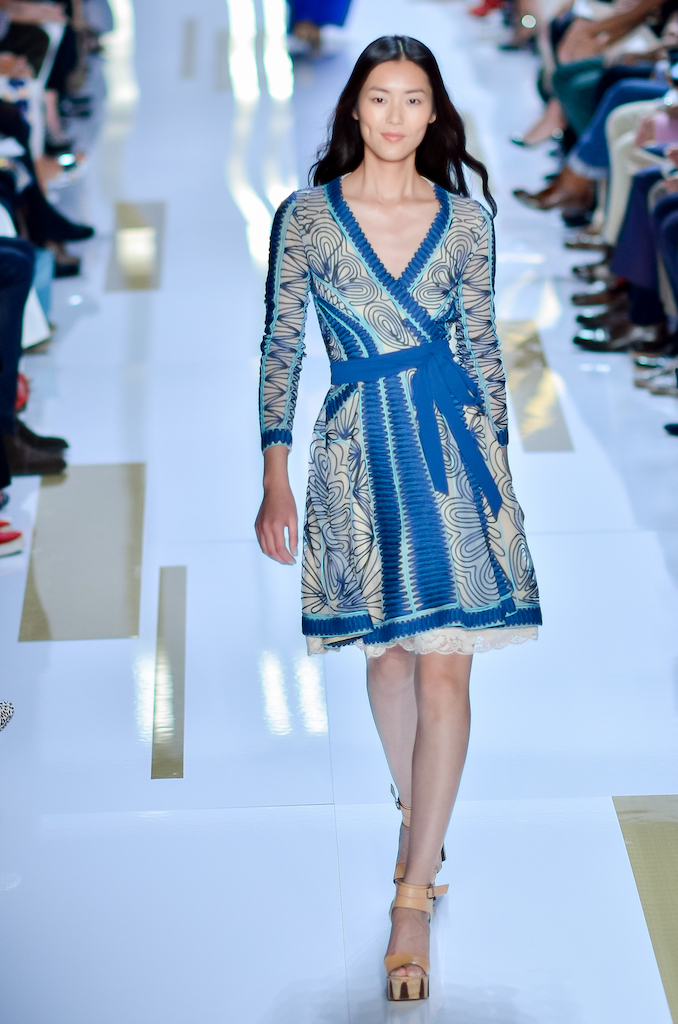 Get your own: The DVF New Jeanne Two Silk Jersey Wrap Dress by Diane Von Furstenberg

Over 40 years ago, Diane Von Furstenberg created the wrap dress for the stylish, working women—giving them the option be fashionable and focused, passionate and poised. "It was so effortless, and it allowed women to go to work and still feel like women…," Furstenberg says. By creating this dress, Furstenberg allowed women to be powerful and fierce in the workplace.

Get your own: Beige Classic Trench Coat by Mackintosh

This revolutionary rain-proof jacket is named after its inventor, Charles Macintosh, who applied the inventions of James Syme's water-proofing methods to a long trenchcoat.

Since its invention in the early 19th-century, the weather-proofing methods have changed, while the fashionable and durable quality of the material has proved to be as timeless as ever.

Get your own: Tahari ASL 2pc Pant Suit by Tahari

Hillary Clinton has had more than just an impact on 21st-century politics—she's had an equal, if not greater, influence on the world of fashion.

Since her days as the First Lady, Clinton has rocked a pantsuit for nearly every occasion, inspiring countless rhetoric about her choice of dress. In fact, numerous opinion pieces have been written about the President of Pantsuits, calling the jokes sexist and old-fashioned. 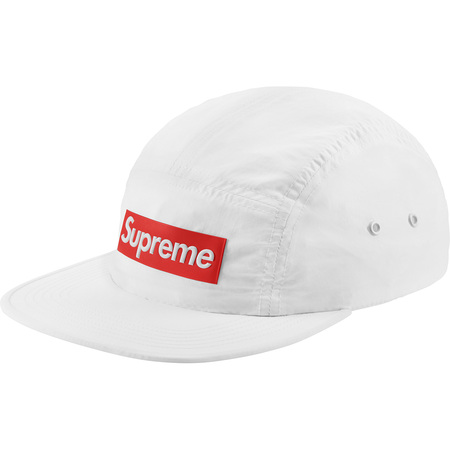 Get your own: Raised Logo Patch Camp Cap by Supreme

If you've ever walked down a busy street in any city, I'm sure you've noticed a few of these logos printed across t-shirts, caps, or skateboards, though you may not have known what it meant.

Since 1994, the brand has been making gear for the misfits. And now, these misfits have turned into millions of people from nearly every corner of the globe, appreciating the effortless, cool design of the Supreme brand. 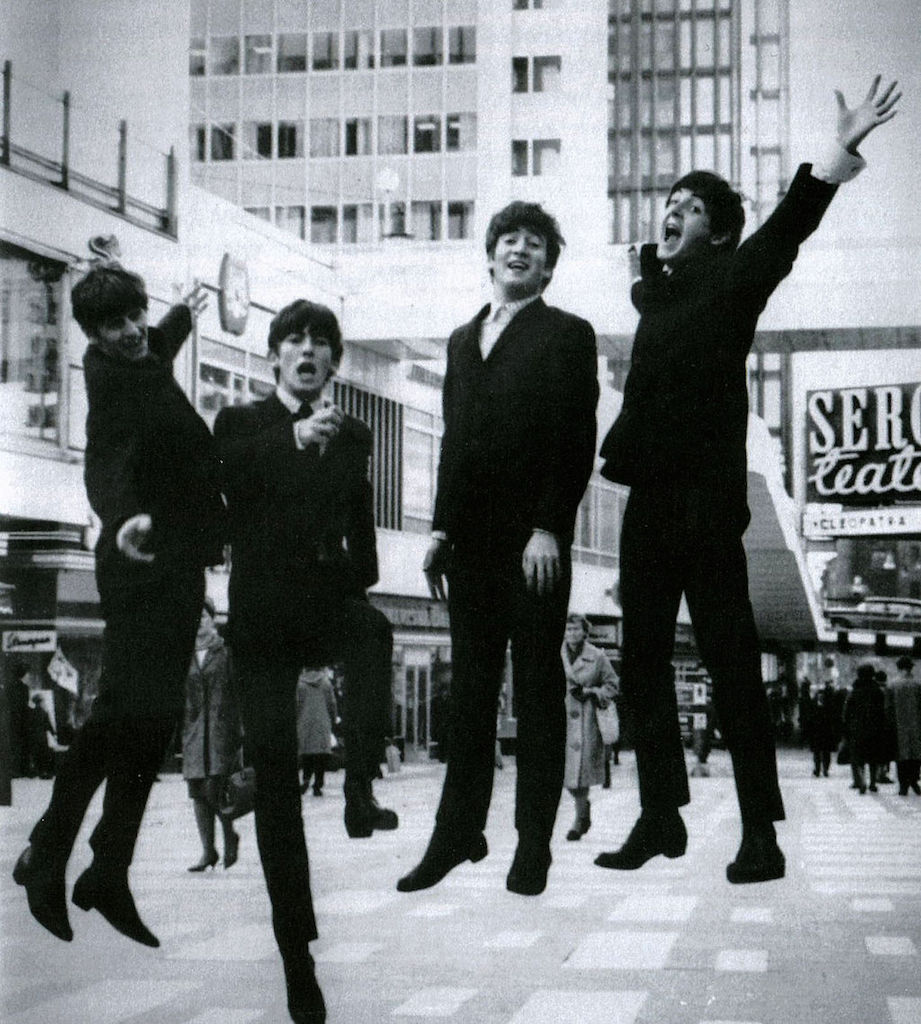 Get your own: 'Camroon 4' Chelsea Boot by Ted Baker London

J.Sparkes-Hall was the first to create the Chelsea boot we are familiar with today. The bootmaker made them for Queen Victoria, whom he said wore them every day, attesting to their versatility and chic qualities fit for a queen.

In the 1960s, the boots received a pop culture revival when the Beatles were photographed wearing the boots. Now, you can't turn a corner without seeing them. And for more ways to elevate your style game, check out The 20 Definitive Style Rules for Men Over 40.

Ashley Moor
Ashley hails from Dayton, Ohio, and has more than six years of experience in print and digital media. Read more
Filed Under
Apparel • Clothing Accessories
Read This Next
Latest News
Read This Next