The Wisconsin Department of Health Services issued a warning about this traditional holiday dish.

While most people associate the Christmas season with ham, Santa, and those classic M&M commercials, one state in America does things a little differently. And for that reason, residents of Wisconsin are being urged by health officials to pass on a local festive favorite—the raw meat "cannibal sandwich." For those who live outside the Badger State and are unfamiliar with this delicacy, it consists of raw ground beef on rye bread, with sliced onions, salt, and pepper. But it also poses a serious health risk. The Wisconsin Department of Health Services (DHS) took to Twitter recently to remind people that this classic—which dates back to the 19th century—shouldn't be on your Christmas table. Read on for more info on the cannibal sandwich warning, and for more on the latest in food safety, check out If You Have This Bread at Home, Get Rid of It Now.

Also known as tiger meat, according to Milwaukee Magazine, the cannibal sandwich tradition is believed to date back to the 19th century when it was imported by German and Polish immigrants (it's a close cousin of steak tartare, which is still popular in mainland Europe and especially France).

But over the weekend, the Wisconsin DHS reminded residents that "eating raw meat is NEVER recommended because of the bacteria it can contain. Ground beef should always be cooked to 160 degrees!" The health department expanded on the point in a Facebook post: "Many Wisconsin families consider them to be a holiday tradition, but eating them poses a threat for Salmonella, E. coli O157:H7, Campylobacter, and Listeria bacteria that can make you sick. (And, no, it doesn't matter where you buy your beef!)."

The issue of infection from raw meat has recurred during the holiday season with some regularity. In 2018, the U.S. Department of Agriculture posted in unvarnished terms about their view on the cannibal sandwich custom: "You may be surprised to find that it tastes better when cooked! Not to mention, you won't be risking a trip to the hospital with every mouthful." In 2013, federal officials also warned about the cannibal sandwich following an E. coli outbreak the previous year that resulted in 17 sick Wisconsinites and eight people being hospitalized. According to the Wisconsin DHS website, "Since 1986, eight outbreaks have been reported in Wisconsin linked to eating a raw ground beef dish."

If you're curious about other recent food safety scares and recalls, read on, and for another warning you need to know, check out If You Bought This Home Product From Amazon, Return It Now.

The seasonal holiday cookie platters from Publix were subject to an emergency recall after it was discovered that they contained undeclared pecans. The packaging failed to disclose the presence of the nuts, posing a serious risk to those suffering from allergies. Allergies triggered by nuts are considered to be on the more serious end of the allergy spectrum, potentially leading to life-threatening and even fatal reactions. And for another recall that should be on your radar, check out If You're Using This to Charge Your Phone, Stop Immediately.ae0fcc31ae342fd3a1346ebb1f342fcb 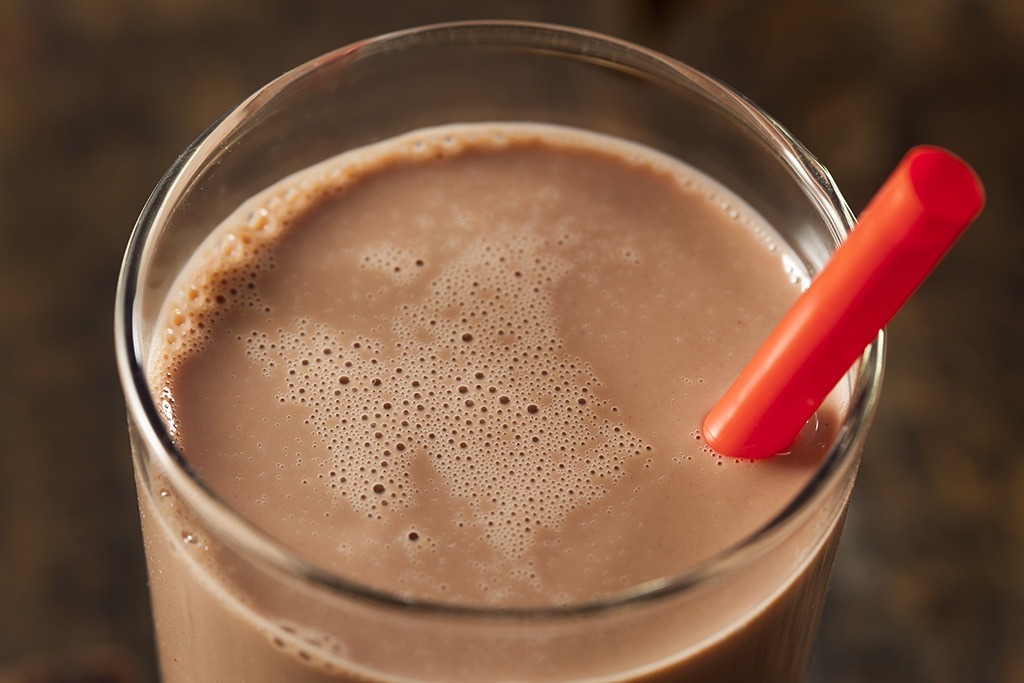 Another allergy-related incident was triggered by Prairie Farms Premium Flavored Chocolate Milk gallons and Prairie Farms 1% Lowfat Chocolate Milk gallons. What is normally a harmless sweet treat turned dangerous when a valve malfunction at the production plant in Illinois led to cross-contamination with egg nog, and therefore, there was undisclosed egg in the drink. This is a high risk situation as egg has the potential to trigger allergic reactions ranging from mild itching to swelling in the throat, difficulty breathing, asthmas attacks, and vomiting. In extreme cases, it can cause anaphylactic shock and a subsequent drop in blood pressure. And for another item that's supposed to be good for you that could be dangerous, check out If You Take These Popular Supplements, Stop Now.

There was a double whammy in store for purchasers of a certain frozen food product in November. Packages of Stuffed Foods LLC's Mac & Cheese Bites were actually found to contain their Buffalo-Style Chicken Poppers, and the wrongly included product also contained soy, a known allergen that wasn't listed on the label. The recall was reported by the Food Safety and Inspection Service (FSIS), which marked the recall as Class II, meaning that it's "a health hazard situation where there is a remote probability of adverse health consequences from the use of the product." And for more regular news on recalls and more, sign up for our daily newsletter.

Trader Joe's was caught up in a product recall in late October relating to its Gluten Free Battered Halibut, 356 cases of which were recalled. The alarm was raised after the fish dish was found to contain undeclared wheat and milk allergens. The fish had been sold in 19 states, with the risk that it could be consumed by customers who have a potentially life-threatening sensitivity to the contaminants. And for more risks you shouldn't take this holiday season, check out The Riskiest Way to Travel for the Holidays Will Surprise You, Experts Say.