The divisive decade gave us countless memorable slang words you could never forget.

Ah, the '60s. It was a decade that gave us JFK, the Beatles, and hippies. It also gave us some of the best slang of the 20th century. Can you dig it? If your knowledge of slang words from the 1960s is limited to what you remember from Austin Powers movies, it's time to give yourself a refresher course in the grooviest, most outta sight slang from that bygone era of bell bottoms and mop-tops. And for the words that become popular in the following decade, check out The Best Slang Terms from the 1970s That Aren't Cool Today.

When Jimi Hendrix declared in the song "If 6 Was 9" that he was "gonna wave my freak flag high," he created a whole new way of announcing that you're the weirdest one in the room.

Example: "Oh, it's going to get wild tonight. I'm going to let my freak flag fly."

If you've opted to spend your day taking it easy and relaxing, then you are officially hanging loose.

Example: "I was going to go to the office today, but I think I'll just hang loose instead."

And for the incredible backstories on words you use everyday, check out The Amazing Origins of Everyday Slang Terms You Use Constantly.

Why policemen were called the fuzz during the 60s is anybody's guess. Could it be the military style crew cuts that cops preferred during that decade? Possibly, but we may never know.

Example: "You better put that away unless you want to get busted by the fuzz."

In 1960s slang, if something is far out or "out of sight," it's meant as a compliment. You approve of it. But only in the figurative sense. It's not literally outside your field of vision or defying gravity.

Example: "Have you listened to the new Beatles record? It is far out, baby!"

And for the words you need to ditch from your lexicon as you age, These Are All of the Slang Terms You're Too Old to Use After 40.

When things aren't going your way and you're a little sad about it, that's a bummer. It comes from the phrase "bum rap," which means to be treated unfairly. A bummer is never deserved.

Example: "She cancelled our date again. What a bummer."

Applicable to either a man or woman, in '60s slang "foxy" denotes an undeniable sex appeal. Why are foxes sexier than, say, coyotes or wolves? Why not "Hey baby, you're looking wolfy?"

Example: "You are one foxy lady. Can I have your number?"

And to test your knowledge of local lingo, Can You Guess the Most Popular Slang Term in Your State?

Don't get any crazy ideas. If someone asks you to give them some skin, they're merely asking you to shake hands.

Example: "Good to see you again! Gimme some skin!"

We're not talking about luggage. In the '60s, your bag symbolized your problems, the mysterious annoyance that's making you so obviously upset.

And for content on slang, COVID-19, entertainment news, and more delivered to your inbox, sign up for our daily newsletter.

Your rear end, or posterior. This piece of '60s slang originated from the TV show Laugh-In, back when television was still the most influential media in the world.

Don't worry, nobody's asking you to grab a shovel and dig a hole. Digging something means you understand what's being said.

Example: "I get the last piece of pizza. Can you dig it?"

It may sound like a pet name for your grandma, but old lady is actually a term of endearment for your girlfriend or wife.

Example: "Nah, can't hit the clubs tonight. My old lady is waiting for me at home."

It may sound like an invitation to be used as a human mattress, but the "it" being laid on you is actually more conversational than physical. "Lay it on me" is a hippie slang way of saying, "Tell me what's on your mind."

Example: "Do I want to hear your thoughts about the Cold War? Lay it on me!" 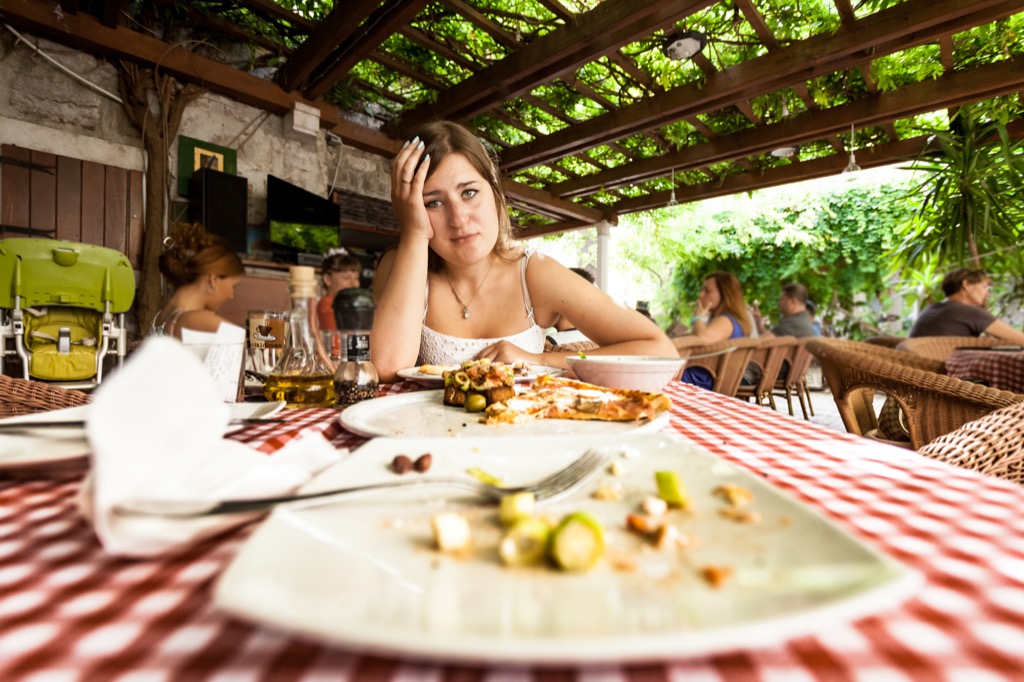 If you've been hogging all the good stuff and not giving anybody else a turn, you're bogarting it. This piece of '60s slang was inspired by actor Humphrey Bogart's tendency to let a cigarette dangle in his mouth for way longer than was necessary.

Example: "Don't bogart all the popcorn, let the rest of us get a chance."

The Rolling Stones probably weren't talking about 19th century nitrous oxide parties—the slang's origin—when they sang about "a gas gas gas" in their hit song "Jumpin' Jack Flash." During the 60s, a gas was any activity likely to inspire laughter.

Example: "You gotta make it to my party tonight. It's gonna be a gas."

This is the Animal House-era reference to the act of putting Kleenexes in one's bra.

Example: "You won't catch me ever wearing foam domes!"

Yes, it's a shorthand for marijuana. '60

Example: "You want to smoke some grass before the show?"

And for more about cannabis in today's culture, This Is the Most Stoned State in America.

It has nothing to do with somebody's weight. This kind of heavy is all about emotional weight. The Beatles "She's So Heavy" was meant as a compliment, not as a suggestion to start dieting.

For some reason, this was a slang term for people being intimate in a parked car. Who knew?

Example: "The cops nearly busted all of the submarine races at Lookout Point last night."

Money. Cash. Dinero.  The green stuff. You gotta have some on you at all times.

When you're done and ready to get out of there, it's time to split. Not in a literal sense, of course. Your body isn't being ripped in half. We hope not, anyway.

Example: "Wish I could stick around, fellas, but I gotta split."