Blade Runner 2049. Kingsman: The Golden Circle. Jumanji: Welcome to the Jungle. Yes, it's shaping up to be a killer fall for fans of great action films. But these rock-em-sock-em movies aren't just inspiration for hitting the gym—they'll inspire you to update your wardrobe, as well.

If you—like us—felt like Googling these items the minute you saw the movie trailers, read on, because we've got you covered. And for more great autumn fashion advice, check out the these Men's Must-Have Fall Wardrobe Classics. 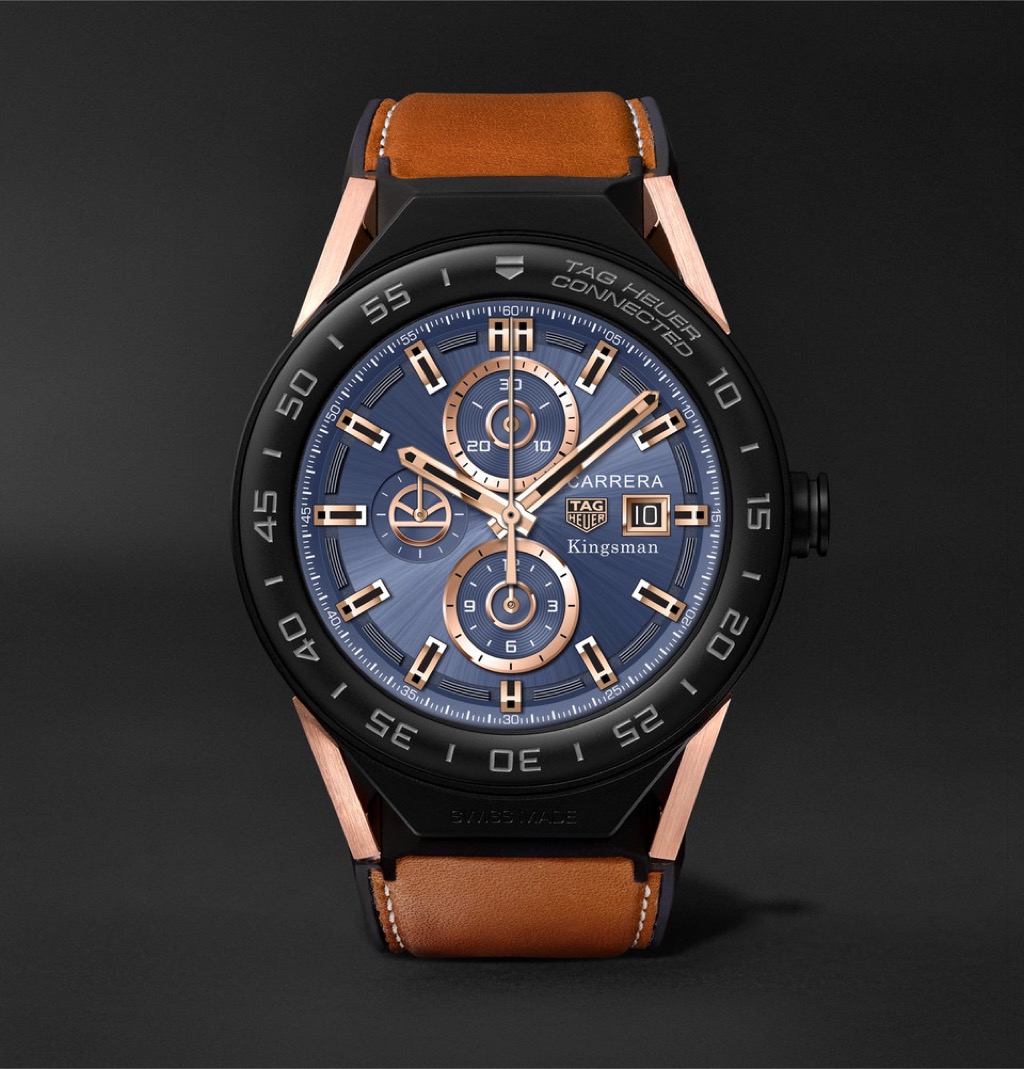 For the second time in a row, the producers behind the Kingsman films have teamed up with Mr. Porter to present a straight-from-the-film fashion line. The standout: This hi-tech watch (it's equipped with a GPS and an accelerometer) from TAG Heuer. 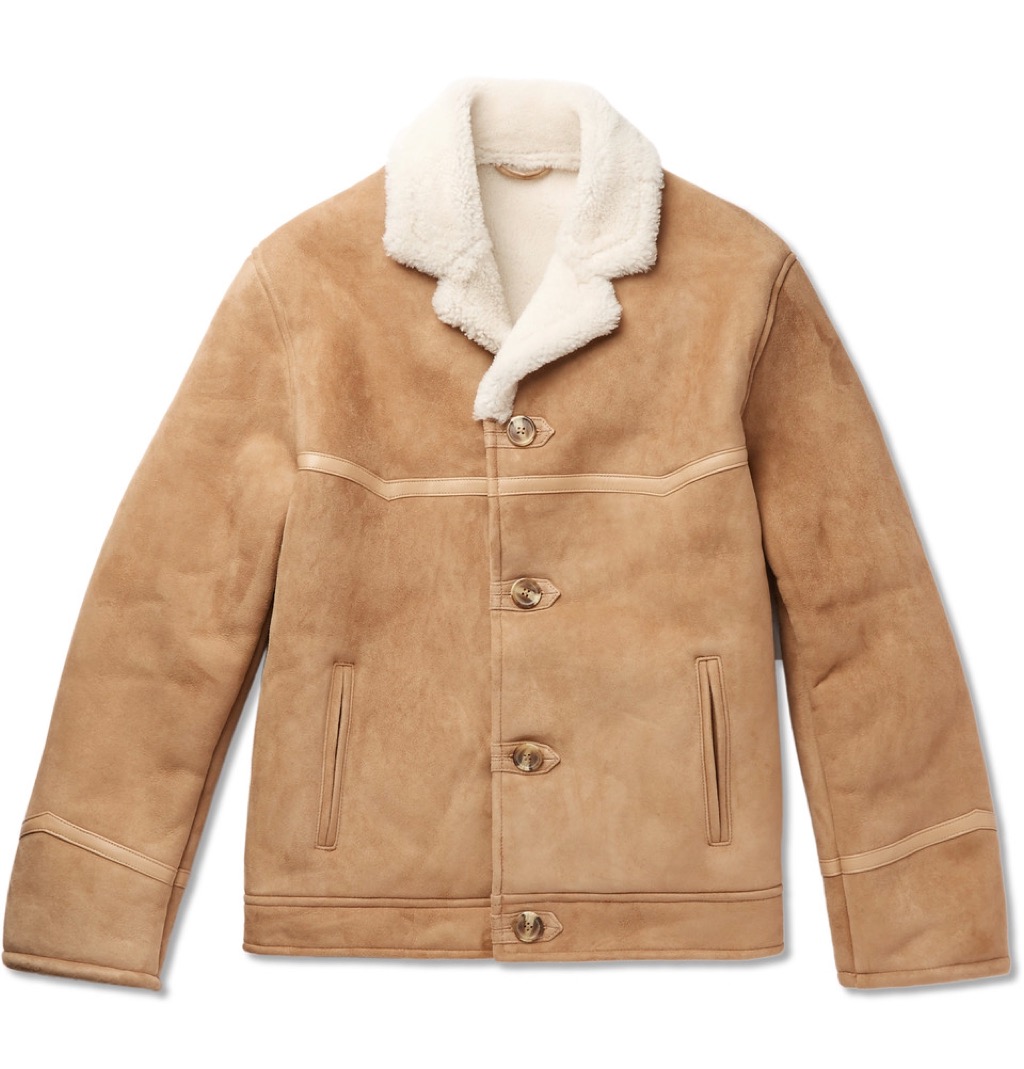 This luxe-Americana shearling coat—as seen on Channing Tatum's character, Tequila, in Kingsman: The Golden Circle—is what you'd get if the Marlboro Man walked a runway in Milan. 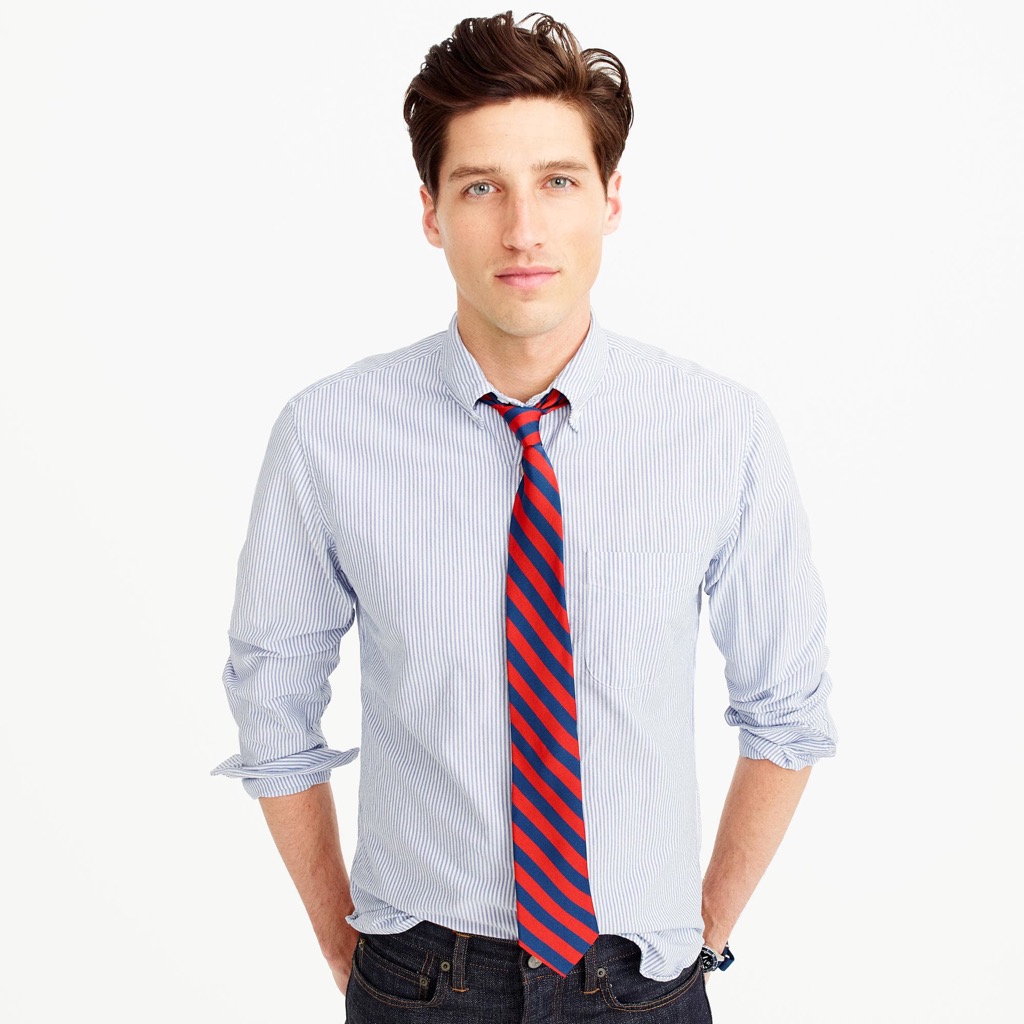 Inspired by: Call Me By Your Name

In the Oscar-buzzed Call Me By Your Name, Armie Hammer—when he's not shirtless by the beach—sports casual striped Oxford collar button-downs. Wear them like Hammer, unbuttoned to the naval, or roll up your sleeves and slap on a classy, striped tie. 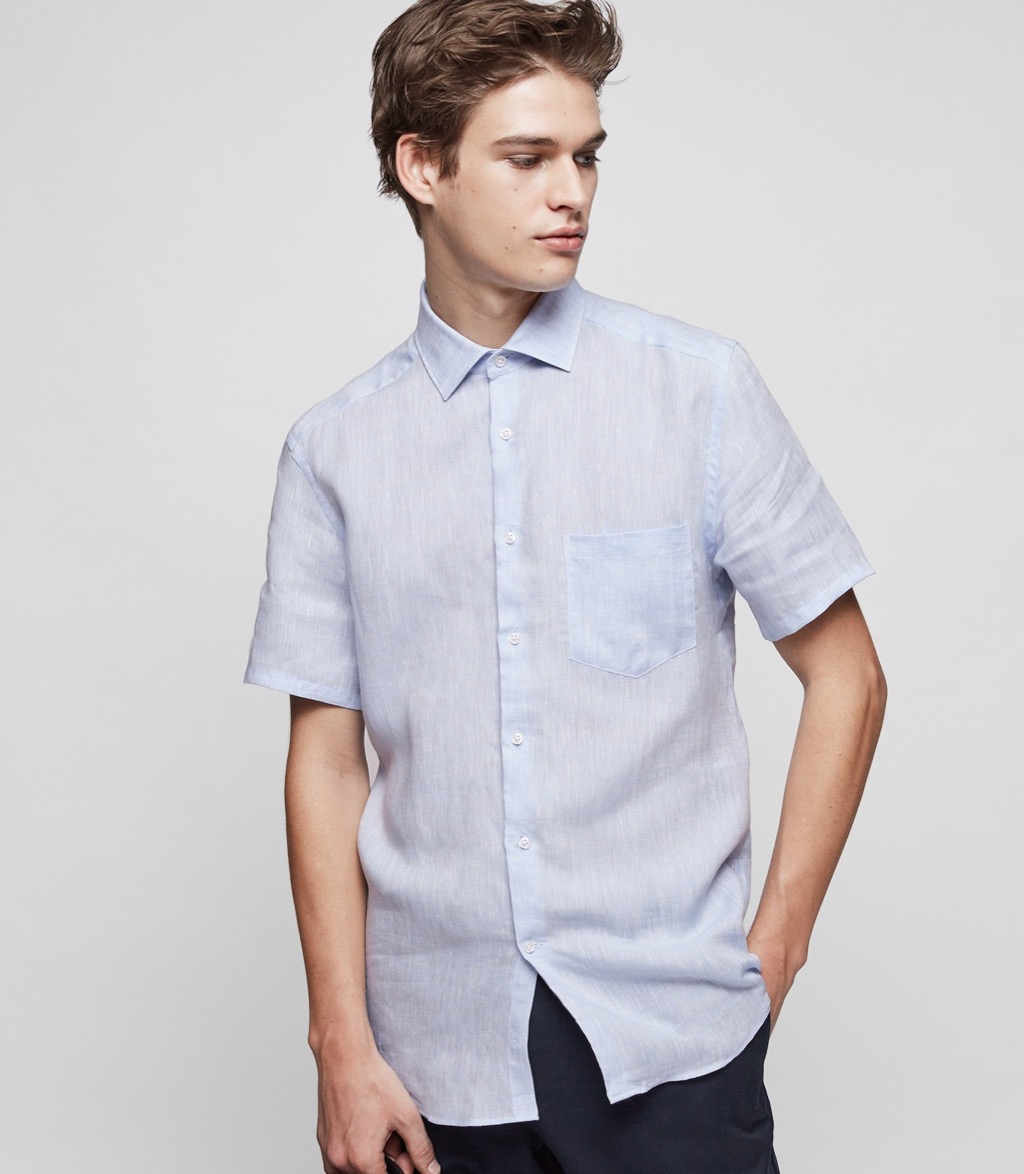 Inspired by: American Made 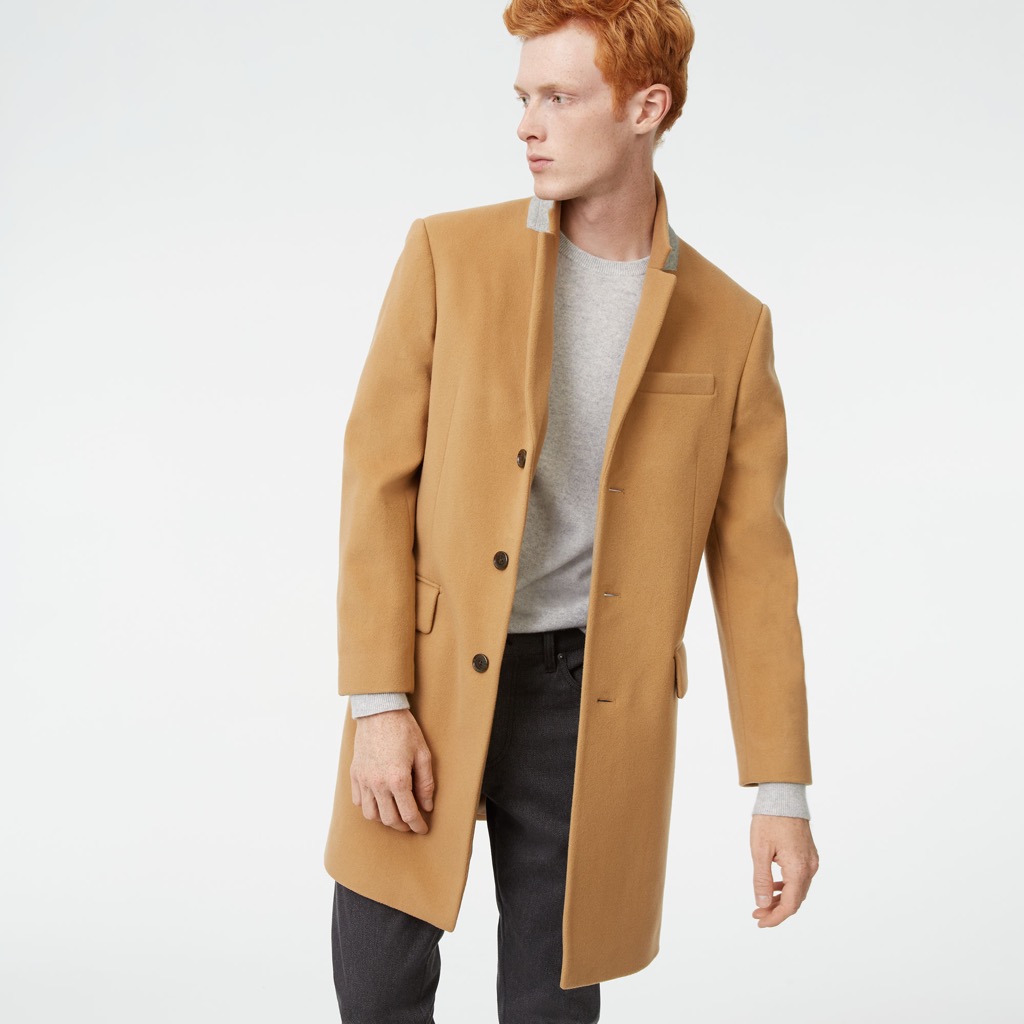 Inspired by: The Mountain Between Us

Plane crash movies are a dime a dozen, but The Mountain Between Us has one thing going for it: Idris Elba, who brings his preternatural poise and inimitable, inherent stylishness to the film. When the plane goes down, Elba's character, Ben Bass, can be seen wearing a hyper-suave single-breasted camel topcoat. We're not saying the jacket saved Bass's life—but we're not not saying that, either. 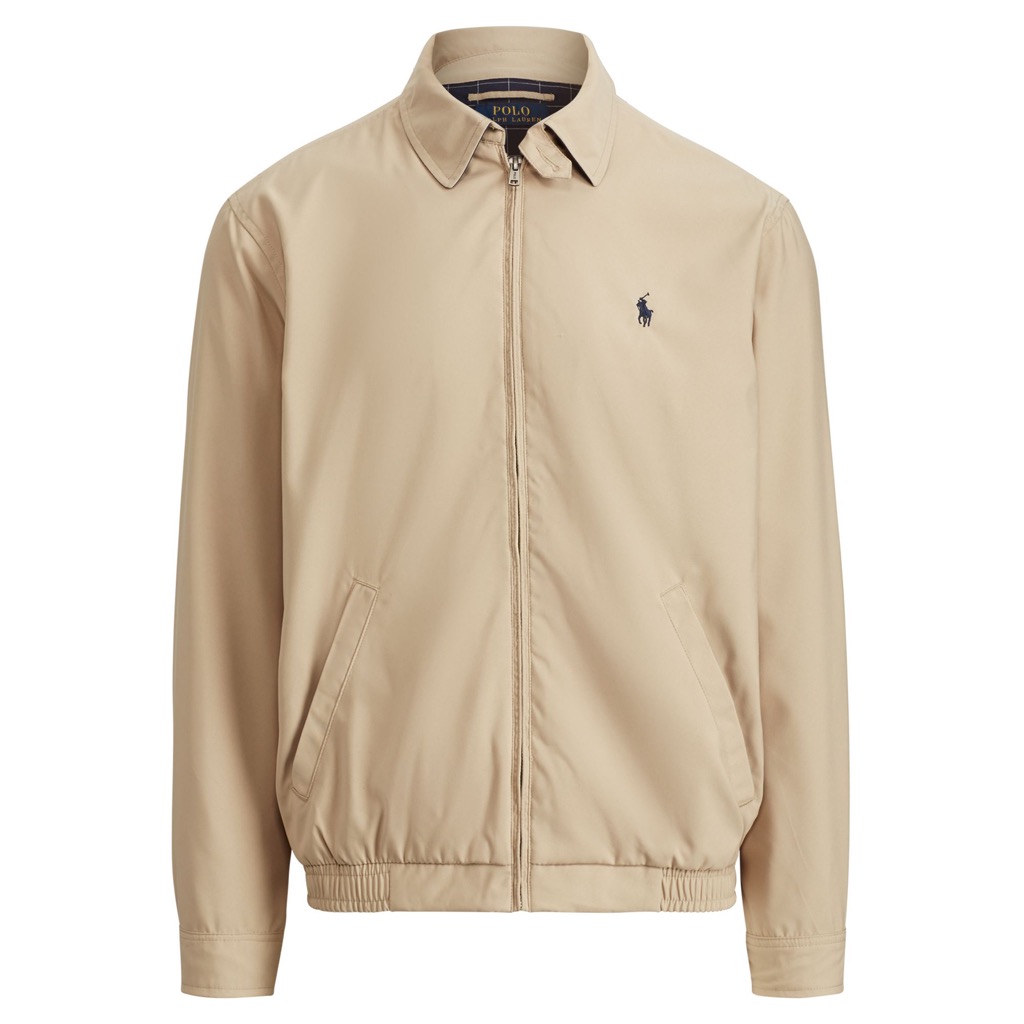 Inspired by: The Foreigner

Jackie Chan punches and stunts his way through The Foreigner wearing a nondescript dark tan windbreaker for the bulk of the film. No, a similar coat won't imbue you with martial arts abilities—but it will serve as a perfect transition piece going into colder weather. 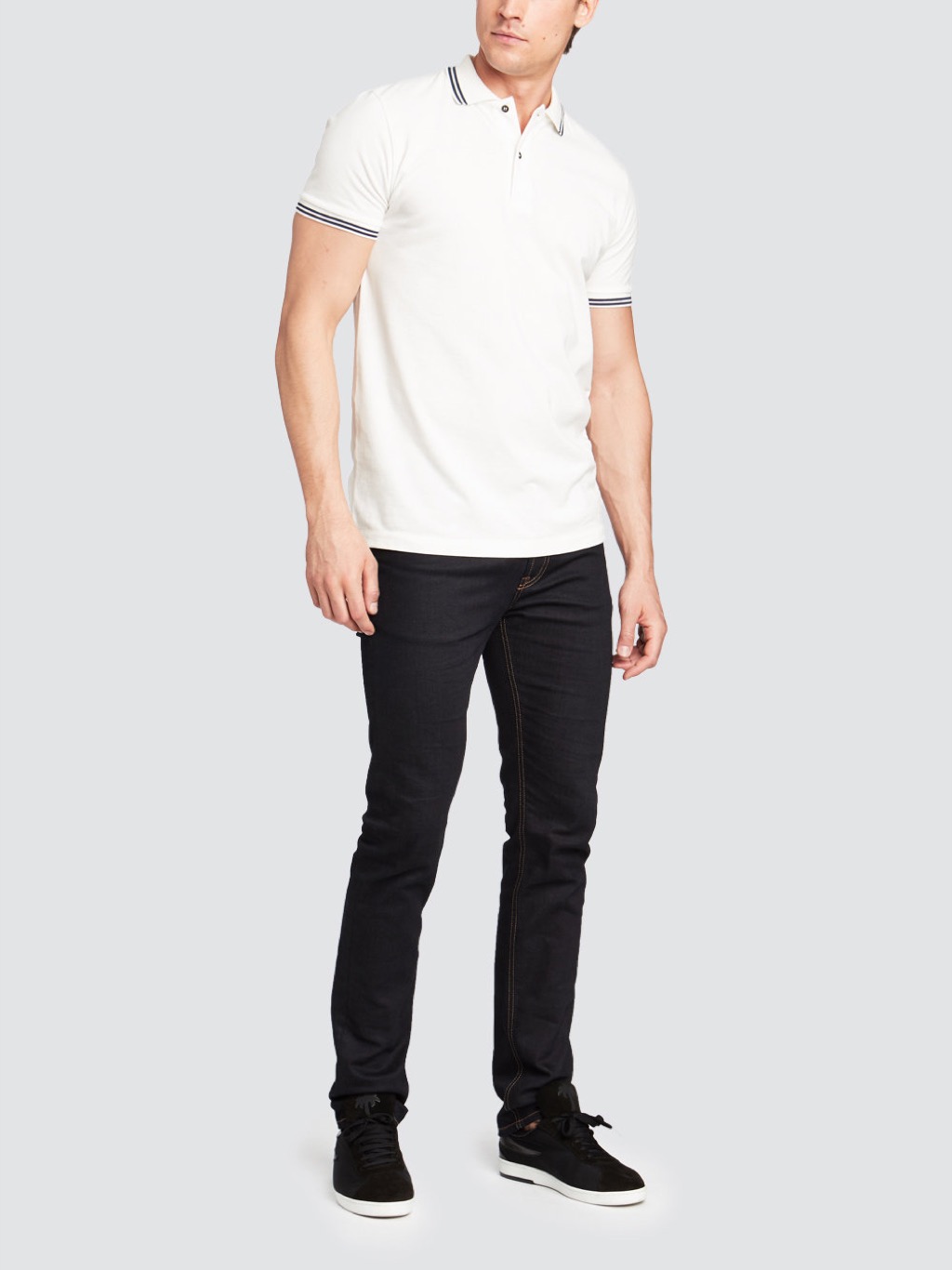 Inspired by: Battle of the Sexes

Put a twist on the tennis shirts Steve Carell wears in Battle of the Sexes by springing for a polo with '70s-inspired details. But keep things modern by picking a shirt with a bicep-hugging, slimmed down fit—and by leaving the chauvinism to the film. 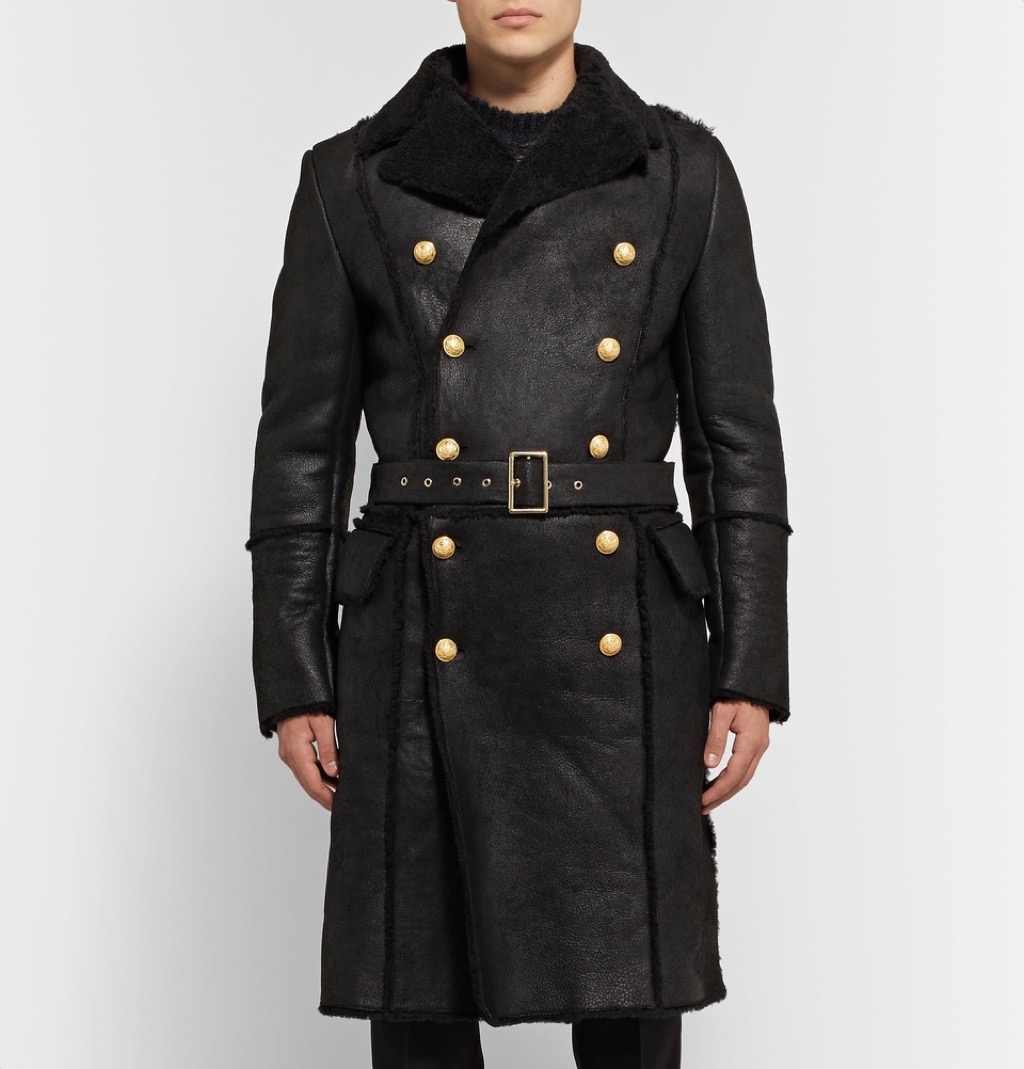 Futuristic neo-noir car coats riddle the world of Blade Runner 2049. Pick up a black, fur-lined one, like the elegant number worn by Ryan Gosling's character, K. (For more on Blade Runner 2049, see why This Video of Harrison Ford and Ryan Gosling Cracking Up Is the Best Thing You'll See All Day.) 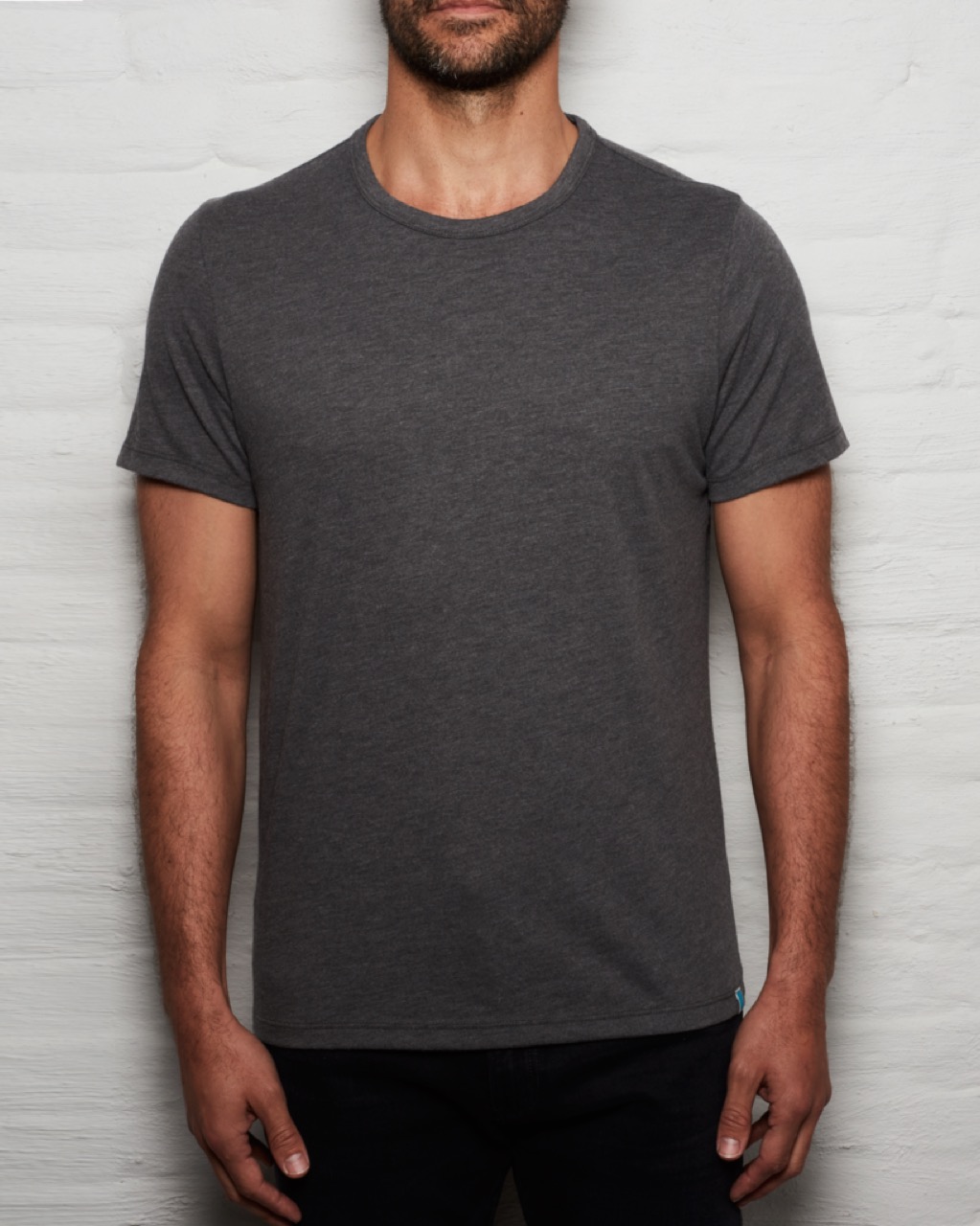 In contrast to Gosling's extravagant get-up, Harrison Ford appears in Blade Runner 2049 with a far more reserved look: jeans and a simple grey t-shirt. Copy Ford himself. When he's not on-set, the actor wears tees from rising-star designer Jason Scott.ae0fcc31ae342fd3a1346ebb1f342fcb

Bring Matt Damon's 1950s nuclear family style from Suburbicon into the 21st century with a pair of tortoiseshell half-rimmed eyeglasses. Just do your best to not get punched in the face, unlike Damon's character, Gardner. 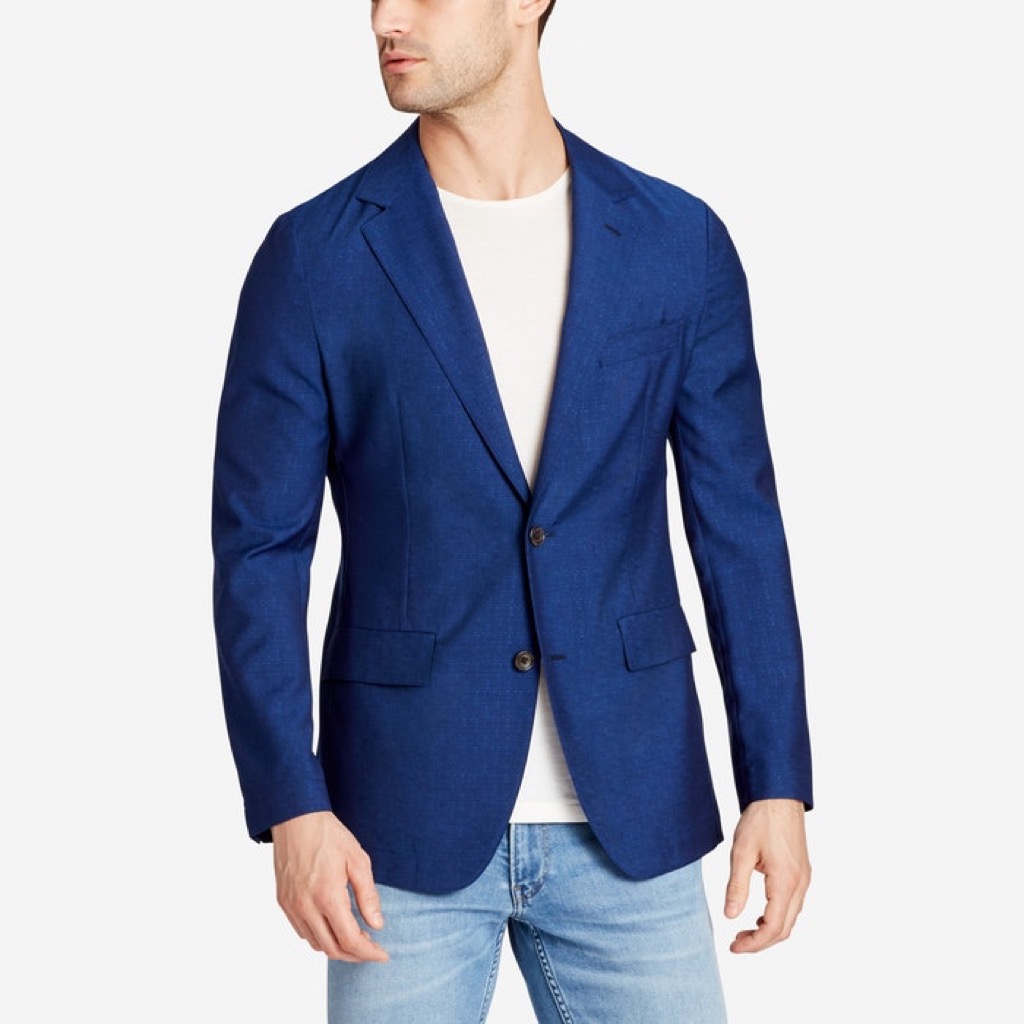 Yes, Thor: Ragnarok, despite its goofy, comic book costumes, contains a nugget of style. When Mark Ruffalo takes a turn as Bruce Banner—as opposed to the mountainous Hulk—he sports a blue blazer over a white tee shirt.

12
Canopy Stripe, by The Tie Bar 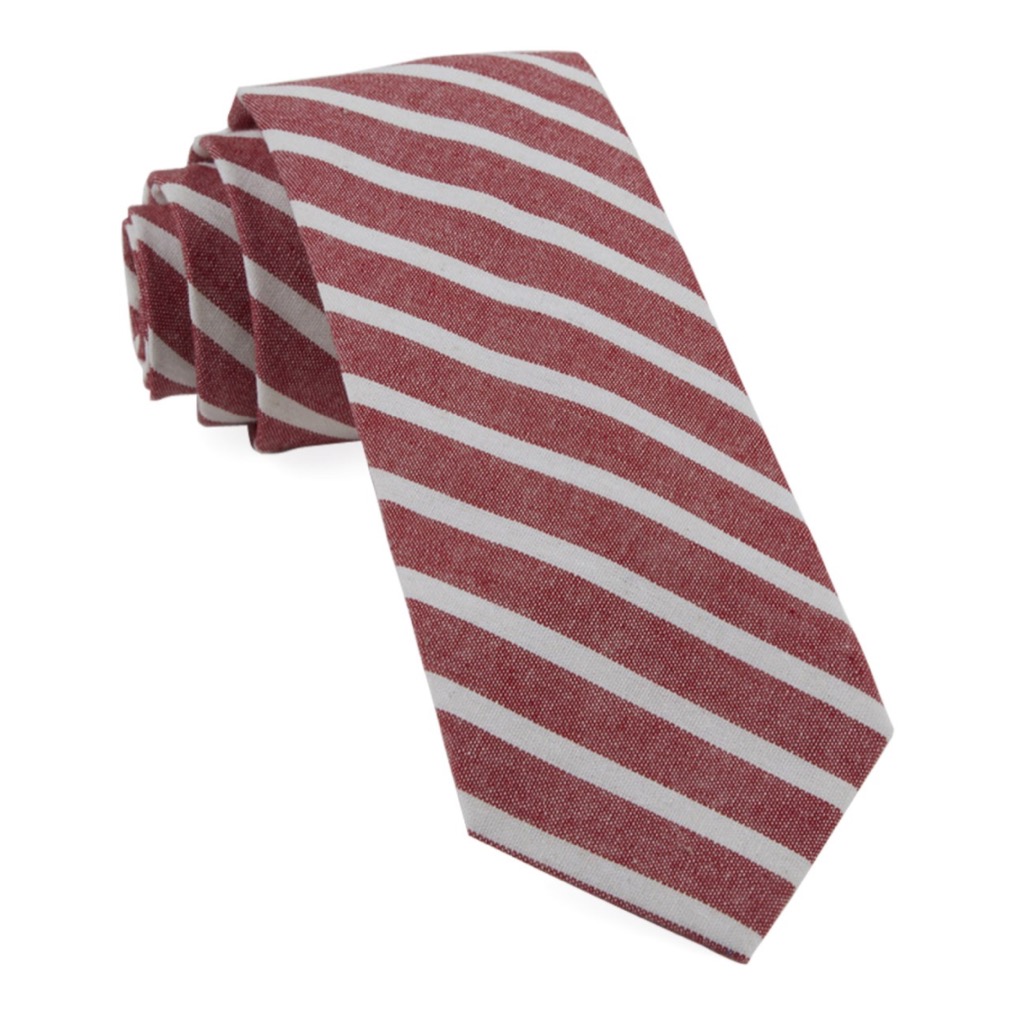 Call it Mad Men style, call it Jame Bond's legacy, no matter how you cut it, '60s suiting—with slimmer everything, from lapels to ties to fit—is back. Follow the trend by slapping on a slim, striped ties, like the many Woody Harrelson wears as the titular character in LBJ. 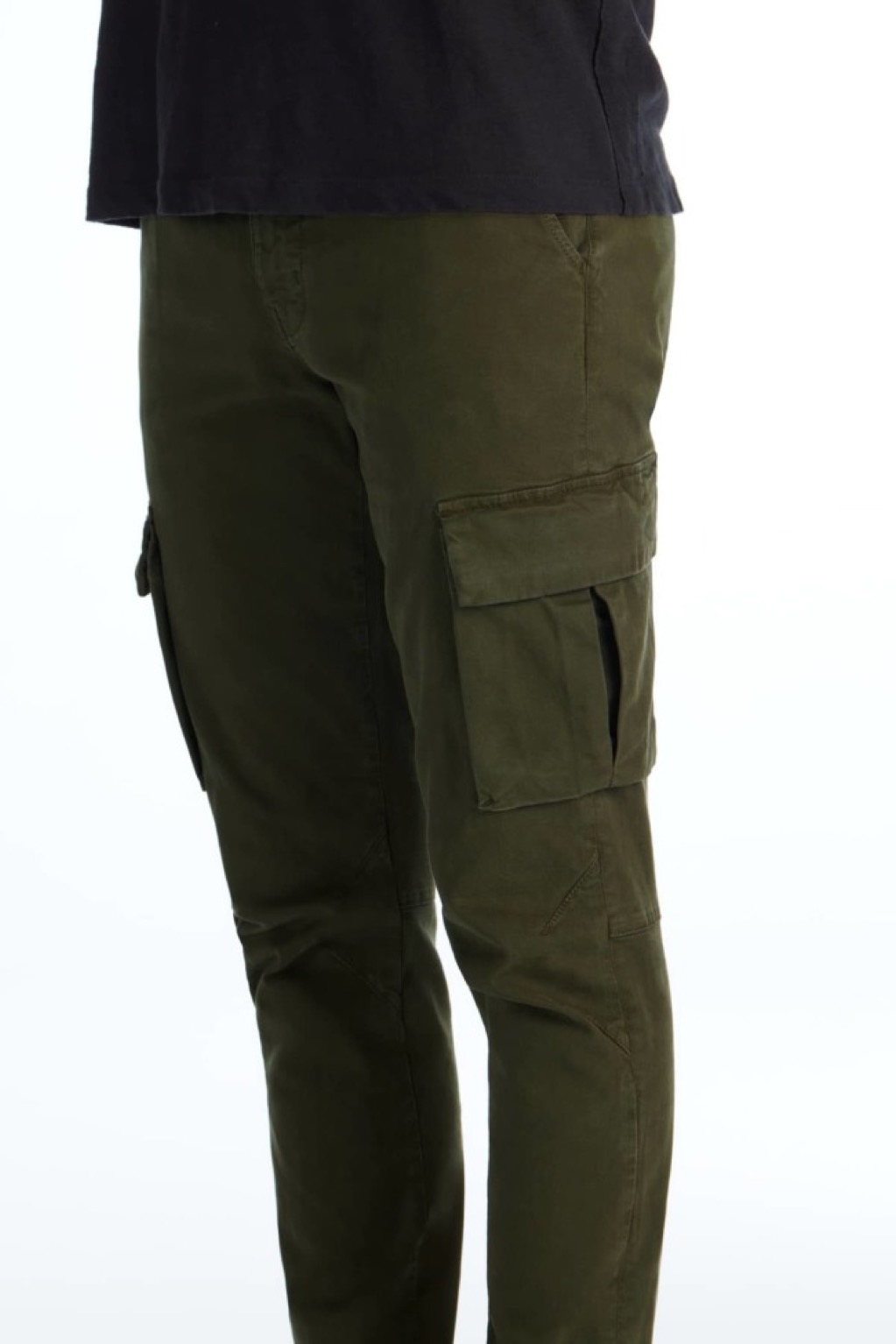 Inspired by: Jumanji: Welcome to the Jungle

No one asked for a Jumanji follow-up, just like no one asked for cargo pants to make a comeback. But when Dwayne Johnson applies his magic touch, everything seems to work out just fine. Johnson's character sports olive cargo pants throughout Jumanji: Welcome to the Jungle—and looks fantastic the whole way through. Just make sure to spring for a slim, tailored fit, or else you risk looking like the reason cargo pants went out of style in the first place. 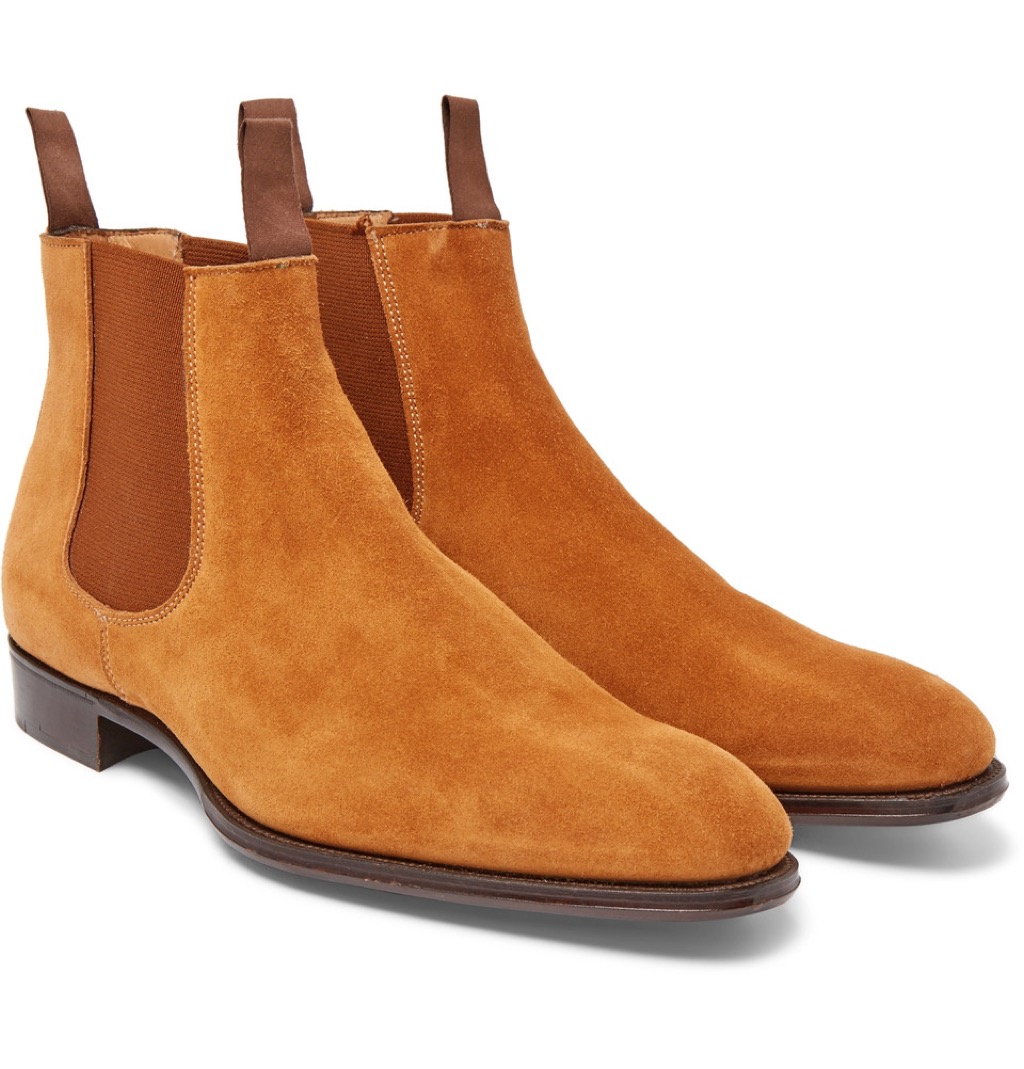 Yes, yes, we know: Another piece from Kingsman!? But here's the thing: The second Mr. Porter x Kingsman collection is solid gold. Between the high-tech timepiece, the ultra-luxe shearling, the Saville Row tailoring, the 18-karat gold fountain pen, and these suave and savvy Chelsea boots (just…look at them, and bask), one thing's for sure: Kingsman: The Golden Circle truly may be the most stylish film of all time—ever.