15 On-Screen Couples Who Hate Each Other in Real Life

These actors reportedly couldn't wait for the director to yell, "Cut!"

Everyone loves a good love story—except perhaps the actors who find themselves cozying up to co-stars they absolutely despise. Some feuding actors' lack of chemistry is plainly evident and distracting (Dakota Johnson and Jamie Dornan, Nick Nolte and Julia Roberts) while others (Patrick Swayze and Jennifer Grey) somehow managed to channel all those negative emotions into truly steamy scenes. That's why they call it acting.

Here's a look at 15 on-screen couples who simply couldn't wait for the director to yell, "Cut!' And if you find that these bad connections bum you out, don't worry: We've also compiled the 20 On-Screen Couples Who Dated Off-Screen.

And we thought their total lack of chemistry was because they were both embarrassed to be starring in the cheesy Fifty Shades of Grey franchise. According to insiders on the set, it turns out these two don't like each other at all. Those steamy love scenes were not at all hot for Johnson who said, "It's mechanical … More of a task." Ouch. And for more on real celebrity affairs of the heart, check out the 20 Celebrity Couples With Huge Age Gaps. 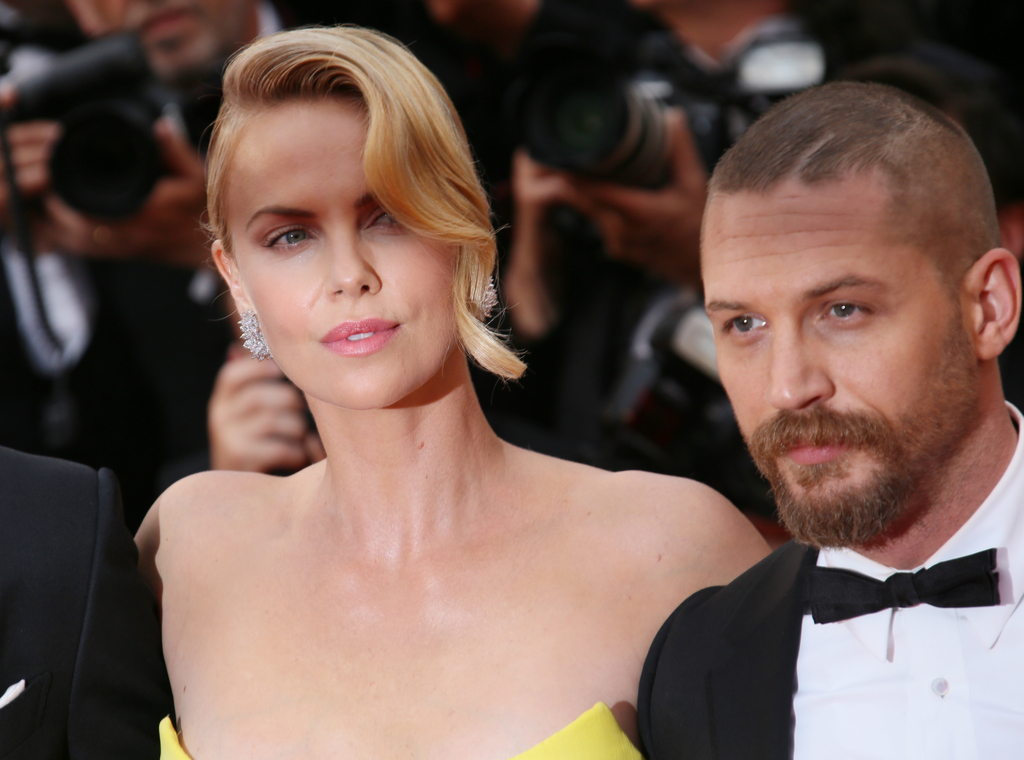 It's a good thing these two didn't play lovers in the futuristic film because they had a very antagonistic relationship at the start of filming and reportedly didn't trust each other at all. While that may have added to their characters' believability on-screen, it didn't make for a very pleasant atmosphere on the set. By the time the film wrapped, the actors had forged a tentative friendship. Theron told the Wall Street Journal, "Maybe the movie is what it is because we struggled so much with each other. If we were chum chum, the movie would have been ten times worse." And for more fascinating celeb facts, here are the 20 Celebrities Way Older Than You Thought. 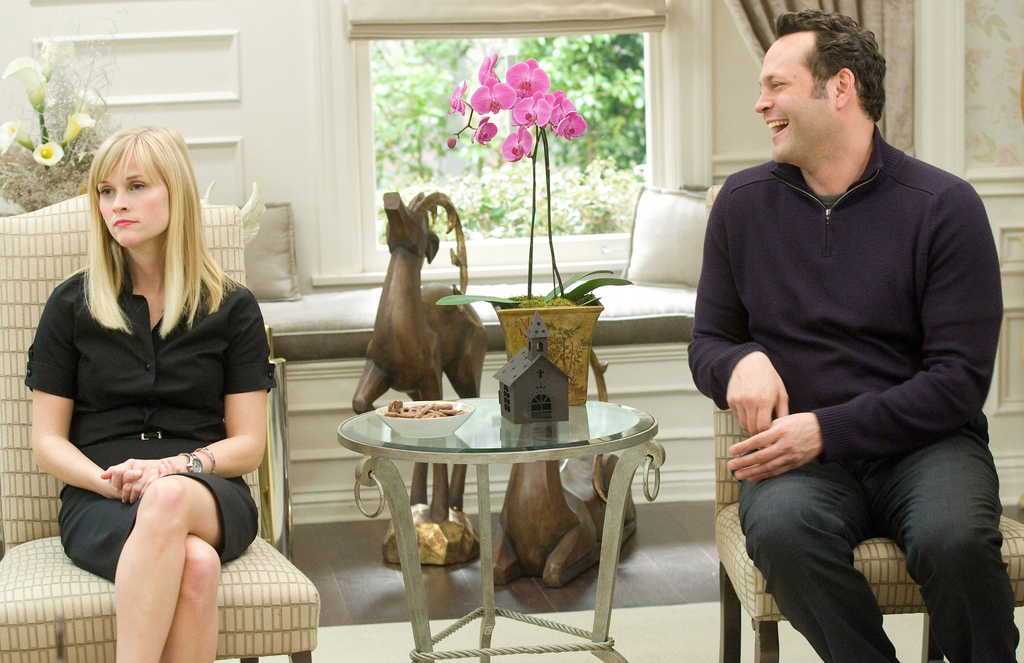 This was a case of extreme opposites that collided on-camera during the making of the 2017 holiday film. Witherspoon, a stickler on the set for preparation and lots of rehearsals, and Vaughn, a party-loving actor who preferred improvisation, reportedly found each other completely frustrating to deal with.

Vaughn thought Witherspoon was an irritating perfectionist and she had a hard time dealing with his casual attitude towards doing multiple takes. Vaughn refused to do any publicity for the film, which tanked at the box office. Definitely not a match made in Hollywood heaven. And for some feel-good celeb coverage, here are the 20 Celebrities Who Look Like Their Pets. 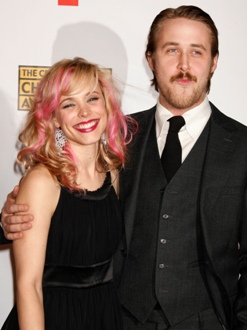 This one surprised us because we remember when they were very much a couple for three years after the movie. Director Nick Cassavetes spilled the beans to VH-1 when he revealed that Gosling came to him and asked that he find another actress to read with him to get ready for one of the film's biggest scenes. 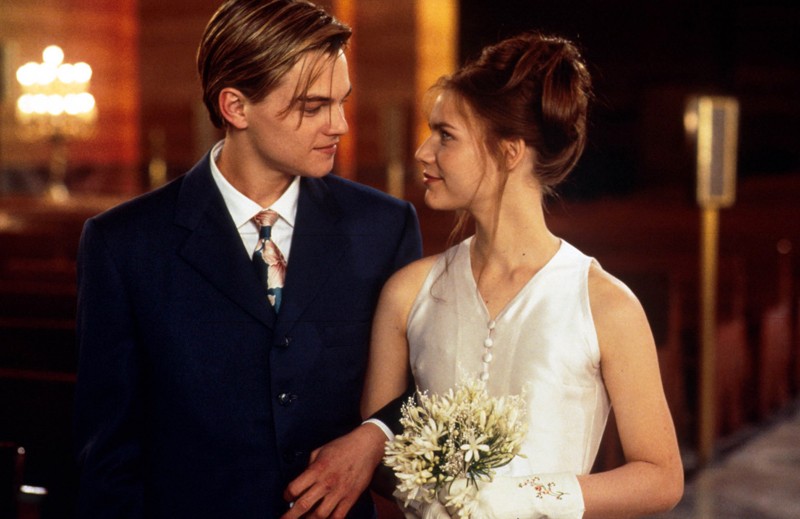 There is apparently one woman in Hollywood who is immune to Leo's charms. Danes was all of sixteen years-old when she filmed the Baz Luhrmann highly-stylized rock opera with twenty-two year old DiCaprio, but found him very immature due in no small part to the actor's penchant for playing practical jokes on the cast and crew. These star-crossed lovers were not exactly heartbroken at when the film wrapped. And for more Hollywood fun facts, here are the 30 Celebs Who Served in the Military. 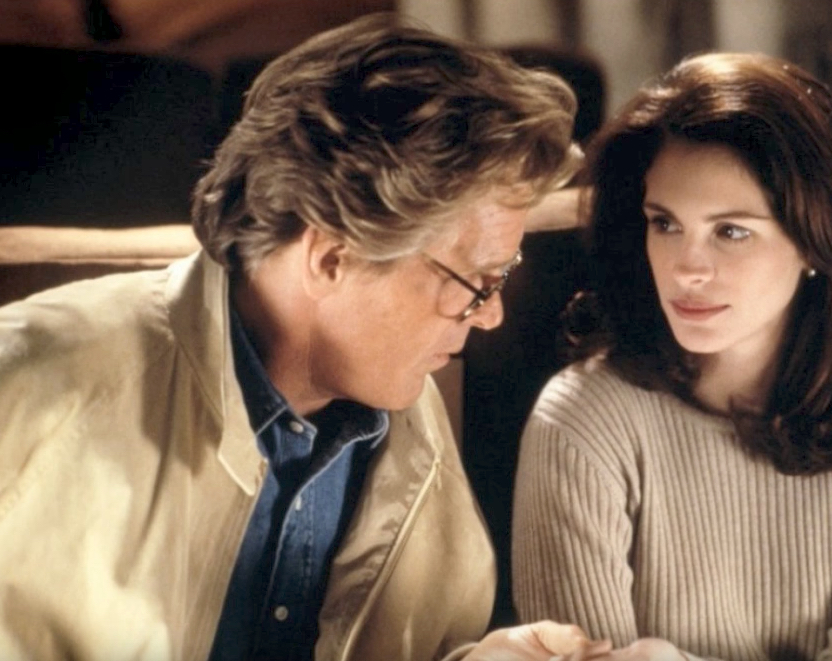 These two truly despised each other which explains their complete lack of chemistry in the 1994 rom-com. Roberts thought her co-star was "completely disgusting" and when asked for his take on everyone's favorite pretty woman, Nolte said," She's not a nice person—everyone knows that." If their scenes together seemed disjointed in the film, it's because things got so bad, the actors shot their parts separately and were brought together in the editing room. And for more great celebrity news, here are the 10 Over-65 Leading Ladies Who Look Amazing. 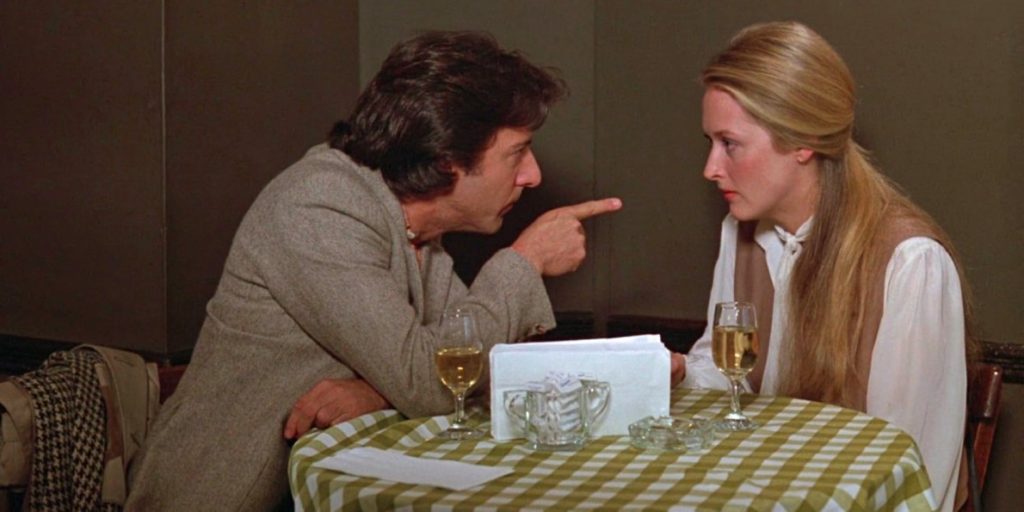 The iconic 1979 film about a couple in the midst of a contentious divorce made Streep a star and earned the actress her first Oscar. But it was absolutely awful for her to make.

Hoffman, at the peak of his fame, took it on himself to school Streep in how to act. The actress was in the throes of getting over the death of her lover, actor John Cazale, during the making of the film and Hoffman reportedly taunted her about him to help her "get into character." He also "helped her" by once unexpectedly slapping her across the face right before the cameras rolled. In another critical scene, Hoffman unexpectedly threw a glass across the room while seated at a table with Streep. The shock on her face was real. And for more facts from Hollywood, here are 50 Crazy Celebrity Facts You Won't Believe Are True. 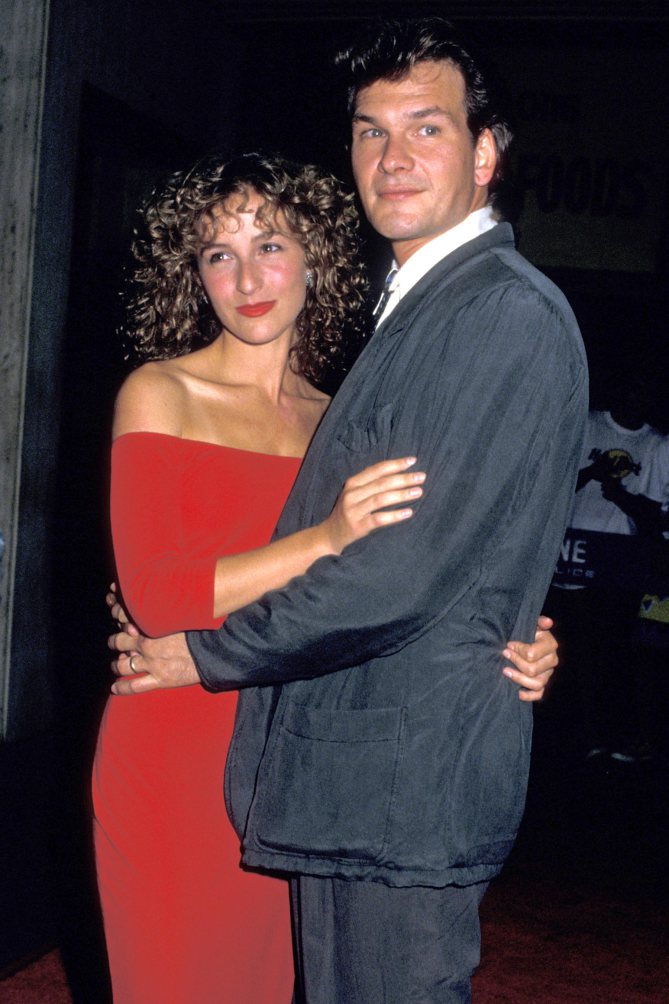 No one puts Baby in a corner—except her costar. Despite their off the charts chemistry, Swayze found Grey's "silly moods" difficult to deal with during the filming of the classic 1987 film. In his memoir he revealed he couldn't stand that Grey was prone to bursting into tears anytime someone criticized her. But all was forgiven some years later and the two went on to become good friends.

9
Richard Gere and Debra Winger; An Officer and a Gentleman 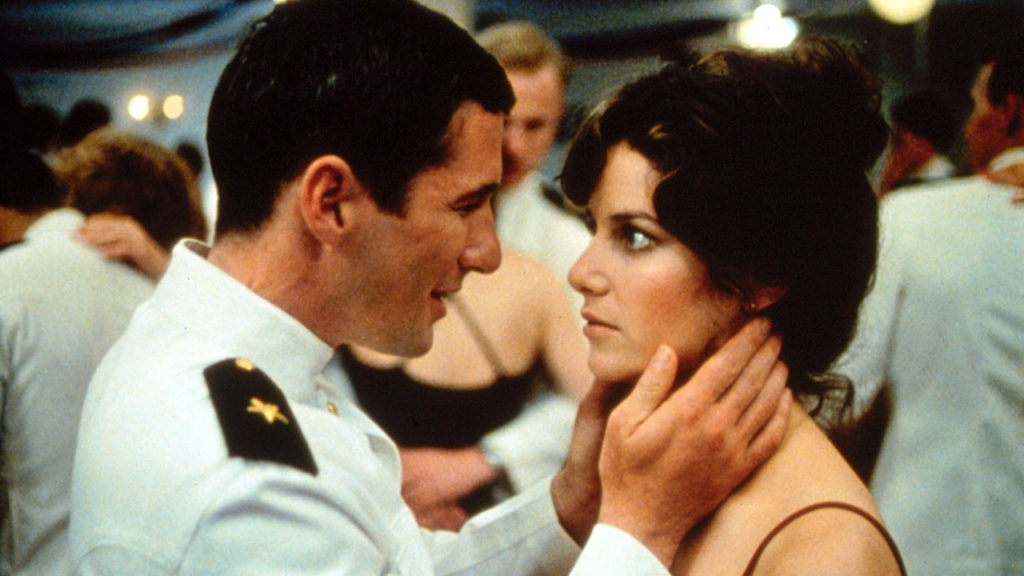 The passionate love story on-screen was in direct contrast to the way Winger and Gere felt about each other while making the 1982 film. According to co-star Louis Gossett Jr., Winger described Gere as "a brick wall" and she didn't think much of the film's director Taylor Hackford, whom she called "an animal." 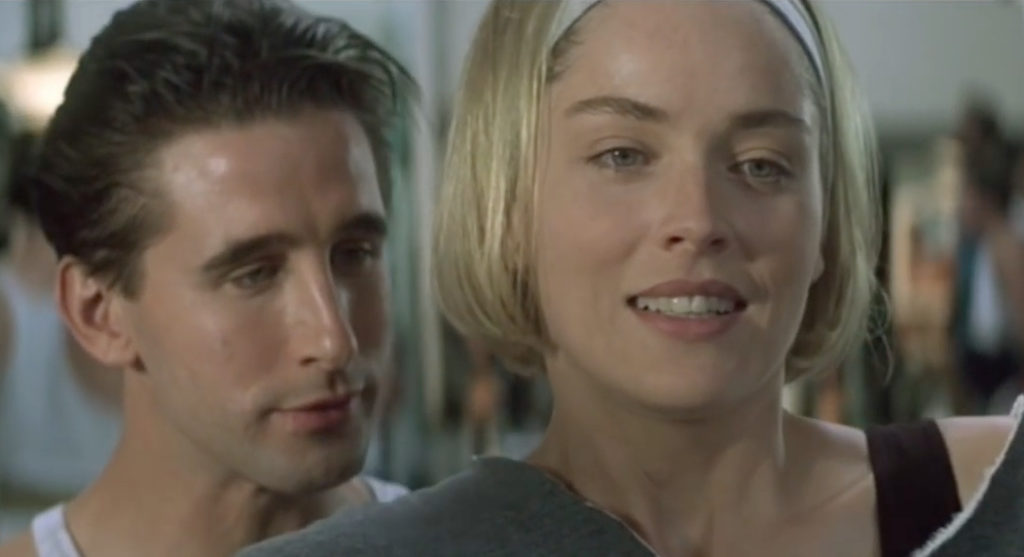 Fresh off her success in Basic Instinct, the general consensus was Sharon Stone was the sexiest woman alive. Too bad her Sliver co-star didn't think so. Stone didn't care for Baldwin either, and reportedly once bit his tongue so hard during a love scene that left him unable to speak for days. Karma bit back—the 1993 whodunit bombed. 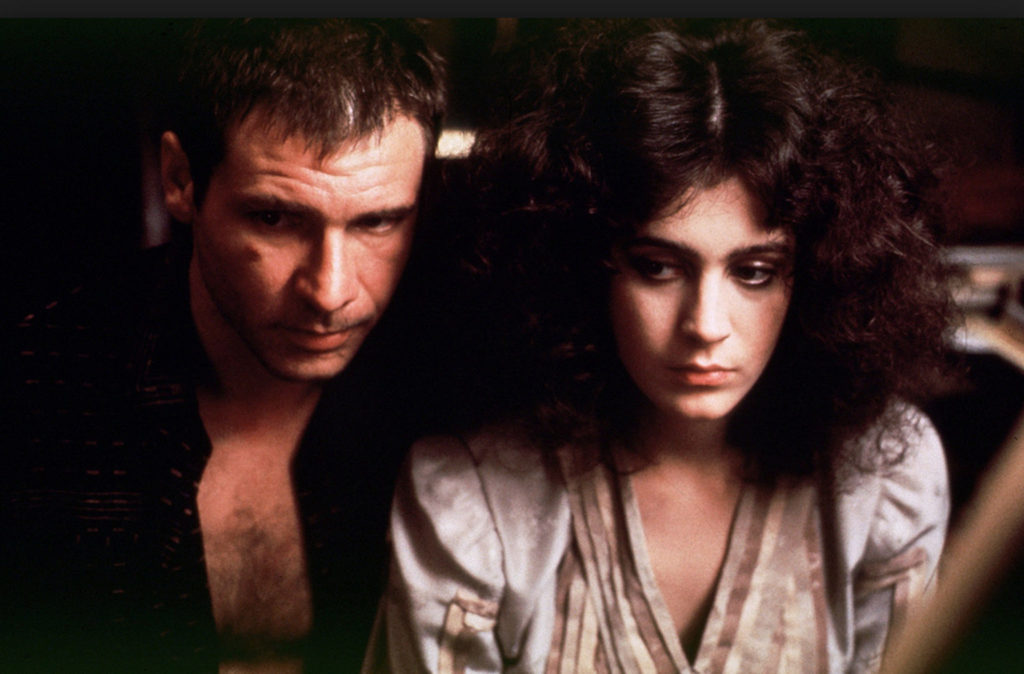 The futuristic love story between the replicant and the special operative in the 1982 sci-fi film was pure fiction in more ways than one. Members of the crew reportedly called the steamy scene between Ford and Young "the hate scene" because they disliked each other so much. 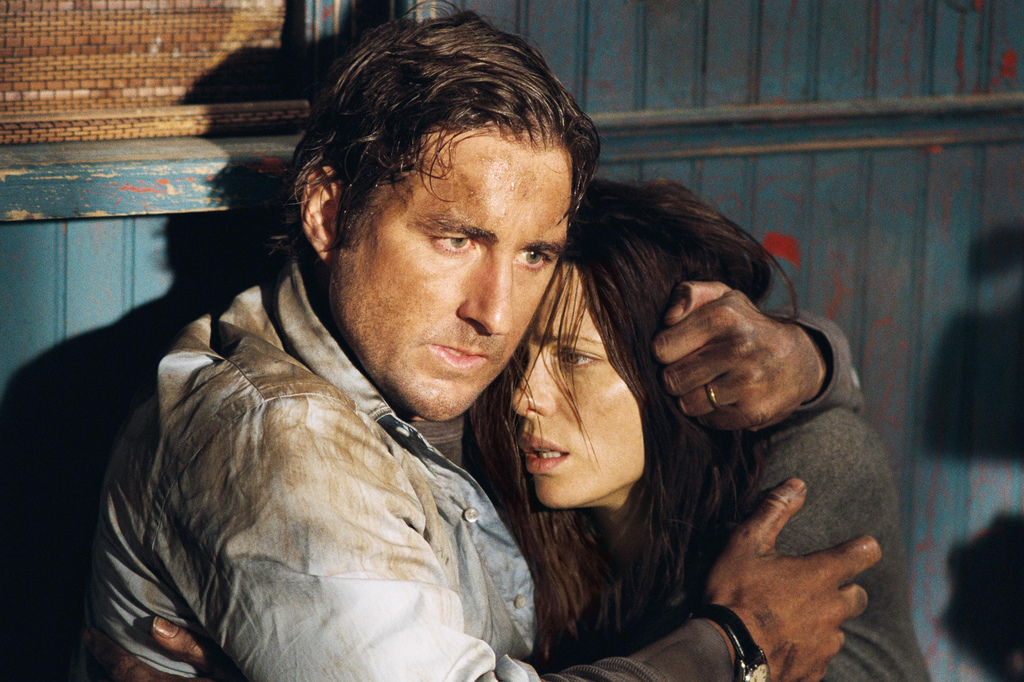 The New York Post reported that Beckinsale hated Wilson's "diva behavior" and his habit of bragging about his late-night partying and womanizing ways while making the 2007 film. He disliked her so much, he refused to be on the set when she was shooting her scenes, sending his stand-in instead. Things got so bad that Beckinsale sent a photo of herself to the set when Wilson was shooting with a note that read: "Read your lines to this—it will be better for both of us." 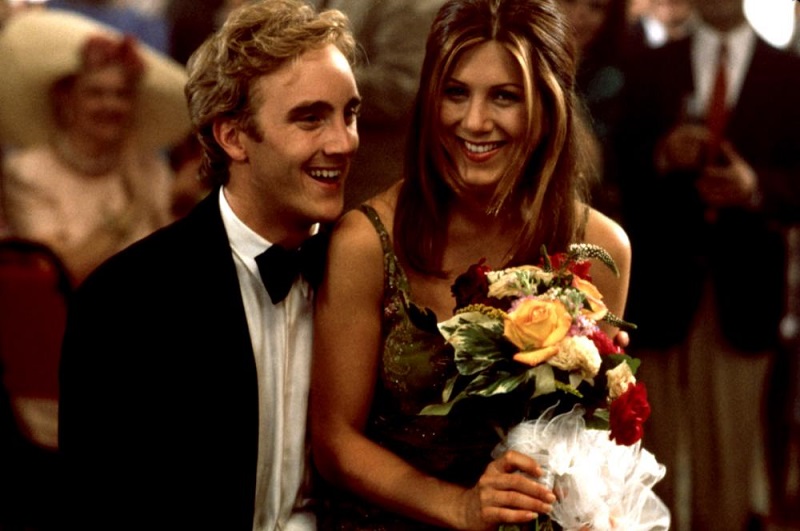 Mohr was surprised he was cast opposite Aniston in the 1997 rom-com—and so was Aniston, who wanted her then-boyfriend Tate Donovan for the role. Evidently, she never hid her displeasure from Mohr who, in a 2010 interview, said making the movie was his worst film experience ever.

"The leading [lady] was unhappy with my presence and made it clear from day one." Mohr said he was so devastated by Aniston's constant and vocal criticism of his performance he would "go to my mom's house and cry." How unfriendly.

14
Marilyn Monroe and Tony Curtis; Some Like It Hot 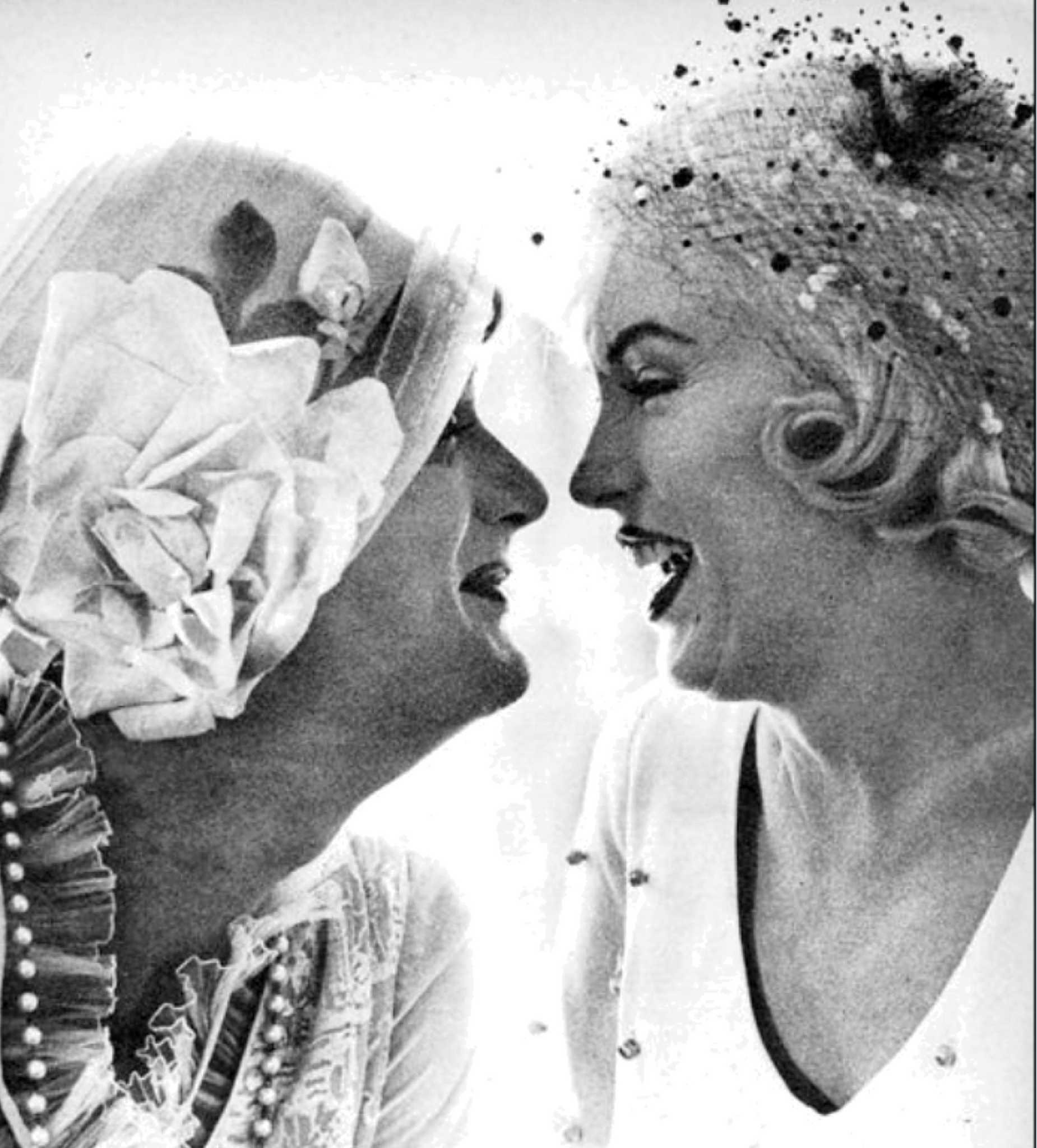 Monroe and Curtis had been lovers some time before the hit 1959 film, but his feelings towards the biggest movie star in the world had done a complete turn-around by the time of shooting.

The actor, who was reportedly fed up with his leading lady's lateness to the set, famously said kissing Monroe in the film was "like kissing Hitler," but there have been some reports which have indicated Curtis was joking. Monroe's costar was serious when he recalled the experience of working with her on the film some years after Monroe's tragic death, "She'd gone funny … her mind was all over the place."

15
Marlon Brando and Sophia Loren; A Countess From Hong Kong Loren hated Brando. In her autobiography, she accused the notoriously eccentric actor of groping her during the making of the 1967 comedy.

"All of a sudden, he put his hands on me," Loren wrote. "I turned in all tranquility and blew in his face like a cat stroked the wrong way and said, 'Don't you ever dare do that again! Never again!'" The actress said Brando kept his hands to himself for the rest of filming, "But it was difficult working with him after that." No doubt. And for more trips into the past, check out the 40 Facts You Learned in the 20th Century That Are Totally Bogus Today.