How Martina Navratilova Discovered She Has 2 Different Kinds of Cancer: "Double Whammy"

The tennis legend was recently diagnosed with both throat and breast cancer.

Tennis legend Martina Navratilova is widely considered to be one of the greatest athletes ever to set foot on the court. Even after amassing her record-breaking collection of Grand Slam titles over the course of a career that spanned four decades, she also overcame a breast cancer diagnosis in 2010. But the 66-year-old now says she's once again confronted with a major health ordeal after discovering she now has two different kinds of cancer. Read on to see how the all-time sports great first found out about the "double whammy" and how she's planning to face the challenge ahead.

READ THIS NEXT: Cancer Survivor Rita Wilson Says She Stopped Eating This After Her Diagnosis.

Martina Navratilova announced she was diagnosed with two types of cancer.

On Jan. 2, Navratilova released a statement announcing that she had recently been diagnosed with stage 1 throat and breast cancer. In a press release, she explained that she discovered the first signs of the disease while on the road for work.

"Martina noticed an enlarged lymph node in her neck during the [Women's Tennis Association] WTA finals in Fort Worth. When it didn't go down, a biopsy was performed, the results came back as stage one throat cancer," the statement read, per The Guardian. "At the same time as Martina was undergoing the tests for the throat, a suspicious form was found in her breast, which was subsequently diagnosed as cancer, completely unrelated to the throat cancer."

The sports legend said she was still optimistic while taking on the "double whammy" diagnosis. 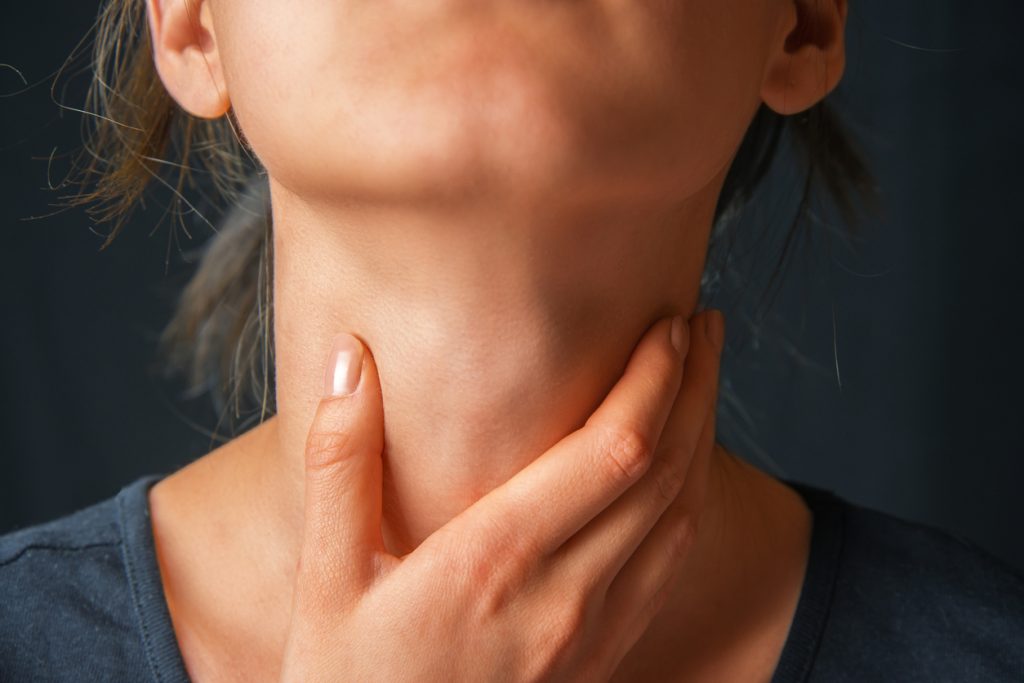 Despite the challenges ahead, Navratilova remains optimistic about facing down cancer for a second time. "This double whammy is serious but still fixable, and I'm hoping for a favorable outcome," she said in a statement. "It's going to stink for a while, but I'll fight with all have I got."

But even though the thought of a dual diagnosis may sound dire, the outlook remains upbeat for the tennis legend. "The prognosis is good, and Martina will start her treatment this month," the statement reads. Specifically, Navratilova's throat cancer is a type caused by human papillomavirus (HPV), which "responds really well to treatment."

"Both these cancers are in their early stages with great outcomes," the statement clarifies.

Others are highly optimistic about her ability to overcome her latest health struggle.

Having already gone through a brush with cancer just over a decade ago, Navratilova has already spoken about the importance of staying upbeat and connecting with others facing the same struggles as a key to recovery. But those who have worked closely with the tennis legend say her on-court determination is also a strong indicator of how she will take the latest challenge head-on.

"You look at your skills as an athlete, to compete. And in her case to compete and be the best while leaving no stone unturned—as far as finding things out, researching and understanding how to put together the best team," Pam Shriver, a tennis commentator and Navratilova's long-time doubles partner, said in a statement released by the WTA. "She was one of the first in tennis to have a team. Some of those traits will serve her well once again."

"You've got to put together quite the collaborative medical approach, and there will be no question that she'll put together the best team," Shriver added. "And that gives all of us great assurance. And the way she competes, the way she relies on your ability to roll up your sleeves and compete."ae0fcc31ae342fd3a1346ebb1f342fcb

Other colleagues were also quick to throw their support behind the tennis great—including those who've been through cancer diagnoses of their own. "Thinking of @Martina today and supporting her journey, like she did mine, with love and prayers," Chris Evert, a tennis commentator and retired top-ranked player who underwent treatment for ovarian cancer in early 2022, wrote in a tweet. "This is a woman who takes on challenges with strength and resilience…You got this, Martina!"

She'll be taking some time off work while she undergoes her treatment.

Even though she's taking the news in stride, Navratilova is set to begin cancer treatments in New York City that will somewhat sideline her from her regular work. "Martina won't be covering the Aussie Open for Tennis Channel from their studio but hopes to be able to join in from time to time by Zoom," her statement read.

But while she prepares for her recovery journey, she said she was already receiving overwhelming encouragement from fans and loved ones. In a tweet on Jan. 2, Navratilova wrote: "Needless to say my phone and Twitter are both blowing up so I will say again—thank you all for your support and I am not done yet."

Zachary Mack
Zach is a freelance writer specializing in beer, wine, food, spirits, and travel. He is based in Manhattan. Read more
Filed Under
Cancer • Celebrities • Health Facts • News • Symptoms
Read This Next
Latest News
Read This Next