20 Red Flags Your Partner Can't Wait to Leave You

At a certain point in any relationship, the honeymoon period fades, and the bones of the relationship are made crystal clear. Sometimes, this results in a steady, loving commitment. But other times, in results in some immediate second-guessing and exit-planning. And often, you might not be privy to such thoughts and feelings—since they're coming from your partner, not you.

So, rather than leading by intuition alone, it's best to be able to open your eyes to you're significant other's habits in order to see whether or not they're in it for the long haul or not. When he or she can't wait to leave you, there are several red flags that point to a quick and sudden exit on the horizon. Here they are. And for more symptoms of a failing relationship, these are the 20 Subtle Signs Your Partner Misses Her Ex.

1
They constantly bail on plans.

As relationship coach Cindi Sansone-Braff, author of Why Good People Can't Leave Bad Relationships, told Bustle, when your partner is looking to leave you, they won't feel the same urgency to see you all of the time. "When a person stops having the time or desire to be with you, then you know that your relationship is on life support system, and that you might just have to be the one who has the guts to pull the plug," Sansone-Braff says.

Even worse, when they don't possess the understanding that when they constantly bail on plans, the person who is most affected is you. And for more reasons why things come to a sudden halt, check out these 30 Most Common Reasons Why Relationships Fall Apart.

2
They talk in strange clichés about your relationship.

When your partner begins to say things like "maybe we're just too different" or "maybe we're just not meant to be," they're taking in cliches to stir a response from you. According to relationship coach and therapist Anita Chlipala, your partner is dropping hints to see what your reaction may be. In fact, they're most likely hoping that you'll be on the same page about the relationship so they don't have to be the one to pull the plug.

3
They never ask about your day.

If your partner never asks about your day, this points to their overall lack of interest in your life. Since one of the signs of a healthy relationship is the ability for both to share details of their lives with each other, when they stop talking to you or asking simple questions about your life, then it may be time to reexamine the relationship. And for more signs to watch out for, check out these 20 Surefire Signs Your Relationship Is Over.

4
The date nights have disappeared.

While not everyone goes out on the weekends, lately you've been spending nearly every Saturday night on the couch—alone. Even during those nights you spend on the couch with your significant other, you still yearn for those beginning months of your relationship, when flirty and fun dates were the norm. According to New York-based relationship expert April Masini, these date nights are a way for long-term partners to reconnect—and if your partner seems to be over these romantic escapades, it could be a sign that they've checked out of the relationship.

5
Or you're only going on group dates. 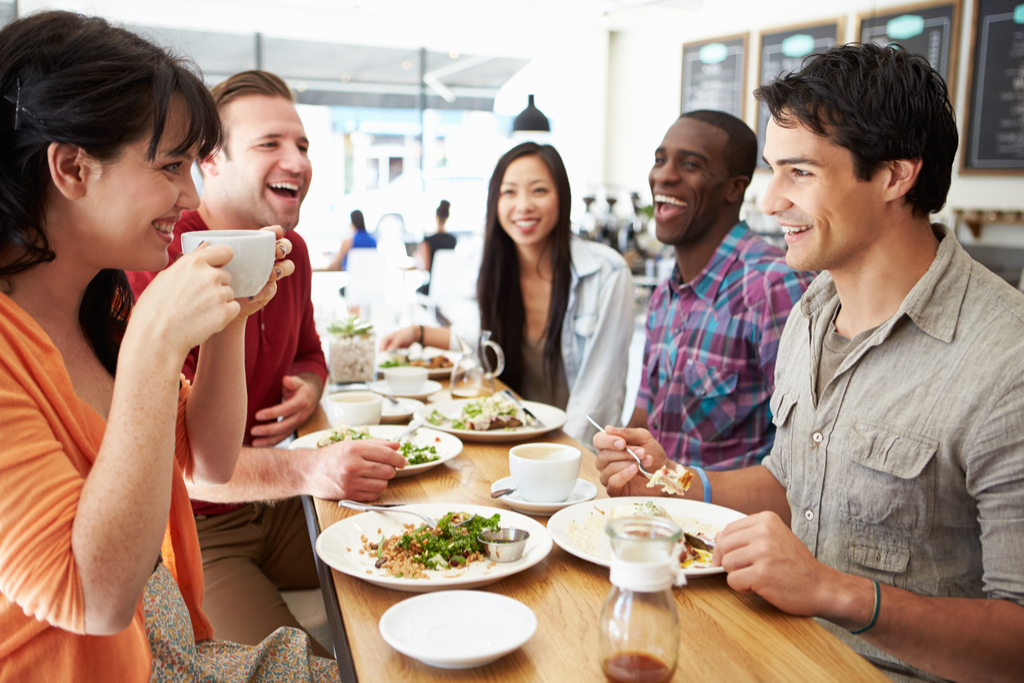 Or, you do go out, but you find that it's only outings that involve your friends—never one-on-one time. While group dates are good in moderation, if you find your dating life limited to only multi-person outings can mean that your partner is trying to phase you out, but doesn't have the guts to break up with you. And if you need some amazing one-on-one inspiration, start with these 40 Non-Cliché Romantic Date Ideas.

6
They stop making plans for the future.

Before, your partner purchased concert tickets for the pair of you months in advance, or talked about romantic trips to far-flung locales. They might've even planned what your future home might look like. Now, they won't even make plans a week in advance and dismiss ideas of the future whenever you bring it up. If a future with your partner seems this unstable, then it may be time to have a heart-to-heart.

7
Their response to criticism is always to be defensive.

Whenever you bring up any of these changes in behavior, your partner is immediately defensive—and this is a sign that, instead of wanting to work to better the relationship, they only want to make themselves feel better about their actions. As sex educator Danielle Sepulveres told Bustle, "If someone truly didn't realize that their behavior has changed, they would be willing to discuss your concerns without immediately refuting you. Abstaining from having a conversation or dismissing your feelings is not a good sign when you want to address a shift you've sensed in the relationship."

8
They seem to be a million miles away.

Even when you're spending quality time together, your partner seems to be on another planet entirely, putting emotional distance between the two of you. More than anything, this emotional distance is the biggest indication that your partner wants to end the relationship. When the types of conversation you engage in become less meaningful, or they no longer seem excited to spend time with you, they're just counting down the days until they can be free.

9
They're slowly pulling away from communication with you.

Similar to creating an emotional distance in the relationship, if your partner is looking to break things off with you, they might also begin to pull away from communication. If you find that no longer respond to text messages in a timely fashion, or that they don't communicate important details of their lives to you, then they're most likely attempting to let you down slowly—slowly and painfully, that is.

10
They're grumpy or argumentative around you constantly.

When every little thing you do or say seems to set them off, they could be feeling more combative than usual, signaling a new trend in their behavior that could point to a larger issue about their motives in the relationship.

11
There are fewer sweet moments during intercourse.

Even during sex, you find that your partner is detached and robotic, only going through the motions of the act without really feeling anything—which is definitely a bad sign for the relationship. Further, you find that the sweet moments—like cuddling and kissing—have seemingly evaporated from sex, and, on top of that, you're not having sex as frequently as you once did.

12
They no longer value your opinion as it pertains to their life.

One of the best things about being in a relationship is the fact that you finally having a supportive sounding board for every decision in your life. When you have a supportive and loving partner, they value your opinions about their life as well, at least taking them into consideration before making your decision. However, when your partner no longer asks for your opinion as it pertains to their life, it can point to the fact they no longer take your point of view seriously—or even value your participation in their life.

13
They're happier when they're with their friends.

Before, you were friends as well as romantic partners, laughing and maintaining a deep and meaningful connection. Now, it feels as though they only laugh and carry on around their friends, and that, with you, their personality is more muted and their laughter is less frequent. If you find that your partner exhibits this behavior, it could be because you no longer make them happy—which is a tell-tale sign that the relationship is on the outs.

14
They flirt with other people.

During happier days in the relationship, they might have flirted with other people when you weren't around, but now, they're openly checking out and flirting with other people right in front of you—like you aren't even there. If anything, this should make you wonder what they are doing when you're not around. At the end of the day, this behavior is not okay and should be discussed openly. If they deny that they are doing this, then they have no intention of stopping, and you should quickly exit the relationship.

15
They suddenly can't stand the things that make you unique.

At the beginning of the partnership, they loved that you were a neat freak, but now, they are constantly criticizing your need to wash the dishes after every meal or pick up their clothes off the floor. When you begin to realize that every unique aspect of your personality annoys them, it may point to the fact that they would rather be out of the relationship—and these outbursts about you could be a symptom of their frustration.

16
They've told you that you deserve better.

Yes—if they have actually flat out told you that you deserve a better partner, they could be attempting to hand you all of the reasons why they're an awful partner on a silver platter. After all, it's easier to convince you to break up with them than having to put in the effort to end things with you on their own.

17
They aren't affectionate at all.

Among the small changes you've become aware of in your partner's behaviors, you begin to notice that they are less affectionate than they used to be. Even when you're not in public, they shrink away from hand-holding and kissing, blaming their indignation on stress or not being "in the mood." If you've noticed that they seem to keep you at an arms-length—literally—than your relationship might be coming to an end.

18
They avoid posting pictures of you together.

During the later stages of their hesitation in the relationship, they will begin to diminish your presence on their social media pages and avoid appearing in the content on yours as well. While this may not necessarily indicate that they are beginning to date other people, it can just mean that they've told others that they are ending their relationship with you, and appearing in a smiling photo on Instagram would demonstrate to everyone that they haven't yet found the courage to end things.

19
Their friends have become distant as well. 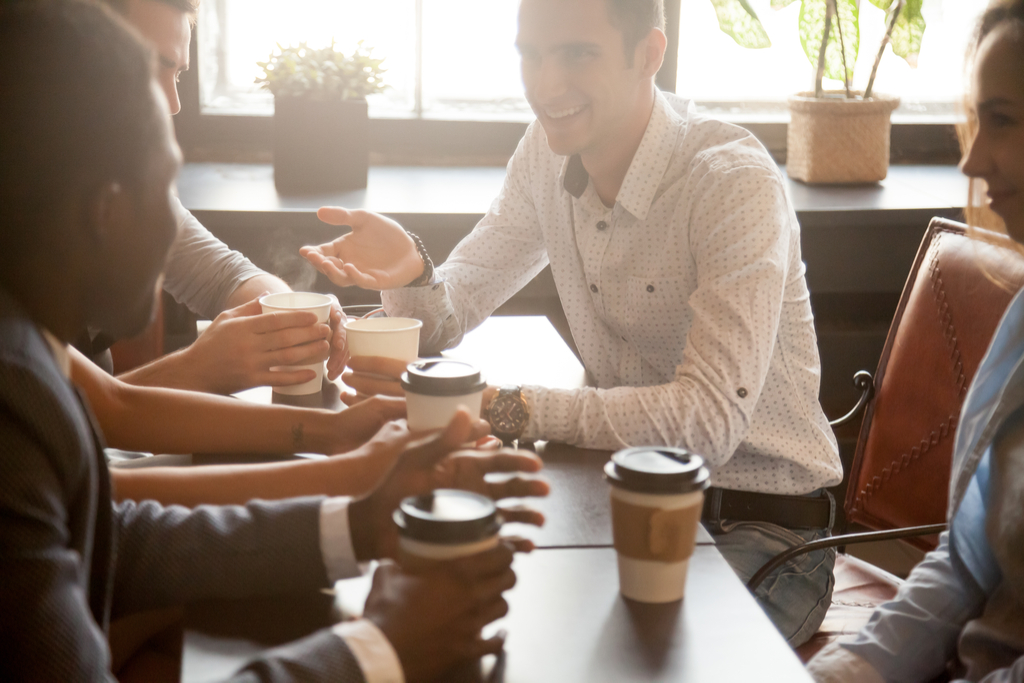 When you're in a serious relationship with someone, especially one that is long-term, their friends also become yours as your social circles blend together. So if you notice that your partner's friends have become distant in the recent months, it could be a sign that your partner has already clued them in about their intention to exit the relationship. If their friends have stopped communicating with you or including you in plans that you are normally a part of, then the alarm bells should be sounding off in your head.

20
You feel a constant sense of dread when it comes to your relationship with them.

At the end of the day, you should trust your gut. If feelings of happiness and joy have been taken over by a constant sense of dread when it comes to your relationship with your partner, then your intuition is trying to tell you something—and it's time for you to listen. And if you're looking to reignite the flame, check out these 50 Relationship Quotes That Will Reignite Your Love.

Ashley Moor
Ashley hails from Dayton, Ohio, and has more than six years of experience in print and digital media. Read more
Filed Under
Dating
Read This Next
Latest News
Read This Next