10 Secrets Your Partner Is Definitely Keeping From You

You know what they say about secrets ruining relationships? Well, they're actually full of it. While a totally honest relationship might sound wonderful in theory, it's a terrible idea in practice. (For more on why, please read 13 Secrets You Should Always Keep from Your Partner.)

But just as there are certain things you should always withhold from your partner, there are plenty of things they should keep from you, too. In fact, if you're in a healthy and happy relationship, you can bet that they're keeping these ten secrets from you right this second. So read on to learn more. And for more great relationship advice, don't miss the 50 Best and the 50 Worst singles scenes in America. 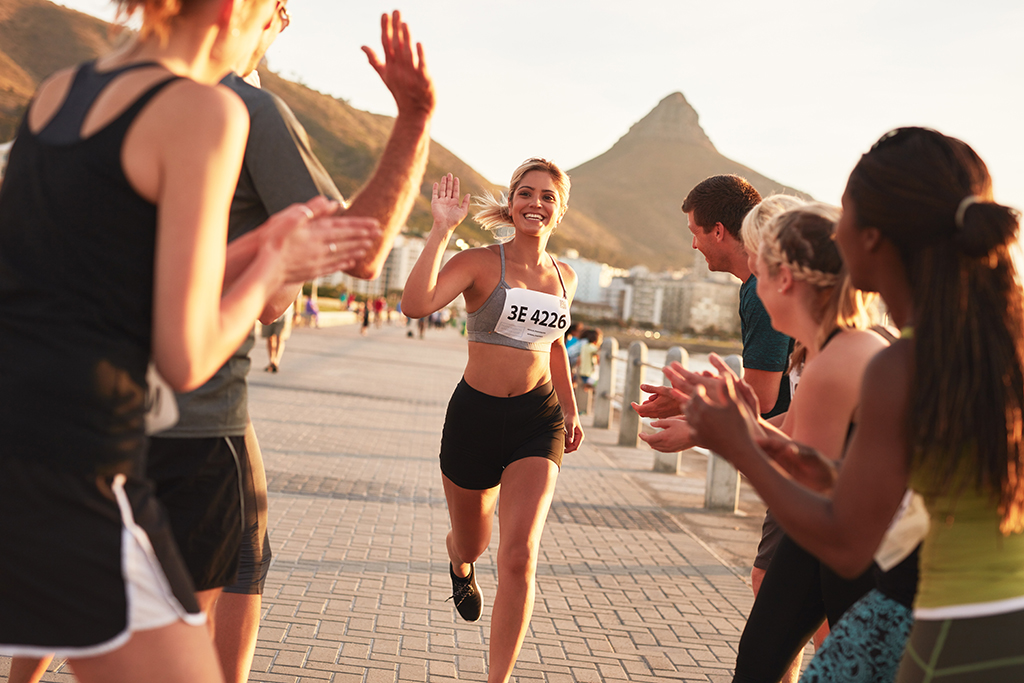 Research indicates that there are all kinds of secrets partners keep from each other, and while some are less-than-ideal (cheating, debt, and drug use), many are completely innocuous. For example, a recent study done at Columbia University found that many people keep lofty career or personal aspirations to themselves. In this case, the secrecy isn't personal, it's just that they're not prepared to talk about it yet, probably because they're still working it out in their own mind—and that's 100 percent okay.

It's one thing for your S.O. or spouse to keep their student debt or sky-high credit card bills from you, but it's totally another if you're in a good financial situation and they have a little extra cash stashed away for their own personal use. "Everyone should have a 'rainy day' savings that will cover them in case of emergency," says Karolina Pasko, psychotherapist and coach. "It's untouchable and locked. No one needs to know about it." Including you. 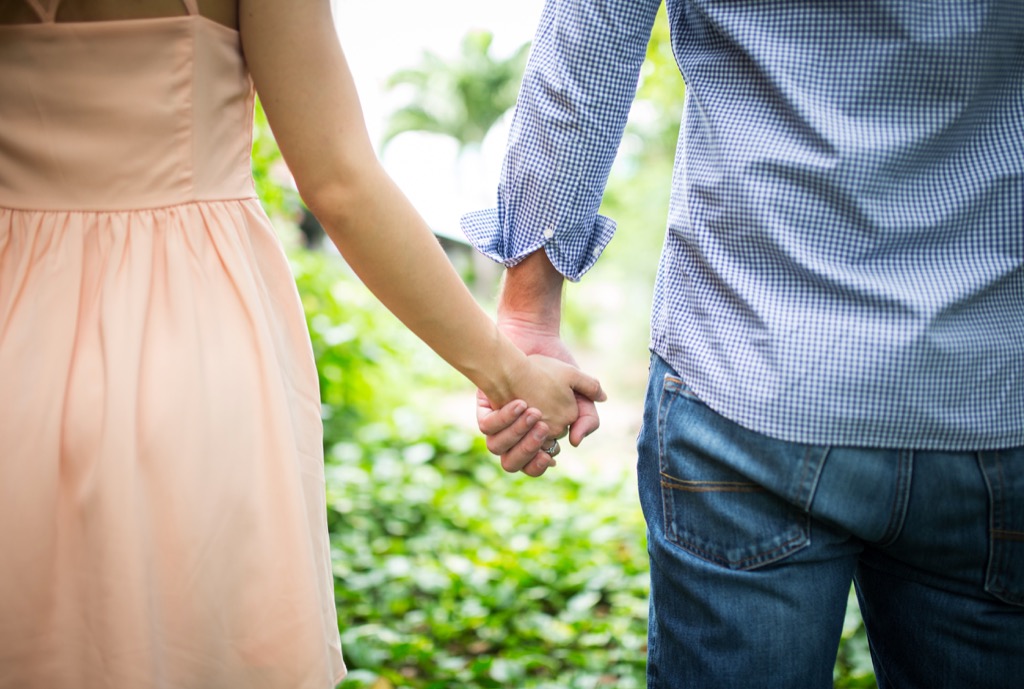 You've probably had at least a cursory conversation about your partner's past relationships—but you might not have the whole story about each and every one of them, and it's better that way. "One of the biggest client secrets I've found is past relationship history," says Rosalind Sedacca, dating and relationship coach. "We may have regrets about how we treated a partner or how we were treated for far too long. These secrets are sometimes better left untold."

If your partner learned their lesson about what they did or what they shouldn't put up with, there's no reason they should have to tell you about it. Of course, if they're still feeling the emotional impact of their cheating ex and it's causing them to act jealous or suspicious, that's a different story. And remember: still feeling hung up on past mistakes and relationships is one of the signs a person should be single.

Especially ones you can't do anything about, or are small habits that don't hurt anyone. "There are many couples who don't share pet peeves that they have," notes Michael J. Salas, a sex and relationship expert based in Dallas. "This is usually because they just don't know how to share it in a constructive way," he explains. Being told by your partner that they don't like how you chew, text while watching movies, or use the word "like" too much when you're talking to your friends isn't really that helpful. If you can't stand it any longer, however, conveying your frustration through a movie quote will soften the blow: Check out the 32 Ways to Change His Behavior with Movie Quotes.

5
How Many People They've Slept With

In short, this conversation is just not necessary. "As long as they have gotten checked medically and are okay, there is no reason you need to know about their past sex life," says Kimberly Hershenson, LMSW. "This information will only lead to comparisons." And no one wants that.

6
They "Experimented" In College On this topic in particular, the truth often hurts. "Although there is a myth that most people know how their partners feel about their parents, this is often not the case," says Salas. Generally, it's not that important for your partner to tell you that they don't like how needy your mom is or that they find your dad's politics narrow-minded. Of course, if their resentment is building up and it's causing problems in other areas, it would be better for them to mention it, but if it's simply that they don't love your parents' personalities, count it as a blessing that they keep their thoughts to themselves on this one.

No one likes having their physical flaws pointed out to them, and if your partner is a halfway-decent person, they know this. "Most people are well aware of their bodies and conscious of weight gain," notes Hershenson. The same goes for sprouting gray hair or inconvenient mid-life acne. In reality, you probably don't need them to let you know that they've noticed those physical changes, so there's really no point in them sharing their opinion. When fitness is important to both partners, though, planning together and creating goals can have a huge impact; it's one of the 11 Surprising Ways Your Partner Impacts Your Health.

9
They Had An STI Before They Met You 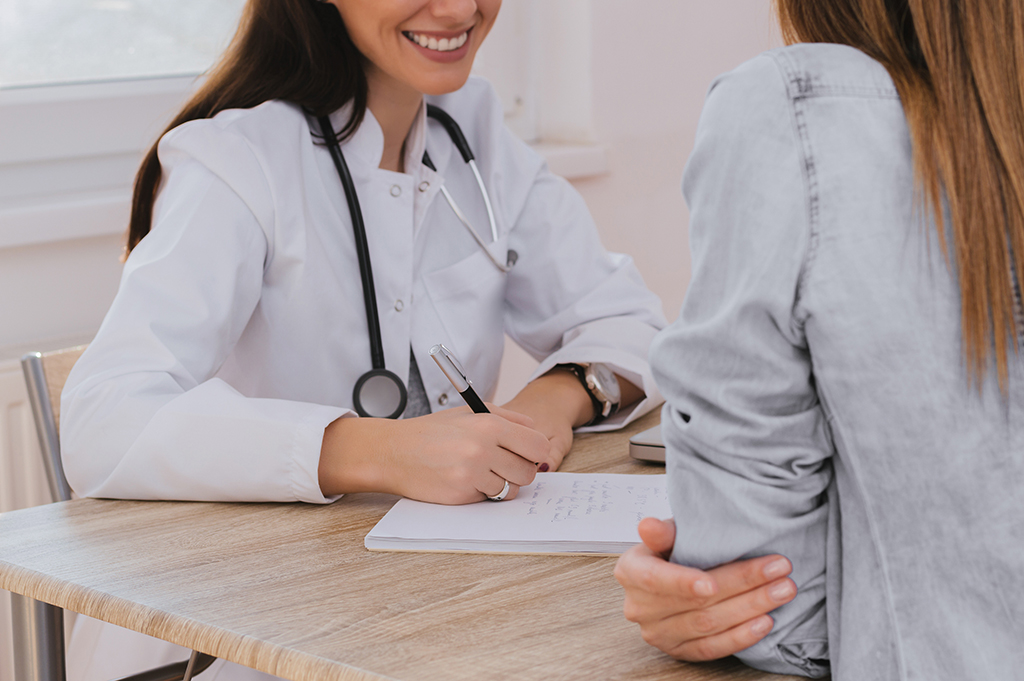 As long as it was treated and they've been given the all-clear. Obviously, anyone with a chronic sexually transmitted infection should mention that upfront, but Pasko emphasizes that past STIs that have been taken care of are fair game to keep quiet about.

10
That Time They Did Something Super Embarrassing 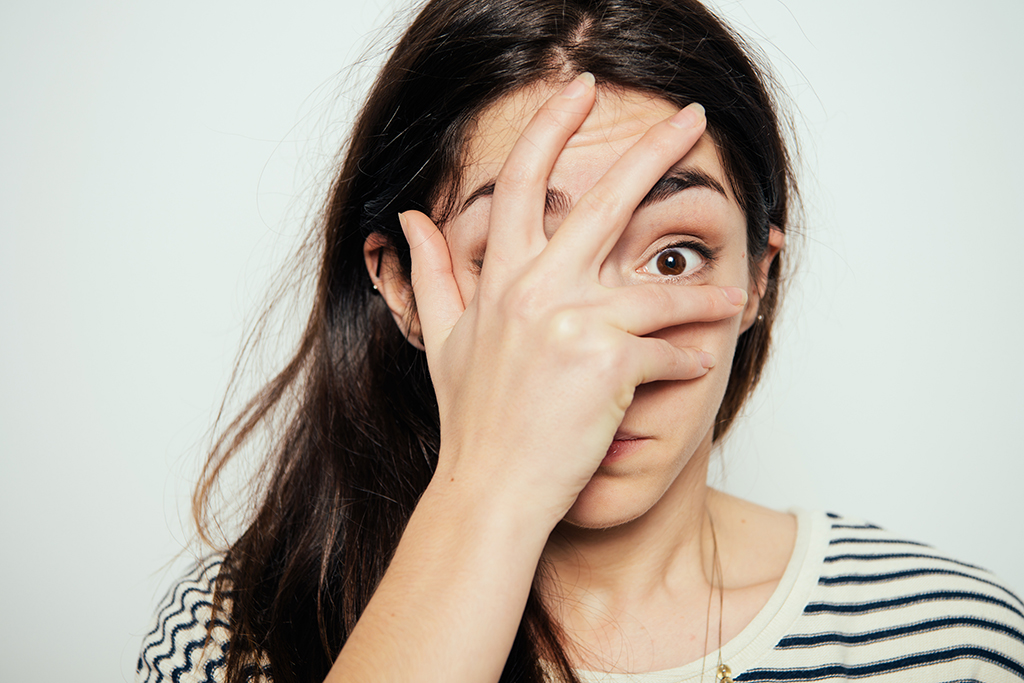 Your S.O. may have told you about that summer they went to camp as a kid, but they didn't tell you about that incident when their towel got stolen and they were forced to run across the camp naked—or worse, they were the bully who stole someone else's towel. That's pretty normal.

"Secrets of omission are common," says Sedacca. "We hesitate to share experiences when we didn't choose to 'do the right thing.' So we tell a story and fail to relate the part we are now embarrassed about," she explains. "If the situation is no longer relevant to the current relationship, this is a secret they don't have to share. Hopefully they'll do better in the future." And for more great relationship advice, learn about the 20 reasons fall shouldn't be an excuse for a relationship cooldown.