Urban Outfitters is charging $59 for clothes you already own.

Every time you think you've hit rock bottom and seen the worst Halloween costume idea possible, the Internet will throw you a shovel and tell you to keep on digging.

Last week, Yandy released a "sexy" Halloween costume based on the outfits worn by enslaved women in Hulu's hit show, The Handmaid's Tale, which resulted in widespread outrage (and, ultimately, the store issuing an apology and pulling the item off the shelves). Then, Party City released a Halloween costume of a girl being ghosted, which people found intensely creative and relatable, but borderline triggering, given how terrible modern dating culture is.

Now, Urban Outfitters is selling an "Influencer" Halloween Costume that literally consists of a bra top and leggings. 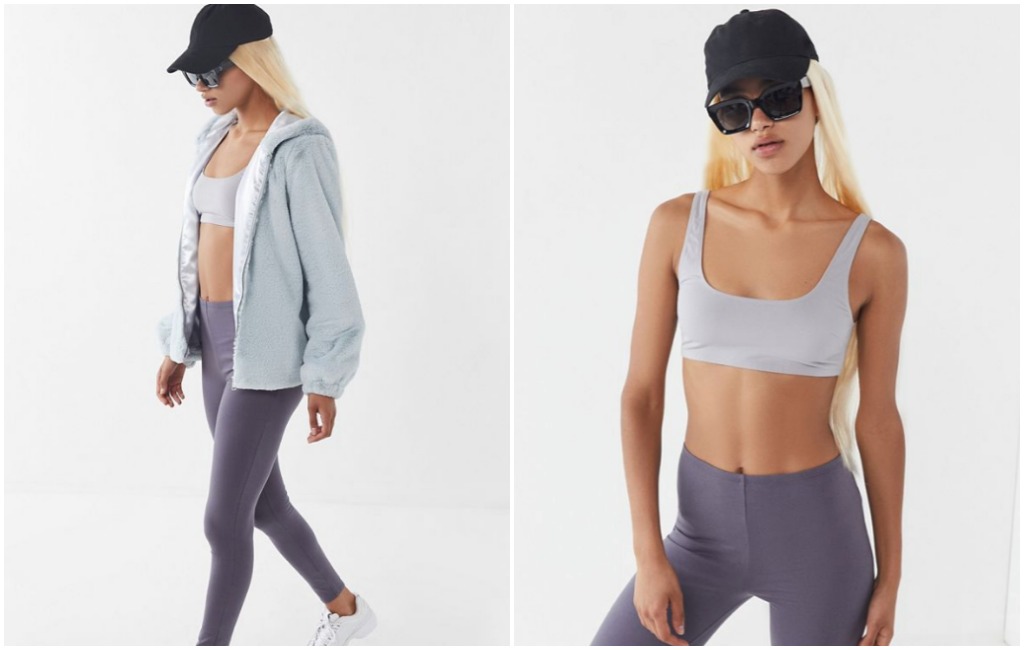 Yes, for only $59, you can buy a "Halloween costume" comprised of two items almost everyone already has in their closets.

It doesn't help that the outfit looks like a low-budget version of the Yeezy Season 6 collection Paris Hilton, and other celebrities, wore for a promo early this year.

In fact, that promo in itself was an intentional replica of the Yeezy outfits Kim Kardashian was snapped wearing while out and about in Los Angeles last fall. In a brilliant move, the photos were made to look like paparazzi shots of an average day in the life of a social media star, but turned out to actually be an ingenious marketing strategy.

While Halloween costumes have become a lot more creative in recent years, to some extent, the point is still to dress up as something that everyone at the party will be able to identify, or at least register as a costume.

If you wear this, you could easily be dressed up as either Paris Hilton, Kim Kardashian, a woman on her way to Soul Cycle,  a woman out for a jog in the park, or nothing whatsoever.

At this point, it really feels like retail stores are sort of just trolling us, competing to come up with the most ridiculous Halloween costume idea imaginable in order to drive people to their website. I therefore look forward to the next Halloween costume ideas they come up with, such as "Woman Cleaning Apartment" or "Man Making Hard-Boiled Egg."

And for more on women's fashion, Here's Why Every Dress Should Come Equipped with Pockets.

Diana Bruk
Diana is a senior editor who writes about sex and relationships, modern dating trends, and health and wellness. Read more
Filed Under
Halloween
Read This Next
Latest News
Read This Next