9 Times Politicians Totally Lost It and Things Got Physical

Whether they're yelling "You lie!" during a State of the Union address or going nuts during a presidential campaign rally, politicians are known to lose their cool during heated moments. But it's not every day that one of them stops, grabs his adversary by the throat, and brings him to the floor as if he were The Undertaker. Of course, we're talking about Montana Congressional candidate Greg Gianforte's recent encounter with a reporter from The Guardian.

Gianforte's hardly the first politico to blow his lid and allow his more primal instincts to take over. Here are nine examples of men in high office—yes, they're all men—who got so frustrated that they decided to channel their inner Tyler Durden. And for more lifestyle coverage of politicians, here are the 6 Cars Donald Trump Wishes He Were Still Allowed to Drive. 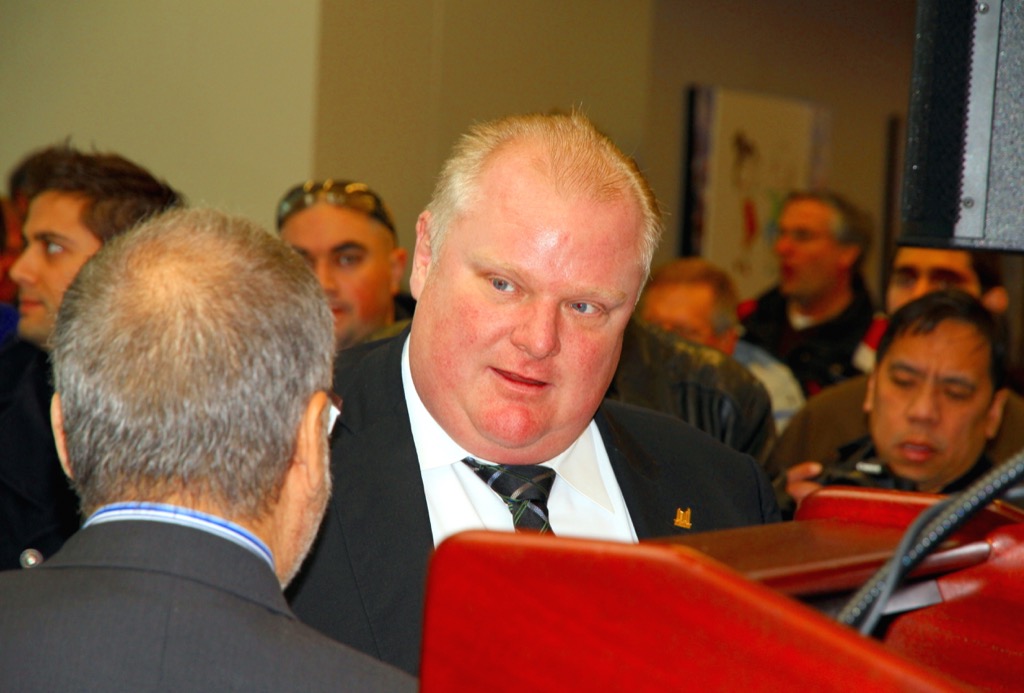 The late Rob Ford, the crack-smoking, bicycle-hating, noxiously offensive former mayor of Toronto, was arrested and charged with assaulting his wife in 2008. The charges were eventually dropped, and Ford suffered no consequences. But he also allegedly arranging a jailhouse beating and infamously bowled over a city councilor—on the chamber floor. Afterwards, an integrity minister released a report describing Ford as "unnecessarily reckless." That's one way to put it. 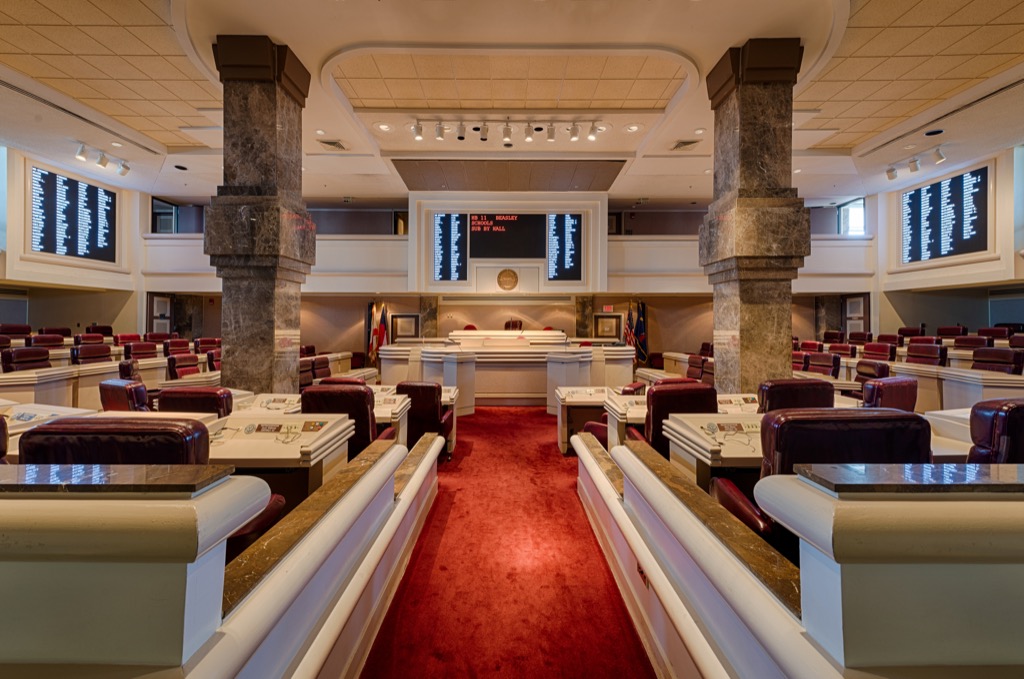 Charles Bishop, a Republican state senator from Alabama, sucker-punched his peer Lowell Barron, a Democrat. During recess, Barron allegedly called Bishop a "son of a bitch," and turned to walk away. Bishop then punched Barron in the side of the head. Bishop retained his post and received no reprimand. We'd suggest that Bishop brush up one the one best way to chill out when you're about to lose your cool. 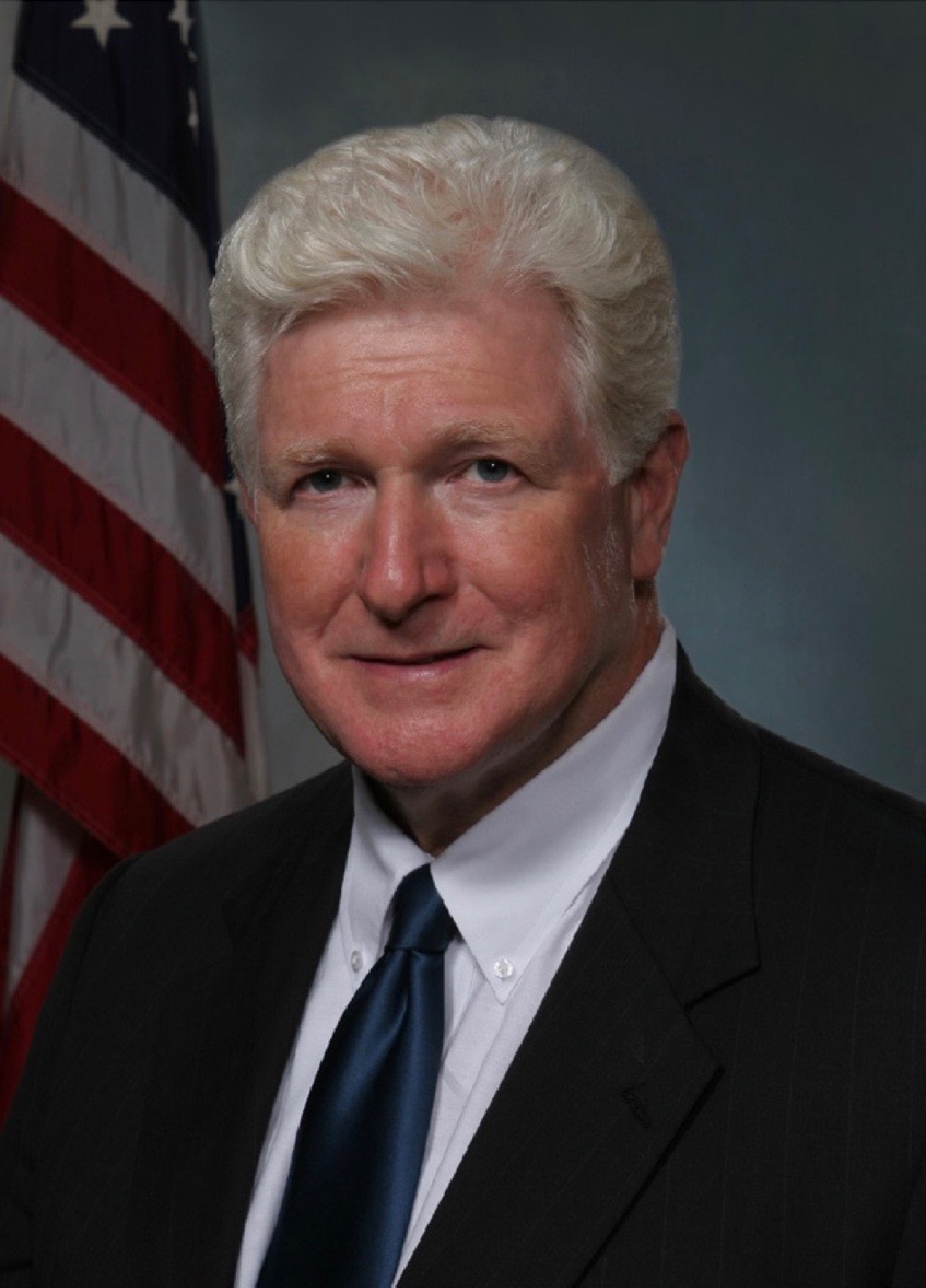 In November 1995, Jim Moran (D-VA), a former amateur boxer, shoved Randy Cunningham (R-CA) and threw a punch. For his part, Cunningham, who was trained as a U.S. Navy fighter pilot, blocked the punch. Moran apologized on the chamber floor and both men returned to business. Now that's one way to put up with a crappy coworker. 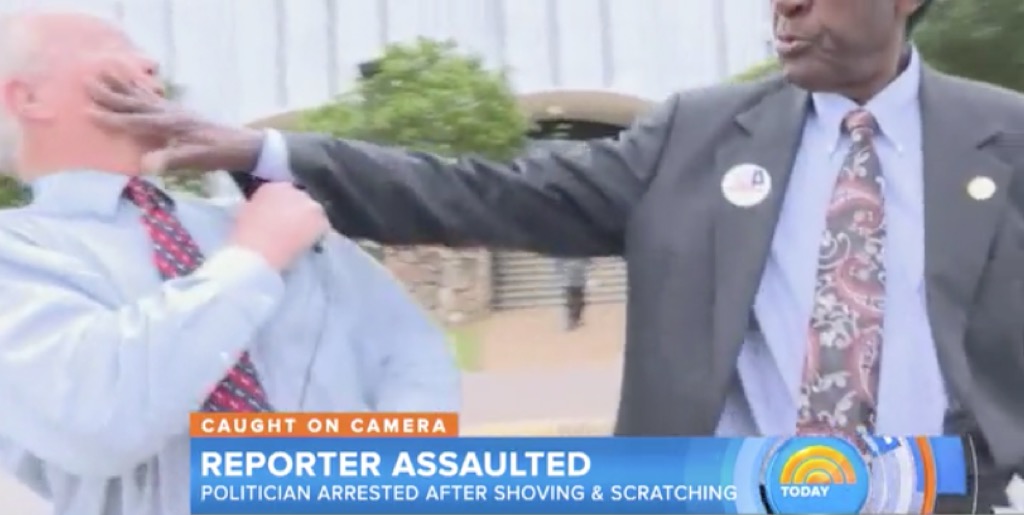 Dothan, Alabama, city commissioner Amos Newsom once shoved a reporter on camera. Later on, he scratched the same reporter, drawing blood. (The video's here.) Newsom was arrested on charges of third-degree assault, and was forced to resign. We get it: stress leads people to act out. If you feel yourself crashing down, learn the 30 ways smart men conquered their stress once and for all. 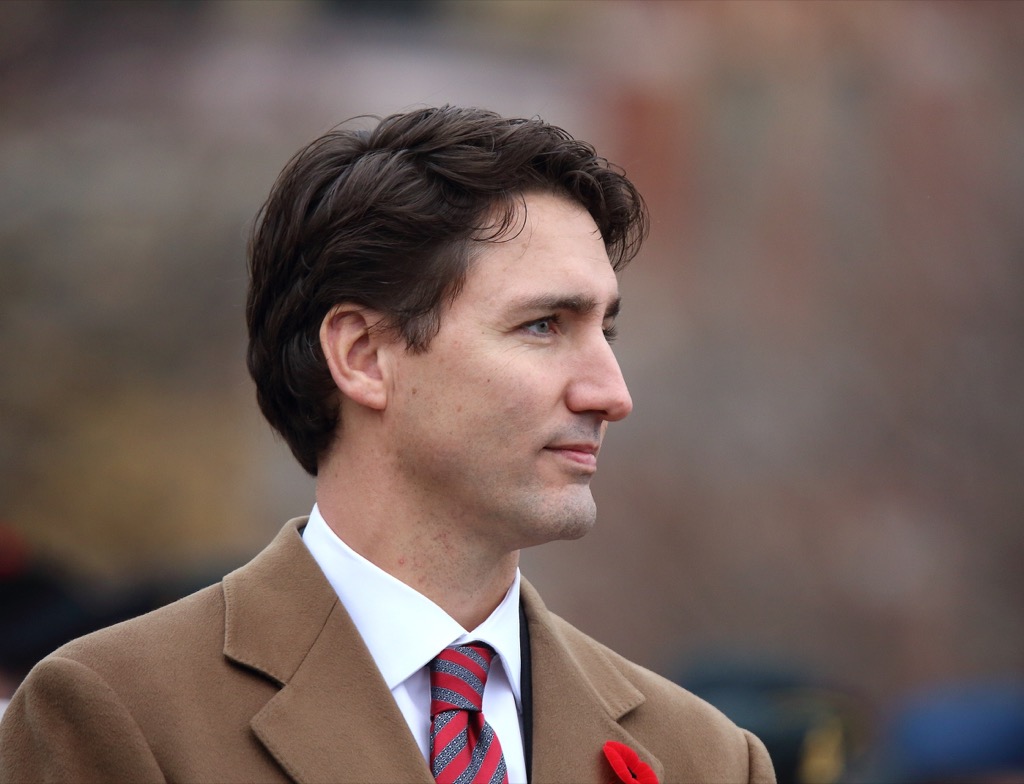 Yes, Justin Trudeau, everyone's favorite snowboarding politician, lost his cool recently, too. During a vote in 2016, Trudeau approached a group of Canadian MPs who were dilly-dallying on the floor; he assumed the group was purposefully trying to delay the vote. Trudeau forcefully grabbed the chief whip, Gordon Brown, and dragged him toward his seat. In the process, however, Trudeau accidentally elbowed MP Ruth Ellen Brosseau right in the chest.ae0fcc31ae342fd3a1346ebb1f342fcb 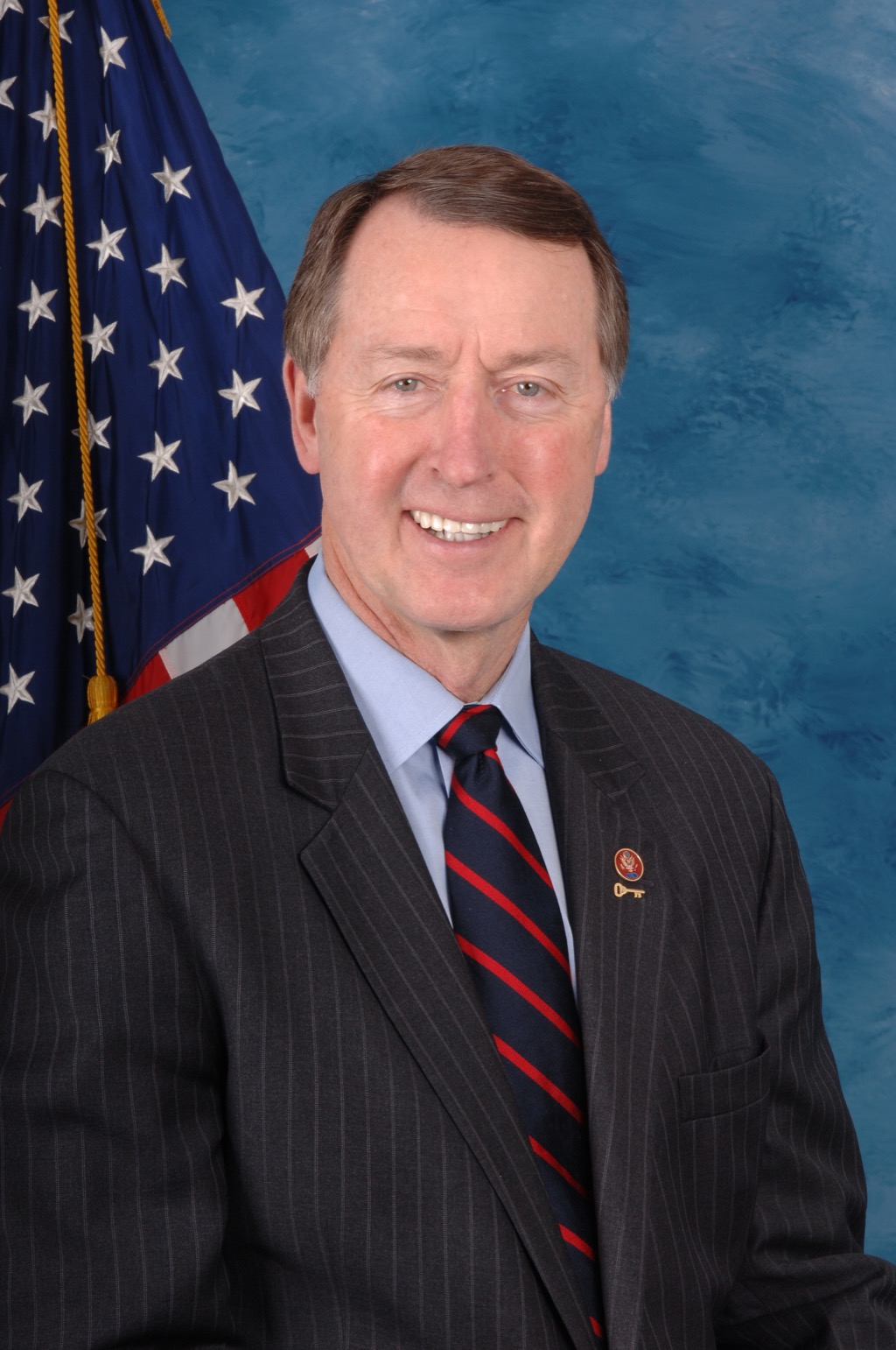 In 2010, two unidentified college kids, working on a project, stopped former representative Bob Etheridge (D-NC) on the street to ask him a few questions. Etheridge proceeded to completely lose his cool. He manhandled one of the kids, repeatedly asking, "Who are you?" Once video of the event went viral, the congressman publicly apologized. He did not run for reelection. 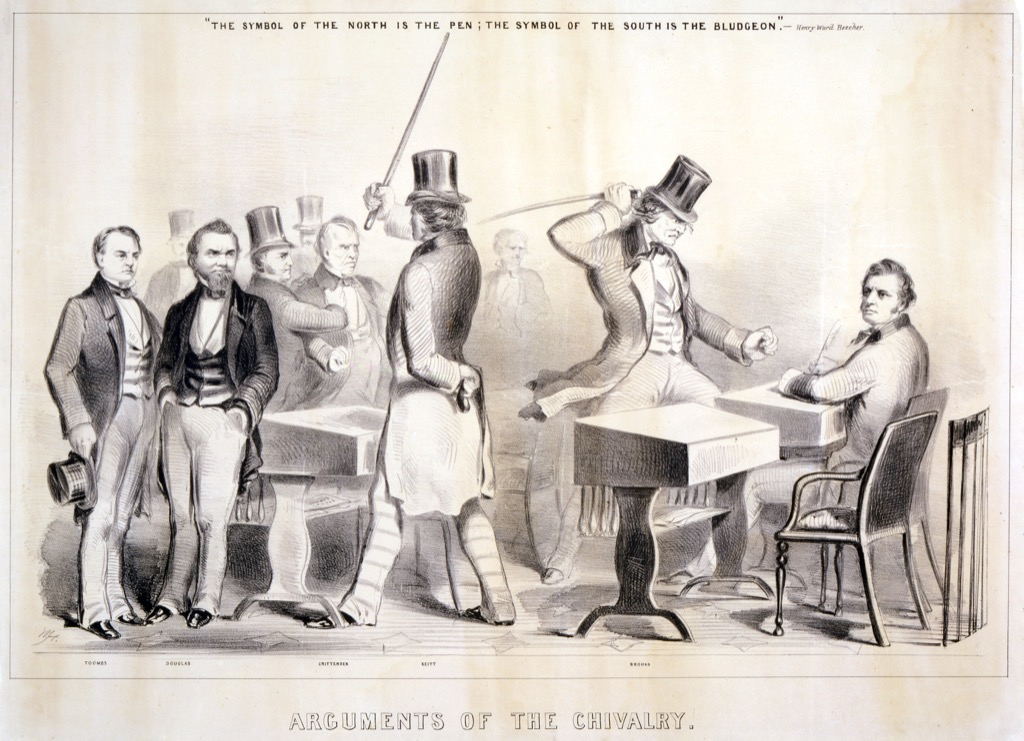 No one who's taken U.S. History 101 can forget the beating of Charles Sumner (R-MA): Preston Brooks (D-SC) and Sumner had been feuding for some time. Brooks decided that Sumner, known as a bit of a drunk, lacked the honor for a proper duel and, instead, repeatedly beat him over the head with a cane—until he shattered the thing. By the time Brooks was done, there was so much blood in Sumner's eyes the guy was temporarily blinded. Oh, by the way, this happened during session, on the floor. Brooks was reelected the following year.

You'd figure, after seeing one of their peers savagely beaten less than two years prior, congress would take measures to not be violent. You'd be wrong. On February 6, 1858, Galusha Grow (R-PA) and Laurence Keitt (D-SC) started hurling insults—and then fists. Almost immediately, more than 30 members of the congregation began an all-out brawl. This went on until John Potter (R-WI) and Cadwaller Washburn (R-WI) knocked off William Barksdale's (D-MI) wig. Barksdale, embarrassed, hurriedly put his wig on—except backwards. The chamber erupted in laughter, and everyone returned to (attempting to) govern. Humor really is the solution to everything.

9
Michael Grimm Tells Reporter, "I'll Break You in Half 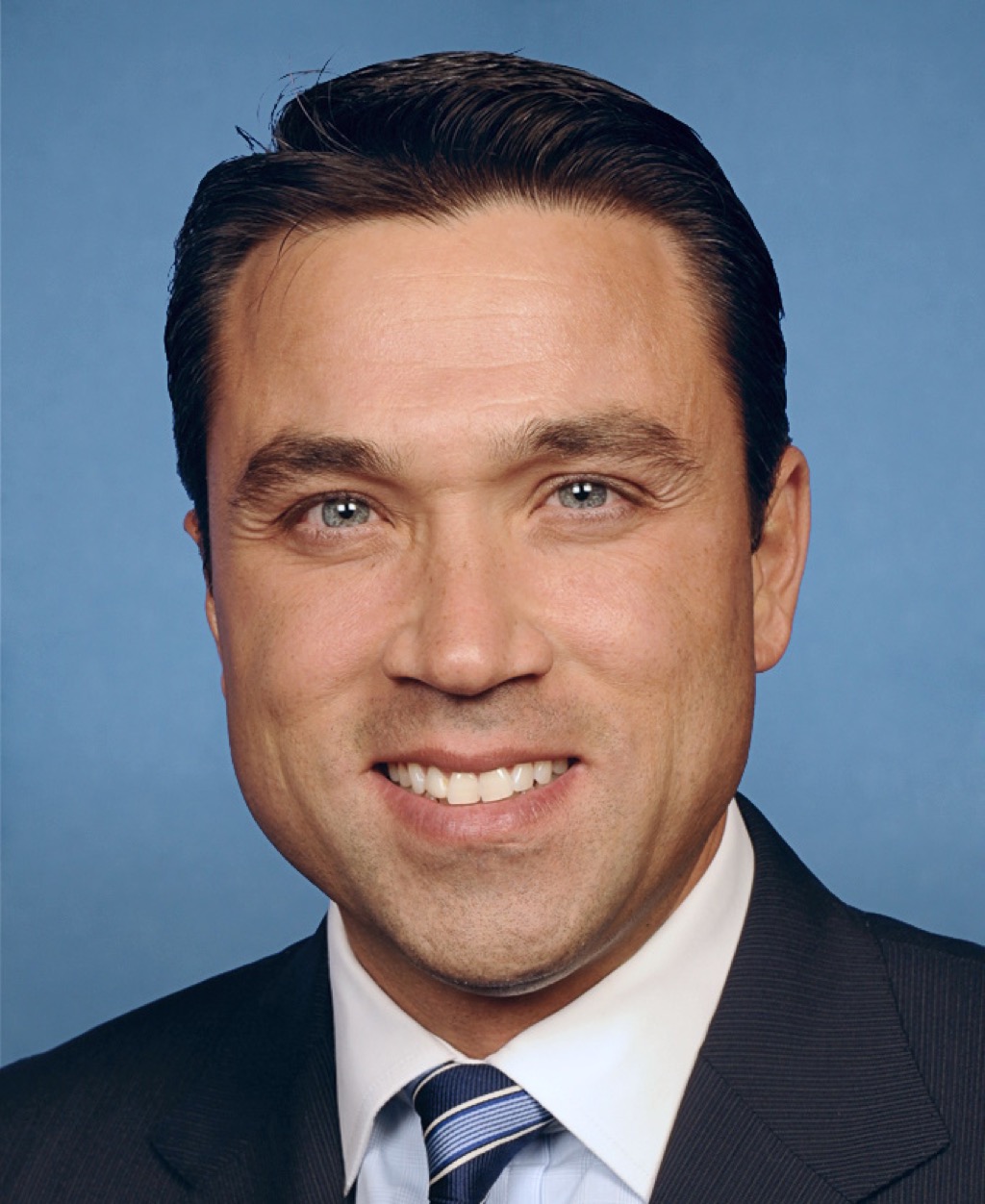 A NY1 reporter asked Grimm a question about campaign finance. Grimm completely lost his cool, threatened to toss the reporter off the balcony, saying, "I'll break you in half." Though this politician didn't technically lay hands on anyone, the idea of any politician pretending they're Dwayne "The Rock" Johnson is too hilarious not to include. Grimm resigned shortly after and subsequently served a sentence for tax evasion.