Beauty and Beast: The Ten Hottest SUVs Burning up the Road Right Now

What is it about SUVs that makes it the hottest automotive segment? In part, it's the marketing jargon that encourages us to refer to them as Sports Activity Vehicles, a name designed to recalibrate our idea of what an SUV can be. Think cool, outdoorsy dad rather than dorky soccer dad. Until recently, our primary reasons for buying them—utility and practicality—were no different than why our fathers liked station wagons (another arcane term banished from the automotive lexicon).

In fact, "Sport Utility Vehicle" has become a generic term that no longer applies to the majority of the segment, which are more accurately described as Crossovers. Crossovers are car-based unibody platforms that deliver superior drivability and handling over the body-on-frame pickup truck architecture typical of dinosaurs like Ford's Expedition and Toyota Land Cruiser. (Quick historical note: While the Range Rover and Jeep Cherokee are considered the original gentlemen SUVs, Ford is credited with realizing the potential of the market and capitalizing on it by enclosing its line of pickups to add more seats and amenities.)

We've come a long way, and the elastic definition of the segment means anything is possible. As enthusiasts, our choices constitute an embarrassment of riches, including new entries from Bentley, Maserati, and Jaguar, with Rolls and Lamborghini on deck. Together, they make a convincing case for dropping the "Utility" moniker, since the new generation have become reward cars, complete with stunning street presence and the industry's best engineering chops delivering physics-defying performance. No question, the SUV is king. And here are the ten best. And for more great cars that are sure to leave an impression, here are ten automotive equivalents of flipping the bird.

Billed as the fastest, most powerful SUV in the world, the Bentayga—named for a mythical mountain peak in Spain's Grand Canary Island) is currently King of the Hill. Clocking in at 600 horsepower, its monster V12 moves the 5,400 pound mass to 60mph in an astonishing 3.5 seconds, according to Car and Driver. MSRP starts at $231,825, with a multitude of delectible extras such as a $32,000 picnic hamper, complete with champagne flutes and fine flatware. But, of course. A special Breitling clock, available on only four Bentayga units a year, sets you back another $160,000. And so it goes. And boy, does it go. It's only a matter of time before this ends up in the garage of a celebrity who loves insanely fast cars. 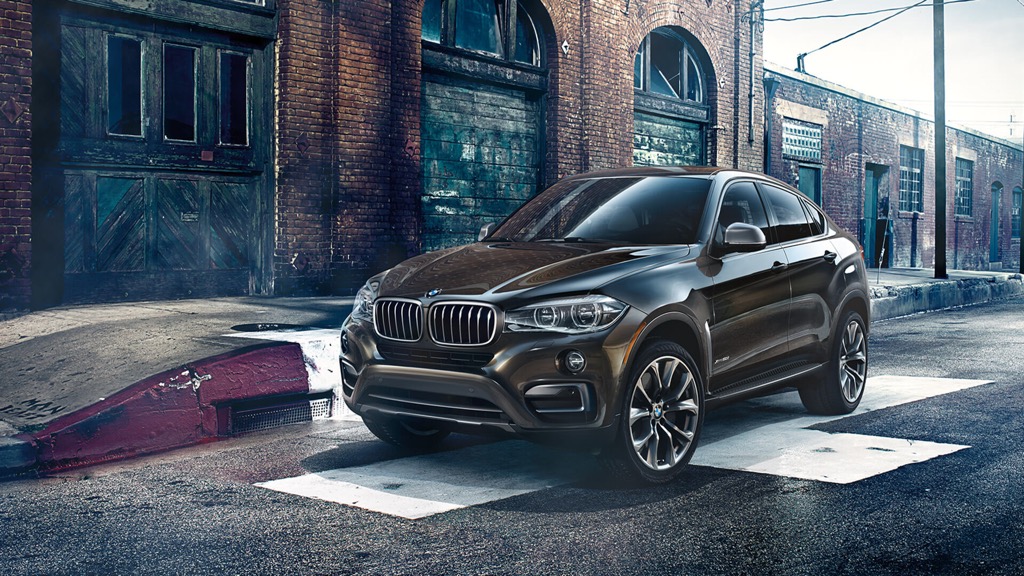 One of the first performance SAVs (BMW coined the term), it also originated the highly impractical, but cool, sport ute coupe body style, now widely imitated. More sports car than sport ute, with a performance-tuned suspension that defies the vehicle's mass and height. Nearly as fast as the Bentayga with naught to 60 in 3.7 secs delivered by a super-smooth 567-horsepower V8. Starting at around $105,000, you could almost call it a bargain. Speaking of beamers, here are the 10 best BMWs of all time. 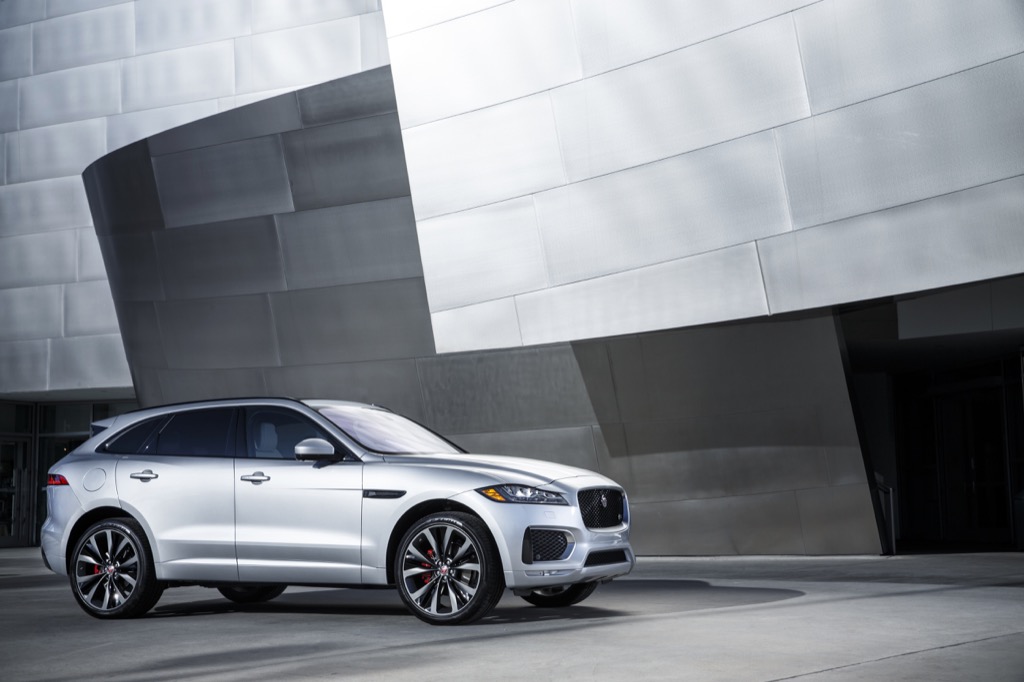 Of all the next-gen SUVs hitting the streets, the F-Pace is hands-down the most beautiful. Within a couple months of its launch, the F-Pace is outselling Jag's entire lineup. The big cat is back and she's a contender. $20k over the $48,000 base price buys you the supercharged S model. While not exactly a barn-burner by today's ridiculous standards, the premium V6 delivers a respectable 380 horses hoofing it to 0-60 in 5.5 seconds. Tight, composed handling make trips to the Home Depot a blast, and its refinement, practicality, and generous cargo space warrants the smug satisfaction of knowing you didn't fall for looks alone. 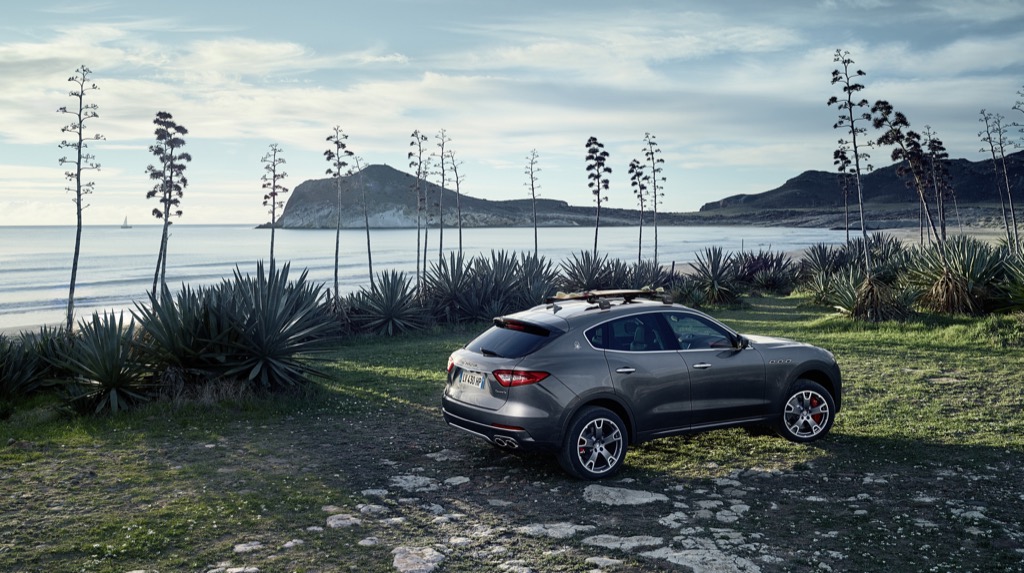 If Porsche Cayennes are too common where you live, the first-ever Maserati sport-ute might be just the ticket. A European heritage brand with distinctive styling and strong performance for under a hundred grand plants it in squarely in the sweet spot of the market. The all-wheel drive, eight-speed automatic is paired with a stout turbocharged 3.0-liter V6 that comes in two flavors. The base Levante Q4 gets a 345-horsepower powerplant while the bad boy Levante S ups it to 424 hp with 6,000 pounds towing capacity. Zero to sixty is 5.9 and 5.1 seconds, respectively. You'll be safe in this baby, too, especially if you follow the 10 rules that smart and careful drivers swear by. 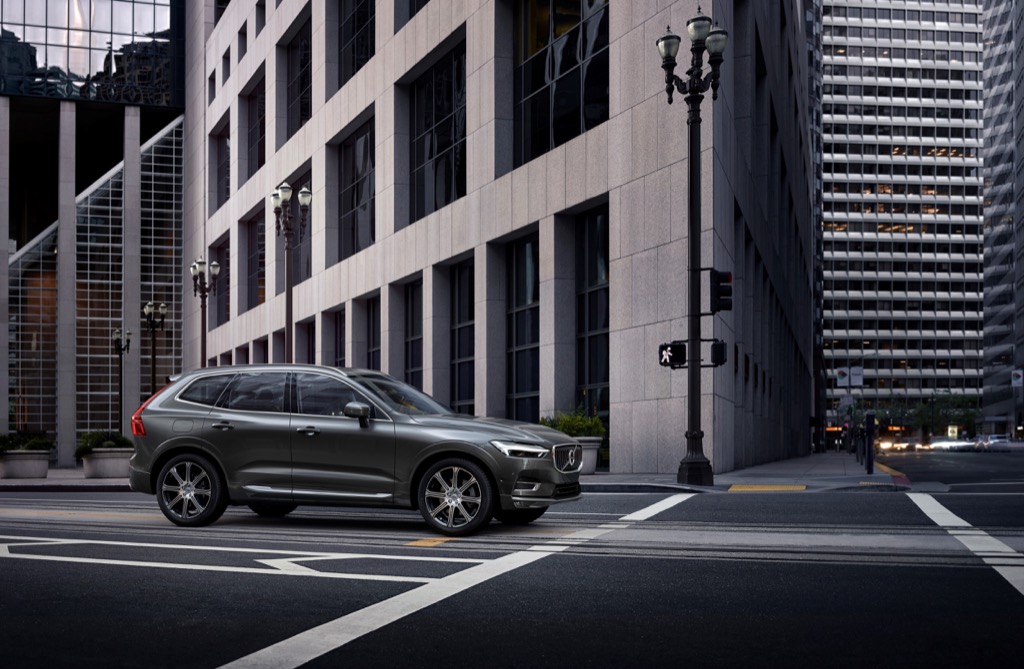 Get past the hoary Volvo stigma and you'll discover a reborn, energized brand that is turning heads with exquisite and thoughtfully crafted cars and SUVs. Staking out the middleground with understated refinement, it's the cerebral choice for those who prize efficiency, comfort, and safety, while rewarding your good taste. The XC90 works miracles with its teeny 2.0-liter four-cylinder, deploying turbo and supercharging to drive all four wheels through a modern eight-speed automatic. Three propulsion options include the turbocharged 250hp T5, the turbo- and supercharged 316-hp T6, and the whopping 400-hp electric-motor-assisted T8 plug-in hybrid. Available with two or three-row seating and a gorgeous, high-quality interior with state-of-the-art infotainment. A brilliant choice, prices start at $46,745 for the T5, on up to $72,795 for the top of the line T8. 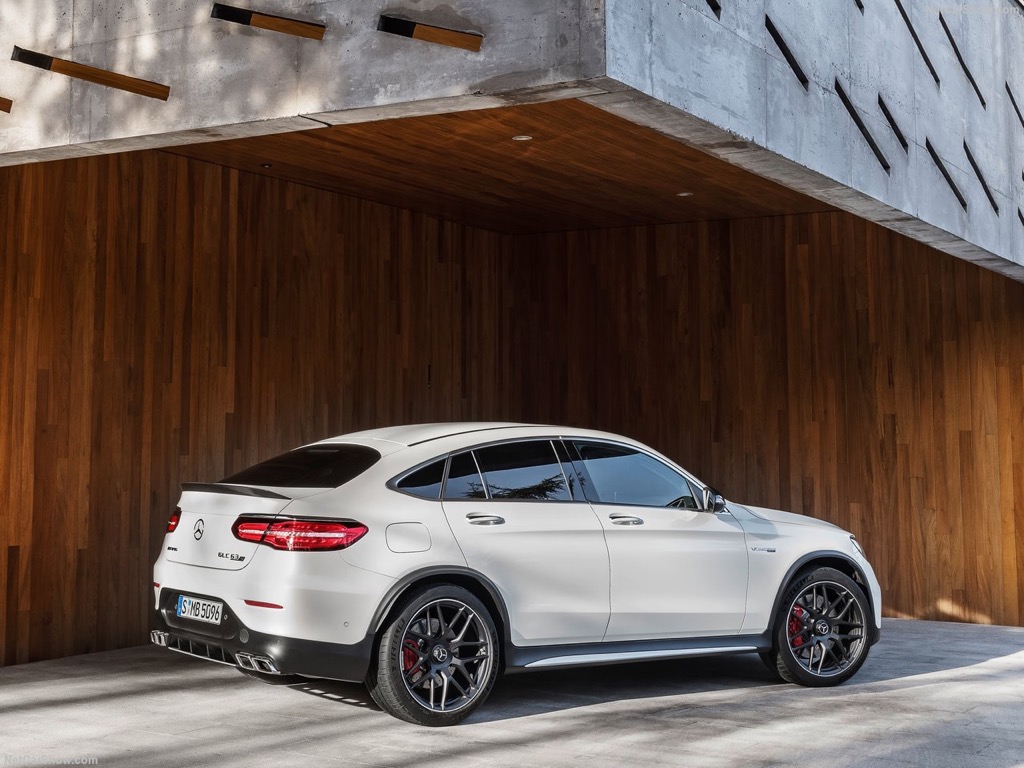 Due in early 2018, the AMG performance iteration of the GLC Coupe shapeshifts from a docile crossover into raging muscle car in the time-honored tradtion of cramming burly V8s into small packages. Aimed squarely at the BMW X6 M and the awesome new Alfa-Romeo Stelvio, the 63 S is all about bleeding-edge, unapologetic performance—and bragging rights. Equipped with the AMG Speedshift 9-speed transmission and Mercedes' 4Matic+ performance-tuned all-wheel-drive system with air-ride sport suspension and mechanical limited-slip differential, you'll be tempted to test its limits on track day. With 503 horses and zero to 60 in 3.7 seconds, you can idulge your inner hooligan. Price to be announced. For those who can't get enough of Mercedes', here are the 10 greatest Benzes ever. 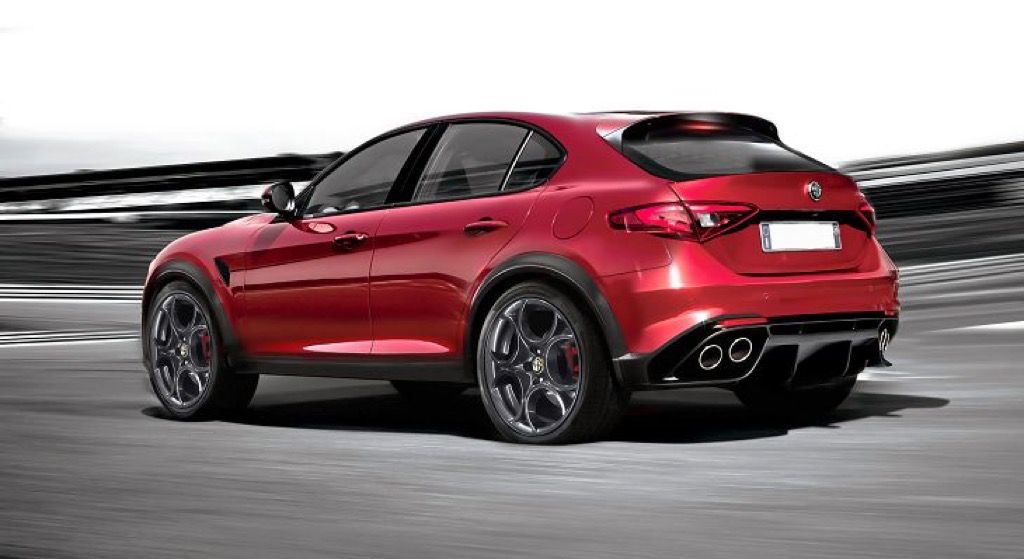 Named for one of the world's best driving roads, Italy's Stelvio Pass is a challenging tangle of mountain hairpin turns that peaks at over 9000 feet above sea level. A suitably lofty namesake for a car with ambitions big enough to take on America. The handsome, upmarket Stelvio gets its oomph from the same high-performance Ferrari-engineered 505-hp 2.9-liter turbocharged V-6 that debuted in the Alfa Guilia Quadrifoglio sedan, rocketing to 60 from a standstill in under 4 seconds. It features adaptive air suspension and extensive use of lightweight carbon fiber, magnesium, and aluminum, for perfect 50-50 weight distribution. Fiat Chrysler claims it's the fastest SUV to ever round the famous German Nurburgring circuit, considered the world's toughest track. Coming to our shores as a 2018 model, prices for the top of the line Stelvio are expected to be up around $70k. Alfa Romeo fans, you should also check out our list of the 10 awesomest Alfa Romeos of all time. 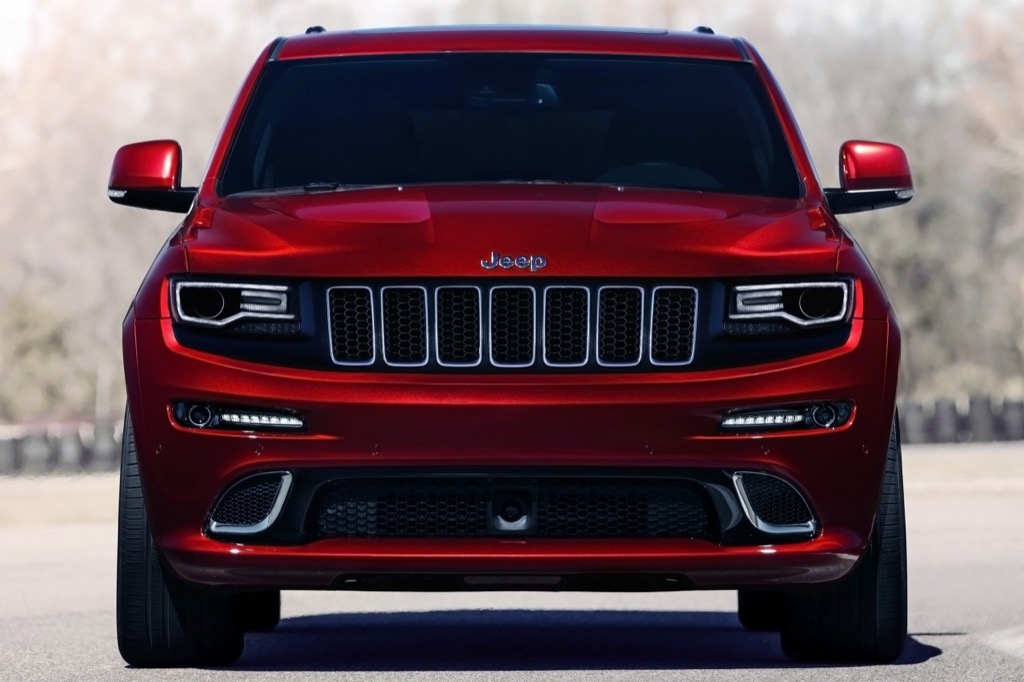 Despite closing in on the end of its product cycle, the Grand Cherokee, and the SRT in particular, remain contenders in the redhot SUV category. As evidenced by the show-stopping performance of the Dodge Hellcat and even crazier Demon, the SRT division has been a showcase for Chrysler engineering prowess, proving that physics can be overcome by sheer force of will. How else to explain sports-car-like grip and 160mph top speed in a 5,300 pound hulk? With its sonorous, old-school 6.4-liter, 475 horsepower V-8 Hemi, the GC SRT kicks ass and takes names. Equipped with an eight-speed automatic and all-wheel drive, launch control optimizes all relevant systems for maximum acceleration. Introduced in 2011, its brutish good looks have aged well. At over $78,000 it's expensive for a Jeep, but compares favorably with similarly equipped high-end European sport utes costing thousands more. Furthermore, if buying American is important, no other Detroit SUV can touch it. 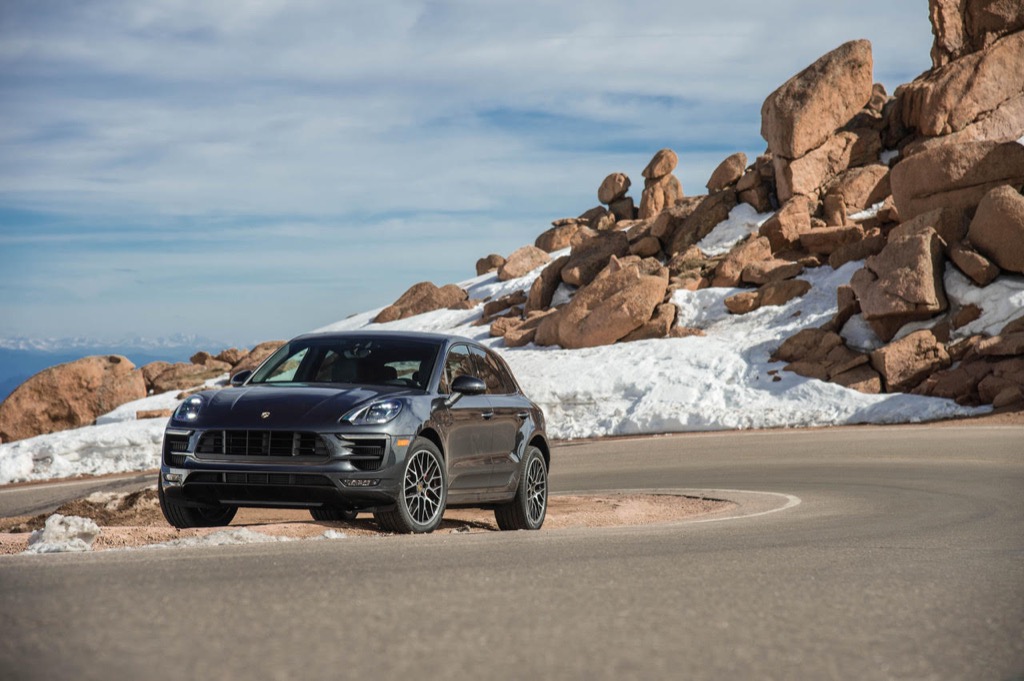 Good things come in small packages. Which is why Porsche's compact crossover has more in common with hot hatchbacks than spacious SUVs. Its brethren 400-horse Macan Turbo has faster straight-line speed, but the 360 horsepower GTS is more about sheer driving pleasure. Spring for the extra $1500 to get Porsche's torque-vectoring system, a marvel of enginnering that locks the rear differential and applies braking to the inside rear wheel during hard cornering. At a hefty 4000 pounds, it comports like a much lighter machine. Beautiful to covet, the Macan was named one of Car and Driver's 10 Best. But remember, it's all about driving. So if hauling cargo is a priority, look elsewhere. Thinking of it as a car, interior and cargo space are about average. That works. Starting at around $68,000, it's relatively affordable for a fine example of German precision. However, succumb to Porsche's dizzying array of options, be prepared to watch the price take off like a bullet. And if you want to check more gorgeous Porsche cars, here is our list of the 10 greatest Porsches of all time. 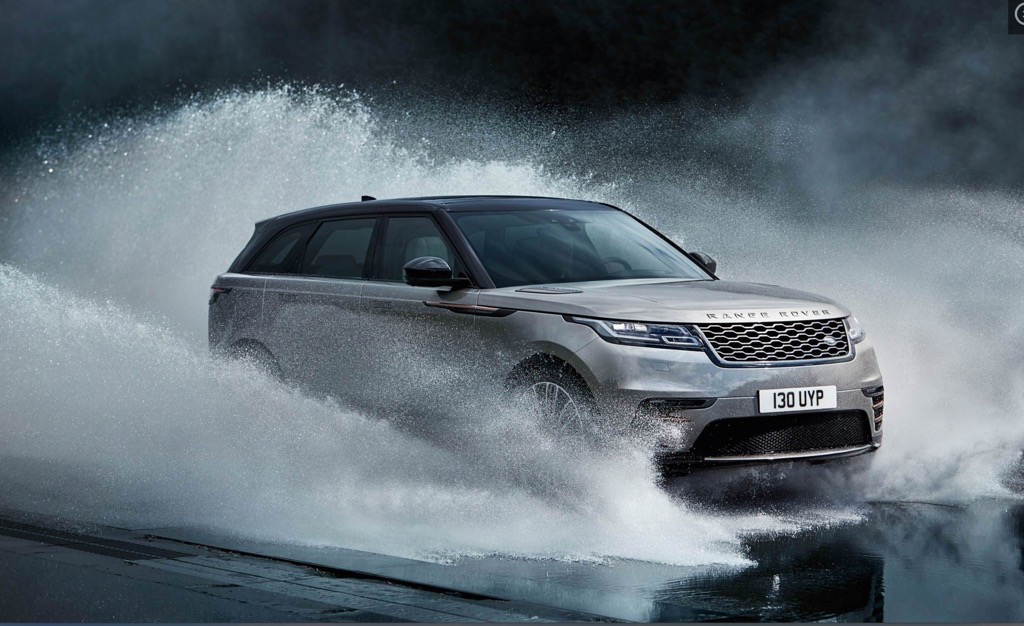 Arriving this summer, the sensational Velar is Range Rover's new mid-size SUV entry, filling the gap between the compact Evoque crossover and the full-size Range Rover Sport. Based on Jaguar Land Rover's lightweight aluminum platform that also underpins the F-Pace, the Velar slots in lineup as a refined gentleman's SUV. While as capable off-road as one would expect from a Range Rover, the emphasis is on stuff more typically associated with premium European luxury cars, like driving experience, ride quality, interior appointments, and the all-important infotainment (please, someone invent a better word!). Progessive thinking is evidenced by a seat upholstery alternative made from sustainable resources for buyers who'd prefer not to be swathed in animal hide. Power comes from a 247 horsepower turbocharged 2.0-liter inline-four; a supercharged 380 horsepower 3.0-liter V-6; and a 180 horsepower diesel, all with eight-speed automatic transmission and all-wheel drive. Expect straight-line performance in the 5.3-second zero-to-60 range for the top of the line V-6 engine. But hey, not everyone is addicted to speed. If looks are everthing, it's destined to be a stunner. Prices range from $50,000 to $78,000.