15 American Words That Are Offensive in Other Countries

Don't let a careless phrase land you in hot water.

Traveling abroad can be a life-changing experience. But those unfamiliar with the customs and linguistic intricacies of their temporarily-adopted home can quickly find themselves in hot water if they're not careful. What may seem like a clever turn of phrase or innocuous word back in the United States can come across as truly shocking to someone from another country.

So, which portions of the American lexicon are sure to earn you some serious side-eye if you travel abroad? The answers are more surprising than you'd think. Before you firmly lodge your foot in your mouth, commit to memory these words that are sure to offend—and leave them stateside for the duration of your travels. And for more perplexing American habits, check out these 30 Things Americans Do That Foreigners Think Are Super Weird.

While jingoism is about as American as apple pie, using the term "American" to refer to yourself overseas might earn you some ire. To the rest of the world—particularly those living in Central and South America—America is a region that encompasses multiple countries and two entire continents, not just a colloquial way of referring to the United States of America. And for more perplexing regional behavior, discover The Weirdest Summer Tradition in Every State.

In America, if you compliment someone on their pants, they'll likely thank you without a second thought. After all, what's offensive about hearing that someone else likes your outfit? However, if you're in Great Britain, doing so might get you some strange looks.ae0fcc31ae342fd3a1346ebb1f342fcb

So, what's so odd about complimenting someone's pants across the pond? Well, mostly that the term "pants" refers to someone's underwear. "Trousers," the word you're looking for, is the more common term for what covers a person's legs on the outside. 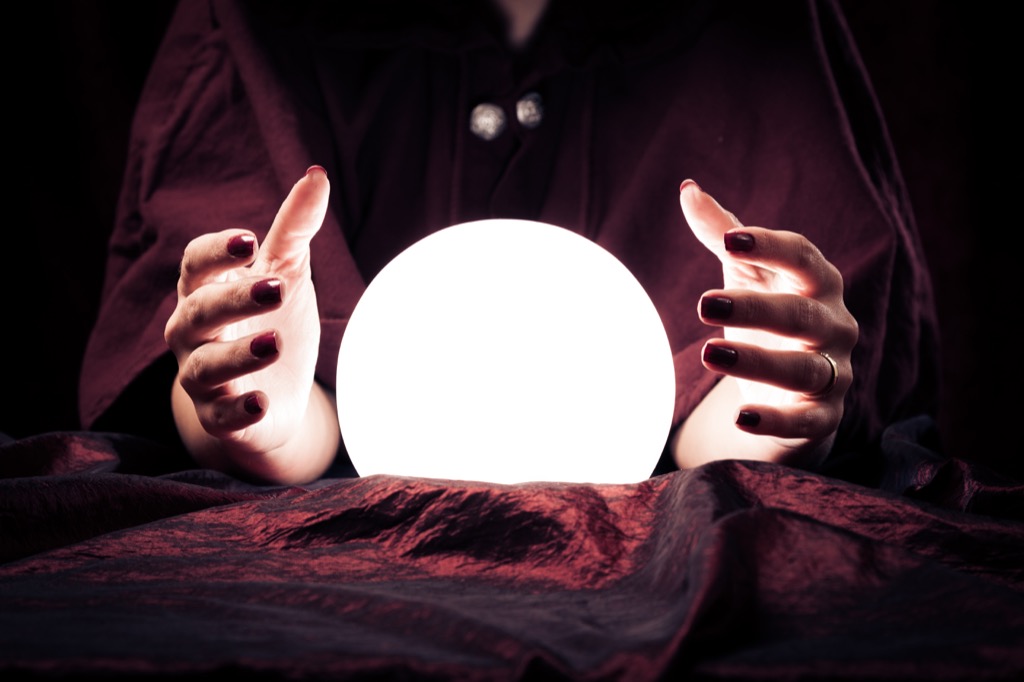 Stateside, "gypsy" is frequently used as a synonym for "free spirit," or as a means of describing someone who lives a nomadic lifestyle. If you use it in certain parts of Europe, it's a less welcome descriptor, as it's frequently used as a slur against Romanian migrants. It's increasingly being treated as such in the United States, as well, so it's probably best to nix this phrase whether at home or abroad. And if you've got an incurable case of wanderlust yourself, high-tail it to one of the 15 Best Under-the-Radar American Escapes.

Ask most Americans what the word "knob" means and they won't hesitate to tell you: it's simply the circular handle on a door. Ask someone from the United Kingdom, however, and you might get a few giggles or a full-body blush. In Britain, "knob" is slang for a man's genitals.

If you're referring to your anorak in the United States, you're probably just talking about your winter coat, or parka, as it's more often called these days. However, if you use the term in the United Kingdom, don't be surprised if you get some looks. Overseas, "anorak" happens to be slang for a geek, as well. And to fight back against the cold without veering into offensive territory, try out these 40 Amazing Accessories That Will Keep You Warmer All Winter. Throughout the United States, "frog" typically has a single meaning: a tiny amphibians that can jump and swim better than an Olympian. Using the word in certain parts of Europe may draw some stares, though: it's typically offensive slang for a French person.

Shag: in the United States, it's that kind of impossible-to-clean '70s carpeting your parents had in their rec room. In the United Kingdom, it's a bit more risqué: it's also slang for sex. 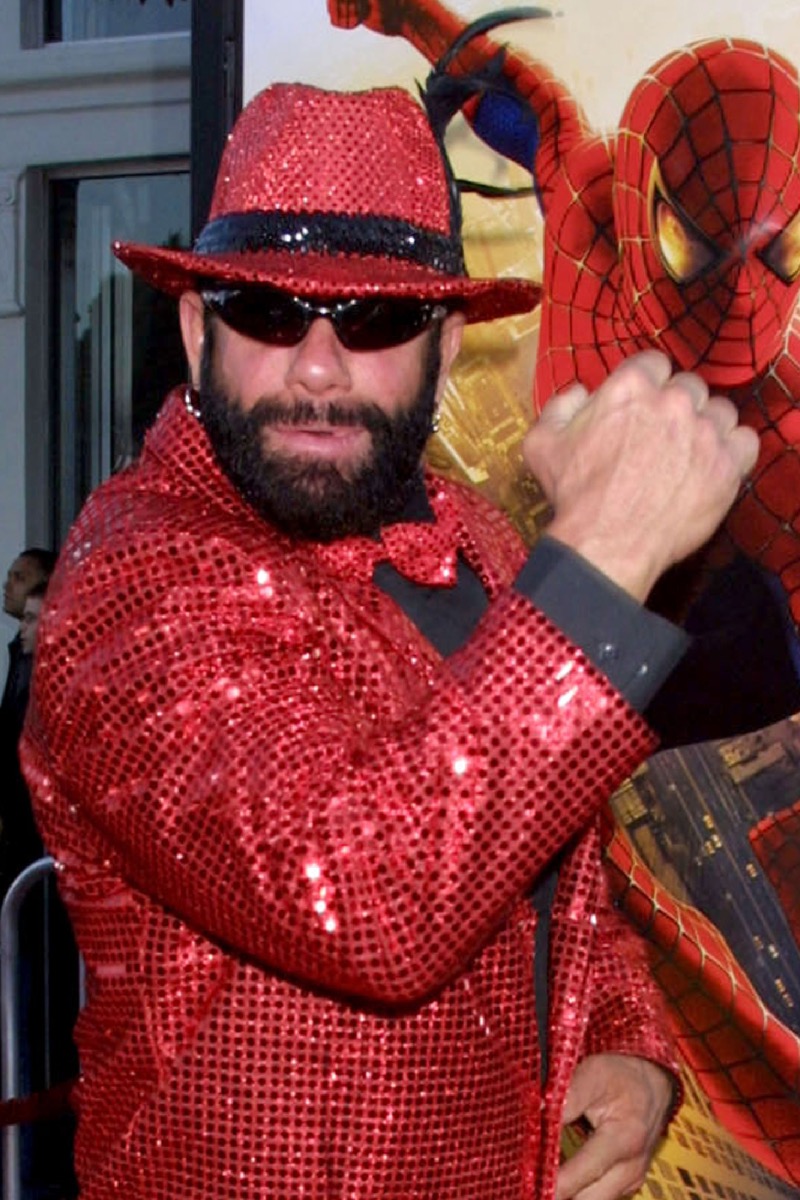 In the United States, Randy is a perfectly acceptable boy's name. Just ask wrestler Macho Man Randy Savage, singer Randy Newman, or former American Idol judge Randy Jackson. However, in the United Kingdom, it's a bit less common—primarily because it's also a synonym for being aroused. 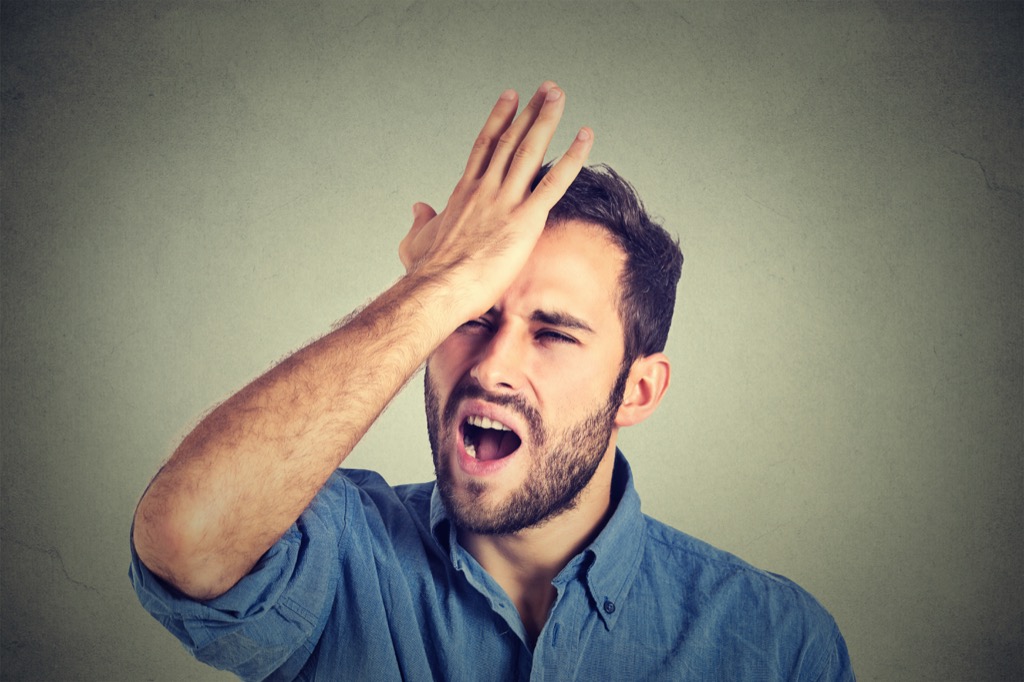 Getting bonked–or being on the receiving end of a whack to the head—in the United States usually merits the administration of an ice pack or a trip to the doctor. In British English, however, getting bonked just means you have to promise you'll text someone soon and maybe see a movie sometime, as it's synonymous with a roll in the hay. 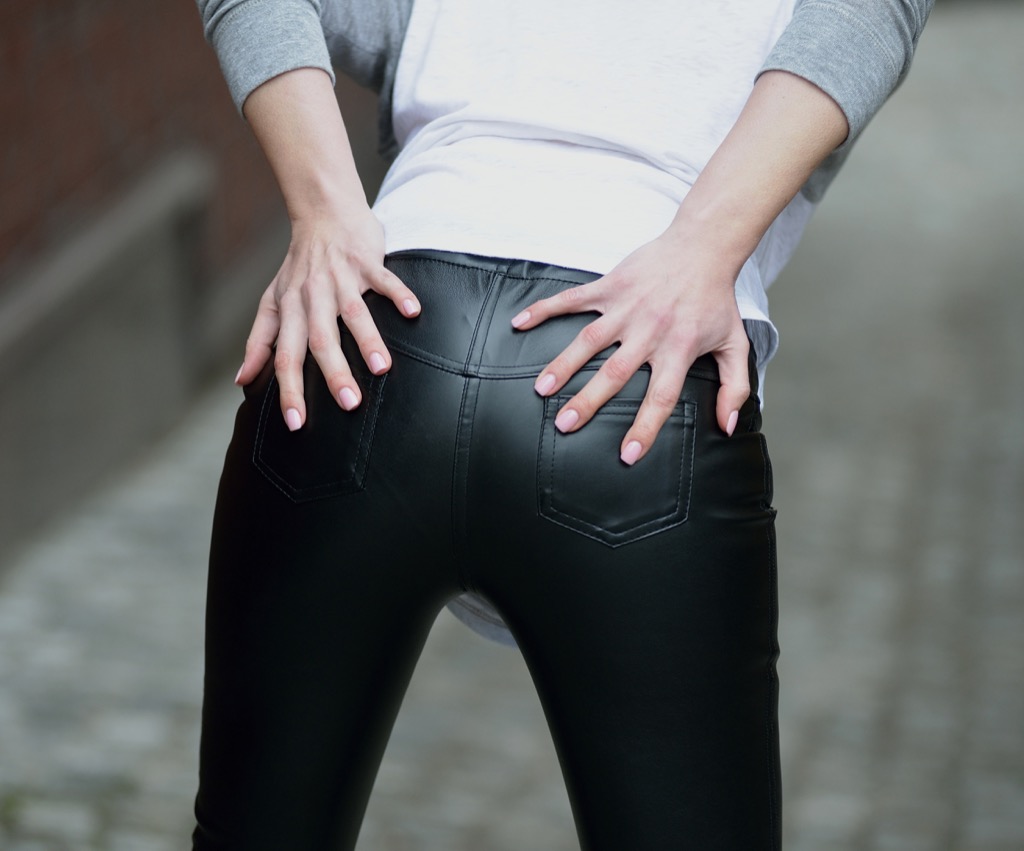 If you refer to that regrettable '80s accoutrement around your waist as a "fanny pack" in the United Kingdom, get ready to be on the receiving end of some uncomfortable giggles. While "fanny" is usually a term used to describe a person's posterior in the United States, overseas, it's a euphemism for female genitalia. If you want to avoid embarrassment, use the term "bum bag" instead.

What do Tom Brady, Baron Davis, and the captain of your high school lacrosse team have in common? To most Americans, they're all jocks. In England, however, the word "jock" has a more sinister meaning—it's often used as a pejorative for Scottish people. And for more from the athletic world, check out the 30 Ugliest Uniforms in the History of Sports.

That small suitcase you're trying to stuff in the overhead bin? If you're from the United States, you likely wouldn't think twice about using the term "carry on" to describe it. For those in England, the term is often used differently, namely as a means of describing flirtatious behavior or an affair. Example: "Kate and Dan are still carrying on, despite the fact that he just got married." And if you're worried about your own spouse's fidelity, know that This Is the Age When Women Are Most Likely to Cheat and This Is the Age When Men Are Most Likely to Cheat.

Using this '90s slang as a means of expressing approval may not go over well if you're overseas. In parts of Asia, "coolie" (or permutations thereof) is a term to refer to members of a laborer class, and is considered an ethnic slur by many.

Ask for a puff in the United States and you're probably hoping to get a drag off someone's cigarette. Ask for a puff in Germany, and you're in for the exploration of a completely different kind of vice, as the word is also a euphemism for brothel. And for more ways to avoid an international incident, make sure to acquaint yourself with The 30 Biggest Cultural Mistakes Americans Make Abroad.

Sarah Crow
Sarah Crow is a senior editor at Eat This, Not That!, where she focuses on celebrity news and health coverage. Read more
Filed Under
Language • Trivia
Read This Next
Latest News
Read This Next