If nothing else united us this year, these shows did.

There's no denying that Americans love television. According to the Bureau of Labor Statistics, adults in the U.S. watch an average of 2.8 hours of TV each day.

With hundreds of channels to watch and streaming services to sift through, it's rare these days that everyone you know is tuning in to the same thing. But it does happen.

There were moments in the 2017-2018 TV season where Americans were glued to the same celebrations of athletic prowess, on the edge of their seats together for a gripping police procedural, or collectively celebrating the return of a '90s favorite. Here are the 15 most-watched programs of the past TV season, on average, according to Nielsen. 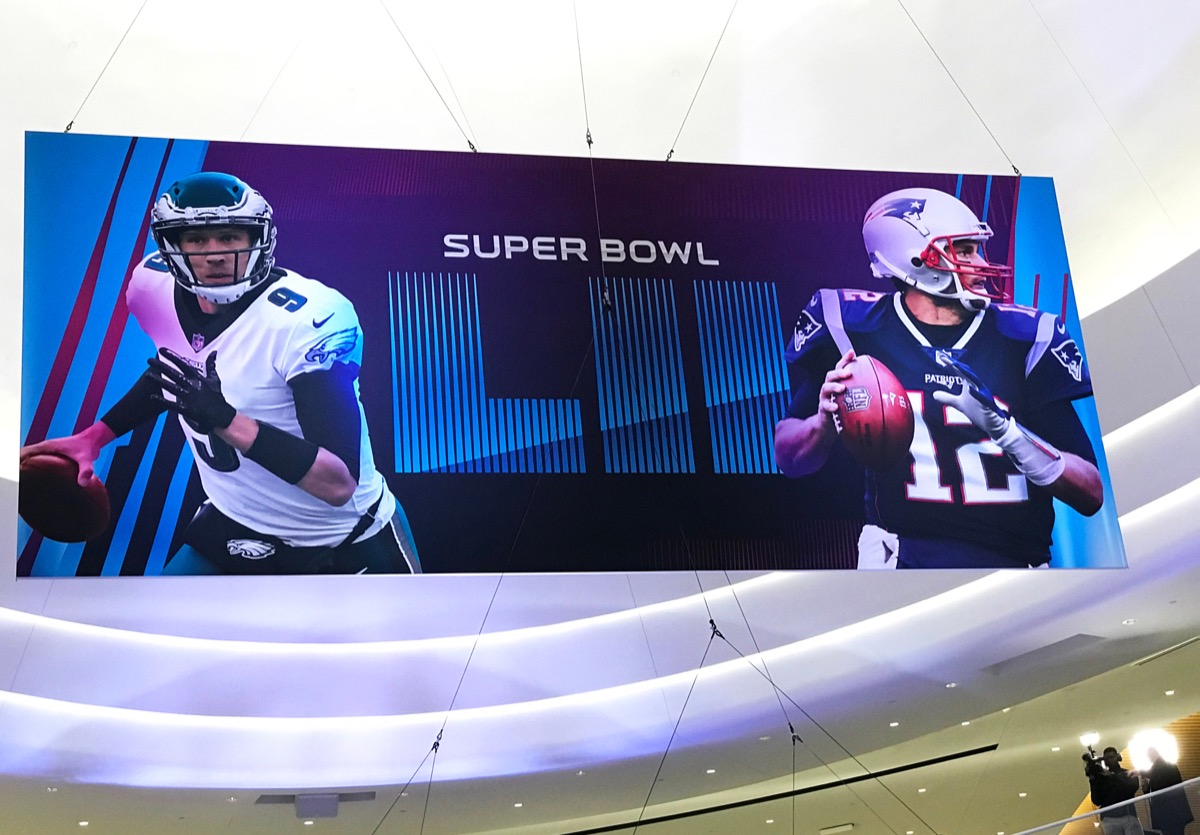 The single most-watched program of 2018 took place just weeks into the new year. On February 4, 103.4 million viewers tuned in to see the Philadelphia Eagles beat the New England Patriots, taking home their first Super Bowl victory since 1960. Who doesn't love a good underdog story, after all? 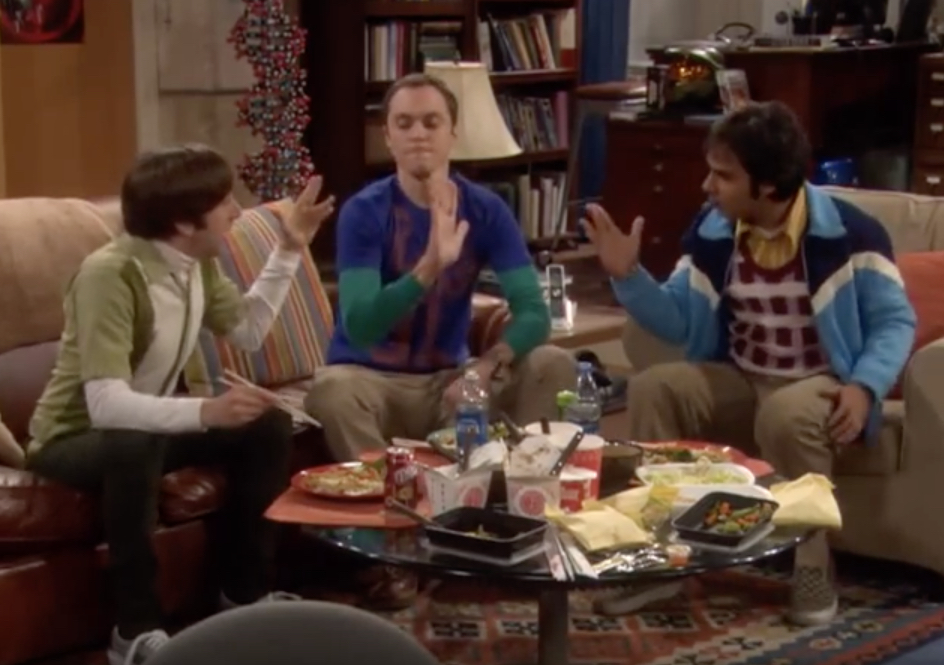 This year, The Big Bang Theory proved that its fanbase remained just as dedicated as it was when the show premiered more than 11 years ago. According to Nielsen data, the sitcom was the most-watched program of the 2017-2018 season after the Super Bowl, with an average of 18.634 million viewers tuning in. And while the show's numbers are certainly nothing to sneeze at, The Big Bang Theory was at its peak in its ninth season, when it averaged 20.36 million viewers.

The Super Bowl was hardly NBC's only ratings win this past football season. NBC NFL Sunday Night Football pulled in an average of 18.285 million viewers, making it the third most-watched program of the 2017-2018 season.

The much-anticipated Roseanne reboot scored outrageous viewership for ABC in March, averaging 17.815 million viewers per episode. But then, the show was canceled in May after Roseanne Barr likened President Obama's former senior advisor, Valerie Jarrett—an African-American woman—to an ape. However, Roseanne was once again rebooted, this time without Barr in tow, as The Conners. It premiered on October 16, bringing in 10.56 million viewers. 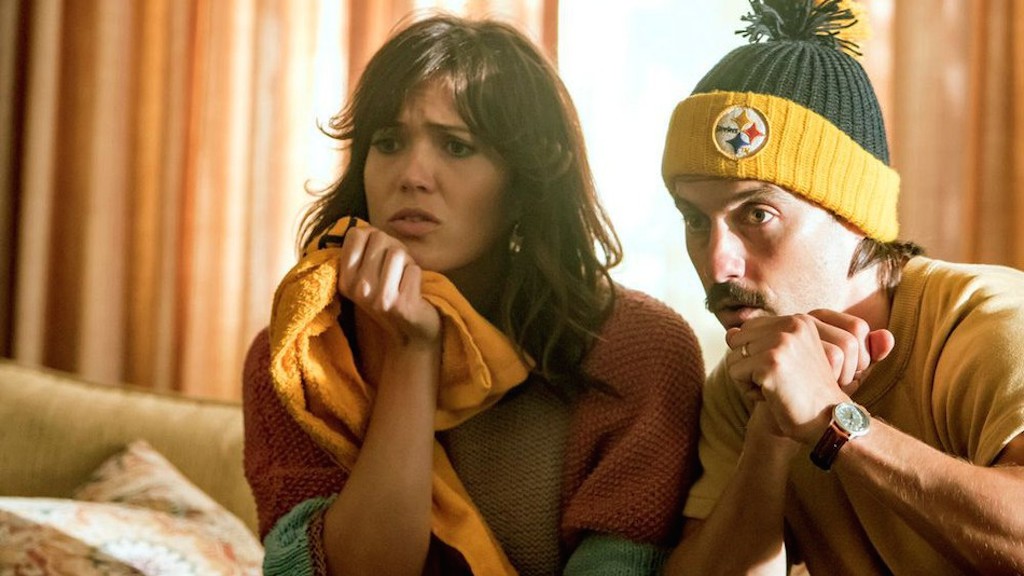 Despite the devastating Crock-Pot accident that left viewers in shock in the post-Super Bowl episode, This Is Us still managed to maintain its fanbase throughout its sophomore season. The NBC drama brought in an average of 17.44 million viewers. 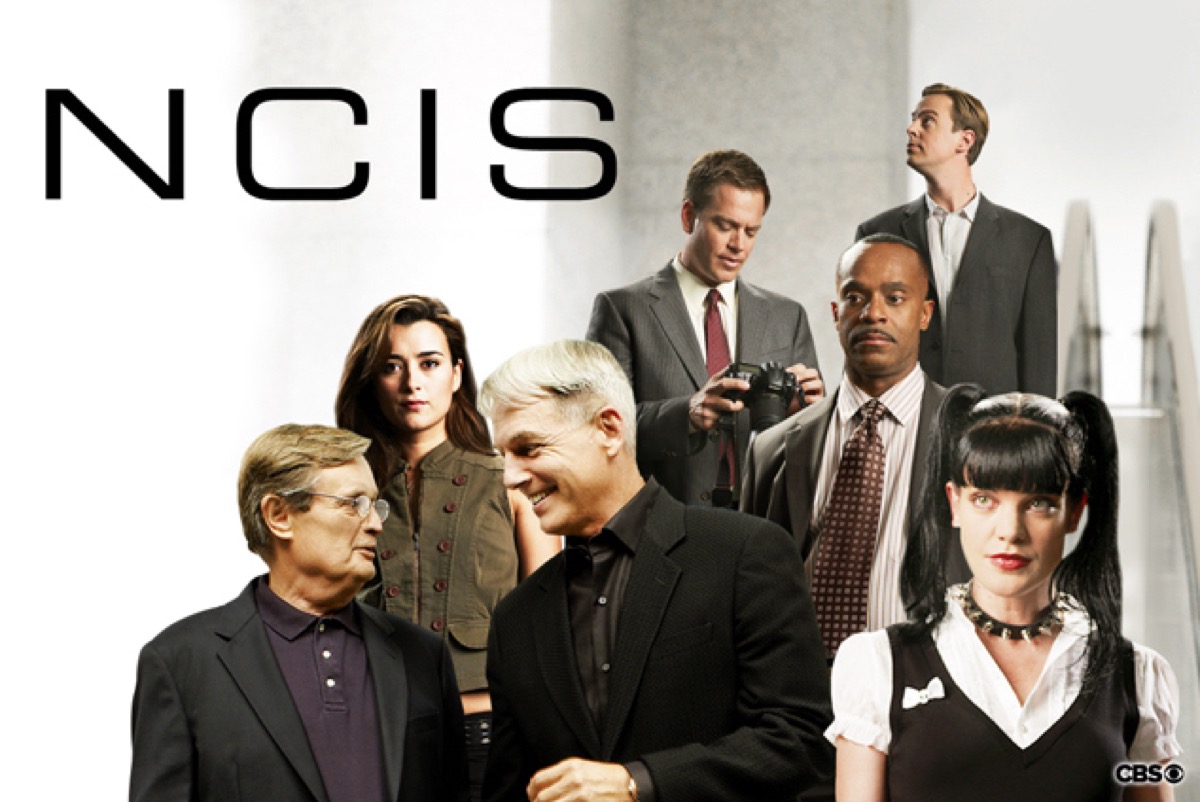 Never doubt the appeal of a police procedural. While it first hit the air more than 15 years ago, NCIS continues to be a ratings driver for CBS, averaging 16.7 million viewers during the 2017-2018 season.

The Big Bang Theory is so popular that audiences made the show's spinoff, Young Sheldon, the seventh most popular program of the 2017-2018 season. The show—which chronicles the life of one of The Big Bang Theory's protagonists, Sheldon Cooper, as a child growing up in the '80s—averaged 16.296 million viewers during its first season.

Hot off the success of Bates Motel, British star Freddie Highmore has yet another stateside hit on his hands with The Good Doctor. The show, which was adapted from a South Korean series of the same name, has become a major hit for ABC, with an average of 15.61 million viewers tuning in for its debut season.

Former NCIS star Michael Weatherly has managed to snag some impressive ratings in his latest role as the titular character in the CBS hit Bull. The show, loosely based on the early career of talk show host Dr. Phil McGraw, brought in an average of 14.37 million viewers during its second season.

CBS' football coverage earned the network some serious love this year. While Sunday Night Football outpaced its Thursday competitor by about 4 million viewers, CBS' Thursday showing still managed to nab an average of 14.23 million viewers during the season ending in 2018.

NBC scored yet another big sports hit this year with its pre-kickoff NBC NFL Sunday coverage. The program came in just below the network's Thursday football coverage in terms of ratings, scoring an average of 13.291 million viewers.ae0fcc31ae342fd3a1346ebb1f342fcb

After more than eight years on air, Blue Bloods fans are still showing the CBS drama plenty of love. During the show's eighth season, an average of 13.088 million viewers tuned in to watch Tom Selleck and Donnie Wahlberg on Friday nights.

NCIS got double the love from audiences this year, with both the original CBS hit and its spinoff, NCIS: New Orleans, bringing in big numbers. The latter, which premiered in 2014, was still going strong in its fourth season ending in 2018, with an average of 12.228 million viewers tuning in.

The Voice is still holding strong among a sea of scripted shows and football. The NBC hit's fourteenth season had an average of 11.85 million viewers per episode and eventually crowned 15-year-old singer Brynn Cartelli the victor. For more exciting small screen moments, check out the 30 Most Shocking Things That Have Ever Happened on Live TV.

Sarah Crow
Sarah Crow is a senior editor at Eat This, Not That!, where she focuses on celebrity news and health coverage. Read more
Filed Under
TV
Read This Next
Latest News
Read This Next