Because every morning can be a good morning

I used to look at morning people with awe. My father left the house at 5:00 a.m. every morning without so much as batting an eyelash. My best friend woke up at 7:00 a.m. with the energy of a golden retriever puppy. Even my uncle would tell me how he'd leave the house at 4:00 a.m. to beat the Los Angeles traffic—only to sit in a Starbucks for three hours until his office opened. Until recently, I thought they were all out of their minds.

Then it happened to me. It started with the realization that the gym was a lot less crowded at 7:00 a.m. And once I started getting there then, I realized it was even less crowded at 6:00 a.m. As I set my alarm earlier and earlier, it hit me: I was a morning person now.

With that in mind, I started relishing the early morning hours; the tranquility they brought me and the peace I felt. Still, I know from experience that mornings aren't for everyone. So to help all you night owls understand what it's like to rise with the sun, I rounded up a few fellow early birds to give you the scoop.

1
We've seen our cities in an entirely different light—literally. 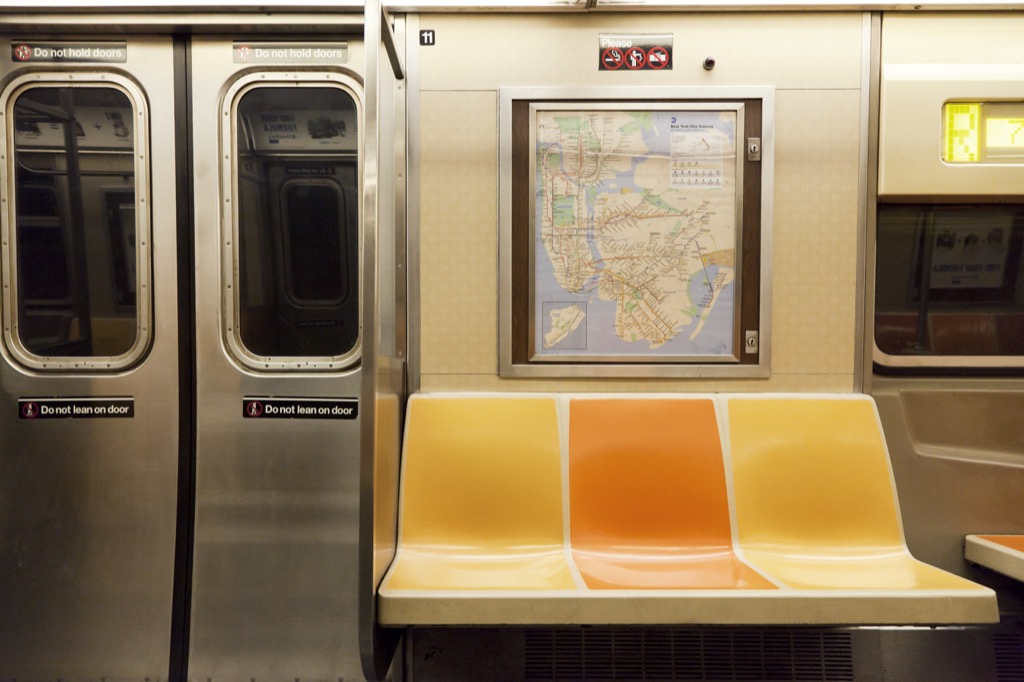 If you've never left home before dark, you might not realize just how quiet your city can get when there's no heavy traffic or hurried commuters. For Emily Corona, a program manager in New York City, it's one of the main reasons she sets her alarm so early. "New York's best hours are early in the morning," she says. "Generally no one is blaring their music or screaming at 6 a.m."

This fellow New Yorker agrees: You haven't truly experienced the city unless you've watched it wake up. Plus, a sunrise jog or walk around the block is never a bad idea.

If you do hit the streets in the wee morning hours, don't be surprised to get a few nods of solidarity. Us morning people are friendly folk, and when we pass each other on the sidewalk we like to give a smile. After all, waking up is tough, and anyone who does it deserves to be acknowledged. It's like a Jeep wave for people who go to sleep at 10 p.m.

3
We're not as hooked on caffeine as you might think.

Most morning people I know are fairly averse to caffeine in general—or at the very least, they're not reaching for a cup of java as soon as they hop out of bed. "I usually have tea in the morning, but it's not every morning and it's often a low-caffeine tea," says Best Life staffer and self-admitted morning person Morgan Greenwald. "I find that following a consistent schedule and waking up at the same time every day is enough to energize me.

4
Our workouts are a lot less stressful. 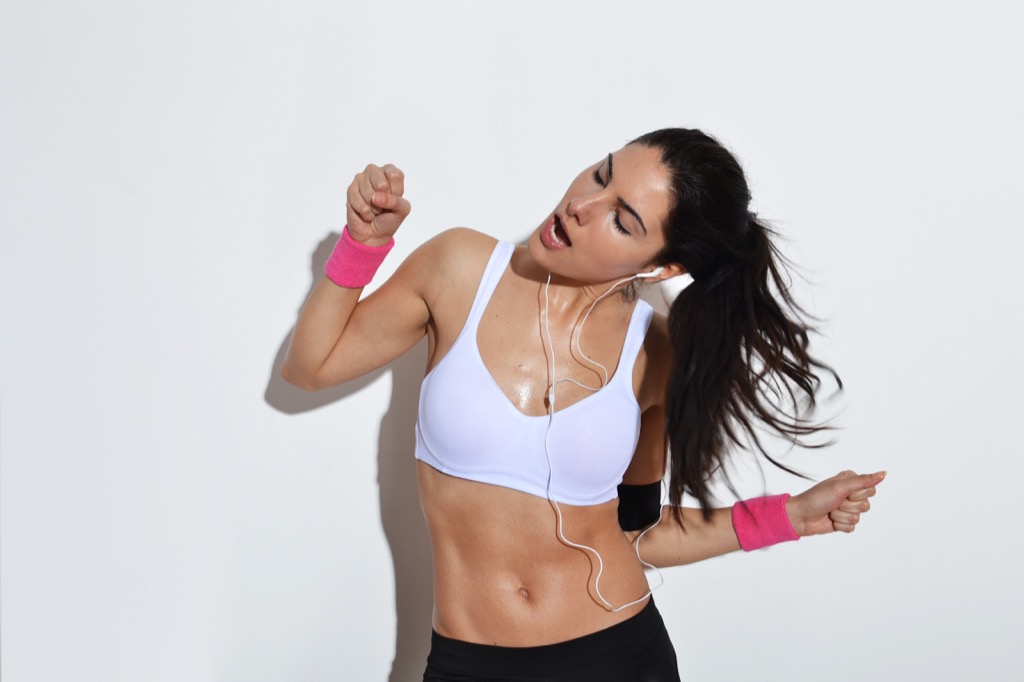 If you live in a crowded city, you know that booking a high-demand workout class is easier said than done. Not so for us morning people. Book the 6:00 a.m. class and you'll be breaking a sweat alone. Wait until 7:00 a.m. and you'll be packed in with a bunch of other "morning people" who didn't fully commit.

5
Our partners sometimes get irked.

No one likes being woken up before the bell. But if you're dating or married to a morning person, it's going to happen at some point. And by "some point," I mean every day. No matter how hard we try to not blast our partner's faces with the light from our phones or pepper them with questions about our plans for the day, we're not always successful. My best advice is to not engage.

6
We've all got our hacks for getting out of bed.

From setting the coffee-maker in advance to leaving the blinds open before bed, most morning people have a wake-up trick. Deanna Tomaselli, a public relations specialist in Pittsburgh, makes an obligation she's required to keep. "I work out a lot of mornings so if I sign up for a class, I have to be there (plus they charge you for not showing up, so that's motivation enough)."

7
We set some parameters on breakfast. 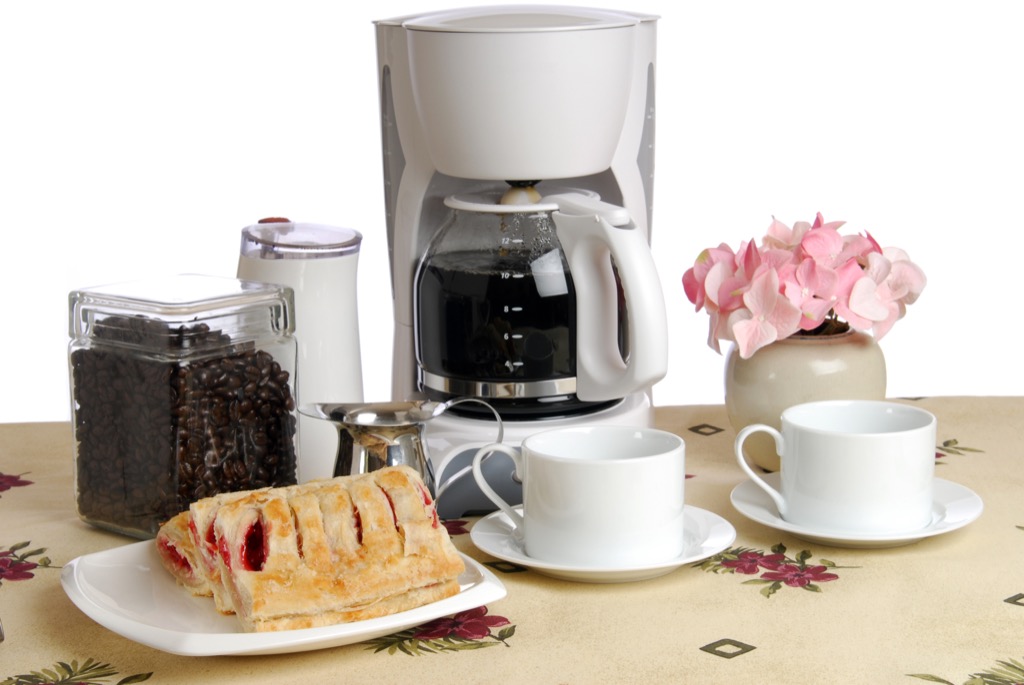 "I try not to eat breakfast until 9:00 a.m.," says Sonia Sherman, an advertising specialist in New York who wakes up around 5:30 a.m. "I noticed that if I ate too early I'd be hungry for lunch by 10:00 a.m." After waiting until noon or so, she finds that her schedule gets back on track and she can make it through the afternoon without getting hungry or tired.

8
Our commutes are a lot less terrible.

To no one's surprise, the earlier you leave for work, the easier the commute. And even if you don't leave as soon as you wake up, you'll be better conditioned to deal with the madness. "I usually still commute during rush hour," says Sherman. "But since I've already been awake for three hours and enjoyed my quiet time, it's a lot easier to handle."

9
Snacking can be a major issue.

"I eat breakfast around 7:00 a.m. so waiting until noon for lunch can be torture," says Greenwald. "By 11:00 a.m., I usually start snacking like crazy." Drinking water can help, she says, but sometimes it's easier to accept that the earlier you rise the earlier you'll get hungry.

10
We're way more productive as soon as we wake up. 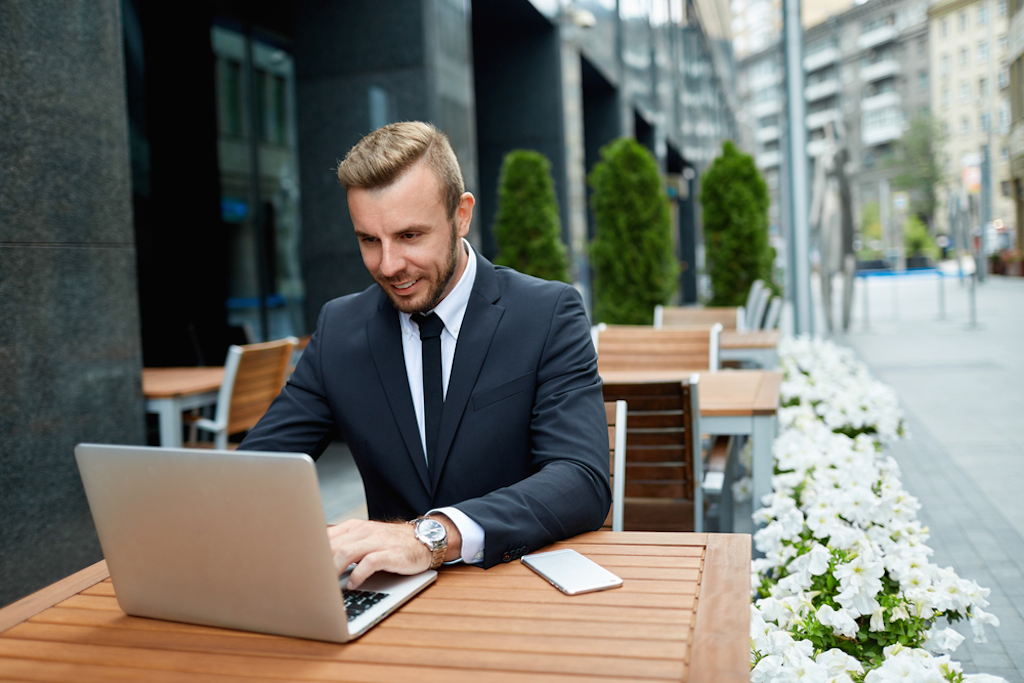 Countless morning people swear that they do their best work while the rest of the population sleeps. "The killer of persistence is fatigue and frustration," Robert Carter, PhD, a long-time morning person and author of The Morning Mind, told Fast Company. "Early risers are less fatigued, less irritable, and have less frustration (than their night owl counterparts)."

Don't take it personally if your early rising pal doesn't want to meet for a late-night dinner. "Being a morning person can often mean that evenings are more difficult for us," says Rachel Lutz, a morning person from Tauranga, New Zealand. "By evening my brain is likely to be ready for bed. I've learned instead of fighting this and waking up cranky, I should just go to bed."

13
It's better to rip off the proverbial band-aid.

When it comes to waking up early, getting up fast is far easier than taking your time. "The second my watch alarm goes off, I grab my phone and turn it up to full brightness," says Lydia Noyes, a health, wellness, and lifestyle expert for HighYa.com. "The glare is blinding and not necessarily a pleasant introduction to the new day, but that blue light does the trick of waking me up."

14
We know that the early bird truly does get the worm.

The most committed morning people are up and at 'em on the weekend, too. Come noon, we've already done our laundry (without a wait at the laundromat), bought our groceries (without having to fight people for the last box of pasta), and gone to the gym (without having to use the treadmill because all the ellipticals are full).

15
We think we're better than you.

You might have suspected this. No matter how much the morning person in your life "complains" about how sore they are from the gym this morning or how hungry they are for a snack at 9:00 a.m., they're harboring a dirty little secret: They think they're better than you. And you know what? Let them. You're the one who got to sleep in this morning. And for more on how to make the most out of your mornings, check out 17 Things Happy People Do Every Morning.