23 Features on Your Clothes With a Surprising Purpose

Who said fashion can't be functional?

Your clothing has the ability to simultaneously protect you from the elements and allows you to demonstrate a personal style and story. And, while you may appreciate what your wardrobe stands for and what can do for you, know this: it can do so much more.

For those of you who may have never taken more than a moment to realize all that your clothing does for you—all the secret mechanisms hidden away in your shirts and pants and jackets—we've uncovered the hidden purposes of everyday wardrobe items. You'll never look at your threads the same way again.

1
Rivets on your jeans.

As it turns out, those studs on your jeans aren't just for decoration. In the late 1800s, day laborers wore jeans as they worked, creating the need for extra reinforcement in the areas most prone to breakage. Now, this added feature ensures that your jeans can put up with added amounts of wear and tear. Just imagine how frequently you'd run to The Gap if these rivets didn't exist.

2
The pocket in women's underwear is for added comfort.

While men's underwear is reinforced with two layers of fabric, women's underwear are made to be thinner, with a small pocket of material in the middle. This difference in design caters to the more delicate nature of women's skin, which wouldn't fare well against the rougher texture of men's underwear.

3
Left-sided shirt buttons make it easier for women to breastfeed.

While there are many theories circulating as to why women's shirts contain buttons on the left side rather than the right side as it is for men's shirts, most style scholars and fashion aficionados agree that the real purpose of this button alignment is to make it easier for women to unbutton their shirts in order to breastfeed.

According to Southern Living Magazine, with the buttons on the left side, women would easily be able to use their free hand to unbutton their shirt. Since most of the population is right-handed—meaning that's the hand they'll hold a baby in—that means the left is best used for unbuttoning a shirt.

4
Stitched-up pockets are meant to be undone.

Similar to the stitches at the end of blazer and jacket seams, the stitches in pockets are actually meant to be let out in order to reveal pockets. So, the next time you groan upon discovering stitched up pockets on a new pair of jeans, you may be able to rip a few seams in order to find the hidden pockets you desire.

5
Triangles sewn into sweatshirts are meant to absorb sweat. 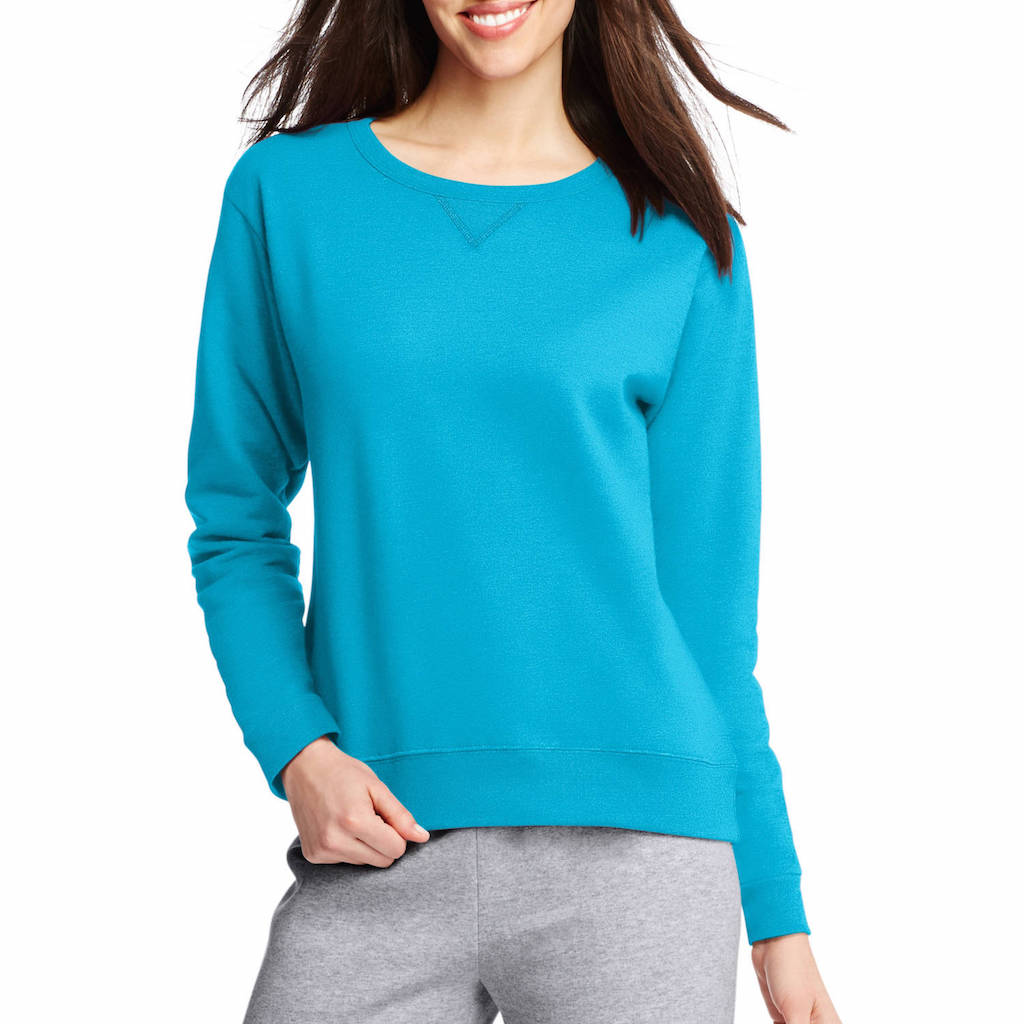 This triangle sewn into sweatshirts is actually made from a piece of ribbed cotton jersey or material commonly found in waistbands, which, when stitched into the sweatshirt, can actually absorb around the neck and chest. Though, since it was invented in the 1920s, many sweatshirts only feature the stitch, and not the specific material.

6
Zippers are made to be fail-safe.

Invented in 1913, the zipper provides an easier, more durable way to fasten the clothes we wear. For added durability, the end of the zipper, called the pull tab, is designed for users to be able to realign the zipper if broken.

7
Top and bottom buttonholes face another direction for strength.

Since the top and bottom buttons on dress shirts are the most likely to come unfastened, designers make the buttonholes horizontal rather than vertical, in order to ensure that they'll stay in place.

8
The bottom button is reinforced with more thread.

Further, to enhance the strength of the bottom button, you might have noticed that some designers reinforce the buttonhole with an extra, colored thread.

9
Heels were first designed for men to ride horses.

10
Dr. Martens are made… for comfort? 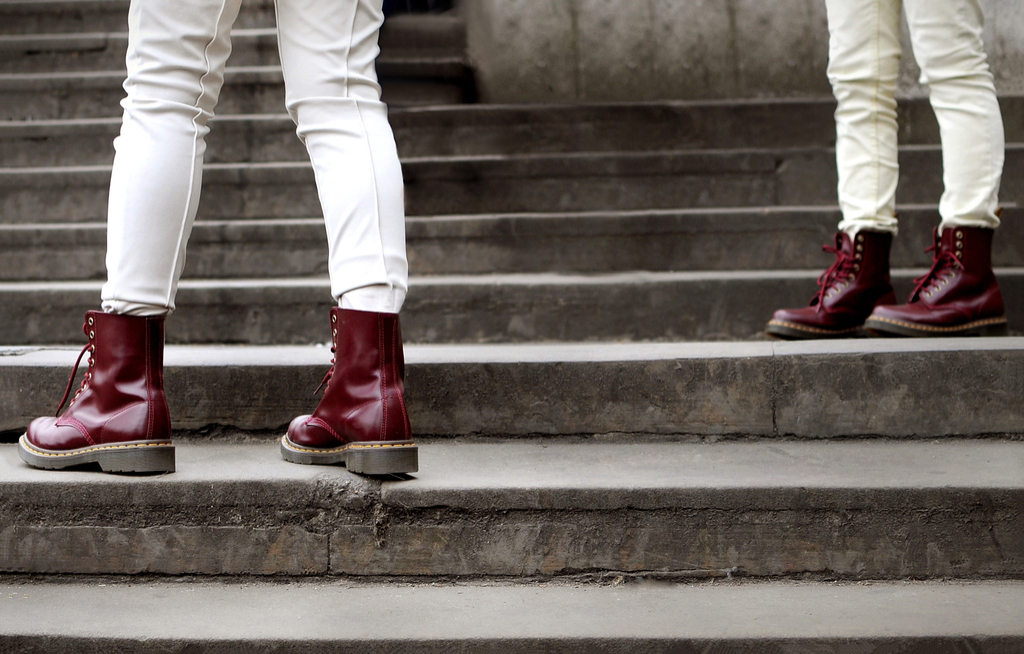 Before Dr. Martens were worn as a fashion statement, they were made famous after World War II by German army doctor Klaus Märtens as a more comfortable option among soldier's footwear. This comfortable option is due to the "air-padded soles" that provide more support and comfort to those who were inclined to spend more time on their feet, like soldiers and laborers.

11
The small pockets in jeans were made for pocket watches.

Levi's jeans were first designed for gold miners and farmers in the 19th century, featuring a smaller pocket for them to keep their pocket watch, as their previous home, tucked inside the pocket of a waistcoat, often led to the shattering of their face. This new invention kept their pocket watches, which were a popular accessory at the time, safe and secure.

12
Modern wristwatches were first designed for men in World War I.

Again, the delicacy and impracticality of the pocket watch stood no chance against the action seen by men in World War I. While the first wristwatch was actually crafted in 1868 for Countess Koscowicz of Hungary, wristwatches were soon being created in bulk by designers like Cartier, who saw the need for military leaders to be able to coordinate attacks and remain informed in the most effortless way possible, according to the New York Times.

13
They actually make bras that double as gas masks.

Providing more than just essential support for your body, The Emergency Bra (EBbra) also doubles as a gas mask. When facing natural disasters or accidents, The Emergency Bra can be quickly taken off and transformed into two respiratory face masks.

14
Pom pom hats are designed to protect your head.

While the first to wear these hats with pom poms were the Vikings, sailors later added these hats to their wardrobe as an added cushion to prevent them from hitting their heads on the ship's rafters during particular turbulent sections of the sea.

15
The diamonds on backpacks are designed for adventurers. 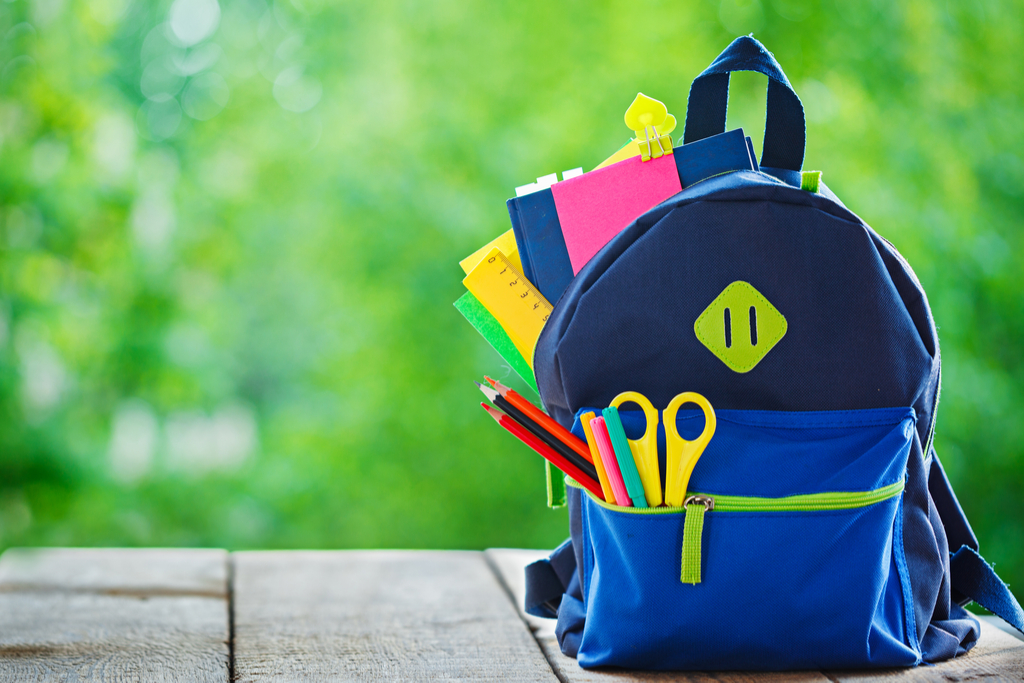 Aside from providing a stylish focal point, the diamonds stitched on to certain backpacks are actually installed as a place for rock climbers and adventurers to weave their ropes and tennis shoes on to.

16
The loop on the back of dress shirts is more practical than fashionable.

In case you've never taken advantage of this added feature on the back of your dress shirt, we'll clue you in now: it's actually meant as an alternative place to hang up your shirt. In fact, this loop was invented by Ivy League college students, who, in the 1960s, appealed to the Gant company to make these loops that allowed them to hang up their shirts while in the locker room to avoid wrinkles.

17
The extra eyelets on sneakers are designed for ankle support. 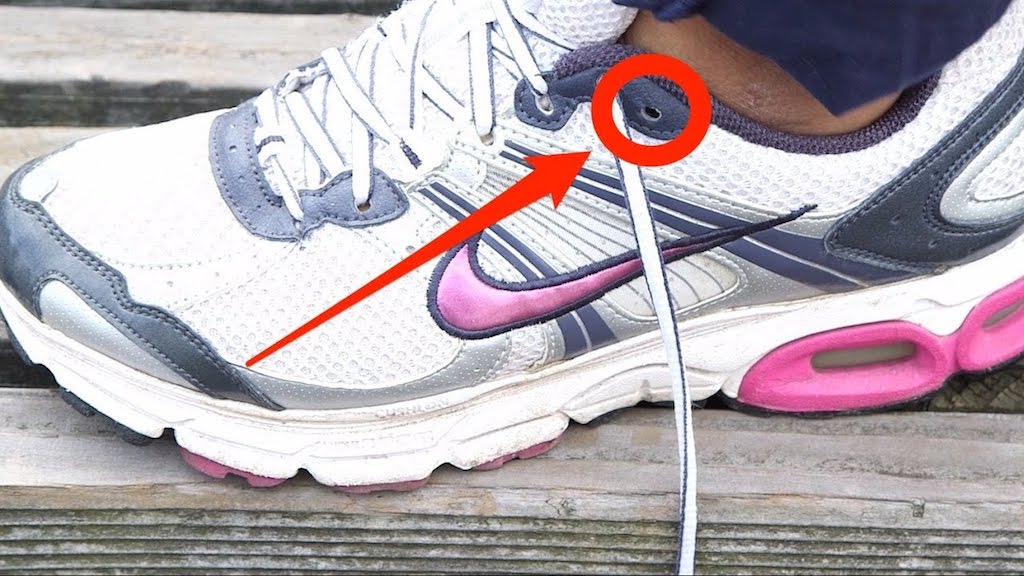 The makers of sneakers, in order to ensure that every athlete could rely on durable, snug-fitting shoes that served them well for every adventure, installed a secret eyelet at the top of the sneaker to create a "heel lock." This method actually works to prevent heel slippage while running and walking up or down outdoor surfaces.

18
The crease in your trousers is a trend influenced by the past. 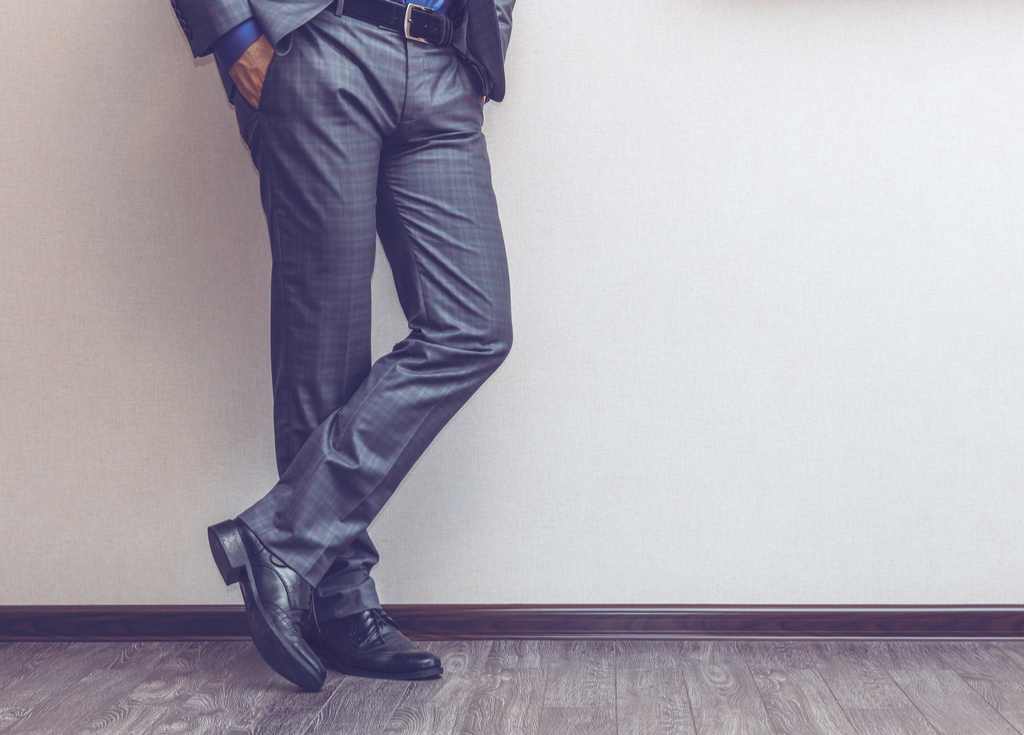 That crease in your trousers isn't there by accident—in fact, this crease trend was started by King George in the 1920s, as he made a point to switch this indentation in his trousers from the front to the sides. As it turns out, this subtle fashion statement influenced an entirely new way packaging and wearing a stylish mainstay.ae0fcc31ae342fd3a1346ebb1f342fcb

19
Women's clothing is made of a thinner material to make it easier to layer. 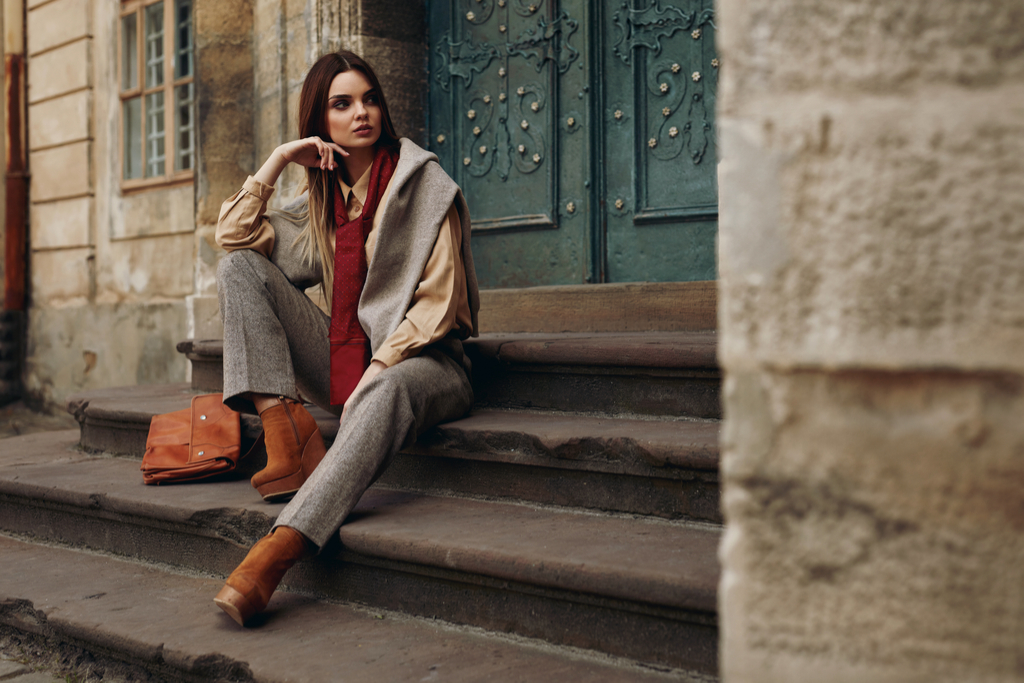 Long-gone are the days of thick and plush women's clothing. Just in the past decade, women's clothing designers have catered to the "layering" trend, resulting in the making of physically thinner clothing that allow dressers to pile on two to three different layers.

20
Buttons are sewn into suit jackets to prevent bad manners.

To keep his army from wiping their noses on their army jackets, Napoleon actually had buttons sewn at the end of their sleeves. Centuries later, these buttons have become commonplace on the sleeves of suit jackets and blazers. While most designers leave them on only as flair—since functional suit buttons are verboten in some fashion circles—some brands, like The Kooples, opt for functional buttons these days. This allows for the wearer to roll up a suit jacket sleeve and rock a laissez faire Paris-chic look. 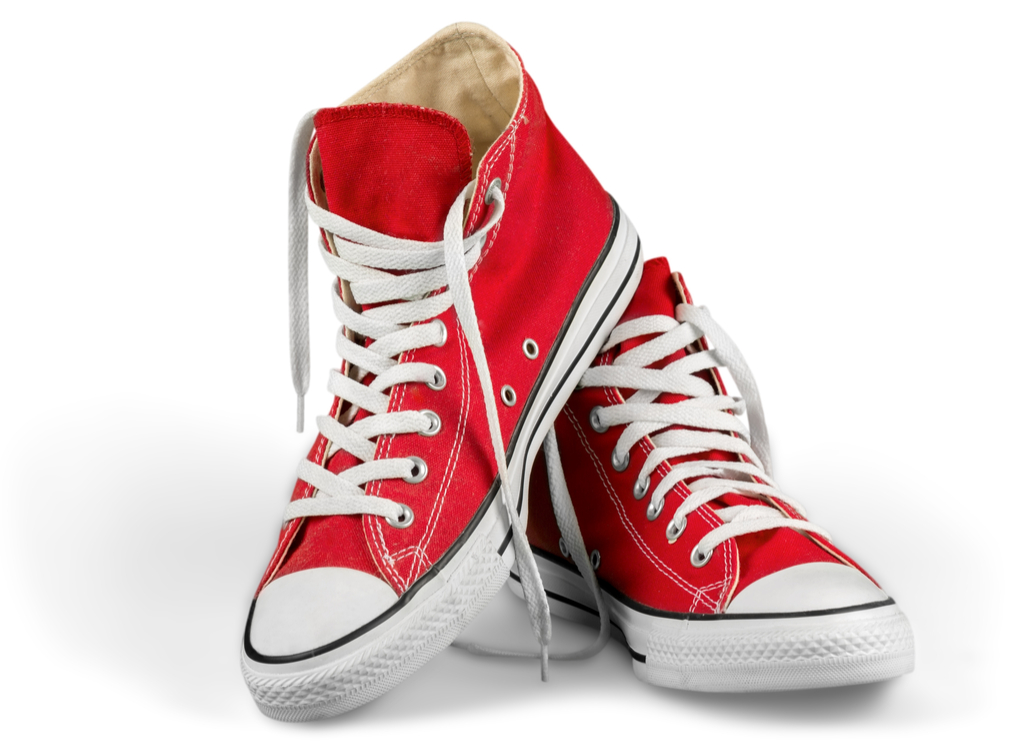 While the eyelets installed on the sides of converse sneakers aren't there for added durability, they do serve an equally important purpose—to provide ventilation to keep the sneakers from trapping sweat and dirt. 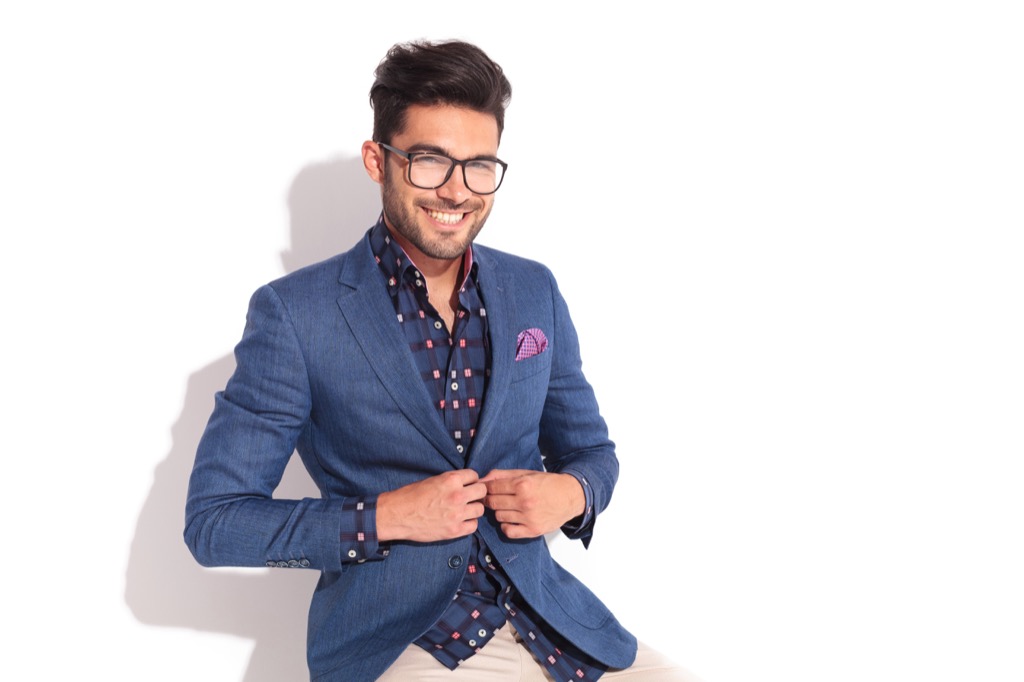 As it turns out, this trend was actually started by King Edward VII in the first decade of the 20th-century, when he stopped buttoning the last button on his suits in order to accommodate his larger size, according to Slate. After his death in 1910, the British monarchy actually carried this trend over to the next rulers, instilling this trend into nearly every corner of the globe. More than a century later, this trend has become more of a rule of thumb for those wearing suits.

23
Certain coat stitches are meant to removed upon purchase. 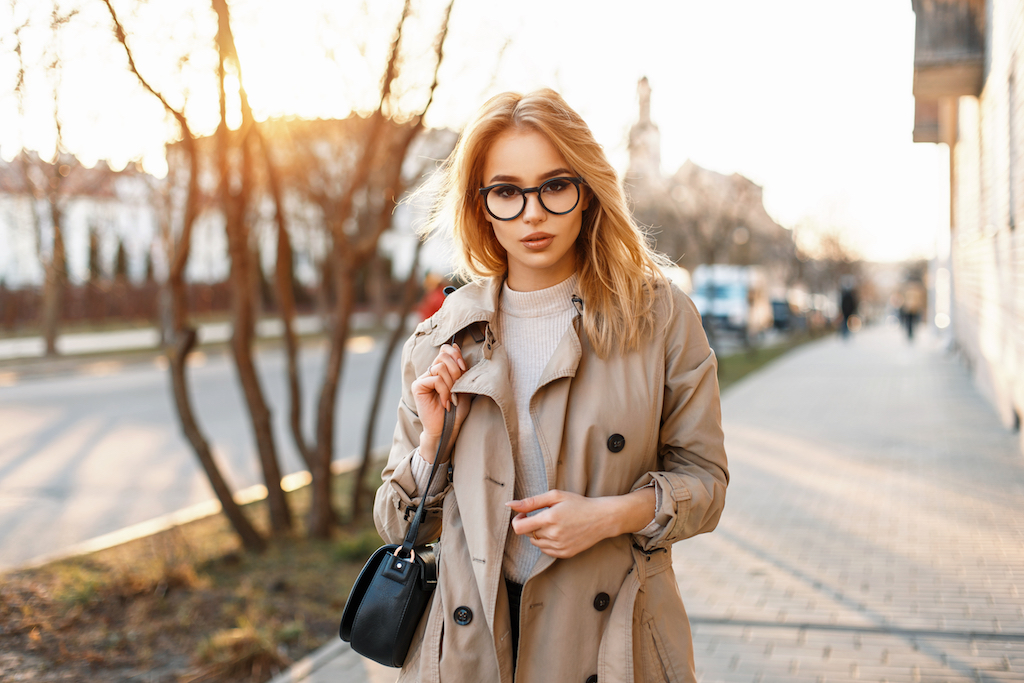 Upon purchasing a coat, you might notice that the seams along the side or back are loosely sewn together towards the bottom of the coat. In most cases, these seams are actually meant to be let out to add more comfort and space for your body.

Ashley Moor
Ashley hails from Dayton, Ohio, and has more than six years of experience in print and digital media. Read more
Filed Under
Clothing Accessories • Trivia
Read This Next
Latest News
Read This Next