Whether it's in politics or pasta sauce, these stars sure know how to land a second act.

For most people, a brief stint on a reality show has one of two outcomes: if they don't win, they go back home, and eventually, it's like it never happened. For others, it's the beginning of a new career making "celebrity" appearances, writing books, and hawking products. But for a third group of folks—perhaps the luckiest of the bunch—they manage to accomplish (or at least attempt) some pretty crazy stuff once they're done living life on the small screen.

From careers in politics to impressive entrepreneurial endeavors, you won't believe the things some of your favorite reality stars have been up to since their days of reality TV debauchery. We've rounded up the 30 reality stars with the most surprising post-reality TV careers, each a little stranger than the last. And when you want some reality TV laughs, check out the 30 Funniest Reality Show Catchphrases of All Time. 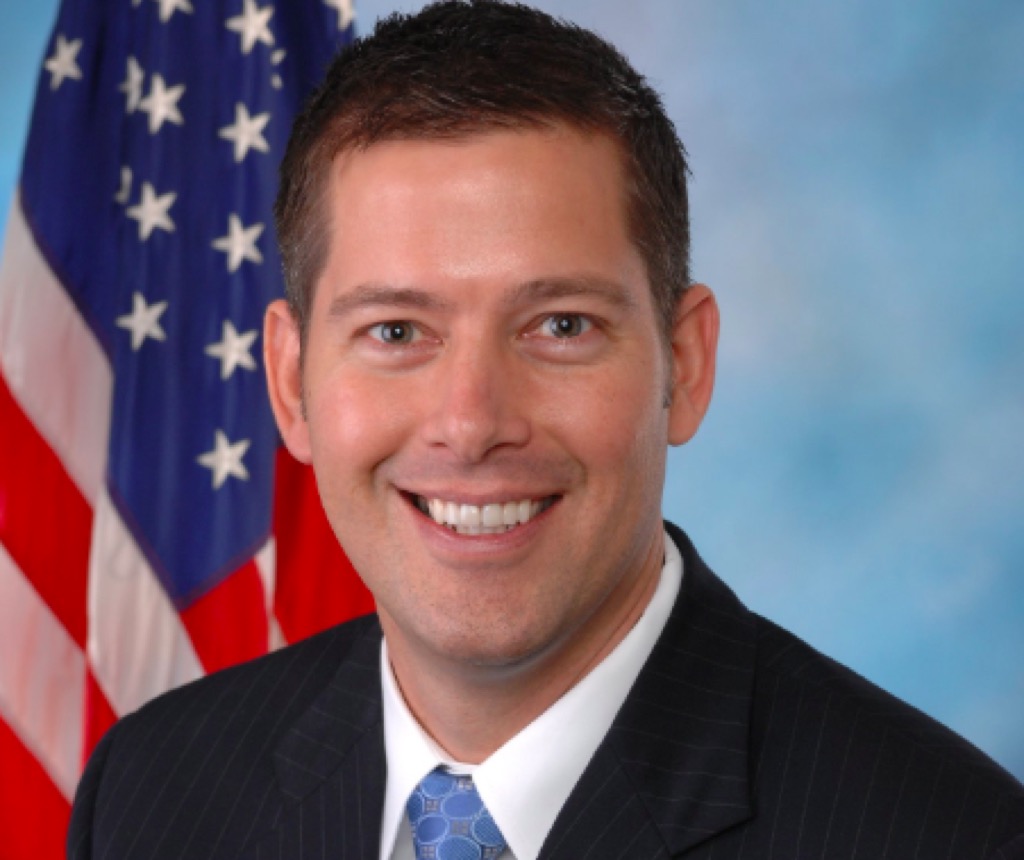 In 1997, straight-laced 20-something Sean Duffy was an aspiring lawyer on The Real World: Boston. However, just five years later, he was appointed to the role of district attorney in his home state of Wisconsin. He's been serving as a representative of Wisconsin's seventh congressional district since 2010. And for more reality tv fun, check out the 30 Funniest Reality TV Moments of All Time. 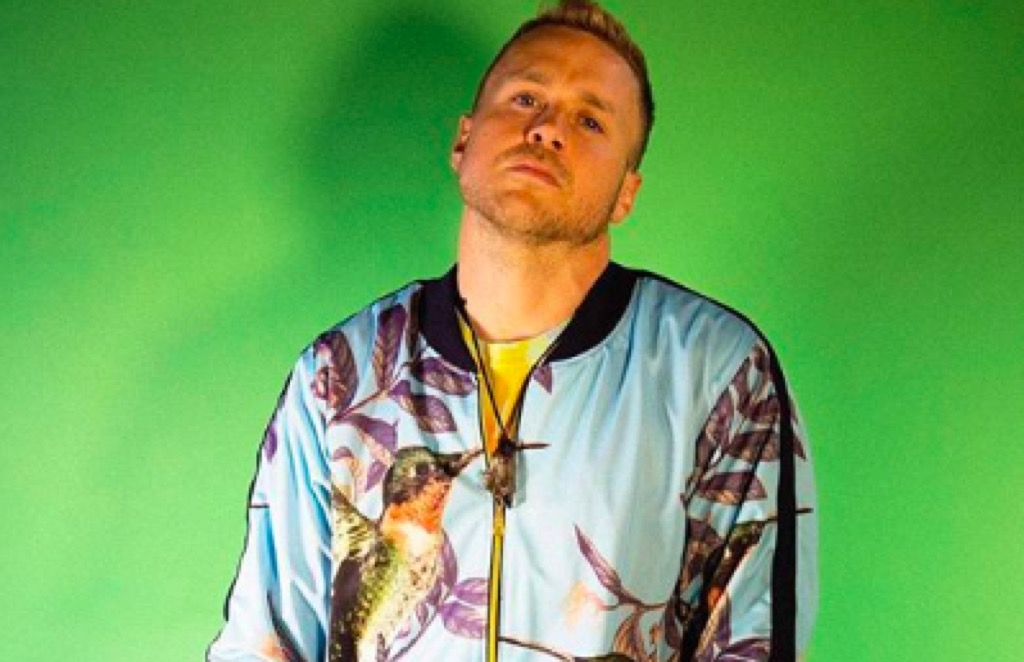 Spencer Pratt and Heidi Montag made headlines on The Hills in the late 2000s, and they've been in and out of the public eye ever since. Lately, Spencer has gotten into the healing power of crystals and is now running a company called Pratt Daddy that sells the "purest, most exclusive" crystals.

3
Mike "The Miz" Mizanin, The Real World: Back to New York 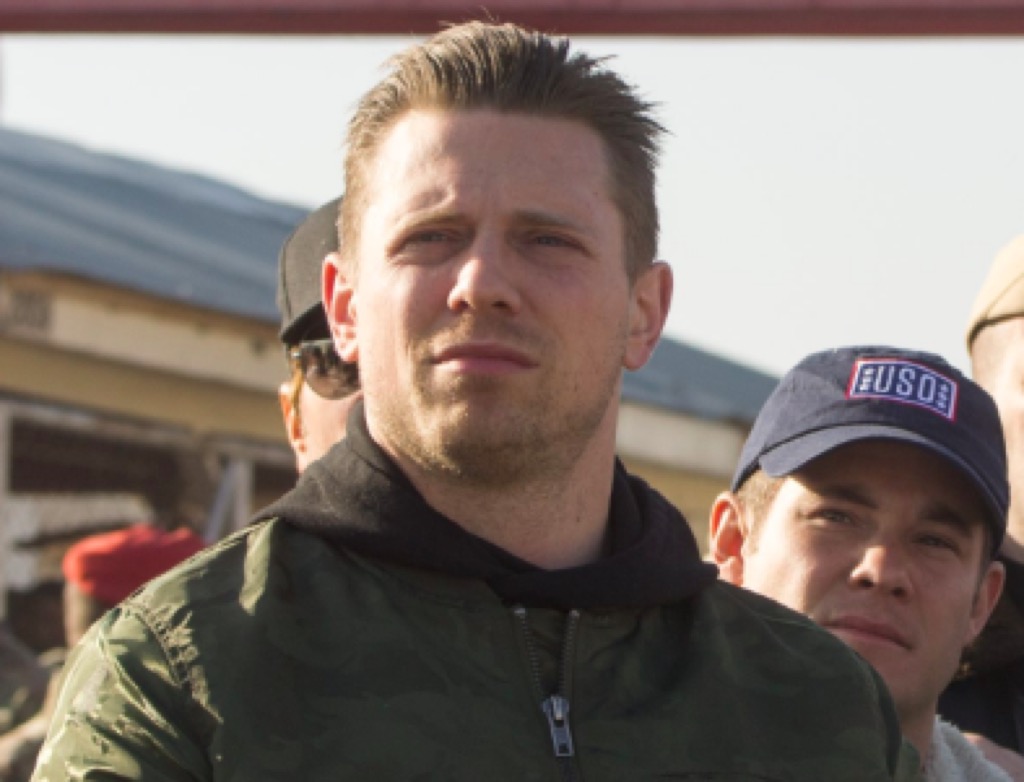 Mike Mizanin was a sheltered Midwestern college dropout in MTV's The Real World: Back to New York. On the show, he also had a wrestling alter ego named "The Miz," a moniker he continues to use now that he's working as a professional wrestler with the WWE. Since his stint on reality TV, he's won the WWE Championship once and the Intercontinental Championship eight times. And if you want more interesting sports trivia, check out the 30 Ugliest Uniforms in Sports History. 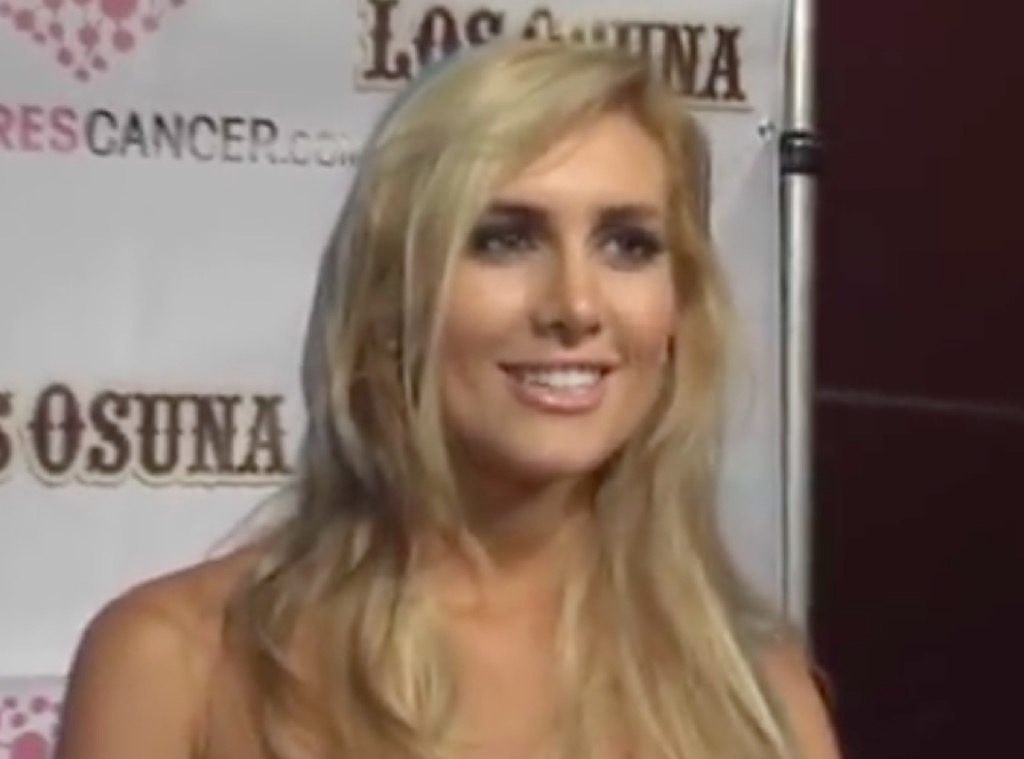 Jen Bunney popped up on The Hills every so often to cause trouble, which may make it come as a surprise that she got a Masters in Public Health from the University of California Berkeley and is now a doctor of public health candidate at University of North Carolina Chapel Hill. She's also the senior vice-president and Chief Population Health Officer at Regal Medical Group.ae0fcc31ae342fd3a1346ebb1f342fcb 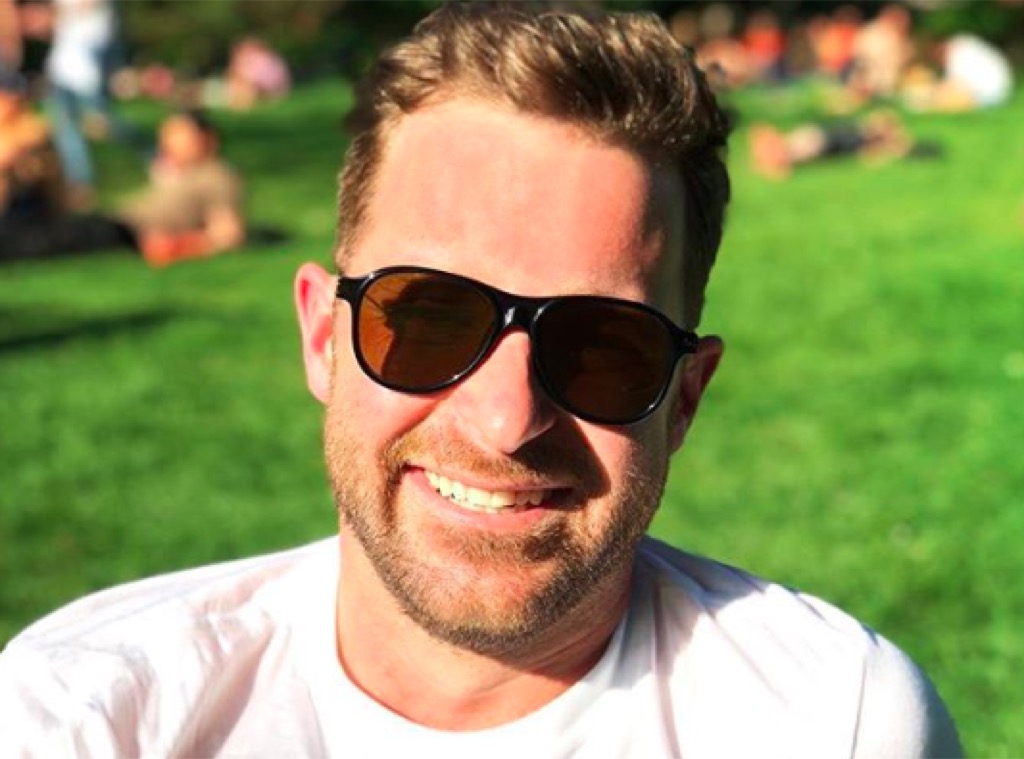 Trey Phillips displayed a passion for fashion on Laguna Beach as a high schooler. It would seem he must have had plenty of raw talent, too: he's now working as an assistant designer for Vera Wang. 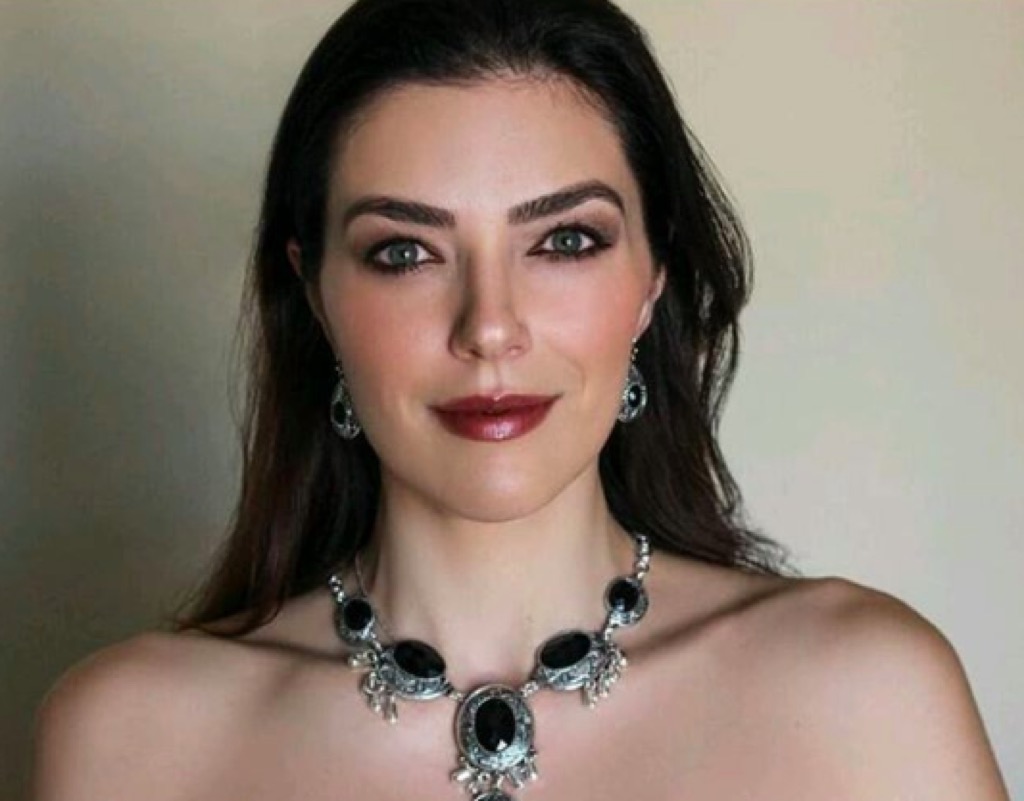 Adrianne Curry is best known for beating out a gaggle of fame-hungry models on the very first season of America's Next Top Model. After doing years of modeling and hosting work, she now occasionally creates gamer content with her fiancé and lives in Arizona, where she's an Avon representative. 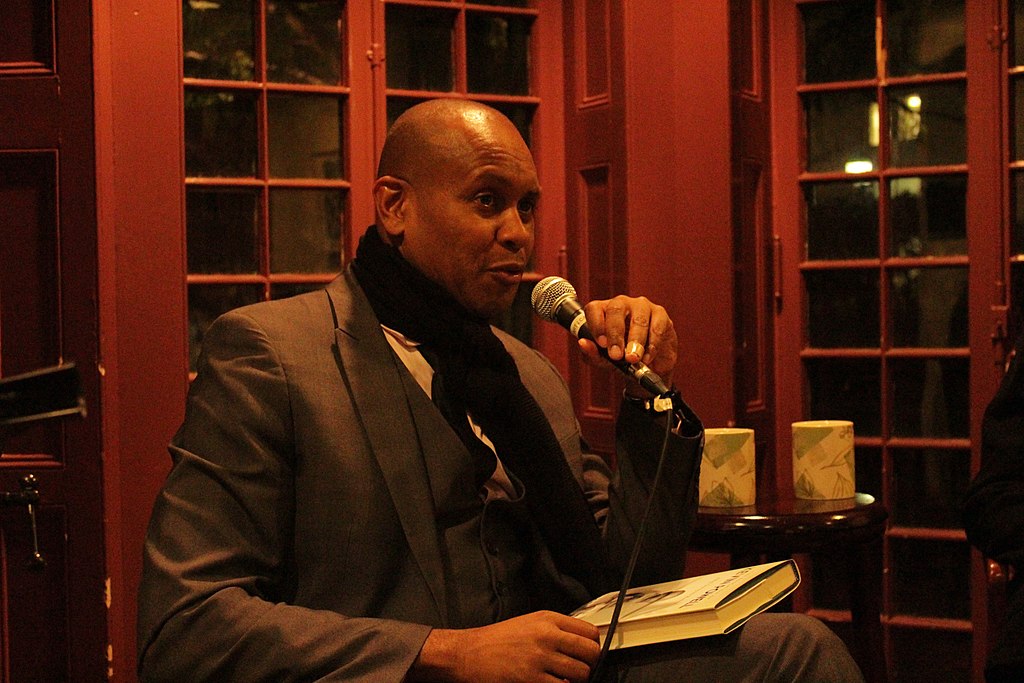 By the time he was on The Real World: New York, Kevin Powell was already a published writer. To date, he has published 10 books, including poetry and essays, and run for a seat in New York's 10th congressional district three times. 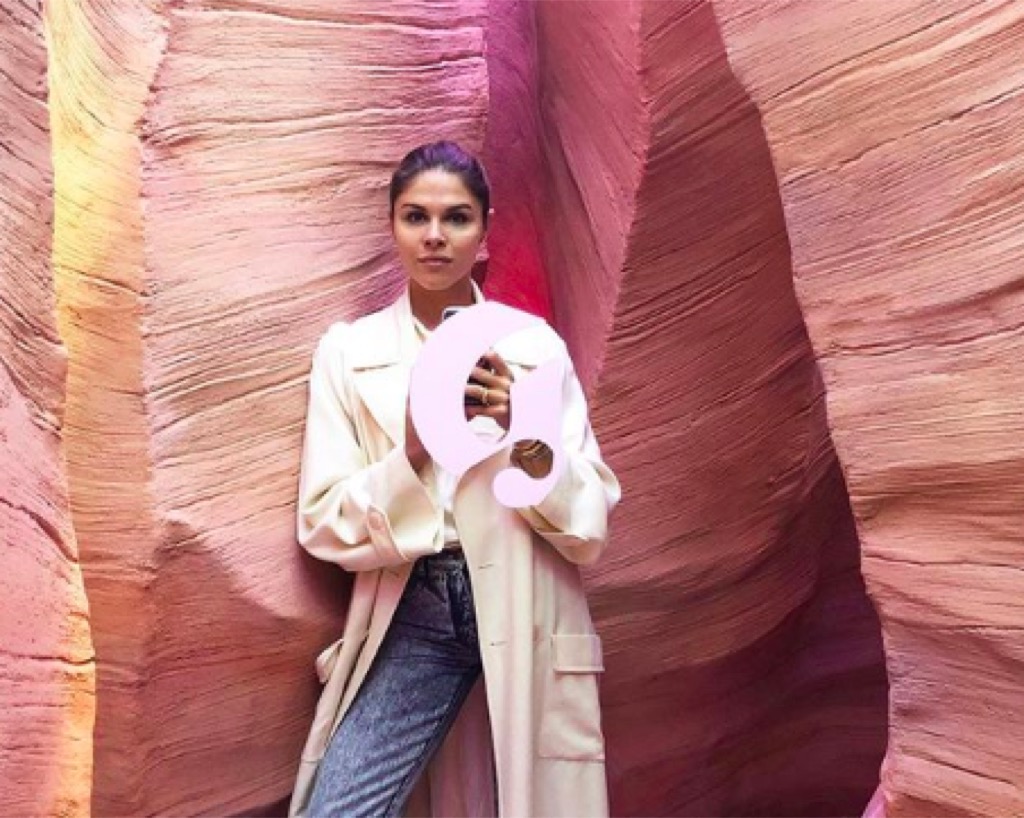 Emily Weiss has come a long way from playing a villain on The Hills. She's the founder of Glossier, an beauty e-commerce platform that's been funded to the tune of $86 million. 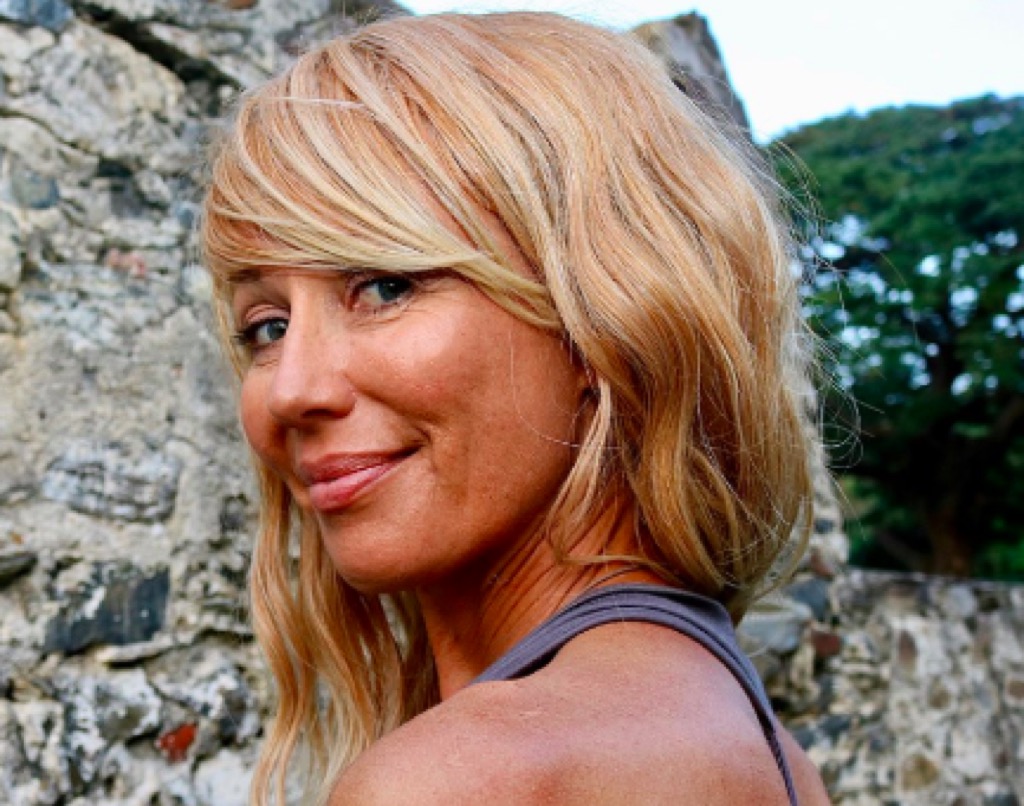 Australian singer Fiona Horne, the former host of SyFy reality show Mad Mad House, has had a series of surprising post-reality career movies. After her show ended, she went on to write several books about witchcraft, in addition to becoming a commercial pilot, flying charter flights in the Caribbean. 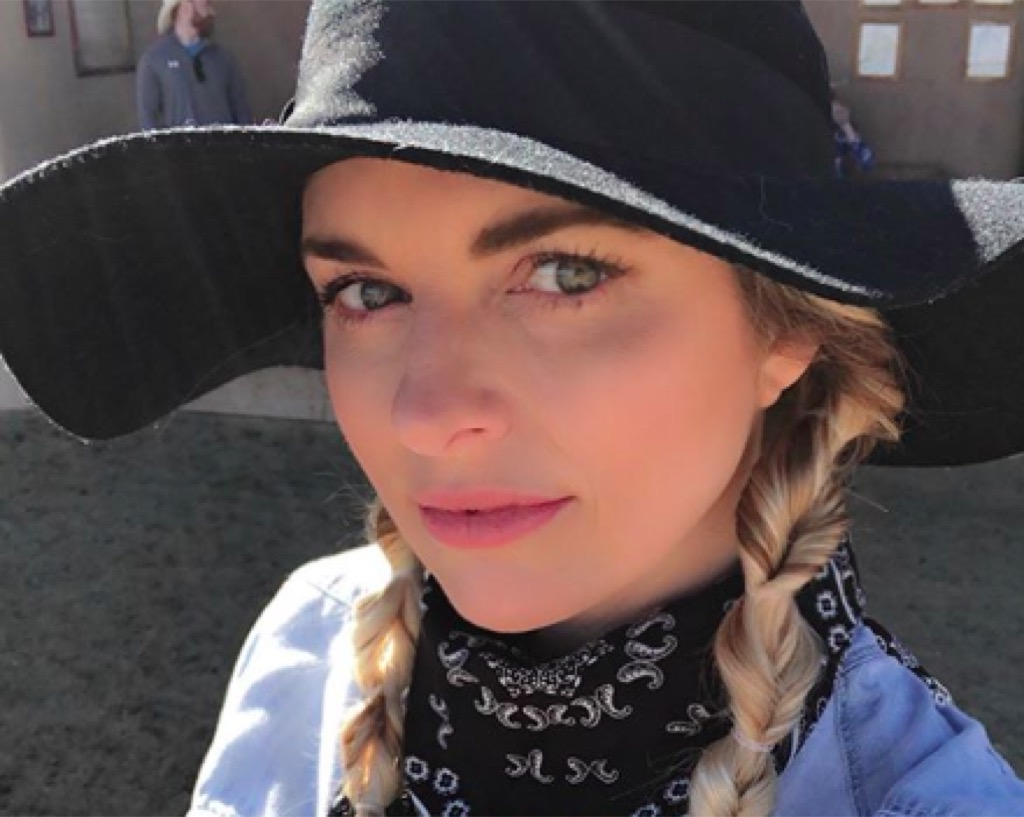 Trishelle Cannatella, who starred on The Real World: Las Vegas, hasn't gone far since her days of reality fame. Now that the show's over, she plays poker professionally, often making her way back to Sin City for competitions. And if your poker game could use a little work, learn these 15 Secret Tricks for Spotting a Lie Every Time.

11
Bridget Marquardt, The Girls Next Door 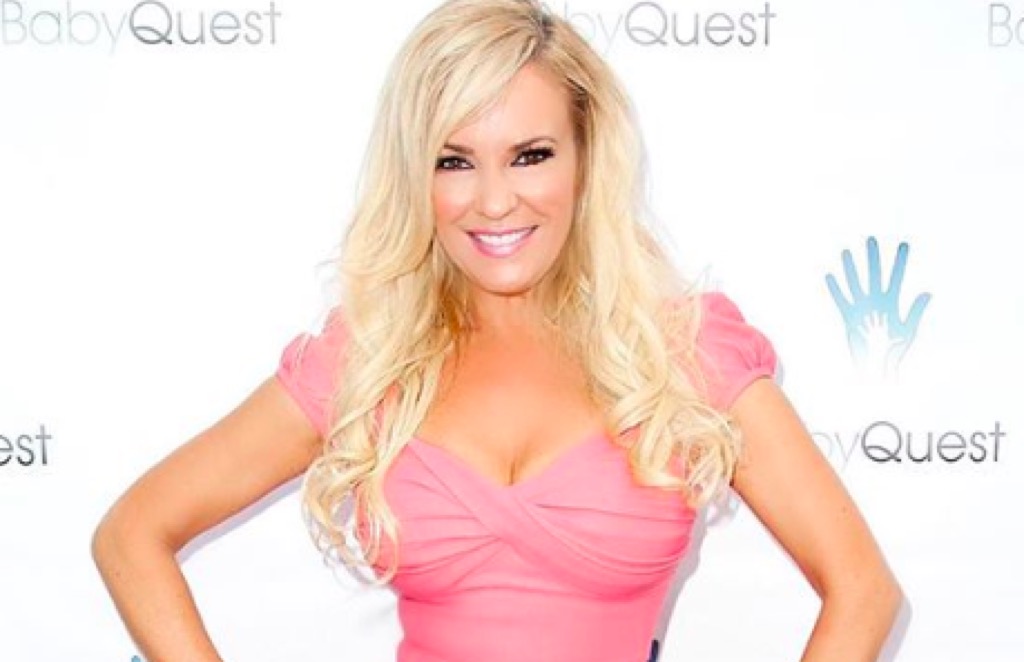 You might remember Bridget Marquardt as a Playboy bunny from The Girls Next Door, but these days her work is a little more on the wholesome side. Hef's former girlfriend currently has a shop on Etsy that sells aprons. 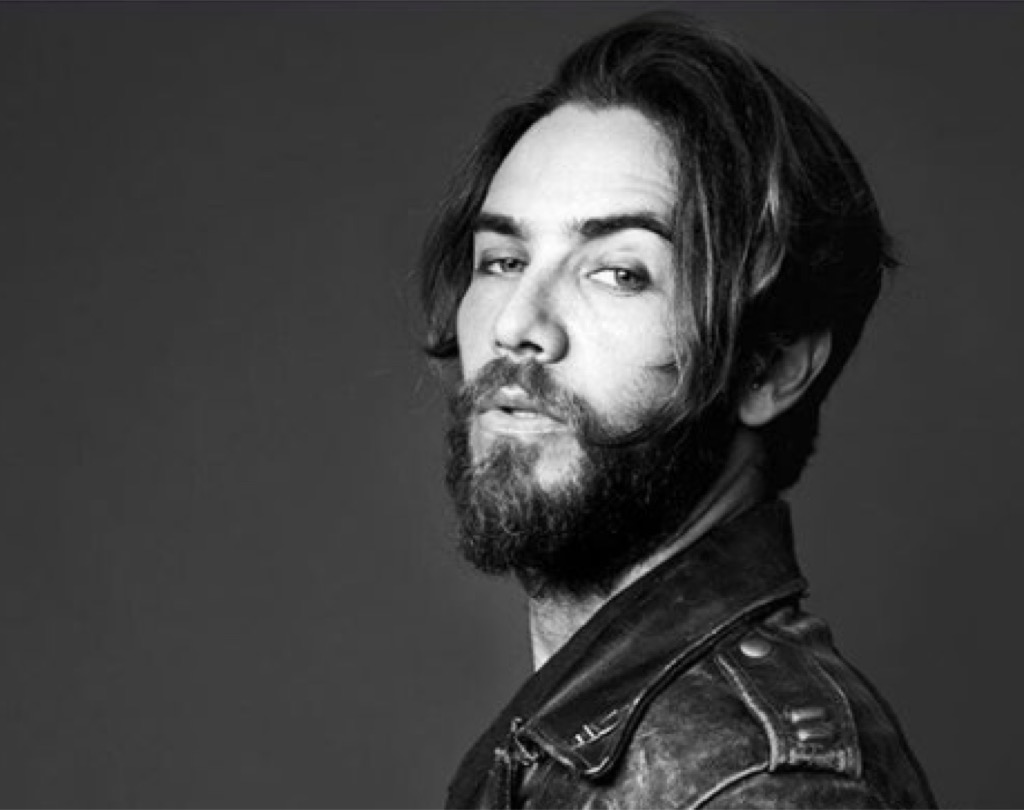 Justin Bobby Brescia and Audrina Patridge were quite the pair on The Hills, but since they split and the show ended, he has focused on his true passion: hair. He now has a line of hair care products called Brush Your Hair. 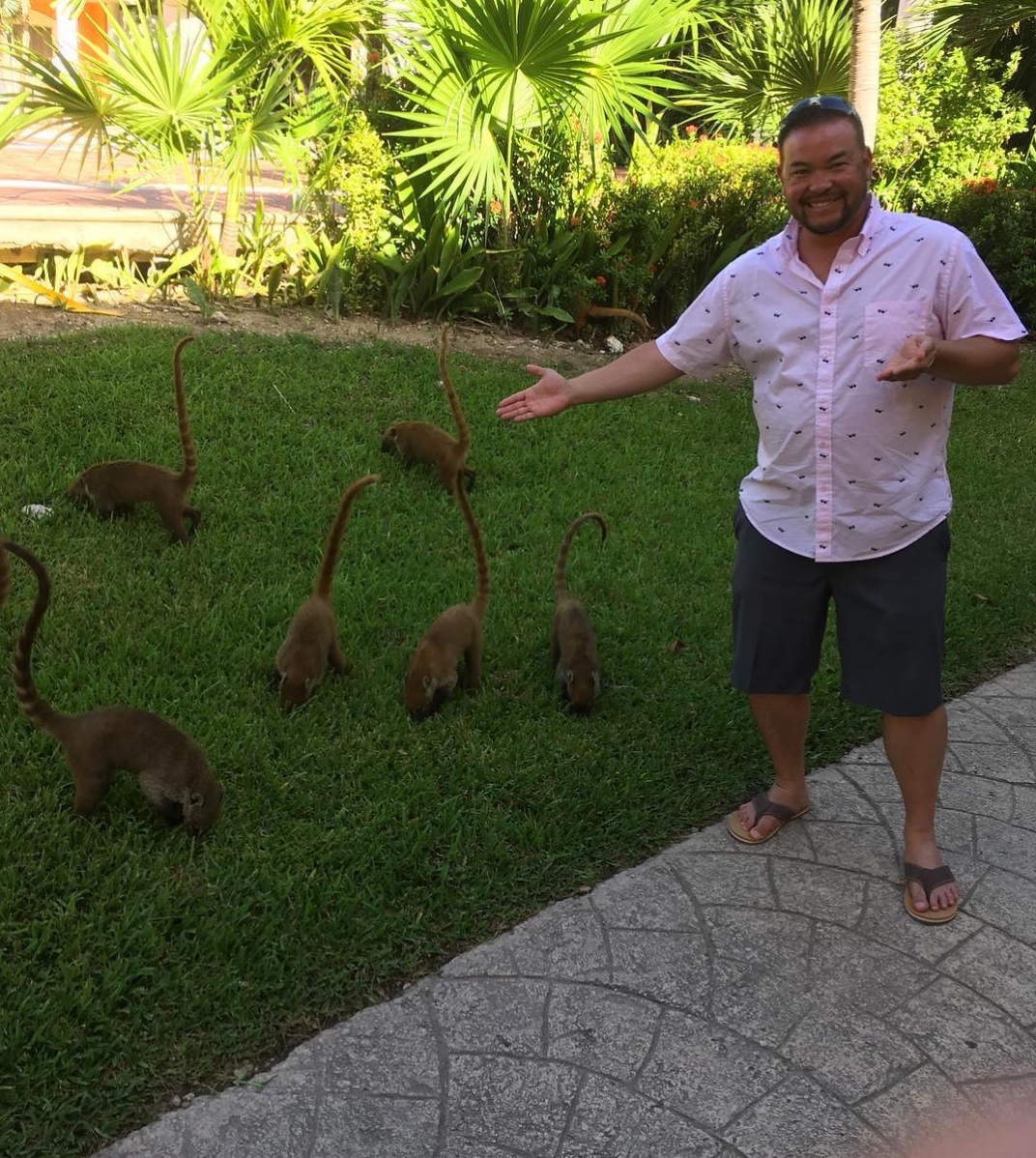 After Jon and Kate Gosselin split, things weren't exactly easy for Jon, a former IT analyst. Following the collapse of his show and marriage, Jon went to work as a cook at TGI Fridays, in addition to working as a DJ. 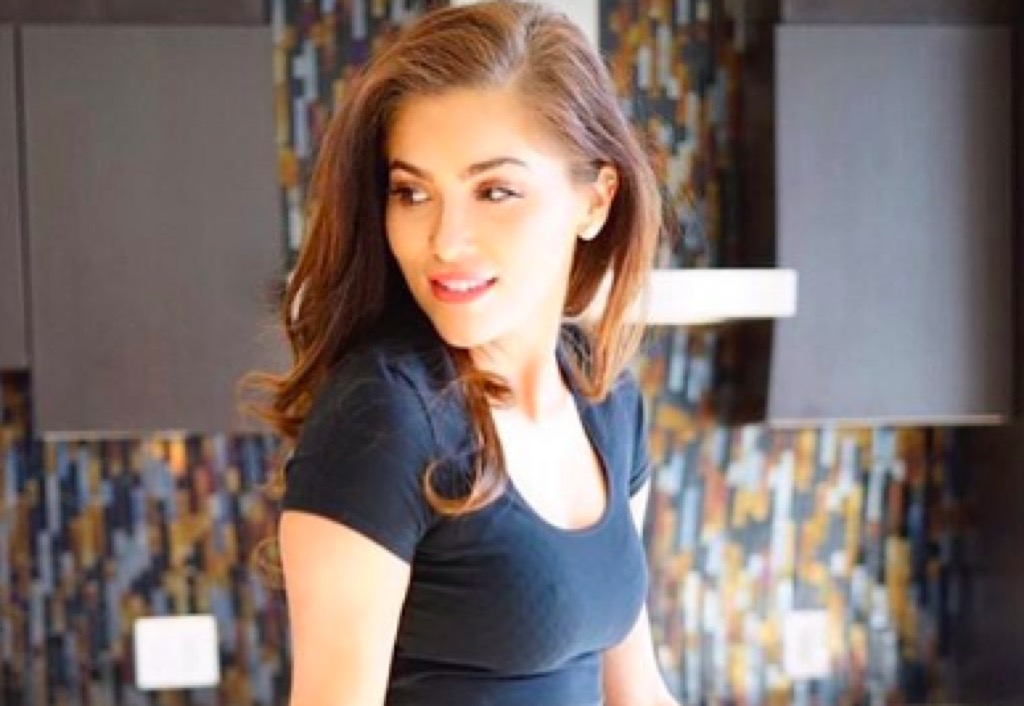 After Brittany Fetkin's brief stint on the nineteenth season of The Bachelor, she focused on a surprising passion: professional wrestling. She's now better known as a former backstage interviewer for WWE NXT under the name Devin Taylor. 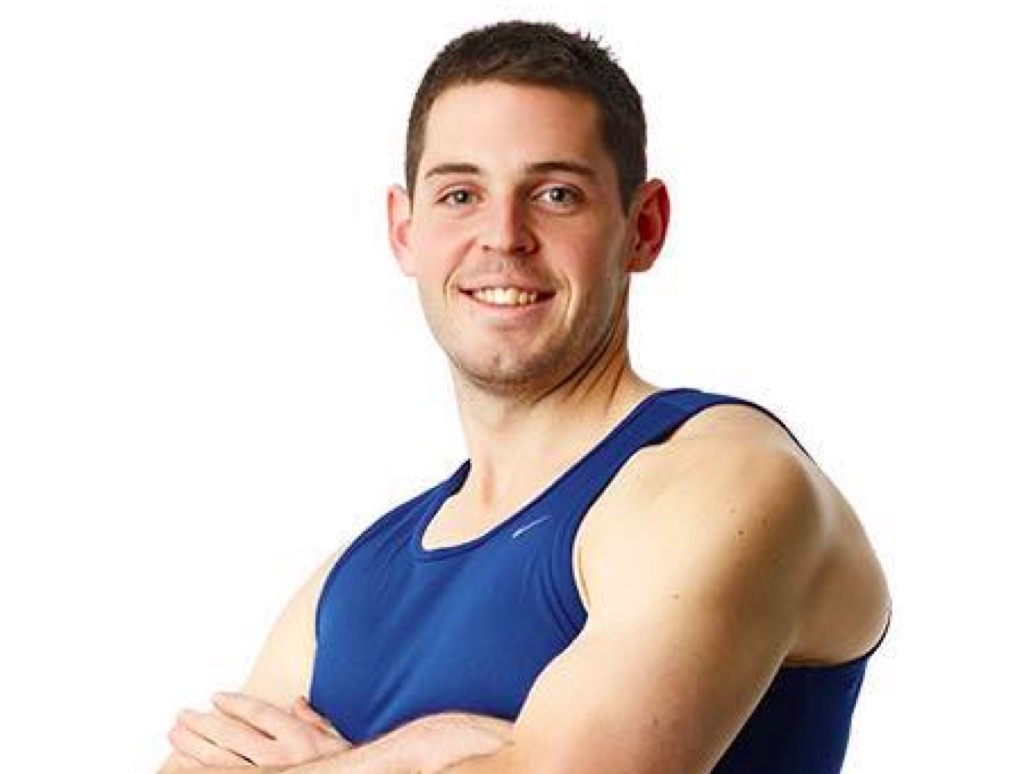 It's been ten years since Sam Rouen was on The Biggest Loser, and he's in better shape than ever. Rouen has managed to avoid the problem of maintaining weight loss that has plagued so many of the show's contestants, thanks in large part to his active job as a firefighter—he even recently posed shirtless in a sexy firefighter calendar. 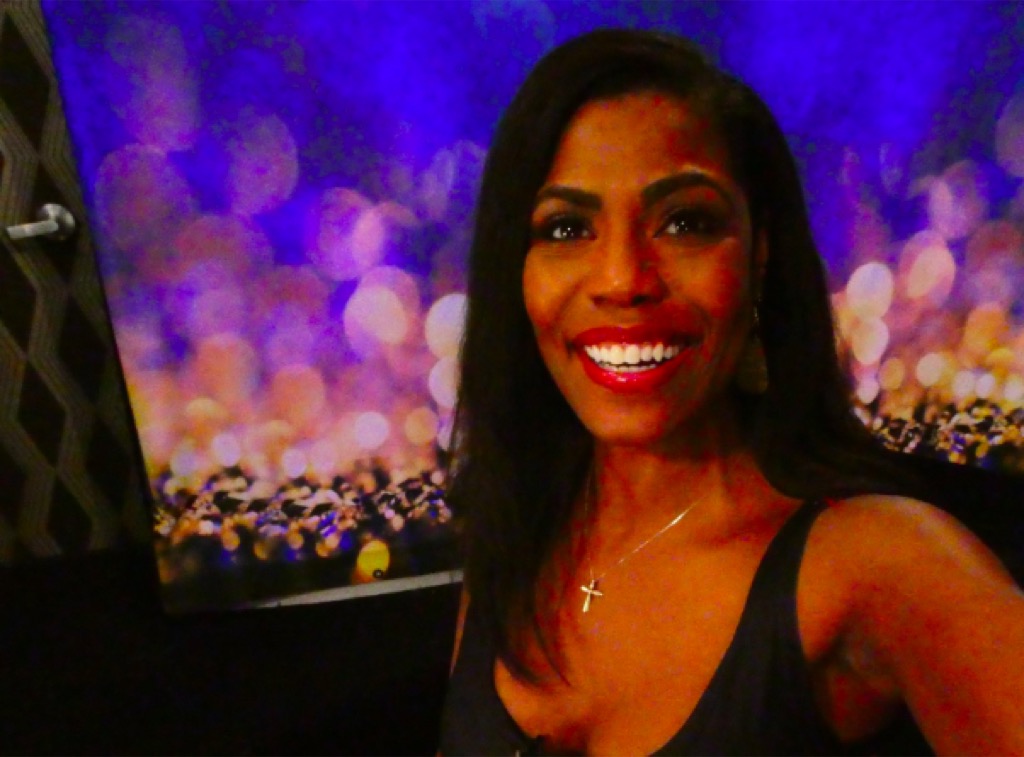 Omarosa Manigault rose to fame as a villain archetype on The Apprentice, which turned out to be an amazing networking opportunity, even though she didn't win the show. Until very recently, she served as Director of Communications for the Office of Public Liaison in the White House. 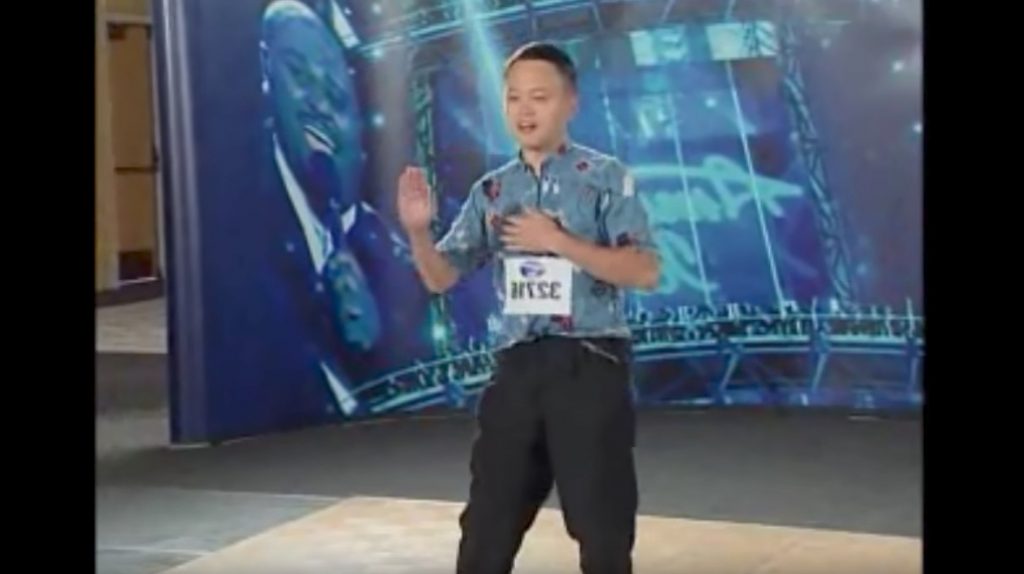 William Hung became a household name thanks to his wacky rendition of the Ricky Martin song "She Bangs" on American Idol. Hung spent years promoting his music, but these days, he's a technical crime analyst for the Los Angeles County Sheriff's Department. 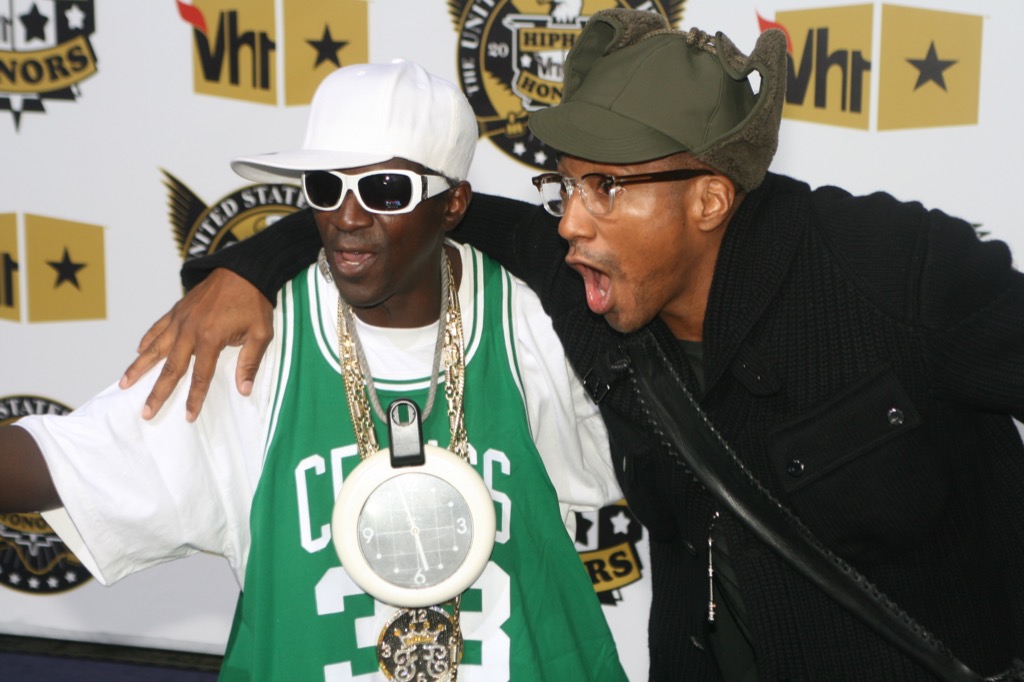 In addition to being a hype man and reality star, Flavor Flav was also very briefly the owner of two separate chicken restaurants, both of which closed abruptly. 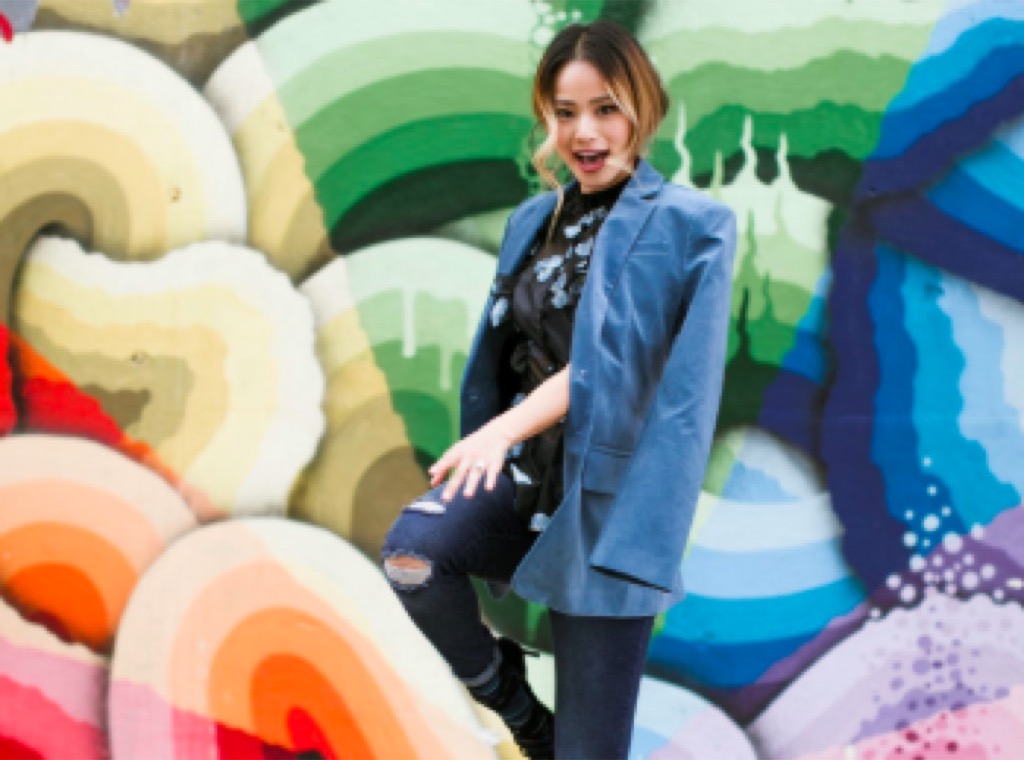 Jamie Chung managed to take her time on The Real World: San Diego and leverage it into a respectable acting career. She's had acted in two installments of the Hangover franchise, in addition to playing a leading role on the Fox TV show The Gifted. 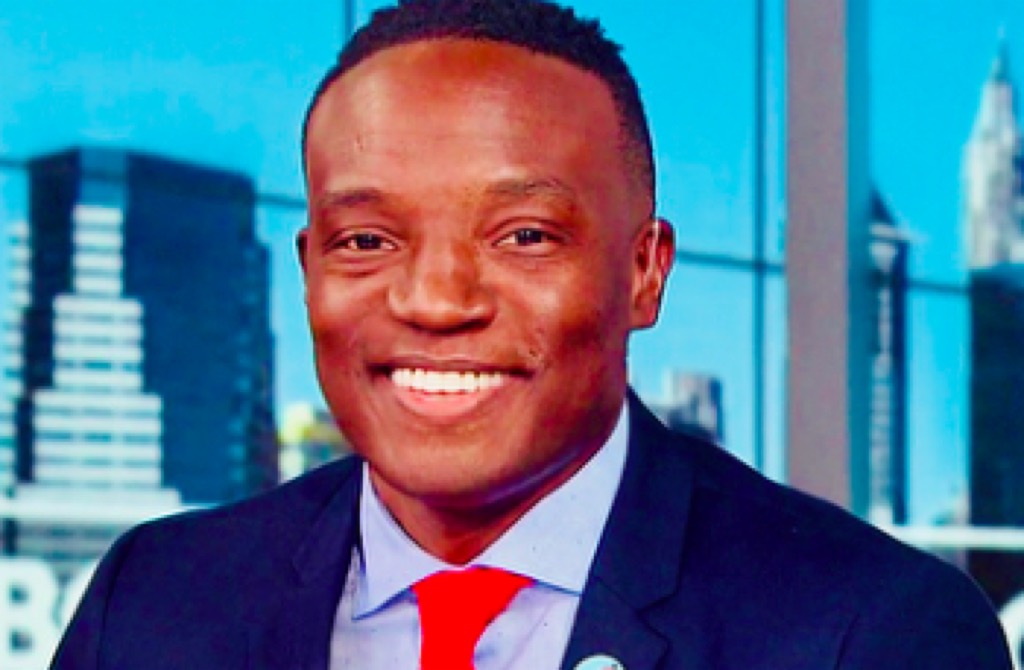 Kwame Jackson made it all the way to the first season finale of The Apprentice before being eliminated. Today he is a public speaker who has been given the key to the city in Indianapolis, Detroit, Trenton, and Columbia. In addition, the mayor of Charlotte, NC—Kwame's hometown—declared a Kwame Jackson day. 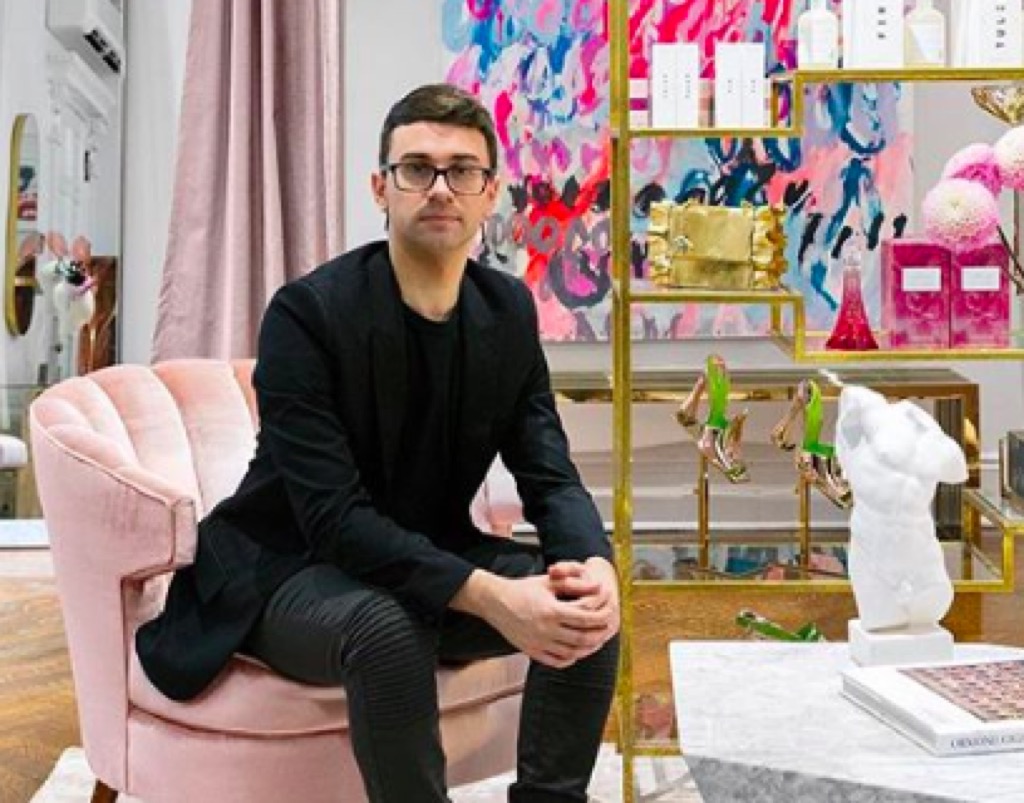 It isn't the nature of Christian Siriano's career that's surprising, but the degree of the former reality star's success. Siriano got to work building his brand after winning the fourth season of Project Runway, and it definitely paid off. His clothes have been worn on the red carpet by Rihanna, Taylor Swift, Sarah Jessica Parker, Nicki Minaj, Victoria Beckham, and Lady Gaga, among other A-listers.

22
Laverne Cox, I Want to Work for Diddy 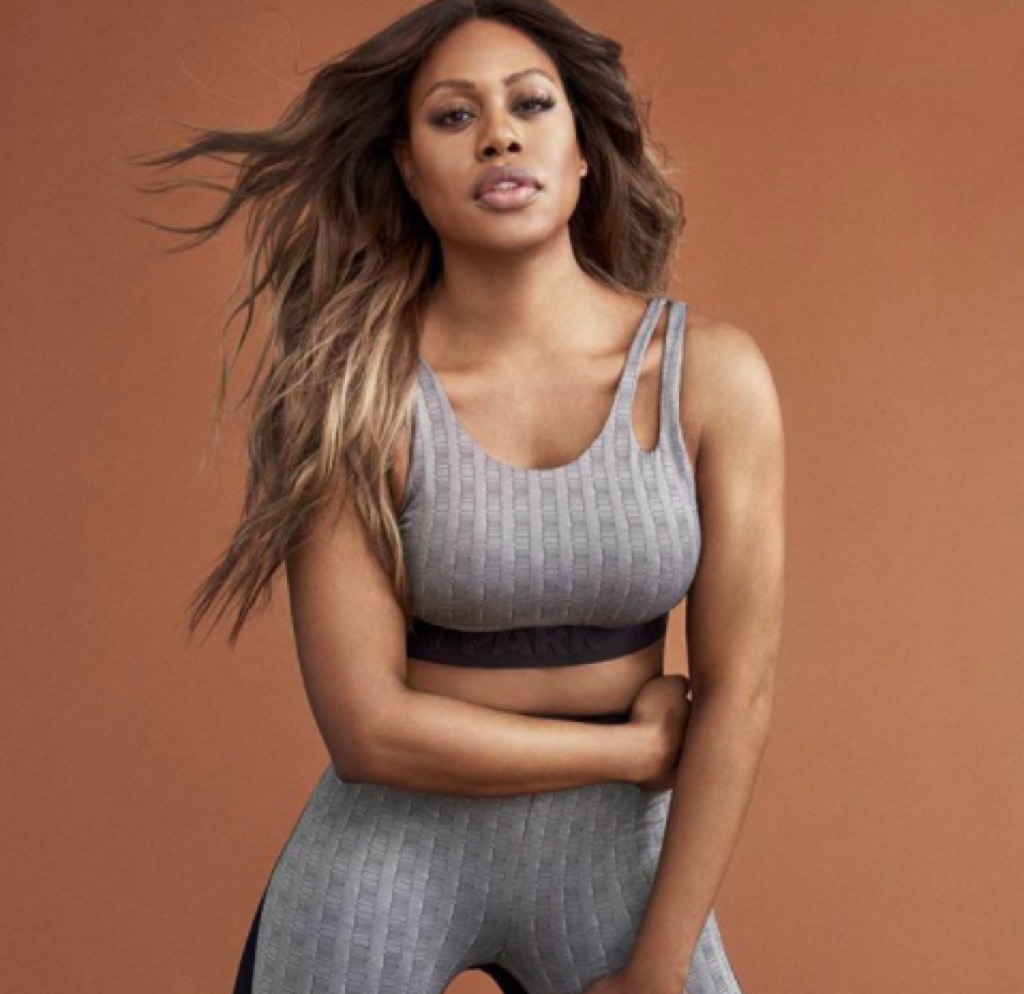 Laverne Cox has achieved massive success as an actress, thanks in large part to a leading role on Orange is the New Black. In fact, her acting career so outshines her previous endeavors that many forget she got her start on VH1's I Want to Work for Diddy. 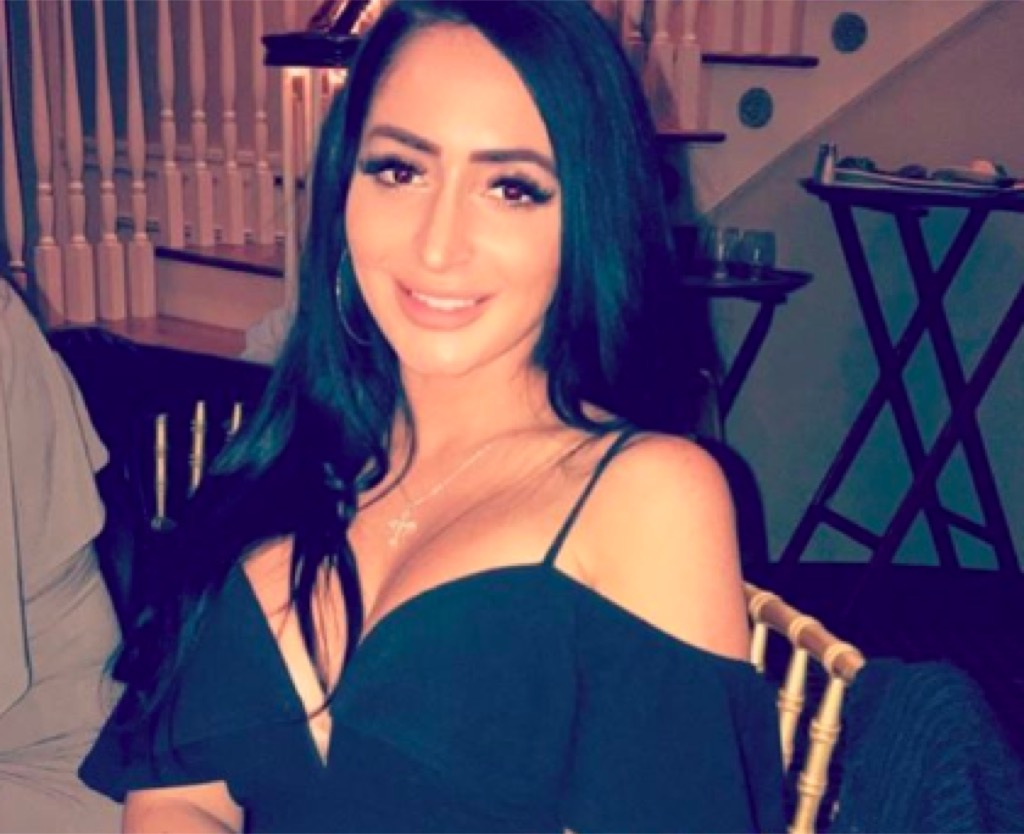 Since her stint on Jersey Shore, Angelina Pivarnick has released several dance singles. However, like many reality stars before her, she also tried her hand at professional wrestling on Total Nonstop Action Wrestling. 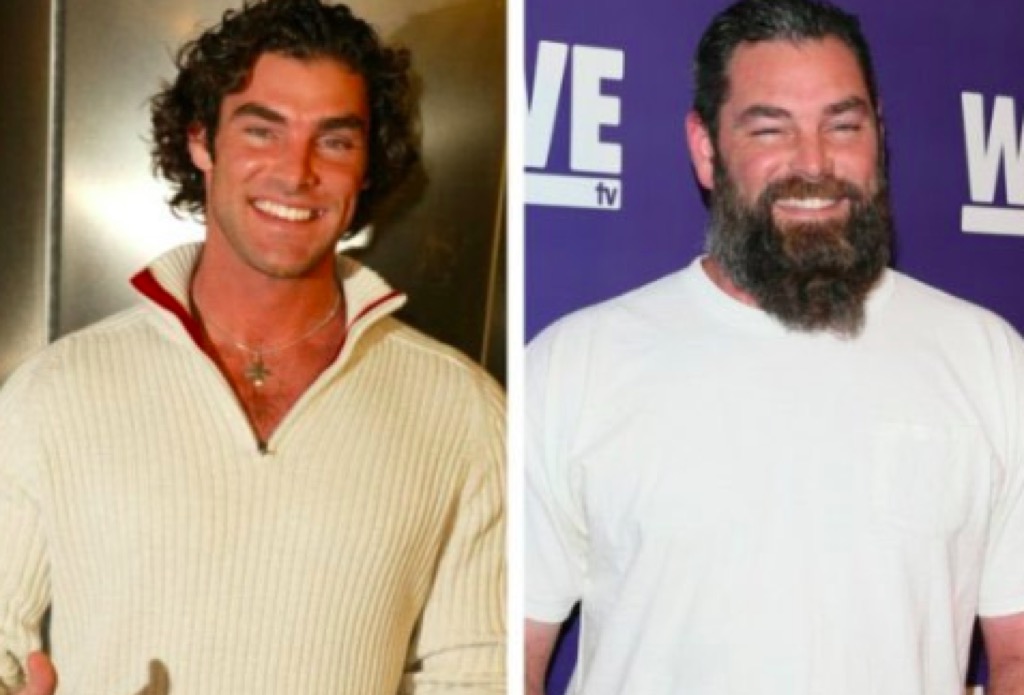 It turns out that Evan Marriott was happier as Evan Marriott than as the titular hunk on Joe Millionaire. After spending a few years in the entertainment business, Marriott went back to his original line of work and opened his own construction business. 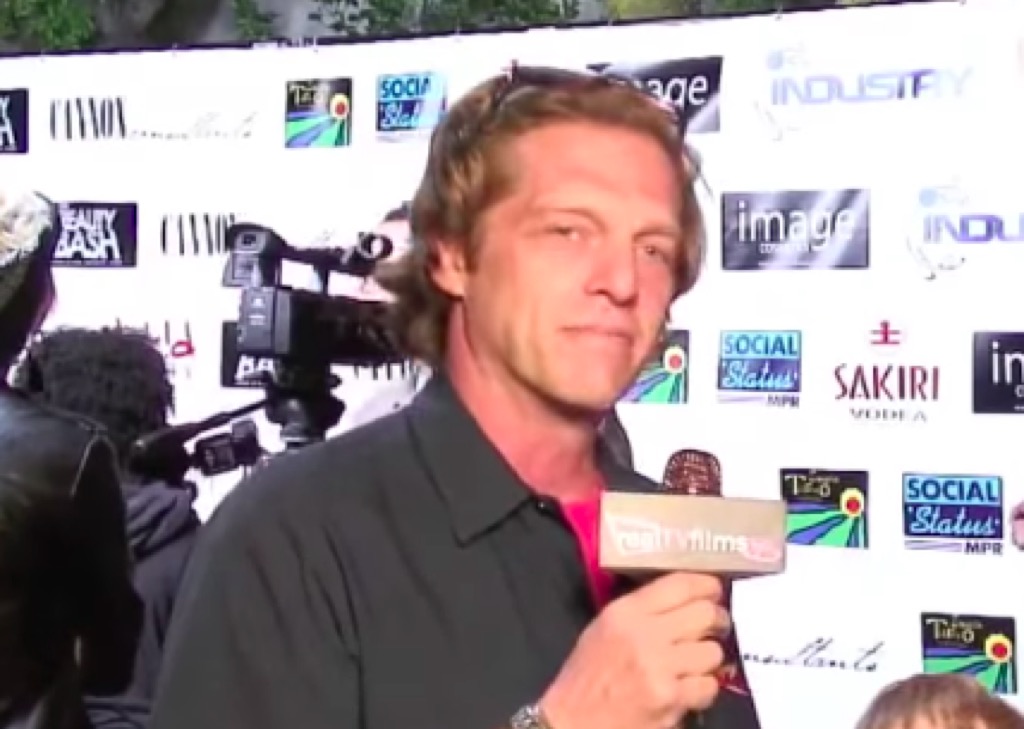 Puck earned a reputation for being a jerk on The Real World: San Francisco, and he even wound up doing some jail time after the show wrapped. However, these days, he's currently living a much more chilled-out lifestyle at the helm of a chicken ranch in California. 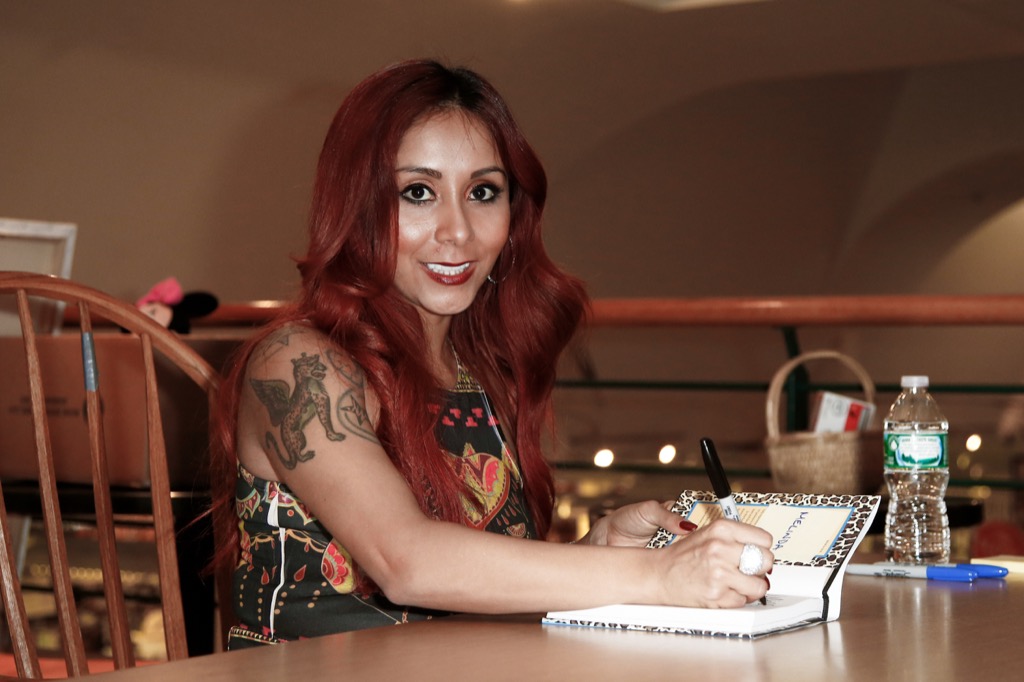 Snooki has had many money-making endeavors since Jersey Shore. However, it's her work as a slipper designer that's probably the most surprising. 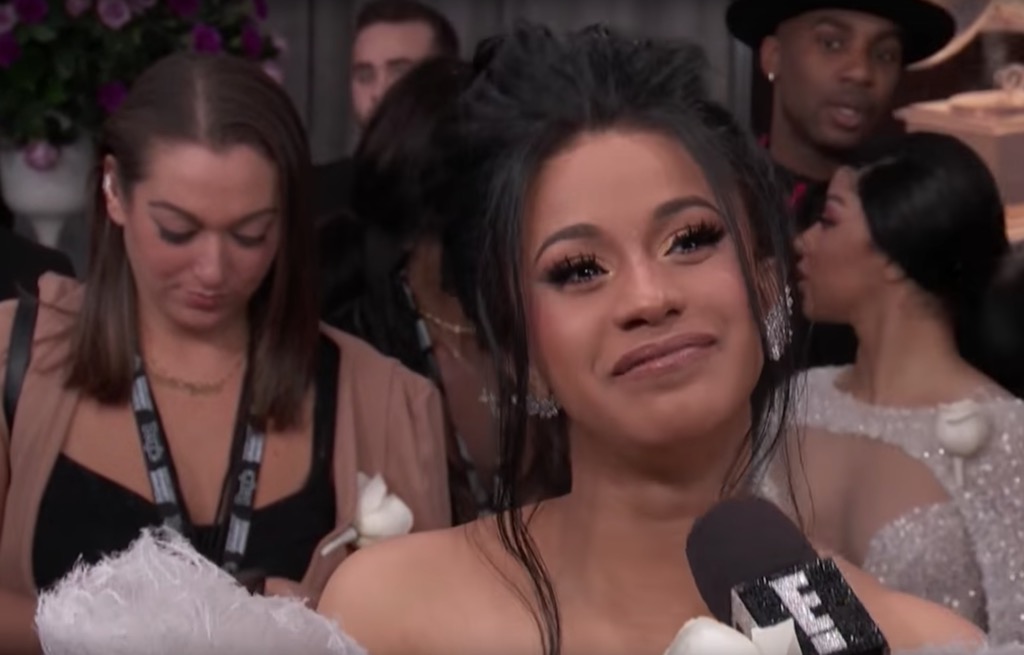 Cardi B went from Love & Hip-Hop: New York to one of the most popular rappers in the game today. Her hit album, Invasion of Privacy, recently debuted at number one on the Billboard 200 Chart. 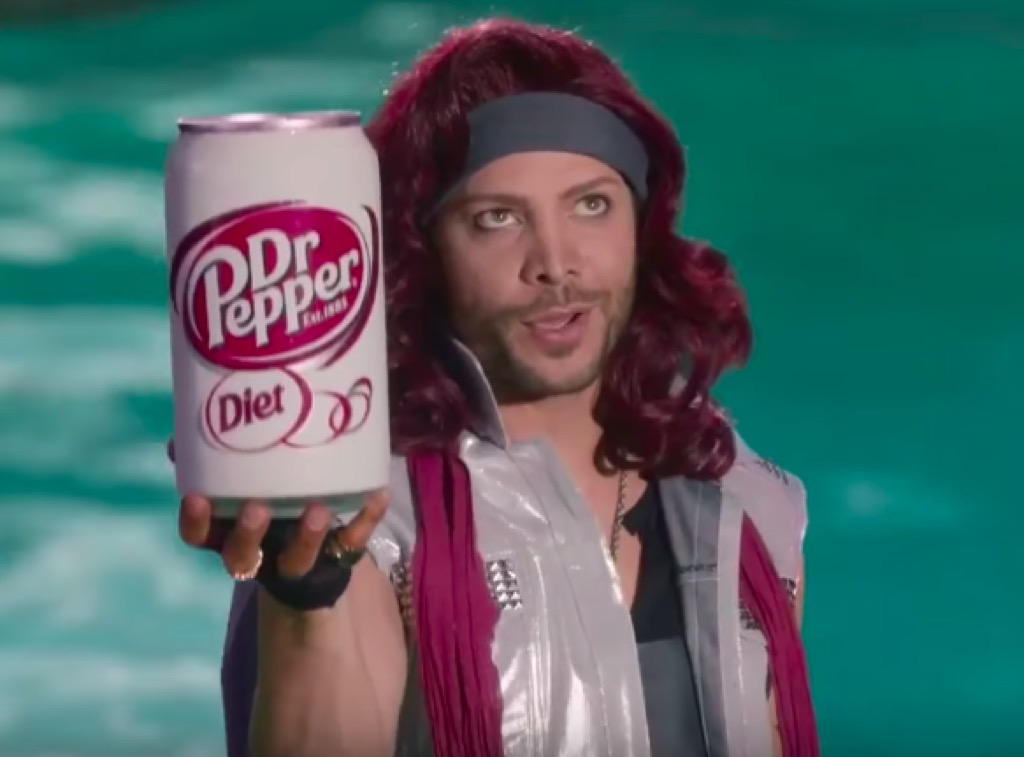 Justin Guarini nabbed the second place spot on the first season of American Idol, and he's been doing plenty of touring and musical performances ever since. However, more surprisingly, Guarini also worked for some time as the Little Sweet character in a series of commercials for Dr. Pepper—but you might not have recognized him without his curly hair. 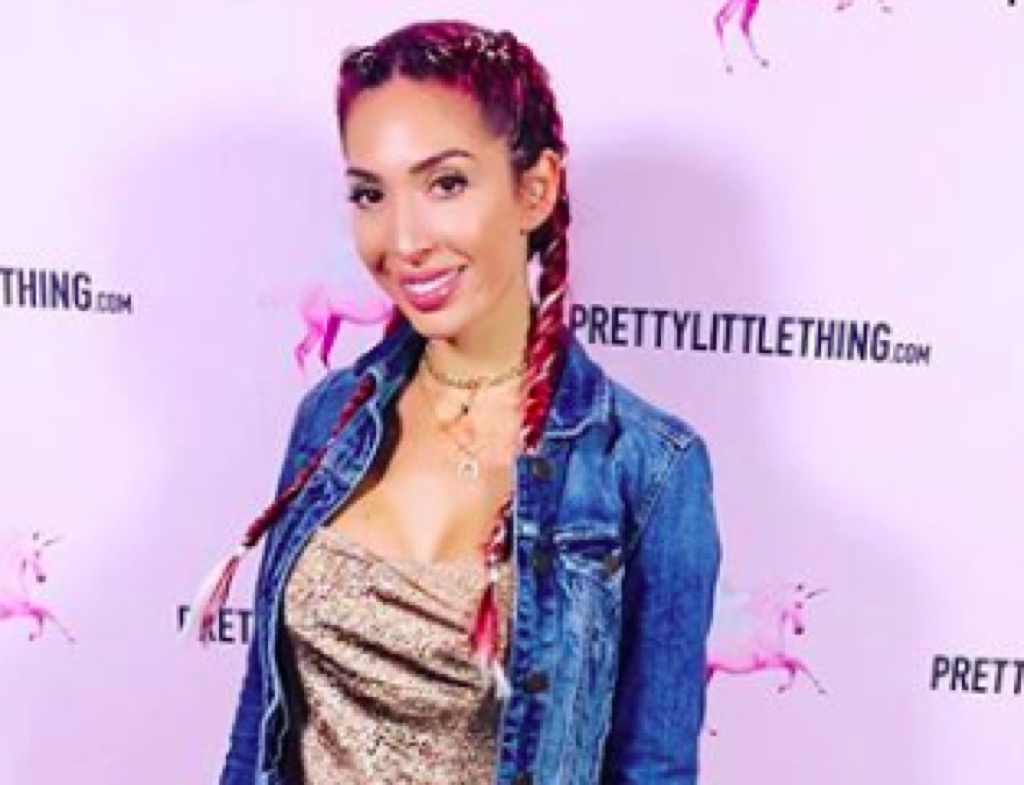 Farrah Abraham's role on Teen Mom has paved the way for a surprising entrepreneurial endeavor. Abraham now owns a company called Mom & Me Foods, which sells pasta sauce and wine. 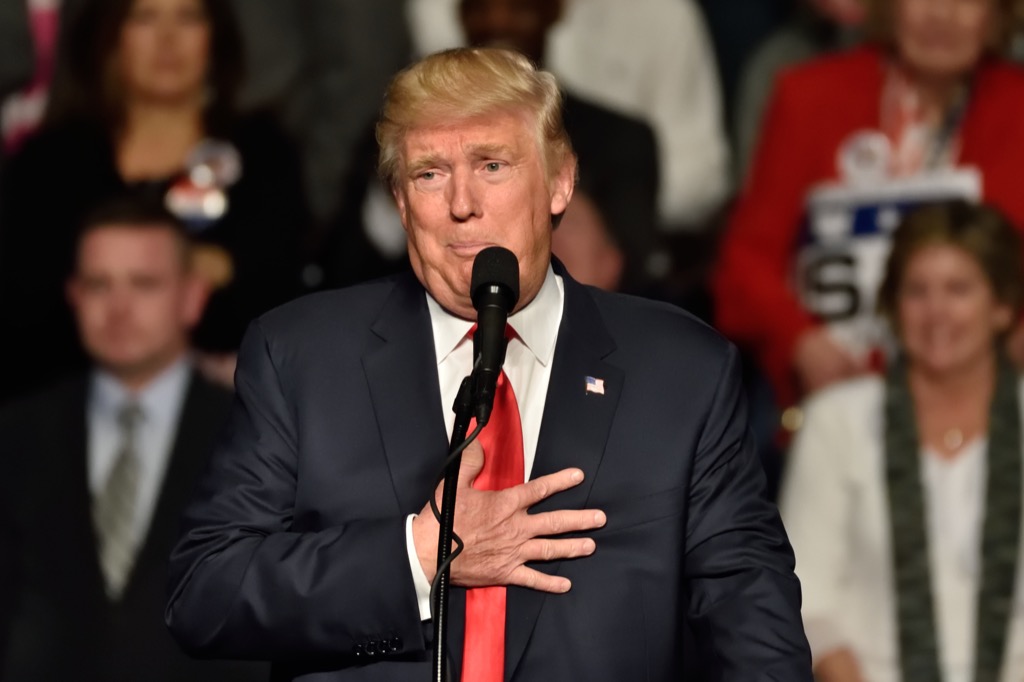 Perhaps the most surprising reality star career change of all goes to Donald Trump, who went from hosting and producing The Apprentice to being president of the United States. And for more surprises from the POTUS, check out these 7 Times President Trump's Tweets Baffled the World.