How to put your best (virtual) foot forward.

Speaking to female dating app users teaches you a lot about male dating-app users. (I repeat: a lot.) The most common theme is that, by and large, men are not particularly good at selling themselves on a dating profile, either on apps or online—which means they never get a chance to impress upon potential dates their sparkling wit and vibrant personality in real-time messages. Maybe it's carelessness, or maybe the inability to put themselves in the shoes of the person who'll be putting them into the "yes" or "no" pile with a split-second decision. Regardless, the following dozen mistakes will make anyone swipe left quicker than you can say "hey"—which you shouldn't be doing, by the way. It's one of the 11 Worst Dating-App Message Mistakes Men Make. 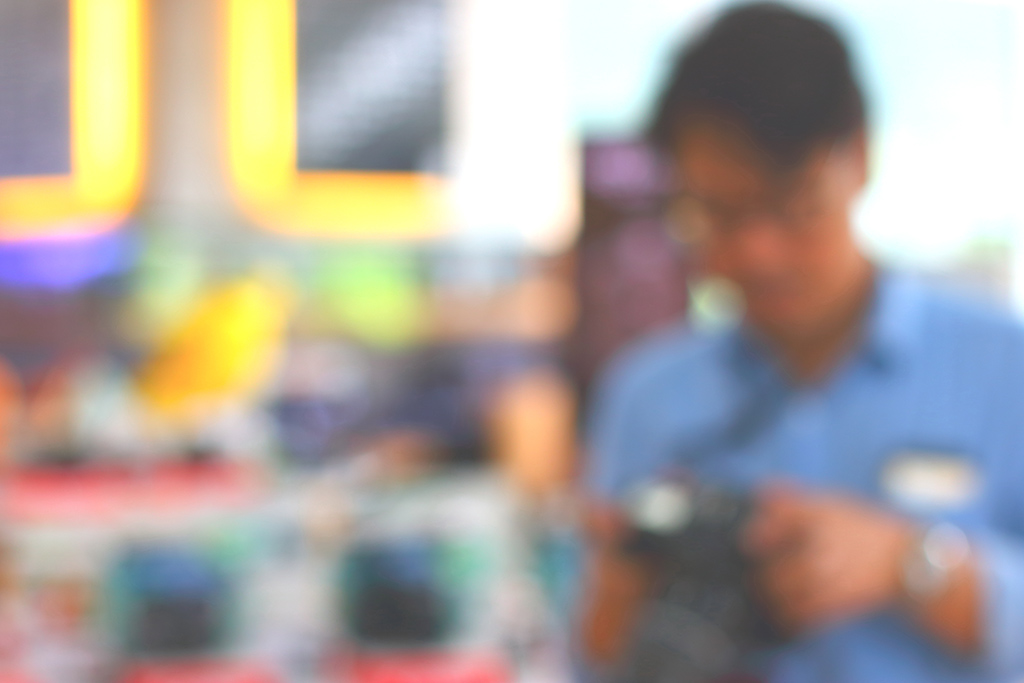 What constitutes bad is obviously subjective, but in this context "bad" can mean any photo that doesn't clearly show your face. Whether we like it or not, if a person doesn't like your mug, chances are slim that they're going to read on to discover what a rich and interesting character you are. Put your best foot forward and select a profile picture that is focused, well-lit, not overly doctored, and most importantly, sort of how you look. We're not saying you have to use your LinkedIn picture, but something that gives the right impression. And if you need help with that LinkedIn pic, here's our guide to the art of choosing the perfect LinkedIn profile picture.

2
Using a picture that isn't even you.

You'd think that this one goes without being said, but a significant percentage of dating-app users lead with a picture of someone or something other than themselves. A picture of anything or anyone besides you is likely to result in the schwiftiest of left-swipes. (Unless it's a picture of an adorable puppy that you actually own. That one might work.)

If you feel that your aesthetic heyday was during George W. Bush's second term, believe me, you're not alone. While it's tempting to want to lead with a picture of you in your prime, you're date isn't going to take kindly to the subterfuge when you show up looking much older. It may sound trite, but your attractiveness really does hinge on owning who you are, not who you were or indeed who you will be.ae0fcc31ae342fd3a1346ebb1f342fcb

A good rule of thumb is to try and post pictures taken within the past 18 months: A window of time in which you probably weighed the same amount or sported around the same amount of hair. If you really want to show your adventurous side by posting a five-year-old picture of you summiting Mount Kilimanjaro, add a caption that notes the year. You could also go the extra mile for a current adventure pic and make a plan to go on one of the 25 Adventures Every Man Should Have.

Let's face it: One of the main reasons we work out is to look better when the clothes come off. But, while it's certainly not true for everyone, many women explicitly say that a profile chock full of shirtless pics is something of a turn off. If you really want to promote the six-pack you've been toiling away on regardless, make it an action shot of you playing frisbee on the beach as opposed to a flexing pic in your bathroom mirror, and try not to make a shirtless pic your main picture. A better—and more subtle—tactic for broadcasting your physical fitness may be to post pictures of you wearing well-fitting clothes that accentuate broad shoulders, a narrow waist, and toned arms. For those of us who need a few tips in the ab department, try the one core exercise that shreds your entire abdomen.

5
Packing your profile with group shots.

You love your crew, and that's awesome. It's also important to show that there are other humanoids who can vouch for you. That said, try and keep group shots down to a minimum. First off, if all of your photos are group shots, it'll be hard for people to figure out which one you are and quickly move on.

And on a related note, many women aren't really sure what to make of guys who post pictures of themselves with other women when they're left wondering what the story is. Is the woman your sister, your friend, your ex, your girlfriend? In the dating app universe, confusion can often result in a left swipe. That said, you should also make sure that you don't end up…

When a guy's profile pictures are all selfies, women assume he's a massive narcissist—or worse, that he doesn't have any friends. "One or two photos of you with friends, looking happy and natural, are way better than a profile full of boring, posed selfies, with no friends or interests," online dating wingwoman Em Hammel of menaskem.com. If you're feeling you don't have enough close friends, though, here's How to Build a Bromance as Strong as Your (Future) Marriage.

7
Lying about your height.

According to a study from Rice University and the University of North Texas, height is more important to many women than many other features, for a variety of reasons. Most dating apps know this, and allow users to set height parameters to hone in on potential dates of a certain height—meaning that if you don't measure up, you get filtered out. You may find it tempting to add an inch (or two, or three…) to increase your visibility, but this misrepresentation will be a disappointment when you meet each other—and it won't take many such disappointments to destroy your self esteem, according to dating coach Donna Barnes.

"If someone agrees to meet you and you show up physically different than what you described, you immediately show her (or him) she can't trust you," Barnes explains. "You're now fighting an uphill battle to win her over. Trust is the most vital part of a relationship: Without trust there is insecurity, doubt, miscommunication, arguments, and no real emotional intimacy." Once you're happily dating, though, don't feel the need to share every single detail—there are actually 13 secrets you should always keep from your partner.

8
Lying about your age. 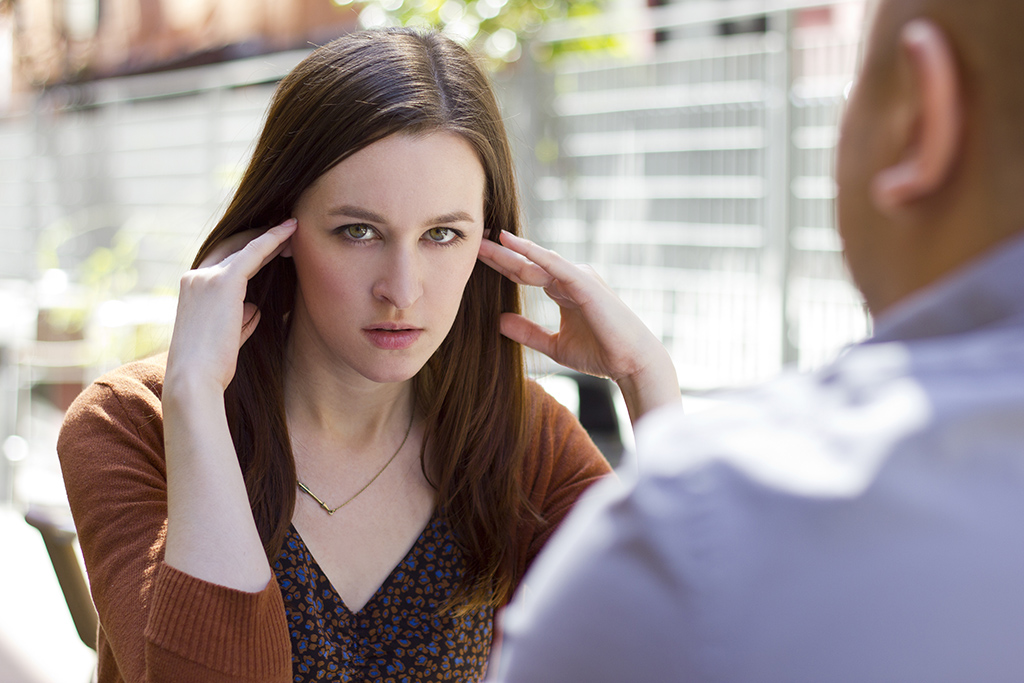 Dating apps also allow users to filter by age, meaning that you're either going to be too young or too old for some individuals' personal preferences. As with being dishonest about your height, lying about your age is going to be a bummer when you show up sporting a fifteen-year age gap that she didn't sign up for. If you like women that are older or younger than you are, don't be coy about it by playing with the parameters: Say it clearly in your profile. If you like older women, for example, rest assured that there are plenty of older women who hanker for the energy and vitality of a younger guy.

While it's very easy to leave typo in your dating profile if you're rushing to get it done, people are going to notice, and never in a good way. "Glaring errors can make you look careless or lazy," says Em. If you have a problem with spelling and grammar, that's fine, since we live at a time when there are plenty of tools that check errors and improve how we come across in our writing.

That said, you really ought to re-familiarize yourself with some common errors that might make someone think twice about swiping right or choosing to start a conversation. Start by ensuring you know the difference between it's and its; you're and your; their, there, and they're; and to, two, and too. Related to this, check over your profile to make sure you don't have one of the 40 Things Men Over 40 Should Never Say. While being authentic is key, being a pill or a grouch is unlikely to have people salivating at the thought of spending an evening with you, because hearing your opinions on why this thing or that thing sucks just isn't fun. (The cool hipster attitude of letting people know how much you don't care is so very uncool, in fact.)

More importantly, negativity is indicative of pain. "Everyone has baggage," says Em. "But your online dating profile shouldn't give a girl reason to doubt you're the well-adjusted guy you are. We'd rather learn about your baggage while also discovering all your amazing qualities. Then we'll love you for you—battle scars and all."

11
Having a generic-sounding profile.

Oh, you love to travel? You love watching movies? You're laid back? You're looking for someone caring and kind? Well guess what? These tidbits would apply to just about anyone. You might as well reveal that you spend most of your time metabolizing. Don't be afraid to let your idiosyncrasies show, because no one wants a 100% basic bro. If they do, you don't want them. When it comes to writing about the things you like, get a little granular and briefly describe what it is about those things in particular that float your boat.

12
Spending too much time defining yourself.

On the other hand, "Guys who try to create the big picture always end up saying general, boring things, like, 'I'm Mike. I'm not very good at writing about myself…but I'm a responsible, funny guy who likes to have a good time.'" says Em. "I skip over those profiles because they all sound the same. They don't show girls what a guy's really like, and they don't show me what we have in common."

Em says that to succeed at standing out, your dating profile should identify the reason why you'd say you're funny or easy going. "For example, maybe it means you can take a good ribbing. It could also mean that you'd rather chill on the couch with a beer and a movie instead of hitting the clubs on Saturday night. Always identify the things you do or feel that are why you're 'responsible,' 'fun-loving,' 'active,' or 'kind-hearted.'"

This advice applies to your first few meet-ups, too: Your date wants to get to know you, so truly be yourself. For more advice like this, check out the 7 Expert Dating Tips from Silicon Valley's Top Millionaire Matchmaker.