The 15 Worst Reasons to Delay a Breakup

The most compelling case for being single could be right in front of you.

Saying goodbye to someone you love is hard. So much so that the agony of simply making the decision to break up is usually way more difficult than the actual breakup itself. After all, unless your S.O. has done something egregious—like, say, chosen to sleep with your best friend—it's all too easy to delay pulling the plug based on nothing more than a swirl of iffy feelings and emotional confusion.

To help provide clarity, we've compiled all of the most common—and worst—reasons why people decide to stick to a relationship when they'd be better off heading for the door. So if any of these sound overly familiar, you may want to rethink where things stand. And if you're scared truly scared of being alone, be sure to read our list of 15 Signs You Should Definitely Be Single. 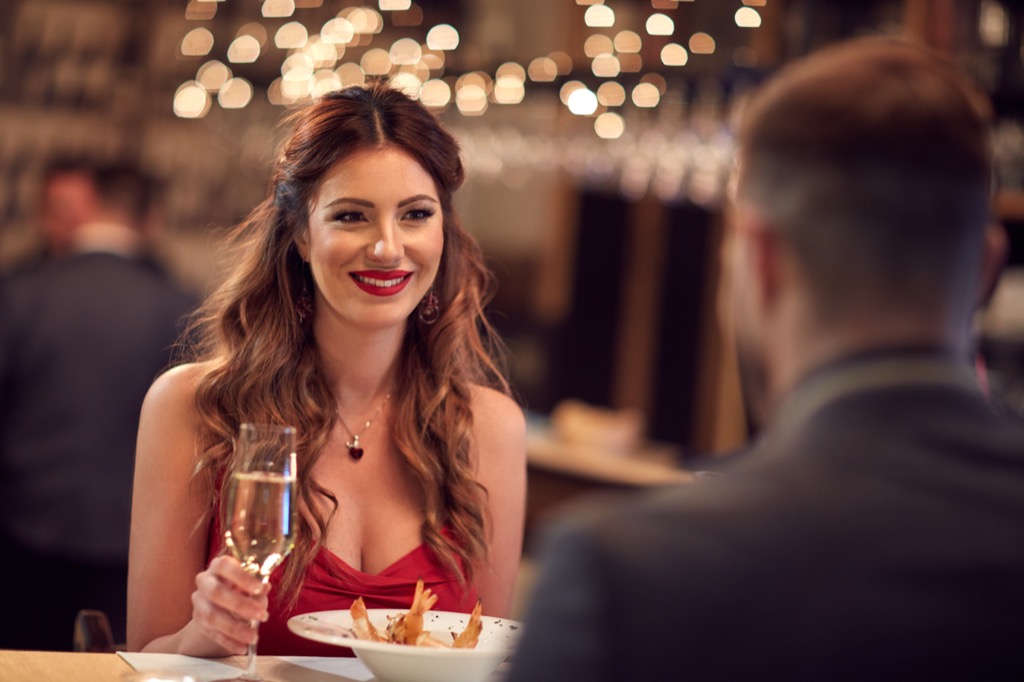 Newsflash: There is no "right time" for a breakup. If your anniversary, Valentine's Day, or their birthday is coming up and you're worried about how a split might affect them or you want to partake in the celebration, it's actually kinder to just get it over with. "People put off ending a relationship because they don't want to miss out on something fun or 'ruin' a big day for the other person," explains Susan Golicic, Ph.D. and certified relationship coach. Not only is it selfish to stay just because you want to do something fun or you're concerned about causing a big blow up, but it's also dishonest. Plus, you can be smarter about breaking up by avoiding saying these things. 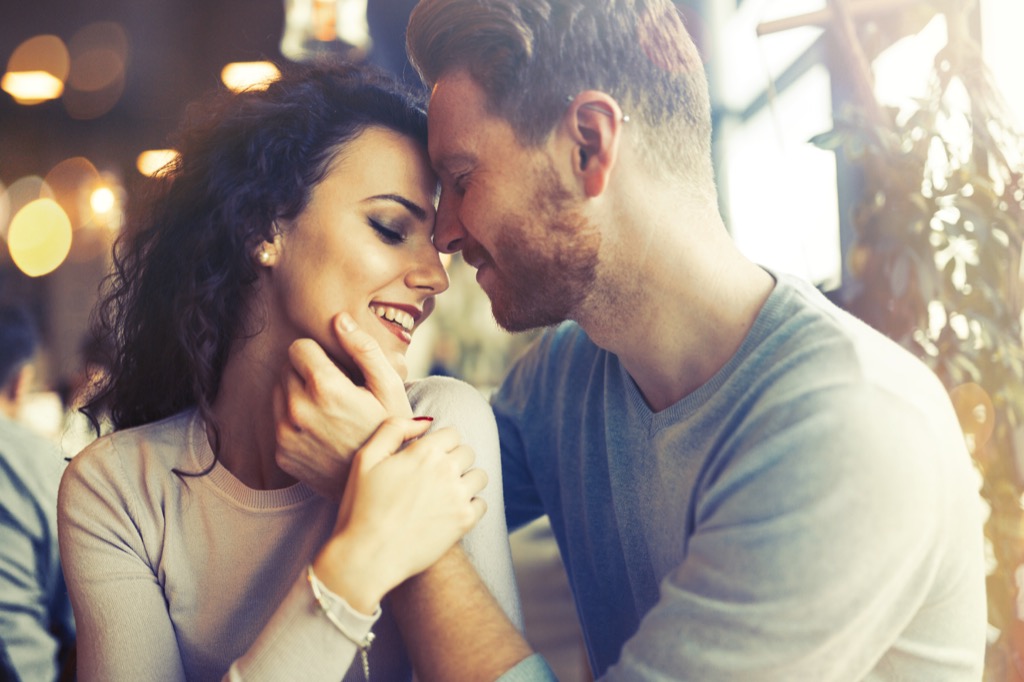 "You and your partner may look like the perfect couple on the outside and a lot about your relationship may make sense, but you could be extremely unhappy, unfulfilled, and unsupported," says Shula Melamed, a relationship and wellness coach in NYC. If this sounds like you, it's better to take steps toward a breakup. "Keeping up appearances will take a toll on you emotionally and psychologically." Now if you're not sure if you should break off a relationship, here are some warning signs to look out for.

3.
You Love Their Family 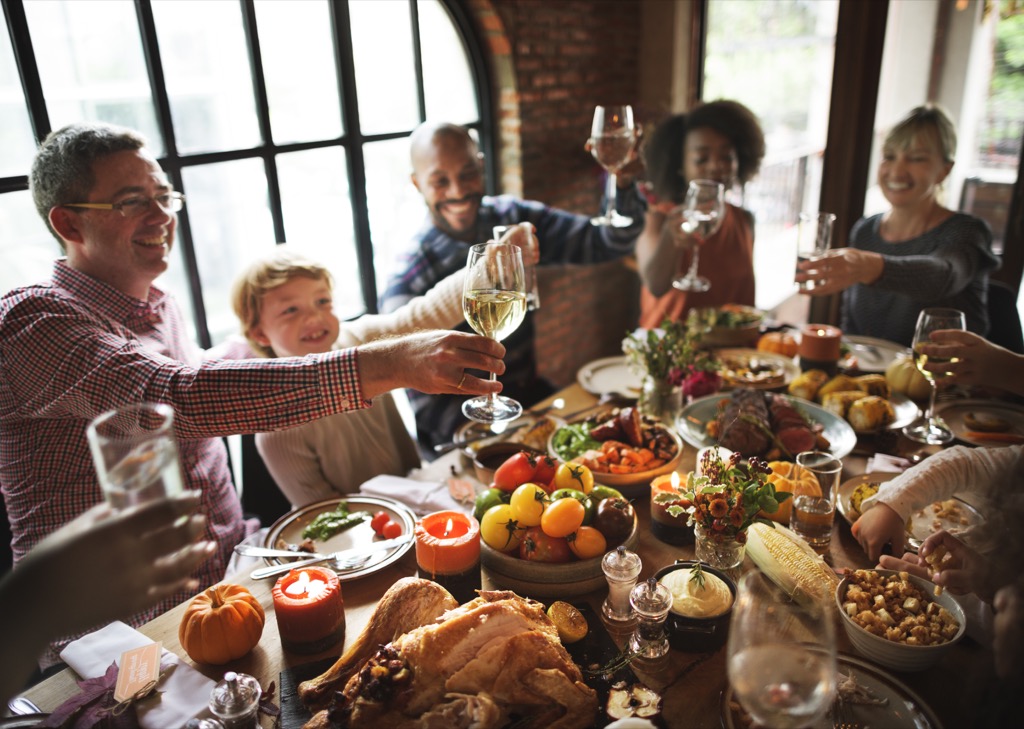 Just because you get along well with someone's relatives (and maybe like them even better than your own) isn't a reason to stay with them and avoid a breakup. "You are partnered with the person and therefore your daily life is with them—not their family," says Jenn Kennedy, a licensed Marriage and Family Therapist located in Santa Barbara, CA. "Staying because you love the family will eventually breed resentment and force the family to choose between you and your partner. You can't fairly expect support or sympathy about your relationship from that person's own relatives." Although if you like your partner but dislike their family, here's why you should keep that to yourself.

4.
You Think They're A Good Person at Heart Maybe you're going through a rough patch with your S.O., but you write it off because you know that deep down, they're fundamentally good. "These feelings keep people in bad relationships all the time," says Montigus Jackson, a Licensed Mental Health Counselor who specializes in couples counseling. "It is hard for people to put their feelings aside for the betterment of their well-being." If this sounds like you, take a hard look at what your recent experience has shown you about your partner. But if you want your current relationship to last forever, here are the secrets of the best relationships.

5.
The Sex Is Amazing 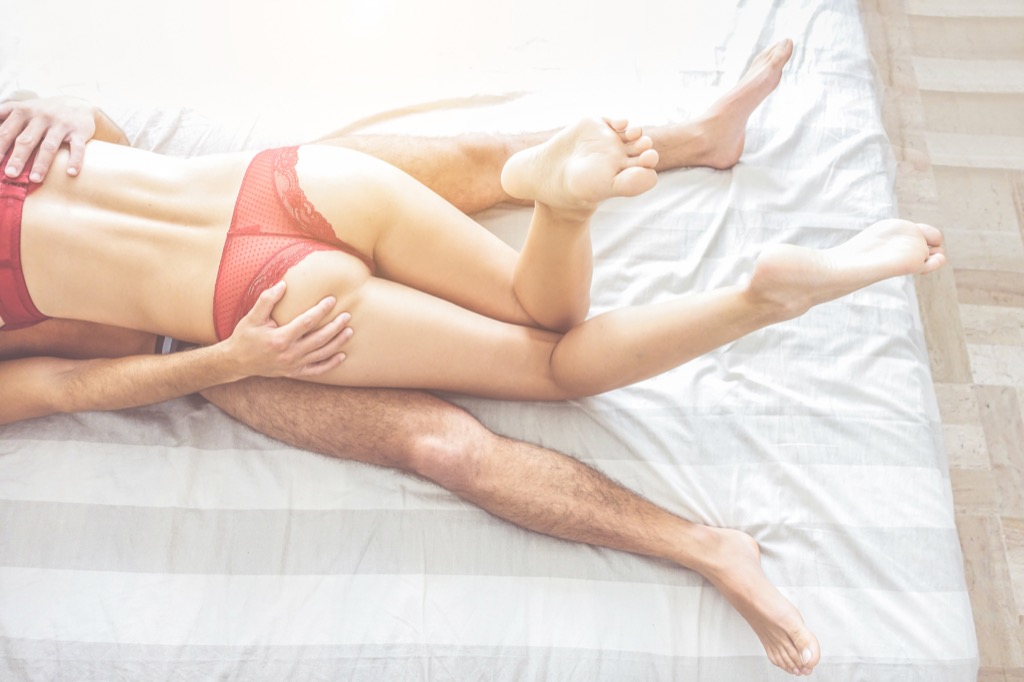 "All good relationships begin with good chemistry!" says Esme Oliver, Dating Expert and Author of Smoke Drink F*#k. "While chemistry and hot sex are certainly important, you can't stay in a relationship that is dysfunctional merely because what's happening in the bedroom is good." That's because you're likely missing out on true intimacy and real love.

6.
You're Staying Together For Your Children It's natural to worry that a breakup or divorce would affect your children, and it's definitely an issue that should be handled with care. But often, parents who want to split up can do a better job separately than together. "Children need a nurturing, loving, and healthy environment," says Dr. Foojan Zeine, a psychologist and author of Life Reset. "A cold or hostile environment filled with resentment and agitation does not create a safe space for children to live in or provide a role model to base their future relationships on," she explains. "Happy parents who are divorced and take care of their children would be a healthier space for the children to grow in." Plus, there are plenty more ways to be a great dad.

7.
You're Afraid to Be Alone

Sometimes, remaining in a less-than-ideal relationship feels easier than facing up to being single. But "staying with someone just because you want to be with someone is not a great reason," says Melamed. "If you let fear dictate your choices, the outcome of those choices won't be anxiety-free or necessarily what will serve you best. Instead of embarking on a fear-based relationship, examine why you have anxiety around being alone." And besides, we have some great dating advice from a highly sought after matchmaker to help you get back in the game.

8.
They Treat You Better Than Anyone Else Has

If you've had a bad relationship in the past and you're reason for staying in your current one is that it's not as bad, that's a big red flag. "Comparing your relationship to the worst one you have ever had is a low bar to set," says Jim Seibold, a Marriage and Family Therapist in Arlington, TX. "It means the current relationship only has to be slightly better than another bad one." Instead of accepting less, "Aim high," Seibold recommends. "If someone doesn't treat you with dignity, respect, and honesty, keep looking."

9.
Your Partner Is Going Through Something Difficult 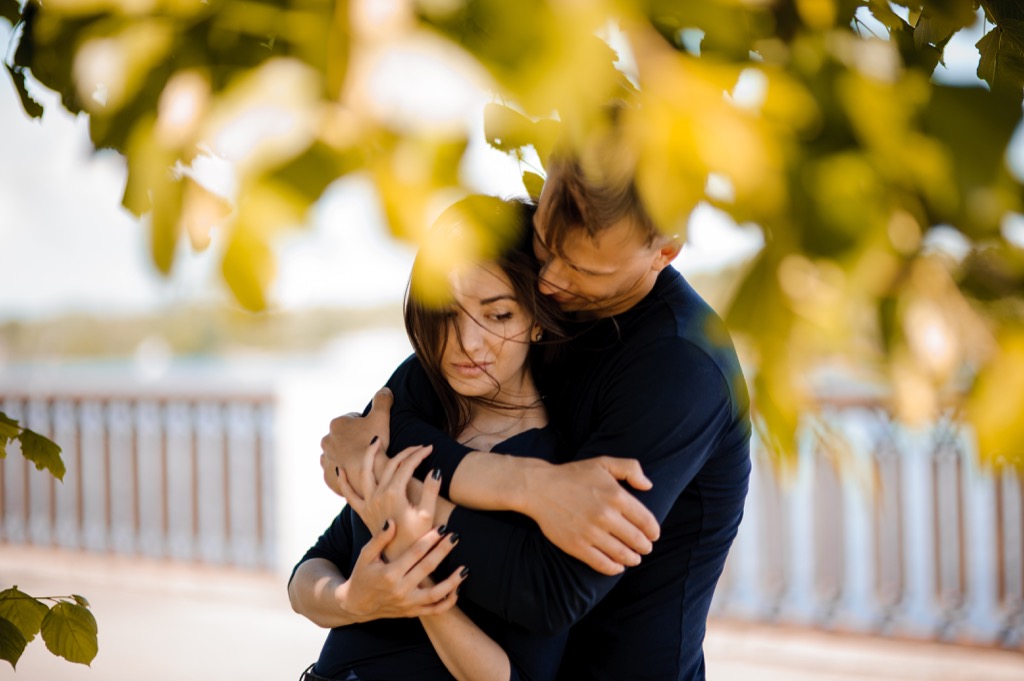 It's natural to want to be there for someone you care about when times are tough. "People stay in a relationship when they don't want to add to the hurt the partner is already experiencing," notes Golicic. "However, by staying you are lying to the person, and they will be hurt worse when it does end because they will know you stayed out of pity," she says. That, or they might sense the inauthenticity in your support and be even more upset. "It is best to be honest with the person (in a compassionate way). Once they work through the hurt, they will agree it was the right thing to do." 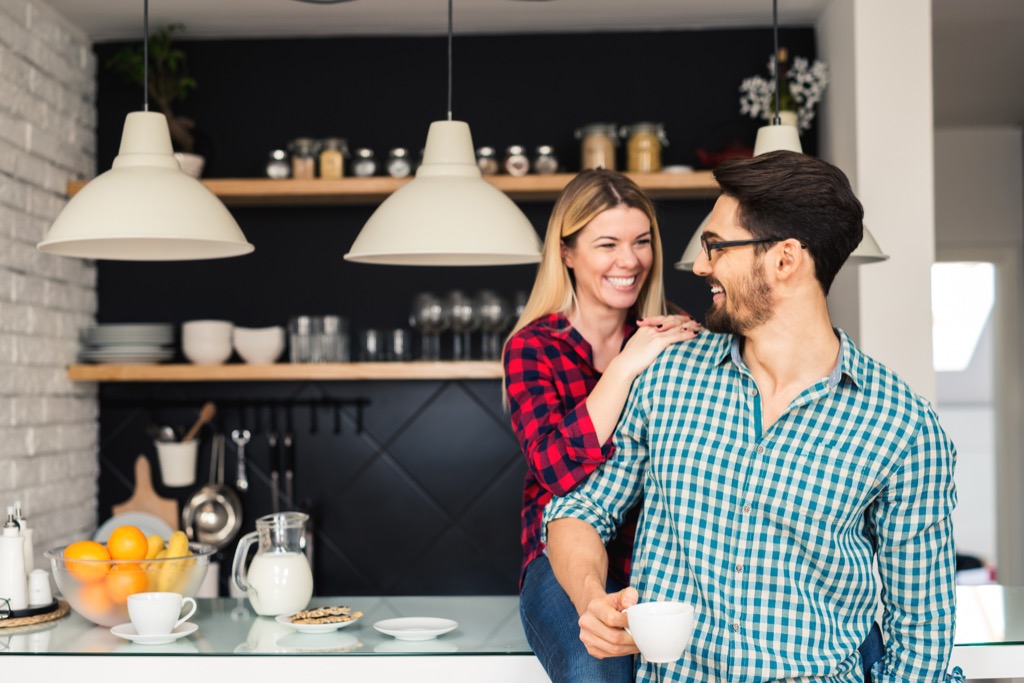 Staying with someone because it's easy even though you know they're not the right person for you is more common than you'd think. "When I work with couples in this scenario, it is worrisome," says Wendi L. Dumbroff, a Licensed Professional Counselor who specializes in couples and sex therapy. "All the doubts that were present beforehand will not just fade into the background. On the contrary, they are likely to magnify and become more of an issue. Additionally, the foundation of the relationship is never really solid, so there is not a strong base to draw upon when they come to therapy for help." In other words, it's probably smarter to start from scratch. And when you do, start on the right foot by saying one of these things on the first date.

11.
You're Worried You Won't Find Anyone Better 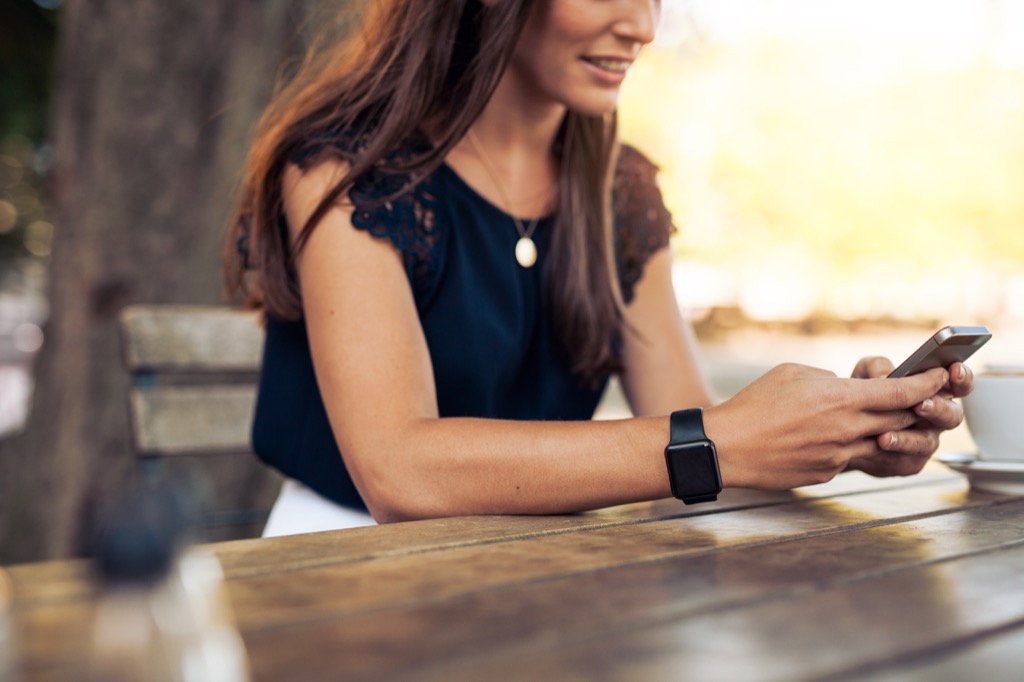 Maybe getting back on dating apps sounds like a total nightmare, or you just think your current partner is the best you can do. This kind of thinking is dangerous. "After being with someone for so long, we not only fear being alone, but we also fear that we aren't good enough for anyone else," explains April Davis, relationship expert, life coach, and CEO of LUMA Luxury Matchmaking. "This is so harmful because it's untrue. You're worthy of the love that you give." Besides, there are plenty of dating apps that aren't so bad.

12.
You're Afraid of What People Will Say

When breakups happen, people talk, and that's not always easy to deal with. "It's hard being the subject of attention when the topic is breakup," Kennedy says. But that's not something you should let stop you from being truly happy. "Often the fervor over what happened will settle as the next drama presents itself. Others take signals from you, so if you can move on with a positive, mature attitude, they likely will, too." "Sorry to say, but it's unrealistic to expect people to change," says Davis. In fact, people can only really change when the motivation comes from within, and even then it can be an uphill battle. "The habits and traits that you hate so much are sewn into the way they are. If you stick with that person, you'll continue being let down," she explains.

14.
You've Been Together Forever 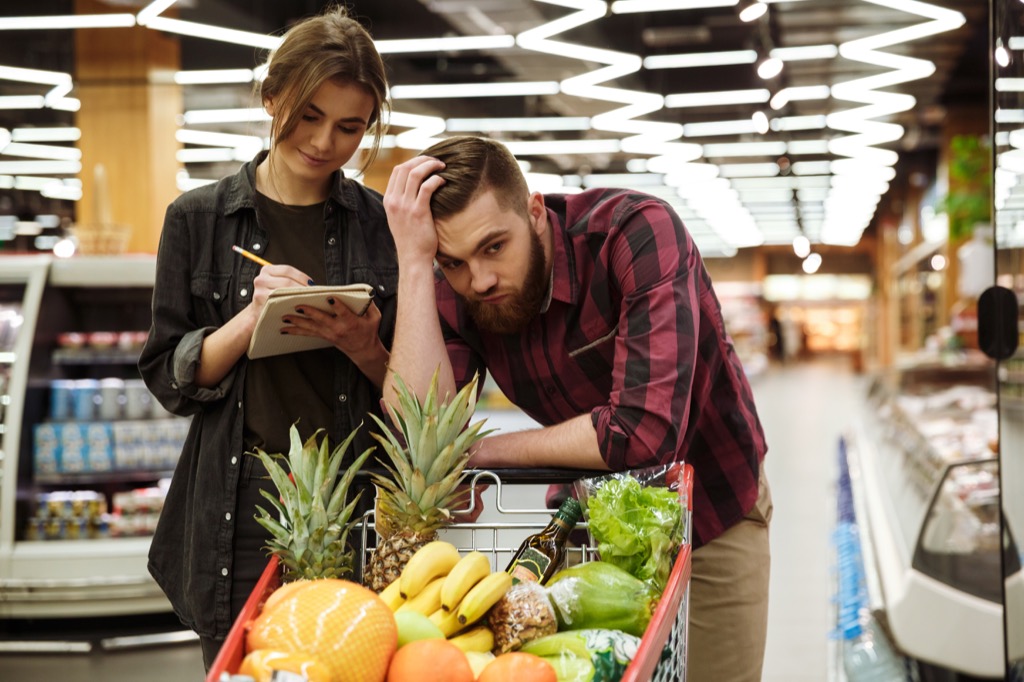 "Longevity makes it harder to leave, but should not be a reason to stay," says Seibold. Just because you have history doesn't mean things are bound to work out eventually. "If you are not able to resolve the problems, staying together longer is not a good fix," he adds.

15.
You Worry About Making It On Your Own 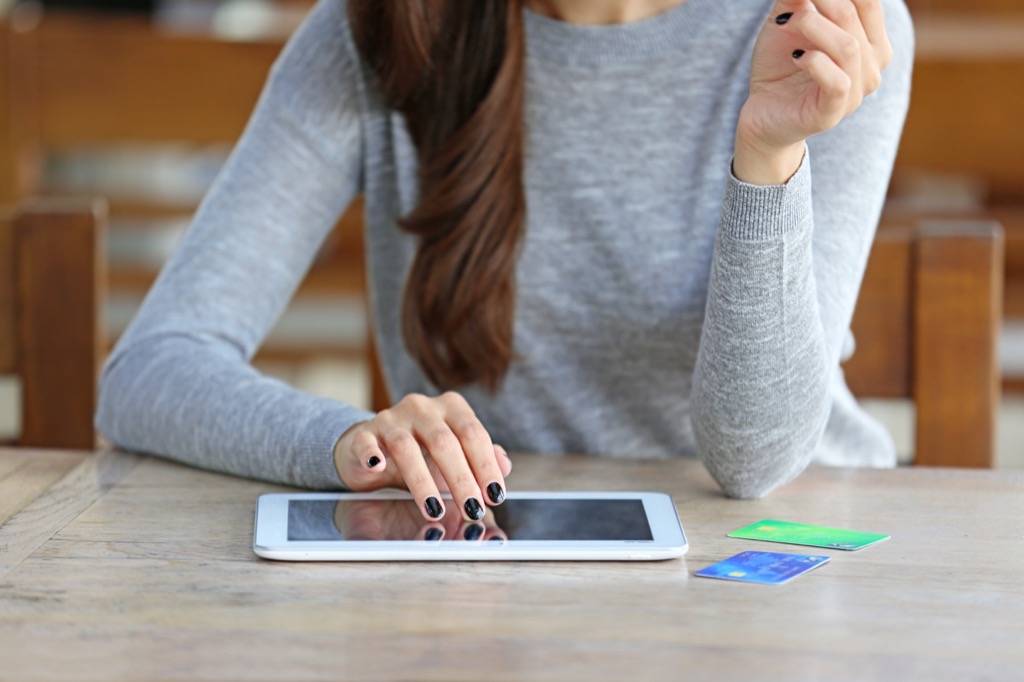 There's fear of being alone, and then there's fear of whether or not you can survive on your own—and these are two very different issues. "One of the worst reasons people stay in relationships is also because they don't feel ready—or secure enough both mentally, financially, and emotionally—to breakup and have to build their life back up on new terms," notes Chelsea Leigh Trescott, a breakup coach. Maybe you're not sure how you're going to pay your rent or you feel you need your partner's emotional support to continue on with your day-to-day tasks. Either way, if that's the only thing keeping you invested in the relationship, it's time to reevaluate.