Some careers aren't meant to last a lifetime.

When you were a kid, what kind of job did you imagine you'd have as an adult? It was probably something romantic and cool, like an astronaut or fire fighter or Navy SEAL. That all sounds great in theory, and it might even be a profession you end up pursuing as a grown-up. But none of those careers are something you stay with for a lifetime.

For one thing, they all have age restrictions. You're lucky to make it to your mid-20s in any of these fields before you're forced into retirement. One aspiring firefighter was even barred from joining, despite being "in the best physical shape of my life" (according to him), because he was 30. But like it or not, the age glass ceilings are there for a reason. Some careers are more suited for workers in their 40s and beyond, and some are just really, really not.

Here are 20 jobs that you might want to avoid if you're over 40 years old—whether due to industry forecasts, job security, their impact on your health and happiness, or simply the fact that they're always looking to hire young and younger. And if you're reevaluating your job, be sure to check out the 40 Best Ways to Jumpstart Your Career. 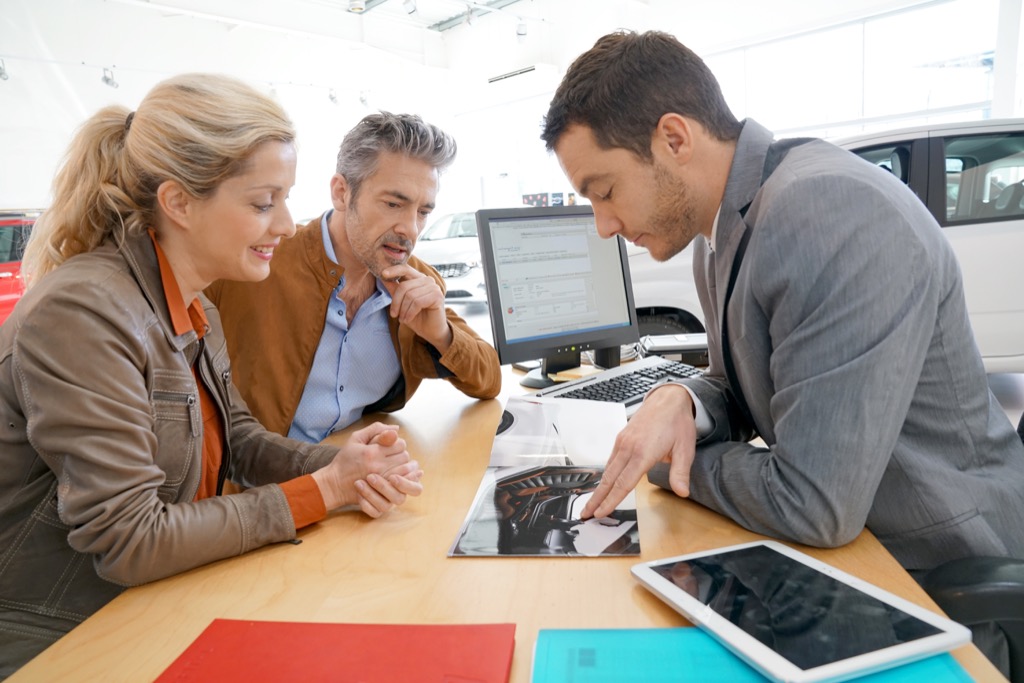 According to a 2016 study, people 45 and older who are employed in sales jobs are more likely to be sedentary, smoke, and have especially unhealthy diets. Oh, and they're also more likely to have bad cholesterol and high blood pressure, which isn't a good idea at any age but especially middle age. And for those of you working to bring down your blood pressure levels, don't miss 40 Ways to Lower Your Blood Pressure After 40. 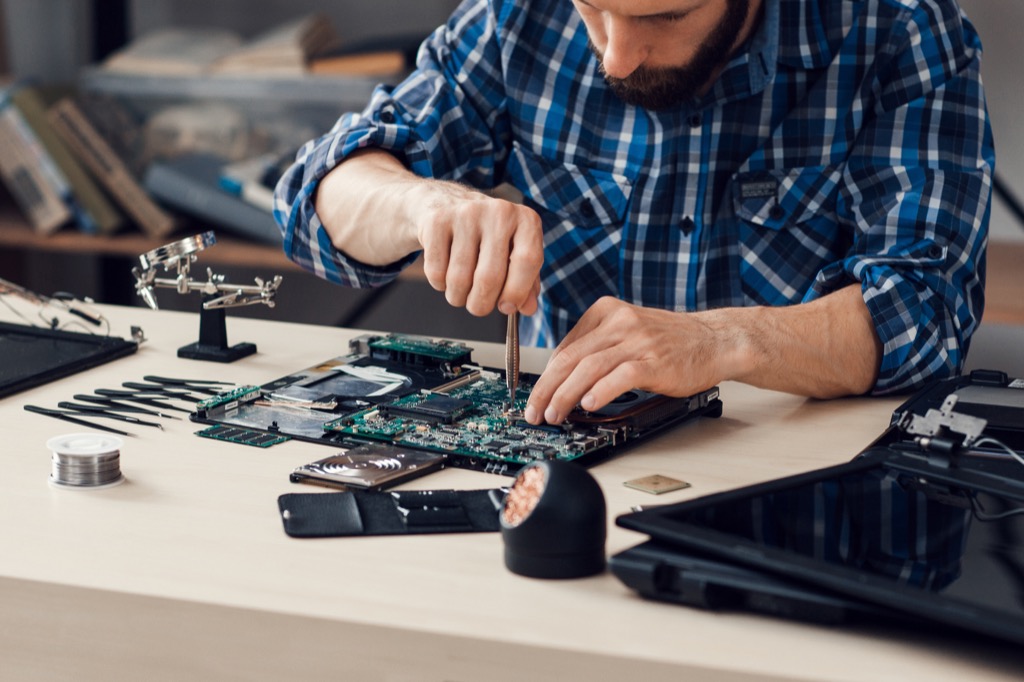 It sure does seem like the perfect job with long-term potential. But it isn't necessarily a welcoming environment for aging employees. A confidential IBM memo leaked to the press, which promised to "correct seniority mix," resulted in the firing of 20,000 American employees ages 40 and over. Tech isn't always a long-term career, especially for (in IBM's words) "gray hairs" and "old heads."

It was named the third most stressful job of 2017 by CareerCast.com, behind firefighter and enlisted military. What's so stressful about it? The hours are long, the customers are grumpy, and unlike most careers, if you hit the wrong switch, there are consequences.

A 2012 study found that almost half of plane crashes are caused by pilot error. That kind of pressure a 40 year old doesn't need. Speaking of flying, if you don't know which celebrity has received multiple awards for his piloting skills, check out 30 Celebrities With Amazing Hidden Talents. 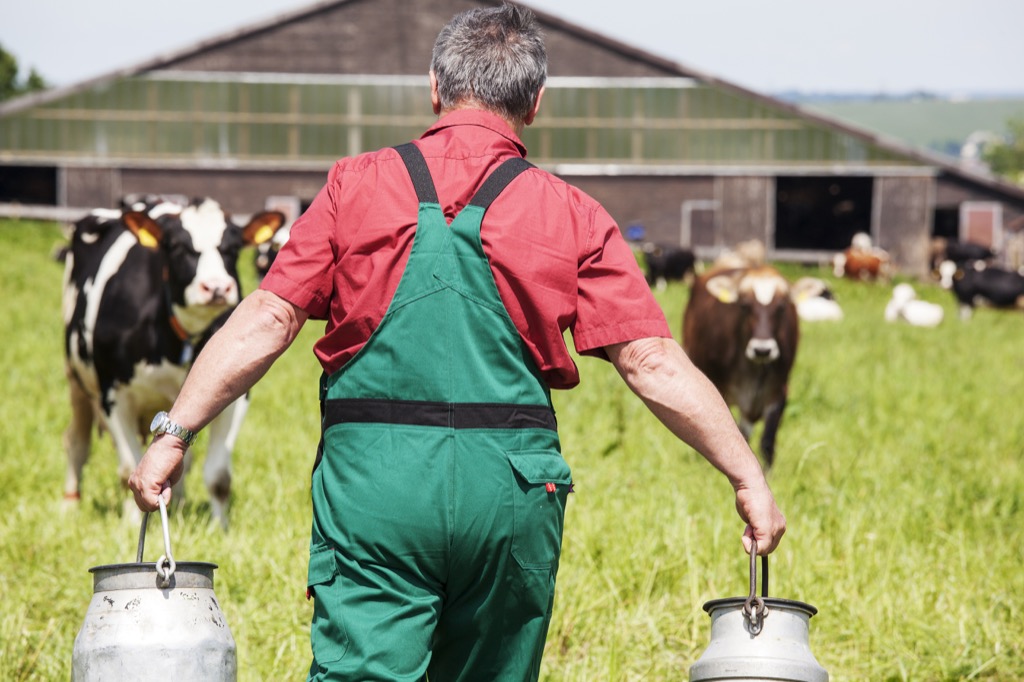 Here's something a dairy farmer almost never does: Sit. According to Hansen's Dairy, a family-owned dairy farm near Hudson, Iowa, being on your feet "all day" is just part of a dairy farmer's life, as is delivering calves, and milking and feeding cows between twice and three times a day. And the care never stops. It's like being the parent of a newborn, but the kid never grows up.

Waiting tables is a rough way to make a living. You're on your feet, the hours are long, and you're relying mostly on tips to pay your bills. To make matters worse, some studies found that nearly four out of five food servers reported a not-so-great daily diet, as they mostly ate whatever was served at their restaurant. 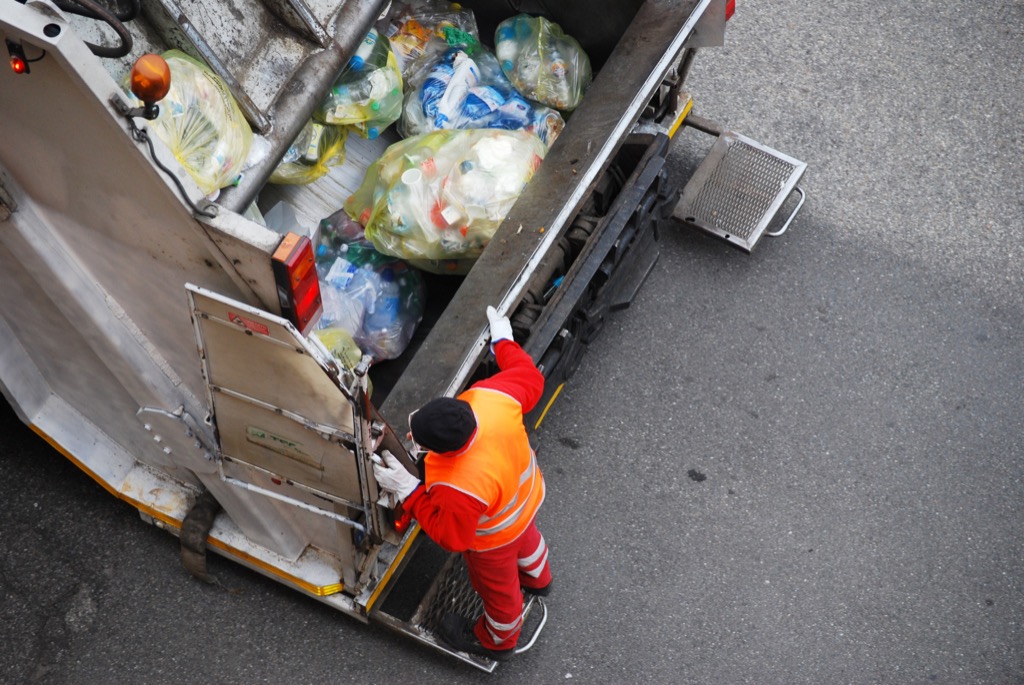 Believe it or not, it can be a tempting career, especially given the high salaries. Some workers can expect to make $100,000 or more. But it's by no means easy money. In many cities, trash pickup crews are expected to run an average of 20 miles every day behind moving garbage trucks. That's six miles less than a marathon. Every… day. Oh, and then there are the accidents and fatalities. They average 25 deaths for every 100,000 full-time workers.

It's right there in the U.S. Post Office creed: "Neither snow nor rain nor heat nor gloom of night stays these couriers from the swift completion of their appointed rounds." When you're over 40, working in snow, rain and gloom just isn't as appealing. And according to the U.S. Bureau of Labor Statistics, postal worker positions will drop 28 percent by 2022.

A fantastic career for people who love gardening and being outside, but it might start to feel less desirable in your 40s, when you realize how much bending, stooping over, and kneeling is involved. Also, you know what stops being fun when back pain becomes a regular part of your life? Wheelbarrows.

You're on your butt and driving around all day. What could be more perfect for somebody reaching middle age? For one thing, it no longer offers the financial stability it once did. According to a recent Wired story, suicides are becoming increasingly common for career cab drivers, as they sink deeper into debt (thanks to competition from Lyft and Uber) and drift away from "the stable lifestyle they once expected." 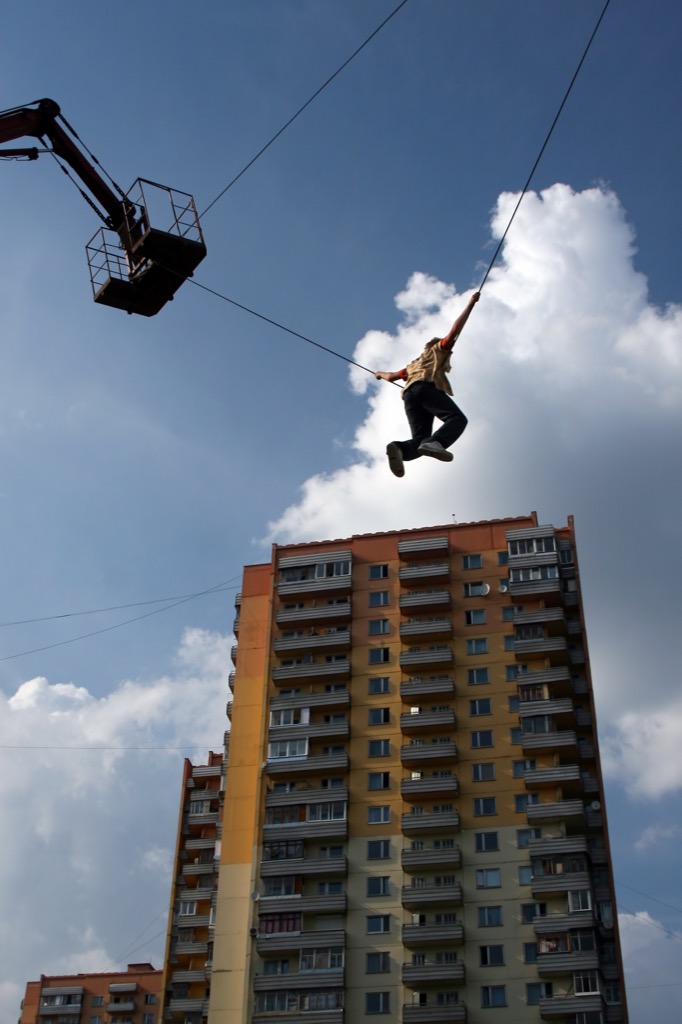 It's a dangerous job when you're younger that gets even more perilous when your body starts to get creakier and your reflexes aren't what they used to be. Also, we're not sure if you've heard, but stunt people get hurt and sometimes die. A stunt man had a big chunk of his scalp torn off while doing The Avengers. And he was one of the lucky ones.

Dean Forster, who's been set on fire and hit by cars in movies like Mission Impossible, downgraded to doing more stunt coordinating than performing when he hit 40. "When I'm 50 I don't really want to be knocked down by a car or fall down stairs," he told The Guardian. 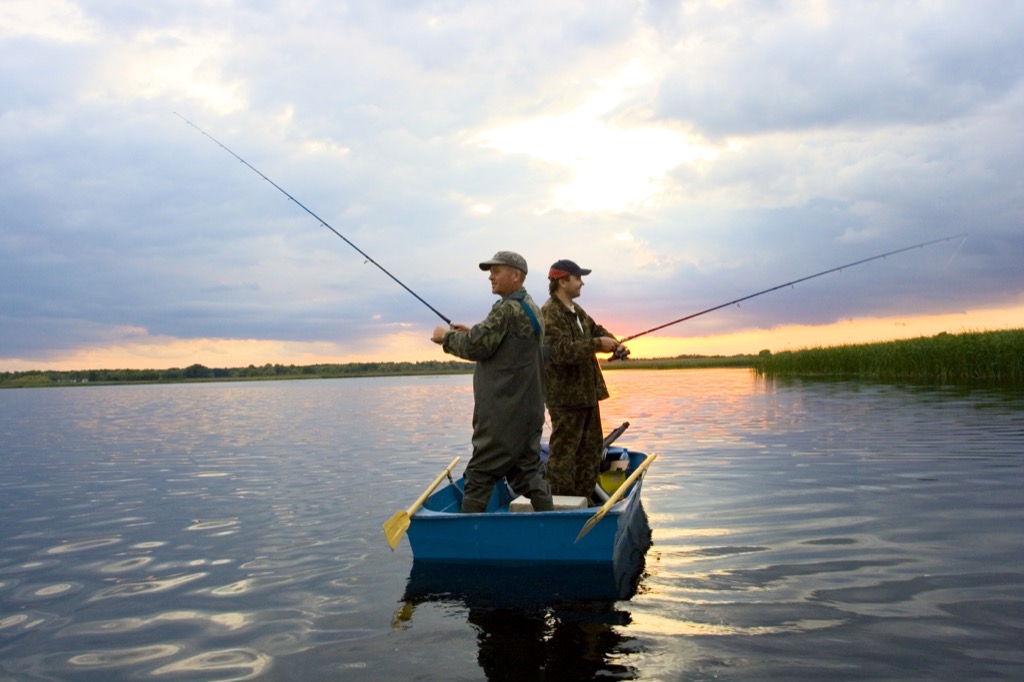 Most people as they get older crave warmer temperatures, but you're unlikely to find that on a fishing crew, where they're often forced to work in freezing weather and on icy boat decks. Even warm-water fishers don't have it easy. "My dad taught me to keep my shirt tucked in," a 40 year vet of the fishing trade once told CNN. "Your clothes can get tangled up and you can get pulled overboard. One guy broke his neck recently." 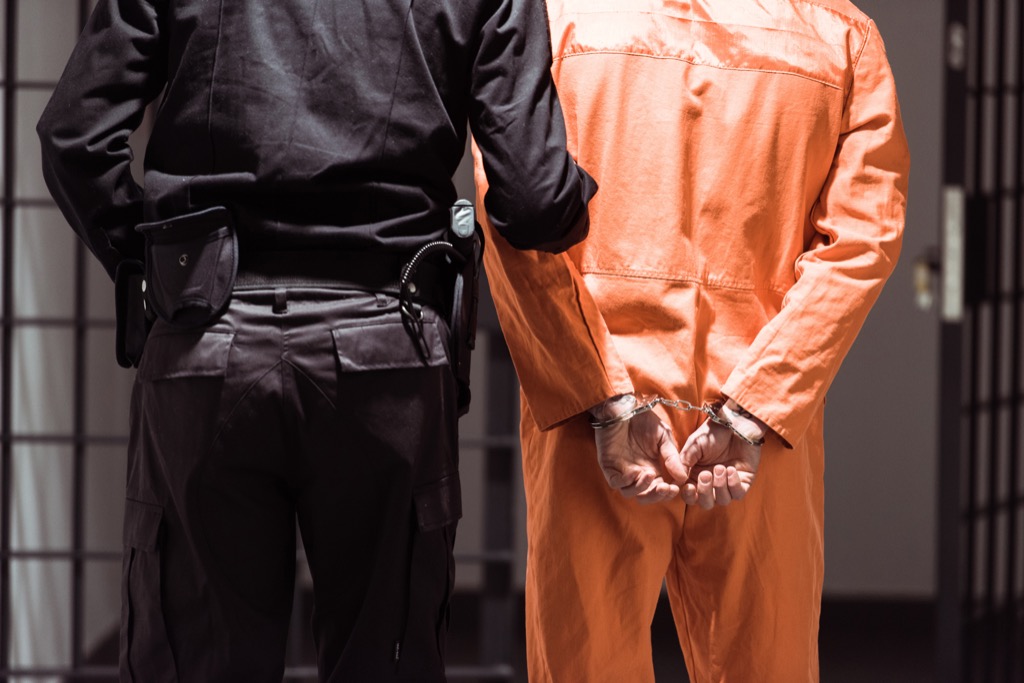 When a veteran prison guard tried to explain his profession on Quora, he used words like stressful, disgusting, and violent ("on occasion, brutally so"). And this from a guy who liked the job. As a general rule, it's probably best to stay away from high-stress brutal violence, but it's an especially bad idea when you've reached middle age. 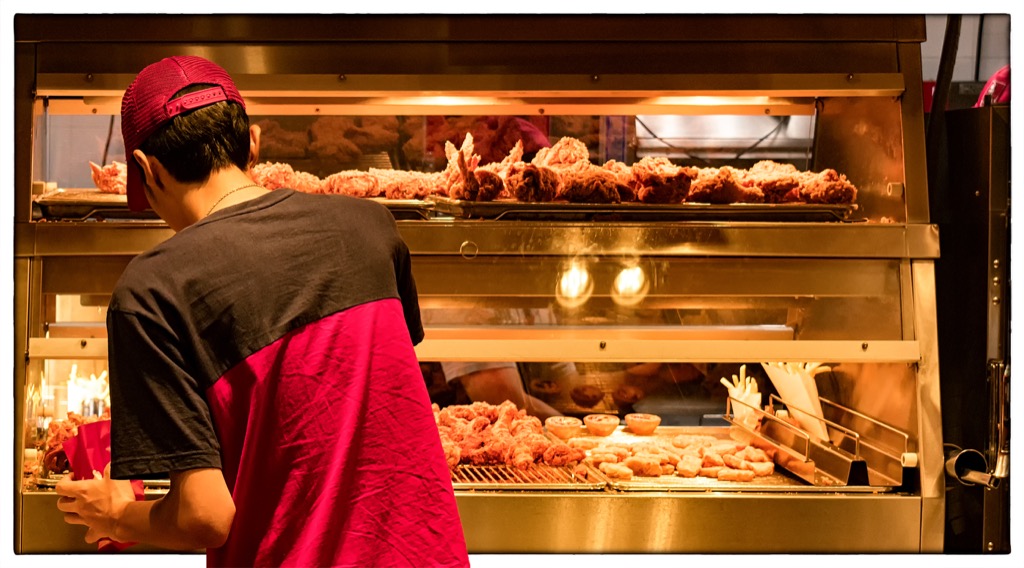 It should be obvious why nobody over 40 should be flipping burgers in a fast food joint, but allow us to remind you of a few reasons. First of all, only 13 percent get any kind of health insurance benefits, which is something you might be needing as you reach middle age. And nobody expects a fast food worker to stick around for the long haul.

"The minimum wage was never meant to be a living wage," Steve Caldeira, the president of the International Franchise Association, told the New York Times. "It was meant, from the start, for entry-level workers and for those with lower skills." 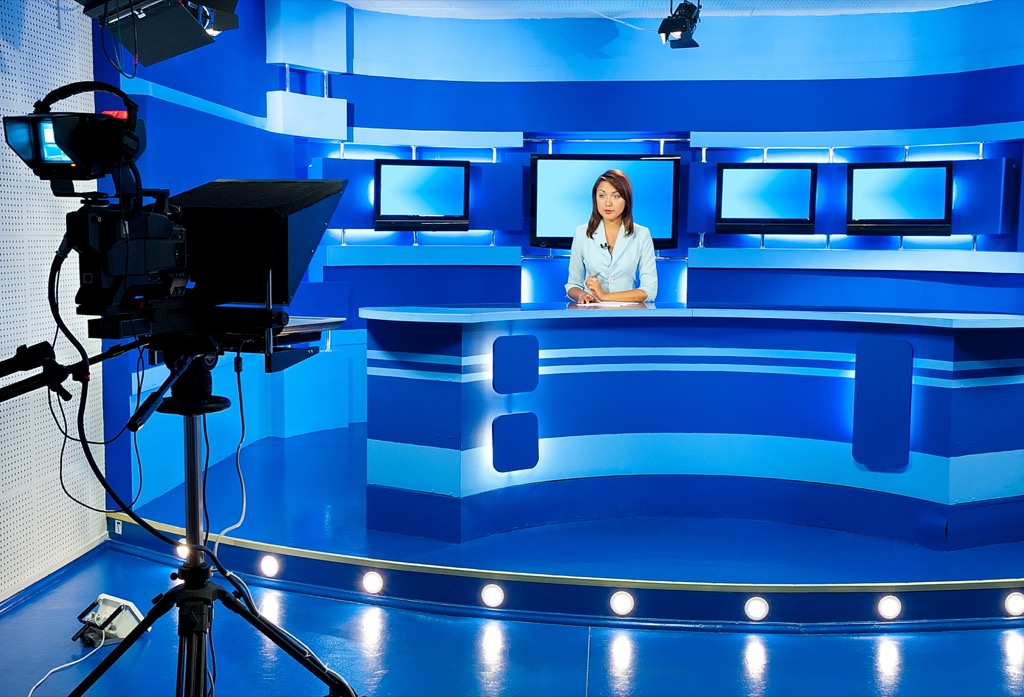 The market for broadcast reporters is projected to shrink by about 13 percent over the next decade, which makes it a risky career prospect. But for anyone over 40, who might have a spouse and children, the unpredictability of a broadcaster's life makes it especially difficult. The hours are long and unpredictable, and when breaking news unfolds, they're probably not going to be home for dinner, or even for bed. Good luck getting a healthy eight hour's sleep. And for more career coverage, check out these 30 Awful Jobs Celebs Had Before They Became Famous. 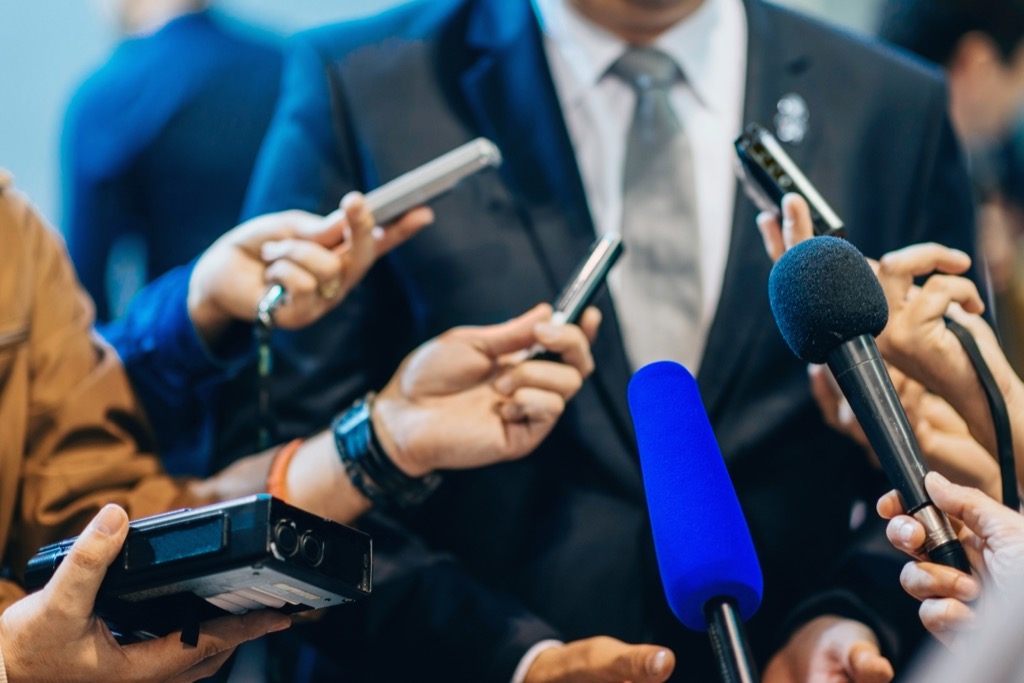 To excel in a public relations career, especially in this modern age, you have to be an expert in all things social media. It's not enough just to know how Twitter works, you need the knowledge to effectively market a person or product on Instagram, and a basic understanding of the difference between Mastodon and Vero. For many people over 40, just being on Facebook so they can like photos of their friends babies is complicated enough.

A 2016 survey by the North American Spine Society found that construction work was the #2 most "back-breaking" profession in the U.S. Sure, the pay is fantastic, as long as you don't mind getting up at 3:30am to work at extremely dangerous construction sites.

As one former construction worker admitted online, "I've personally witnessed men stepping through an unseen hole on a roof and falling twenty feet to a concrete slab below." Unless you're the kind of 40 year old who's extra alert when he's extra sleepy, this may not be the midlife career for you. 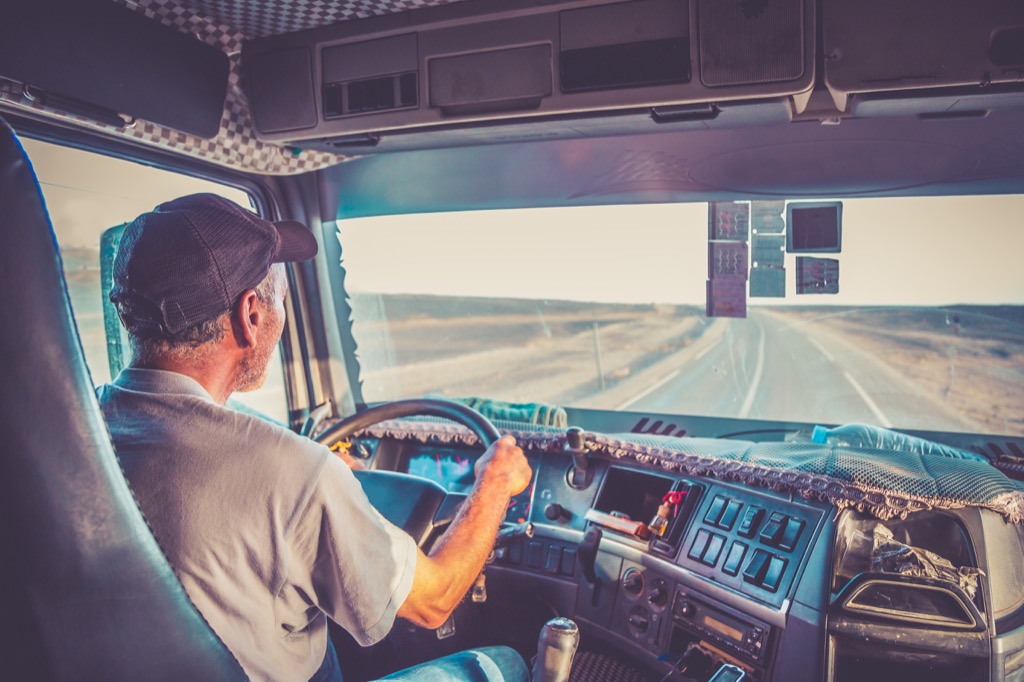 The risk factors for being a trucker is pretty much every health hazard you want to avoid in middle age, according to a study by the National Institute for Occupational Safety and Health. Sixty-one percent of truckers reported serious medical issues like hypertension, obesity, smoking, high cholesterol, limited physical activity, and a miserably low amount of sleep. 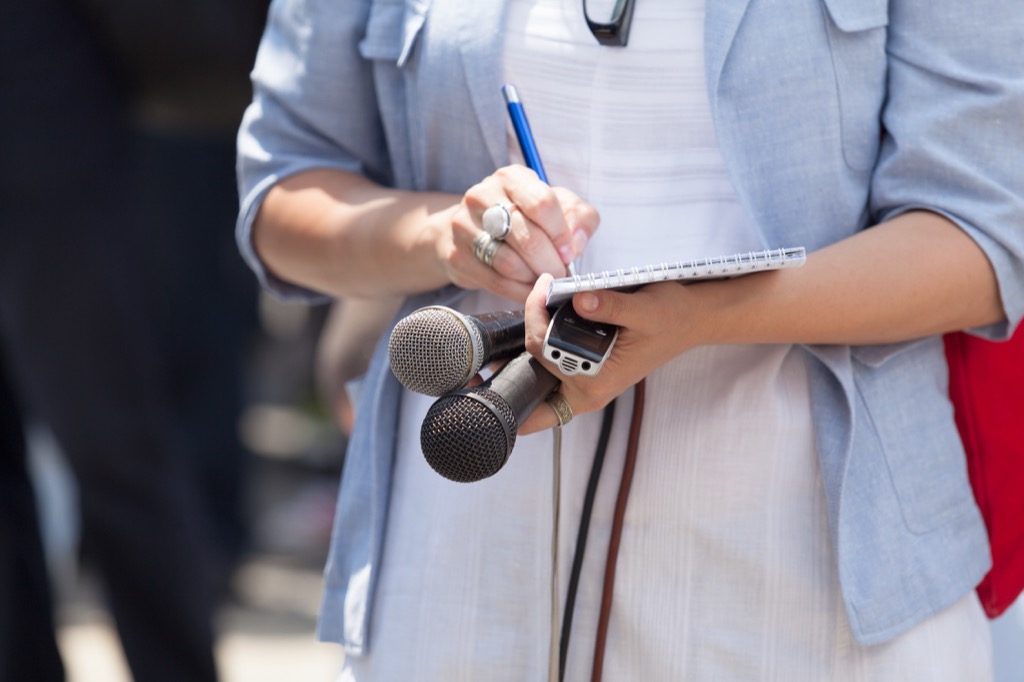 If you're over 40, you're old enough to remember films like The Front Page and All the President's Men, where journalism was depicted as either wacky fun or a honorable profession devoted to exposing the truth. Well, times have changed. Working as a journalist in 2018 means competing with young and inexperienced writers who have no problem churning out super-fast copy and getting paid dozens of dollars. There's no job security or benefits, and the President of the United States dismisses the entire industry as "fake news." 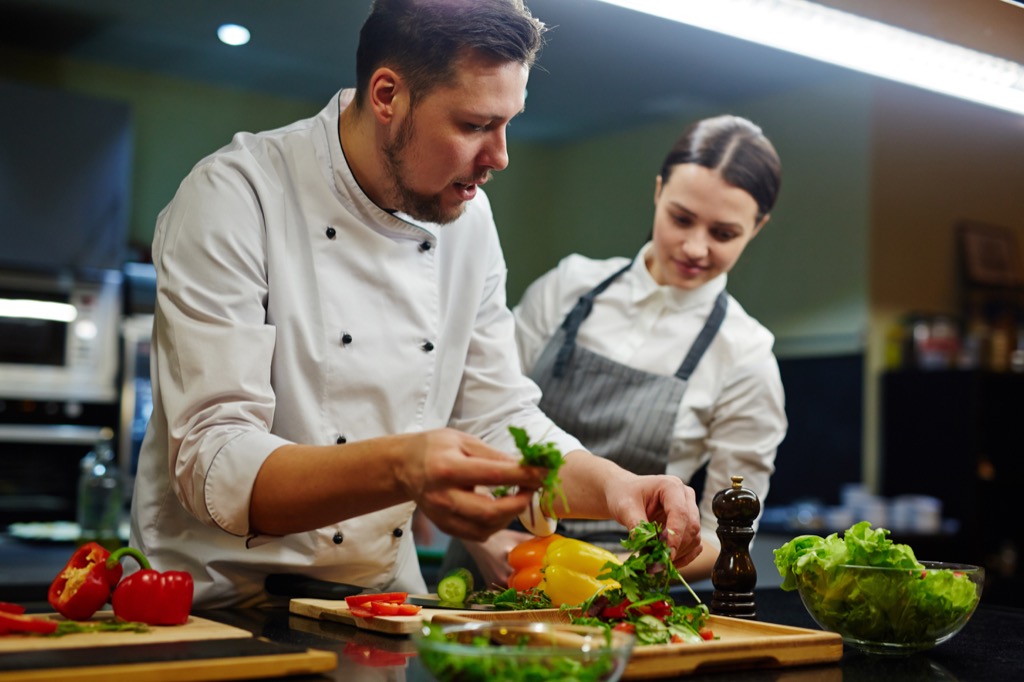 Being a chef sure does look like an ideal job for the post-40 set. Just look at silver foxes like Anthony Bourdain and The Great British Bake Off's Paul Hollywood. But it can be brutal, especially as you get older and you feel less invincible. "When you get sick, you go to work," a Brooklyn chef told Thrillist. "In 22 years I think I've called out once or twice, not including surgeries and things like that. Twice in 22 years. That's not very much."