This Is Why Cats Sleep So Much

The real reason your feline friend catches so many Zs

If there were such a thing as the Nap Olympics, there's no doubt that a cat would emerge victorious. On average, felines sleep for 15 hours a day, and some can snooze for as much as 20 hours in a single 24-hour period. The only question is: Why do cats sleep so much?

The answer lies in the domestic cat's ancestry. According to the National Sleep Foundation, cats are crepuscular animals, meaning that they snooze during the day and become alert between dusk and dawn (just like lions and other large cats).

"On average, cats sleep for 15 hours a day, a trait they inherited from their wild ancestors," explains Dr. Danielle Bernal, a veterinarian with Wellness Natural Pet Food. "While household cats are largely domesticated, they may still have a wild streak in them and may show primal instincts of hunting during these twilight hours."

So, why do cats sleep so much if they live indoors? Of course, most domesticated cats aren't exactly being forced to go outside and hunt for their food, but that doesn't mean that they know that. And since hunting inside the house is out of the question, cats will get this built-up energy out by prowling and playing around the house (typically around the time that everyone else is sleeping, to the dismay of their owners).ae0fcc31ae342fd3a1346ebb1f342fcb 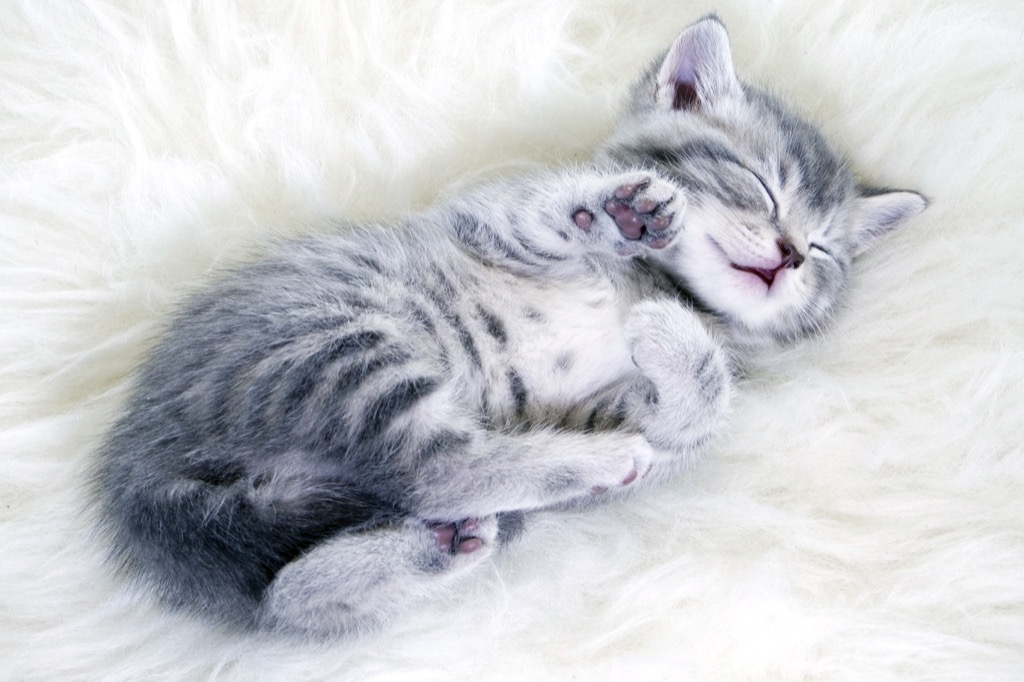 Unlike humans, cats tend to remain alert even as they sleep, just in case potential prey (like a mouse) is nearby and they need to act fast. "While it may appear that a cat is sleeping the day away, they are ready to pounce and play at a moment's notice," explains Bernal. And, also unlike humans, cats are able to fall asleep almost immediately, especially after a long period of playtime or galavanting around the house.

As cats get older, it gets even easier for them to fall into deeper and longer sleeps. Typically, kittens and senior cats require the most sleep, while the average-aged cat is able to thrive on a measly 15 or so hours.

Though cats prefer to snooze while it's still daylight, many a feline will adjust their sleep schedule just to pencil in some behind-the-ear scratches and play time. Sure, cats might be natural predators with a penchant for hunting, but at the end of the day, cuddles trump catching prey any day. And if you're not a pet owner yet but want to be, then read up on these 30 Mind-Blowing Health Benefits of Pets.