For the Duke and Duchess of Cambridge, there's a higher standard in play.

While every member of the royal family ultimately answers to Queen Elizabeth, Prince William, Duke of Cambridge, and Catherine, Duchess of Cambridge, are under even more pressure to carry out granny's wishes to the letter. From what they wear to how they raise their children, Prince George, Princess Charlotte, and new baby Prince Louis, the couple need to follow these ten important rules to the letter so as not to run afoul of important rules of royal protocol. So check your pedigree, polish up your wardrobe, and read on—because what follow are some pretty rigid etiquette rules. And for more on the world's favorite high-powered couple, check out the 17 Ways Kate Has Changed Since Marrying William.

1
They needed permission to marry. 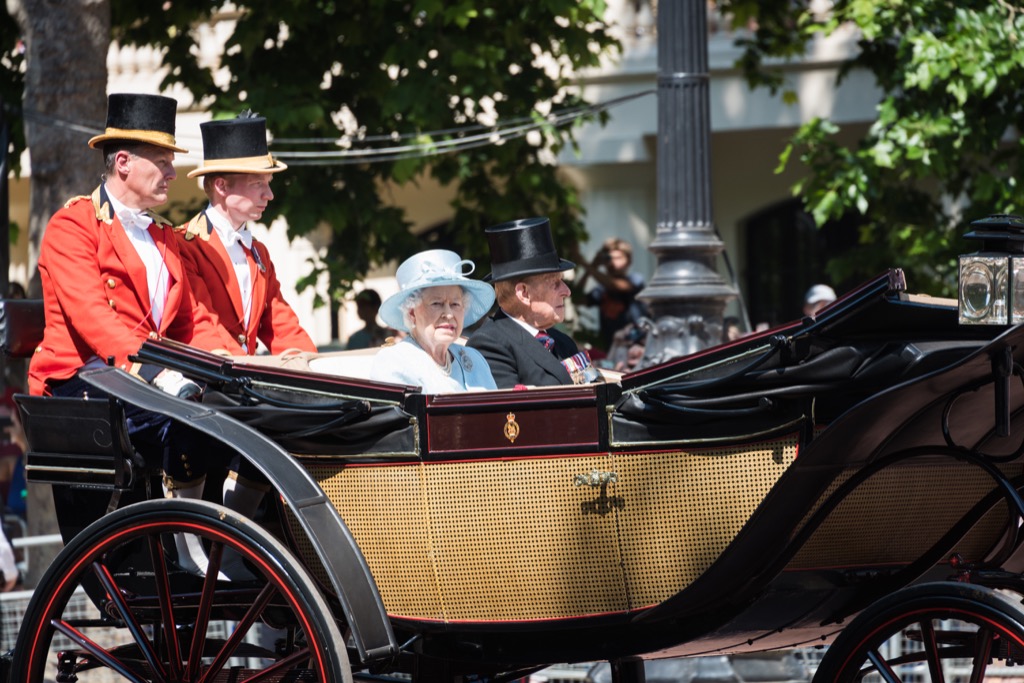 William had to ask his grandmother, Queen Elizabeth II, for her consent to marry Kate, according to the Royal Marriages Act 1772, which decrees all descendants of George II must obtain the sovereign's agreement before they wed, otherwise the marriage is invalid.

In 2013, the traditional Royal Marriages Act was repealed in favor of the Successions to the Crown Act—meaning only the first six in line to the throne require the Queen's permission to marry. William is second in line, so he needs Her Majesty's permission, which she happily gave. (Prince Harry, in case you were wondering, was fifth at the time of his engagement to Meghan Markle, so he needed granny's approval, too.) And for more wedding rules the monarchy must hew to, learn the 20 Traditions Royal Brides Must Follow.

Prince William also married outside of royal bloodlines, so he also needed the Queen's permission for that reason to ask for Kate's hand in marriage. Here's something for Prince George to keep in mind: In 2015, amendments were made that now allow royal family members to marry a Roman Catholic and become king or queen; however, a Roman Catholic still cannot become monarch. For instance, if Prince George marries a Catholic and raises his children in that faith, they would be prohibited from taking the throne.

3
The wedding wardrobe needs to meet the royal standard.

The Queen needed to approve what William (and yes, Harry) wore for their weddings. Other royals, further down the line of succession, do not officially need her approval, but generally, seek it as a courtesy. She also was shown Kate (and Meghan's) wedding dress before the big day. And for more on what went down that day, don't miss the most romantic moments from Harry and Meghan's wedding. 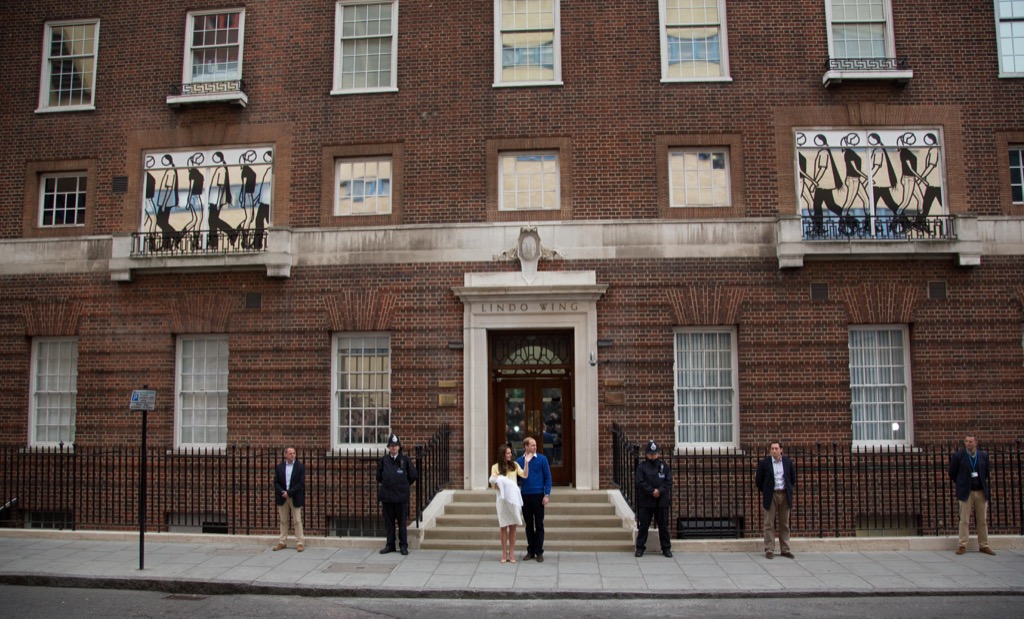 While William and Kate did not need the Queen's approval to name their children (but don't for a minute doubt her opinions didn't figure prominently into the final decision), their monikers cannot be announced until the Queen is told first.

5
Their travel plans with children require the Queen's sign-off. 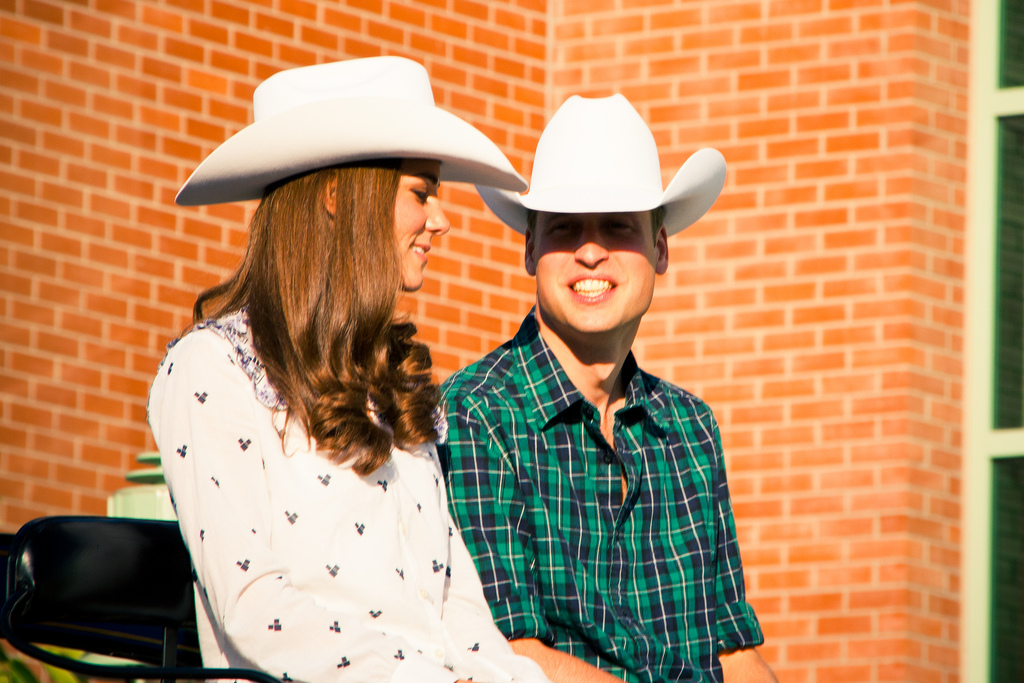 William and Kate must have the Queen's approval to travel with their children. Since Prince George is an heir to the throne, he and his father, Prince William, are not officially allowed to travel together. The royal rules stipulate that heirs can't travel together, in case there is an accident. William and Kate broke this rule by flying with George to Australia when he was just a toddler (as Princess Diana and Prince Charles did with William), but they will have to start traveling separately once George turns 12.ae0fcc31ae342fd3a1346ebb1f342fcb

Ironically, the Palace did not approve of Diana's plans to take her sons to the Hamptons in the summer of 1997. They did, however, give her the green light to vacation with the Fayed in the South of France because they thought everyone would be safer there.

7
Holiday plans must be approved in advance.

Holidays are a big deal in the royal family. While William and Kate are bringing up their children to be part of the royal tradition, they have had to ask for permission to occasionally break with protocol to spend some part of the Christmas holiday with Kate's family, The Middletons. The Queen has granted their request, but the couple still have to make sure that Prince George and Princess Charlotte—and now Prince Louis—still find time to see the Queen and the rest of the family at Sandringham for Christmas.

8
Vacations have to fit into the budget. When William and Kate plan family vacations, they have to check with the Queen because she has an established travel budget for her family, and they have been instructed not to break the bank when it comes to spending.

9
The children's education must pass muster. 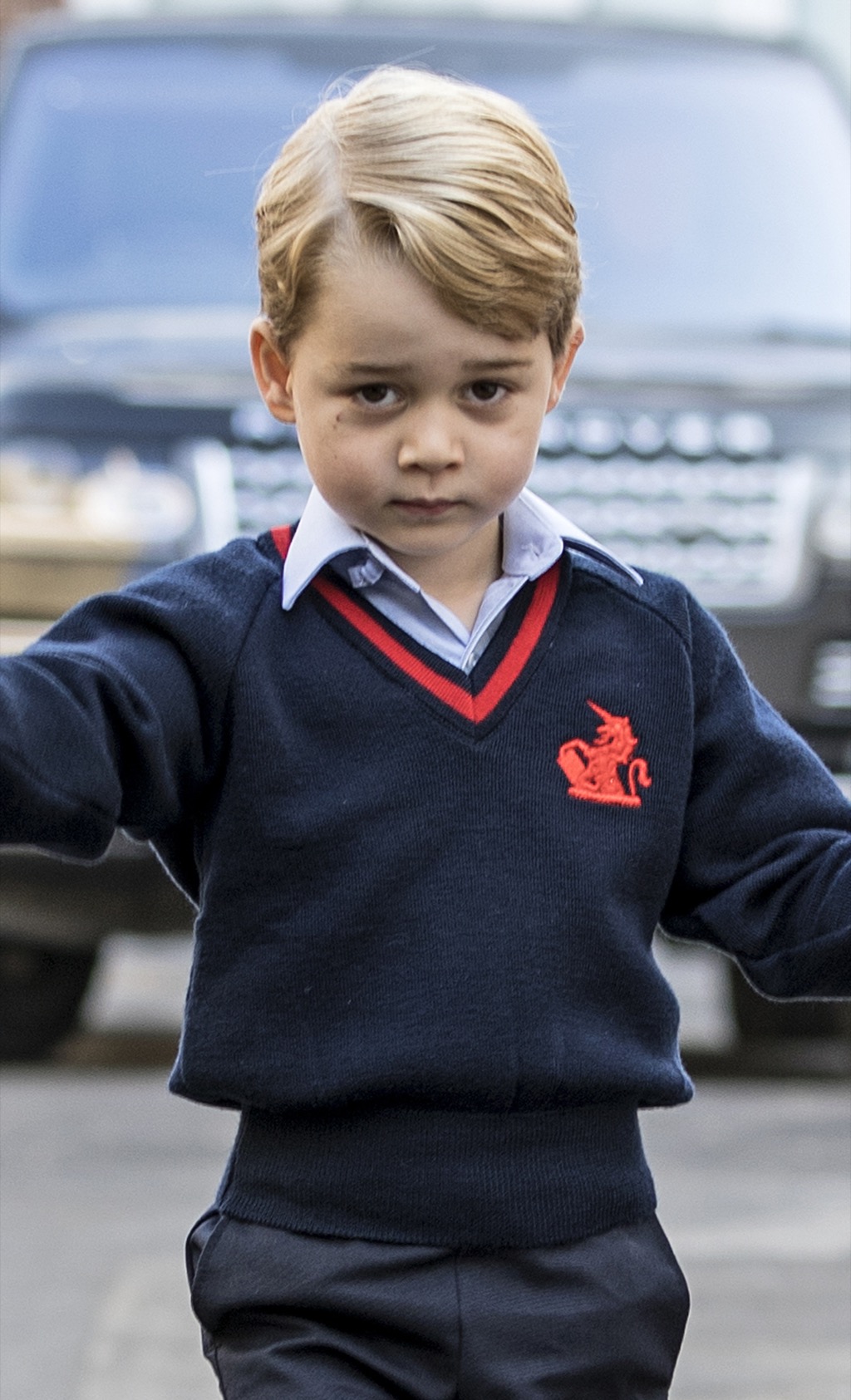 William and Kate are continuing the tradition of their royal children getting a proper education. Yes, Prince George is currently attending school outside the Palace with "commoners." But as heir to the throne, it's expected he will follow in his father's footsteps, attending Eton and joining the military after he wraps up his schooling. The Queen wouldn't want it any other way.

10
They must always dress to impress. 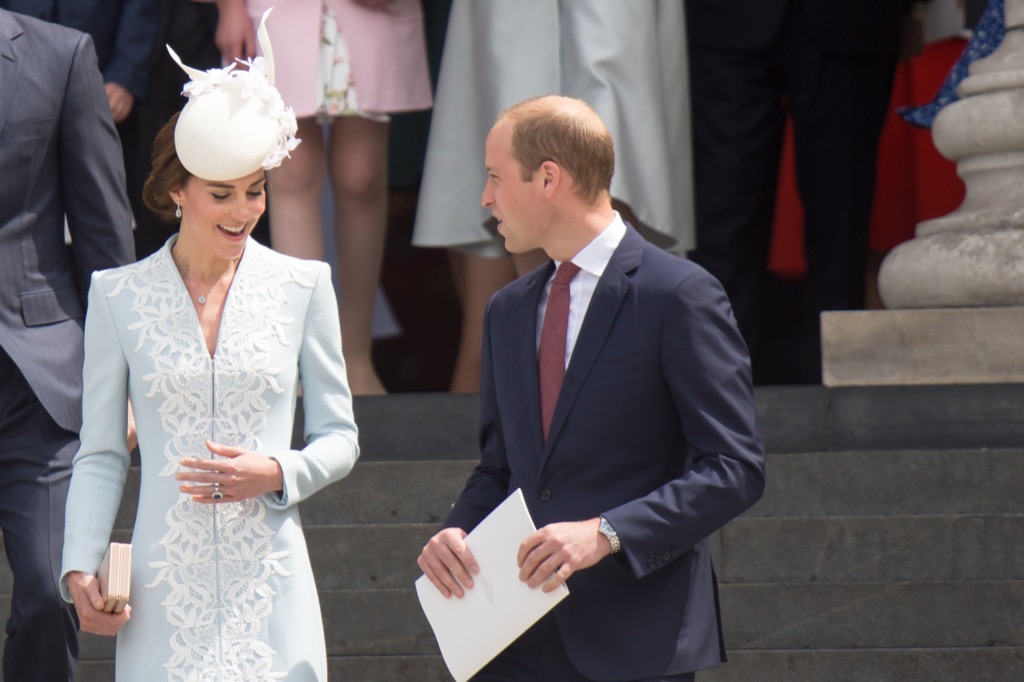 As the future the King and Queen consort, William and Kate have to uphold a formality in dress for state occasions that other royals may sometimes ignore (but usually don't). Kate can never wear dark nail polish and must always wear hosiery, no matter what the weather. Her skirts must always be knee-length and after a few near-misses, the Queen has insisted that weights be sewn into the hems to avoid any wardrobe malfunctions due to guts of wind. While Meghan Markle, the new Duchess of Sussex, isn't under the same level of scrutiny as Kate, she has wisely decided to err on the side of caution (as evidenced by her first appearance as an HRH this week in a modest dress, requisite hat and pantyhose) to stay in the Queen's good graces. And for more on how the couple is supposed to dress, check out 10 Style Rules The Royal Family Must Follow.