Southerners have a way with the English language—especially when they're insulting you.

Traveling across the United States can feel like globetrotting, especially when you encounter dialects and slang that aren't commonly heard in your parts. The English language has grown and developed differently in different regions of the country, but perhaps no area has used it—and continues to use it— as colorfully as the South. That's why we've rounded up our 24 favorite Southern sayings, as well as what they mean and where they came from.

While this phrase can be meant sincerely, it usually has an edge. This is the couth Southerner's way of insulting your intelligence without using so many words.

When you hear this phrase, you can interpret it as, "If I had my way" or "If I had my choice." Merriam-Webster points out that "druther" has its origin in classic American fiction, where Mark Twain's characters Tom Sawyer and Huck Finn used it as a shortening of "would rather."

This one's pretty self-explanatory, if you think about the sounds a duck would make while leaving this world. Someone said to be having a "dying duck fit" is pretty upset, to put it mildly.

Another image that's easy to conjure, you'll hear advice put this way if you're rushing into action without thinking things through.

Who is "Sam Hill"? Why do Southerners invoke his name in place of "hell"? Well, the ultimate origin of this exclamation isn't known, but Wikipedia has five possible options listed, including an Arizona general store owner and a foul-mouthed surveyor. 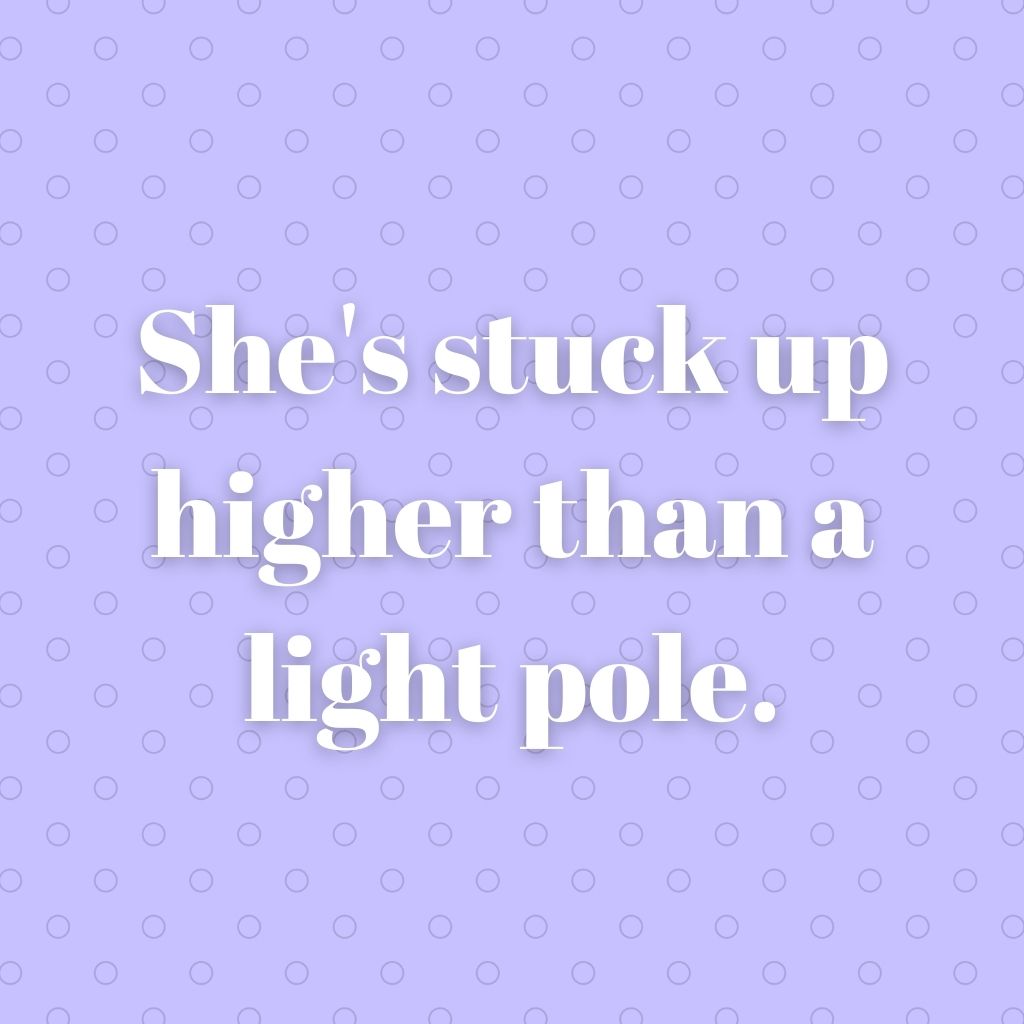 6. She's stuck up higher than a light pole.

If a "stuck up" person thinks that they're better than everyone around them, someone who's "stuck up higher than a light pole" has some serious ego issues.

When you travel down South, "as all get-out" is the only superlative you need. Merriam-Webster dates this phrase, which can be used to modify almost any adjective, back to 1849.

Ever complimented a frog on their coif? Probably not. That's because, in Southern parlance, the hair of a frog must be too fine to even detect—hence this colorful compliment.

9. Rode hard and put away wet.

This one may sound a little blue, but it has a practical source. Anyone who knows horses knows that they have to be cooled down and groomed after a ride before they're stabled for the night. So a person who's had a rough day and is a little worse for wear may compare themselves to a horse with a lazy owner.

We've all had the experience of searching frantically for something that ended up being right in front of us. (Some of us several times a day.) This phrase means that the object of your hunt was so close, it could've literally struck.

11. More than Carter's got little pills.

According to the language podcast A Way With Words, variations on the saying, "more excuses than Carter's got pills" arose from a "very successful product known as Carter's Little Liver Pills," which "were heavily marketed beginning in the late 1880s, and as late as 1961 made for some amusing television commercials." 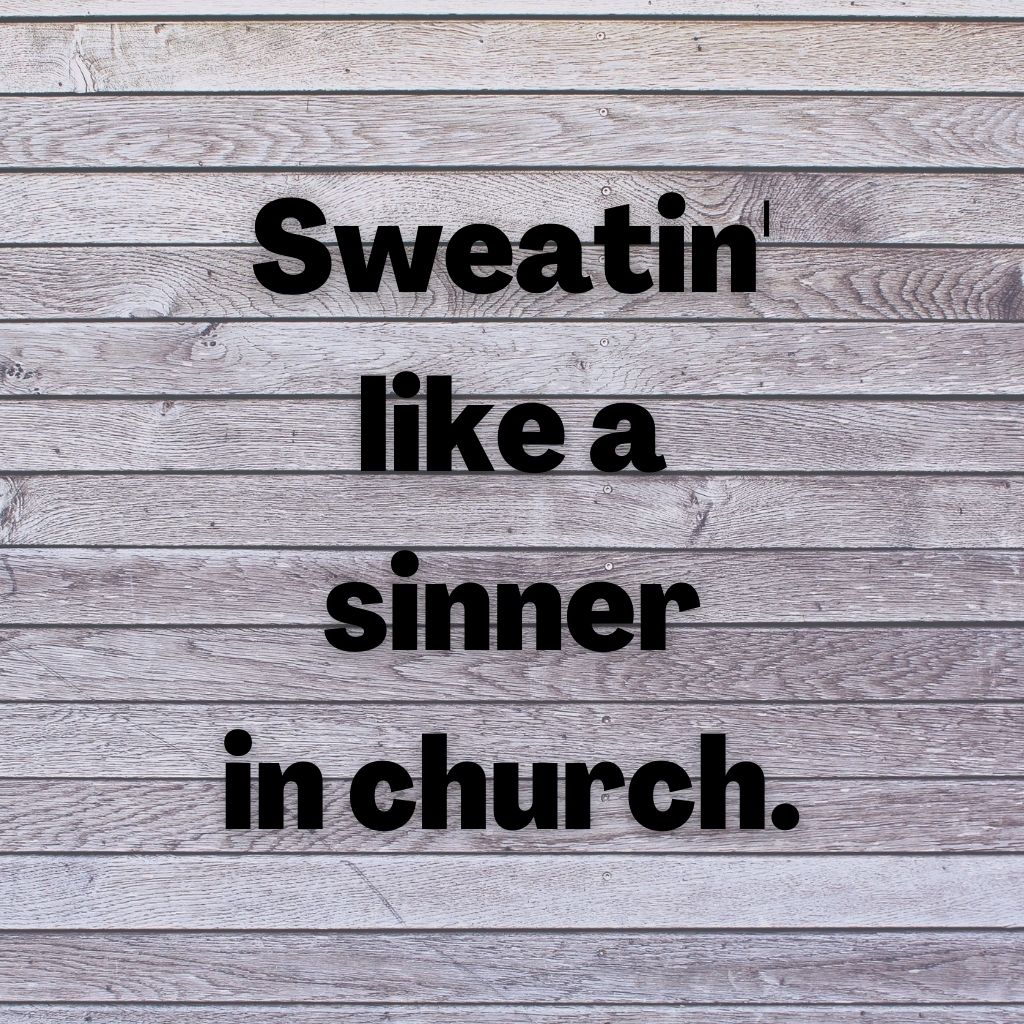 With as hot as it gets in the Southern states, we need plenty of vivid expressions to illustrate just how steamy of a day it is.

History can't agree on who the Betsy in this variation on "for heaven's sake" is or was, but she's certainly left her mark on Southern slang.

Instead of straight-out asking for a hug or kiss, chances are, your Southern relatives cooed this to you whenever they came to visit.

15. Knee-high to a grasshopper.

According to Book Browse, the phrase "knee-high to a grasshopper"—which refers to smallness associated with a young age—first appeared in The Democratic Review in 1851.

"Hens sometimes enter a phase of 'broodines,' meaning that they'll do anything to incubate their eggs and will get agitated when farmers try to collect them," Insider explains of this saying's origin. "Farmers thus dunk hens in cold water to 'break' their broodiness… and hens don't like that one bit."

17. I could eat the north end of a south-bound polecat.

Or goat. Or skunk. The beginnings of this Southern saying are lost to time—just suffice it to say that it means that the speaker is ravenously hungry.

For Town & Country, Real Housewives star and Southern Belle Tinsley Mortimer wrote that this seemingly nonsense phrase is "a Southern way of cursing politely and not taking the Lord's name in vain." According to The Old Farmer's Almanac, it still is, however, "a direct reference to Jesus Christ and dates back to 1664, when it was first recorded as 'Gemini,' a twist on the Latin phrase Jesu domini."

19. Busier than a cat covering crap on a marble floor.

Cat owners won't need us to explain this one. It's ingrained into felines to cover their mess, hence the invention of the litter box. With no litter available, it becomes a much more difficult job.

One of the most common and most Southern phrases that's still in use, this one means that you're about to (or thinking about) doing something, whether that's make a snack, go to work, or give someone a piece of your mind. 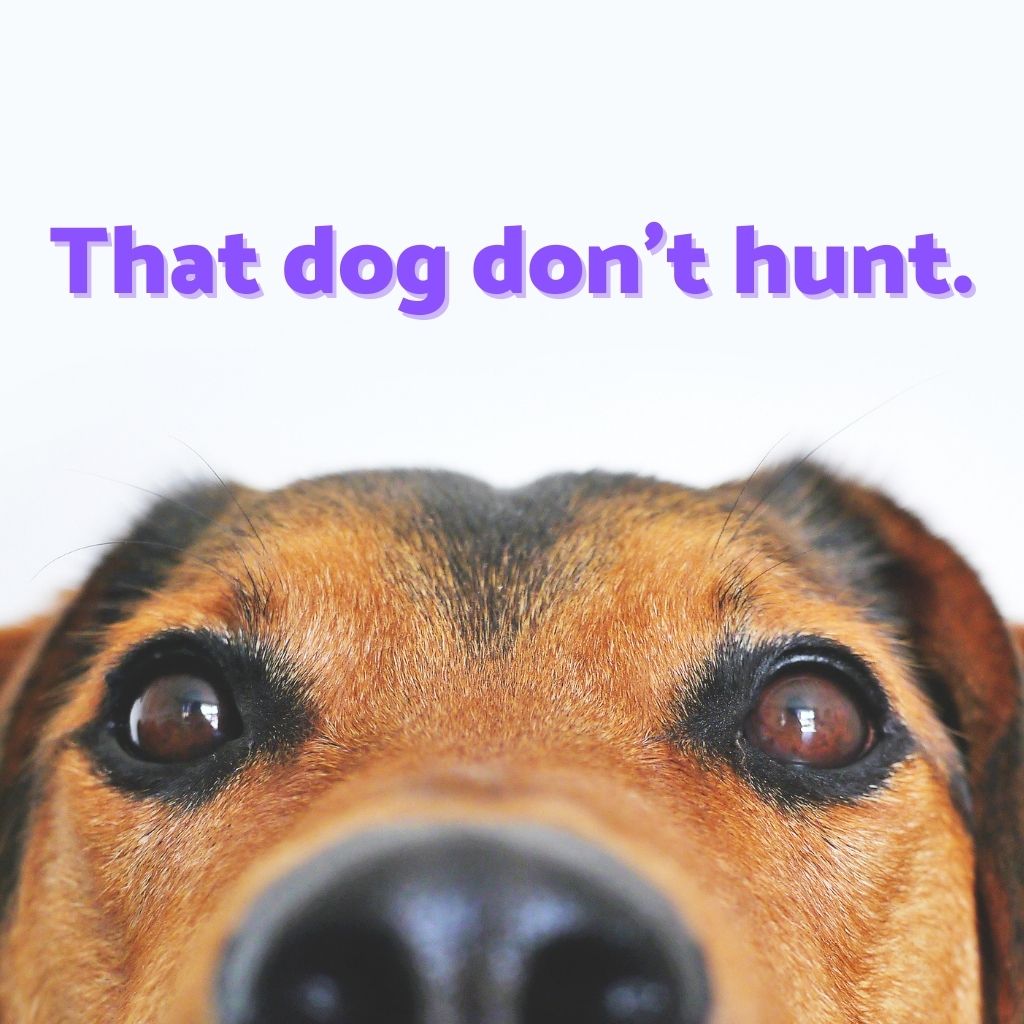 "That dog don't hunt" and similar sayings are most popular in Georgia, where they can easily stand in for an explanation that something won't or doesn't work.

22. He doesn't have the good sense god gave a goose.

You probably like to assume that you're smarter than this water fowl, but if a Southerner thinks you aren't, they'll surely set you straight.

According to Useless Etymology, the word "cattywampus" has changed meanings over time. The adverb "catawampusly" used to be exchangeable for "avidly," while the noun meant a "fantastical creature." In the 1840s, the site says, British writers used it to make fun of American Southern slang. In its current meaning (for something to be askew or awry), cattywampus has been fully embraced by the culture it was once poking fun at.

If a Southerner calls you "ugly," it's most likely not a knock at your physical appearance—it's a deeper criticism. In the South, to be "ugly" means that you're being vulgar, rude, or generally unpleasant to be around. So when that insult comes your way, you'd better take a hard look at your manners and behavior.

And for terms that another region holds dear, check out You Know You're from the Midwest if You Know What These Words Mean.