It's time for a little "pop" quiz for all you heartlanders out there.

As a native Ohioan and proud consumer of "pop" and "hotdishes," my Midwestern vocabulary sometimes gives away my humble Ohio origins as a newly-transplanted New Yorker. And if you're one to drop "jeez" often in conversation, it's likely that popular Midwestern words are giving you away too. So, it's time to test your knowledge with these words that are only uttered in the heartland. And if you think you know your local lingo, Can You Guess the Most Popular Slang Term in Your State?

Midwesterners are more likely to utter a simple "jeez" instead of a string of curse words when expressing any agitation or surprise, proving that manners come first in this part of the U.S.

Example: "Jeez, I shouldn't have had so much egg nog at the holiday party."

And for some travel tips if you're ever driving through the heartland, These Are the Best Road Trips in the Midwest.

You're likely to hear the word "brewski" floating around a local Midwestern pub. It's just another way we say "beer"—and it's a testament to the large fraternity population in the Midwest.

Example: "Hey bro, can you grab me a brewski? Preferably, like, an IPA."

British people call them "trainers" and Midwesterners call them "tennis shoes," but you might know them as "sneakers," "running shoes," or "gym shoes." According to research from Reader's Digest, "tennis shoes" is actually the preferred term for athletic footwear in the U.S. And in case you were wondering, no—you don't have to play tennis when you wear them.

Example: "Please take off your tennis shoes before stepping on to my shag rug."

And while midwesterners are known for their manners, that's not the case for everywhere in the U.S. For example, This Is the Rudest State in America.

People in Chicago and other parts of the Midwest refer to the "interstate" or "highway" as the "expressway." When you think about it, it almost makes more sense than the other terms since it's typically the fastest way to travel.

Example: "Let's hop on the expressway and find the nearest Applebee's."

Depending on which region of the country you call home, you might call that fizzy brown drink a "soda," a "Coke," or—if you're in the Midwest—a "pop." Even if you get mocked for it, don't worry, you're in good company. Mapmaker Alan McConchie created this "Pop vs. Soda" map and it turns out, "pop" is also the word of choice in the Pacific Northwest, some parts of the Southwest, and Alaska.ae0fcc31ae342fd3a1346ebb1f342fcb

Example: "Can I have a pop with my hotdish?"

And to see which parts of the midwest are getting hit hard by COVID right now, check out These 22 States Are Starting to Lock Down Again.

In Ohio and Indiana, "to sweep" and "to vacuum" actually mean the same thing. If someone in those states asks you to sweep the living room rug, that doesn't mean you should break out the broom—"a sweeper" is a vacuum and a broom is simply…a broom.

Example: "Can you use the sweeper to clean up the hotdish from the carpet?"

Many people throughout the Midwest and in Wisconsin especially use the term "bubbler" rather than "water fountain," says Jodi Rose Gonzales, a Wisconsin-based art therapist and creator of Jodi Rose Studio.

And for more fun culture content, as well as the latest COVID news, delivered to your inbox, sign up for our daily newsletter.

"Ope" is a term that often replaces words like "oops" or "darnit." As a native Ohioan, I can attest that this word is uttered with absurd frequency throughout the Midwest. It's normally followed by a string of the most polite apologies you've ever heard. After all, we are the most well-mannered section of the country.

When referring to something unpleasant, instead of saying "gross" or "ew," Minnesotans especially use "isch." It's derived from German, though it bears no relation to the German usage—which, if you're curious, is as suffix attached to nouns to form an adjective (i.e. "amerikanisch" means American).

This is a term used to express astonishment, exhaustion, relief, and dismay. It's basically a useful interjection for any and all situations, according to John Wilder, a marriage, relationship, and sexual coach (and Minnesota expert). The term originated in Norway, where it bears the same meaning.

Example: "Uffda! I got so schnookered at the bar last night."

According to linguistics expert and Minnesota native Anne Szustek Talbot, Midwesterners use the slang term "spendy" instead of saying something is "a little bit expensive."

Example: "This Ann Taylor top is just a bit spendy for my taste." 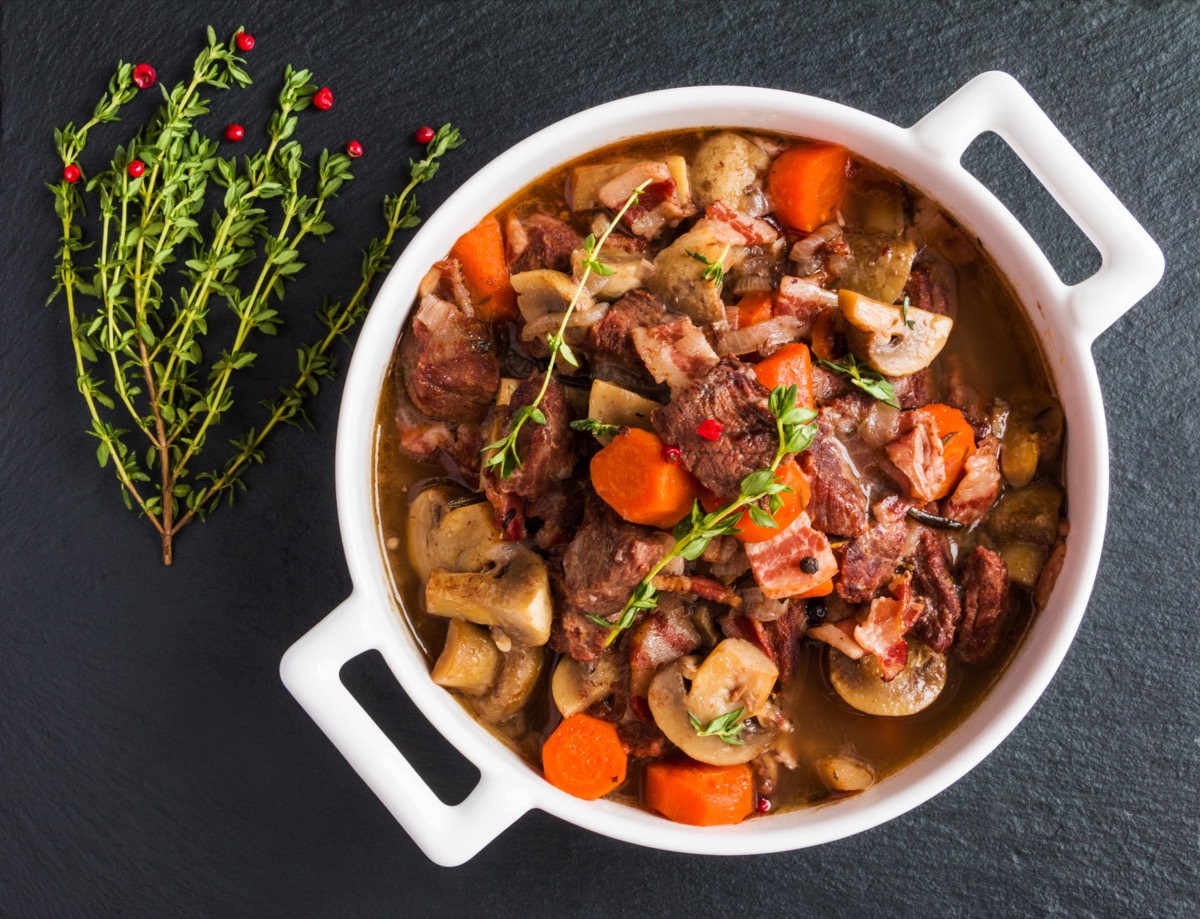 Hotdish is the local Minnesotan term for a casserole, typically consisting of a starch, meat, and a canned or frozen vegetable mixed with canned soup. "Bonus points if said dinner incorporates cream of mushroom soup and is topped with tater tots, Durkee french fried onions, or mashed-up potato chips," says Talbot. If you wanted proof that the Midwest is the epicenter of comfort food, hotdishes are it.

Example: "Jeez, I'm not sure what was in that hotdish, but I think my body just aged another 20 years." This is a super-specific term for a super-specific part of the Midwest and a super-specific kind of gal. According to Talbot, it's used in Chicago to refer to "a freshly graduated sorority sister from a Big 10 university who plants herself in one of Chicago's North Side locales to date her male equivalent (a 'Chad'), drive VW Jettas, and avoid spilling her PSL all over her Ann Taylor blouse."

Example: "That Trixie never knows when to shut up about the latest Chad she's dating."

Rather than wasting precious syllables, Midwesterners are guilty of shortening the phrase "did you eat?" into "jeet?" Because apparently, Midwesterners waste no time with the basics of language.

Example: "Jeet yet? There's a chain restaurant down the street I've been dying to try."

As someone who grew up playing "padiddle" with my friends—and is slightly embarrassed to admit it—I can tell you just how important this word is to Midwesterners. Basically, in this simple car game, when you spot a vehicle with only one functioning headlight, you shout "padiddle." Then, those who weren't quick enough to the draw must remove one article of clothing. 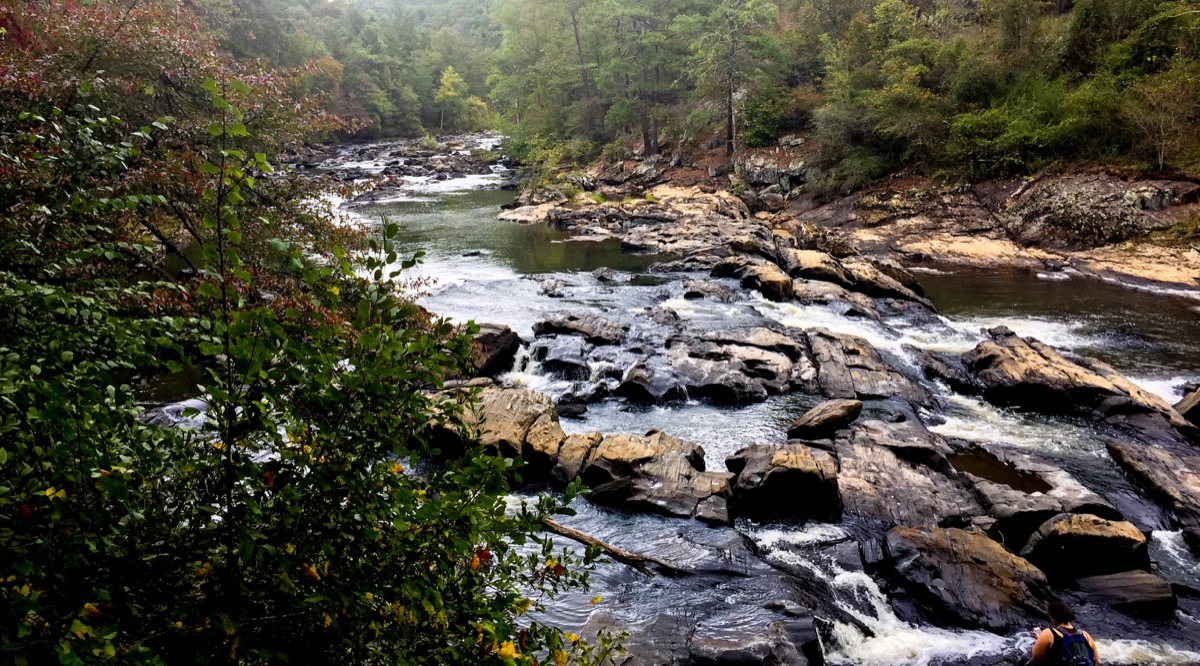 "Crick" is a direct result of the mispronunciation of the word "creek"—and the perfect way to encapsulate the strange way most Midwesterners pronounce common words.

Example: "Take your tennis shoes off before wading in the crick."

In the Midwest, you don't get "wasted" or "slammed" at the bar. Those in the Heartland are more likely to say that they got "schnookered," AKA drunk in public, in layman's terms.

Example: "I got totally schnookered on brewskis last night, man."

Ashley Moor
Ashley hails from Dayton, Ohio, and has more than six years of experience in print and digital media. Read more
Filed Under
Slang • State Facts
Read This Next
Latest News
Read This Next