25 Hilarious Clichés in Every Rom-Com

If only dating was this easy IRL...

When you've swiped left too many times and experienced too many bad dates, rom-coms can feel like a welcome respite from the not-so-romantic world of real-life dating. However, while there are countless romantic comedies that make us convinced true love is not only real, but attainable, there are just as many—if not more—rom-com clichés that are so unrealistic you can't help but laugh. From sappy professions of love to virtual strangers deciding they're soulmates, these hilarious movie clichés are well worth retiring. And for more movie magic, check out these 30 Movie Facts That Will Blow Your Mind.

1
Women being wildly transformed by a makeover 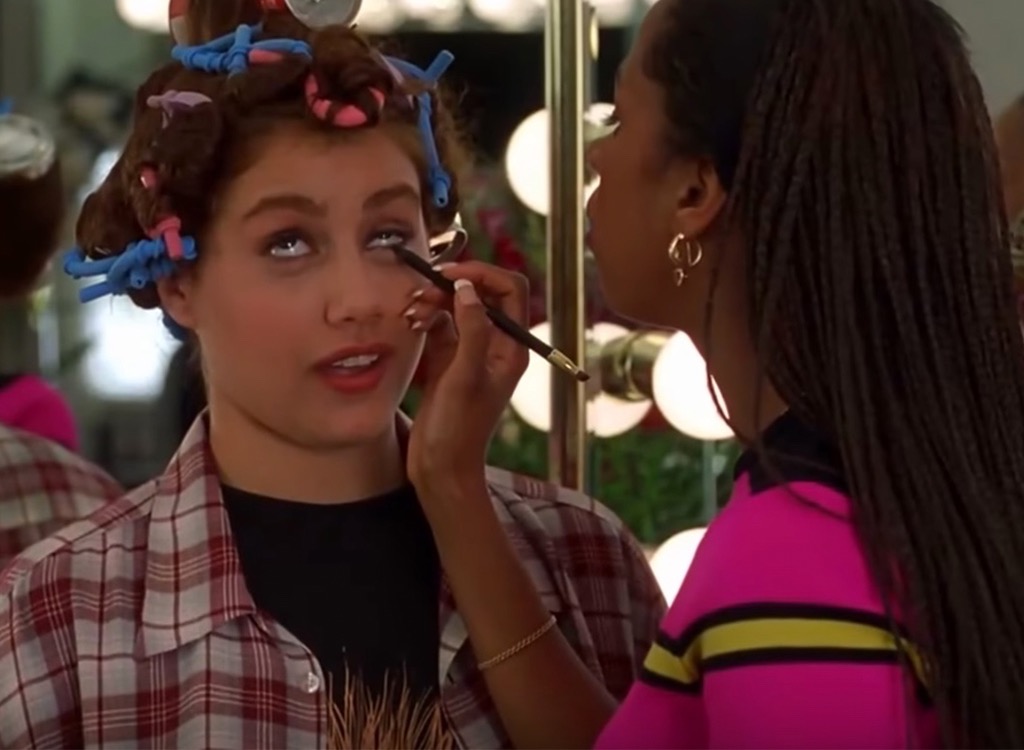 In real life, you might ask a makeup artist to spruce you up for a birthday or big date or get a new outfit for a major event. In rom-coms, all you need is some friends who think you've got a tired look to freshen you up. Luckily, despite the ponytails or overalls or glasses these women have been wearing, it turns out they're actually babes underneath it all. And when you want to improve your movie knowledge, start with these 20 Iconic Films You Should Have Watched by Now.

2
Someone making a bet about a potential love interest 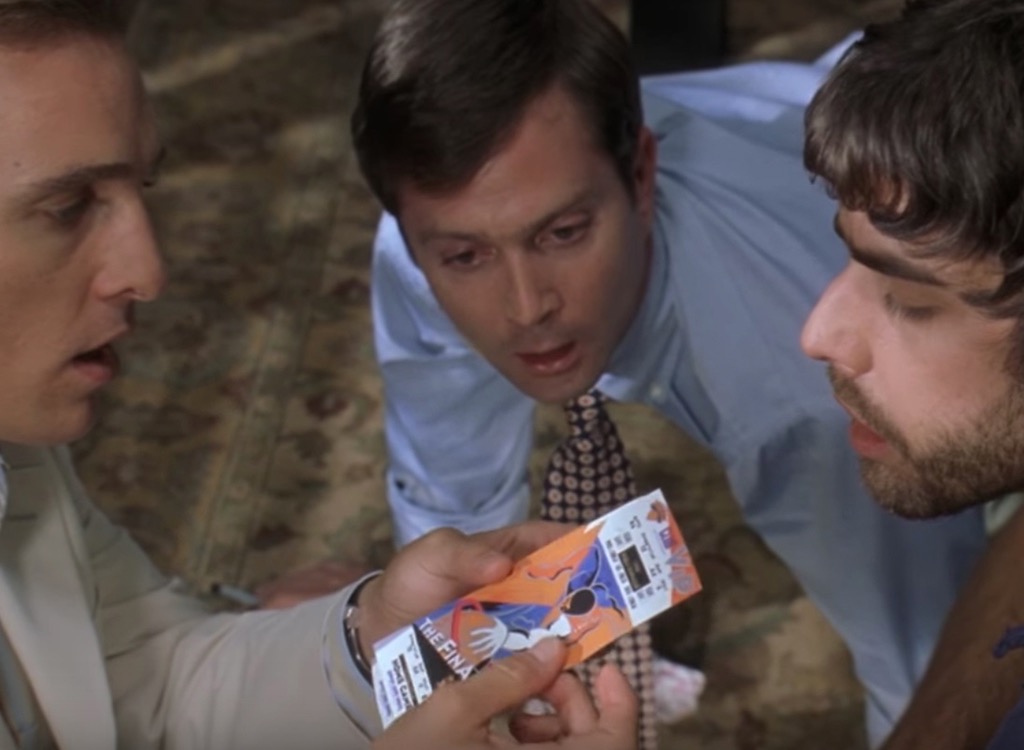 The bad news? The nefarious plot will get discovered. The good news? Everyone still ends up together in the end. 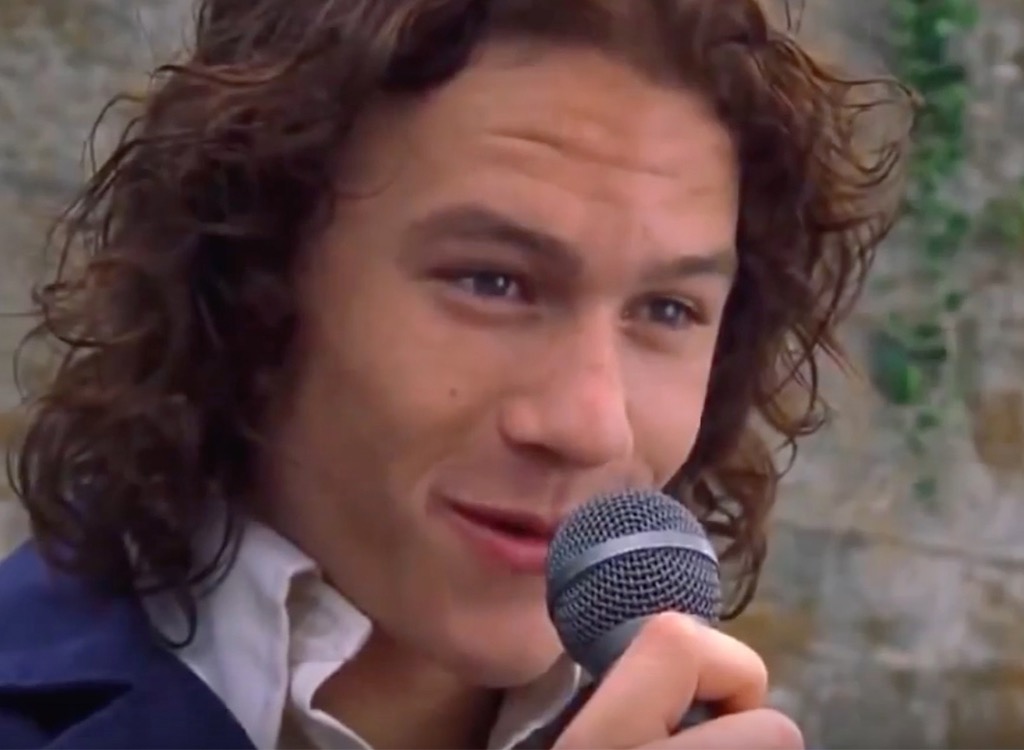 Of course, over-the-top romantic gestures are a thing in real life—it's the reason huge engagement rings and last-minute trips to Paris were invented. However, in rom-coms, you hardly need to know a woman to win her over with a profession of your love—just ask Heath Ledger's Patrick in 10 Things I Hate About You or Andrew Lincoln's incredibly creepy Mark in Love Actually. And for more movie blunders, check out The 30 Worst Movie Endings of All Time. 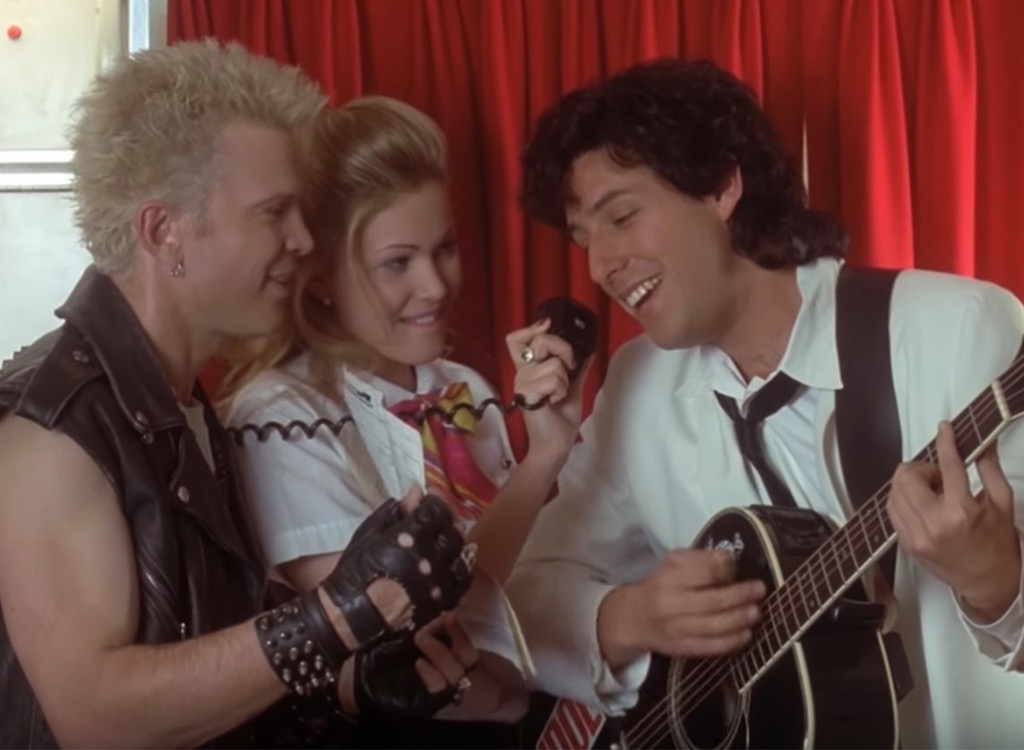 Rom-com characters can never seem to get their act together to tell people they love them in a timely manner. The inevitable outcome of this, of course, is a mad dash through an airport or train station or sea of taxis to do so. Luckily, airport security in rom-coms is charmed by these dramatic declarations instead of being Taser-happy. 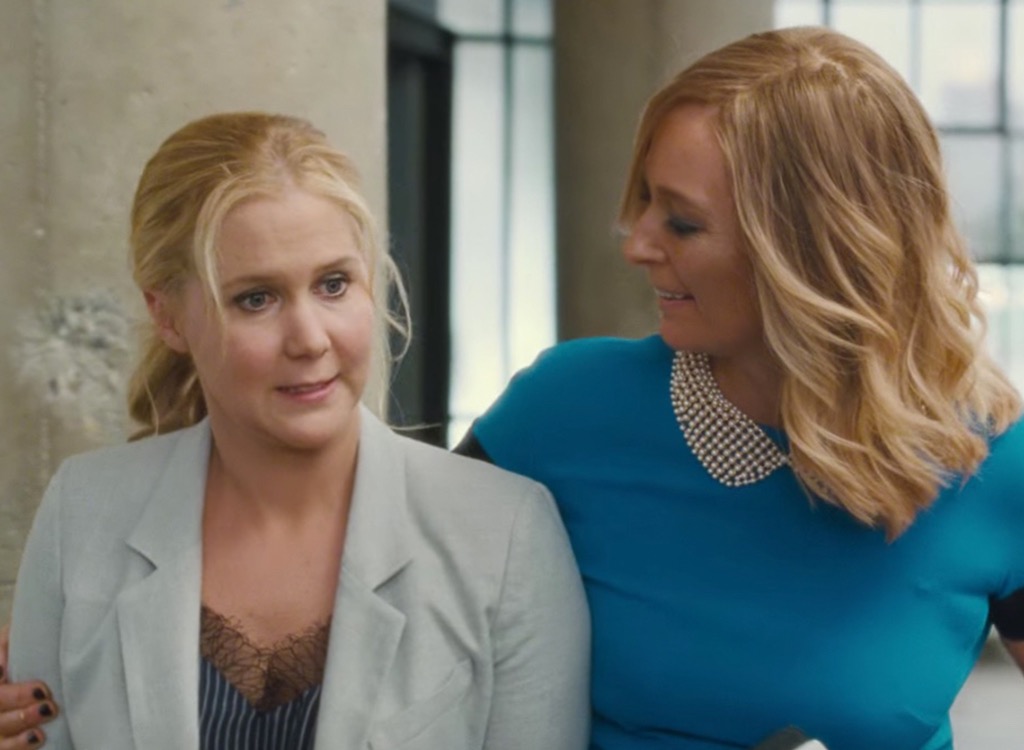 If you're a woman in the rom-com world, odds are you work in the media. It's really the only job for women in the romantic comedy world other than something amorphous and fashion-adjacent. And despite what may seem like a high-power job—or at least an interesting one—to others, what the characters in these positions always discover is that what they really wanted all along wasn't a Pulitzer, but true love. 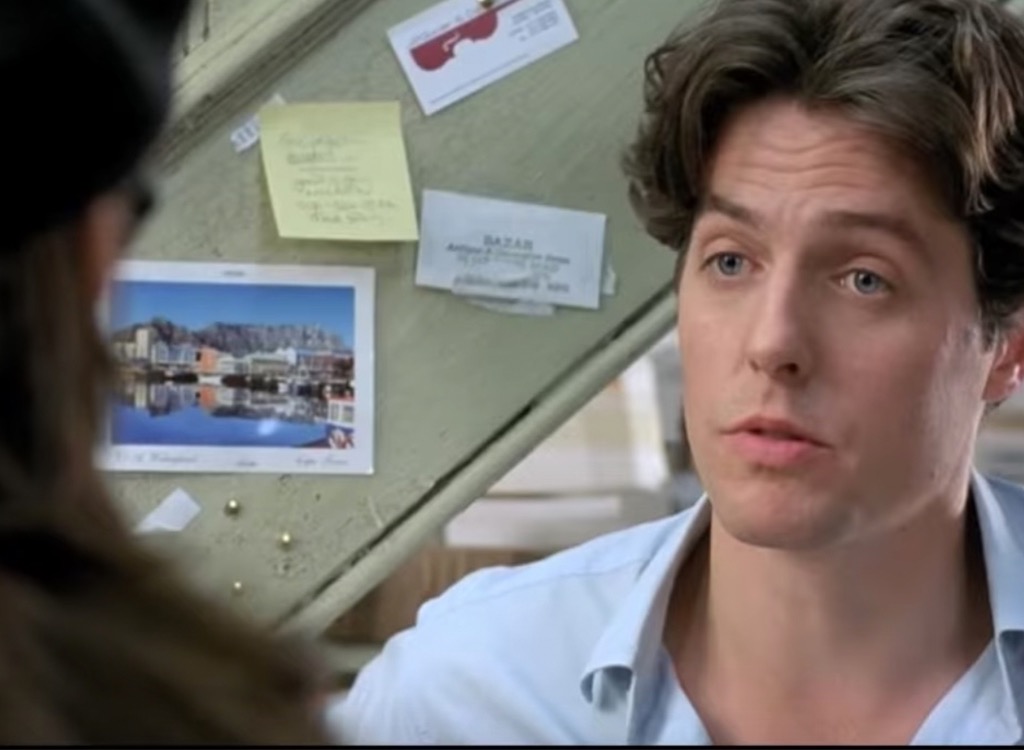 Do celebrities occasionally fall in love with non-famous people? Sure. However, in the rom-com world, it seems to happen every time Hugh Grant enters a room—just check out Notting Hill, Love Actually, Music and Lyrics. And if you want to find out which average Joes actually snagged a famous mate, Meet the Mystery Men Who Are Dating Your Favorite Supermodels. 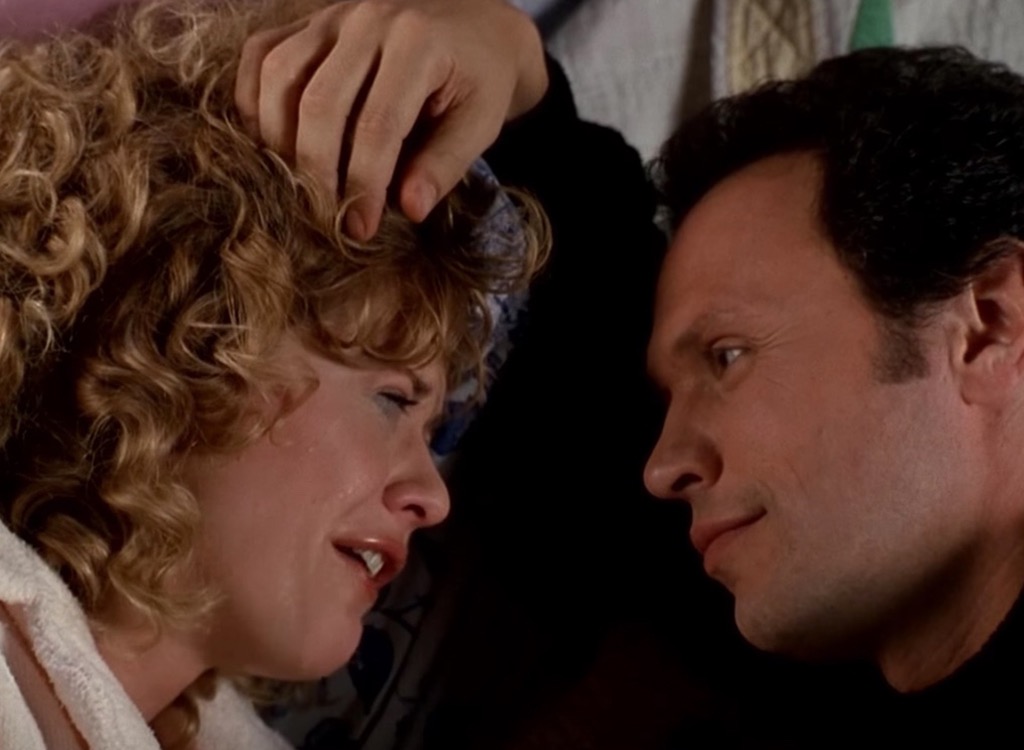 Falling for your best friend happens frequently enough in the real world. However, in the world of rom-coms, it's absolutely impossible to realize what a great romantic match you are with someone else until you've dated a bunch of losers who make you appreciate the good thing you had all along. And for more ridiculous cinematic tropes, check out these 40 Hilariously Impractical Things That Always Happen in Movies. 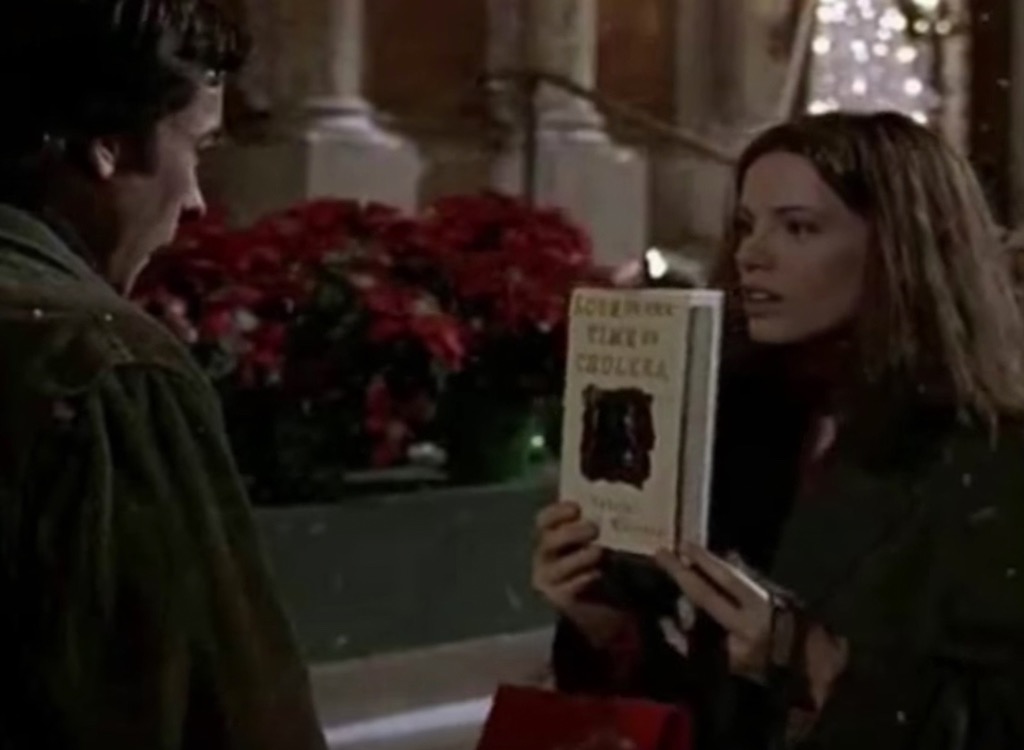 Grand romantic gestures aren't always willingly offered up in romantic comedies—in fact, sometimes, they're done upon request. Whether that means meeting someone you've never seen before the top of the Empire State Building (Sleepless in Seattle), making someone get your number by hoping they find the $5 bill you wrote it on (Serendipity), or meeting your cheating spouse on the Brooklyn Bridge to prove their commitment (Sex and the City), real love in the rom-com world means having to do some seriously outrageous things. 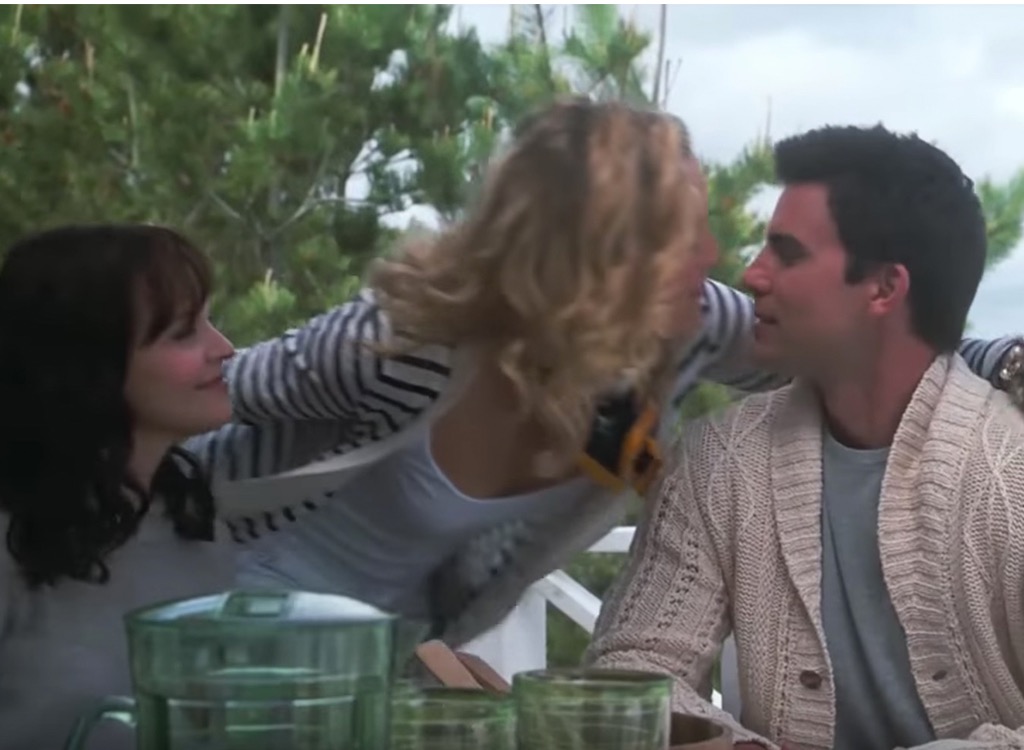 If someone else isn't in love with the object of your affection in a rom-com, the relationship is hardly worth pursuing. In the romantic comedy world, even the most boring, manipulative, or altogether unremarkable people end up at the center of love triangles, while the rest of us in the real world can't even get a text back.

10
An unplanned pregnancy that makes two people fall in love 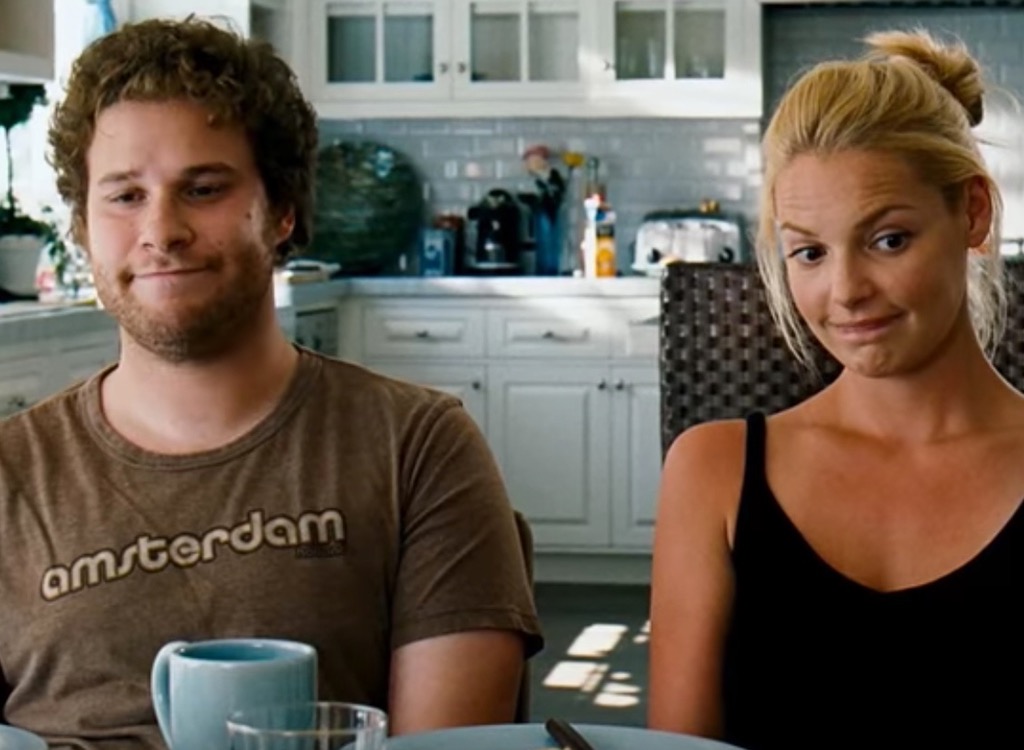 Does pregnancy sometimes bring couples closer together? Of course. Do unplanned pregnancies regularly make two people who aren't involved realize they're meant to be together? No—well, unless you ask the producers behind romantic comedies like Knocked Up and Juno, that is. 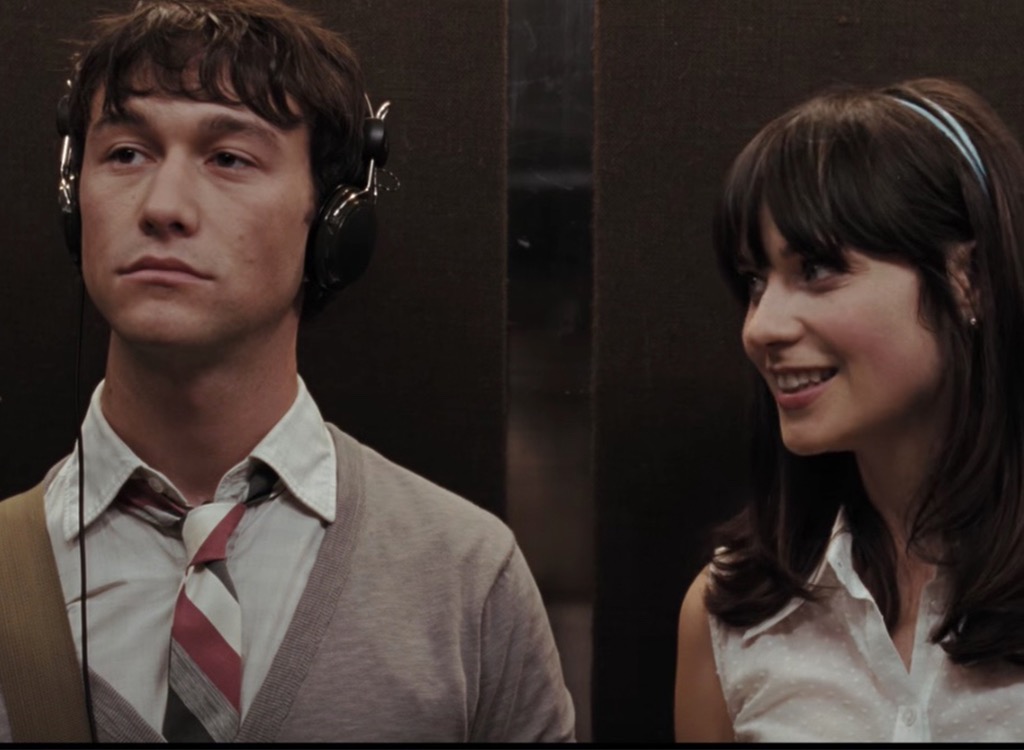 The A.V. Club's Nathan Rabin was onto something when he coined the term "Manic Pixie Dream Girl" to describe a specific female character archetype prevalent in romantic comedies. In general, the MPDG is whimsical, beautiful, and teaches a male protagonist a lot about himself, despite having virtually no discernible character or backstory or her own.

12
Stalking being seen as a romantic gesture 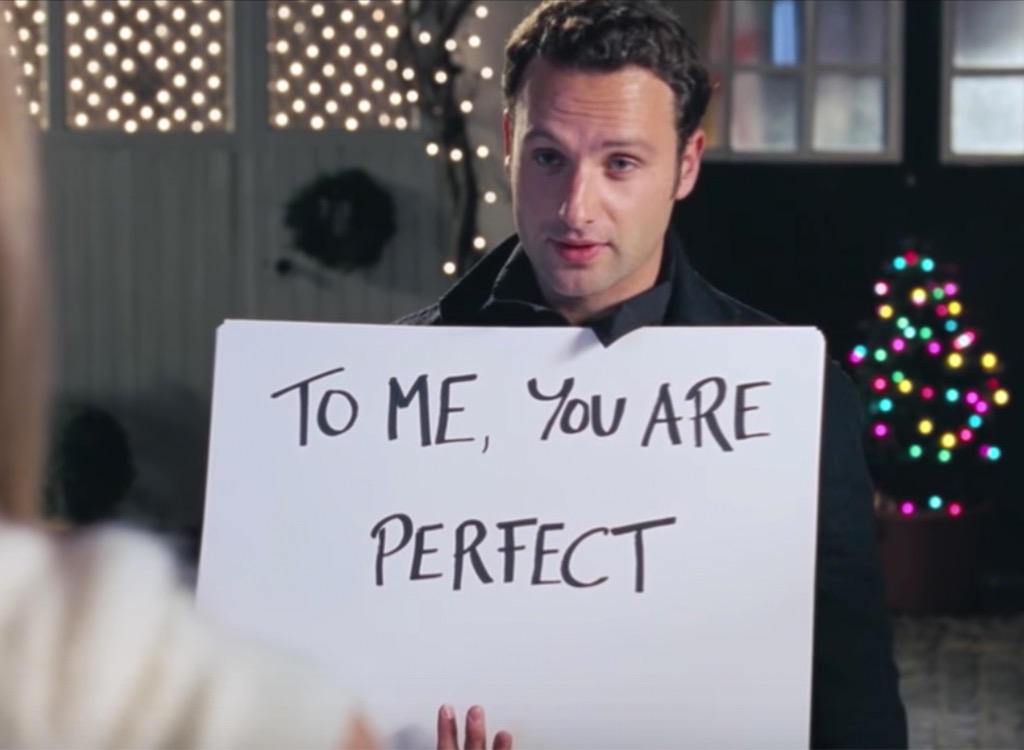 In a rom-com, all it takes is a little stalking to be seen as romantic. Whether the main character hires a private investigator to look up your high school girlfriend (There's Something About Mary) or makes a terrifying wedding video of your best friend's wife's face (Love Actually), rom-coms sure make what's generally considered a criminal act look pretty darn endearing. 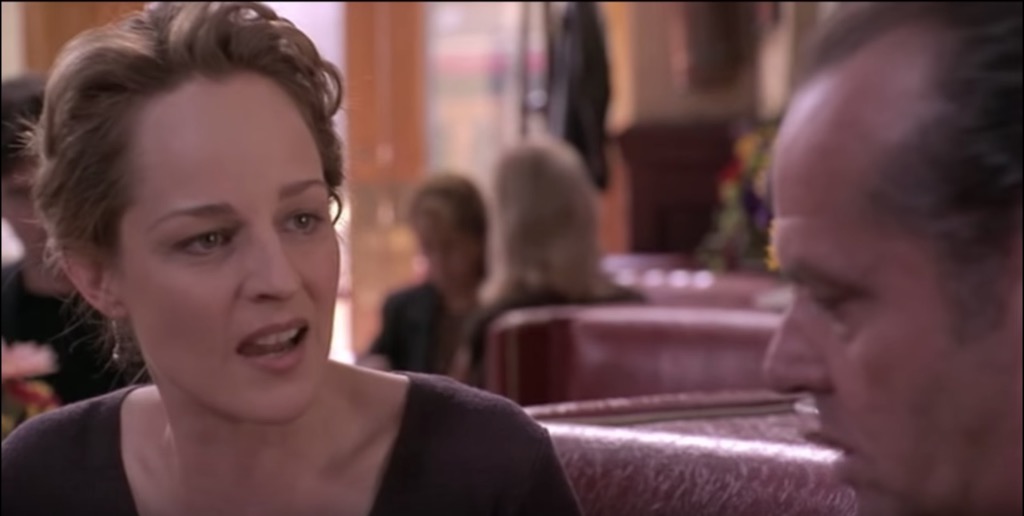 Finding love is as easy as being a terrible person in plenty of romantic comedies. In fact, the meaner you are to someone and the more they grow to hate you, the more passionate your eventual hook up will be. 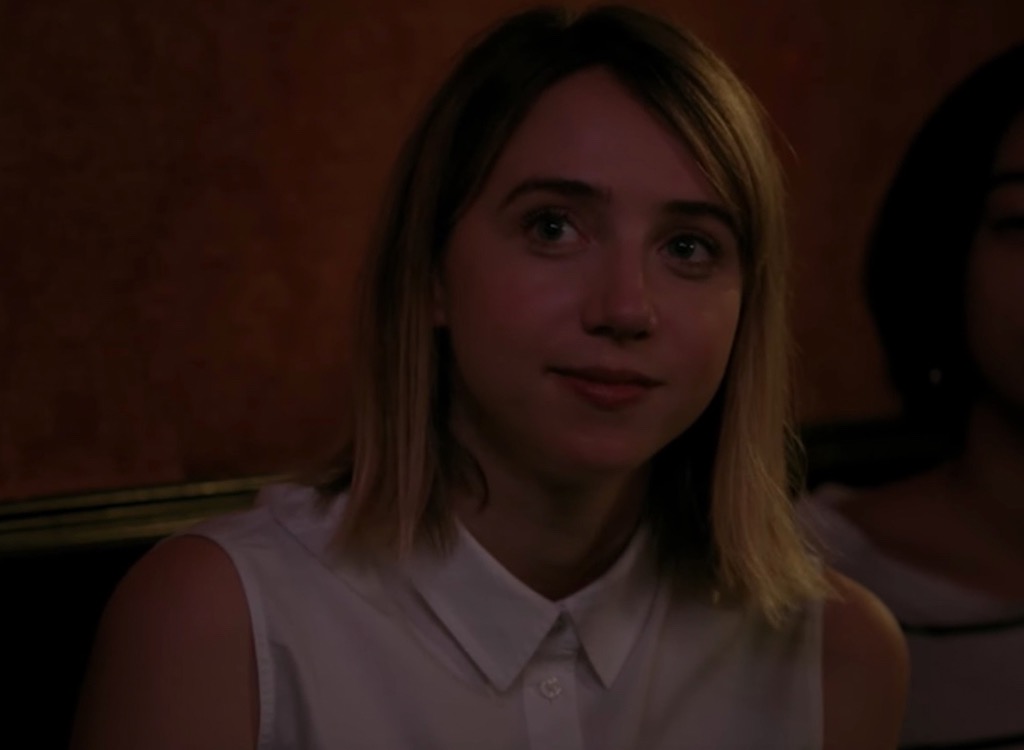 If things go south between you and someone special in a romantic comedy, there's a simple fix. All you have to do is show up in the audience at their performance and all will be forgiven. 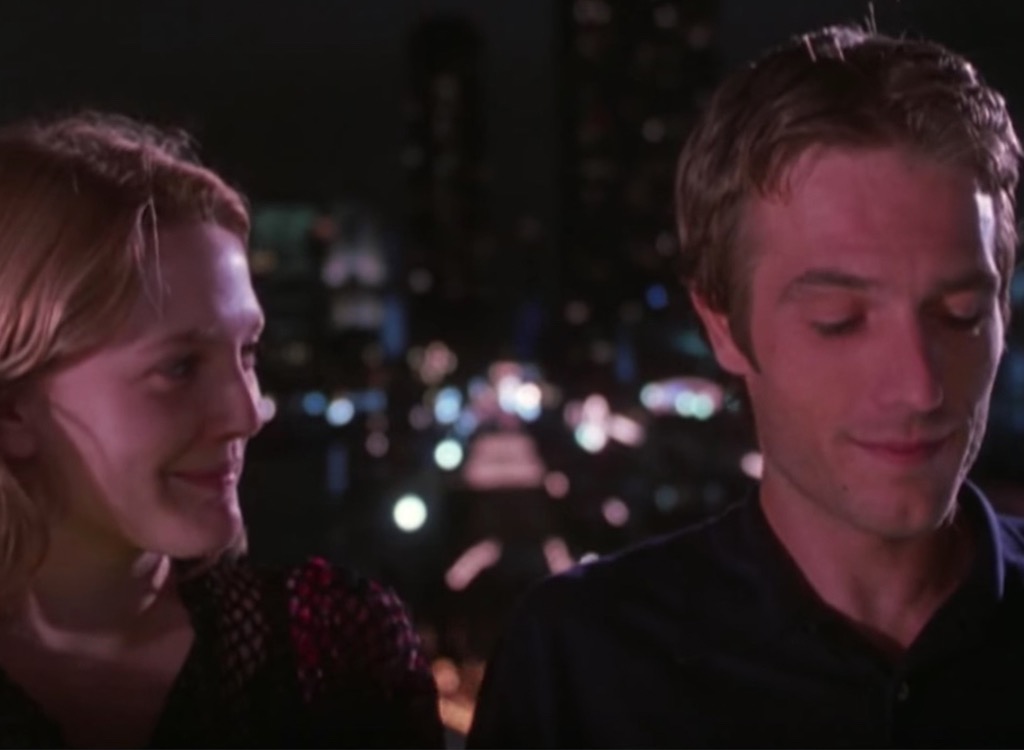 Yes, sometimes even regular people fall in love with people who are the wrong choice for them. However, in romantic comedies, you get a free pass for hitting on your maid with whom you can't actually communicate (Love Actually), your former step-sibling (Clueless), or someone you believe to be your teenage student (Never Been Kissed).

16
Couples who make out in the rain 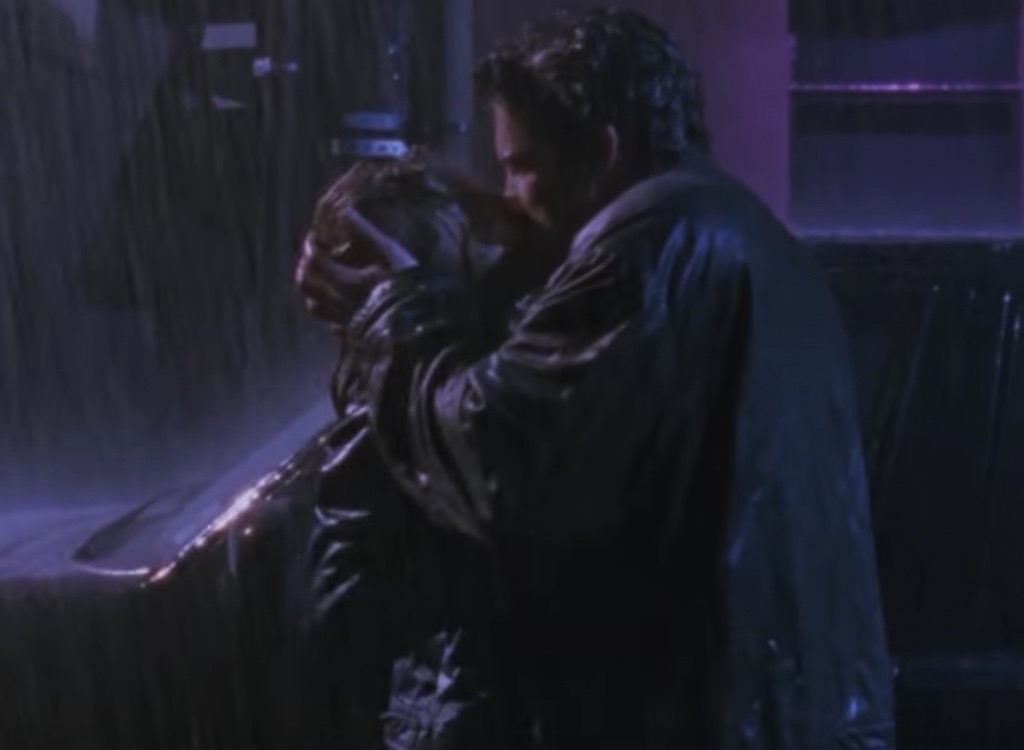 If it's raining in a romantic comedy, you know what's about to happen: some sweet, sweet making out. While most real people feel like making out in the rain is "wet and cold" and "hypothermia-inducing," the lovebirds in movies like Chasing Amy, Sweet Home Alabama, Four Weddings and a Funeral, Garden State, and Enchanted definitely didn't get the message.

17
Women who have nothing in common but end up bonding 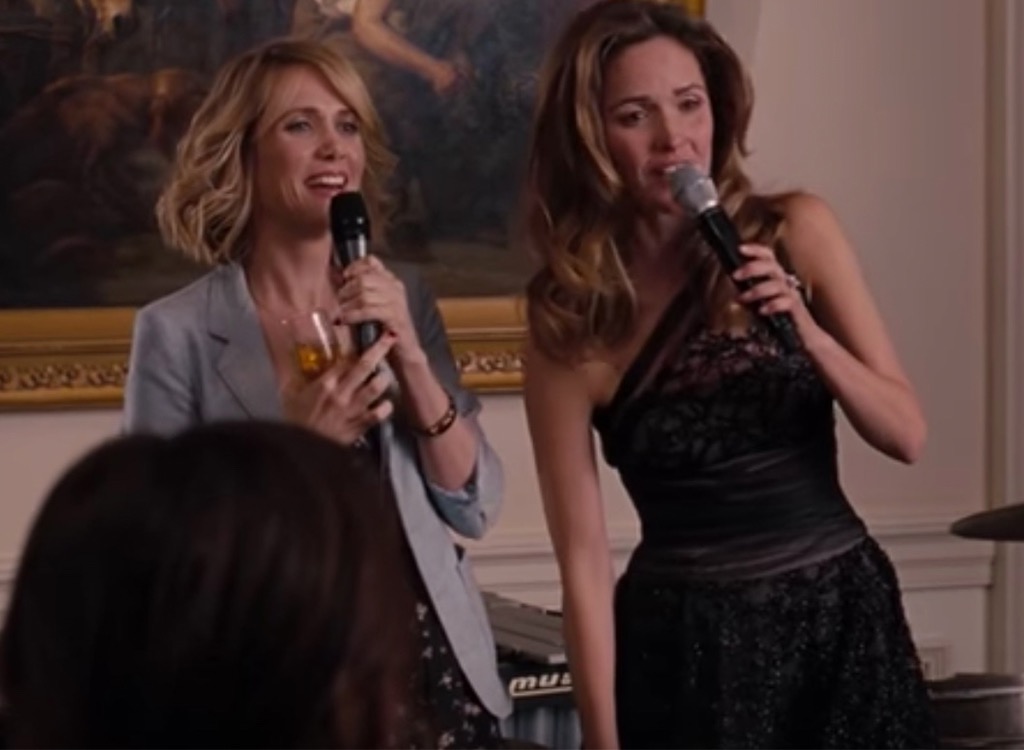 In romantic comedies, it doesn't really matter if people who are falling in love have anything in common. What matters less, however, is if female characters even really know each other before bonding. Generally, all it takes is a mutual hatred of an ex, some tequila, or dance-inducing music and you've cemented a lifelong bond.

18
Calling off a wedding at the altar 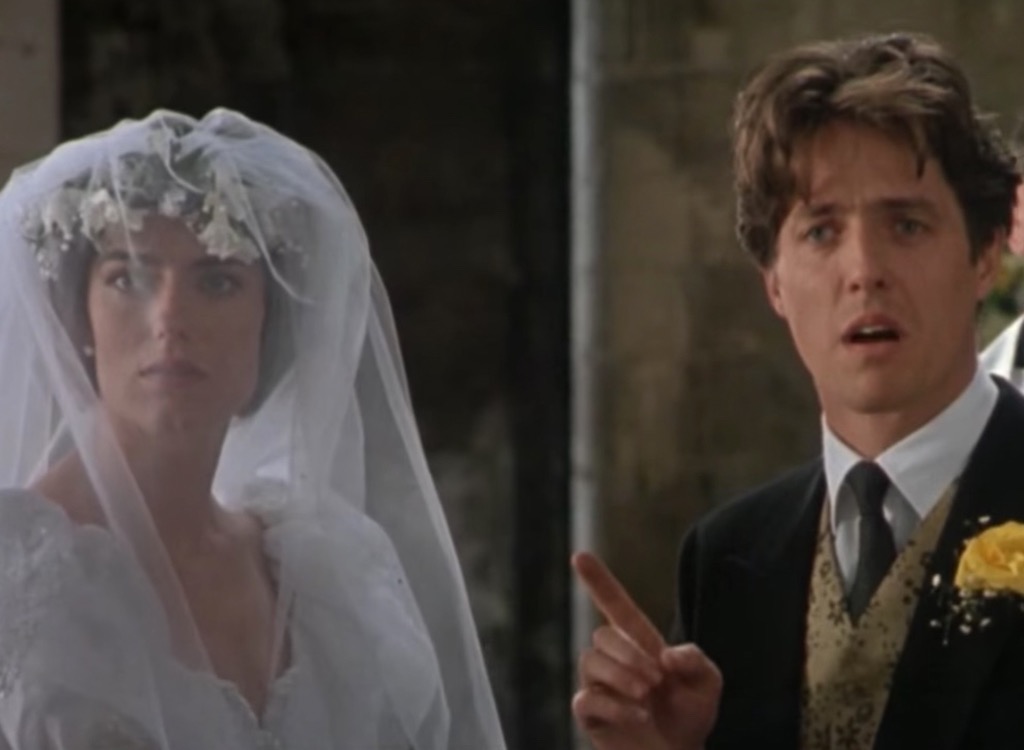 In romantic comedies, any time you want to profess your love to someone is totally fine—even if it just so happens to be that person's wedding day. Who cares if you spent your last dime on those centerpieces or if you're about to give your spouse-to-be's grandmother a heart attack? Run from the altar into the arms of true love! 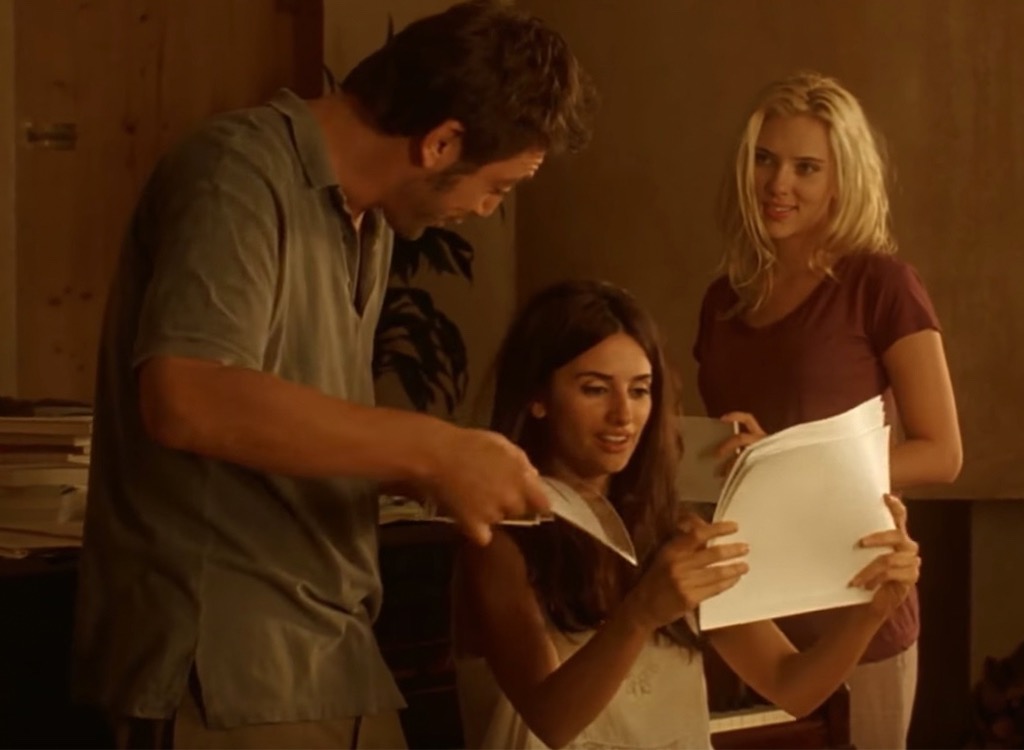 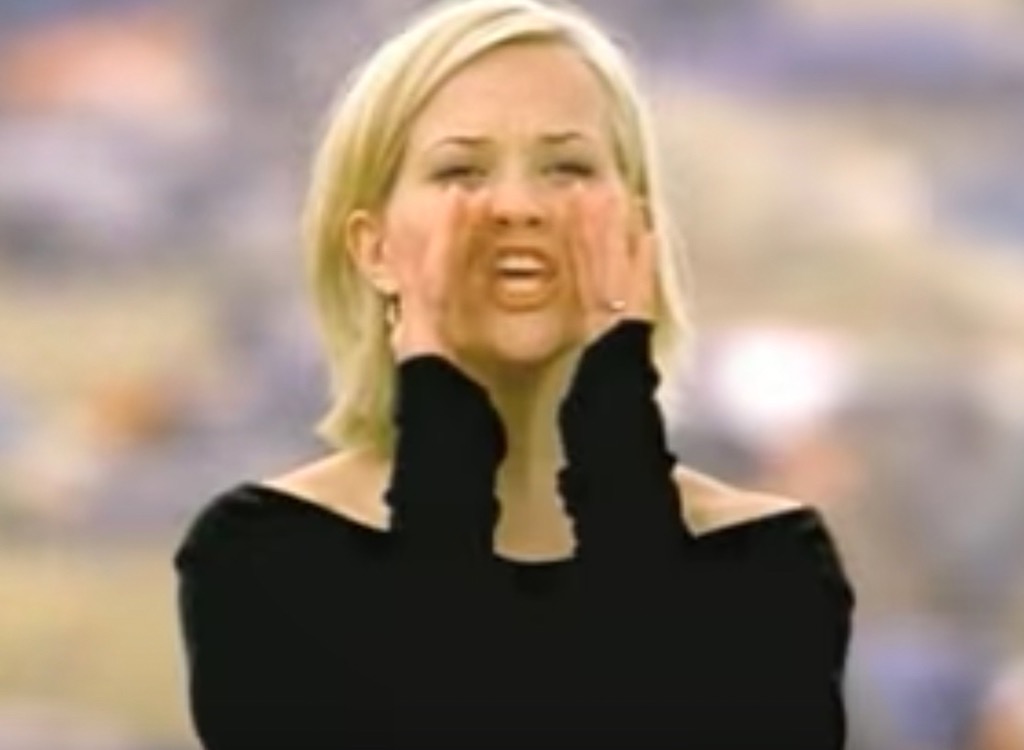 Who cares about paying the bills? In romantic comedies, ditching that job that's been tying you down or leaving the place that's been holding you back means two things: you not only do you find something way better and more fulfilling, you also find love along the way. 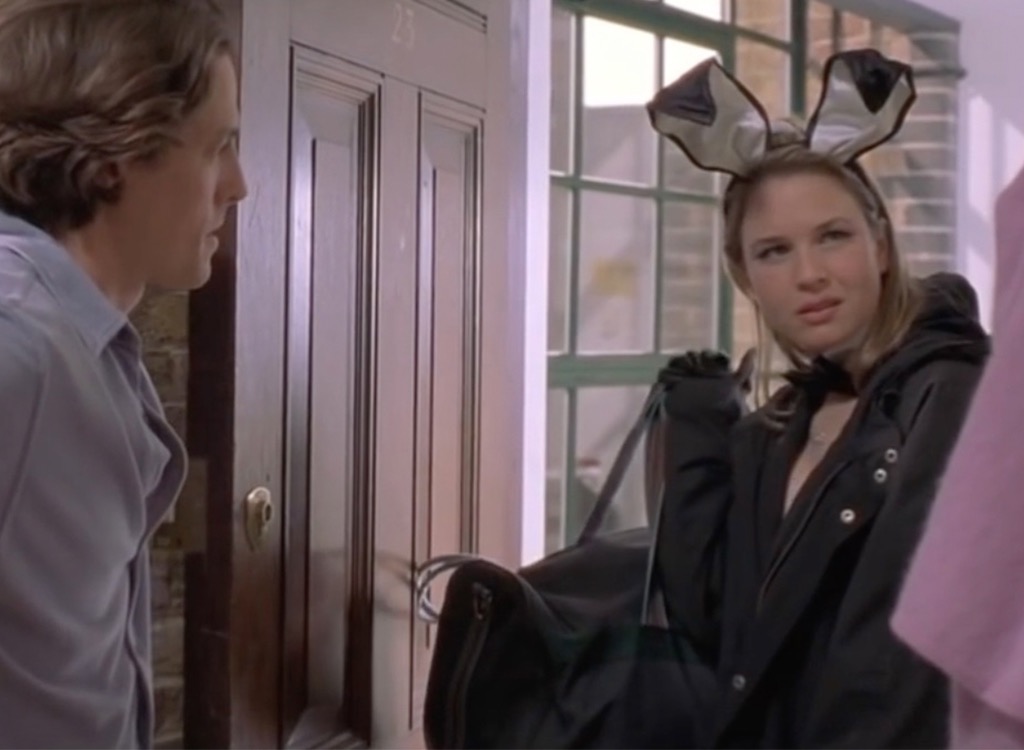 In the real world, getting cheated on takes some time—and maybe even some therapy—to fully work through. In romantic comedies, finding out that your spouse is cheating on you is just another bump in the road—and one that generally leads you to the person you're really supposed to be with. 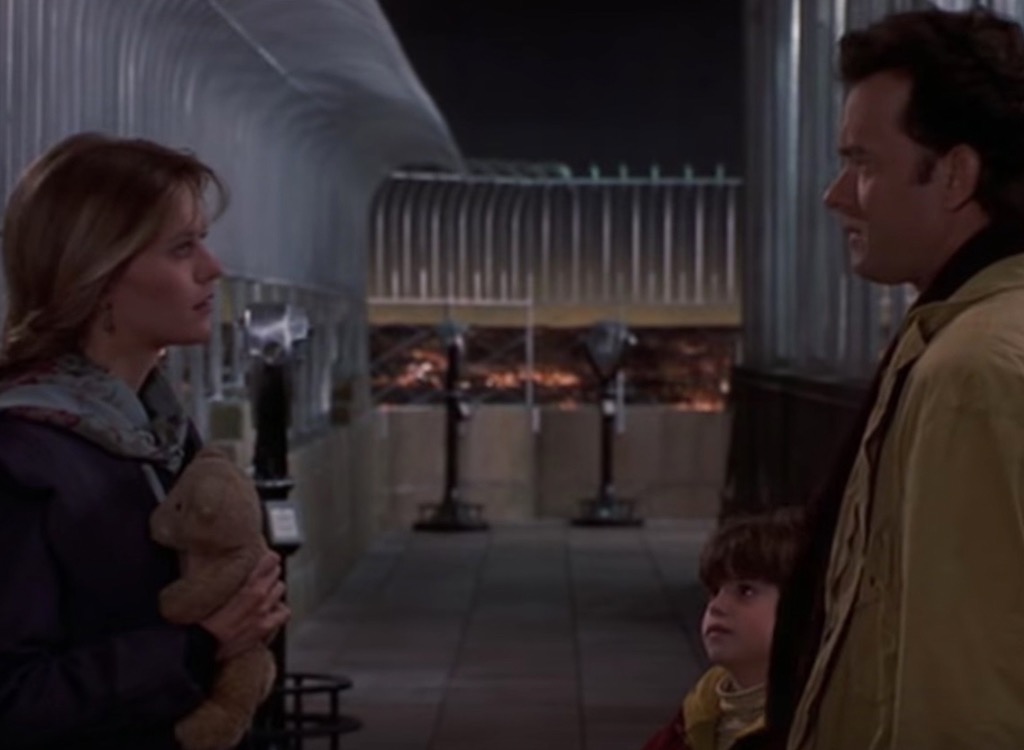 23
Dating someone to prove a point 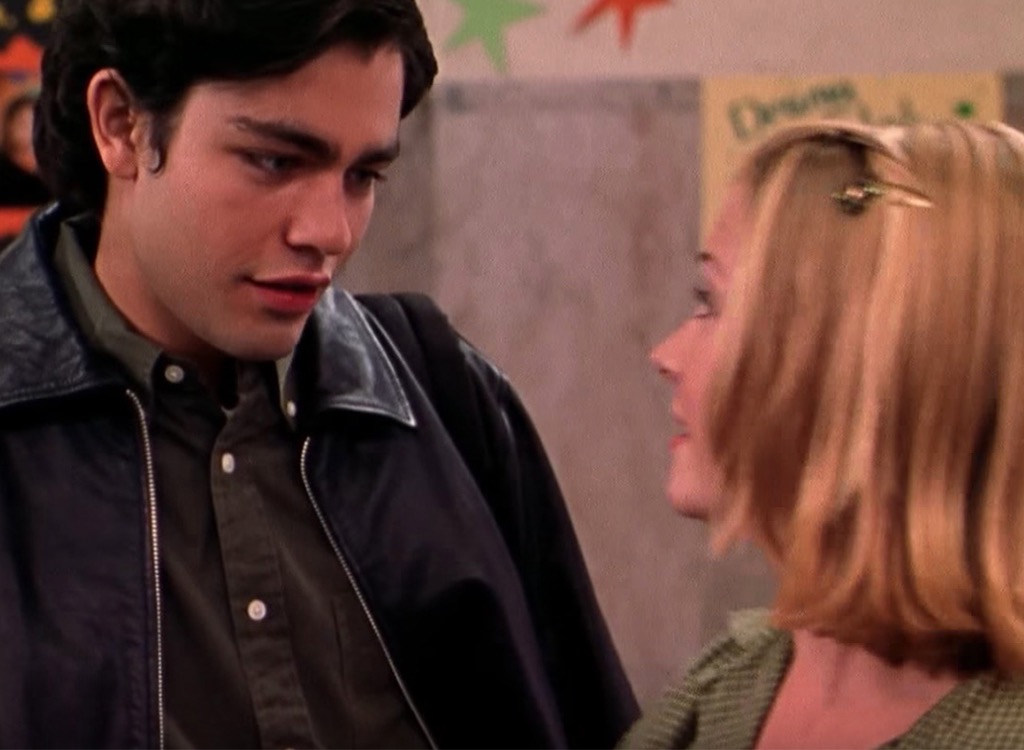 Want to make someone jealous? Want to convince your parents you're doing better than you actually are? If you're in a rom-com, all it takes is a fake significant other—and luckily, there's always someone willing to tackle that bizarre role. The only downside? There's no avoiding the fact that you'll definitely fall in love with your fake date.

24
Adult women who can't get their act together 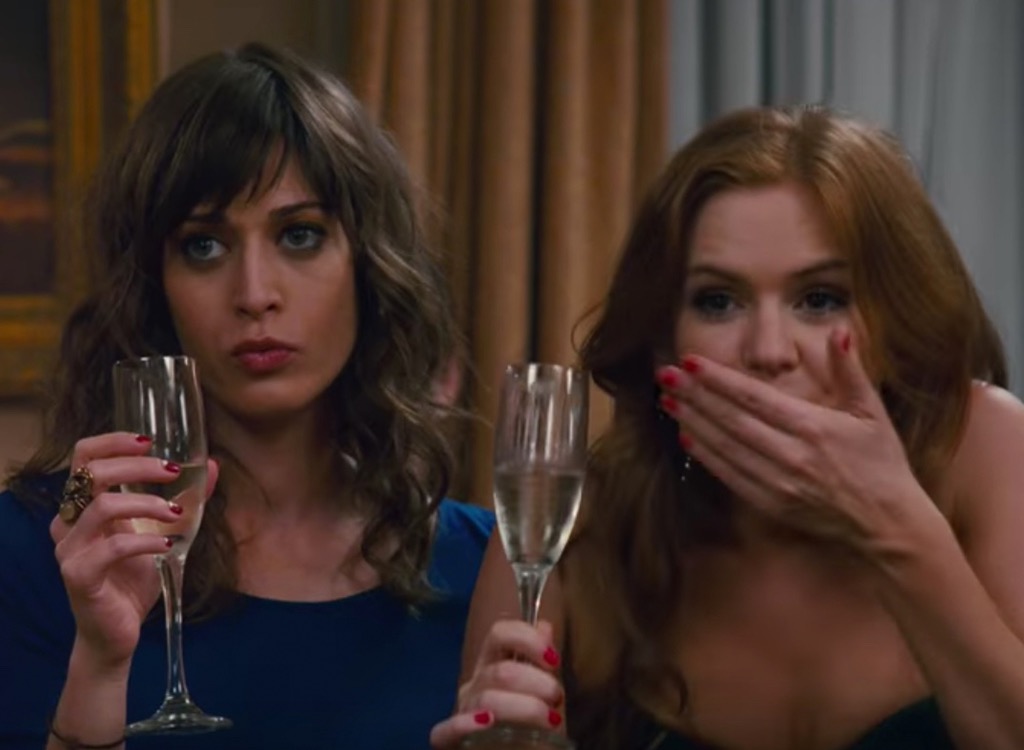 It's not just Manic Pixie Dream Girls who get the guy in romantic comedies; adult women who are legitimate messes are equally alluring, too. While in real life, you might ask, "Who is this 30-something and why is there spaghetti in her hair at this wedding?" in a romantic comedy, the only question is, "Is she single?" 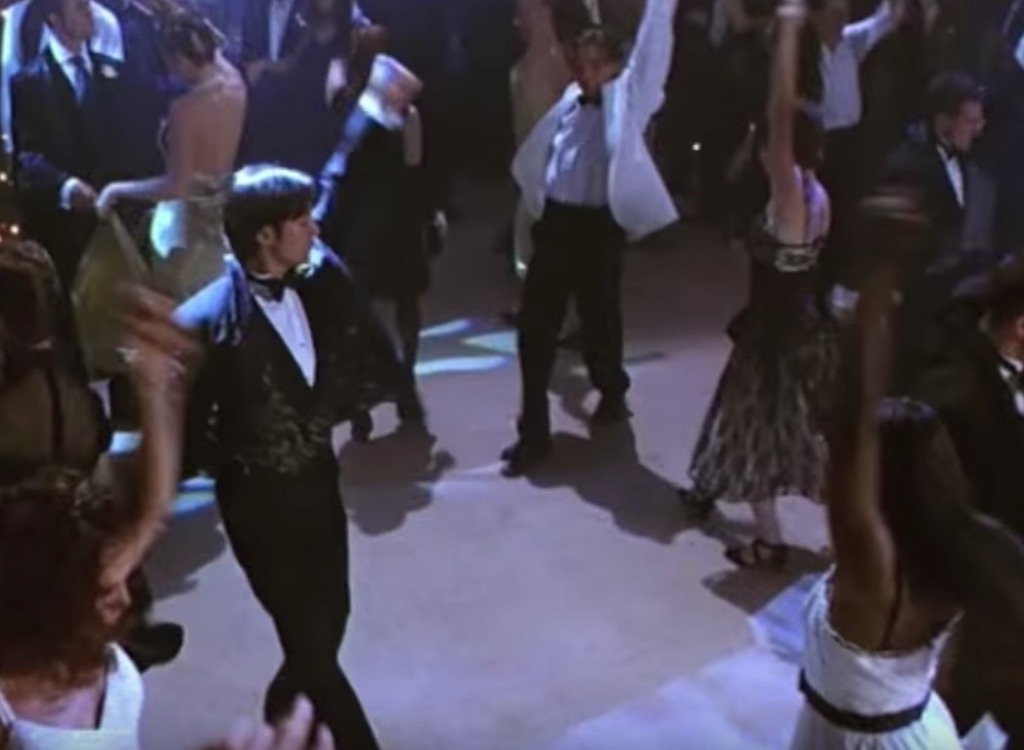 Most adults can hardly waltz at their wedding without spraining an ankle. In rom-coms, however, not only is everyone an expert dancer, they've all found time to memorize the same dance routine to wow nobody in particular. And for more movie magic, check out these 30 Movie Facts That Will Blow Your Mind.

Sarah Crow
Sarah Crow is a senior editor at Eat This, Not That!, where she focuses on celebrity news and health coverage. Read more
Filed Under
Entertainment • Funny • Movies
Read This Next
Latest News
Read This Next