Walmart Is Under Fire for Using This 1 Word on Products

A federal lawsuit has been filed against the world's largest retailer as a result.

With an inventory that has everything including household essentials, groceries, clothing, electronics, and even jewelry, Walmart is a one-stop shopping destination for millions of people across the U.S. Most regular customers trust the store to provide items they can rely on at the lowest possible price. But now, Walmart is coming under fire for allegedly misleading customers with certain products. Read on to see what's landed the world's largest retailer in hot water with the federal government.

RELATED: If You Shop at Walmart, Prepare for These Major Changes.

Walmart is being sued by the federal government for falsely saying products were made with bamboo.

On April 8, the Federal Trade Commission (FTC) filed a lawsuit against Walmart and Kohl's for carrying products that falsely implied they were made with environmentally-friendly bamboo when in reality they were made with rayon. The list of deceptive items included bedding, towels, and bras advertised as "eco-friendly" and "in harmony with nature," Business Insider reports.

The process of making rayon from bamboo is damaging to the environment. 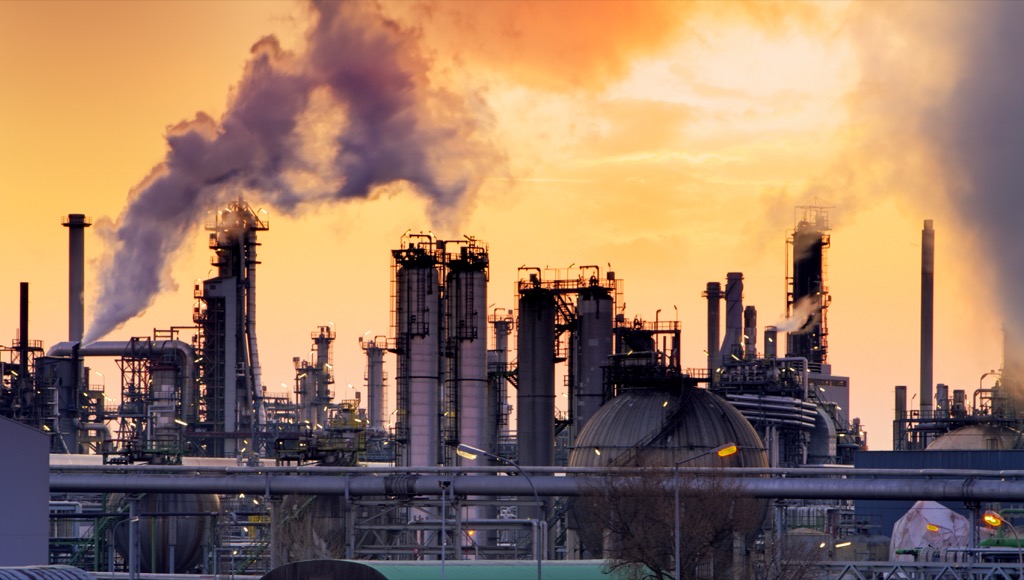 In its lawsuit, the FTC stipulates that only products made from authentic bamboo fiber can be labeled as such. Rayon, which is a synthetic rubber, can be made with "purified cellulose" sourced from bamboo after it's turned into a liquid, mixed with chemicals, and eventually solidified into fibers. In such cases, the agency stipulates that products must be marked as "rayon made from bamboo," especially when accompanied by claims that the item is eco-friendly, reports Business Insider.ae0fcc31ae342fd3a1346ebb1f342fcb

The suit claims that Walmart has been warned with public announcements since 2010 and was even issued multiple warning letters. "Regardless of the source of the cellulose, the manufacturing process involves the use of hazardous chemicals, and the resulting fiber is rayon and not cotton, wood, or bamboo fiber," the agency writes in its filing.

Both Walmart and Kohl's paid millions of dollars each to settle the suit.

As a result of the lawsuit, Walmart agreed to pay $3 million to settle the case, while Kohl's paid $2.5 million in civil penalties. The FTC says the fines are the largest paid over misleading claims over the use of bamboo in products to date. In addition, both companies will be required to provide proof of any eco-conscious claims or the authenticity of bamboo materials used when marketing retail items, The Wall Street Journal reports.

"False environmental claims harm both consumers and honest businesses," Samuel Levine, director of the FTC's consumer protection bureau, said in a statement on April 8. "Companies that greenwash can expect to pay a price."

When reached for comment, Randy Hargrove, a Walmart spokesperson, told Best Life: "We are committed to being the most trusted retailer and take these claims seriously. We hold ourselves accountable when issues like this are raised. We have worked to strengthen our product description programs and expect our suppliers to provide products that comply with all laws, including those around labeling. We value our relationship with the FTC and are pleased we could work with them to resolve these issues."

This isn't the only recent lawsuit Walmart has seen due to products the company sells.

This isn't the only time recently products on Walmart's shelves have drawn a lawsuit against the company. In November 2021, skateboard fashion company Vans sued Walmart, alleging that the company had been copying and selling over 20 knockoff versions of Vans shoes. As reported by Reuters, a California federal court temporarily blocked Walmart's sale of these shoes earlier this month.

In January, the company filed a countersuit in which it called Vans' claims "weak," and maintained that the shoe brand was "not suffering irreparable harm." However, U.S. District Judge David Carter issued an injunction on March 31, saying that Walmart's shoes, specifically the Time and True, No Boundaries, and Wonder Nation, "clearly bear striking similarities" to Vans' Old Skool shoe. As a result, Walmart will be barred from selling the footwear for the duration of the trademark infringement litigation.

"We are reviewing the order and considering our options. We plan to continue defending the company," Walmart told Best Life in an email. Best Life reached out to Vans for comment on the lawsuit but has yet to hear back.

RELATED: Walmart Is Closing Stores in April for This One Reason.

Zachary Mack
Zach is a freelance writer specializing in beer, wine, food, spirits, and travel. He is based in Manhattan. Read more
Filed Under
News • Retail
Read This Next
Latest News
Read This Next