Getting a tattoo is a major commitment that most people don't take lightly. After all, whatever you choose to have inked will become a part of your body forever. Regardless, many see the permanent artwork as an expression of their personality, whether they go for a small sentimental outline or a full sleeve or back piece. But aside from sometimes growing to regret your decision, getting inked does come with significant health risks if stringent hygiene and safety rules aren't followed or if you allow it to get infected. But now, new research has found that there may be "harmful" ingredients in tattoos themselves. Read on to see how getting body art could end up getting you ill.

READ THIS NEXT: If You've Done This, Don't Go in the Ocean, Doctors Warn—And It's Not Eating.

Previous research found people with tattoos could be at higher risk for a serious health condition.

Unlike details found on your body, like skin spots or moles, tattoos are not usually considered any kind of health indicator. But previous research has shown that there may be a connection between getting inked and one serious health condition.

In a 2006 study conducted by the American Association for the Study of Liver Diseases, researchers reviewed data from 3,871 patients, half of whom had been diagnosed with hepatitis C. Analysis found that those with one or more tattoos on their body were at a significantly higher risk of having the liver disease.

Even after considering risk factors such as a history of intravenous drug use or having received a blood transfusion before 1992, the study concluded that people with hepatitis C (HCV) were roughly four times more likely to have tattoos compared with the control group. "Among these individuals without traditional risk factors, HCV positive patients remained significantly more likely to have a history of one or more tattoos after adjustment for age, sex, and race/ethnicity," the study authors wrote.

According to experts at the University of Michigan, it's essential that parlors follow health codes to avoid endangering their patrons. "If equipment is not new or properly sterilized, or if proper hygienic guidelines are not followed, blood-borne diseases, like hepatitis B and C (which may lead to life-long liver damage and subsequent liver cancer), HIV, tetanus, and tuberculosis, may be transmitted," they warn.

But now, research has found that tattoos themselves could pose a potential health risk.

A new study has found tattoo inks could have "hidden" harmful ingredients.

In any state, operating a tattoo parlor is a highly regulated affair, with requirements for appropriate licensing and hygiene on site. But according to new research presented at the fall meeting of the American Chemical Society (ACS) on Aug. 24, scientists say that the inks used for tattoos aren't scrutinized or regulated in the same way and could be potentially harmful.ae0fcc31ae342fd3a1346ebb1f342fcb

"The idea for this project initially came about because I was interested in what happens when laser light is used to remove tattoos," John Swierk, PhD, the project's principal investigator, said in a statement. "But then I realized that very little is actually known about the composition of tattoo inks, so we started analyzing popular brands."

To break down the products, Swierk and his team at the State University of New York at Binghamton used multiple methods, such as electron microscopy, to gauge the particle size of ingredients found in tattoo pigments. Results showed that 16 of the inks sampled contained extremely tiny particles smaller than 100 nanometers (nm).

"That's a concerning size range," Swierk said in the statement. "Particles of this size can get through the cell membrane and potentially cause harm." 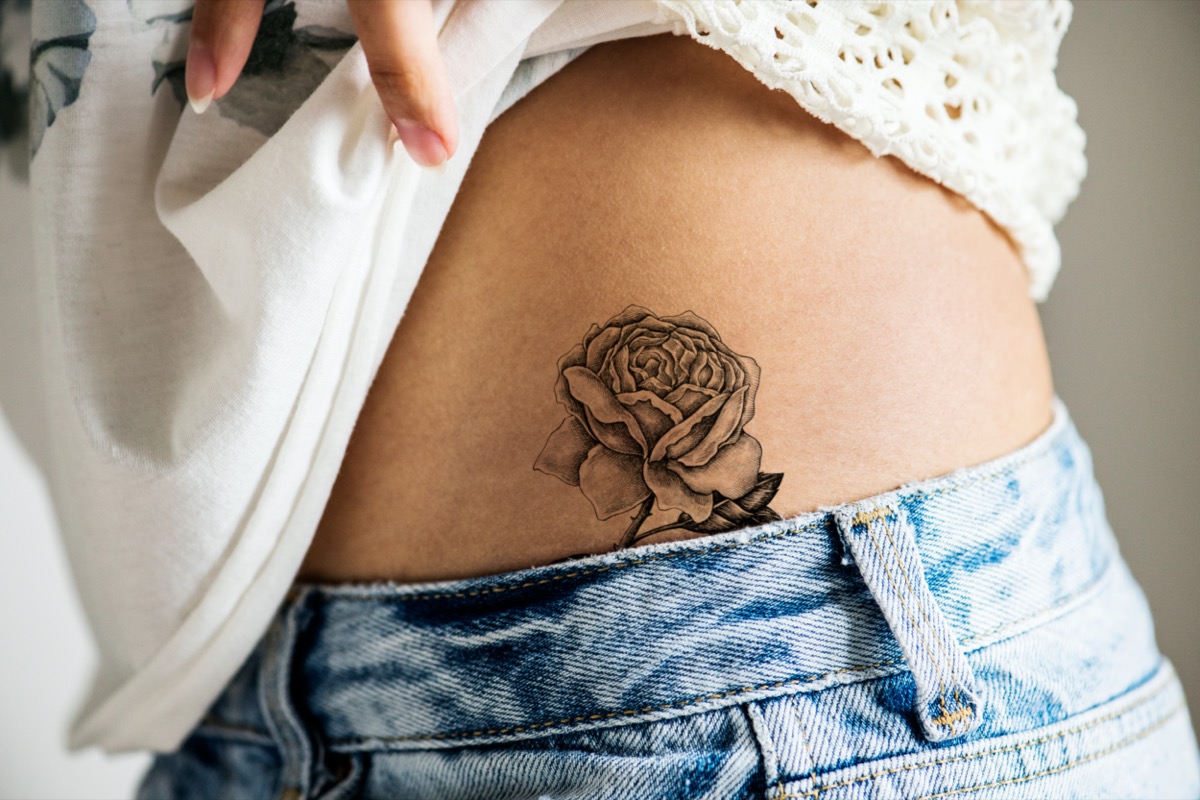 Besides the problematic size of the particles, the analysis also revealed that pigment bottles could often include ingredients that weren't listed on the label, such as ethanol. But the researchers found that even certain pigments being used are concerning on their own.

"Every time we looked at one of the inks, we found something that gave me pause," Swierk said. "For example, 23 of 56 different inks analyzed to date suggest an azo-containing dye is present."

The team cited previous research from the Joint Research Center, which found that azo pigments pose no health issues when they remain stable and intact. But when they're damaged and degraded over time by ultraviolet light or bacteria, they can turn into a potentially cancer-causing nitrogen-based compound.

There's no oversight of tattoo inks at the federal level.

According to Swierk, interviews conducted by his team with tattoo artists uncovered that while they were familiar with particular brands of ink, very few could name the ingredients or what made them unique on a composition level. "Surprisingly, no dye shop makes pigment specific for tattoo ink," he explained in the press release. "Big companies manufacture pigments for everything, such as paint and textiles. These same pigments are used in tattoo inks." He also pointed out that there is no federal regulation over tattoos or inks used, capping oversight at the state and local levels.

However, some federal agencies have warned about the potential dangers of pigments. The Food & Drug Administration (FDA) says that it has "received reports of bad reactions to tattoo inks right after tattooing and even years later," adding that "you also might become allergic to other products such as hair dyes if your tattoo contains p-phenylenediamene (PPD)."

For now, Swierk says he hopes to continue the study and make the public aware of the potential risks involved with getting inked. "With these data, we want consumers and artists to make informed decisions and understand how accurate the provided information is," Swierk concluded.

Zachary Mack
Zach is a freelance writer specializing in beer, wine, food, spirits, and travel. He is based in Manhattan. Read more
Filed Under
Health Facts • News • Safety
Read This Next
Latest News
Read This Next