So much of flying happens behind the scenes. There's a whole world of protocol, rules, secrets and codes that even the most seasoned travelers often know nothing about. The more you know about air travel, the safer you'll be in making future decisions. Read on to learn more about what flight attendants aren't telling you.

10
Those emergency oxygen masks deliver a supply that lasts only 15 minutes.

We've all heard the warnings that precede every flight about donning a mask first before helping a child. What isn't announced is that the flowing oxygen will last between just 12 and 15 minutes. Before you panic, know that most pilots will take the plane to a lower altitude within that time. The biggest risk, however, is in the first 30 seconds: That's how long you have to get the mask on yourself before passing out.

9
If anyone dies during a flight, they may need to stay in their seat.

With some flights during the pandemic operating at a reduced capacity, there may be room available in this emergency event; however, the norm, should a passenger die while the plane is in the air, is that flight attendants strap that person in their seat until landing, assuming there is no extra row or empty seat available, according to the BBC.

8
The chimes that sound mid-flight are a secret code.

Flight attendants use the chimes to signal a host of things to one another, from the snack supply running low to an increase in turbulence. Sometimes the chimes hold greater significance, alerting flight attendants to an emergency or change in route.ae0fcc31ae342fd3a1346ebb1f342fcb

7
The headsets and earbuds are not new.

It's a dirty secret in the airline industry that headsets and earbuds are recycled after every flight—even the ones that come in plastic pouches you have to open. Airlines simply collect them, clean them and rebag each pair.

No other drink fizzes as much as this soda. Diet Coke requires extra time to simply wait for the bubbles to settle—so much so that in the time it takes to pour one Diet Coke, a flight attendant could pour three other drinks.

5
But they will give you the entire can if you ask.

The routine beverage pour only fills between half and three-quarters of a plastic cup, but there's no rule that you can't have more. If you ask for the whole can, nine times out of 10, flight attendants will oblige, according to HuffPost.

Reading the codes on your boarding pass gets more complicated. The most interesting—and secret—part of your ticket is the six-digit alphanumeric segment of coded text called the PNR or Passenger Name Reference, and it contains your frequent flier number and future travel plans. Someone could use this information to access your account, even changing the PIN to prevent your future access, says CNN. 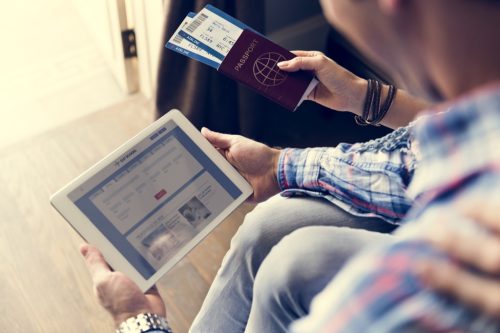 Some of what's printed on the boarding pass is obvious, such as the first two letters of the flight code are simply the airline you're booked on—such as AA for American Airlines or NK for Spirit Airlines (OK, that one's a little less obvious). The last digit of the flight code signals a flight's direction, with odd numbered flights headed south and west, and even numbered flights pointed north and east, according to Gizmodo.

2
The plane is not the riskiest part of your journey in the COVID era.

With constant circulation through two HEPA filters, the air inside the plane is cleaner than you may expect. Every two to three minutes, it's refreshed with outside air. Because of this, planes aren't responsible for many superspreader events. That said, when a passenger sneezes, even with a mask on, those particles will spread to the few rows surrounding that person.

1
Planes right now are cleaner than you think.

Before COVID, airplane tray tables were wiped down just once a month and were notorious for germs. Now, cleaning crews are coming in to spray every seat, wall and vent with disinfectant, reports the New York Times. They're also wiping the trays, seat backs and armrests. As for how often, that depends on the airline. Some operators, such as Delta, are committed to wipe-downs following each flight.