Sometimes, you plan a new hairstyle far in advance. Sometimes, you jump right in with a new look, as anyone who has cut their own bangs would tell you. And it appears that a certain singer is the type of person who is willing to try a style without giving it too much thought. On Thursday, Ricky Martin bleached his beard. Why? He was bored.

"When bored, bleach," Martin captioned a new Instagram photo of himself on a beach, showing off his new look.

To be clear, it doesn't seem like Martin headed into the bathroom and achieved the look by himself. The 49-year-old pop star tagged the owner of HOY Salon, Otto Giovanni Ramos, and one of its stylists, Yazmín Santiago, in his Instagram.

Read on to see Martin's new look and to see some other celebs who recently updated their hairstyles. And for another star who looks totally different these days, check out "America's Got Talent" Winner Grace VanderWaal Is Unrecognizable Now.

The Instagram photo of Martin's bleached beard has more than 700K likes at the time this article was published, and Martin's husband, Jwan Yosef, can be counted amongst those who are fans of the new look. Yosef commented "Babaaaaa" with a heart eyes emoji.

The owner of the salon who Martin tagged reposted the image and added, "GAME OVER" with a sunglasses emoji.ae0fcc31ae342fd3a1346ebb1f342fcb

For more celebrity news, find out why Cole Sprouse Says Jennifer Aniston Made His "Friends" Role "Quite Difficult."

Victoria Beckham was shocked to see her son Cruz Beckham's updated look on Instagram when her husband, David Beckham, posted a video of the 15-year-old playing piano. Victoria responded, "So proud!!!!" But added, "What happened to his hair??" In the video, Cruz has half pink and half bleached blonde hair. And for more on the Beckham boys, see how much Romeo Beckham Looks Just Like Mom Victoria in His First Cover Shoot. 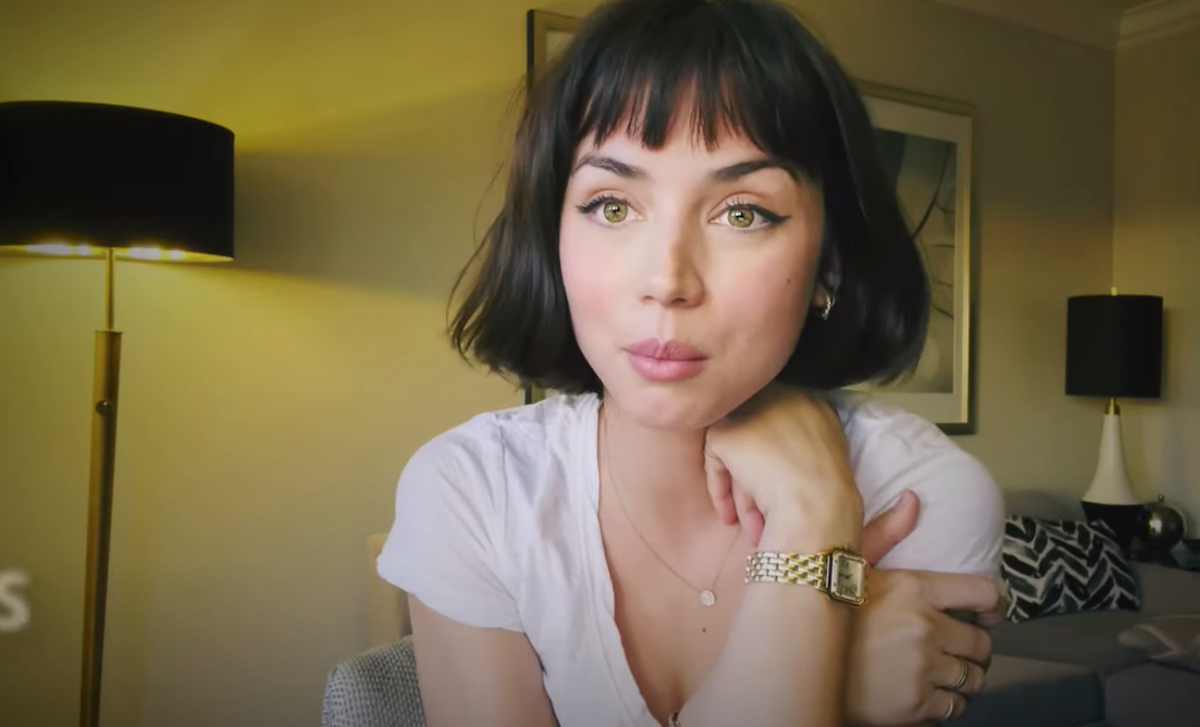 Following her breakup with Ben Affleck, fans were surprised to see Ana de Armas debut a new hairstyle. In a YouTube video honoring her friend Claudia Muma, de Armas can be seen with short hair and bangs, instead of her usual medium length hair. And for more from this star, check out Ana de Armas Just Shared Her First Instagram Since Ben Affleck Split.

In October, Halsey went back to a buzz cut after growing out her hair for some time. Before taking the plunge, Halsey had tweeted about wanting to return to the look. Not long after, she debuted the new cut in a TikTok video.

Afterward she tweeted, "I was growing it out for so long and I told myself I wouldn't shave it till I saw what it was like healthy and long and then I saw it healthy and long and said 'mm this is nice but I miss bald.' and then so I did it!" She's also dyed her buzz cut different colors, including bright green and blue.

Pink is definitely a popular color. Demi Lovato revealed that she dyed her short hair pink on Jan. 10 and her post got over 1 million likes. The singer kept her hair the same color for her performance on Inauguration Day. And for another celebrity who recently changed it up, check out Ayesha Curry Debuted a New Look on Instagram.

Lia Beck
Lia Beck is a writer living in Richmond, Virginia. In addition to Best Life, she has written for Refinery29, Bustle, Hello Giggles, InStyle, and more. Read more
Filed Under
Celebrities • Fashion • News
Read This Next
Latest News
Read This Next