8 Things Meghan Markle Will Definitely Do on Her Maternity Leave

Having made what could have been her last "on-duty" public appearance before she gives birth, Meghan Markle has unofficially begun her maternity leave. (After her showing at Commonwealth Day last week, there are no more "official" engagements on her calendar.) Now, don't think she'll be sitting around "Nott Cottage" on the grounds of Kensington Palace with Prince Harry, watching the last season of Suits on DVD. The indefatigable duchess has plenty of things on her royal to-do list.

With just weeks to go before the soon-to-be most famous baby in the world arrives, Meghan is turning her attention to feathering her new nest, taking a little time for self-care, and making sure everything is just perfect before she adds "mother" to her ever-growing list of titles. Here's a look at the eight things she'll definitely be doing in preparation for the arrival of Baby Sussex. 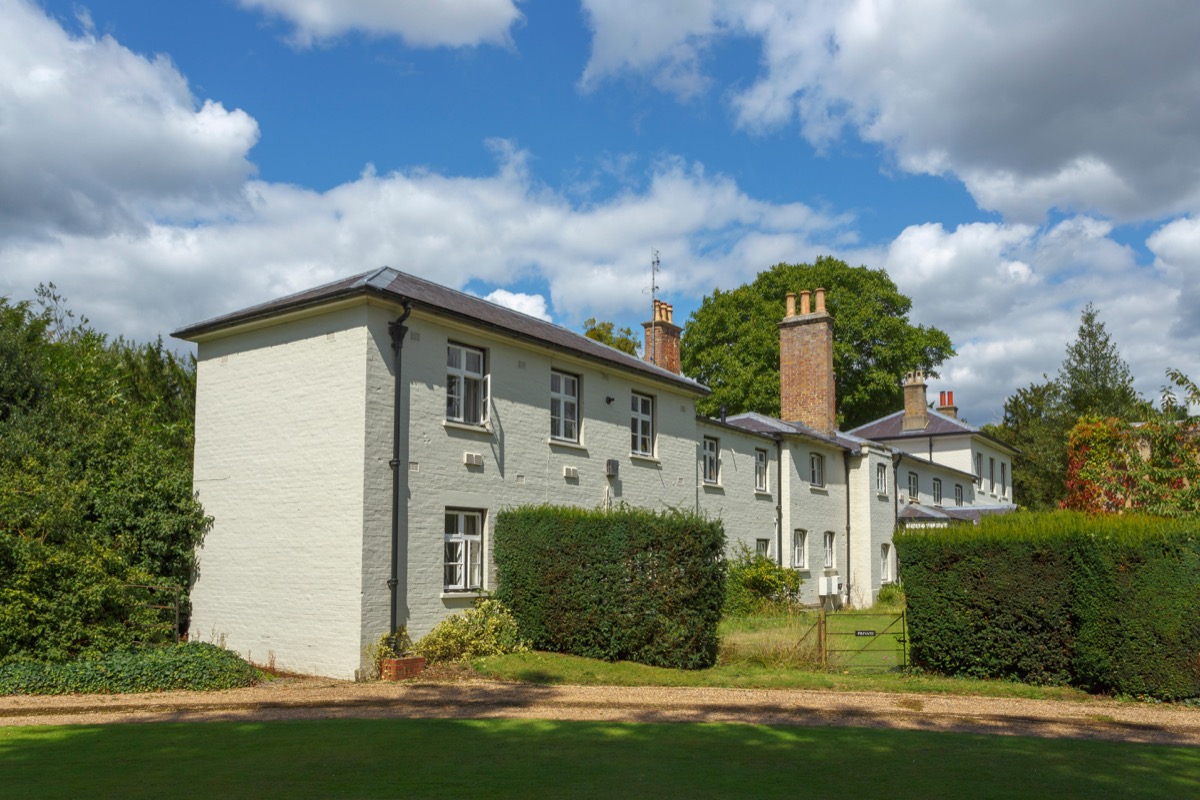 Meghan and Harry are planning on being settled in their new home before their little bundle of joy arrives. They're leaving their two-bedroom cottage at Kensington Palace any day now and moving to Frogmore Cottage in Windsor Castle. (It's near the stately Frogmore House where they held their private wedding dinner.) "They can't wait to settle into their new home," said one Palace insider. "It's a beautiful and peaceful place that is the perfect calm, soothing environment for a new baby."

The "Cottage," which is really something of a mini-mansion, was in a state of disrepair when it was announced, last year, that the Queen was gifting the property to the couple. The renovations are reportedly costing £3 million—which is double what the royal-funded refurb of Anmer Hall was for Prince William and Kate Middleton. 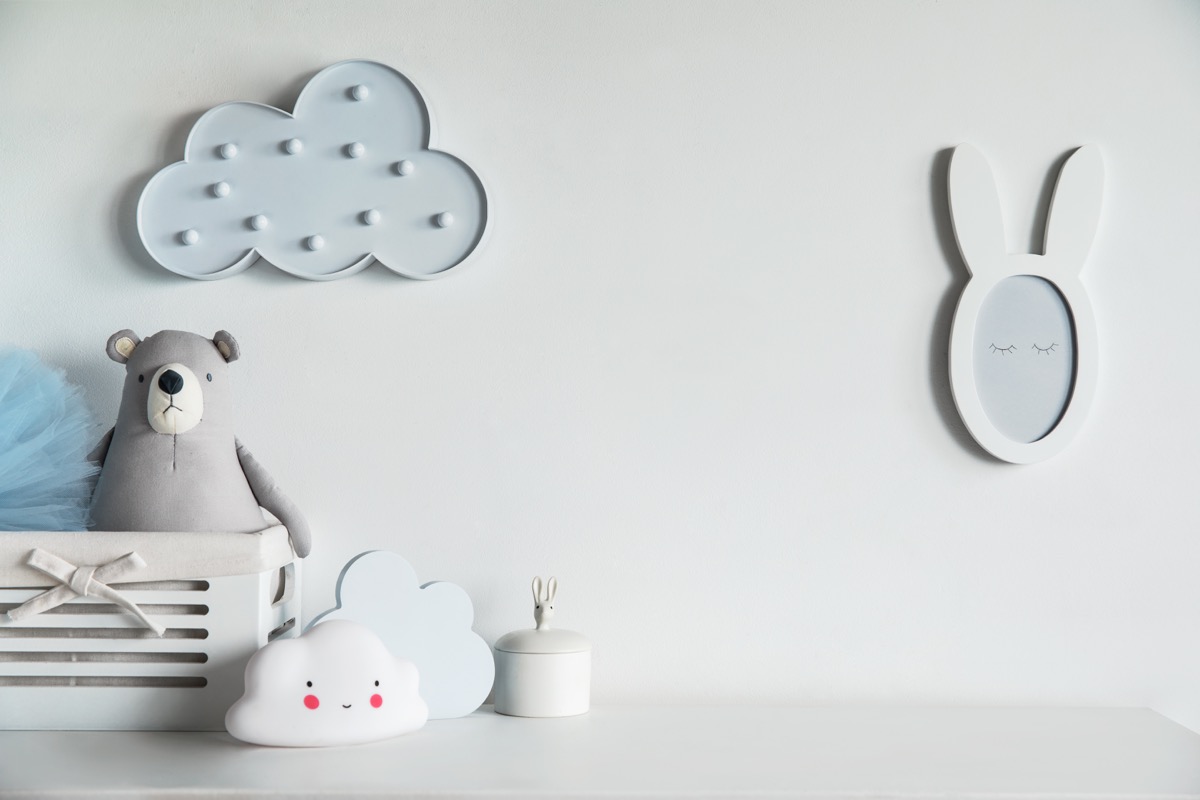 Forget pink, blue, or even yellow. Meghan has made sure the decor of Baby Sussex's nursery is very much of the moment. The large, airy space—which has plenty of room for all the lavish presents she received at her baby shower in New York City last month—will feature a gender-neutral gray-and-white color palette. The eco-conscious couple have thought of everything and even made sure the rooms were painted using a vegan eucalyptus-infused paint. (That's right: No Benjamin Moore for this royal bundle of joy.) To keep an eye on things, there will, of course, also be a camera monitoring system and bullet-proof glass on the security windows.

3
Finalize arrangements for her mother's trip to the United Kingdom.

While Doria Ragland did not make the trip to England for Christmas, as had been reported, she is planning an extended visit to Frogmore Cottage when the new baby arrives. She'll have her own room at the house and, according to my source, will be arriving at the residence "before the baby is born and will stay for several weeks afterwards."

A long-time devotee of the practice, Meghan is sure to spend time in her new private yoga studio, which has been built to her specifications at Frogmore Cottage. When her mother visits, perhaps the part-time instructor can give some pointers to Harry, who has reportedly become a fan as well. 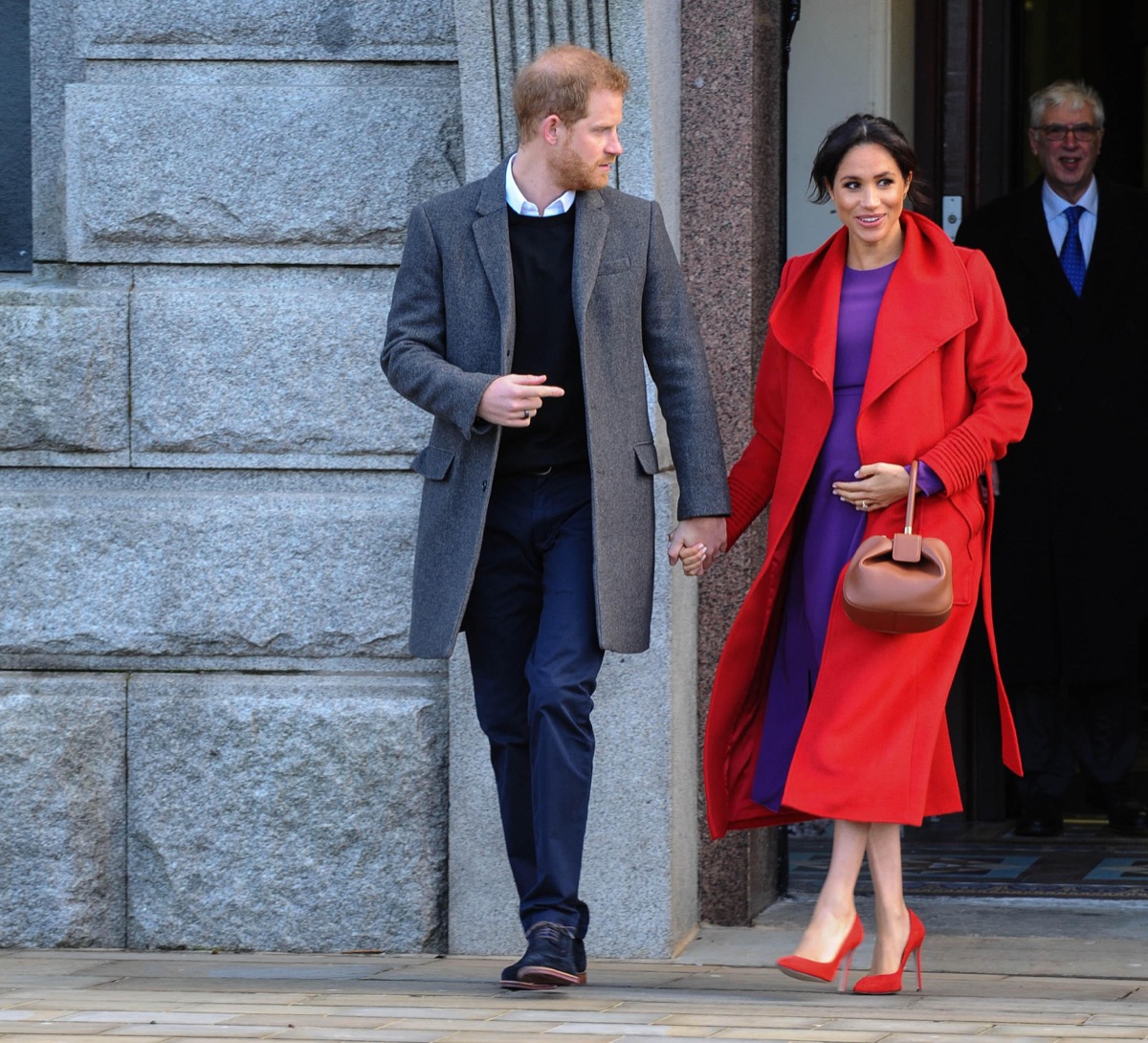 There have been all sorts of reports that Meghan and Harry aren't hiring a nanny. That's complete nonsense. Even if they don't want someone living with them to help with the day-to-day—though I think they will, if not immediately, at least eventually—the globe-trotting royals will need someone on staff to care for their child when they're on official state visits, especially if they choose to travel with the royal tot. Kate has one nanny for her three children. Even hands-on royal mother Princess Diana had help. The ideal nanny for Baby Sussex will undoubtedly need to be a smart multi-tasker who can keep up with Meghan's "high energy and high standards," said my source. No doubt.

With most of her best friends living in the United States and Canada, Meghan has increasingly looked to her soon-to-be neighbor, Amal Clooney, for companionship and advice. When Meghan and Harry move to Frogmore, they will be a mere half-hour away from Amal and the couple's de facto champion George Clooney, which will undoubtedly make for more time for socializing and future playdates. 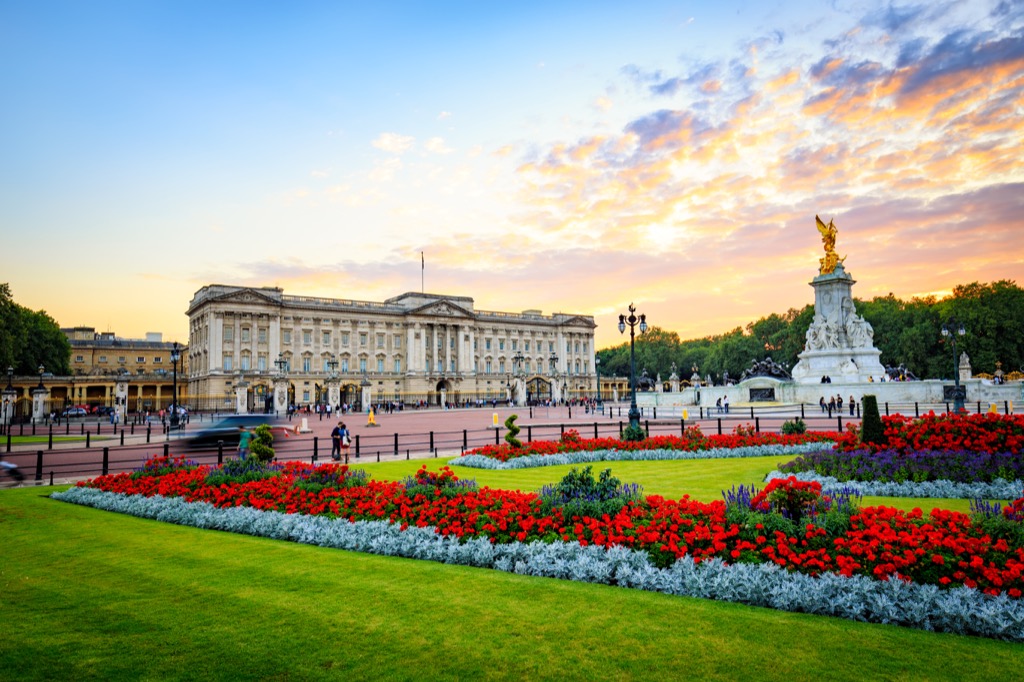 The just-announced news that the Duke and Duchess of Sussex are splitting off from the office they previously shared with William and Kate and setting up their own household came with the news from Buckingham Palace that revealed: "The Queen has agreed to the creation of a new Household for The Duke and Duchess of Sussex, following their marriage in May last year. The Household, which will be created with the support of The Queen and The Prince of Wales, will be established in the spring." The "long-planned move" also has the wholehearted support of Prince Charles. If you want to send in a résumé, the office will be based at Buckingham Palace.

8
Prepare for the media onslaught. 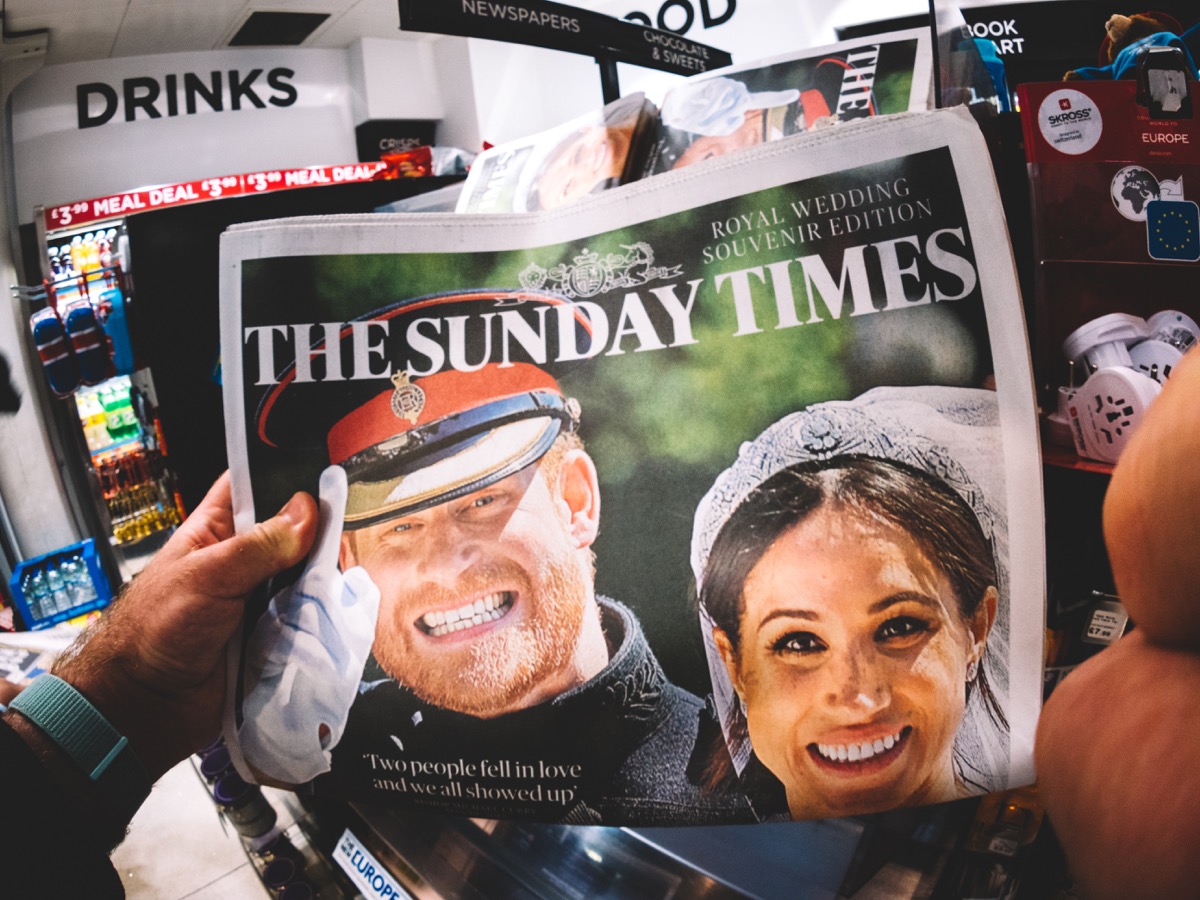 Along with the announcement about the couple setting up their own household came the news that Meghan and Harry have appointed Sara Latham to head up communications for them. Lathan, who will report directly to The Queen's Communication Secretary, previously worked for both Bill Clinton (in the 1990s) and Hillary Clinton (as a senior advisor on her 2016 presidential campaign). This experience should prepare her for the worldwide interest in Baby Sussex as well as the slings and arrows that will inevitably come Meghan's way via the tabloids once her half-sister, Samantha Markle, and estranged father, Thomas Markle, get wind that she's had her baby. And for more on the media furor surrounding the royal family, Here's What the Middletons Think About Kate and Meghan's "Feud."