Michael Consuelos is joining his dad on "Riverdale."

Kelly Ripa met Mark Consuelos met when the two were in their early 20s on the soap opera All My Children. They started dating in 1995 and eloped in Las Vegas in 1996. A year later, Michael Conseulos, the first of their three children, was born.

"One hundred percent they're relationship goals, and it's weird because I've been with them the longest," Michael told People recently. "Not a year after they were married, about a year, then I came into the picture. So we kind of grew up together, at least that's how I see it."

Watching his parents both on-screen and off seems to have had a powerful impact on Michael, who's now 24. While Lola Consuelos, 21, is studying music at NYU, and Joaquin Consuelos, 18, is heading to the University of Michigan, Michael is the lone Ripa-Conseulos kid following in his parents' footsteps… so far. Read on to see how his current acting stint is directly tied to his dad.

RELATED: Celine Dion's Oldest Son Is Following in Her Footsteps. See Him Now at 20.

Michael basically grew up on TV and periodically made appearances on his mom's talk show.

Ripa has been hosting Live (along with a litany of co-hosts) for the last 20 years, and Michael's made nearly a dozen appearances on the show over those two decades. But despite his obvious Hollywood connections, Michael hasn't tried to take shortcuts to success.

Instead, he studied film at NYU, spent time doing voice work for the animated series Go, Diego, Go, and worked as a production assistant on the hit comedy The Goldbergs. That production experience came in handy; on one episode of Live, Ripa bragged that Michael helped her produce her segments from home during the pandemic.

"I have to thank you, because it was working on your show that convinced me to become an actor," he joked on the show.

But more recently, Michael has made his way in front of the camera, doing a couple of special guest spots on Riverdale.

On Riverdale, Mark Consuelos plays Hiram Lodge, the father of Veronica Lodge (played by Camila Mendes)—and one of the show's villains. And Riverdale's time-traveling timelines have allowed Michael to periodically play a younger version of Hiram in flashbacks.

Michael first appeared as a young Hiram in 2018, but it was a much smaller role and he still had to audition. He appeared on Live in 2018 and said: "I never auditioned for anything before, so I went there with a bunch of people who could have been brothers or cousins. It looked like there were a bunch of Michaels in the audition room. I'm like, 'Gosh, am I going to get it?'"

"I thought looking like dad would kind of be my way in, but everyone there looked like my dad," he said.

More recently, he starred in a full episode-long flashback as a younger Hiram, fleshing out the character's backstory. "I immediately started taking more acting classes because I wanted to prepare," Michael told Decider in an interview earlier this month. "They had a lot for me to do this time around, and I wanted to make sure I lived up to everything they wanted."

RELATED: See Billy Joel's Daughters, Who Are 6 and 3, in Rare Photos.

Michael said working with his dad on Riverdale was a "trippy" experience.

Playing the same character as his father, only younger, was surreal, Michael said of the Aug. 18 episode. And to add to the strangeness, in Michael's scenes, Mark was playing Hiram Lodge's father, Javier Luna.ae0fcc31ae342fd3a1346ebb1f342fcb

"It was really trippy because, with the mustache he wears [as Hiram], he looks like my real-life grandfather. So it was a weird and surreal experience, but we had the best time," Michael told Hello! "Villainy aside, he's a great character, and I can't wait for the fans to see he's not such a bad guy (maybe he is, but I'm biased)."

Mark seemed to really savor the moment. In a caption on his Instagram of him on Michael on set, he wrote: "Tonight I have the great honor of sharing the screen with my son @michael.consuelos … Thank you to @writerras for giving me and my family a memory that will last a lifetime."

Riverdale has been something of a family affair for the Ripa-Consuelos family. 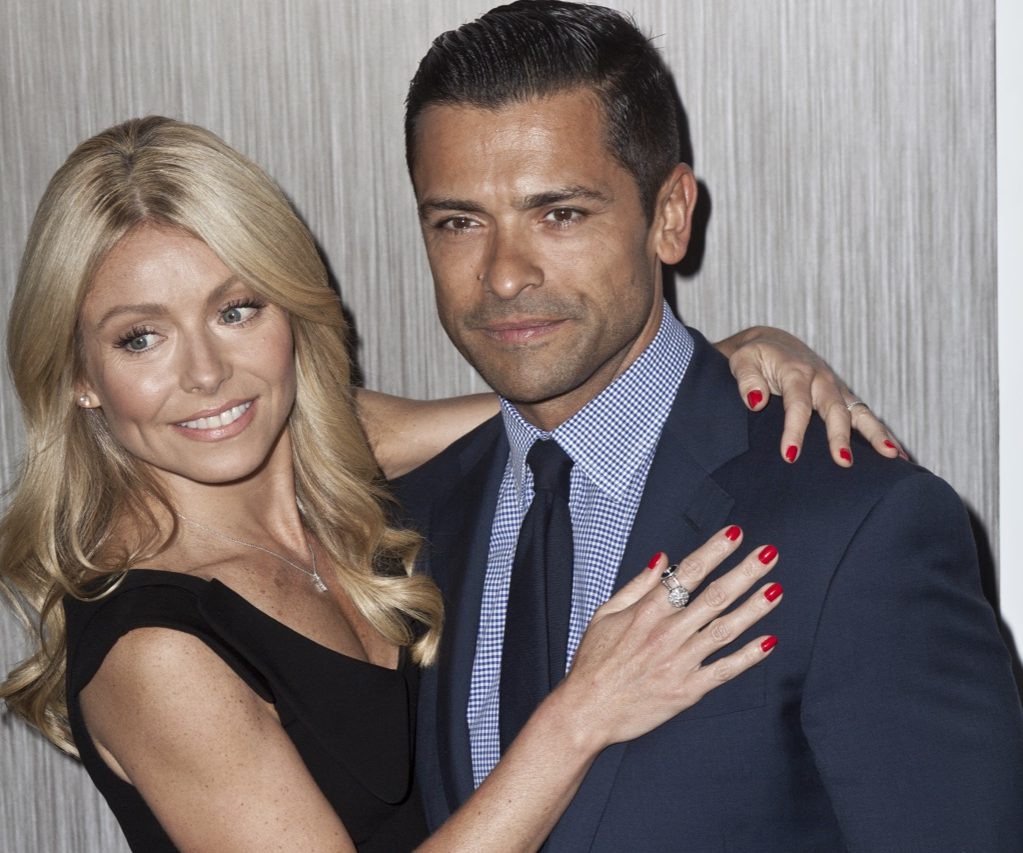 Michael isn't the only member of the Ripa-Consuelos clan who's visited the Riverdale universe. Ripa appeared as Hiram's mistress Mrs. Mulwray in a 2019 episode.

"[Riverdale creator] Roberto [Aguirre-Sacasa] called me and said, 'Hey, I've got a question to ask you. Do you think she'd want to do it?' And I said, 'You know, yeah. Give her a call!' They spoke, and they figured it out," Mark told Us Weekly of his wife's cameo. "Roberto's awesome, man. No one knows this world better than him. He just made it happen. I definitely did not ask for him to do that. I think he thought it would be so much fun."

And Ripa said she really enjoyed playing the unexpected character. "I find it endlessly amusing because I never really consider myself mistress material," she told Entertainment Weekly in 2019. "But it thrilled me to no end to play my husband's mistress. I just found it amusing and sexy, the naughtiness of it all."