Here's How to Keep Your Pets Safe From Mother Nature

Because, chances are, your furry friend can't manage without you.

On Friday morning, Hurricane Florence made landfall near Wrightsville Beach, North Carolina. As of the latest reports, 400,000 households are already without power, and over 100 people need to be rescued. Given that the category 1 hurricane has the highest wind gust measured in North Carolina since Hurricane Helene struck in 1958, experts are predicting flooding and life-threatening rain, and are urging residents to stay safe.

Of course, that means keeping your pets safe as well. Wild animals rely on instincts to flee to higher ground during extreme weather, which is why it is expected that the state's wild horses will ride out the storm safely, and why experts urge animal lovers not to interfere with their behavior during the hurricane as it is only likely to confuse them. But pets are different.

Dogs in particular have an evolutionary need to stay close to their humans regardless of the circumstances, which makes them particularly vulnerable in times like these. To avoid tragedy, make sure to follow these tips. They'll keep your pet safe in whatever Mother Nature happens to throw your way—hurricane or otherwise. And for tons of reasons why all pups are worth saving, be inspired by the 30 Most Important Dogs in American History.

1
Don't Leave Them Behind

It's worth repeating that your pet does not have the same survival instincts as a wild animal. If left behind, they are likely to get lost and confused, and there's a very good chance that they won't make it.

According to the Louisiana SPCA, 44% of people did not evacuate for Hurricane Katrina because they refused to leave their pets behind, but that still means that as many as 104,000 of them were left behind. Though getting exact numbers is virtually impossible, it is estimated that between 50,000 and 70,000 of them died.

2
Make Sure Your Pet Is Wearing a Collar

Keep a photo of your pet with you in case it's necessary for identification purposes. If you haven't already, it's worth having your pet microchipped by getting the vet to install a tiny, permanent chip beneath your pet's skin to make them easier to identify if they get lost. According to the Louisiana SPCA, of the 15,500 animals rescued during Katrina, only 15%-20% were ever reunited with their owners.

Place a carrier, lots of animal food, and a leash in a safe and easily accessible spot so you can grab them in a hurry in case you need to evacuate.

This should be obvious. If you absolutely must leave your pet behind, it should be in a secure area inside your home that's equipped with plenty of water in various bowls and containers, as well as at least 10 days worth of dry food (canned food can go bad).

Many hotels lift their no-pet policies in emergency cases, but it's worth knowing which ones are already pet-friendly in advance. Keep their veterinary records in the emergency kit mentioned earlier, as some hotels(as well as shelters) do require them.

Thanks to Facebook, it's become possible for people to quickly shares updates and warnings on social media, which can save lives. Groups like this one have information about people who are willing to foster or transport animals in times of crisis, and some people are willing to drive from as far as New York in order to help out. On Wednesday, a photo went viral on Twitter showing a long line of people waiting to pick up foster dogs for the weekend, so there are a lot of good people out there who prove that humans can really turn up in times of crisis.

7
Donate to an Animal Shelter

Over the last few days, animal shelters up and down the southeast coast have been scrambling to get pets to safety. If you're worried about whether or not you'll be able to take proper care of your pet during a storm, it's worth calling a shelter to see if they can pick up your animal companion. But if you're nowhere near the disaster zone, and you love animals, donating money is one of the ways you can help an extremely noble cause, as the expense of animal evacuation is enormous.

"Our expenses for responding to Hurricanes Harvey, Irma and Maria were around $120,000 last year," Joe Elmore, CEO of the Charleston Animal Society told Money. "Five years ago we didn't even budget for disasters." For more, visit their website for simple instruction on how to donate.

8
If You're in a Safe Zone, Consider Adopting 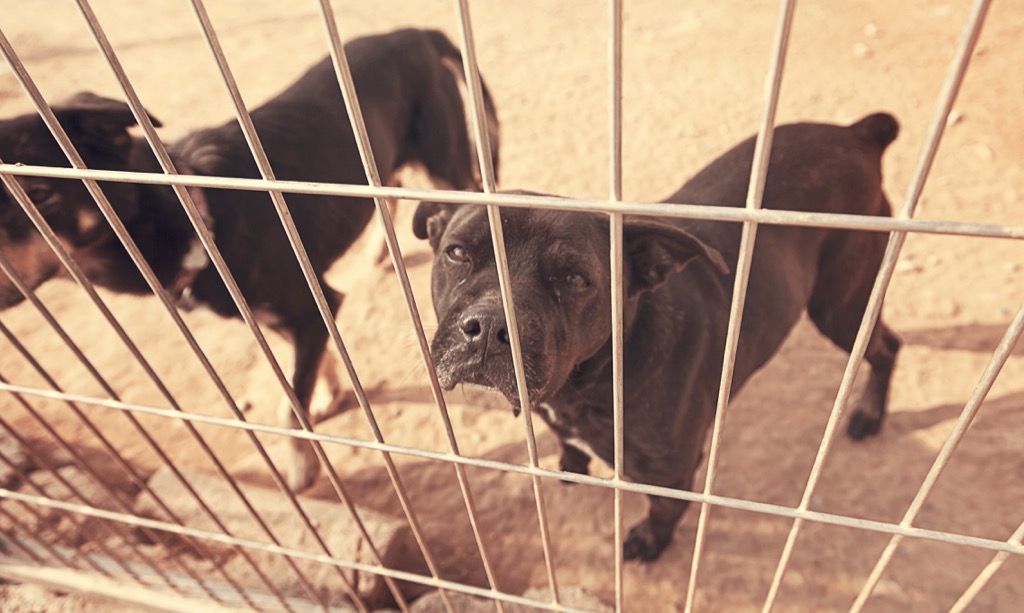 Many shelters lower or waive adoption fees in these kids of scenarios. And some are warning people that some pets will need to be put down due to overcrowding.

"A lot of people are always waiting for the right time to adopt," Julia Brunelle, social media and marketing manager for the humane society, told Mother Nature Network. "Now is the right time for the animals and when it is the most needed and when you're going to do the most good."

Diana Bruk
Diana is a senior editor who writes about sex and relationships, modern dating trends, and health and wellness. Read more
Filed Under
Animals • How-To • Pets
Read This Next
Latest News
Read This Next