“A show that removes the reason that the fans originally fell in love.”

HBO Max's adult-oriented Scooby Doo spinoff Velma show is getting ruthlessly slated by critics and fans alike—but why? According to NPR TV critic Eric Deggans, Velma is the perfect example of what happens when a TV show goes "off the rails" thanks to factors including lack of vision. "It's a little different dynamic than they had in the original cartoons. And, you know, that upset some fans who really love the franchise," he says.

The Telegraph called Velma the "Most Hated Show on TV"—but others say Mindy Kaling, the voice of Velma and executive producer on the series, is being held to impossible standards. Here's why the show has proved so controversial. 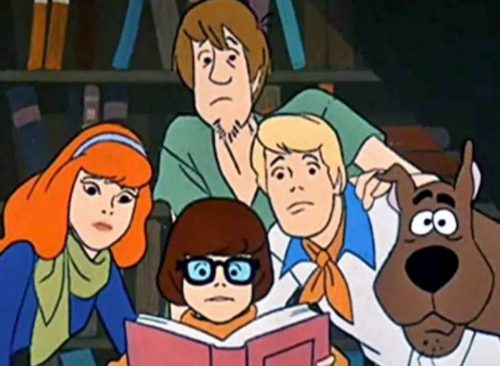 Deggans believes Velma is being panned for not showing enough respect for the source material. "Velma is an example of a TV project that can really go off the rails if there isn't a solid vision for why the show should exist in the first place. I mean, if you think about those live-action Scooby-Doo films, they were always careful about how they modernized the characters 'cause they knew that nostalgia was a big reason why people would show up for them. Now here, by changing the character so radically with no real creative benefit, you wind up with a show that removes the reason that the fans originally fell in love with the characters without giving them any new reasons to care."

Velma has been criticized for introducing adult themes that are too sexual, considering the characters are meant to be teens. "I think if you look at it more expansively, the show's trying to accomplish a lot of things at once that symbolize these big trends in modern TV shows, and it's failing at a lot of them," Deggans says.

"For example, Velma tries to modernize the characters from the Scooby-Doo universe by making them more cynical, more sexual and more self-centered. Velma herself is this odd, revengeful high school outcast who hates the cool kids and may have driven her mother to leave her family."

3
Criticism From Both Sides

"Kaling's getting criticism from two different camps," Deggans says. "Now, in modernizing Velma, they did a couple of things that many TV shows do these days. First, they changed the race of the character. They made her South Asian like Kaling. And then they also show her having a crush on a female friend, leaning into these ideas that the character has always been gay. So there are fans who object to the diversifying of classic pop culture franchises, complaining about the series being too, quote, 'woke.' But there's others who note the way that Velma has this crush on Fred. It shows a South Asian woman seeking romance and validation from a white guy."

Velma has a 50% positive rating among critics and 6% among audience members on Rotten Tomatoes. Kaling is one of very few South Asian women in the industry, and some believe she is being held to unfair standards. "She has become a lightning rod for this kind of criticism," said Lakshmi Srinivas, an associate professor of Asian American studies at the University of Massachusetts, Boston. Others point out Kaling is unreasonably expected to represent an entire culture.

"She is one [person]. We are collectively criticizing how people of color and bodies of color tend to always be representative of the collective and not the individual. But that's exactly what we're doing to her by putting the burden on her having to speak for all of us," says Harleen Singh, an associate professor of South Asian literature and women's studies at Brandeis University.

"When her characters have become so popular with the mainstream audience, I think it's understandable that the South Asian community feels somewhat outraged by this portrayal of a South Asian individual," Srinivas says.

"It's not inauthentic to the experience of South Asian kids growing up in this society. They face a lot of discrimination and a lot of bullying in school. Their names are made fun of, their food is made fun of, so they might grow up with this terrible defensiveness about that culture. They are very much the same as the characters Mindy portrays."