Elizabeth Debicki is joining the show for Seasons 5 and 6—here are her key roles so far.

The team behind The Crown, the opulent Netflix drama about Queen Elizabeth II, just made the announcement royals fans have been waiting for: the casting of the actress who'll play the People's Princess in the show's final two seasons. Elizabeth Debicki, 29, is taking on the role of Princess Diana on The Crown. In a statement, she said, "Princess Diana's spirit, her words, and her actions live in the hearts of so many," calling it "a true privilege" to take on the role.

The Crown has famously recast its roles as it jumps forward in time. Claire Foy and Olivia Colman have previously played the Queen, who will be portrayed by Imelda Staunton in Season 5 and 6. Also in these upcoming seasons, Jonathan Pryce will play Prince Philip, who was previously played by Matt Smith and Tobias Menzies. The role of Princess Margaret was passed form Vanessa Kirby to Helena Bonham Carter and now to Lesley Manville for Seasons 5 and 6. The actor who'll play the older Prince Charles, replacing Josh O'Connor, has yet to be announced.

But it's the addition of Princess Diana, particularly in regard to her rocky relationship to her in-laws, that is bound to really shake up the series. And while Debicki isn't quite a household name yet, those who've admired the Australian actress' career so far have been celebrating her Crown casting. (She was also due to star in Christopher Nolan's Tenet this summer, but it's been delayed due to the pandemic.) Not sure where you know Debicki from? We've collected some of her best roles so far to jog your memory. And for more stars who are having an eventful few months, here are The 13 Hottest Celebrity Couples of the Summer.

In 2018, Debicki starred alongside Viola Davis, Michelle Rodriguez, and Cynthia Erivo in the Steve McQueen heist drama Widows. Her character, Alice, is one of the women left to fend for themselves against a fearsome gangster when their criminal significant others die in a robbery gone wrong. Davis' character brings them all together to pull off a job of their own, giving Alice, who'd been abused by her boyfriend and later entered a transactional relationship to support herself, an opportunity to live independently. And for more movie recommendations, These Are the Top-Rated Movies on Rotten Tomatoes.ae0fcc31ae342fd3a1346ebb1f342fcb

2
Guardians of the Galaxy Vol. 2

The 2017 sequel to the Marvel comedy-action flick Guardians of the Galaxy takes advantage of Debicki's statuesque quality—the actress is 6'3". In the movie, she plays Ayesha, the high priestess of a race genetically engineered to be perfect, who is gold from head to toe. In an interview with Vulture, Debicki debunked any rumors that her look in the film was at all computer generated saying, "Completely gold. Down to my fingernails. Gold wig. Gold skin. Gold contacts, even!"

Debicki got a taste of playing American royalty in Baz Luhrmann's 2013 take on The Great Gatsby. Looking for all the world like she just stepped out of the 1920s, the actress plays Jordan Baker, the sporty best friend of Carey Mulligan's Daisy Buchanan and short-term love interest of Tobey Maguire's Nick Carraway. And for more epic adaptations, here are 23 Amazing Books That Made Even Better Movies. 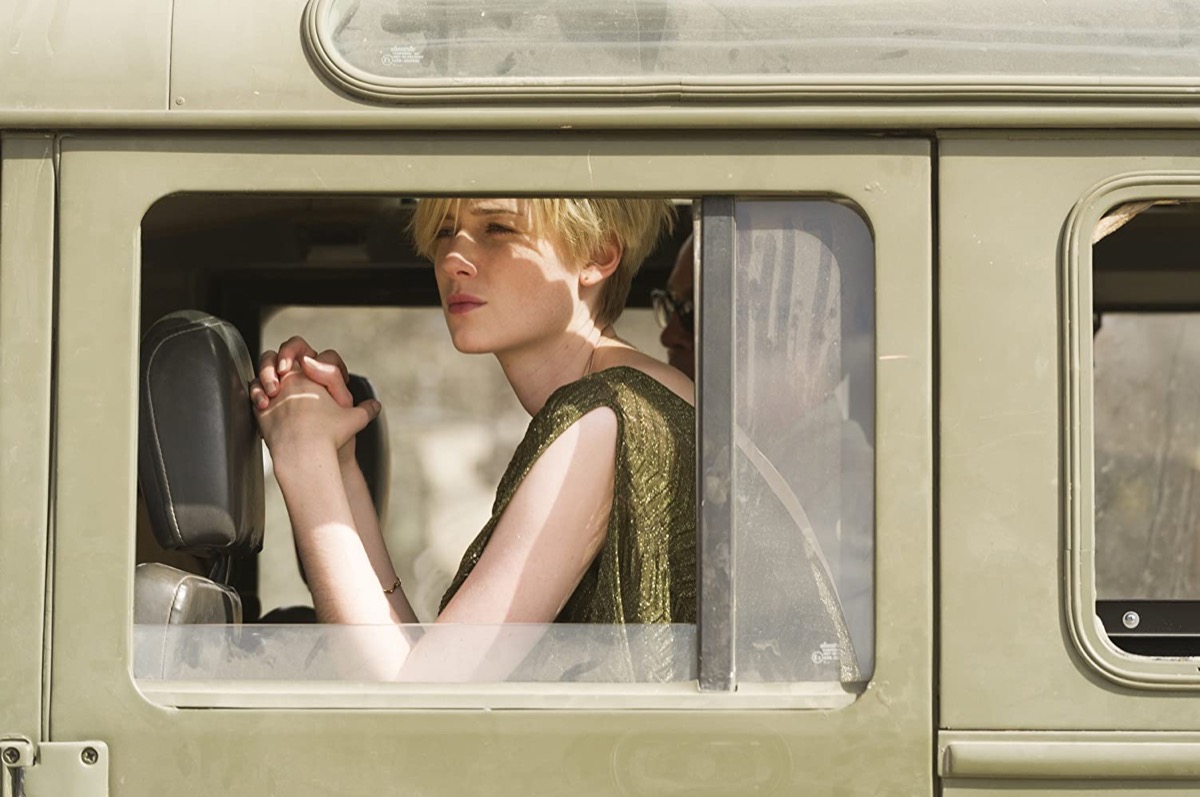 Based on the John le Carré novel, this 2016 limited series also helped put Debicki on the map. She acts opposite Tom Hiddleston and Hugh Laurie in this story about a hotel manager who goes undercover in the entourage of an arms dealer to help bring him down.

This 2015 adaptation of the '60s TV show may not have been a box office hit, but it's become something of a cult classic since its release. Debicki is diabolical as a fabulously stylish villain facing off against secret agents played by Henry Cavill and Armie Hammer, once again proving that period pieces are her strong suit. And for more Hollywood news, sign up for our daily newsletter.