This Is the Single Easiest Way to Be Happier at Work

Feeling stressed? Take it outside!

Living in the digital age has some obvious downsides, but it also has its undeniable perks—especially when it comes to shaking up your workday. Armed with just a laptop and a steady wifi connection, many creative workers are traveling the world while others are simply working from home more. Others, like this seafarer, have set up a permanent office on a variety of cruise ships all year round. And the trend toward getting out of the office has most recently culminated in Be an Outsider at Work—a collaboration between L.L. Bean and co-working company Industrious that has set up a work space in New York's Madison Square Park to enable employees to work and hold meetings al fresco.

But no matter where you are, one thing is clear: You need to get outside way more often—whether it's with your laptop, your phone for a conversation, or you're simply strolling to clear your head. Why? Read on, because here we explain all of the benefits of working in the sunshine. And for more happiness tips, don't miss this story about how I Took Yale's Happiness Course So You Didn't Have To.

1
It's Great for Your Health

According to the EPA, Americans spend an average of 90 percent of their time indoors, which is terrible, not least of all because the air pollution in buildings is typically two to five times higher than it is outside. Human beings also simply weren't designed to live in boxes, which is probably why studies have shown that spending time outside reduces stress, lowers your blood pressure, and boosts your immune system. One study even found that something as simple as having an office with a view of nature reduces stress and increases job satisfaction.

2
It Helps You Focus

Research has found that being outside actually makes you better at performing at memory tests and makes you more attentive. A 2008 study even found that just looking at photos of nature, as opposed to cityscapes, can dramatically improve our attention span.

3
It Helps You Lose Weight 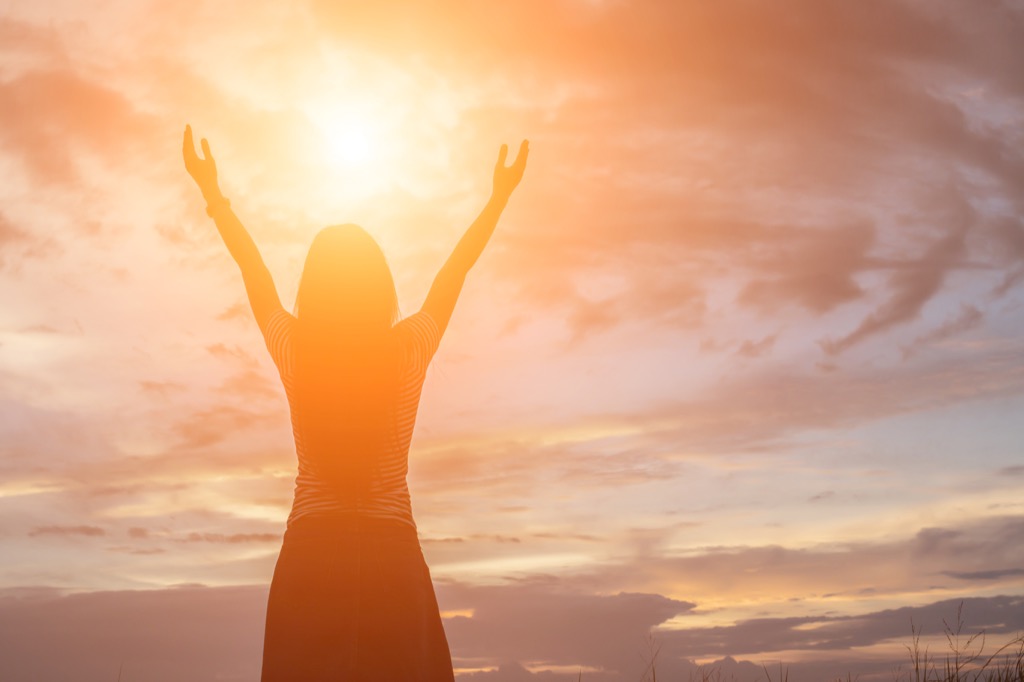 A groundbreaking new study by the the University of Alberta Faculty of Medicine & Dentistry recently found that sunlight actually shrinks fat cells, which means sunlight is the secret weight-loss weapon you never new you needed.

4
You Get Vitamin D 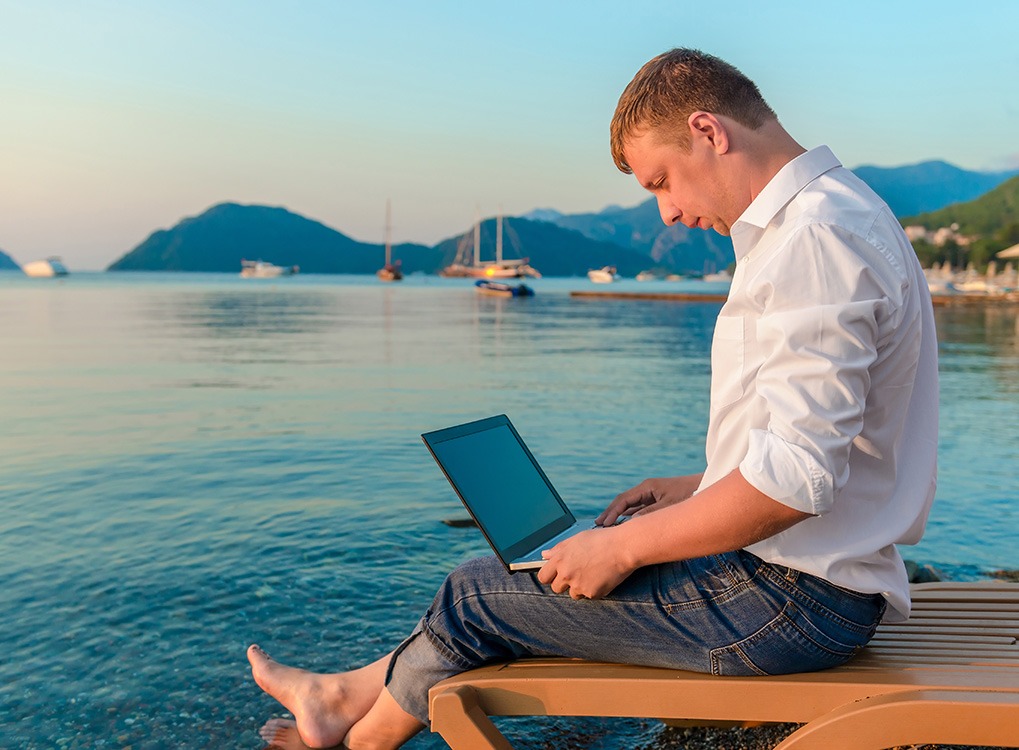 Vitamin D is one of the most common nutrient deficiencies in the world, and an estimated 42 percent of Americans don't get enough of it. That's a bummer, because vitamin D has tons of benefits, including maintaining a healthy bone mass, boosting immunity, regulating insulin levels, supporting lung function and cardiovascular health, and helping reduce the risk of cancer. A recent study even found that girls with higher levels of vitamin D are significantly physically stronger than those with low levels of this crucial nutrient. If you aren't a big fan of supplements, and don't eat mushrooms, oily fish, fish liver oil, and egg yolk on a regular basis, your best bet for getting the recommended amount of vitamin D is to spend at least 30 minutes out in the sun between 10 am and 3 pm.

5
You Can Bring Your Dog 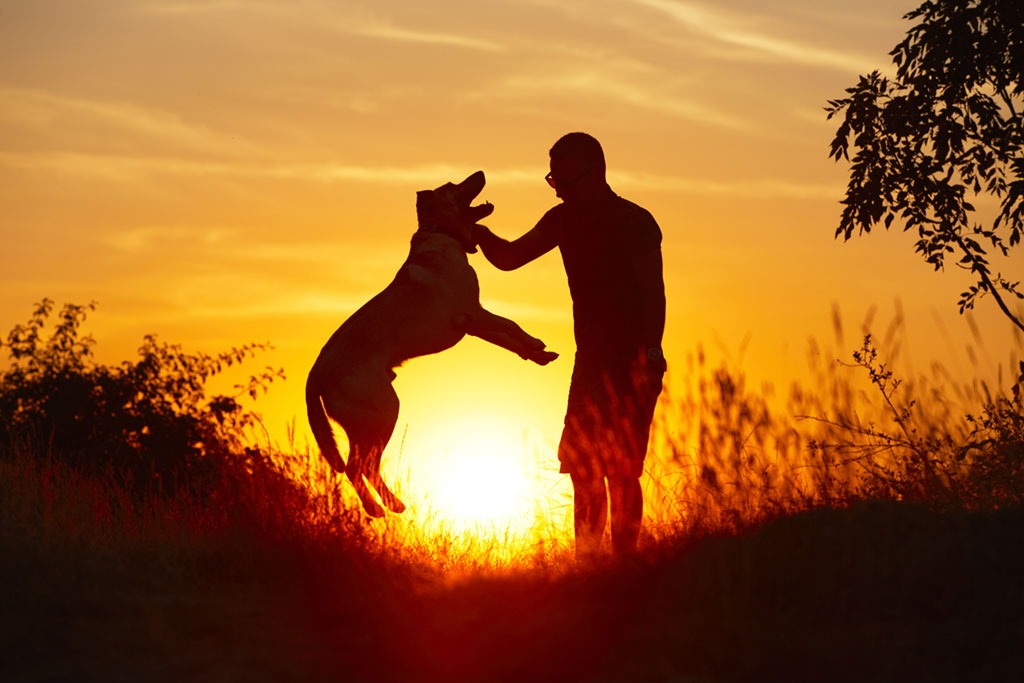 Taking your dog to work with you has been found to lower cholesterol, maintain low blood pressure, reduce your stress levels, and help you work longer hours. Plus, you save money on a dog-walker. Not all companies are pet-friendly, but most outdoor spaces are, which means you can make you and your pooch super happy. If you are looking to to transition to a dog-friendly space, check out the 30 Most Pet-Friendly Companies in the U.S.

6
It Makes You More Creative

Previous studies have shown that being outside makes you more creative, especially when paired with walking. And an increasing body of research indicates that walking outside is the key to a long life. Plus, with all of the magical natural wonders that this country has to offer, who wouldn't be inspired?

7
It Makes You Nicer 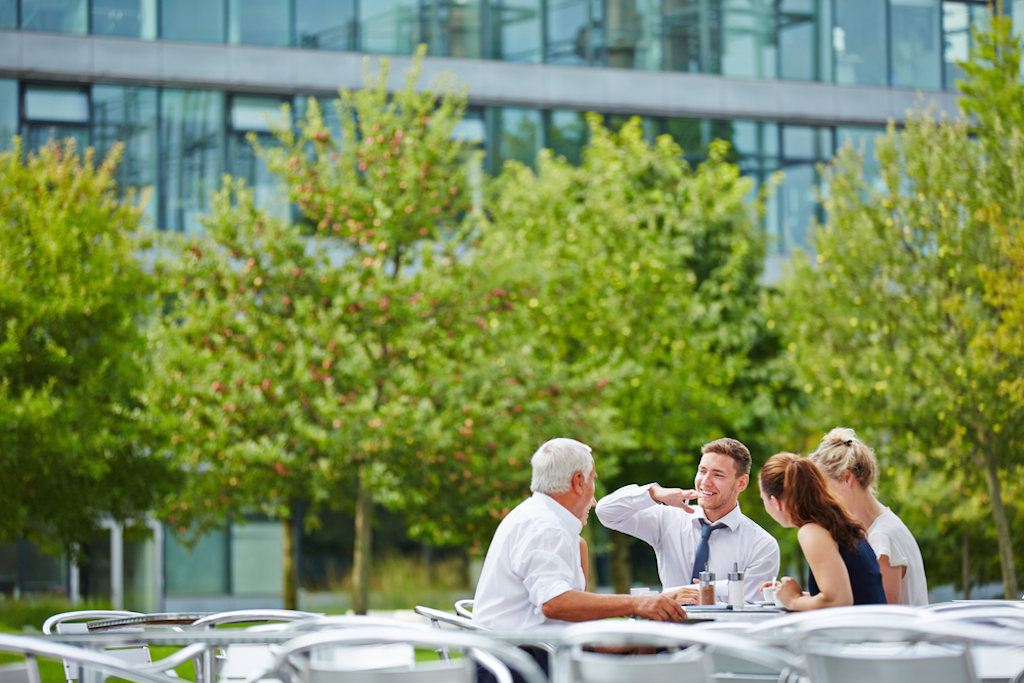 Ever dealt with a difficult co-worker or employee? Take it outside (literally)! Studies have shown that exposure to nature makes people more social, agreeable, empathetic, and trustworthy, which are all qualities you want in your employees.

8
It Makes You Happier 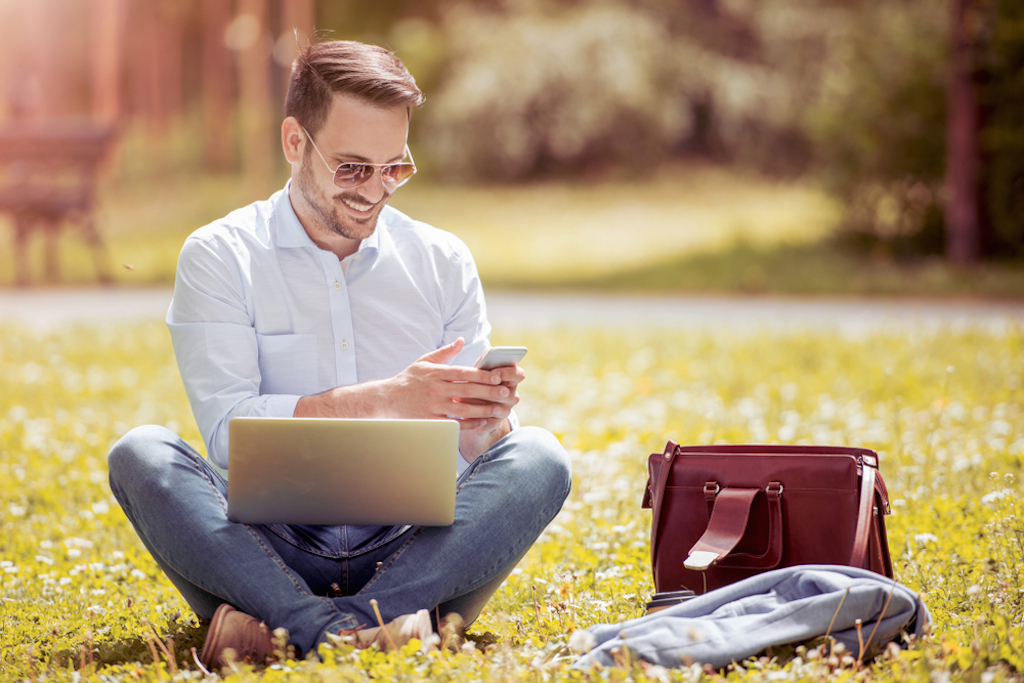 Here's the bottom line: there's tons of research to indicate that spending time in parks alleviates anxiety and depression and enhances your levels of happiness and life satisfaction. One 2015 study even found that spending time in a park reduces the blood flow to the subgenual prefrontal cortex, a part of the brain associated with negative thought patterns. The same study noted that more than 50% of people now live in urban areas, and the number is expected to rise to 70% by 2050. "Urbanization has many benefits, but it also is associated with increased levels of mental illness, including depression," the study noted. In which case, working outside may just be the revolutionary concept our world needs.

Diana Bruk
Diana is a senior editor who writes about sex and relationships, modern dating trends, and health and wellness. Read more
Filed Under
Career • Mental Health • Office Life
Read This Next
Latest News
Read This Next