No, no one wants to see your sex toys.

If you're in the position to hire someone else to clean for you, consider yourself lucky. Outsourcing some of your less-enjoyable domestic duties can save you both time and frustration, leaving you the kind of House Beautiful-worthy home you've always wanted with little elbow grease on your part.

However, inviting someone into your home to help with the housework can present its own challenges. As they're making your home shine, housekeepers are also getting to know more about you than you think. From having to learn your precise method for cleaning granite counters to discovering some of your weirder habits and tendencies, these housekeeper secrets reveal that you can discover a whole lot about a person during the course of a day. Luckily, even if your home is less-than-spotless, you'll still be sitting pretty when you incorporate these 30 Best Stylish Home Upgrades into your decorating scheme!

1
They Do See Your (Very) Personal Stuff

If you're trying to keep things professional, or at least normal, with your housekeeper, try to remember where you've left those adult toys. Sheena Jones, owner of Royal Cleaning Services in Poughkeepsie, NY, says that a routine cleaning of a freezer yielded a discovery of sex toys and lubricant that had been left to chill. Remember: Just because sex toys are part of your life doesn't mean they have to be on display. (And if your home is indeed sex-toy free, here are 30 ways you can change that immediately.)

2
Your House Probably Isn't the Messiest One They've Seen 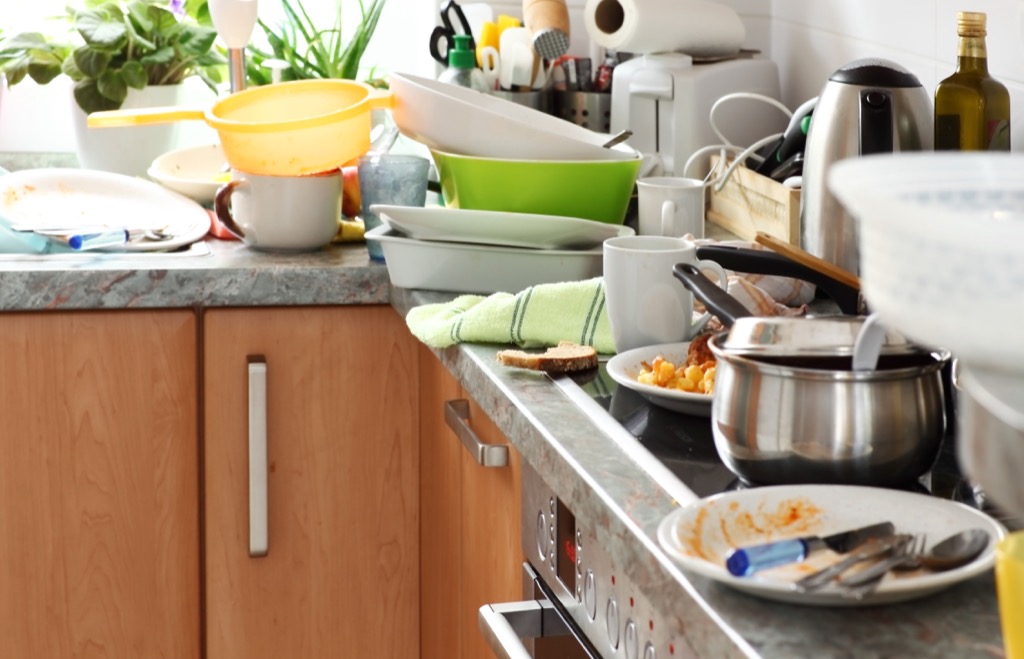 Housekeepers have seen it all, so you don't have to be embarrassed if your floors haven't seen a mop in months. "As a cleaning supervisor, I've seen all kinds of messy situations throughout the years—from filthy towels to feces on the floor. The one thing that people should know is that housekeepers have their limits and if you wouldn't touch something, they won't either," says Lauren Haynes, a cleaning supervisor at Star Domestic Cleaners. "If the situation happens to be unusual, you might need to discuss it with the housekeeper first."

3
You Should Straighten Up Slightly Before They Arrive

While you don't have to do a deep-clean before your housekeeper comes over, straightening up is always appreciated. Jones recommends that clients put away "all toys and anything they don't want seen, touched, or cleaned by the cleaner." If you want a neater home, start by decluttering with these 20 Multitasking Beauty Products!

4
They Learn a Lot About Your Personal Life 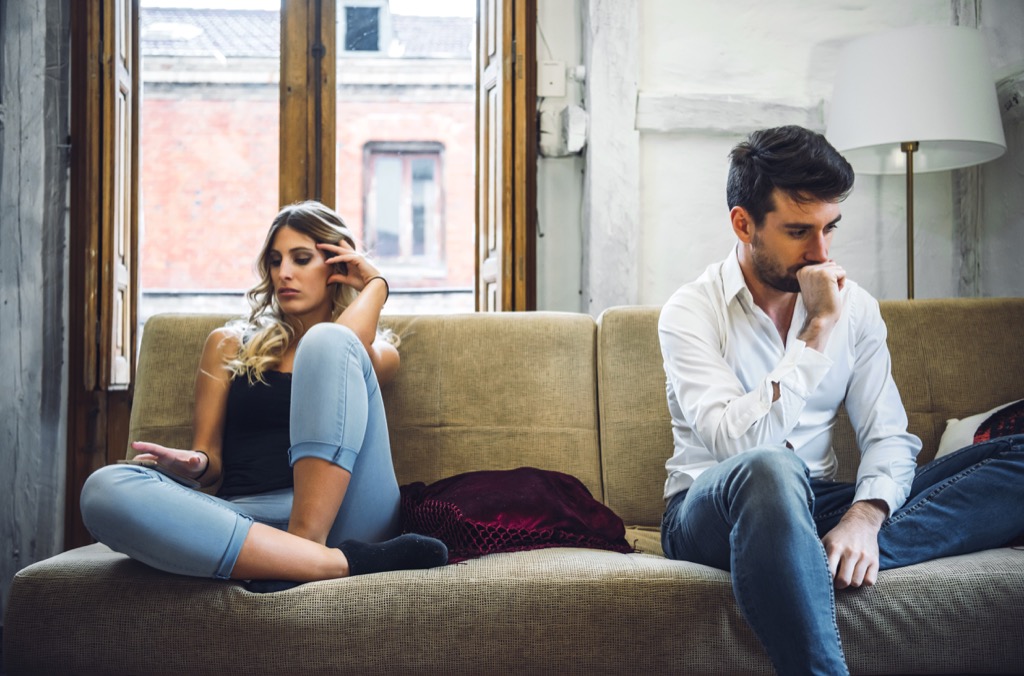 Your home says more about you than you think, even if consider yourself pretty adept at keeping your private life private. "We always know the following: how much sex you are having with your husband/wife, how the marriage is going (where clothes end up, if the guest bed is always being used, where your toothbrush is, etc.), whether you are an absent parent, and your financial situation," says one housekeeper. Before your housekeeper discovers your divorce papers, make sure you're not guilty of the 40 Worst Mistakes Married People Make!

5
Clients Can Get Very Picky About Their Methods

Don't assume you're asking too much by requesting that your cleaner use a particular brand of detergent. Jones says that some clients will take her on a step-by-step guide of their cleaning process before she even starts work. "I literally had someone specifically show me how to clean their whole house and still pay me." 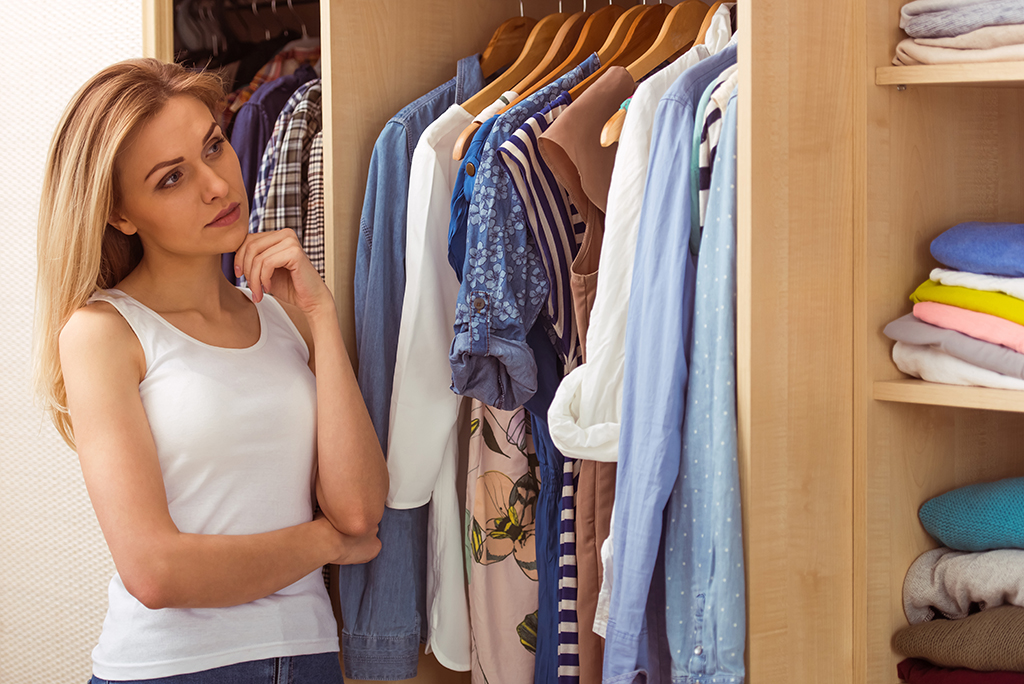 Your housekeeper may see a lot about your life while cleaning your house, but, in general, they're just trying to do their jobs. Most housekeepers aren't actually intent on snooping on their clients. "I just wanted to reassure anyone who thinks their housekeepers regularly snoop on them. While I'm sure this may be true in some cases, most of them are good, hardworking people who wouldn't even think of doing such a thing. You spend enough time sorting peoples clutter and you're bound to find out something about them. Your eye will catch on a word or phrase while stacking papers. Vibrators get left in the shower. Things happen. It is, in no way them being malicious," says one housekeeper.

7
Your Pets Aren't Part of the Deal 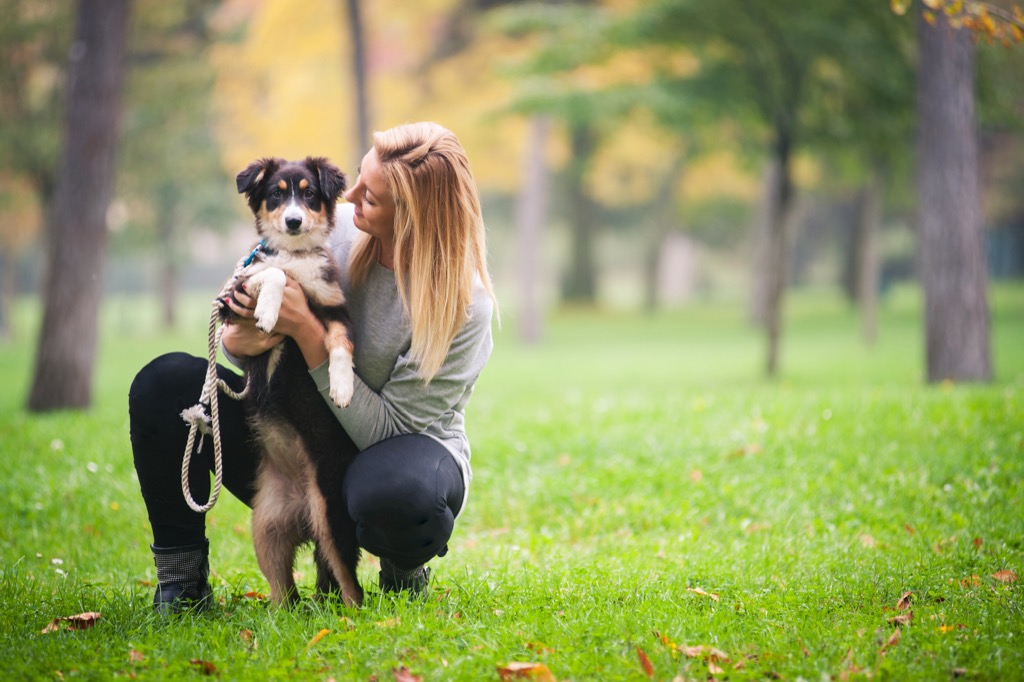 Fido may be cute, but he's not your housekeeper's responsibility. Jones says that she's routinely been asked to take care of clients' pets when she was initially hired just to clean. If you want someone to walk your dog, hire a dog walker. 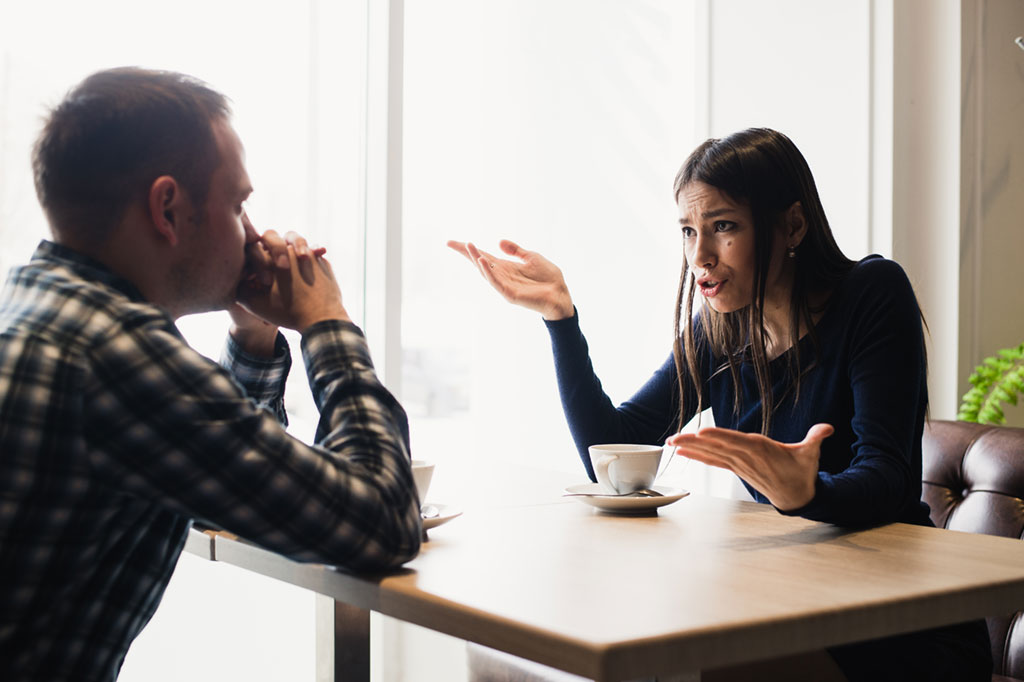 Having a housekeeper in your home can be an intimate experience, but that doesn't mean you should treat them as a confidante. A housekeeper is many things, but therapist doesn't number among them. "I am always amazed at how much sensitive crap clients pass to housekeepers," says one housekeeper. "Much of it is unnecessary, but I think a lot of people have no other outlet. It's hard on the housekeepers because they feel a lot closer to the clients—so when the client quits the service the housekeeper takes it hard."

9
Having Your Home Cleaned Less Frequently Won't Save You Money

While some people assume that skipping their monthly cleaning will keep more cash in their bank account, the opposite is often true. As more time passes, more dust, pet hair, and general grime accumulate throughout your home, meaning a more thorough cleaning is required, often tripling or quadrupling your bill. "Don't wait too long between regular cleanings thinking it will save money," says Jones.

10
You're Probably Not Their Strangest Client 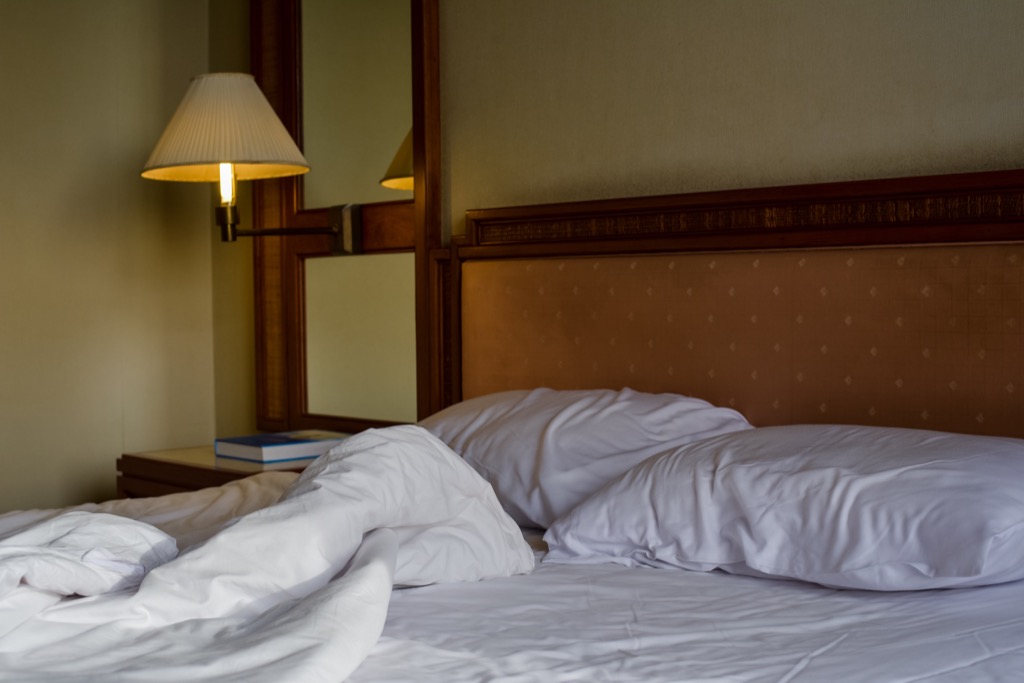 Hotel housekeepers have seen some wild things, but it's more than just the usual stained sheets and overflowing garbage cans that they have to deal with. "I was once cleaning a room which had been left disgusting (standard food everywhere, condoms under the bed, the usual), but what made this place stand out is I went into the bathroom and they had painted the toilet seat pink. Instead of going to the pool or the beach or the local town or driving around the countryside, they had decided to stay in and paint the toilet seat pink," reveals one hotel housekeeper.

11
They Think Some of Your Natural Cleaning Products Are Junk

Just because you paid an arm and a leg for some tea-tree-oil-infused cleanser at your local health food store doesn't mean it works. While Jones says that she will use natural products if a client asks, she's not always so certain about their efficacy. "I feel the all-natural products don't clean tough messes as well," she says.

Hiring someone to scrub your toilet doesn't mean they're your servant. If you hire a housekeeper, don't start tacking on requests when they're already at your house. "There are some people who feel that since they hired you for a few hours to clean, you have to do all tasks asked of you for the allotted time," says Jones.

13
They Do Their Best to Be Discreet Just because your housekeeper hasn't mentioned that embarrassing thing on your nightstand doesn't mean they haven't seen it. Housekeepers are professionals, and generally ones eager to keep their jobs, so don't worry about having to enter into an awkward confrontation. "A big pile of past due bills, adult toys, evidence of someone being unfaithful—no matter how big or dirty those secrets are, a professional housekeeper will never discuss that with the client. First, that's ethics, and secondly, she is only paid for keeping the house clean and organized. No personal matters should be involved," says Haynes.

14
They Really Want You Out of the Way

You don't necessarily have to leave the house while someone's cleaning it. However, you should make yourself scarce. Jones says that she's had clients stand in the same room as her, staring as she cleans, and that it doesn't exactly help her focus on her work.

15
Cleaning is More Than Just Busywork to Them

You may think that cleaning is just a stepping stone for your housekeeper, but many housekeepers take a lot of pride in their work. Jones says she could see herself in the industry for another decade, and that she genuinely loves her work.

16
You Don't Have to Be Embarrassed About Hiring Help

Whether it's illness or a busy schedule making your house messy, you don't need to feel embarrassed for hiring a housekeeper. "Some people are ashamed that they don't have time or energy to clean their home and have to hire outside help," says Jones. And if you want to know your housekeeper's secrets for getting your tub sparkling clean, don't be shy. "If you need tips just ask!" says Jones. "We don't generally volunteer information."

17
The Internet is Making the Job Easier Than Ever

The digital age has revolutionized the cleaning business. Instead of working for agencies, independent cleaners are finding jobs online and making more money than ever. "Sites like Amazon, Taskrabbit, Thumbtack, and HomeAdvisor increase the amount of jobs for me weekly," says Jones.

18
They Are Used to Seeing Weird Stuff

Your bedroom full of antique baby dolls is definitely not the weirdest thing your housekeeper has seen on the job. Not only do multiple housekeepers recount seeing clients in various states of undress, Jones says she once found a very strange collection in client's home: "I once found a storage box of various shaved pubic hair!" 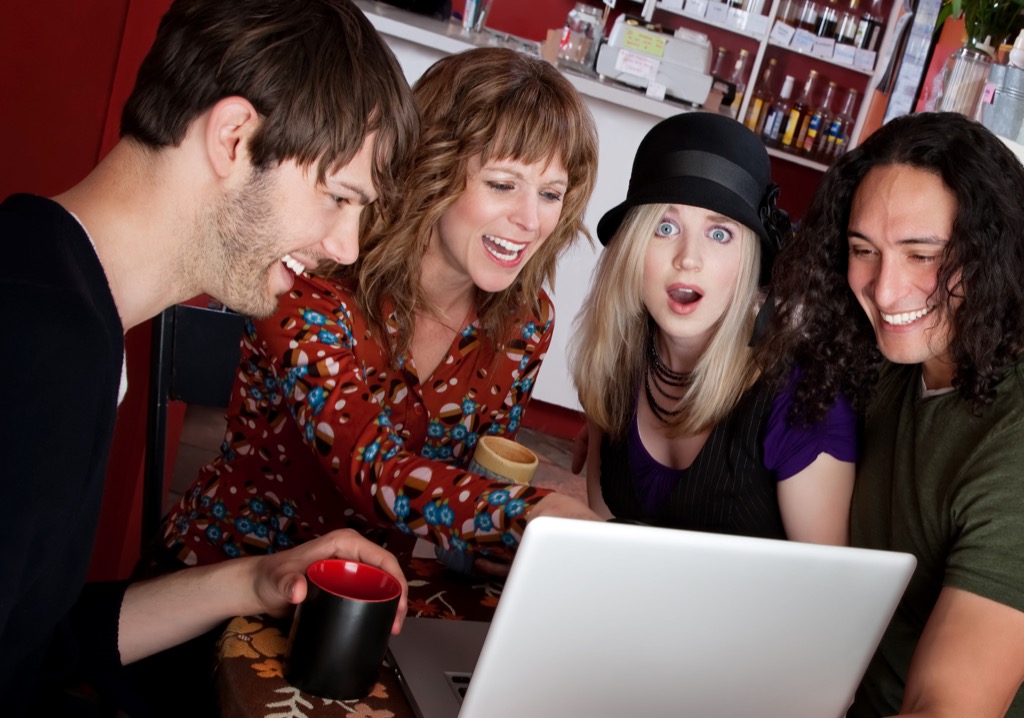 Sexual harassment is, unfortunately, still a major part of this largely female-dominated industry. Your reference to French maid outfits won't be the first ones your housekeeper has heard. Jones admits that some of her clients have made "sexy maid" references in her presence. Pro tip: don't.

20
You Should Definitely Tip

Your housekeeper is doing hard work for you, so tip. This means more than just a couple bucks from time to time. Any time you want your housekeeper to do more than just a standard cleaning, leave a decent tip. "It is customary [to tip] when I do extra tasks or if the house is excessively dirty and/or has pet hair," says Jones. If you have a regular housekeeper and have the funds, a little extra cash or some home-baked cookies during the holidays won't go unappreciated, either. Want to learn to clean like a pro? Discover How "Swedish Death Cleaning" Banishes Clutter Forever!

Sarah Crow
Sarah Crow is a senior editor at Eat This, Not That!, where she focuses on celebrity news and health coverage. Read more
Filed Under
Career • Home • Hotels
Read This Next
Latest News
Read This Next