The 17 Cutest Animals Discovered in 2018

You'd think, by now, we'd have discovered everything on the planet we've inhabited for, oh, 10,000 years or so. You'd be wrong. To this day, we're still uncovering new finds on the regular—and nowhere is that more apparent than in the animal kingdom. For proof, just meet these 25 adorable, fascinating, utterly enchanting creatures, all of whom were discovered in just this calendar year. It's hard evidence that our planet is still home to myriad secrets—and (bonus!) that Mother Nature indeed has a soft side. And for a further glimpse into the rarities of the animal kingdom, check out The 30 Rarest Animals on the Planet.

This rather adorable species of amphipod was discovered in the Antarctic Ocean, and was actually named for Victor Hugo's character, Quasimodo the hunchback. The Epimeria Quasimodo is just one of 26 other amphipods living in the deep ocean. And for more examples of the smallest animals on Earth, check out these 23 Smallest Animals on the Planet.

A study published in the journal PLoS ONE highlighted the discovery of a unique species of frog, which lives primarily in the coastal plains from Connecticut to northern North Carolina. More than any other species of frog in North America, the Atlantic Coast leopard frog's colors make it incredibly easy for them to blend in with their surroundings.

Located in the Sumatran mountains, this new species of orangutan is now the rarest, with only 800 estimated to be living in the region. According to researchers, this species has been tormented by the local people, with several found containing air rifle pellets inside of their bodies. The most incredible aspect of this find, however, is that this species is actually believed to be the oldest of all orangutans—meaning that they've lived in the mountains for thousands of years. And for more ancient animals, check out these 30 Oldest Animals on Earth.

While the Wondiwoi tree kangaroo was thought to be extinct, the first-ever photographic evidence of its existence was taken in July of 2018 by British naturalist Michael Smith. The animal was discovered in a largely unexplored area of the Wondiwoi ranges of New Guinea. To this day, there are thought to be approximately only 50 living Wondiwoi tree kangaroos, due to their limited habitat.

Discovered by an amateur wildlife photographer outside of Pittsburgh, Pennsylvania, this three-species hybrid bird (the offspring of a hybrid warbler mother and a chestnut-sided warbler father from a different genus) seems to be the only one of its kind—at least for now. To correctly identify the bird's father, the photographer intently listened to the bird's song, which would ultimately indicate its species—and, just as its father likely had, the bird began singing the song of the chestnut-sided warbler.

According to experts, this strange hybrid is perhaps the result of slim mate pickings during the previous season, causing birds of a different feather (or genus, rather) to mate with one another. And for more about the strange habits of your favorite animals, check out The 20 Weirdest Habits Animals Use to Keep Warm in Winter. 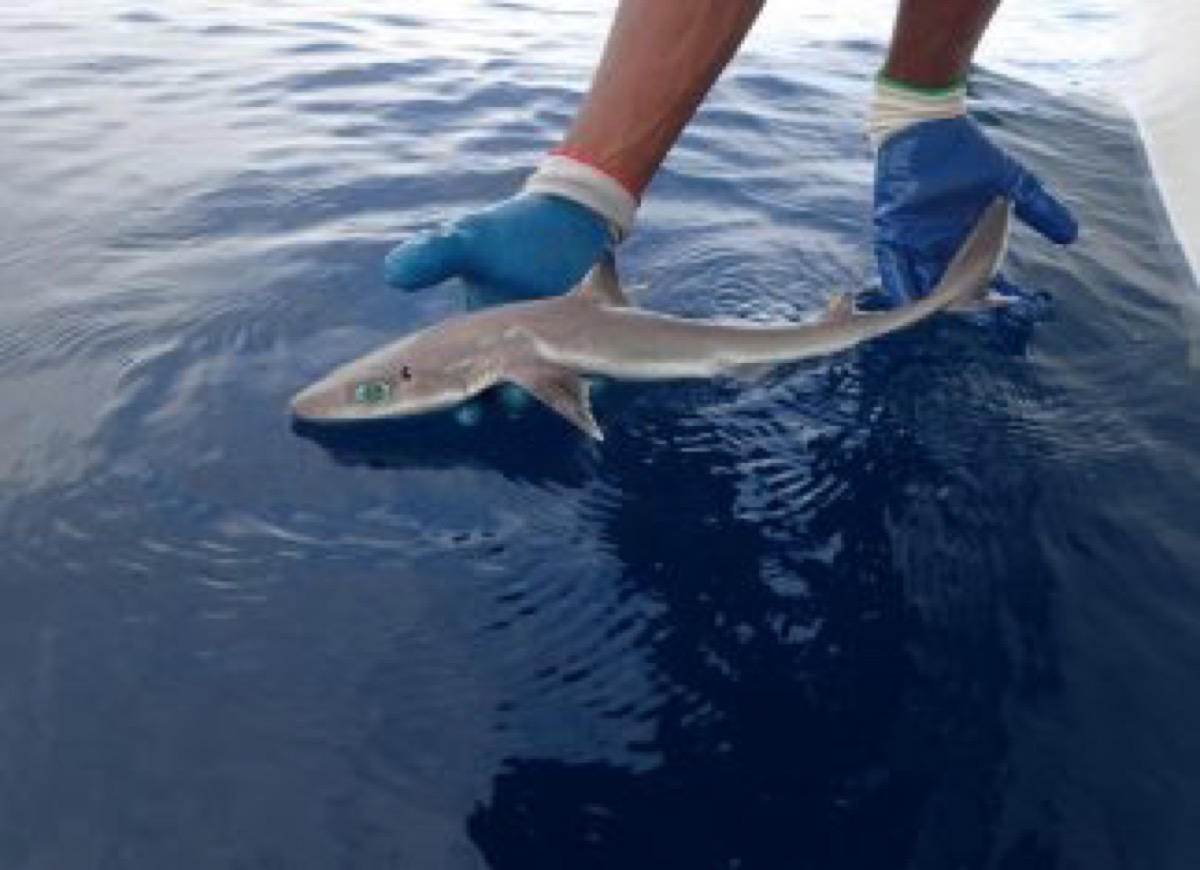 Just this past summer, a Florida Institute of Technology researcher discovered a species of shark in which they named after famed shark research pioneer Eugenie Clark, who died in 2015. Unfortunately, since this rather cute take on the typical shark was discovered in the deepest trenches of the sea, not much is yet known about how many exist or what their diets make look like. And for some actual horrors from the sea, meet the 20 Sea Creatures More Dangerous Than Sharks. 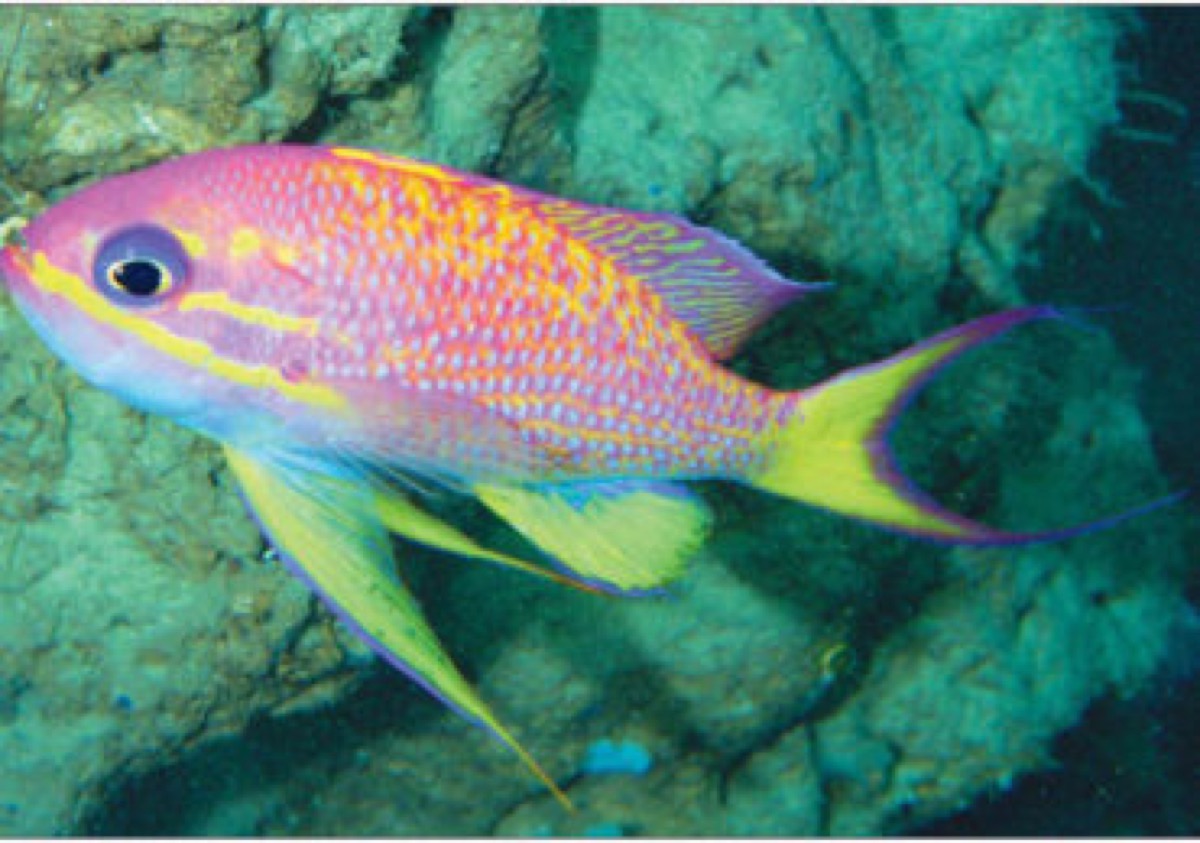 As it turns out, the Greek goddess of love lives on in this colorful new fish species, found hundreds of feet underwater in the Atlantic Ocean. Discovered by researchers from the California Academy of Sciences, this species is thought to only habitat the isolated archipelago approximately 580 miles off the coast of Brazil. As the researchers were quick to point out, this species of fish is one of the most colorful and beautiful finds in quite a while—and they are sure that it won't be the last discovery of interesting life teeming hundreds of feet below the ocean's surface.

Described as a "messy" ancient bird, the Jinguofortis perplexus was discovered paleontologists in China in September of 2018. This 127-million-year-old species seems to bear characteristics of both dinosaurs and birds, with the fused shoulder girdle and tiny teeth, rather than claws, that are typical of flightless dinosaurs. If anything, researchers argue that this bird brings about an important truth about evolution–that it can sometimes be a messy transition for animals, as it is likely that this bird wasn't well-suited for its environment.

Earlier this year, a brand new subspecies of bamboo bat was found in the Andaman archipelago, between India and Myanmar. This new subspecies, called the Tylonycteris malayana eremtaga, was the result of the first large-scale exploration of this archipelago by the Department of Zoology of the Osmania University. Bamboo bats are named after unique fondness for roosting by day in the hollows of large bamboo shoots. This latest subspecies stands apart from the rest due to their slightly smaller and broader skulls, as well as their lighter grey color.

Eerily resembling a dog in the most adorable way possible, the Waorani dog-faced bat was discovered in a remote part of Ecuador. Named after their uncanny resemblance to man's best friend, this species of bat joins seven others in the dog-faced bat genus.

Though it was discovered in 2016, this rare bird wasn't considered recognized as a new species until 2018. Named after its habitat located in the Vogelkop Peninsula in New Guinea, this colorful bird is actually somewhat well-known already, due to the appearance of a male Vogelkop Superb Bird-of-Paradise's mating ritual on  David Attenborough's Planet Earth series. More than any other distinguishing feature that the bird possesses, it's the electric blue feathers resembling a smile and a pair of blue eyes that truly makes the Vogelkop Superb Bird-of-Paradise stand apart in the animal kingdom. 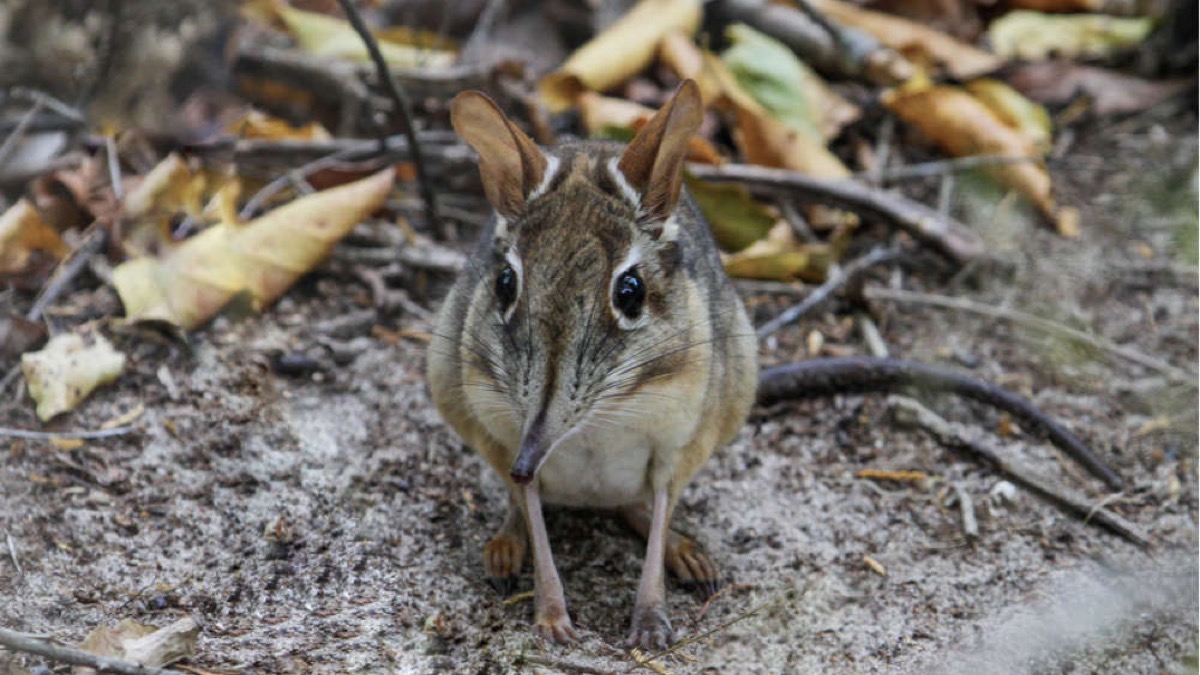 It's no wonder that the newly discovered Rhynchocyon stuhlmanni would be so adorable, considering the fact that, in general, elephant shrews are one of the more "aww"-worthy species in the animal kingdom. And, similar to the Vogelkop Superb Bird-of-Paradise, this species was already thought to be in existence—though researchers waited until 2018 to elevate them to their own species.

According to the researchers out of the California Academy of Sciences who ultimately made this conclusion, the Rhynchocyon stuhlmanni tend to hang around in the forests and savannah of Africa, proving that they can withstand multiple types of ecosystems and climates. However, despite their new promotion to species, not much is known about the Rhynchocyon stuhlmanni.

Thought to be around the size and stature of a present-day Siberian husky, the newly discovered prehistoric species of marsupial lion, the Wakaleo schouteni, is thought to have roamed around the rainforests of Australia about 18 to 26 million years ago. Researchers out of the University of New South Wales estimated that this 50-pound marsupial likely climbed trees and scoured for vegetation, rather than meat, proving that even the toughest cats could live in peace with their surroundings.

Earlier this year, the American Kennel Club officially recognized the Nederlandse Kooikerhondje as an official dog breed, bringing the total number of recognized dog breeds to a whopping 192. Originally used as duck hunters in the 16th-century, these energetic and friendly dogs are easily trained and incredibly loyal to their owners. And for more adorable pups, meet The 30 Cutest Hybrid Dogs in the World.

In an effort led by the Chinese Academy of Sciences postdoctoral fellow Zhen Liu, macaques monkeys were successfully cloned for the first time this year, using the same technology that led to the creation of the famous clone Dolly the sheep. Zhong Zhong and Hua Hua continue to live healthy lives under the care of the researchers, who point out that this effort brings the world one step closer to cloning humans. 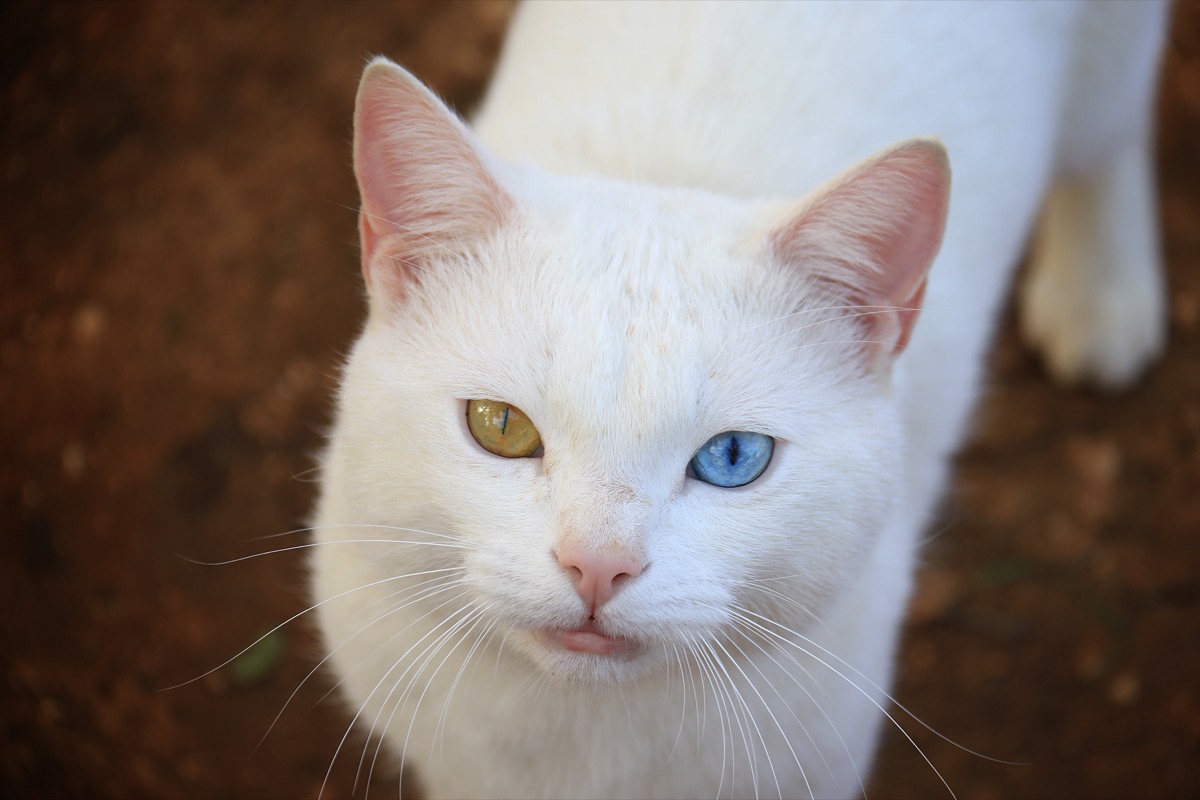 Though the Khao Manee cat breed has been in existence for thousands of years, it was not officially considered a legitimate breed until the beginning of 2018, by the Cat Fanciers' Association. Considered a national treasure in Thailand where it originates, the Khao Manee cat is white with eyes that are often opposing colors of blue, green, or gold. They are so beloved in Thailand that to own one is thought to bring about a life of good luck. And for more facts about your own friendly feline, check out these 25 Hidden Ways Your Cat Shows Affection.

Ashley Moor
Ashley hails from Dayton, Ohio, and has more than six years of experience in print and digital media. Read more
Filed Under
Animals • Pets • Science
Read This Next
Latest News
Read This Next