This Beloved Summer Food Is Disappearing From Stores and Restaurants

The national shortage is also taking a major toll on buffet lines across the U.S.

Summer dinners usually bring back memories of eating outdoors on a warm night with the perfect spread of food options. But don't get your hopes up about having everything on the menu this year. A major shortage has caused two popular seafood items to begin disappearing from stores and restaurants nationwide. Read on to see what's not coming to dinner, and for more serious shortages, check out These 4 Beloved Foods Are Disappearing From Grocery Shelves, Experts Warn.

Snow crab legs are in short supply from coast to coast right now. 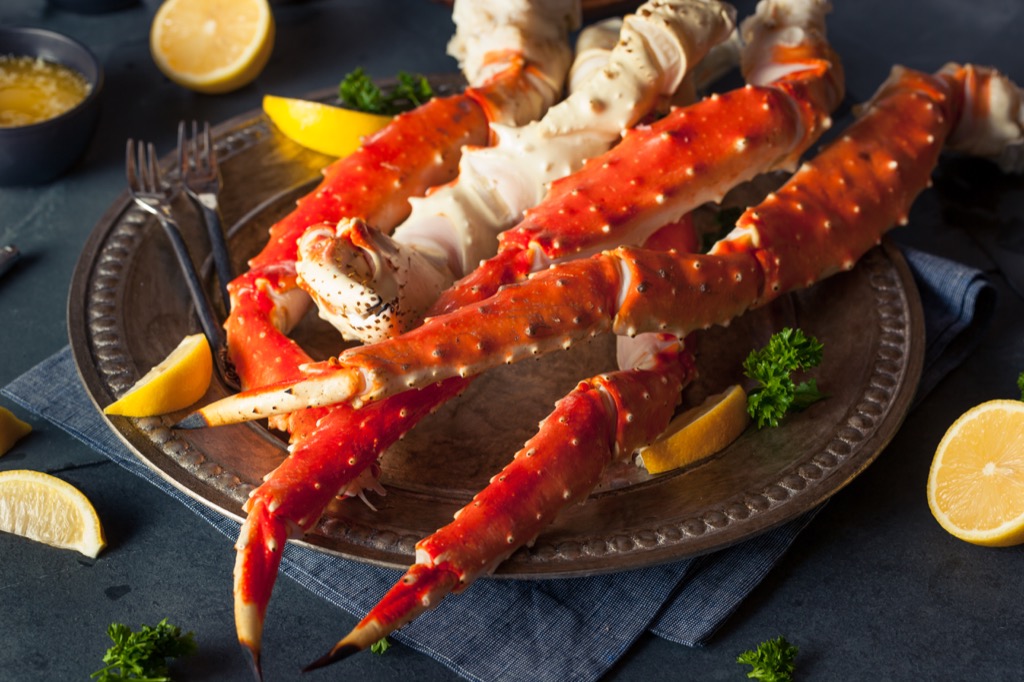 While they may be a staple at seafood boils and along buffet lines, snow crab legs have become the latest food item that's become hard to come by recently. According to a report from major restaurant supplier Gordon Food Service, the popular delicacy has maintained its status as a sought-after dish even through the pandemic.

"Snow crab demand has been surprisingly strong in the past year, despite the lack of demand from casinos, cruise lines, and other buffet restaurants, who have mostly been shuttered," the report reads. "As of right now, there is not enough snow crab being produced to satisfy the current robust demand."

And for another product you can't find at the moment, check out There's a Major Shortage of This Popular Drink Across the U.S.

While the pandemic may not have dampened peoples' appetites for snow crab, it certainly affected its production. Shutdowns of processing plants and some fisheries due to COVID-19 have kneecapped supply lines, while reopenings of restaurants and the return of beach season have quickly increased demand, Myrtle Beach Online of South Carolina reports.

Some restaurant operators have felt the pinch on their bottom line for awhile, however. "They've more than tripled in price over the last five years," Chris Conklin, owner of the Seven Seas Seafood market in Murrells Inlet, South Carolina, told Myrtle Beach Online. He predicts the shortage will last for a few more weeks, saying that "a lot of big purveyors who I usually get them from are out." And for more on how other restaurants are struggling, check out This Beloved Local Burger Chain Just Filed for Bankruptcy.

Fresh lobster is also in short supply for some areas.

Crab isn't the only crustacean people have been clamoring over: fresh lobster has also become scarce in recent days, Central Maine reports. The shortage has forced some local restaurants to drop popular items such as lobster rolls from their menus as suppliers run dry.

According to Ben Martens, executive director of the Maine Coast Fishermen's Association, a spate of recent bad weather has kept lobstermen from being able to do their job. "We don't often have as bad a stretch of weather as we have had recently, but this is not outside the bounds of normal," he told Central Maine. "It's windy and gusty out on the water and if people aren't catching many lobsters in the first place, it's hard to justify the risk with the reward." And for more news you need to know sent right to your inbox, sign up for our daily newsletter.

Experts say spring can typically be a slow season for lobster.

Fortunately, it's not completely out of the norm for lobster supplies to run a little short this time of year. Martens said spring is usually a slow time for those in the industry because lobsters are migrating up the Maine coast along with warmer waters, and the suddenly limited stock can then drive up prices for consumers.

"The hope is that we'll start to have nicer weather soon and see more lobsters coming across the docks," said Martens. And for more on major changes at your favorite stores, check out This One Thing Is Disappearing From Walmarts Nationwide.